More than a common decorative accessory, the men’s watch is a practical daily companion. Novice and experienced collectors are drawn to the category due to the diversity of shapes and forms in which watches can come.

“Men’s watch collecting has exploded over the past 10 years, and continues to grow in both the contemporary and secondhand markets,” say Melinda, G.G., and Shannon Adducci of Joseph DuMouchelle Estate Jewelry and Auctions. “In high-end watch collecting in general, vintage styles from the 1940s through the ’60s continue to command record-breaking prices at auction.”

Now more than ever, watches are being bought and sold online. Collectors now have access to the finest, rarest, and most sought-after pieces from around the world with the click of a mouse.

Whether you’re in the market for a gold dress watch, a steel sports watch, or an antique pocket watch, it’s important to educate yourself about what makes a piece authentic and valuable.

A Brief History of Men’s Watches

The history of wristwatches is closely related to other major technological developments in the 20th and 21st centuries, but men preferred pocket watches to wrist-worn timepieces until World War I. During the war, many soldiers began to favor wristwatches because they could quickly check and keep time during military movements. After the war, wristwatches dominated the market. 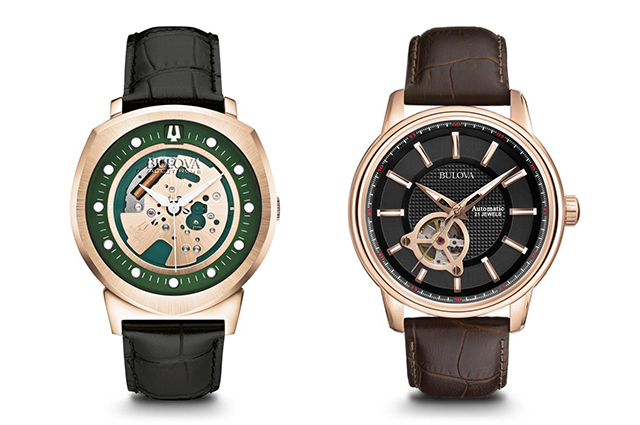 Because quartz watches use a crystal instead of a balance wheel, they are far more precise than mechanical watches. Furthermore, the use of a battery eliminates the need to manually wind the device. These advancements quickly gained favor with the public, leading to the “Quartz Crisis.” Not only did Japan successfully introduce the quartz watch to the market before the Swiss, but Japanese manufacturing capabilities enabled the country’s watch industry to produce large amounts of high quality quartz movements at much lower prices. Japan quickly overtook the worldwide markets, effectively shutting down US watch manufacturing and threatening the Swiss market. A renewed appreciation for mechanical wristwatches arrived in time to save the Swiss watch industry and resurrect certain American and German brands. 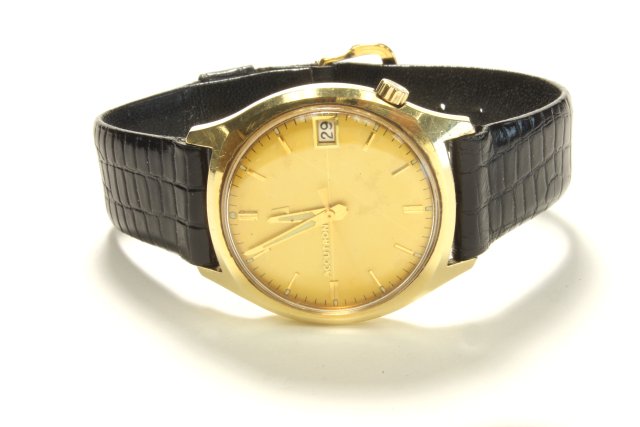 Watches with cases crafted from precious metals are often more valuable and rare. The following rare metals are commonly used for wristwatches:

When a watch is made from a precious metal, it needs to be hallmarked. It is therefore important to verify the purity mark, which indicates the percentage of precious metal used in a watch. In the United States, purity is indicated by stamps, such as “18k,” but many other countries use distinct pictorial marks. 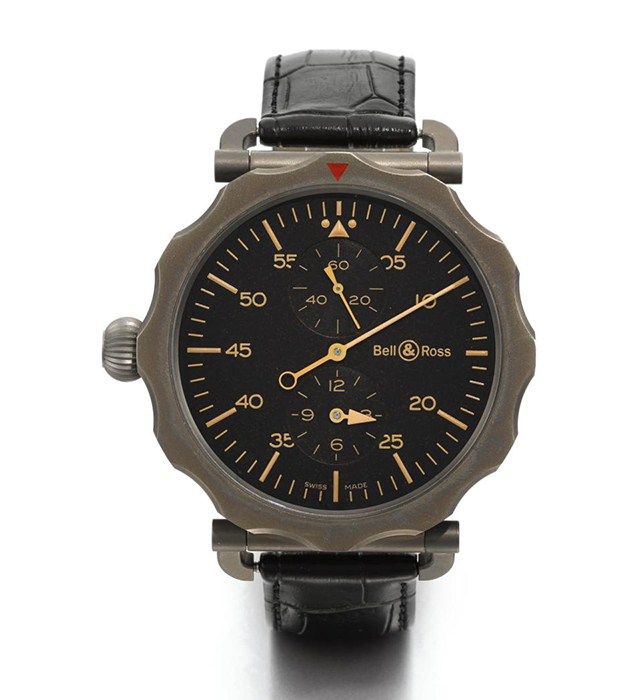 The last two decades in particular showed a significant increase of new materials now used to craft watch cases and other parts. These include:

At the heart of any watch is its movement. In the first wristwatches, movement was created through a mechanical hand-wind. This technology originated from the pocket watch, but evolved quickly as the movements for wristwatches needed to be smaller and more shock resistant. In the 1930s the first automatic movement was developed, followed by the first battery-powered watch in the late 1950s and the first quartz movement in the 1970s.

“Mid-century models command the most bidding action and highest prices. This has to do with both the design aesthetic of the era as well as the fact that once the quartz movement was invented, the watch industry truly changed forever,” say the Adduccis. “Mechanical watches manufactured before this time are truly relics of a business that will never be the same.”

When watch brands use an ébauche, they often give the movement a name and number of their own. It pays to familiarize yourself with ébauches so that you can recognize them when looking at the movement. Some of the most popular include:

Complications, or additional functions apart from telling time, are so named because they make the watch more complicated. Some complications are quite common, while others make a particular watch incredibly exotic or valuable. 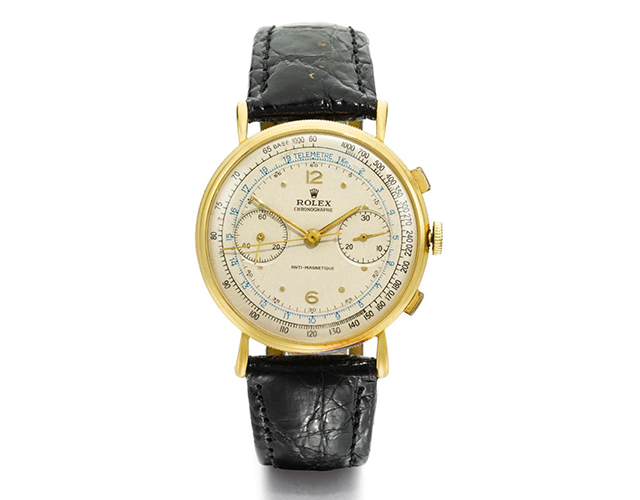 Some common complications are as follows:

Other watch characteristics that make watchmaking more difficult include:

When investing in luxury goods, it’s important to spend some time reflecting on your personal preferences. 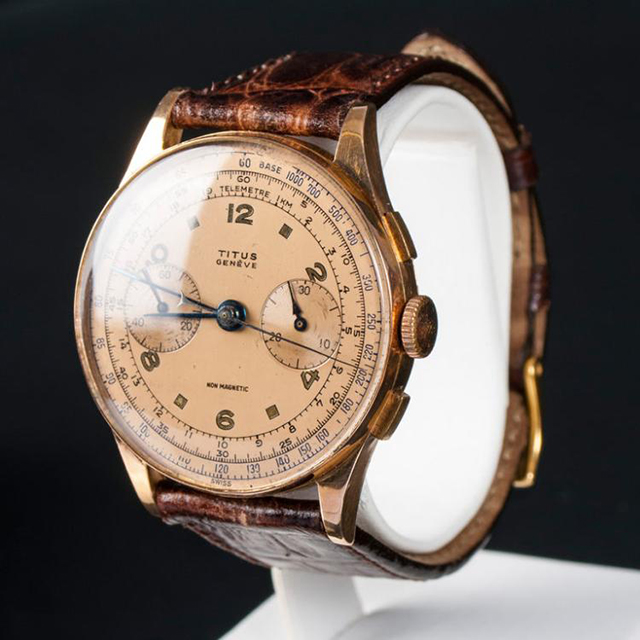 If you’re looking to begin a collection, the best place to start is with the basics. Common watches for beginners include:

“Start by educating yourself on the different types of movements,” the Adduccis advise. “You should also find details that move you – literally and figuratively. They can be vintage dress watches, explorer, or sport watches, or watches with specific movements.”

Most collections are built around certain complications, brands, or eras. Breitling, Rolex, Patek Philippe, are popular brands around which to form a collection. Others specify their collecting by material or aesthetic, for example collecting white gold watches with blue dials or skeletonized timepieces.

When you have obtained a precious watch, performing care and maintenance practices regularly is important so the watch maintains its value. Some important tips include:

A watch that is not in an excellent shape can perhaps be bought at a lower cosy, but remember that this may come at a price. Restoring a watch back to good and fully functional condition can be very costly. It often depends on age, brand and movement, so when going after a bargain it is better to do your homework and check on options and costs for maintenance before you buy. When a brand does not exist anymore, or you want an independent opinion, find a reputable watchmaker near you. Institutes like the American Watchmakers-Clockmakers Institute (AWCI) can help you find one.

Tips for Buying at Online Auctions

“Auction is a great place to start because the buyer has a chance to explore and land on a really fabulous watch that others may overlook. Buying from a reputable auction house allows a collector to purchase an item directly from its original owner, the auction consignee,” say the Adduccis.

The following tips will to help you safely and confidently navigate a watch auction.

According to the Adduccis, a good rule of thumb is to treat a watch like a car, and ask questions you might ask when considering a used automobile. These include:

When buying watches, make sure you buy the real thing. Knowing the hallmarks and details of your favorite watches can help you establish an indication of the authenticity of the watch. Check to see if the watch comes with the original paperwork. For vintage watches, many brands provide the option to have watches authenticated, and such documents can offer peace of mind that you are buying the real deal.

“Most auction houses will be able to guarantee the authenticity of a watch (including movement), so the buyer knows it is not fake. Buyers can and should contact the auction house ahead of time to ask specific questions about the timepiece,” say the Adduccis.

Each auction house has its own registration requirements. For example, on Invaluable, you must register to bid with and be approved by the specific auction house you are interested in. The entire process is straightforward, but is better done a day or two in advance of the sale.

3. Familiarize yourself with the terms and conditions of online auctions or galleries.

If you have a question, ask it, and if the answer is not satisfactory to you, do not bid or buy.

Compare retail prices of similar pieces to make sure your bid is competitive, but not so high that you’d be significantly overpaying. Set a budget beforehand to avoid getting caught up in the auction’s energy.

6. Don’t Bid Unless You’re Sure

All sales are final. Once you have successfully bid and won or bought your object, the auction house or gallery can provide you with a list of good art handling or shipping companies to ship your item. A Guide to Cartier: The Birth of a Luxury Jewelry Magnate
Recent Posts
Categories