Anne Lamort, specialist in ancient and modern books at Tajan, describes collectible books as a “silent conversation” packaged up in a sort of “ornament.” That very definition, says Lamort, reflects two characteristics of the French spirit: the love of conversation and a taste for adornment.

On May 3, the Paris-based auction house will hold an important sale of such books focused on three areas of interest: love, power, and history. What’s more, remarkable historical manuscripts and autographs by artists, musicians, royal figures, and emperors will complement these literary masterpieces. In anticipation of the event, we spoke with Lamort to find out which are particularly significant and why. 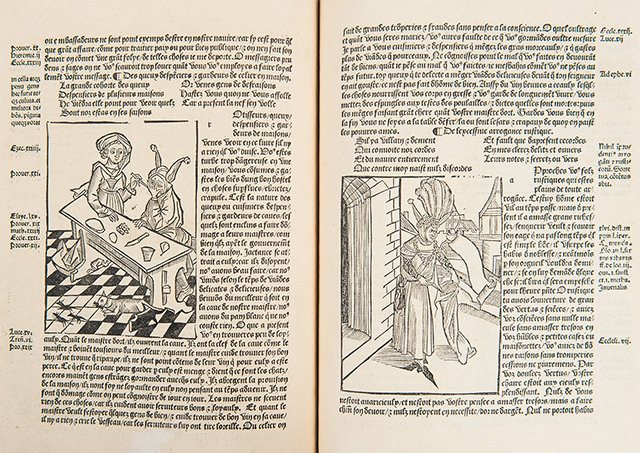 “Considered one of the most outstanding literary works, ‘La Nef des folz’ became popular at the end of the 15th century. This particular lot is the original edition, written in French prose,” says Lamort. “In it, writer Brant vigorously condemns all of man’s flaws, with the goal of bettering man altogether. He highlights various types of ‘fools’ with whom man can identify. His publication coincides with the Lutheran Reformation, culminating in the 16th century, which advocated a purified faith. Thanks to this tumultuous setting, this work was extremely successful and became one of the most important of its time.” 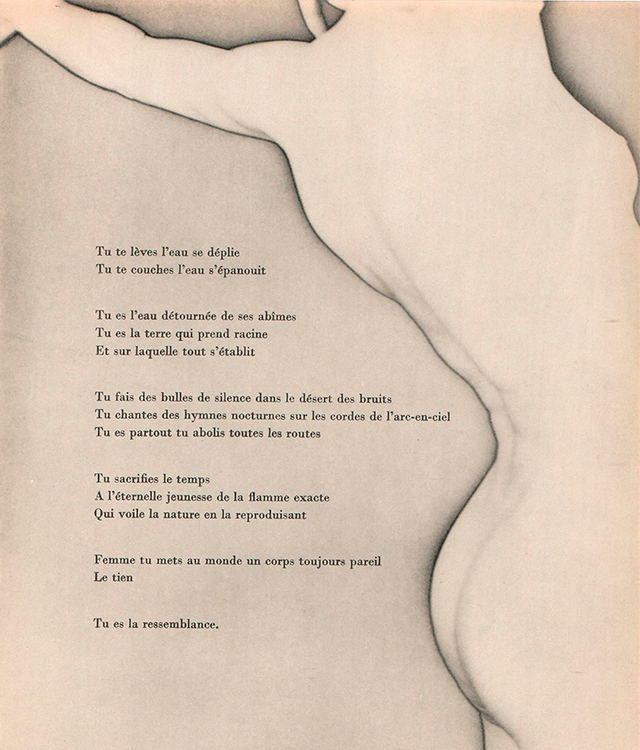 “Within the category of modern books,’Facile’ by Paul Èluard, is a beautiful success in the realm of artist books. It demonstrates a stunning collaboration between the poet and the photographer, and reflects the complicity that unites them. This book serves as a window into the intimate life of the poet, in which Èluard’s wife is photographed in the nude by his friend, Man Ray. Eluard’s free verse poems are intermingled within the curves of the naked female body on a black and white background, and therefore radiating a feeling of intimacy.” 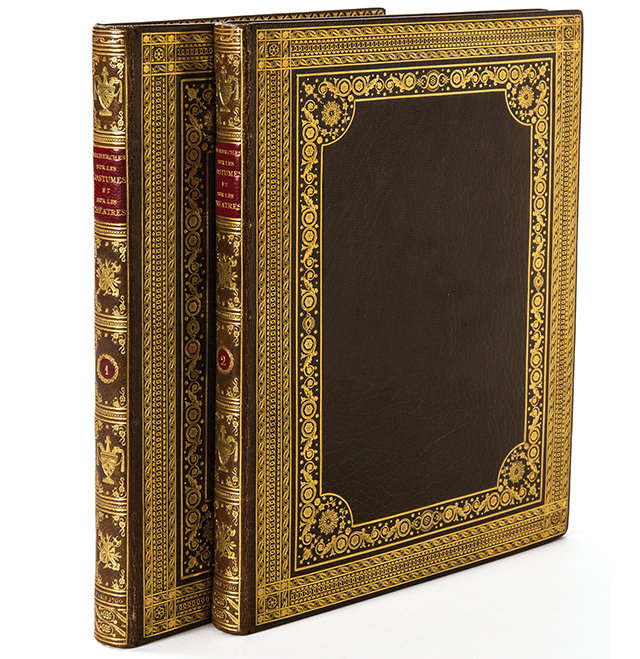 “Toward the end of the 18th century, the book titled ‘Recherches sur les costumes et sur les théâtres de toutes les nations’ by Le Vacher de Charnois was an important part of the famed French dramatist Jean Racine’s study of theater. The book lists Racine’s exceptional theater costume inventory, both ancient and modern, categorized by roles. It is also composed of 55 finely colored plates engraved by Pierre-Marie Alixet. After Le Vacer de Charnois fell victim to the French massacres of 1792, further research by the Journal des Théâtres was brought to a halt and his work remained unfinished.” 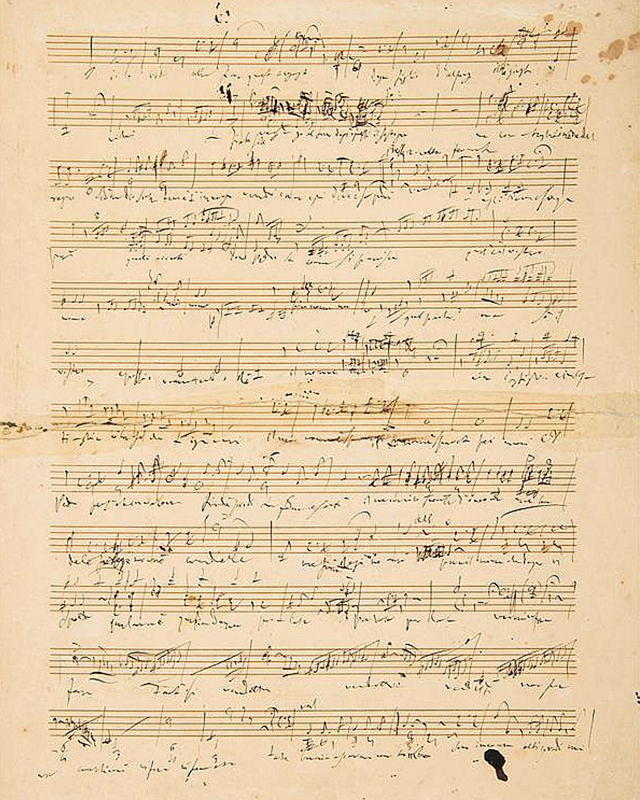 “This is an autographed manuscript version of the musical score of Gaetano Donizetti, the great romantic Italian composer. It has an air reminiscent of the opera ‘Maria Padilla,’ written at the Scala theatre in Milan in 1841. Considered one of the most important 19th century Italian composers, Donizetti is credited with the birth of romantic Italian music after creating his famous opera, ‘Lucia Di Lammermoor.’ Bellini’s heir, Donizetti died in 1848 at the height of his glory. This musical score is one of the last that composed.” 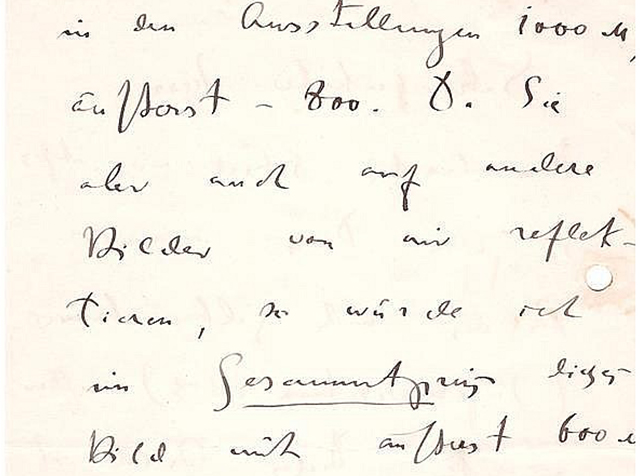 “This lot is comprised of two signed letters by two artistic figures emblematic of the 20th century. The first is a magnificent letter written by painter and art theorist Kandinsky, in which he proposes the sale of one of his works to German Expressionist painter August Macke. The work that Kandinsky is selling is ‘Improvisation 3,’ which can now be found at the George Pompidou Center.” 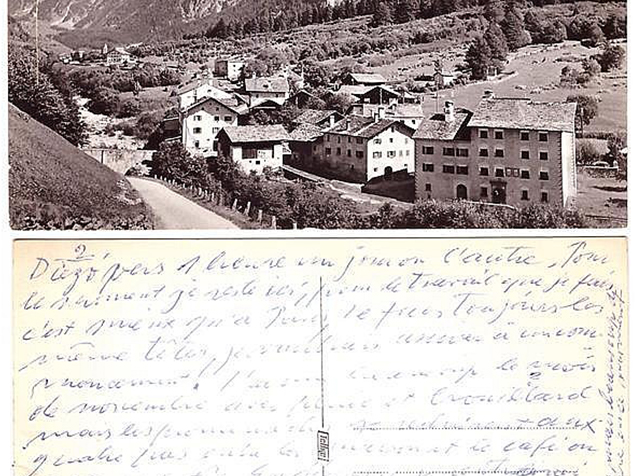 “Here, we have autographed letters by Swiss sculptor Giacometti, describing his artistic life. Having returned to his birthplace in Stampa, Switzerland, he expressed in the letters his pursuit of new inspiration and growth, having become tired of Paris and claiming that there, he was regularly depicting the same faces.”