Within a leafy cloister off London’s chic King’s Road, SalonQP, one of the world’s most respected luxury timepiece exhibitions, will play host a to a rarefied gathering of watch enthusiasts when it returns to the Saatchi Gallery from November 3-5. At the event, an increasingly global pool of watch collectors will have the chance to get hands-on with the newest high-end timepieces, and catch up on the latest watch trends.

While the beauty of a boutique watch show is that all manner of weird and wonderful complications await, there are a few pertinent styles sure to be top of mind among collectors at SalonQP this year – four of which we’ve highlighted below. To pair with modern-day styles, we’ve selected a few vintage, antique, and other pre-owned examples that fit right in with today’s trends.

The Brits Are Back 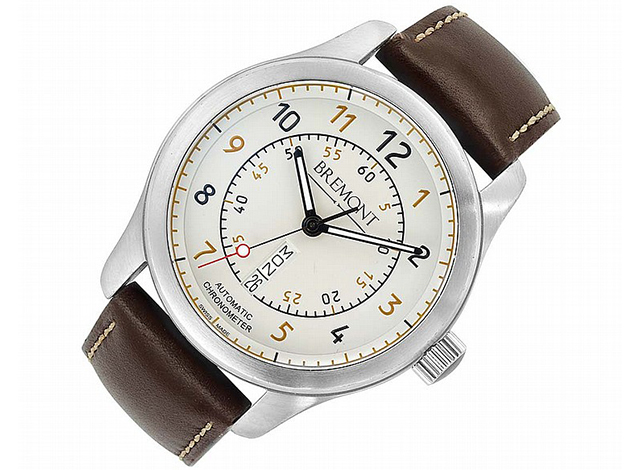 The revival of the British watch scene has been reaching a fever pitch for a few years now. The watchmaking industry originated in the 17th century in Britain, before fiscal influences took the trade towards the Swiss alps – where it became the behemoth we know and love today. It is this rich history that is inspiring young British watchmakers to pick up their tools once again.

There will be a handful of British brands at SalonQP this year, including some of the most successful to date: the aviation-inspired Bremont and the Swiss-made, British-designed Christopher Ward brand. Also present will be horologists’ favorite, Robert Loomes, which makes all its watches and components in England, including a brand new movement, which will be unveiled at the show.

Making a debut at this year’s show will be Canterbury-based JR Bespoke Timepieces, as well as Fears Watches, a British brand first launched in 1846 and revived in 2016 by a descendant of the original founder after a 60-year hiatus. This is the first time these watches will be seen by the public. 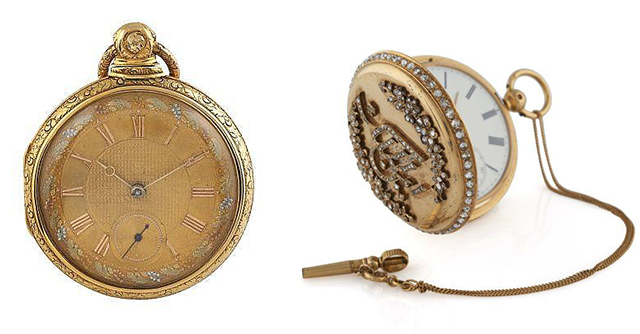 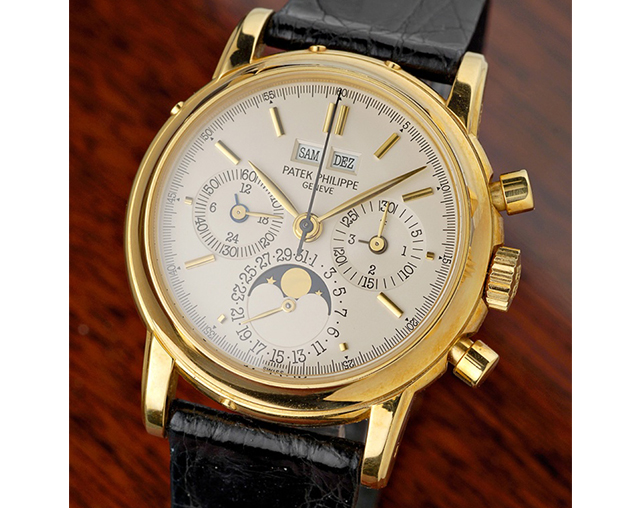 With so many modern watch functions focused on speed and accuracy, it is refreshing to discover new timepieces from brands that draw inspiration from something greater than our daily timekeeping needs. SalonQP will highlight great examples of timepieces that celebrate the cosmos, from simple moon phase complications that chart the monthly position of the moon’s orbit, to more unusual approaches.

Some of these celestial watches embrace the romance of our obsession with the heavens above – Bulgari’s Diva’s Dream and DeWitt’s Moon Abstraction use lapis lazuli dials to mimic a starry night sky, while the Girard-Perregaux Centre of the Universe watch, created through highly skilled gemstone marquetry, pays homage to the maps of Ptolemy and how astronomy was used in the age of great sea voyages.

Others have a more space age, utilitarian approach, such as the Bell & Ross BR-X1 Hyperstellar chronograph that has been designed to be tough enough to endure a space mission, or the MB&F Starfleet Machine clock and HMX watches that light up with neon lume invented by Black Badger, an industrial design firm. Should you wish to see some truly star-struck watches, one brand not to miss at SalonQP is Christiaan van der Klaauw – each of their watches has a complication inspired by astronomy. 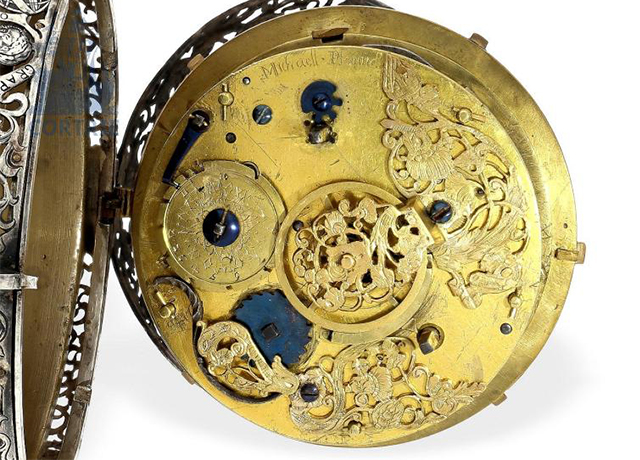 In the same week as SalonQP, this self-striking silver pocket watch, circa 1670, will hit the auction block at Cortrie Spezial Auktionen (November 5). It features wonderful carved and etched scenes of astrologers at work on the case and dial. The starting bid for this watch, which demonstrates just how far back the link between horology and astronomy goes, is €10,000.

While some might enjoy marveling at the wonders of space, most of us are mainly concerned with earthly journeys. To that end, watches with a world timer function or watches that offer a second time zone can be a great way to manage a hectic travel schedule.

Montblanc is celebrating its 110th anniversary at SalonQP and will show watches inspired by the golden age of cross-Atlantic travel that was in fashion at the time the brand was founded. Its 4810 collection “made for the modern traveler” includes a pocket watch and wristwatch with a world timer that allows you to ascertain – at a glance – the time in 24 zones across the globe.

But world timers do come with a lot of text, so if you prefer your dial a little less cluttered, try a second time zone complication. These can be displayed simply by an additional hours hand or small sub dial – Manufacture Royal’s 1770 Haute Voltige perfectly exemplifies this in a watch powered by a mechanical movement developed in-house. For a watch dial that simply celebrates the beauty of the globe, stop by Laurent Ferrier to see the planet Earth realized in enamel. 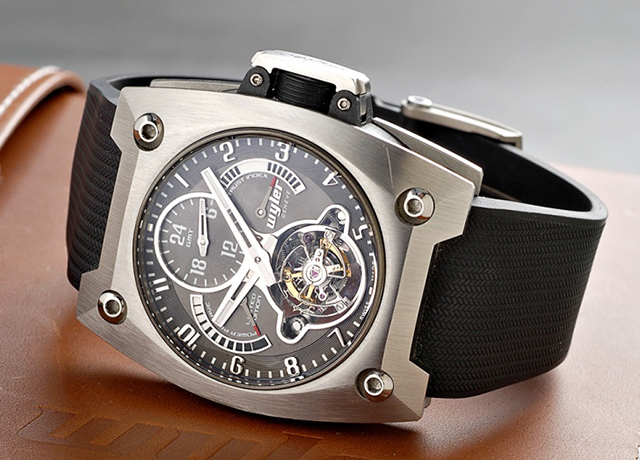 One of the simplest – yet most enduring – watch trends of recent years is blue watches. In the wake of world timer complications and watches geared for intergalactic travel, this might seem too simplistic, yet blue hues can create a powerful look, whether washing over the entire wristwatch from dial to buckle, or adding a punchy accent by livening up steel hands or components.

There are many ways to introduce a shade of blue to a watch. Steel or titanium can be anodized (heat treated) to turn the metal blue, or a blue PVD coating can be applied to cover metal in the shade – this has the added benefit of protecting the watch from scratches with a toughened layer. On the dial, more exotic blue materials can be used, such as mother of pearl, lapis lazuli or enamel.

For a quick update to a watch you already own, you could fit a new blue strap, allowing you to switch back to something more classic when fashions change. And considering how steadfast watch collectors’ love of blue has been, this could become a modern classic itself. 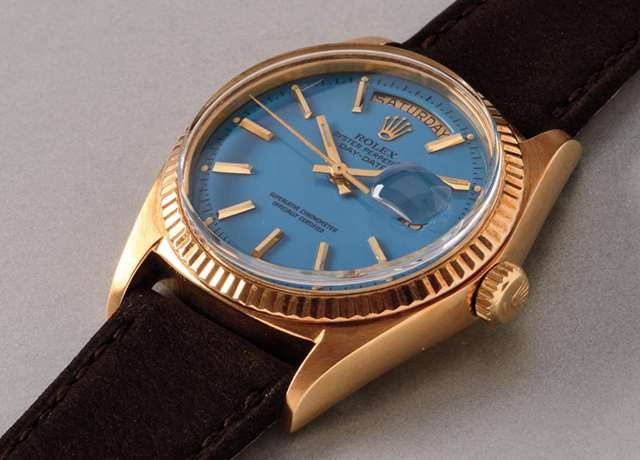 In the weeks following SalonQP, Phillips will host their fourth Geneva Watch Auction across two sessions. Among the watches up for offer on November 13 will be a rare, yellow gold Rolex with a blue lacquered ÒStellaÓ dial from 1973.

Rachael Taylor is a freelance journalist who writes about jewelry and watches for a number of titles, including The Financial Times. In her 10 years reporting on this rarified world, she has travelled to industry fairs throughout the globe, a Fairtrade gold mine on top of a Peruvian mountain, silver jewelry factories in Thailand, and regularly has access to the most sparkling jewels and people in the business.