Beyond these notable sales, respected auction houses around the world touted impressive year-end results. We rounded up the founders and head specialists at 12 of our partnering houses to get their thoughts on the most exciting trends of today and forecast the next big ones to come.

1. What is selling well in art, antiques, and collectibles at auction?
2. What are people looking for, bidding on, and buying?
3. What’s your prediction for the next big trend in 2016?

We had a very successful October sale, as we were able to offer quality artwork at all price levels. The bottom line is that buyers want to purchase the highest quality works by the artist that they can afford. Quality prevails, and I do not see that trend changing in the near future.

We have noticed a lot more people want to bid online than in the past. We only have two sales a year, in April and October, but we just incorporated January and June online-only sales to sell $1,000-5,000 items. We added these online sales to both accommodate what we can’t fit in our regular annual sales and to appeal to a crowd of new collectors buying works in those lower price ranges.

Overall, I expect that online bidding will continue to increase throughout 2016.” 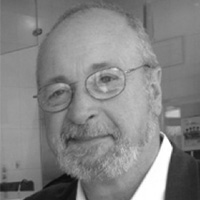 “The hottest thing in the Asian market today are Buddhistic objects, including paintings, Thanghas, and bronzes. These have sold very well for us over the past several years, and we expect them to continue to be popular in 2016.” 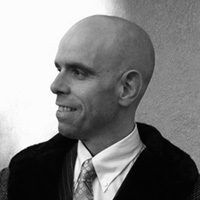 “From a traditional standpoint, 17th-, 18th-, and 19th-century paintings, decorations, and furniture are doing well. Sales with interesting provenance or backstories are making the biggest difference in the market. We find that telling a story along with the item seems to better engage people.

As for what’s emerging this year, we’ll see more interesting jewelry sales and 20th-century fine art, a big area for us since we’re New York City-centric. We’re always finding something interesting to sell, whether it be multiples, contemporary prints, or original works. That’s always been a good market for us.

But the market has changed 1280 degrees in 20 years – we’re trying to keep things moving in the right direction. Probably at least a third of our buyers have shifted to buying online, so I think as an auctioneer, we’ve seen lots of changes in the room, and they’re working just fine.” 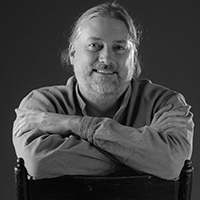 “Southern furniture and decorative arts continue to perform very well in the market place, especially pieces with strong provenances. Collectors are looking for pieces that they can connect to; objects that have contextual meaning. They want to know where they were made, who made them, who used them, and how they were used. Being able to understand and convey these attributes is essential to these pieces reaching their full potential at auction.

As far as predictions for this year, I think collectors will continue to return to the market place in response to the great values that are currently available.” 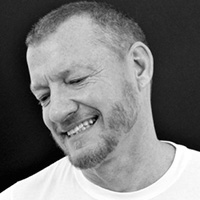 “The big names in 20th-century design and art are still highly collected and sought after, including Paul Evans, George Nakashima, Tommi Parzinger, Venini, and Andy Warho. These names will continue to increase in value and set new records.

About ten years ago, Brazilian furniture was introduced to the American market. We are definitely seeing increased interest in the Brazilian designers. Their emphasis on good design and quality craftsmanship and materials makes them desirable. Sérgio Rodrigues and Joaquim Tenreiro are the most prized of the Brazilian designers, pieces by whom are a good value and will increase significantly in the next few years.

If you can afford it, this year, we suggest buying the best lines produced by leaders in the 20th century. Perhaps a Paul Evans brutalist metal cabinet, a George Nakashima Minguran coffee table, or an Andy Warhol limited edition Mao.”

“I think we’re going to see collectibles and Brown furniture that have been poorly performing worsen over the next 10-20 years. That will impact prices for classical objects that have been collected for the next 50 years.

The demand for modern design will continue, and we will see a continued rise in natural decorative objects – driftwood, marble, and other elements that work really well with modern design. I could sell a piece of driftwood for more money than I can an armoire.

I think it’s hard to say what’s going to happen with the Chinese market – the world will look at global trends to see how global economics play a role in collecting in emerging cultures. It will be interesting to see how that evolves this year. I think the Chinese market will continue to stabilize.

The other trend that we’re starting to see now that I believe will continue is an increased demand for quality English furniture, coming from England. American furniture will stay flat, but we’ll slowly see trends for increases in value for English furniture. I’ve seen this start to happen and I’ve heard a few people say this – we might see the English buying back quality objects in small quantities, and it will be interesting to see which items outperform American items.”

“Right now, unheated natural Burma rubies, as well as unheated natural Burmese and cashmere sapphires, are bringing exceptional prices. When it comes to trends, they are both up and up dramatically right now. This is of course because they’re rare, and there’s an international demand that’s much higher than it’s been in a long time.

Natural pearls are doing really well and will continue to sell in coming months. Anything in fine jewelry is still very strong, particularly untreated natural-colored diamonds and fine men’s watches.” 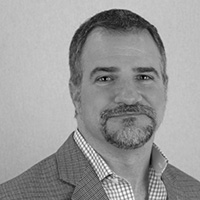 “Toys and other collectibles that elicit nostalgic memories will generally do well at auction, but people’s tastes have changed over the past five years. Right now, Star Wars toys from 1977 through 1984 as well as most action figures from that period are doing well at auction. Hot Wheels Redlines and AFX Aurora Slot Cars from the late 1960s through the early 1970s are doing well but they may lose their steam like the 1930s Lionel and Marklin trains did.

Recently, we saw a large collection of lunch boxes do very well, including a 1954 Superman lunchbox that realized $1,200 and a 1963 Jetsons Dome metal lunchbox made by Aladdin that sold for just under $750.

The Chinese antique market shows no sign of slowing down. As China’s burgeoning economy blossoms and its new affluent “middle class” begins to collect history, the world is the new market and Asian collectors are proving to be serious shoppers. Recent examples include a bronze statue from the Ch’ing dynasty that realized $96,000, a Zitan wood chest from the Middle Qing Dynasty that sold for $10,000, a pair of Chinese summer palace chairs that sold for $10,000, and sterling silver enamel Chinese foo dogs that realized $1,100.” 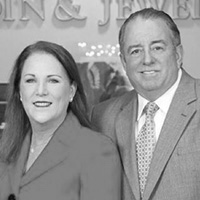 “For coins, who can tell the future? That said, after over 50 years of collecting coins and after over 40 years as professional numismatists, our feeling is that some coins are sleepers. For instance, two cent pieces in high grade are cheap, as well as early high grade common date Washington quarters. Just take some common date coins from the ’30s through ’50s and see how many you can find in high grade at one of our next coin auctions.

Also, we’ve found that people want to invest in rare coins and bullion but are skeptical because they have never done it before.

‪Collectibles like Waterford crystal, Ladros, Steuben glass, Lalique, Swarovski crystal, musical instruments, vintage petroliana, antiquities, and firearms continue to be popular items in our international auctions.‬‬ The trend in jewelry seems to be toward vintage jewelry, including costume jewelry as well as in loose stones such as diamonds.‬‬‬‬‬‬‬‬‬‬‬‬‬‬‬‬‬‬

We are seeing more and more auction lots being sold on the internet all over the world, especially with trusted auction houses like ourselves and on internet platforms like Invaluable.‬”

“Trending in a positive way are U.S. and worldwide banknotes among beginning collectors, sophisticated collectors, and dealers. I’ve been seeing increased interest in stocks and bonds – increased sales over the last year versus a year or two ago. Scripophily has been picking up among collectors, after having been a dealer-based market over the last 10-12 years. For banknotes, the market really never slowed down. If you have the materials and they’re priced fairly, you’ll have the buyers.

Coins are also always popular, especially fairly or conservatively priced collector’s coins. We found that pricing things fairly is key – letting the market determine what the market can bear works better for us. A lot of dealers don’t want to recognize the market as a determining factor.

I predict the market will stay strong this year, but for a number of different countries, collectibles end up being a hedge against inflation or currency devaluation.”

“We’re the type of gallery that auctions A-Z. We pick up items from estates, and it can be anything from carpets to china cabinets to china. We definitely have a broad spectrum. Within that, what we have found is a couple of things – one is that the unusual always sells.

Within categories, we’ve seen a pickup in brutalist-style metal sculptures – that would be sculptures that goes on the walls, or on a pedestal outside. We’re seeing those often spark bidding wars. The other items that seem to do very well with us are estate jewelry – particularly the big, bold bracelets, necklaces, and earrings. Also, of course what’s selling very well in any design magazine or newspaper now is mid-century modern furniture. Vintage couture clothing is also big – Chanel, Hermes, French and Italian designer clothing, it’s all making a comeback. Even men are buying vintage clothing.

Overall, the oddities will always sell online. You can search Prada bags and see hundreds of options come up, but designer bags are less scarce than something as unique as antique carnival heads. Those kinds of things I think will always sell. Jewelry will also continue to sell well – right now, chunky items are in, and that trend could carry further into 2016.” Specialists Speak: Brexit and the Future of the Fine Art Market