When the United Kingdom voted to leave the European Union on June 23rd, the historic vote caught the world by surprise. As voting results flooded in, the pound sterling dropped against the dollar, stocks plummeted (with the FTSE 100 to return to pre-Brexit levels within weeks), and concerns rose over how effects would ripple across stakeholding nations.

As the wider financial implications play out, the question of how the Brexit decision affects the current and future art market looms. To get the conversation started, we spoke with eight specialists at our partnering auction houses in the U.K. and U.S. who have varying experiences and perspectives on potential changes to the landscape in months to come. Despite these differences, overall views on long-term effects on the market are optimistic. 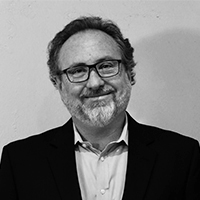 “Since the Brexit vote, things have been fairly quiet in regards to any inquiries from possible buyers coming from the U.K. which is one of our main markets for 17th through 19th century European paintings and sculpture. I have no doubt that this will be a short-term effect though. Fine art is not a necessity for a British household, but a luxury, or in the present market, an investment for some. So when the dust settles and their economy starts back up again, I believe all will be fine.

The international art market will not exclude the U.K. for the Brexit vote. The UK has some of the highest caliber galleries and dealers who are well recognized beyond their own country. Categories and genres of art that that are purely British and appeal only to those collectors may be flat however until that economy as a whole picks up again. This may be a very good buying opportunity for those who are savvy.” (Photo credit: Sue Bischofberger) 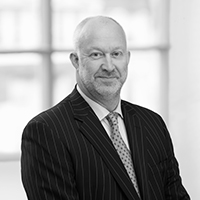 “The London sales in the immediate aftermath of Brexit seem to have been quite solid and even successful with a reported spike in the number of U.S. and Asian bidders taking advantage of the favorable exchange rate.

Clearly the British art market is very London-centric which solidly voted to remain in the EU – as did Scotland and Northern Ireland. London and its culture is the antithesis of the ‘Little England’ mentality. It has been a bastion of the international art market for centuries and I believe once the aftershocks of Brexit have subsided and the dust settled it will continue to be so. Within the U.K. and the global market it almost operates as its own nation state and has been both resilient and able to adapt to change throughout its history.

It now seems apparent that the proponents of ‘leave’ were as surprised as everyone else by the outcome and have no real exit strategy. The analogy of the car chasing dog finally catching up with its prey is an apt one. To that extent, it is too soon to predict what the ramifications will be for the wider U.K. market and how it will impact on buyers/collectors on a national level. Turbulent but exciting times!” 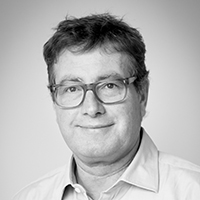 “In this first flush of post-Brexit trading we have seen the predictable and counterbalancing impacts of caution, driven by economic uncertainty, with the increased attractiveness of sterling-priced assets for U.S. and Europe-based collectors.

Most of the important global art trading centers operate in fiscal environments that are economically hostile to foreign sellers and buyers. I believe that London’s continuing position as a dominant transactional centre for the art market will not be significantly impacted. There is possibly an argument to be made that if the government espoused ‘ideal’ trading relationship with Europe, from a broad economic perspective, can be negotiated that London may become an even more significant import/export hub for trade between Europe and the U.S./Asia.

In terms of how it will affect the landscape for buyers and collectors interacting with Britain or other markets in the U.K., it’s entirely down to buying power and transactional friction costs as impacted by sterling currency value and export/import taxes.” 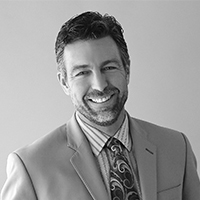 “Garth’s and Selkirk’s July auctions had exuberant bidding from our clients in England, as well as the rest of Europe. If anything, bidders seemed more engaged and enthusiastic than ever before.

England has always been a powerhouse in the fine art market. Competition for great paintings and antiques should not be affected by England’s split with the EU collectors (and dealers buying for collectors) are driven by finding good things within their area(s) of interest; economic conditions notwithstanding, Brexit really should not have much of an impact on American houses. Whether we are exporting to an individual country or the EU, shipping will remain the same.

Future changes to VAT laws and rates as Britain develops a more concrete plan around Brexit may affect trade, but it seems a favorable trade agreement with the U.S. would be of interest to both sides, so we remain optimistic that antiques and art will continue to flow freely across the Atlantic.” 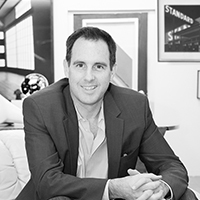 “We have seen an almost immediate change in the fine art landscape since the Brexit vote. Our top clients have been suddenly interested in buying from English sources because of the rare discount associated with the currency drop, which favors our American buyers. Going forward, the art market will likely even out any currency exchange anomalies pretty quickly.

We have already seen increased interest from European sellers, including several Warhol collections in Britain, who are looking to take advantage of the California market. This could reverse the recent trend of commodities like prints and editions selling to European clients.” 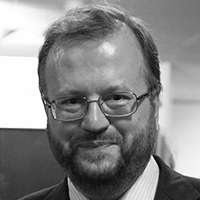 “Brexit is good for us, as for most companies dealing mainly with countries outside the EU; in our case we are a specialist Russian art auction house, with supply from the U.S., Israel, and elsewhere outside the EU and buyers from Russia and Ukraine both much more important than buyers and sellers from the EU.

This is even more true for fine art, as there is no common market in art in Europe; export restrictions mean you can’t simply buy a painting in France and carry it to Britain. Worse, the EU has meant additional restrictions on the art trade, such as Artists Resale Right and import VAT, which could possibly now go. Free movement of labor has not helped us either, as the foreign staff we wish to recruit are mainly from Russia, Ukraine, and Belarus, outside the EU; it should not be any worse now, and there is the possibility of a more balanced approach, less easy for EU citizens, but less restrictive for non-EU.

It’s too early to see any changes yet, but we will and they will be good for us. Going forward, in terms of the effect on the international fine art market, it’s generally positive; our biggest worry had been competition from Geneva, not Paris, because it had the advantage of being in Europe, but outside the EU.

There is no common market in art in the EU, so Britain leaving is no disadvantage, and perhaps we will be spared some of the restrictions created by the EU such as Artists Resale Right.” 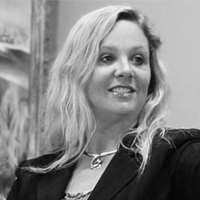 “Buyers from the U.K. typically only make up about 5 percent of our sales on average. The low to middle market for paintings from Europe in general has suffered since the Global market crash in October of 2008 and we have not seen the interest levels change much since that time.

I don’t think we will see the effects of Brexit on the art market for many years to come. Often, in times of economic unrest, the art market performs even better. Buyers look at art as a tangible asset, and it is complementary to investing in stocks. I assume that this will also hold true of changes in the currency markets. As always, the global economic changes will not have much effect on the high end of the art market, although sellers will probably wait until the dust settles before consigning high end works.”

“We have already seen changes to the landscape since the Brexit vote was confirmed. The drop in value of sterling has helped us compete with the London auction houses for consignments of Irish art. On the other hand, the strength of the Euro will damage sales to the U.K.

Unless the U.K. gets a free trade agreement it can accept, which seems unlikely, the reintroduction of VAT at point of entry will be a big hurdle for trade. Here in the Republic of Ireland we would have to pay 23 percent VAT on art, antiques, and collectibles imported from the U.K., including across the land border with Northern Ireland. UK buyers will have to pay 20 percent VAT on point of entry for art and collectibles from the EU. I think this will be a great disincentive for collectors and dealers to do business with the remaining EU. countries.

Over 70 percent of our export business is with the U.K. so we are naturally worried about the reintroduction of border controls and VAT at point of entry.” The State of the U.S. Art Market in 2017
Recent Posts
Categories