Despite their continuous participation in the visual arts as creators, patrons, and collectors for centuries, women and minority groups have been far less represented – in comparison with their male counterparts – within the discourse of art history. In the academic discipline, which emerged as we know it in the 19th century, women were consistently relegated to the role of subject or muse.

Until the second half of the 20th century, the list of prominent women in the art world included only those who were lucky in their association with male artists or family standing to transcend the second-class nature of their gender: artists such as Artemisia Gentileschi, Berthe Morisot, and Mary Cassatt, and patrons such as Isabella Stewart Gardner and Gertrude Stein.

Feminist Art emerged as a movement in the late 1960s amidst the wave of counter-cultural demonstration and thought. Art historian Linda Nochlin pioneered feminist art history in her seminal essay, “Why Have There Been No Great Women Artists?” in 1971. Since the 1970s, critics and historians have begun to reevaluate female artists’ contributions to the canon.

Viewpoints that were once dismissed entirely, like those from female, Black, or queer artists, are now at the center of critical dialogue and contemporary art. In recent years, top publications have reported on art market figures that show a clear gap between male and female artists as they relate to gallery, museum, and art fair representation and prices.

While the second half of the 20th century sparked discussion, awareness, and subsequent change, we still have a long way to go. We sat down with six specialists to talk gender gap in the art market, efforts to level the playing field, and the game-changing artists (past and present) that you should know. 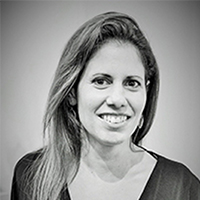 On efforts to change the landscape:

“Institutions like the National Museum of Women in the Arts have made it their mission to re-write history books, allowing important women artists to gain the recognition they deserve. It is only through this recognition that we will begin to see a rise in market value. Our goal is to feature female artists alongside their male contemporaries, often bringing awareness to lesser-known female artists that were equally important to a particular movement. While female artists have generally been underrepresented and undervalued, I believe the market is continually changing and has vastly improved in terms of equal opportunities for artists to exhibit their work in both gallery and museum settings.”

“It would be impossible to write on noteworthy female artists without mentioning Yayoi Kusama. She was exploring Pop art, Minimalism, and Feminist Art movements well before they were popular; she influenced an entire generation of artists both male and female. Likewise, Marina Abramovic, the self-described ‘grandmother of performance art’ has also had enormous influence. Abramovic has put herself into extreme physical and mental situations to move viewers out of their ordinary patterns of thinking.

Abramovic is herself the subject of a print by Emily Lombardo, one of the noteworthy artists featured at Childs Gallery. Lombardo has recently completed ‘The Caprichos,’ a series of 80 etchings in direct conversation and homage to Francisco Goya’s ‘Los Caprichos,’ 1799. Both brilliantly reveal the dark underbelly of cultural movements that ultimately serve to divide society across economic, racial, political, religious, and gender lines. Lombardo brings these issues into contemporary light through a queer feminist lens. The complete series will be exhibited for the first time at the IFPDA Print Fair in New York.” 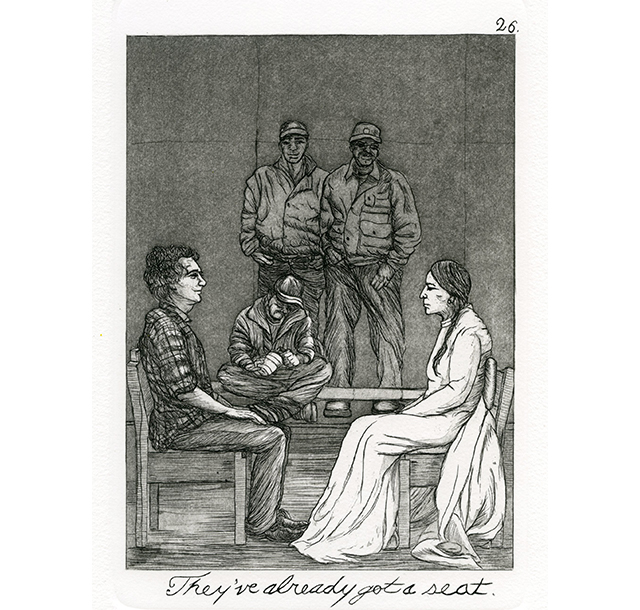 “They’ve already got a seat” by Emily Lombardo, Plate 26
from The Caprichos, 2013-2016, etching and aquatint.
Photo courtesy of Childs Gallery. 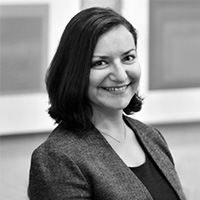 On the market’s leading artists:

“Artists like Helen Frankenthaler, whose auction results just broke one million dollars with several records in the past two years, and Joan Mitchell, whose results broke $10 million in 2014, are prime examples of women whose work is an important part of the canon but sells for only a fraction of work by their male counterparts. I anticipate that prices for these artists will continue to climb as female bidders have increased buying power and market share and as male bidders recognize this disparity. The optimist in me hopes that the upward trend continues and eventually hammer prices reflect more equality.” 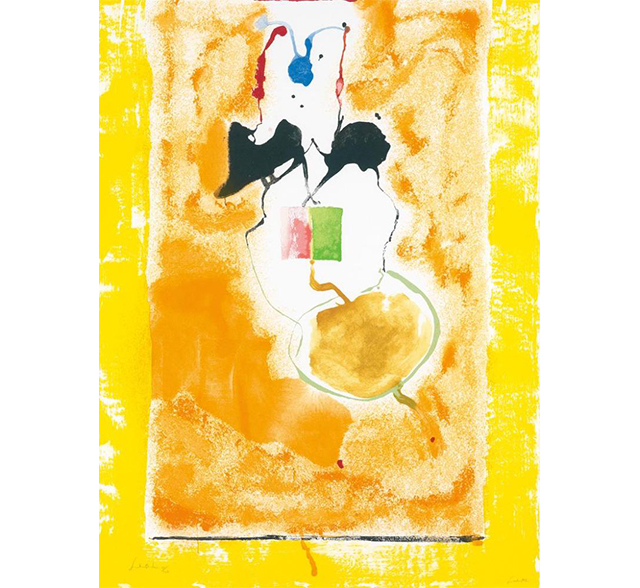 “The most exciting work produced by contemporary female artists today addresses these issues. Projects like Kim Schoenstadt‘s ‘Now Be Here,’ a group portrait of hundreds of female artists, acknowledge the systematic lack of female inclusion in museums, galleries, and auctions. As a result of this type of work, collectors may begin to see gaps in male-dominated collections, and increased demand may shift the market towards the dynamic work women continue to create.” 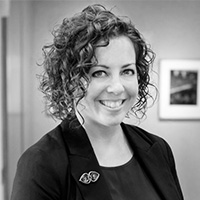 “Photography has always been something of an equal-opportunity field, with early practitioners including many women who worked to advance the field. This illustrious roster includes Anna Atkins, Julia Margaret Cameron (both Atkins and Cameron have sold for six figures at auction), and many others who worked as studio photographers through the 19th and early 20th century.

The only woman to break into the list of the top photographers at auction has been Cindy Sherman. While others like Dorothea Lange have achieved substantial prices, none come close to the $1 million-plus prices achieved by male photographers. This mirrors the narrative of photographic history that developed (by men!) in the last century and the narrative of our greater cultural history.” 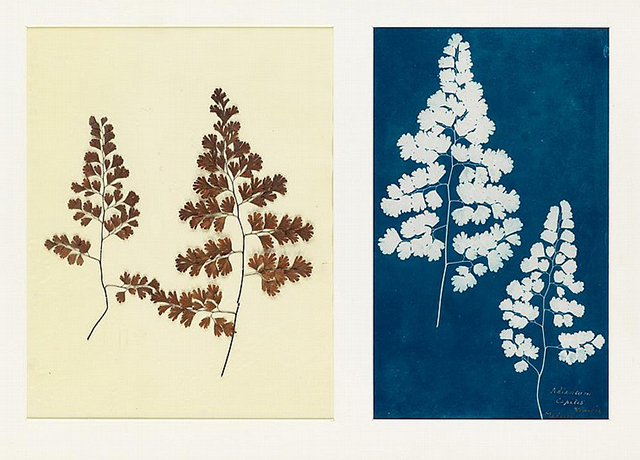 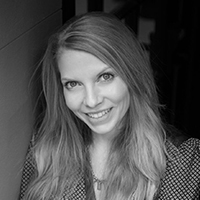 On the imbalance of representation:

“The problem with gender inequality in the art world begins long before an artist’s work makes it to auction. How many more men than women were admitted into visual arts programs ten, twenty, fifty, one hundred years ago, compared to the male/female admissions ratios today?

European institutions were much slower to start admitting women than art institutions in the U.S. The École des Beaux-Arts was founded in 1648 in France, and it wasn’t until 1897 that they admitted women. The Pennsylvania Academy of the Fine Arts was founded in 1805, but it wasn’t until 1844 that women were granted limited access to their training and programs. Only in 1868 did women have full access to all the Academy’s programs.

Still to this day, many more men are represented in galleries than women, and male-dominated artist rosters mean more exposure to collectors and collecting institutions. The overall mentality of who can sell and gain the most attention still skews male. Perhaps we will start seeing changes in the market because of the rise in female-owned galleries and student bodies that now have a strong female presence.” 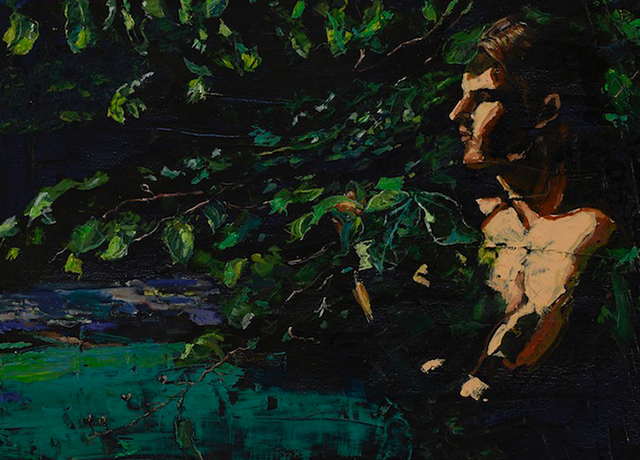 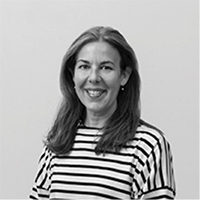 On the term “woman artist”:

“It is fundamentally disappointing that we still divide artists into categories of male and female, yet this mirrors the issues of equality and feminism that our culture still struggles with on the most basic of levels. Throughout history, art academies, patronage, gallery representation, and curatorial interest has benefited male artists over female artists, and this in turn has affected the art market and the value of art made by men versus women. While our society is grappling with inconsistencies in equality on a large scale and making some strides towards the positive, I do not see the overall stratified nature of the art world, and the business world as a whole, changing significantly.”

The Game-Changers“Two of my favorite artists are women, Vija Celmins and Joan Mitchell, both of whom have seen market success on the primary and secondary levels. Several female artists are in the spotlight right now with significant museum exhibitions, Agnes Martin at the Guggenheim and Carmen Herrera at the Whitney. I think it is fair to say that all of these women would have received the praise and notoriety they deserve earlier in their careers had they been male. Their talent is not questionable; it is only the limitations of society that have held them back.” 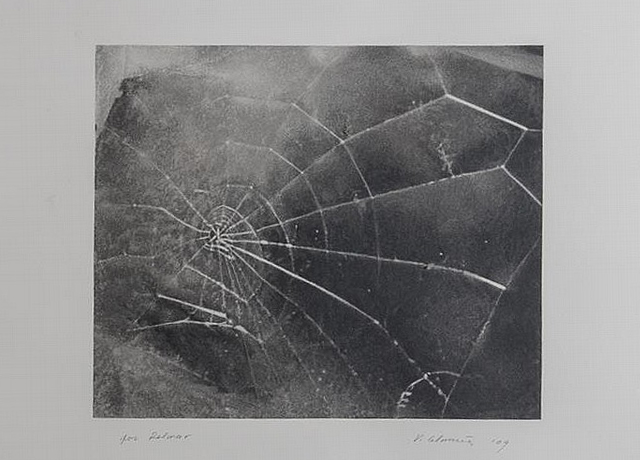 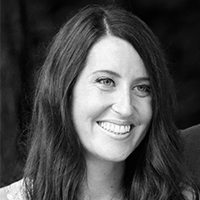 On why female artists are not among the elite nine-figure club:

“For one, museum collections and institutions overwhelmingly consist of works by male artists; directorships of the elite museums (those working with the highest budgets) are held primarily by men. There are fewer works by women in collections, fewer solo shows and retrospectives by women, fewer women running the most influential arts institutions, and thus less press coverage, and less visibility. Ultimately, with significantly less exposure in museum collections and exhibitions, works by women at auction result in much lower prices.

The highest priced work by a woman at auction is Georgia O’Keeffe’s ‘Jimson Weed/White Flower No. 1,’ 1932, selling at $44.4 million. O’Keeffe has certainly laid a path for other artists who have attained great critical acclaim – as of late such as her former pen-pal, artist Yayoi Kusama, whose highest auction record to date is $7.1 million.

There are still many significant female artists who are underperforming at auction despite great critical acclaim, which presents an opportunity for savvy collectors. Helen Frankenthaler’s highest auction price is $2.8 million, while works by her contemporaries sell for considerably more; Frankenthaler’s former husband Robert Motherwell’s highest priced work at auction is $3.6 million. You can grab a work by Elaine de Kooning for a drop in the bucket with a high auction price of $75,000, compared to her husband, Willem de Kooning, whose auction high exceeds $32 million. Or why not invest in a work by Lee Krasner, wife of Jackson Pollock? Krasner’s highest auction price is a meager $3.1 million, a bargain compared to Jackson Pollock’s record of $58.3 million.”

The Game-Changers“Despite the gender disparity of the art market, there are many noteworthy works by contemporary female artists heading to auction this fall. Two stand-outs in our upcoming sale are works that hail from the collection of former Silicon Valley venture capitalist Thomas J. Perkins: Kazuko Inoue’s ‘Untitled,’ 1990, oil on canvas, and Squeak Carnwath’s ‘What is Red,’ 1994, oil and alkyd on canvas, each carrying an estimate of $5,000-7,000.” 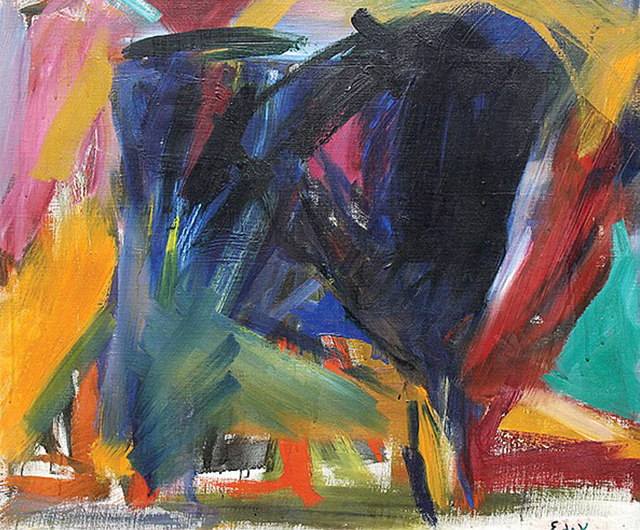 While the road ahead of us is a long one, discussions of diversity and canonical contributions in art history are at the forefront today, thanks to initiatives by groups like the Guerrilla Girls, an art collective that emerged in the 1980s to address the lack of female representation in major institutions.

In an interview with Steven Colbert earlier this year, the group explained, “A lot of people thought that [the gender gap] was an issue in the ’70s and ’80s, and then it was solved. But it hasn’t been.”