Founders of the Caramoor Center for Music and the Arts, Lucie and Walter T. Rosen traveled the world in the 1920s and ‘30s, collecting fine and decorative art from the most renowned dealers. The Rosens’ estate, now the Caramoor Center open to the public in New York, is considered “a work of living history” with its ornately decorated rooms filled with textiles, vases, sculptures, and artwork spanning a range of cultures and time periods.

As part of Decorative Arts Week, Sotheby’s will hold the European Decorative Arts from Caramoor Center for Music and the Arts auction on April 12. The event will serve as “a wonderful taste of the past,” says Margaret Schwartz, Sotheby’s Senior Vice President, Head of Department, European Sculpture. “It involves such a wide range of objects, from ceramics to tapestries to ironwork to hardstone carvings, furniture, and small decorations. It’s a lovely swath of different periods from Renaissance through Rococo.”

Featuring Venetian lacquer furniture as well as a pair of George III pine pedestals, Swedish porphyry vases, and more, the sale reflects a “wide variety of pieces from different countries that seem to fall together beautifully,” adds Schwartz.

As a guest curator this week, Schwartz stepped in to select some of the most interesting, highly anticipated pieces up for offer. 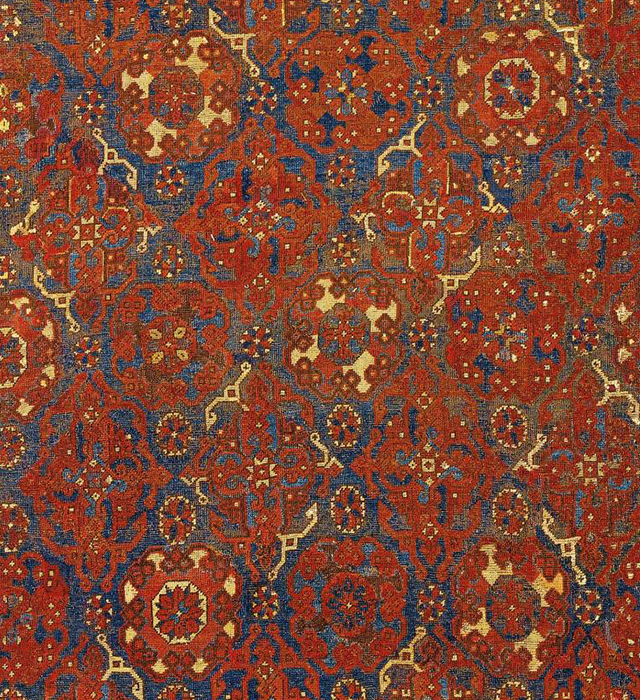 “This is an Oushak small pattern Holbein carpet from the late 15th/early 16th century, a date which in itself is rare. We know that there are approximately only 70 of these in existence, and about 20 of them are in private collections; most are in institutions,” says Schwartz. “What makes this one particularly rare is both its provenance and its large size. Most of these are fragments cut down from larger pieces. But this is noted in literature for being large for its kind. That’s really exciting for collectors – a carpet of this size from this time period. People both inside and outside of the textile world have shown interest in the piece.” 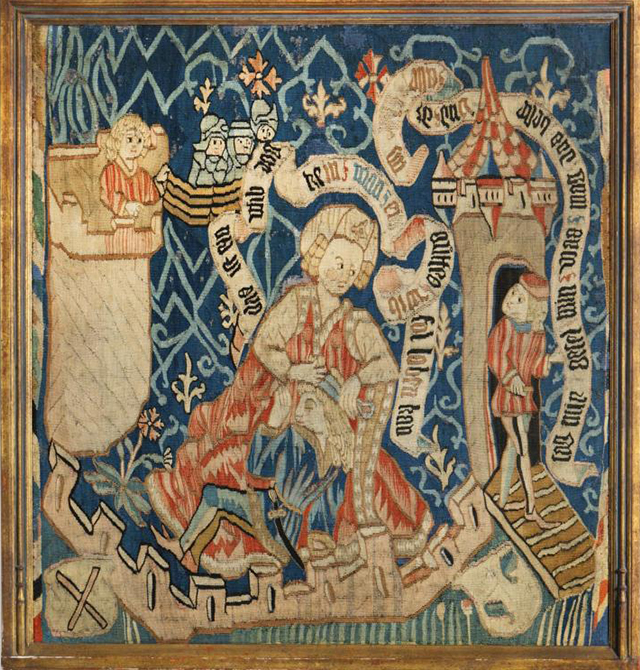 “The Rosens really loved textiles. Another interesting piece is lot 37, which is provincial in feel but it’s a very important little tapestry depicting the story of Samson and Delilah. This was made made in Basel, Switzerland in the early 16th century. Not very many of these exist. This one is charming, rare, the condition is good. It’s really the essence of the Gothic period.” 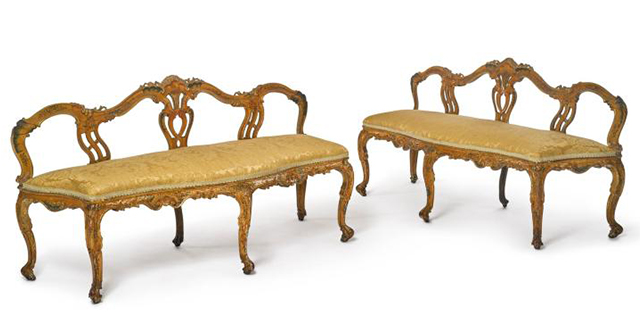 “These are some fabulous benches; true, Venetian Rococo lacquered benches. While they’re ornately carved, their outline is very simple. They were meant to be placed in front of windows, so they don’t have arms; they aren’t meant to obscure any views. I think these, especially if reupholstered, could fit into any interior even if the rest of the interior is very simple. They’d look wonderful against a simple backdrop. They’re also attractive to dealers, collectors, and institutions because they’re not restored – they are in untouched condition like all of the pieces in the sale. That’s really rare.”

“Collectors are becoming less afraid than they were even a couple of years ago to mix different styles together. People are perhaps getting ready for a change from simple, sleek designs, looking to punctuate their rooms with something really extraordinary.” -Margaret Schwartz, Sotheby’s 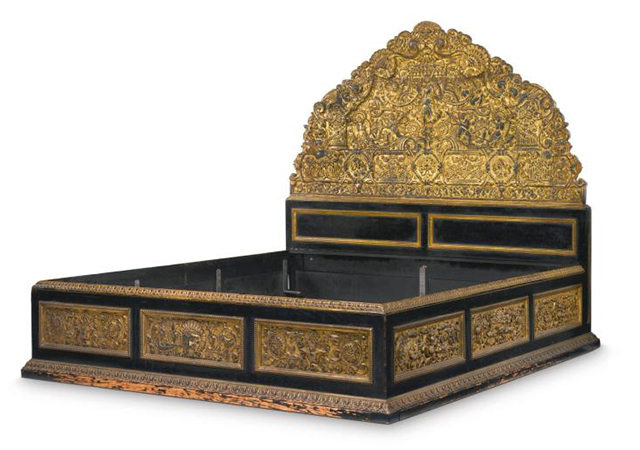 “This is a very interesting bed, with an estimate of $2-3,000, so on the more accessible end. We’ve done a little bit of research, and there appears to be a mate to the Caramoor bed in a private European collection. Beds do not always fetch large sums of money at auction but this extraordinary example of Portuguese carving is a stand out piece.” 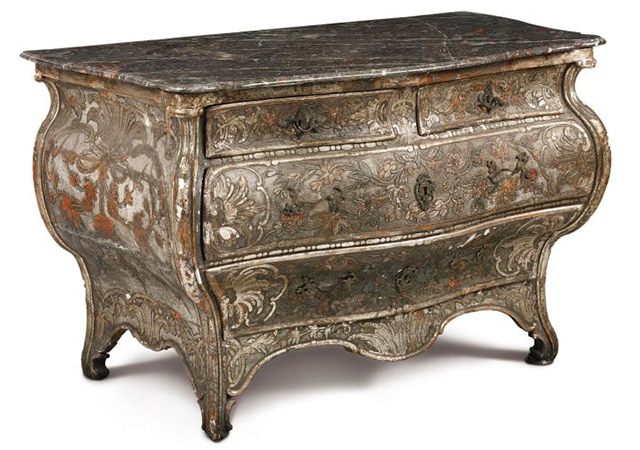 “Last but not least, there’s this fabulous silver commode, which is German Rococo. This sort of piece was made for the Bavarian court in the 18th century. It’s really stunning. There’s a lot of movement in the design; the decorative carving is very beautiful. There should be excitement around this piece.”