City of love, city of light, Paris proudly occupies a place in many hearts for its importance as a leader of culture, of romance and of art. So many notable figures in art, philosophy and literature have made a home in Paris that even the city’s graveyards have become tourist attractions.

For anyone who has not visited Paris before, it’s helpful to understand how the city is laid out. Paris is arranged by arrondissements, which form what’s known as the escargot (snail) because they wind around like a snail’s shell, starting with the first arrondissement, Le Marais, at the city center. For a modern city, Paris is relatively small, so a mobile traveller can easily walk from north to south without needing to rely on transportation. It’s famous for its wide boulevards planned by the great modernizer Georges-Eugène Haussmann.

Paris has an unbeatable reputation for its art galleries and museums, many of which can be found in the traditional Marais (on the north side of the Seine), and its auction houses, which are particularly concentrated in the eighth and ninth arrondissements. To help art lovers make the most of their time in Paris, our editors have selected some of our favorite cultural destinations throughout the city.

Before You Go: Research & Preparation

Paris is an international city, and many of the publications that will provide insight into the French art market are international, meaning you can buy them in advance and plan your course of action before you set off. For reviews and advice, we recommend Apollo magazine and the dual language Art Press Magazine before you go. Online, you can find out what’s on with the prolific English language Time Out Paris, and, if you speak French, Parisbouge.com is great for keeping your finger on the pulse of the city.

Pro Tip: Published in 2014, Louis Vuitton’s city guides include everything from the best-known places to hidden parks and lesser-known museums. The guides are also beautifully presented, so perfect to take in a handbag, or are available to download from iTunes, so you can keep the handy guide on your phone.

Museums and galleries of both national and international significance abound in Paris. Visitors can plan their trip by area, by art form or by era. With France having held such a significant role in so many major artistic movements, particularly in the 19th and 20th centuries, there are a wide variety of galleries and museums to visit.

An article for art enthusiasts in Paris would not be fit for publication without mention of The Louvre, the jewel in the crown of the Paris museum and gallery world. Its eight curatorial departments cover Western art from the medieval period to 1848, as well as works from ancient civilizations and Islamic art. Its permanent collections feature some of the world’s most famous works of art (including Leonardo da Vinci’s renowned Mona Lisa). 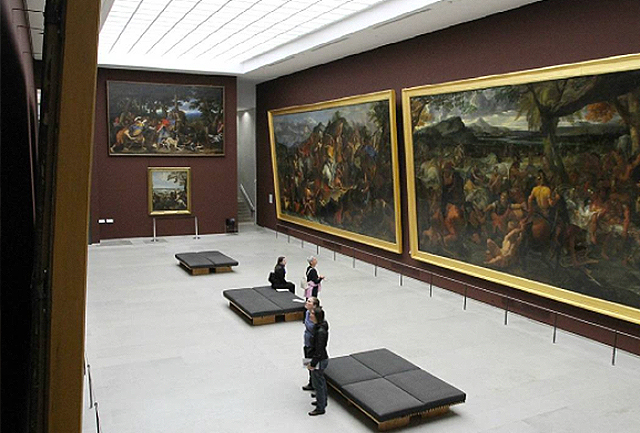 Inside The Louvre. Photo courtesy of The Louvre via Instagram.

There’s a distinctly Impressionist flavor to many Parisian museums and galleries. The Musée d’Orsay, once a grand Paris train station, is now a multidisciplinary museum that designates an entire floor to the Impressionists. Also notable for its devotion to the turn-of-the-century movement is the Musée Marmottan-Monet, which features over 300 notable Impressionist and Post-Impressionist works. 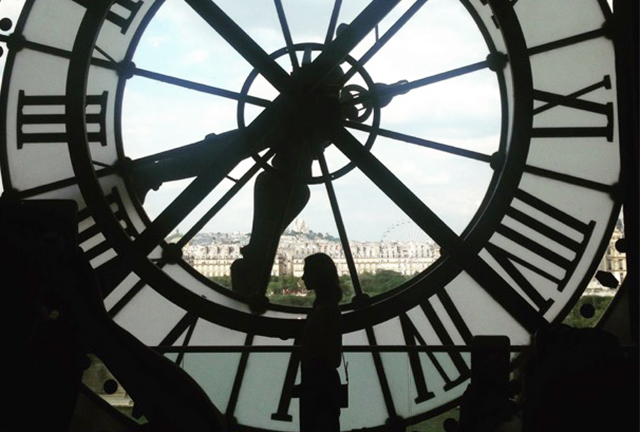 The grand old station clock inside the Musée d’Orsay.

For a smaller, lesser-known art museum that is located slightly off the beaten track, look to the Musée Cognacq-Jay, one of the museums managed by the city of Paris. The museum houses the collection of the founder of La Samaritaine department store, Ernest Cognacq and his wife Marie-Louise Jaÿ. On view is a vast selection of eighteenth-century art, collected between 1900 and 1927, including decorative art, sculpture and painting.

Stalwart of the Paris contemporary art scene, the Centre Georges Pompidou is located by Les Halles shopping center and the enormous metro interchange, Châtelet-Les-Halles. The Pompidou is renowned for its postmodern architecture by Renzo Piano, Richard Rogers, and Gianfranco Franchini. It achieves that Postmodern utopia of a space where different art forms and subject matters can co-exist and influence one another, with an events calendar that features spoken word, cinema, concerts, and live music.

Two museums worthy of mention are dedicated to the 20th-century artworks: the Musée de l’Orangerie, across the bridge from the aforementioned Musée d’Orsay, which can be found in the Jardin des Tuileries, and the Musée d’Art Moderne de la Ville de Paris. The latter shares a site with the Palais de Tokyo, and together they offer up some of the most remarkable contemporary art experiences in Europe. 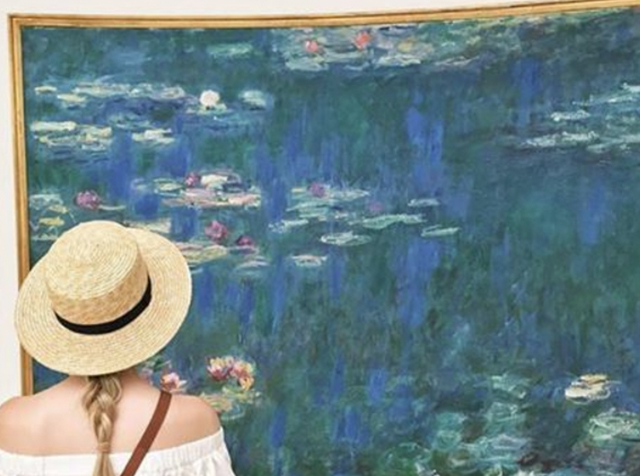 The Palais de Tokyo is known as the “black sheep” of the Paris Palais family: the other Palais have a diaphanous crystal palace-like quality to them, and favor temporary family-friendly exhibitions and events, such as works by Hergé, the man behind Tintin, and Chanel catwalk shows. The Palais de Tokyo, on the other hand, breathes contemporary edginess with shows and performances by the likes of Tino Sehgal and Abraham Poincheval.

French society embraces patronage, from individuals as well as from businesses, so fascinating discoveries can be made at the Fondation Louis Vuitton (the breathtaking Frank Gehry building, opened in 2014, is worth a visit for the architecture alone) and the Fondation Cartier, which always promises something spectacular (usually commissions, either of groups of artists or a number of individuals). Although these foundations show long-standing patronage at its best, one can can also look towards the grand dame of French fashion, Agnès B, for admirable modern-day patronage. Agnès B’s contemporary art gallery, Galerie du Jour, is a perfect stop for discovering new artists.

For those looking for further expertise, the city offers a plethora of auction houses and specialists to help with valuations. Auction houses also offer the chance to see extraordinary works often on view. The following three auction houses are all located around the ‘Golden Triangle’ of Paris, the home of the city’s premium art market, in the eighth arrondissement: Artcurial (7 Rond-Point des Champs-Élysées Marcel-Dassault), Piasa (118 rue du Faubourg Saint-Honoré), or Tajan (37 rue des Mathurins). 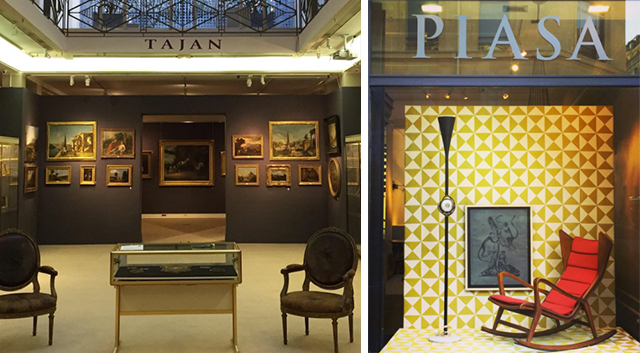 You’ll find Artcurial at the corner of the Champs-Elysées and Avenue Montaigne. The building itself (the Hôtel Marcel Dassault, built in 1844) is of historical significance, having been host to Duke of Morny and his wife Princess Sophie Troubetzkoia and the actress Sophie Croizette. Piasa’s relatively recent renovation moved its offices, showroom, and gallery under one roof in 2014 to the famous Rue du Faubourg Saint-Honoré. Tajan can be found between the Gare Saint-Lazare, the Garnier Opera, and the Madeleine. The building is a generous 2,500-square meters of what was formerly a 1925 bank. A 400-square meter room as well as annex rooms allowing a permanent exhibition of various objects.

Paris plays host to some remarkable art fairs, and few are more renowned than the prestigious FIAC (Foire Internationale d’Art Contemporain), which features work from 66 countries and takes place across the Grand Palais and the Petit Palais, with exhibitions and events outside the walls of the Palais spaces.

Europe’s newest art fair, Paris Internationale, was founded by a group of Paris galleries (Antoine Levi, Galerie Crèvecoeur, Gregor Staiger, High Art, and Sultana). In its first year (2015) it welcomed 41 exhibitors from 13 countries. According to The Wall Street Journal, Paris Internationale “aims to be a hipper, cheaper alternative for collectors,” and it includes seven nonprofit spaces. 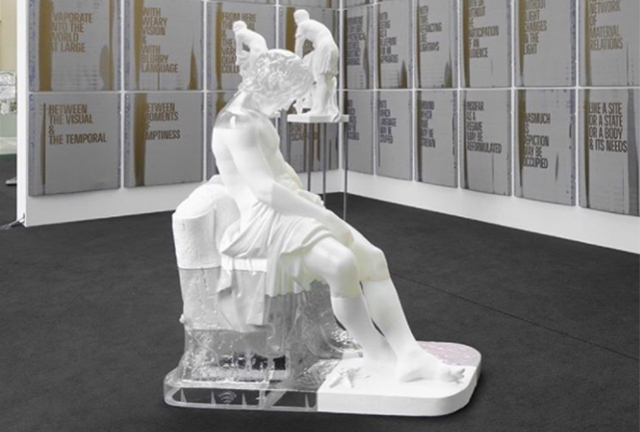 Paris Photo, arguably the world’s leading photography fair, includes over 170 galleries, and takes place in November, also at the Grand Palais. On the other end of the spectrum, the Grand Marché d’Art Contemporain at Place de la Bastille is a place to meet over 500 artists selling their own work at the end of April. 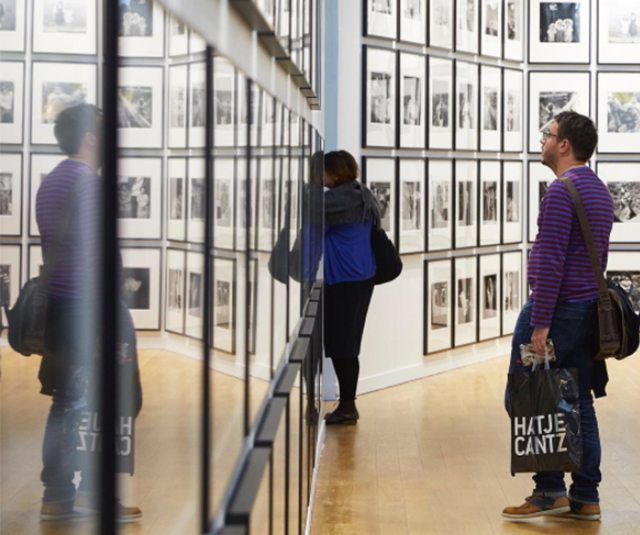 A guide to finding exquisite art in Paris wouldn’t be complete without a mention of the popular flea market, Le Marché aux Puces de Saint-Ouen. Located at the Porte de Clignancourt, “Les Puces” has been referred to as “Paris’ mecca flea market,” and is said to be where the name “flea market” (a puce is the French word for a flea) originally came from.

And if you’re lucky enough to be in Paris around October, then you could be in for a surprise with the Nuit Blanche (“sleepless night”), which transforms the whole city into a festival of art and culture.

If you’ve invested heavily in an addition to your collection, and nothing but the best will do, head to Atelier Mondineu (36 rue Pastourelle – 75003 Paris), a specialist supplier of custom-made frames for galleries, museums and collectors. Alternatively, consult the Ateliers d’Art, a professional organization representing artistic practices in France. The organization should be well placed to direct you to a framer to suit your needs. 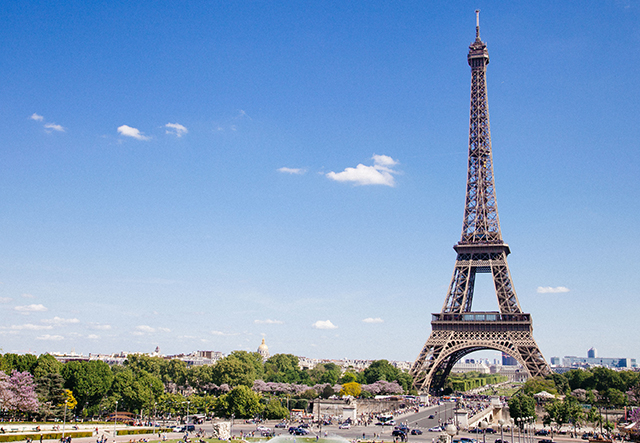 …And if You Have Time

In addition to taking in the sites and appreciating all the spectacular art Paris has to offer, stop for a glass of wine or a Pernod on the Place des Vosges or recreate a scene from Amélie on the Rue Mouffetard, knowing that your route is plotted and you can see everything you want.

Whether you’re a tourist, emerging art collector, or well-versed on the intricacies of the art market, Paris promises to have something to offer you. If you know what you want to achieve in advance, then read up and check what’s on view before you go in order to make the most of your time. Or, simply make a loose list and take the time to meander around the areas you want to visit. Getting lost in Paris has its romance, too!

Browse fine and decorative art in upcoming Paris auctions, including: The Art Collector’s Guide to London