When it comes to fine Swiss watches, there’s a world of history, knowledge, and style choices for the new collector or aspiring watch connoisseur to absorb. But with complications ranging from calendars and chronographs to tourbillons and automatons, it doesn’t take an expert to see why these timepieces are often considered mechanical marvels.

One fact that isn’t as widely known among admirers is that the “skeletonized” aspect that some watches possess is considered a complication. Skeletonized watches show off their intricate inner workings: the wheels, gears, and levers that breath life into them. They are often a favorite among those with more mechanical minds, but also appeal to people who love their aesthetics.

“We’ve definitely seen a piqued interest in skeletonized pieces over the past couple of years, and there’s really a great selection of skeletonized pieces worth noting in Sotheby’s upcoming Important Watches sale, from sports watches to dress watches to dress watches with sport complications,” says Nate Borgelt, Lead Watch Specialist at Sotheby’s New York. The sale also features traditional brands and more independent brands that are less frequently seen at auction, he adds.

Spanning early 19th century Swiss models to hard-to-find vintage and modern pieces, there’s something for everyone in this sale, says Katharine Thomas, Head of Sotheby’s Watch Department. We sat down with Borgelt and Thomas to hone in on the more bare-boned stunners. 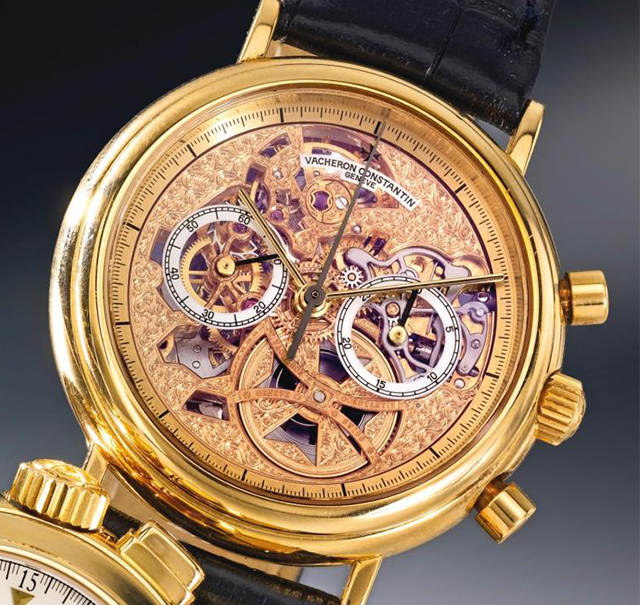 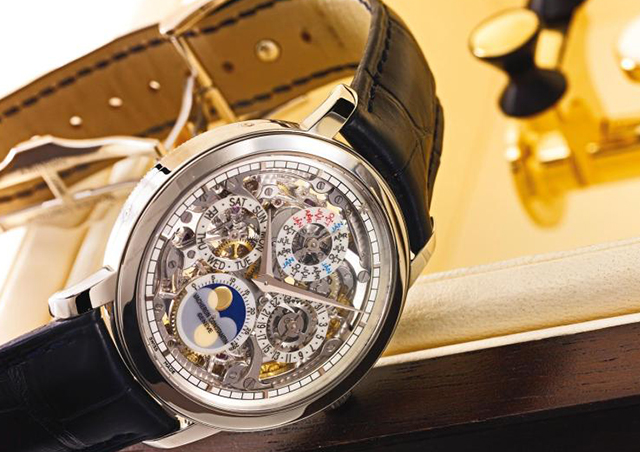 “The first group of skeletonized watches to point out is lots 39-43. You see a great range of complications being represented here: chronographs, perpetual calendars, and more. But this is the more aesthetic complication that many people love,” says Thomas. “It’s fair to say there’s an interest in these for both their looks but also for a real curiosity about the technical aspect of the watch.”

“If you look closely, you’ll see that lot 39 has an incredible hand engraving on the bridges around the skeletonized movement. Then lot 40, which is a perpetual calendar, has a skeletonized aspect that exists more to show off the movement, or the mechanics of the piece. It’s less decorative, but equally as beautiful,” adds Borgelt. 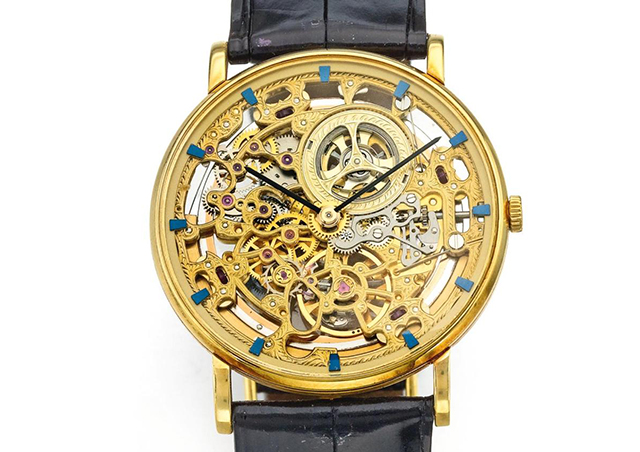 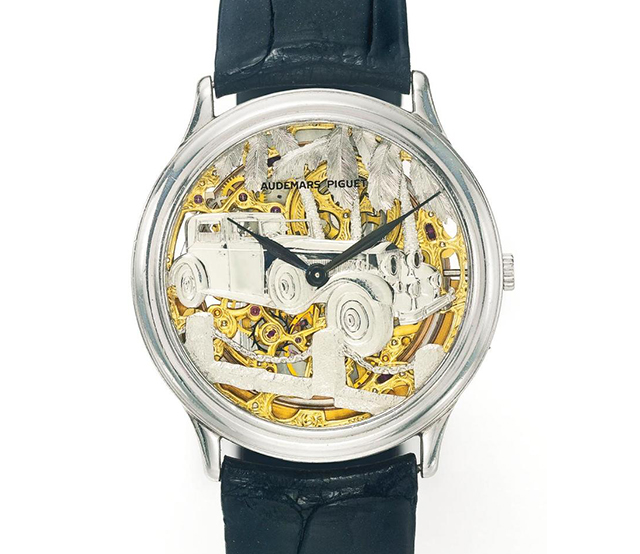 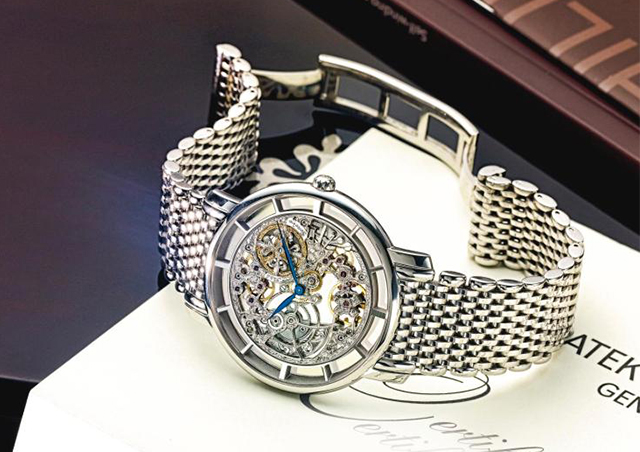 And adding to the splendor of watches like lots 39 and 43, with bridges so intricately engraved, is the fact that they are typically crafted by one person, from start to finish, says Borgelt. “I guarantee they took a long time to make. And they’re truly amazing, because each one is a unique piece, as they’re all hand engraved.” 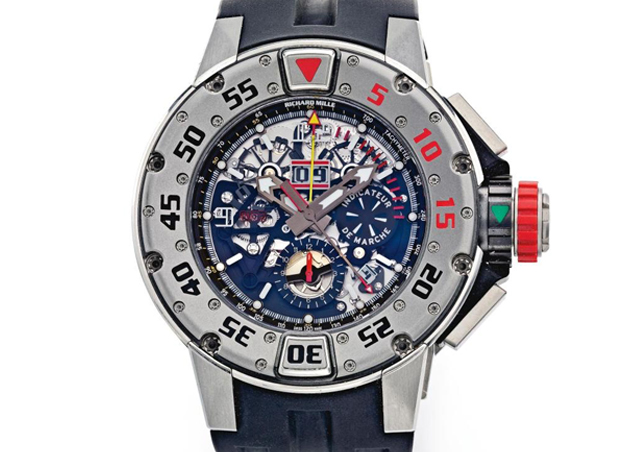 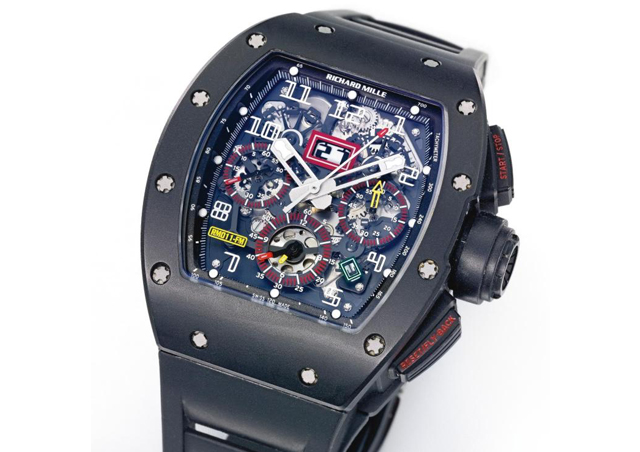 “Speaking of aesthetics and engravings, if you look at lots 185 and 186 by Richard Mille, and the three Greubel Forsey’s after them, you’ll see that these are all modern, different designs and yet they are still each skeletonized,” says Borgelt. “There’s an interesting projection of the artform; they bring it into a new modern, independent watchmaking era as opposed to the more traditional look when you compare them to lots 39 and 40, for example.” 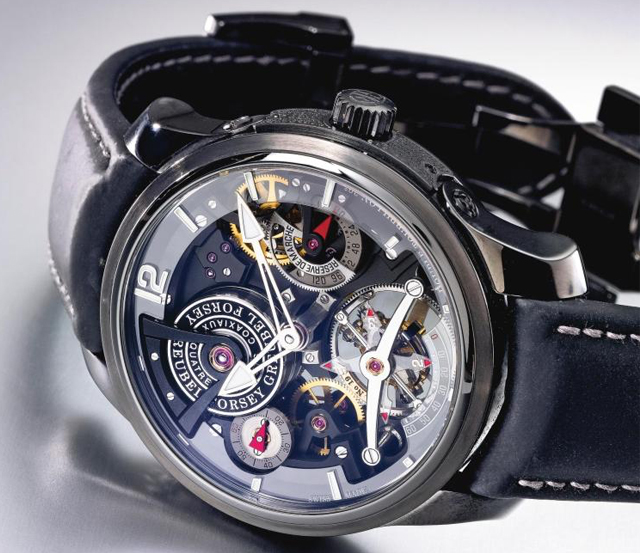 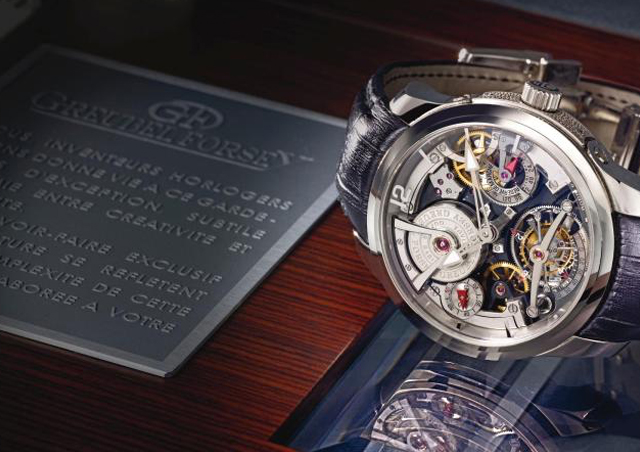 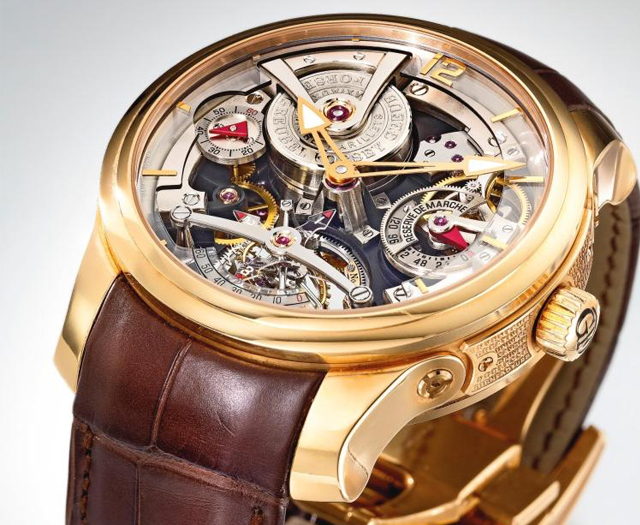 “The Richard Mille watches are the ones that particularly have a strong following among car enthusiasts. That inner engineering of a watch draws a corollary between horology and the mechanics of cars,” says Thomas. But, she adds, skeletonized pieces overall appeal to anyone who appreciates them, man or woman, car enthusiast or not.

And for those collectors who are just starting off, Borgelt and Thomas stress that you should really pay attention to those pieces that appeal to most you – whether that be an automaton from the 1800s or a modern, skeletonized sports style.

“You’re going to be looking at your watch a lot, so buy something first that looks beautiful to you, not simply as an investment,” says Borgelt. And of course, whether you go for a watch under $5,000 or pay a little extra for a higher end piece featured in a sale like Important Watches, you’ll want to keep in mind a watch’s condition. Always, always, always review condition reports, both Sotheby’s specialists say.

“Remember, the condition also will vary depending on what you’re looking for,” says Borgelt. “Are you looking for a watch to wear rather than put away? Do you want to wear a watch that is perfect or not? It all has a lot to do with your own style.” A Guide to Cartier: The Birth of a Luxury Jewelry Magnate