Impressionism rose to prominence in France during the late 19th century, immediately following the Industrial Revolution. Not only did this period usher in an age of rapid mechanical engineering, but it was also marked by technological advancements that revolutionized the way artists painted. One of the simplest tools in a painter’s toolkit, the paint tube, was invented in 1841 by American portrait painter John Goffe Rand and resulted in an interest in of plein air painting (or painting outdoors). Pastel, too, enabled artists to create on the go. The medium includes the same pigments as oil paints but dry instantly rather than having to cure.

Some of the most well-known artists to move their studios outside include Claude Monet, Edgar Degas, and Camille Pissarro. In 1874, these artists debuted their work in Paris to aghast critics who panned the unfinished, sketch-like qualities of the work. Critic Louis Leroy unknowingly gave the Impressionists their identity when he described Monet’s Impression: Sunrise as being more of an “impression” than a finished work.

Despite its unfavorable reception among art experts, Impressionism gained esteem as contemporary audiences came to understand how artists captured modern life through quick brushstrokes and soft, pastel hues. Today, Impressionist works by Pierre-Auguste Renoir, Mary Cassatt, and other pioneers of the movement are in every major institutional collection and garner ever-higher prices at auction.

The final months of 2016 brought an influx of Impressionist and Modern auctions. Our editors compiled eight of the season’s freshest works that epitomize the style, technique, and subject matter of one of art history’s most pivotal movements. 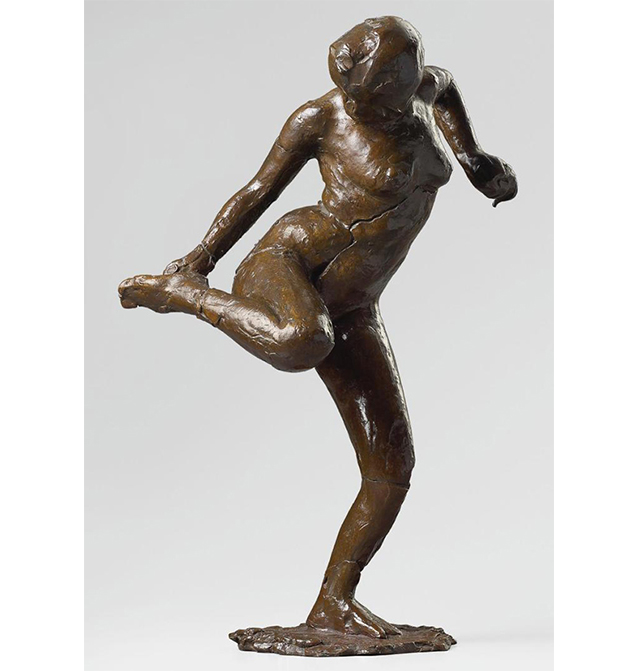 Fascinated by the dynamism and theatricality of stage performances, Edgar Degas is arguably best-known for his depictions of dancers in motion. The present bronze shows a young woman looking at the sole of her right foot, typical of Degas’s candid, deglamorized depictions of the female form and scenes from everyday life. 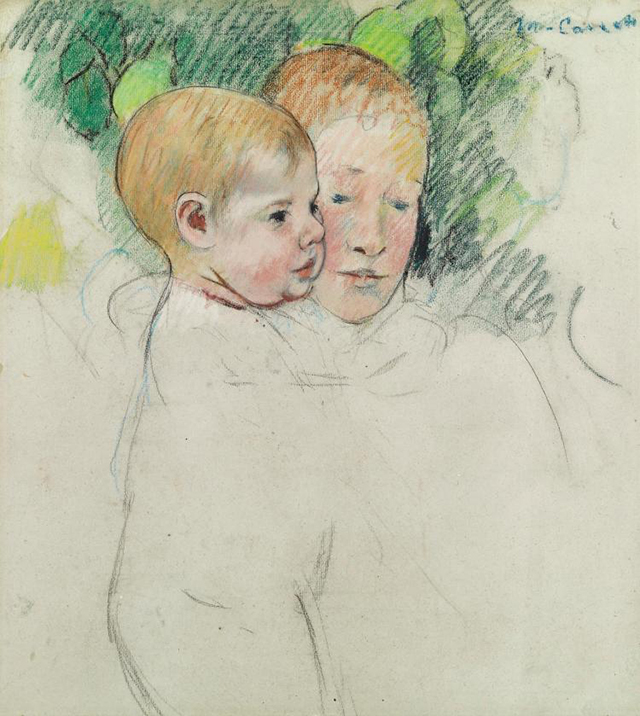 Artistic contemporary and personal friend of Edgar Degas was artist Mary Cassatt. The present pastel sketch depicts a popular subject for Cassatt: the relationship between mother and child. This unfinished work provides a rare glimpse at the artist’s process, and underscores the sketch-like qualities of many Impressionist works. 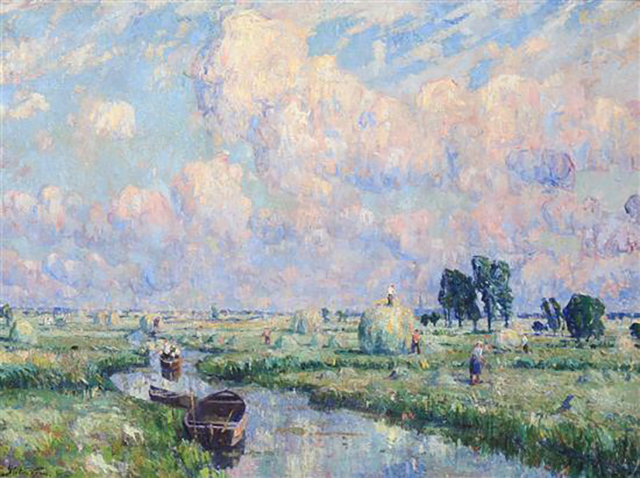 While not attributed to a particular artist, this Impressionist landscape reflects the idyllic and earnest treatment of nature associated with the school, and product of plein air painting. The clouds, especially, exemplify the maker’s effort to quickly capture the essence of ephemeral subject matter. 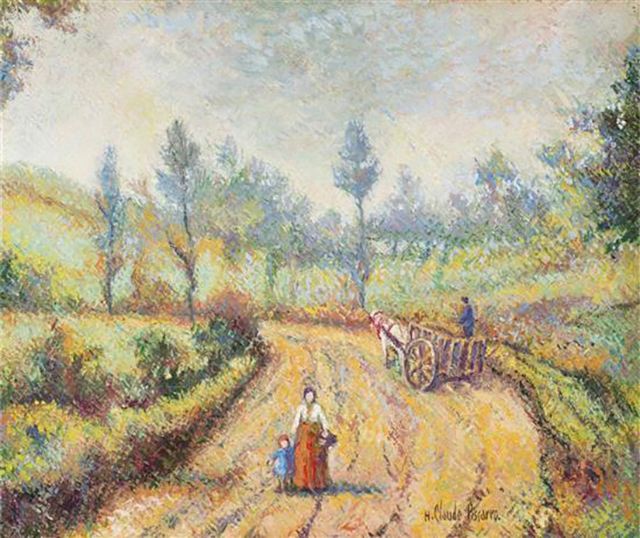 Lot 32, “On the Road to Creutzwald” by Hugues Claude Pissarro, oil on canvas, Matsart (November 2016)

The work of French painter Hugues Claude Pissarro, grandson of Impressionist master Camille Pissarro, champions these Impressionist principles. In “On the Road to Creutzwald,” Pissarro depicts a country road and expansive landscape in the soft, pastel color palette made popular by of Pissarro’s grandfather, Monet, and many other early adopters of the movement.

Pierre-Auguste Renoir’s “Les Maisones Rouges – Paysage de Cagnes” is a quintessential example of Impressionist painting technique. To achieve the aesthetic, Renoir applied paint in short, thick strokes to create a forested area among the buildings, capturing the colors and feeling of a particular location and time of day. 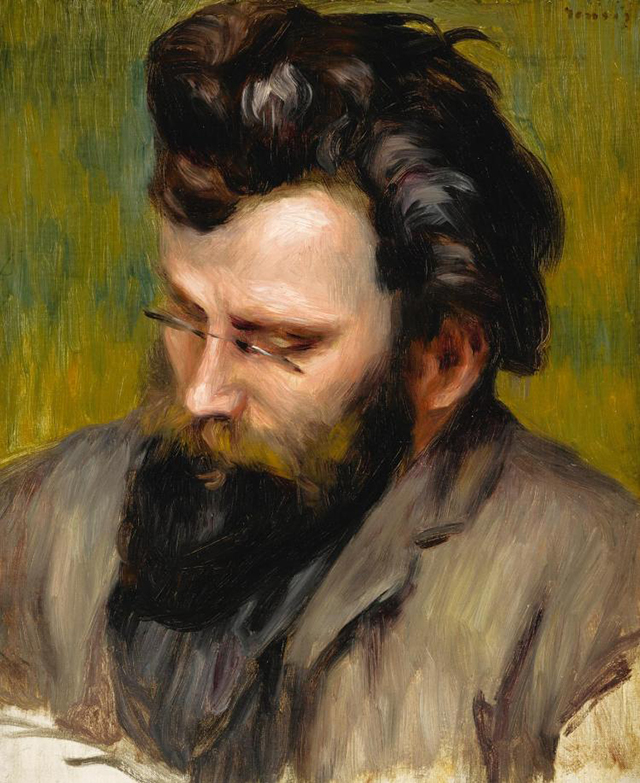 The ethereal qualities of Pierre-Auguste Renoir’s portraits are subtly portrayed in the atmospheric background and brushstrokes of his portrait of French operetta composer Claude Terrasse. Renoir’s unorthodox application of paint is particularly evident on the front of Terrasse’s coat and hairline, where Renoir used shades of grey to accent the darker elements. 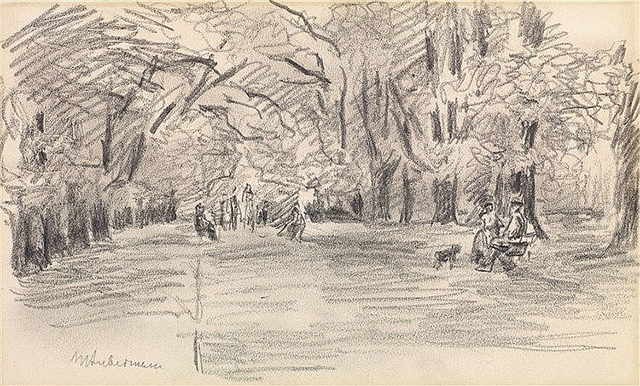 Impressionism expanded to Germany, where artist Max Liebermann was one of the leading advocates for the school. This sketch shows the impact of Impressionism on Liebermann’s work, where a view from a public park with trees, seated and walking figures is captured entirely through quick, general marks in graphite, with little interest in precision. 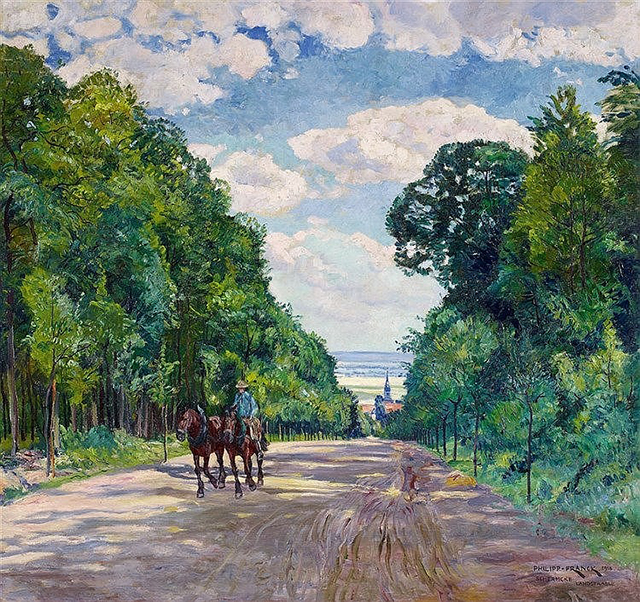 Specialists Speak: Brexit and the Future of the Fine Art Market

10 Exhibitions to See Over Winter Vacation The Benefits of Art on Memory and Creativity
Recent Posts
Categories