Seascape paintings have been coveted by collectors for centuries, and today, they continue to be one of the most popular subjects on the market. “Their popularity is attributed to many reasons: they speak a common language, they celebrate the majesty of the natural world, and they often are simply beautiful,” says Joshua Eldred, President of Eldred’s.

“A classic seascape is unpretentious yet versatile, requiring little explanation to the viewer while simultaneously possessing the ability to portray a subtle message. Because of their lasting popularity, the market is filled with seascapes spanning numerous centuries and countless styles,” he says. 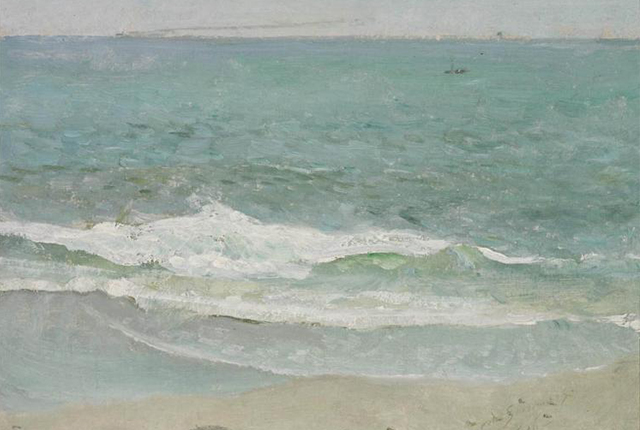 A seascape painting is simply a work of art in which the ocean or major body of water is one of the central elements of the work. Falling under their own genre, seascapes’ close cousins, marine and maritime paintings, focus more on ships or other manmade objects in a narrative composition. “Maritime art focuses mainly on seafaring as the subject, and marine art, also figurative, first came about in the Middle Ages when artists depicted ships in portraits,” says Lisa Thomas, Director of Fine Arts at Stair Galleries. “Seascapes depict a view of the sea or coastline, often without figures, and with an eye towards emotion and sensibility rather than narrative or figural depiction,” she adds.

“As a genre, the seascape is arguably a broader category than maritime or marine art, and typically encompasses watercolors, drawings, and paintings in which the sea – and therefore nature itself – is the primary subject. A coastal view with rocky shore is an example of a traditional seascape, though such a work might feature a ship in the distance along the horizon line,” says David Weiss, Head of European Art & Old Masters at Freeman’s. The minimal treatment of ships, people, and manmade objects in a seascape, says Eldred, is meant to serve as reminders of man’s insignificance in relation to the larger world. 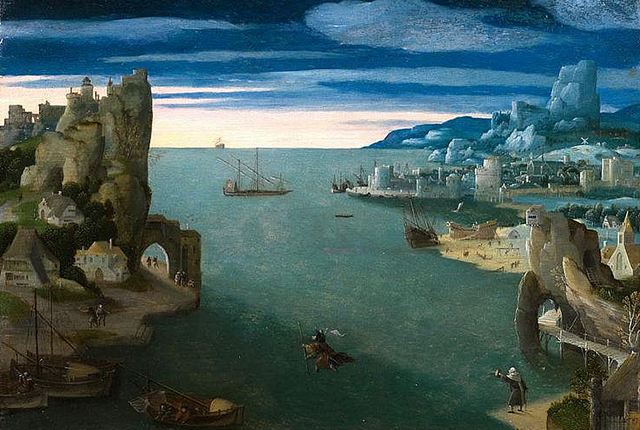 During the 15th and 16th centuries, marine art rose in prominence as more European countries sent fleets to colonize regions around the world. “These massive fleets became symbols of power and national pride, and that resulted in an explosion of marine painting,” Eldred says. However, with a few exceptions, most of these early works focused on majestic ships and dramatic naval battles rather than the sea itself.

“Marine art as a genre began to blossom in the early 16th century as a form of history painting, developing into a major genre in 17th century Holland during the so-called ‘Golden Age’ of painting,” adds Weiss.

Seascape Paintings in the 17th Century 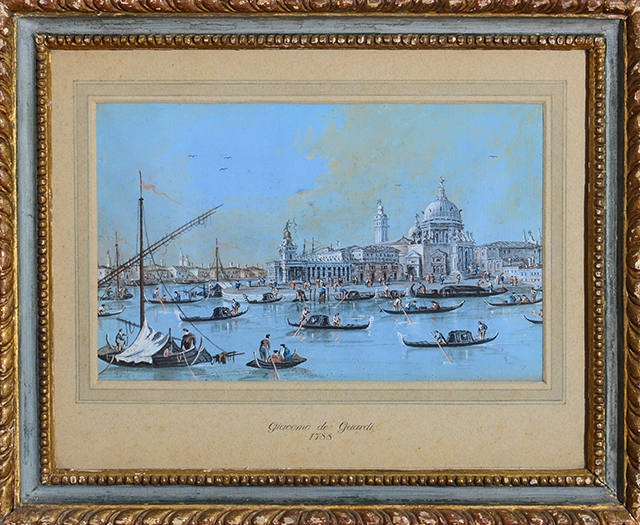 The 17th century saw a continued focus on ships, but put a greater emphasis on their engagement in naval warfare. While ships remained the focal point, some artists started to treat the background elements of water and sky with greater emphasis.

“It is helpful to think of these artists as working in a grand tradition along a continuum of sorts, with the recognition that ship portraits and seascapes were and are significant enough to serve as a primary subject matter – much in the way religious subject matter largely dominated painting in the Renaissance,” says Weiss.

Seascape Paintings in the 18th Century 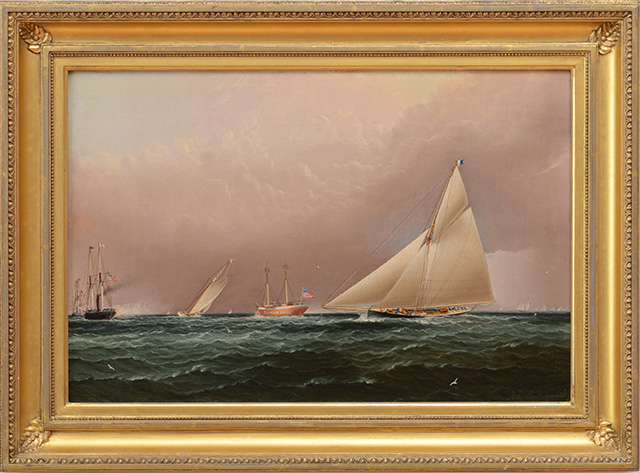 The first part of the 18th century saw a continued focus on ships and naval history, says Eldred, but in the later part of the decade the seeds of the Romantic Era started to take root and the formation of contemporary seascape painting as we know it today began to form.

Seascape Paintings in the 19th Century 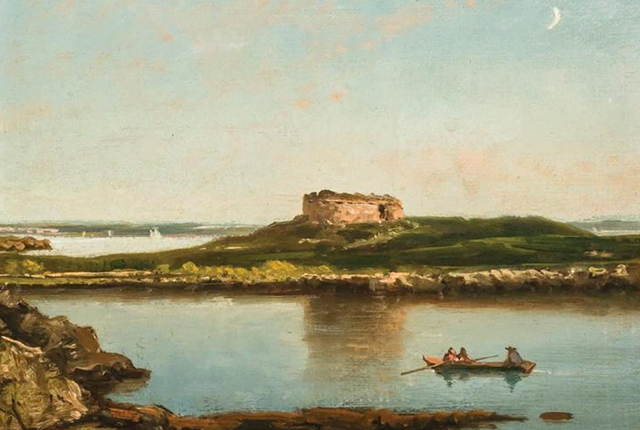 In the 19th century, artists, writers, and intellectuals embraced Romanticism, which emerged after the French Revolution and focused on imagination and emotion. A renewed admiration for nature’s beauty began to form what we think of as true seascape painting. While numerous artists continued in the classic traditions of ship portraiture, many shifted their focus away from the triumphs of man’s design to the beauty and simplicity of the natural world. 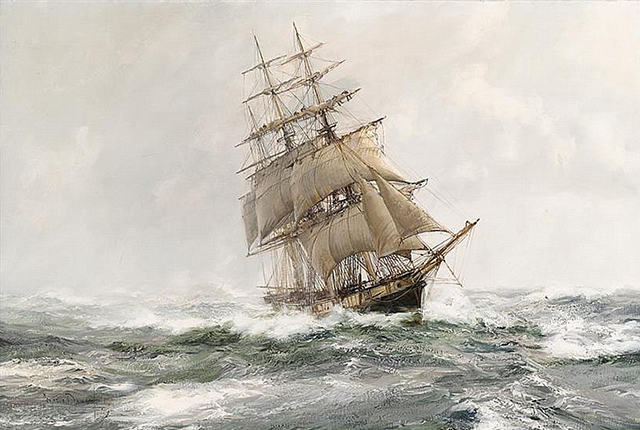 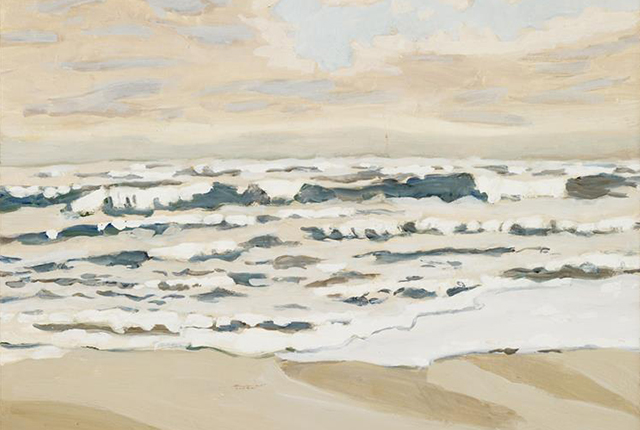 There was still a deep fascination with seascape painting in the early part of the 20th century, but soon Impressionism and other modern, realistic styles began to take over. “Some of the Impressionist painters like Claude Monet chose the sea as their landscape. Monet extensively painted the Normandy shore, and his series of the cliffs at Etretat and his views looking out from the port at Le Havre are some of his best-known works,” says Thomas.

Today, many artists working in a variety of styles continue to try to harness the power of the sea. Coveted by many, collectors also purchase seascapes as mementos of the places they visit, a tradition first started by travelers in the 18th and 19th centuries, adds Thomas.

What You Should Know About Seascape Paintings

Not all seascapes are created equal. What makes a desirable and valuable seascape painting? Leaving the artist aside, Joshua Eldred shared his expertise on some of the elements the most sought after seascapes include. 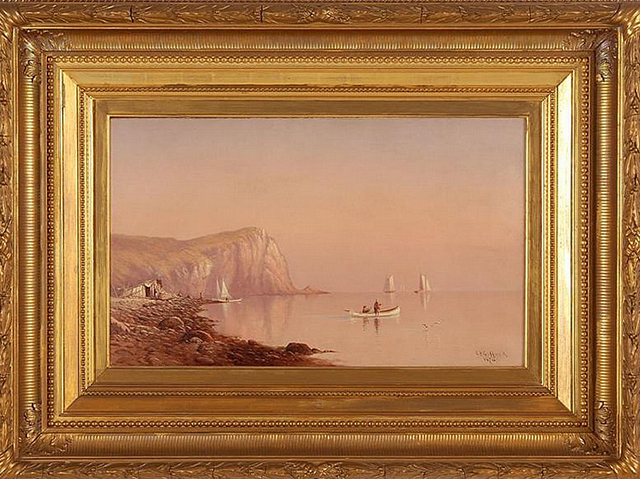 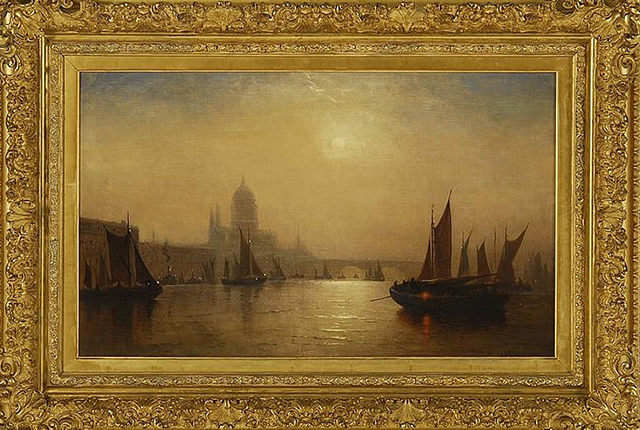 “While ‘The Thames River’ (above, bottom) is a fine painting, it is moody in its lighting and an European view by an American artist. On the other hand, ‘Indians at Gay Head’ (above, top) checks off every category listed above. It’s a known location painted in the artist’s area, it has brilliant light, it is a good size and horizontal, and does a masterful job of showing man’s place in the natural world,” says Eldred.

Overall, the best course of action when starting seascape collection is to focus on a small group of artists, a style, or a geographic area and learn all you can. Go to auctions, visit galleries and museums, and most of all, talk to fellow collectors and trusted dealers and auctioneers. But most importantly, buy what you like.