Just three weeks into the New Year, 2017 looks to be a watershed moment for folk art. Amid a bustling week in New York with an impressive lineup of decorative art at two of the world’s leading auction houses, the much-anticipated Winter Antiques Show makes its debut, bolstered by an exceptional roster of dealers with particular strength in folk art and Americana.

Although the annual fair – now in its 63rd year – offers a vast range of objects spanning antiquity to the 20th century, works by folk artists are decidedly the stars of this year’s show. Additionally, the centerpiece loan exhibition, presented by the Abby Aldrich Rockefeller Folk Art Museum (which is celebrating its 60th anniversary), further underscores the significance of the movement, and offers a perfect complement to this year’s list of exhibitors.

We took to New York’s historic Park Avenue Armory to find some of the show’s trending works in folk art, this year’s innovators in booth design, and the standout works that made our editors’ wish lists. 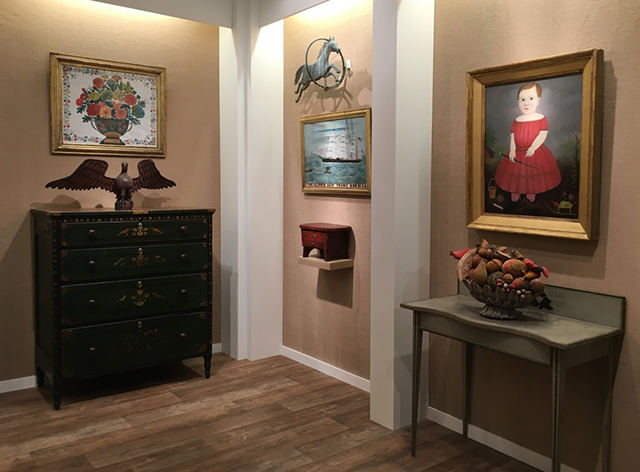 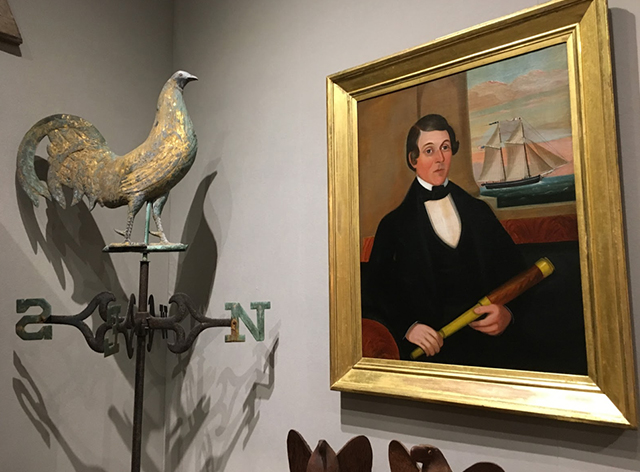 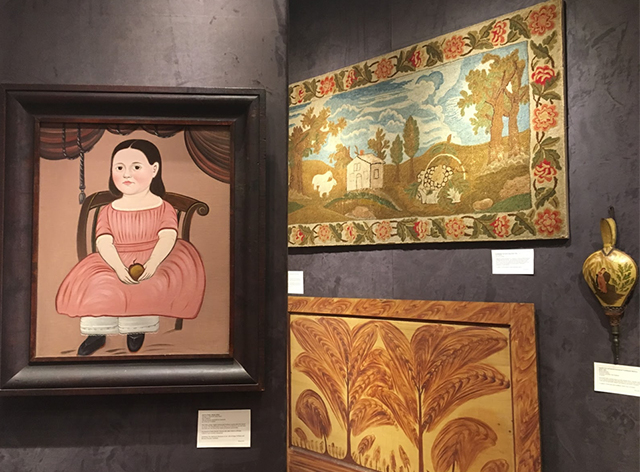 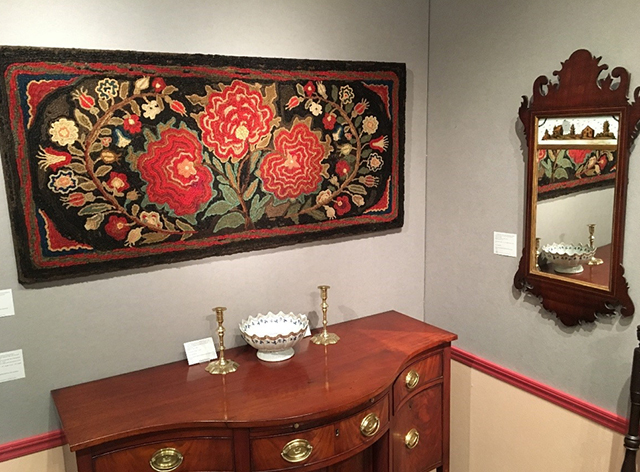 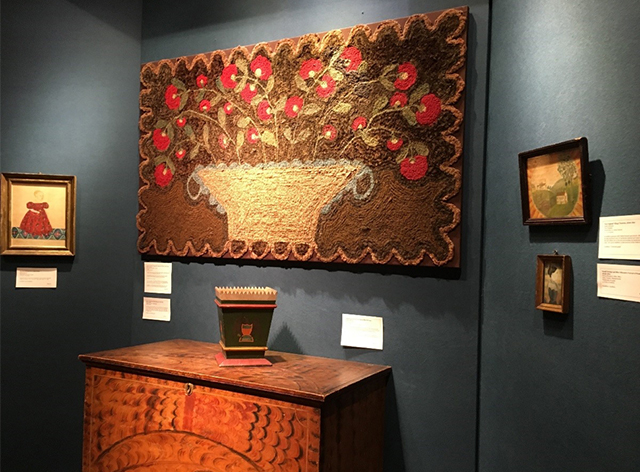 Shirred and sewn rug with compote of flowers, about 1840, on view at
Stephen Score, Boston, MA (booth 1). 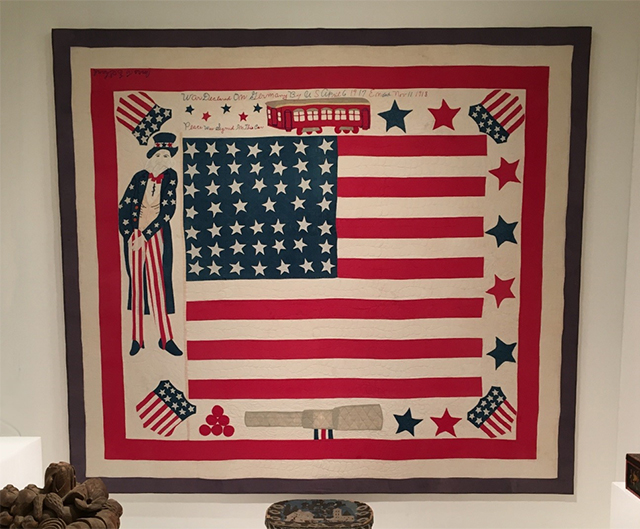 A Patriotic Quilt Commemorating the Signing of the Armistice of the First World War, 1918,
on view at Frank and Barbara Pollack American Antiques and Art (booth 23). 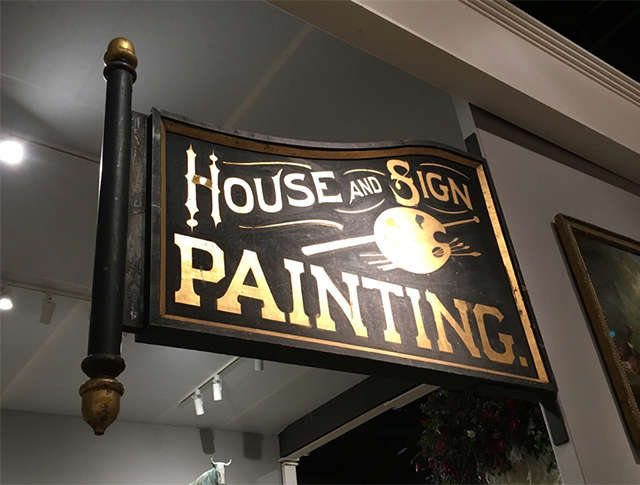 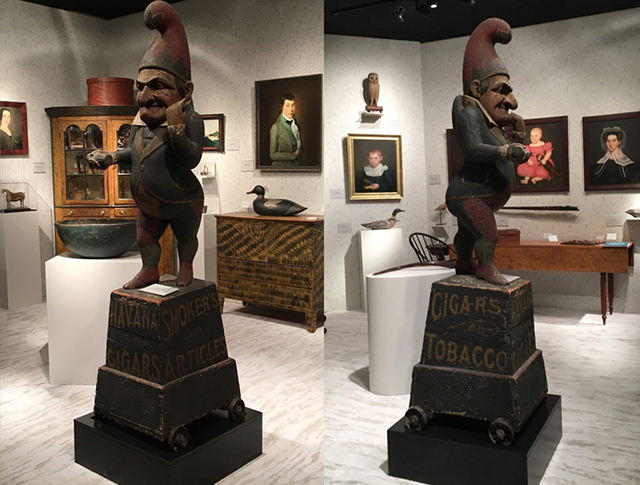 In recent years, dealers have worked to transform long-established associations with the word “antique,” and what meaning these treasured objects serve when placed within a residential or commercial space today. In an age when context is everything, these are some of the dealers at this year’s Winter Antiques Show that are changing the game by modernizing centuries-old objects through the use of color, light, pattern and texture. 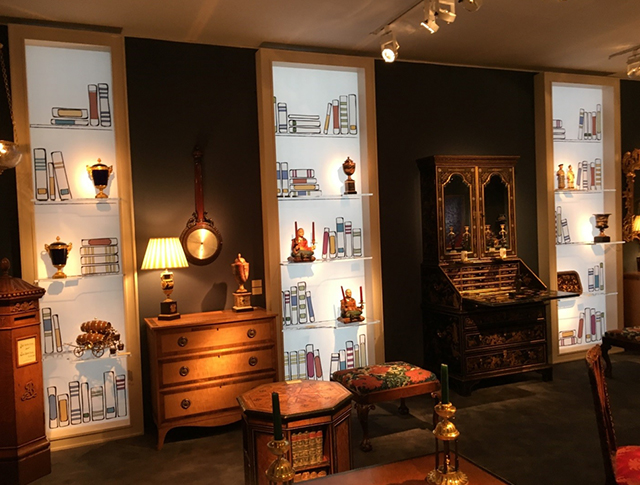 A revival of their city window panels from the 2016 Winter Antiques Show, Apter-Fredericks offers playful simulations of back-lit library bookshelves this year. 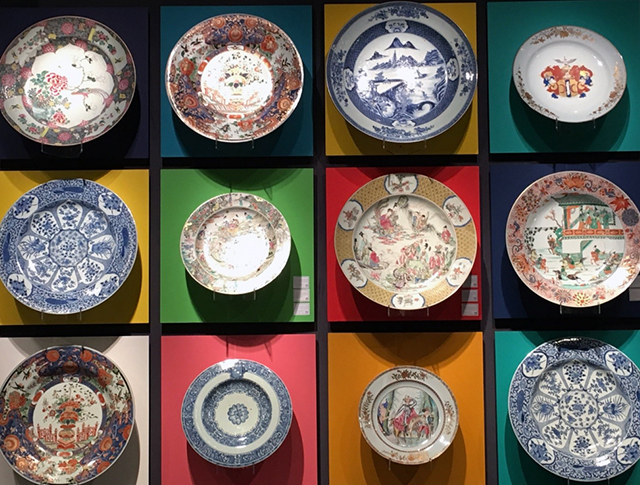 London’s Cohen & Cohen offers a stunning display of Chinese export porcelain; each of the plates dates from the 17th to the 18th centuries and is installed upon a kaleidoscopic grid of warm- and cool-colored panels. The effect: a vivacious and contemporary presentation of centuries-old objects. 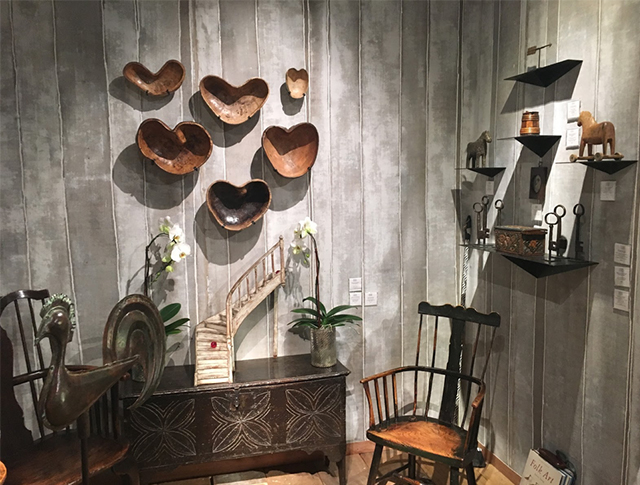 The faux aged-wood effect of the wallpaper selected by Robert Young Antiques is one that feels at once bright and modern while recalling the warmth of a 19th century country farmhouse. 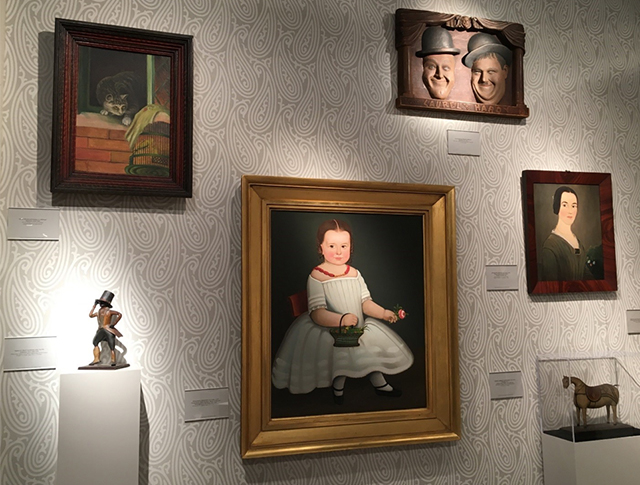 Our editors love the old-meets-new contrast between folk portraiture and the light, modern whimsy of the paisley wallpaper selected throughout the booth of David A. Schorsch, Eileen M. Smiles American Antiques, which instantly exudes the feel of a coastal New England beach house. 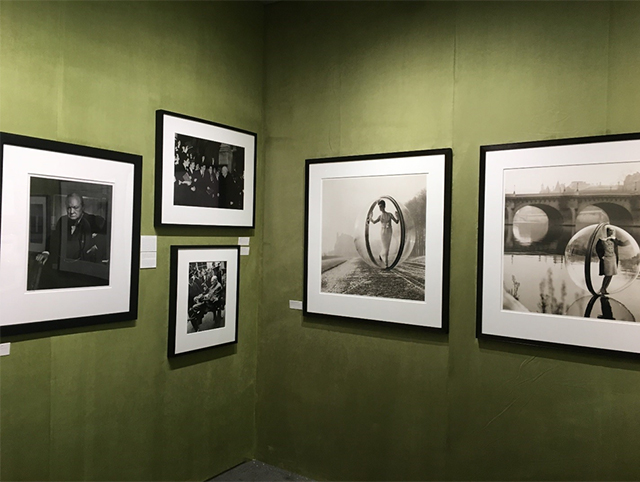 A perfect pop of lime green offers a fresh and modern backdrop for a selection of 20th century black-and-white photographs on offer at Peter Fetterman Gallery of Santa Monica, California.

In addition to the robust offering of folk art and Americana, these are a few of our favorite individual works and objects from this year’s Winter Antiques Show. 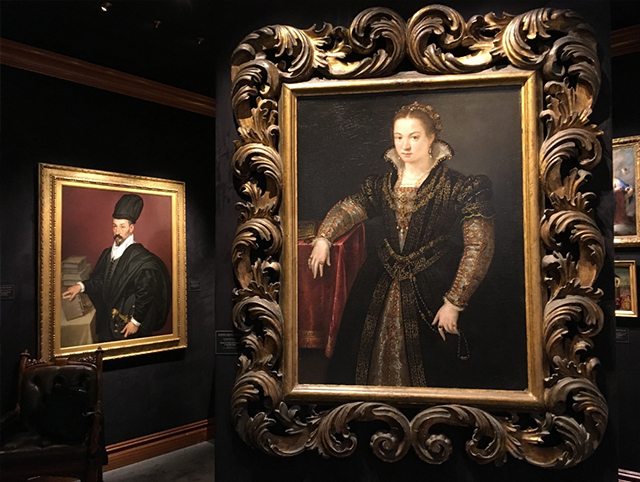 This spectacular portrait is by female artist Lavinia Fontana, a Renaissance painter widely celebrated as the first female artist to rise to prominence and garner respect among her male contemporaries during her lifetime – a rare feat in her time. What is equally remarkable about this work is that the portrait hangs beautifully in its original frame; an object as spectacular as the painting itself, and one that complements the opulence of the sitter’s finely detailed garment. 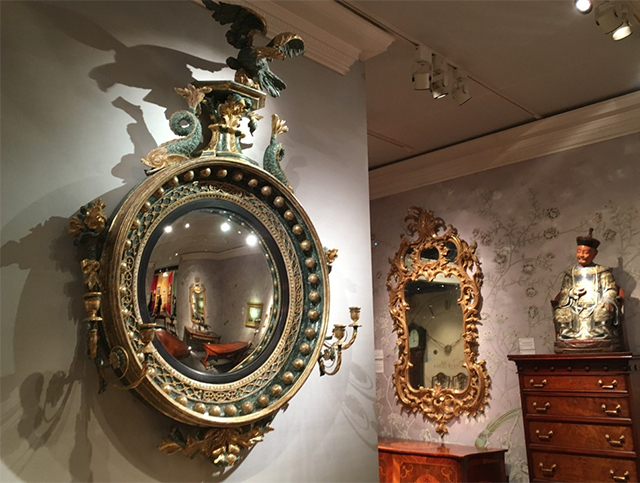 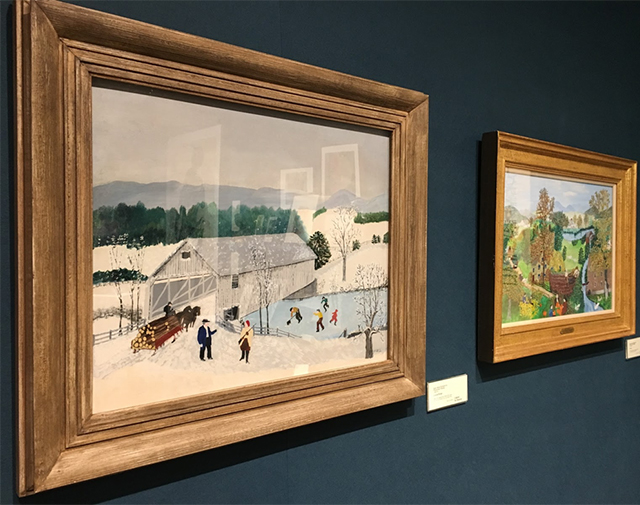 Our editors love Grandma Moses’s “Covered Bridge,” subject matter that the self-taught artist frequently explored during the course of her career. Moses’s winter scenes are among her best-known works, and those with covered bridges are most romanticized by collectors for their reference to a bygone era. 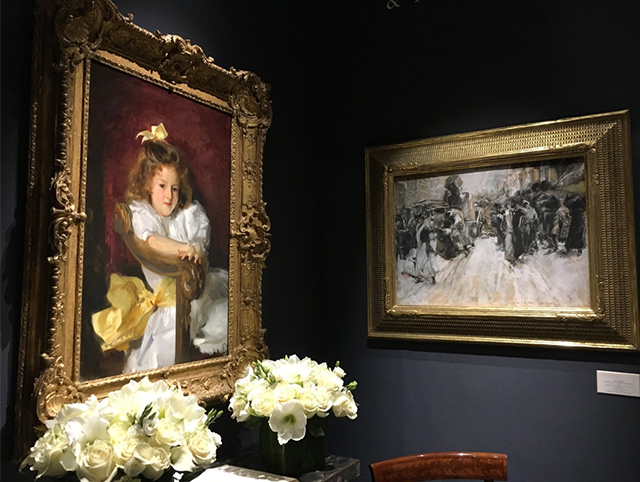 One of five exceptional works by painter John Singer Sargent on view at the 2017 Winter Antiques Show is a portrait of a young Charlotte Cram at Michael Altman Fine Art. The work was exhibited at the National Academy of Design in New York in 1908, and recalls Sargent’s signature soft, painterly quality for which the artist is best known.