The career of Bob Dylan would be hard to sum up in a single quote, however, asking the master singer-songwriter himself might generate a good answer. His words have been used widely in modern culture, and his intellectual, political, sometimes disordered music has earned him a defined mark in rock and roll history.

Born and raised in northern Minnesota, Dylan attended the University of Minnesota after high school, dropping out his freshman year to pursue a music career in New York City. By 1962, he released a self-titled debut album with Columbia Records, continuing on to produce over 60 albums in a five-decade period.

Overall, Dylan touched the roots many musical styles, while pioneering a standout lyrical style. He was inducted into the Rock and Roll Hall of Fame in 1988 and has been awarded widely for his work, winning 10 Grammys, the Polar Prize, a Golden Globe Award, an Academy Award, and the Unites States’ Presidential Medal of Freedom.

Bob Dylan memorabilia offers a collector many options, considering the length of the singer-songwriter’s career and the potential for additional music production. Books, posters, vinyl, and concert t-shirts are easily found, while signed pieces, artist-worn clothing, and personal property will be more rare. 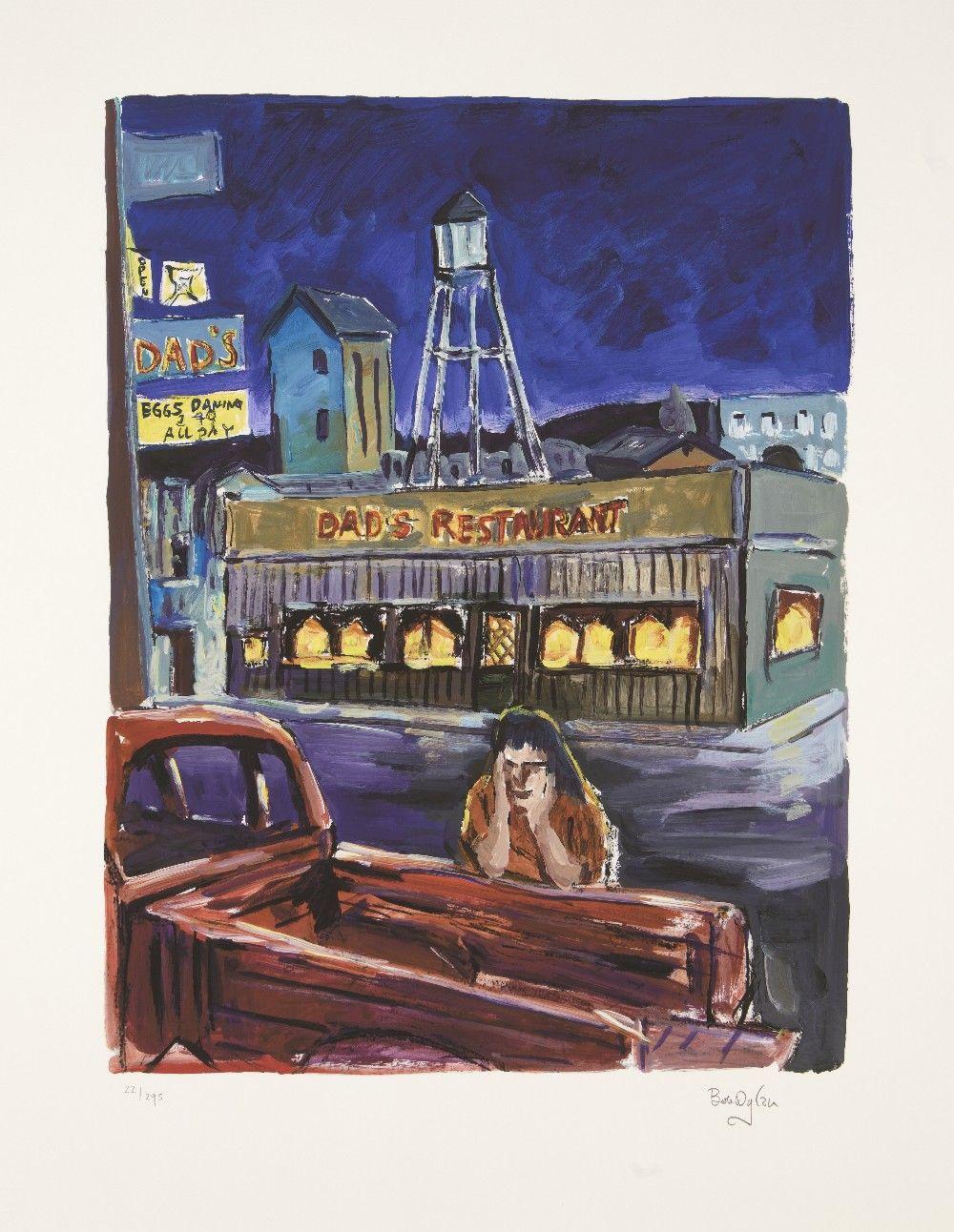 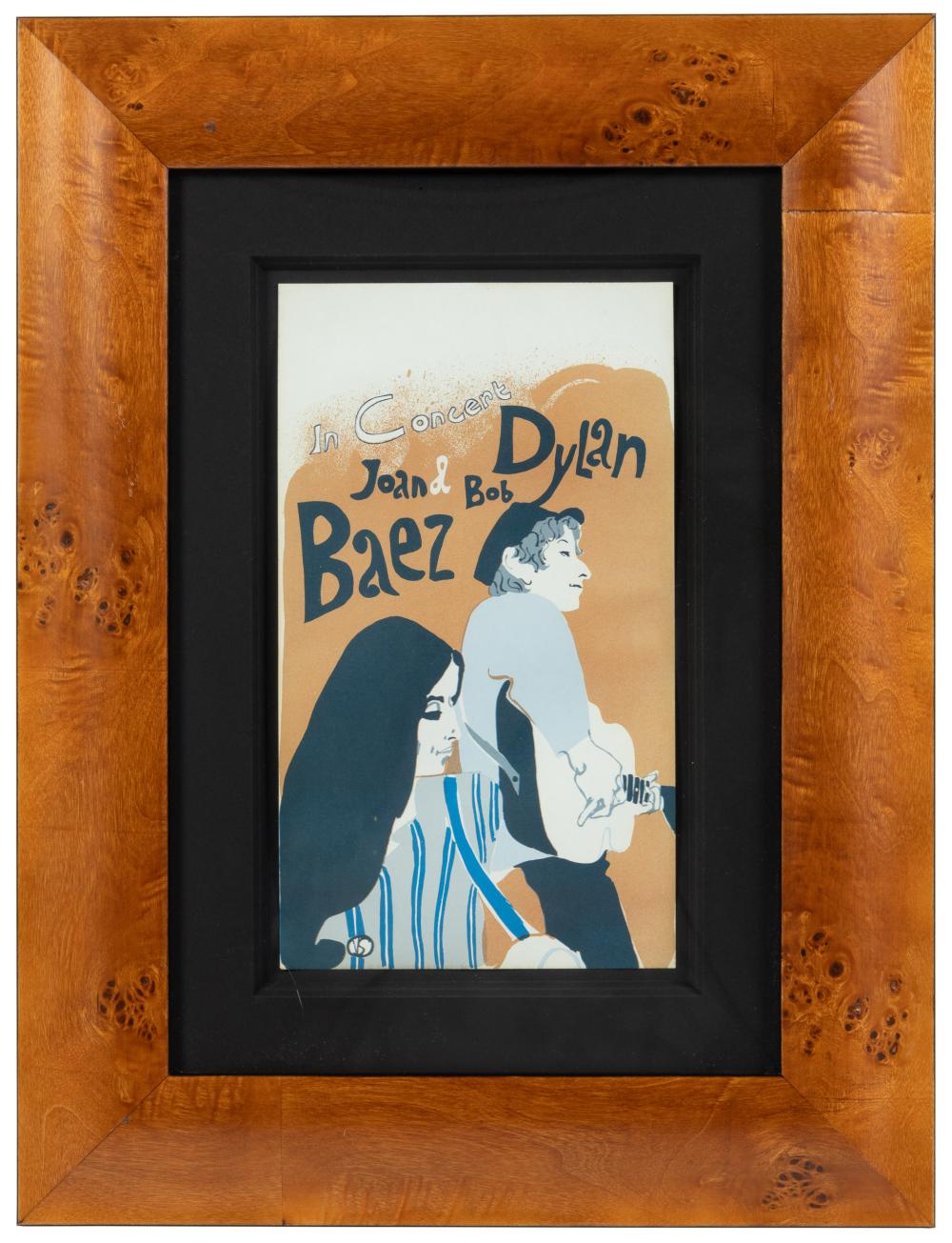 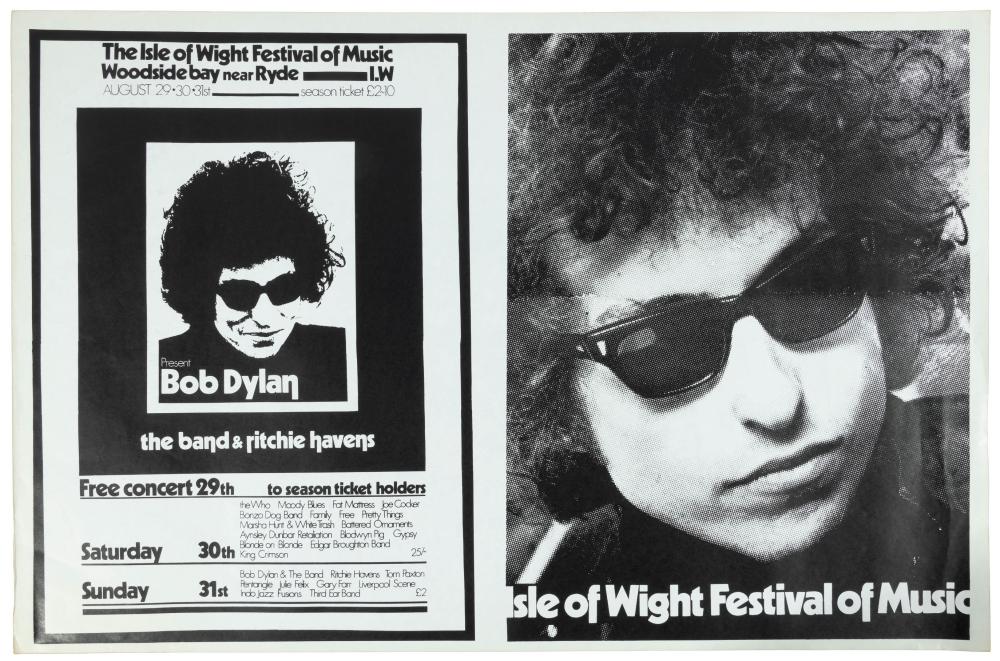 Dylan at the Isle of Wight Festival of Music 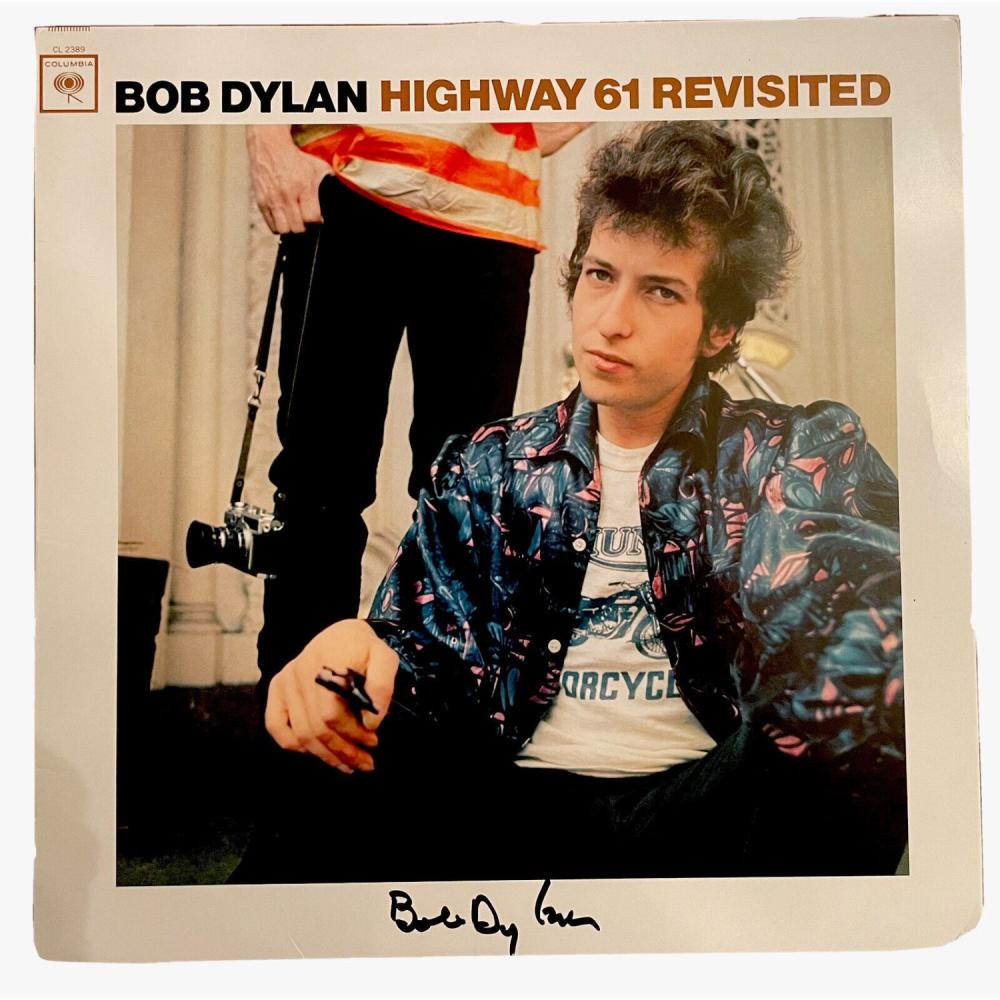