The Bulgari brand traces its origins to the Greek Peloponnesus, where Sotirios Voulgaris, also spelled Bulgaris, first opened a store in the late 19th century. By the early 1880s, Bulgaris has moved to Rome, Italy, which was where, three years later, the “Bulgari” company would emerge.

The entire Bulgari collection, from bracelets to earrings, resonates with the brand’s rich history of expert craftsmanship and dazzling detail. Bulgari's style, equal parts classical and contemporary, was coveted by international celebrities and elites, all of whom wished for the chance to browse his landmark location on Rome’s Via dei Condotti.

Even in their early designs, Bulgari bracelets took on unique and striking forms. They played with repeated geometries interspersed with bold gold chain links that took their inspiration from Greco-Roman design. At times, Bulgari amplified these pieces with beautiful gemstones. 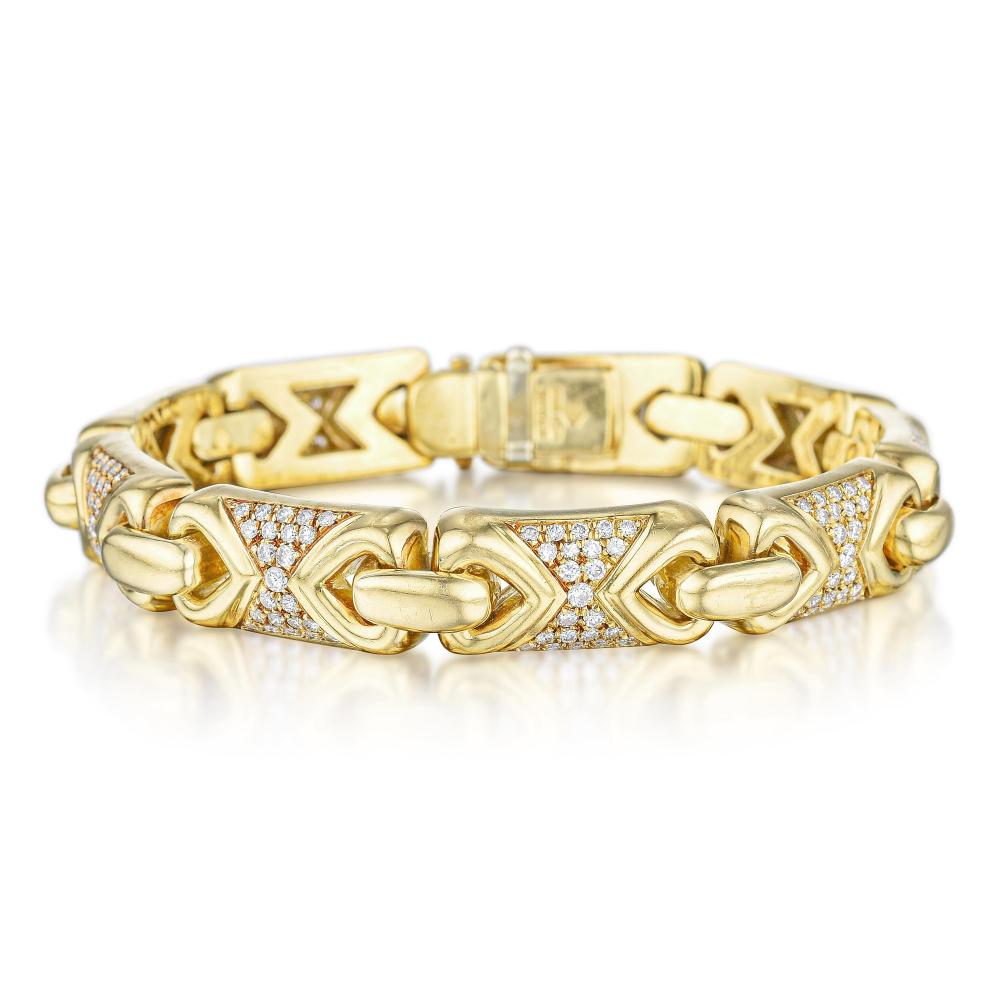