Geometric shapes, latch hook technique, and the Ghiordes knot (symmetrical weave) are some of the commonalities among Caucasian tribal rugs. Caucasian carpets called “Kazak” rugs are often small and may have originally been used in prayer. Other tribal rugs can be quite large, like the 17th century “Dragon Carpet” that measures 170 inches by 90 inches and currently resides in the collection of the Metropolitan Museum of Art. Both soft and durable, Caucasian rugs feature mosaic designs incorporating simple figures, elaborate borders, striking colors, and a perfected geometry of forms including diamonds, crosses, hexagons, and hooks. Some well-known Caucasian rug styles come from the areas of Armenia, Azerbaijan, and Turkestan.

Traditionally, Caucasian weavers created their art for personal use in the home. Rugs were used as floor coverings, wall hangings, and feast cloths. The finery was also displayed at weddings, funerals, and embellished religious rites. Emperors, kings, and sultans who ruled over tribes of the Caucasus sometimes demanded the exquisite pieces as part of a yearly tax.

Prior to the 1920s, Caucasian rugs were always woven at home with natural materials and dyes, making them more collectible. When much of the region was incorporated into the Soviet Union, factories were built for faster and more efficient production of this commodity. 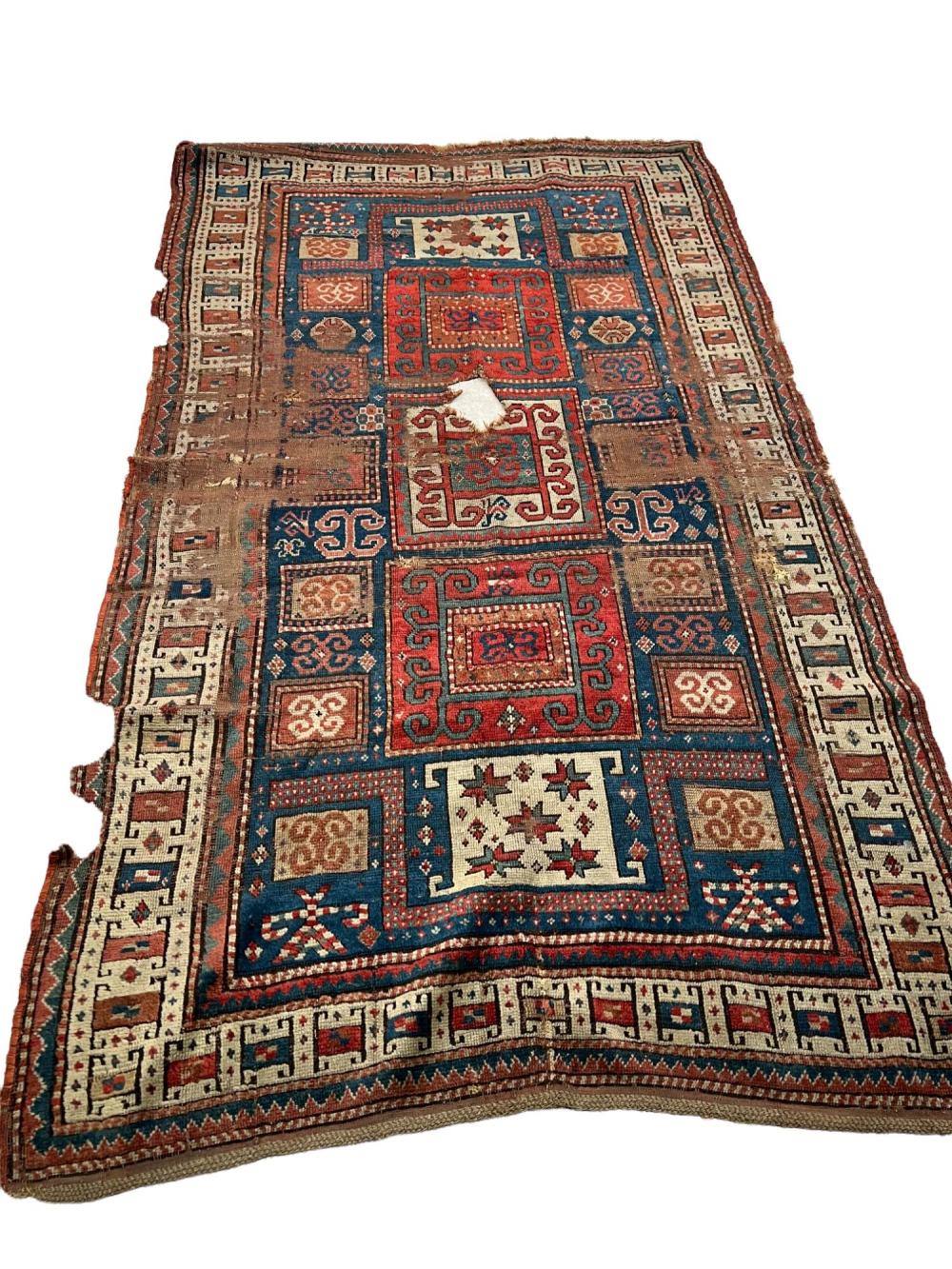 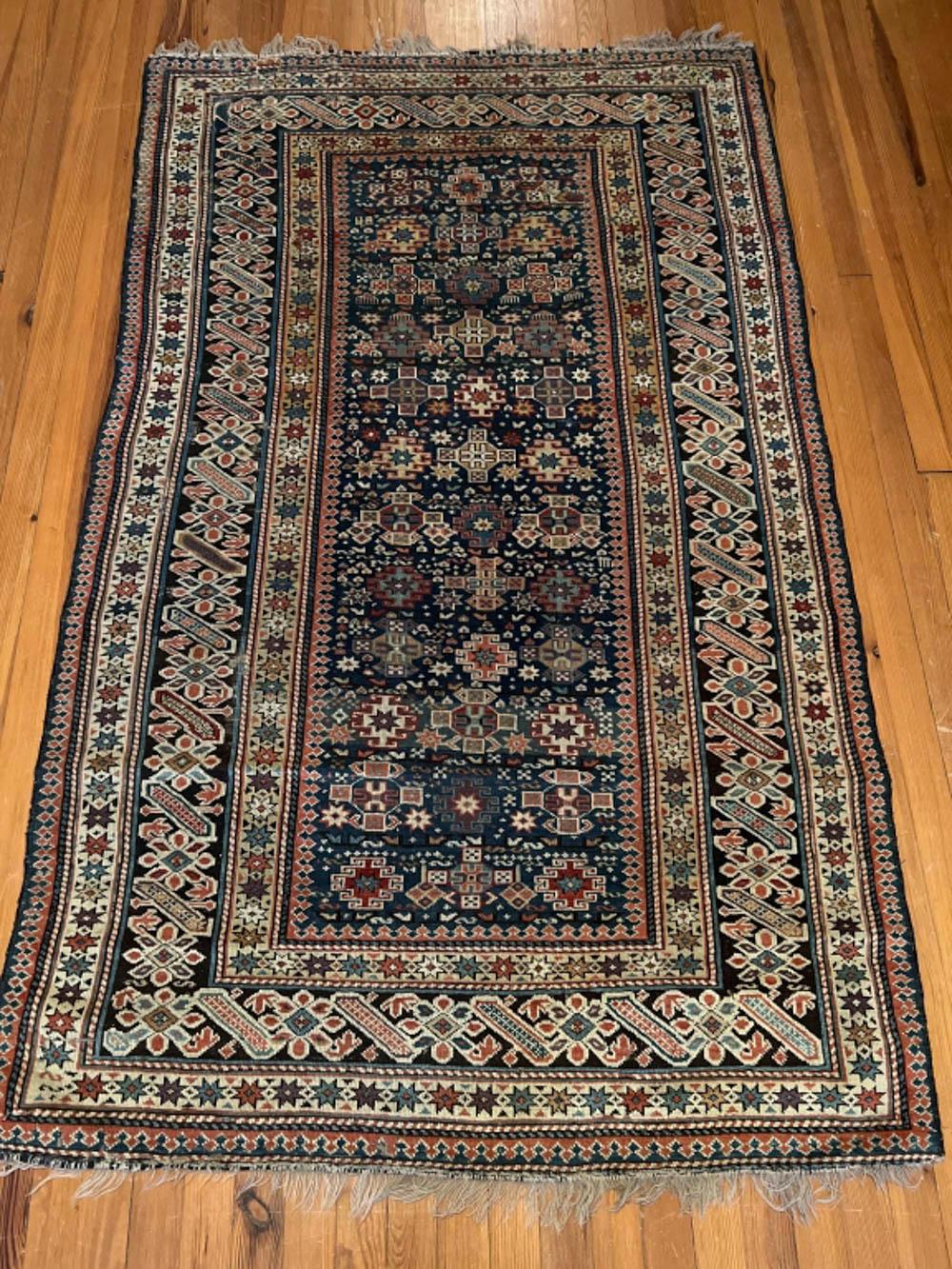 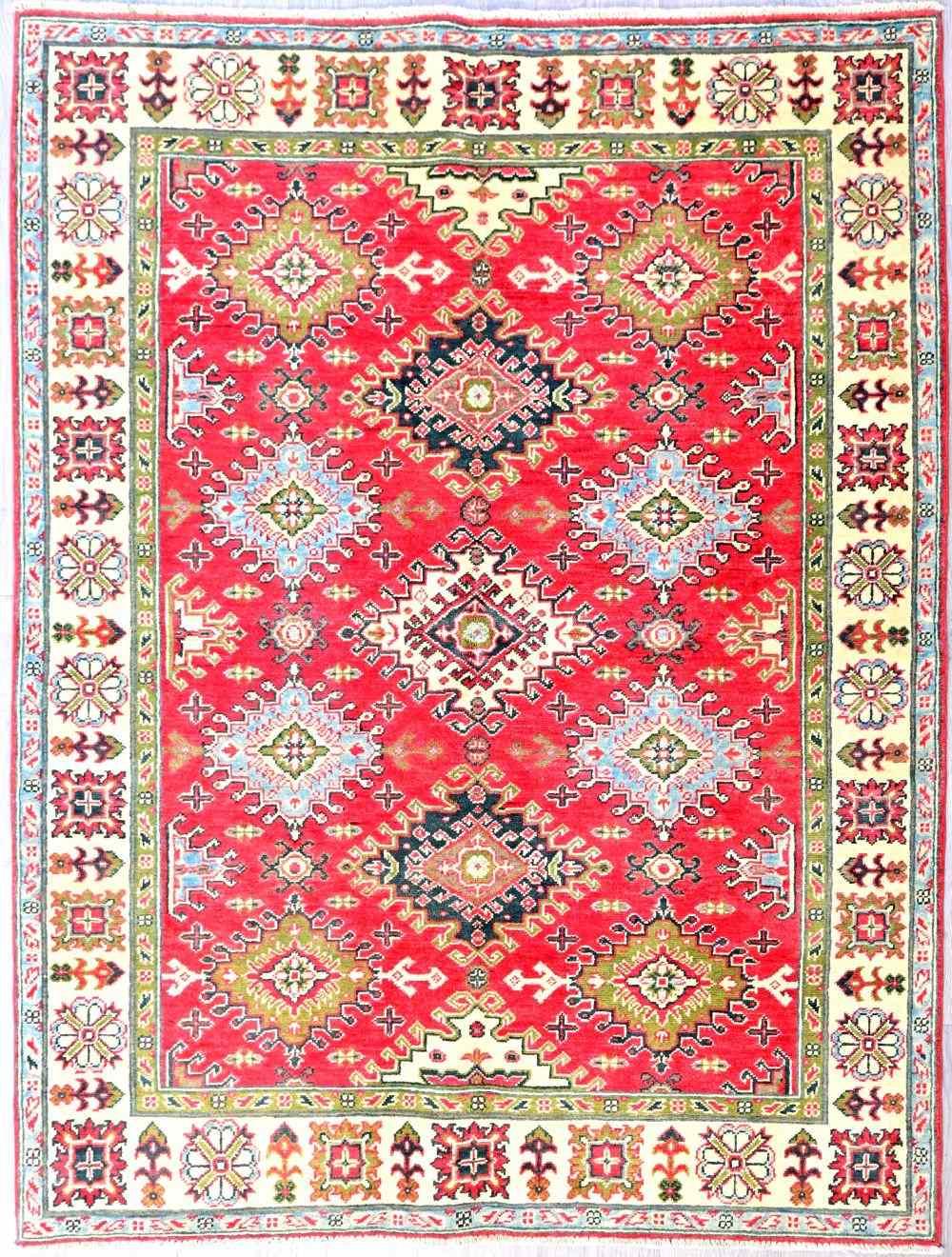 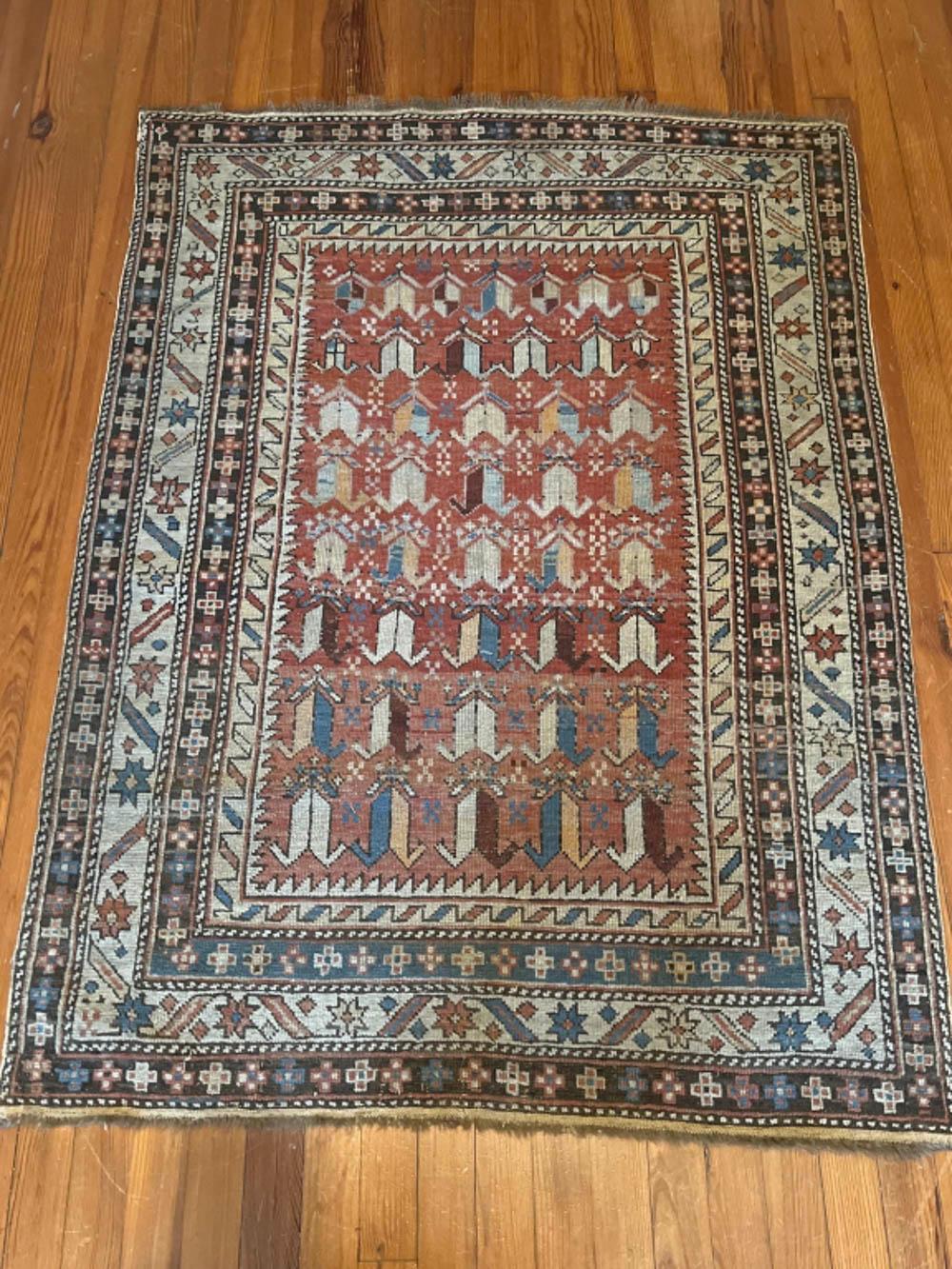 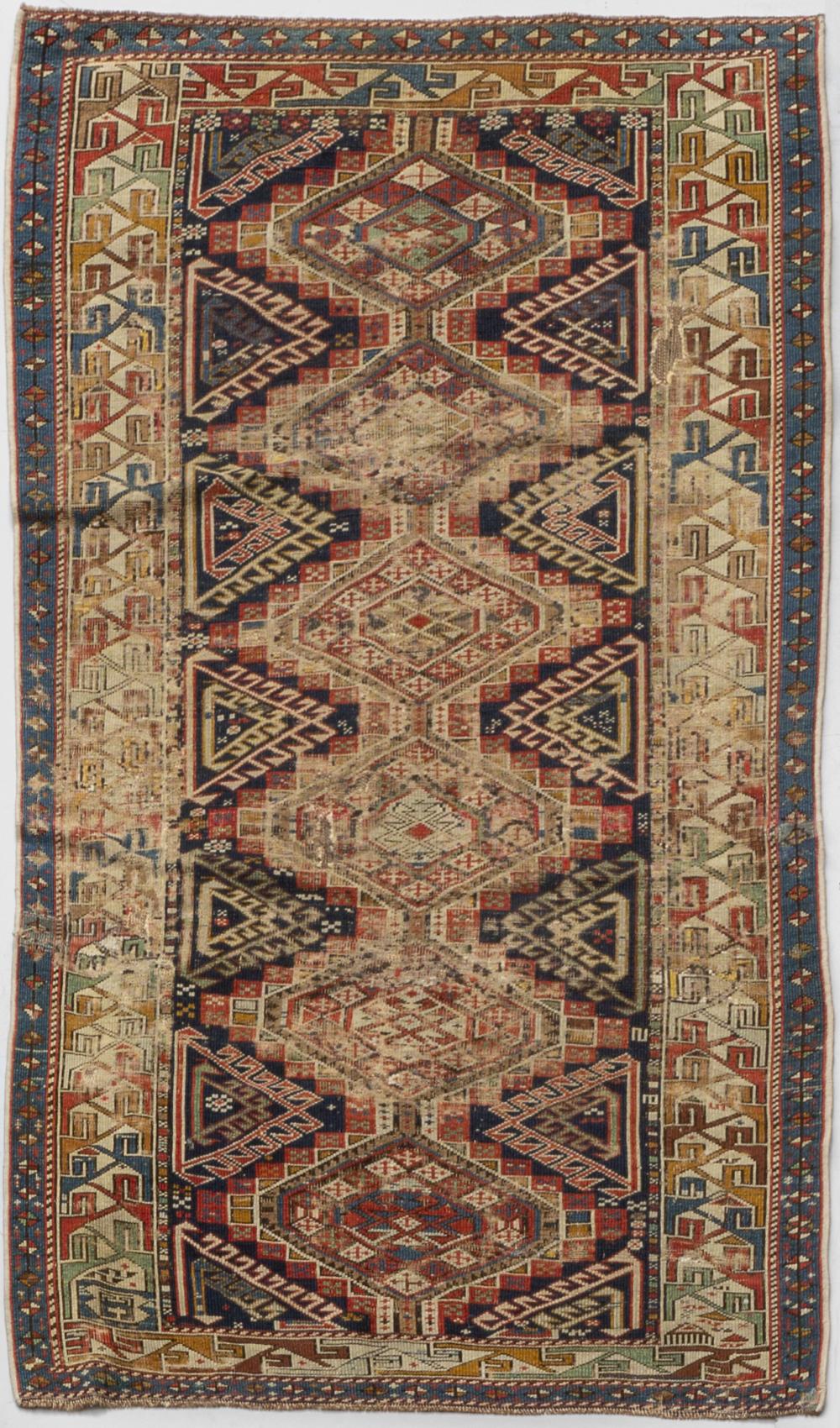 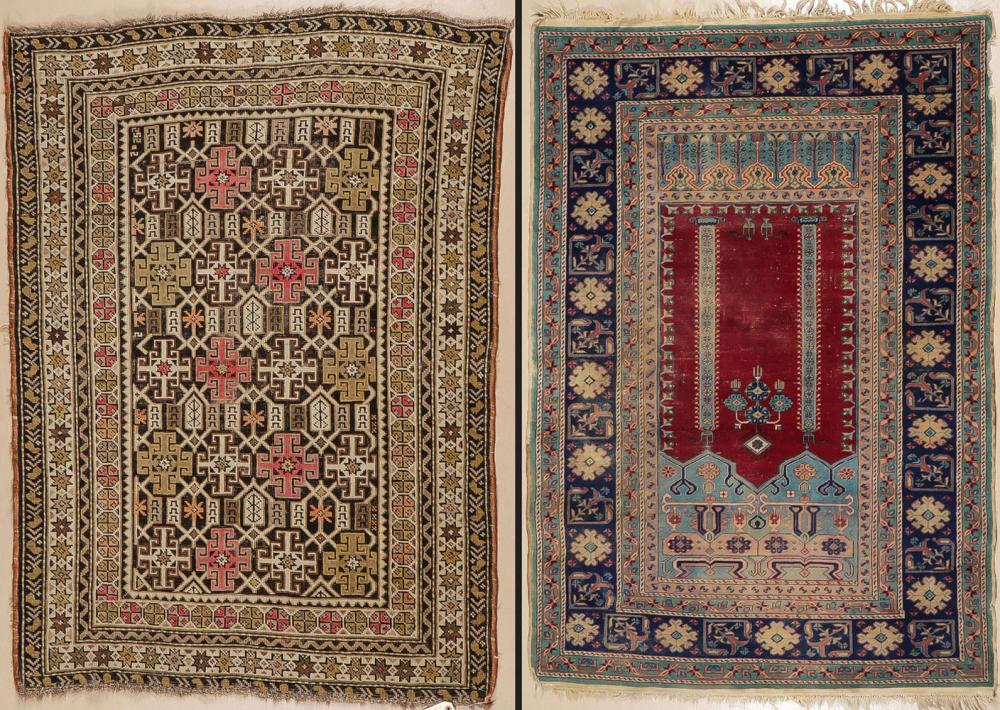 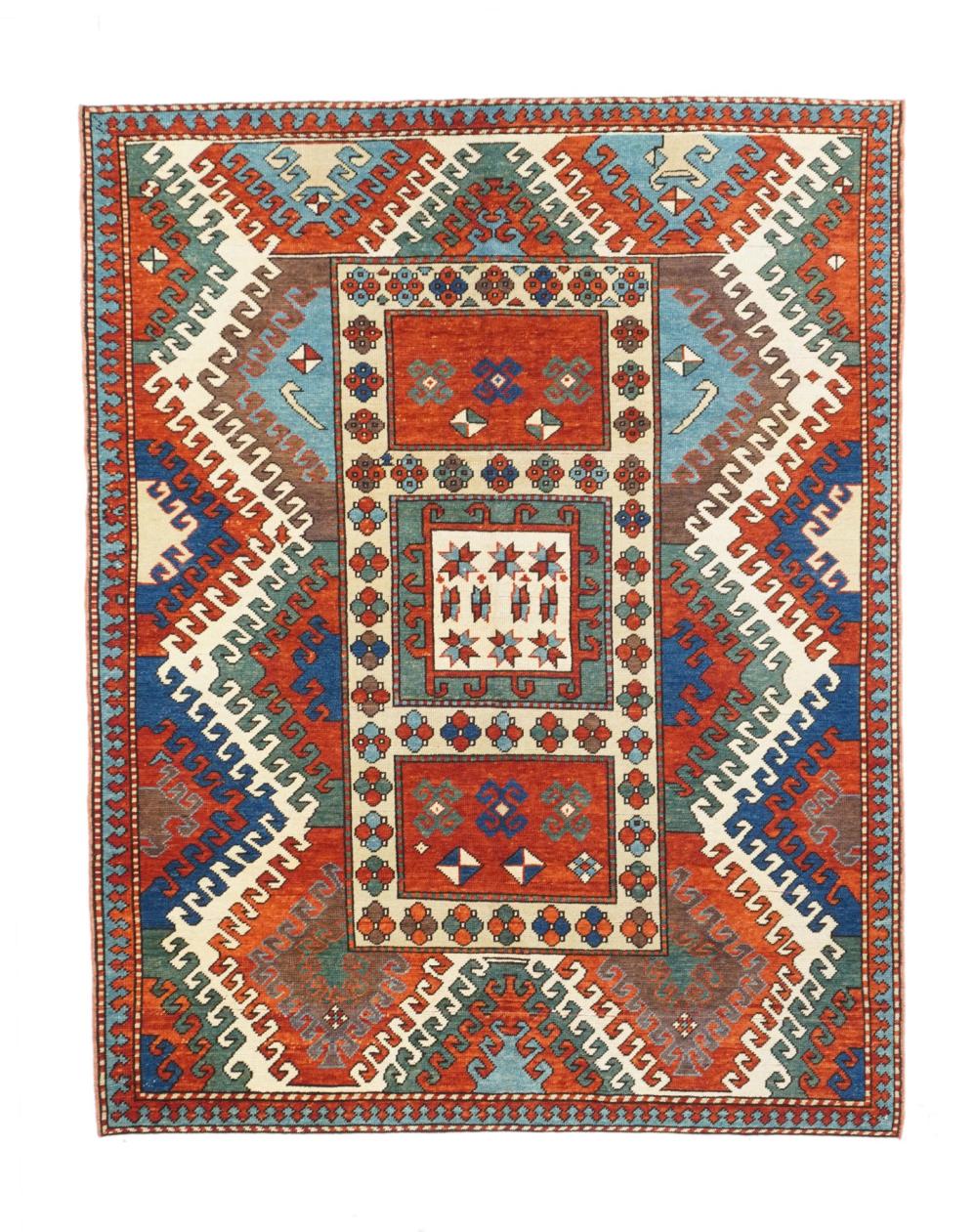 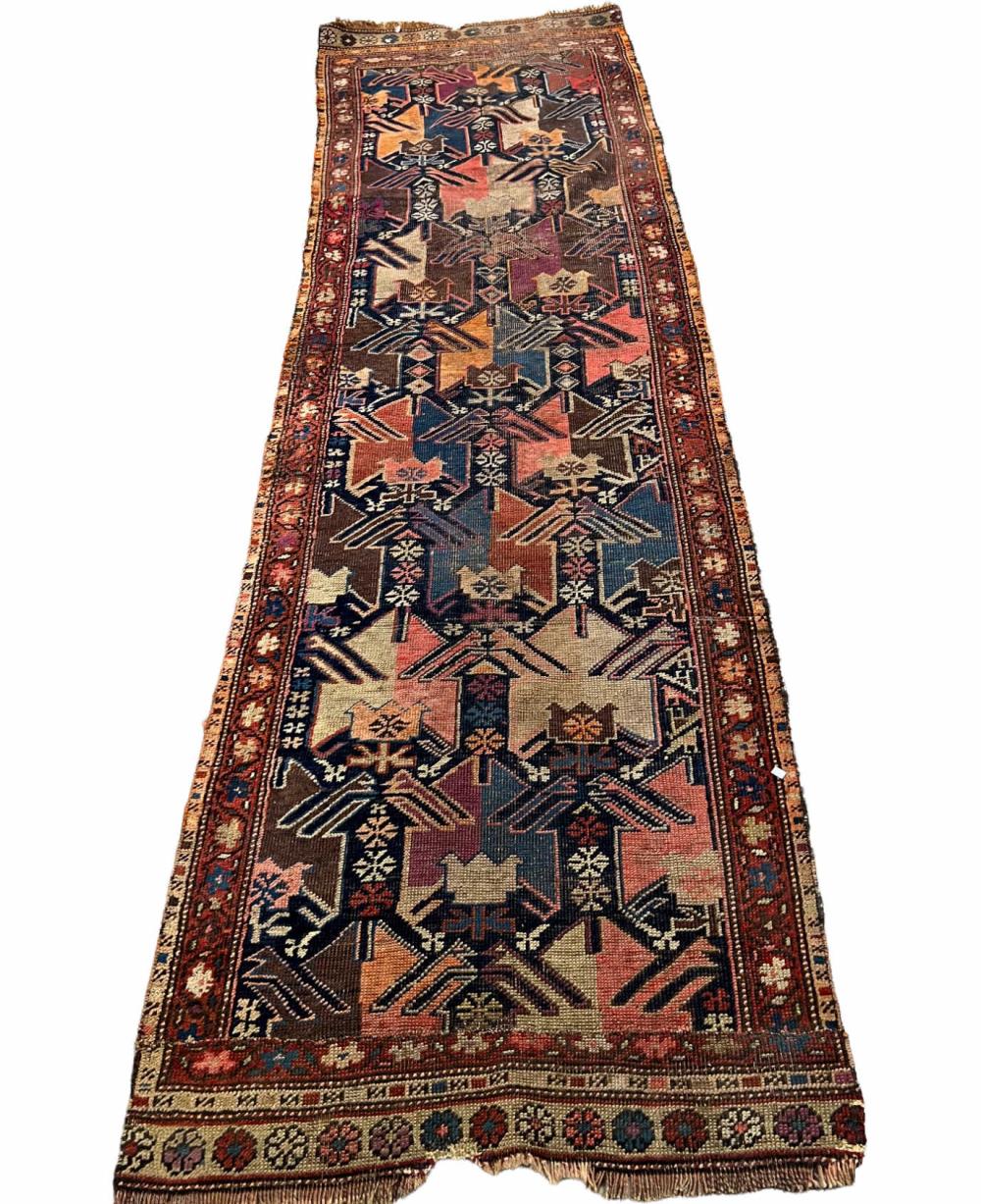 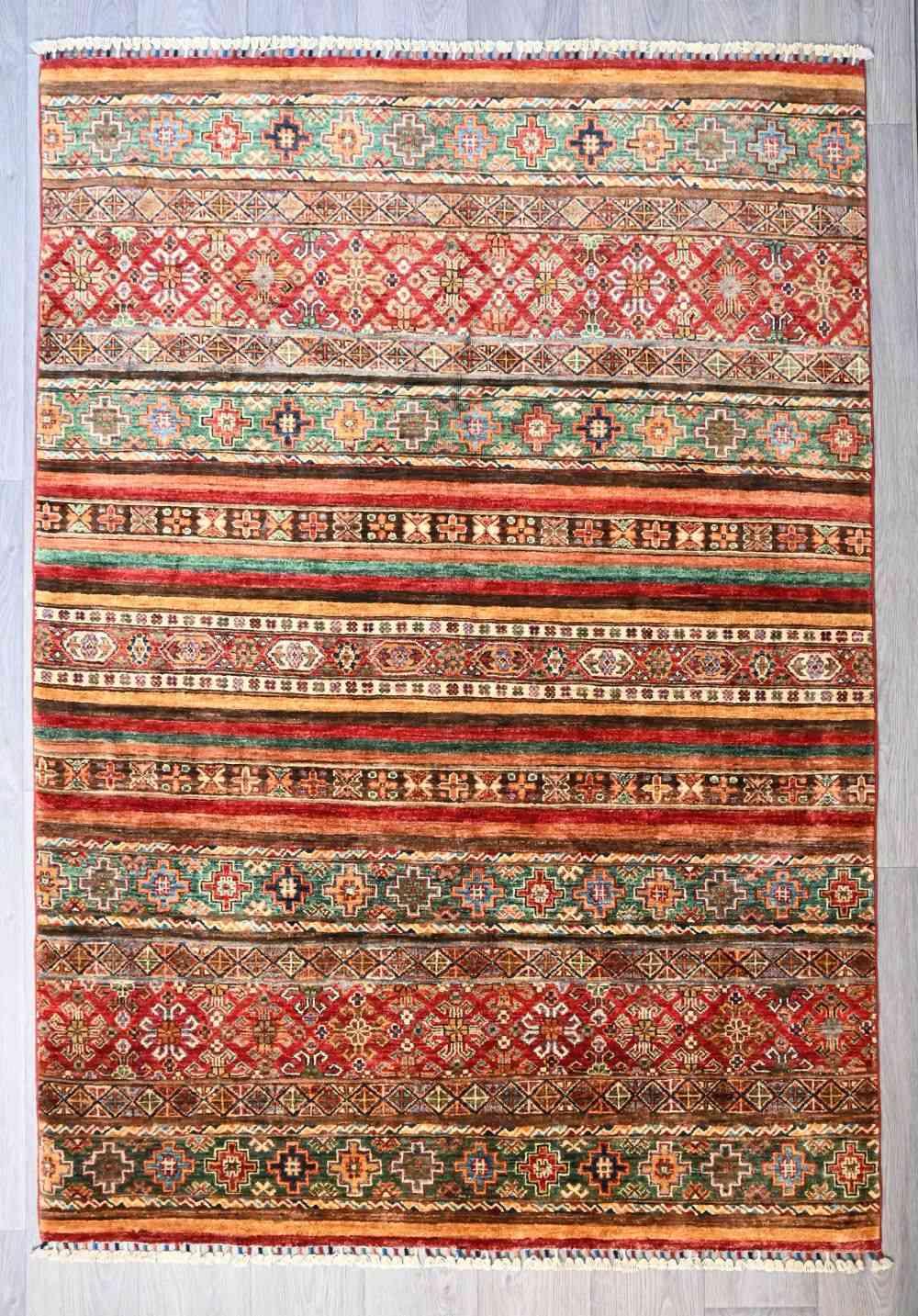 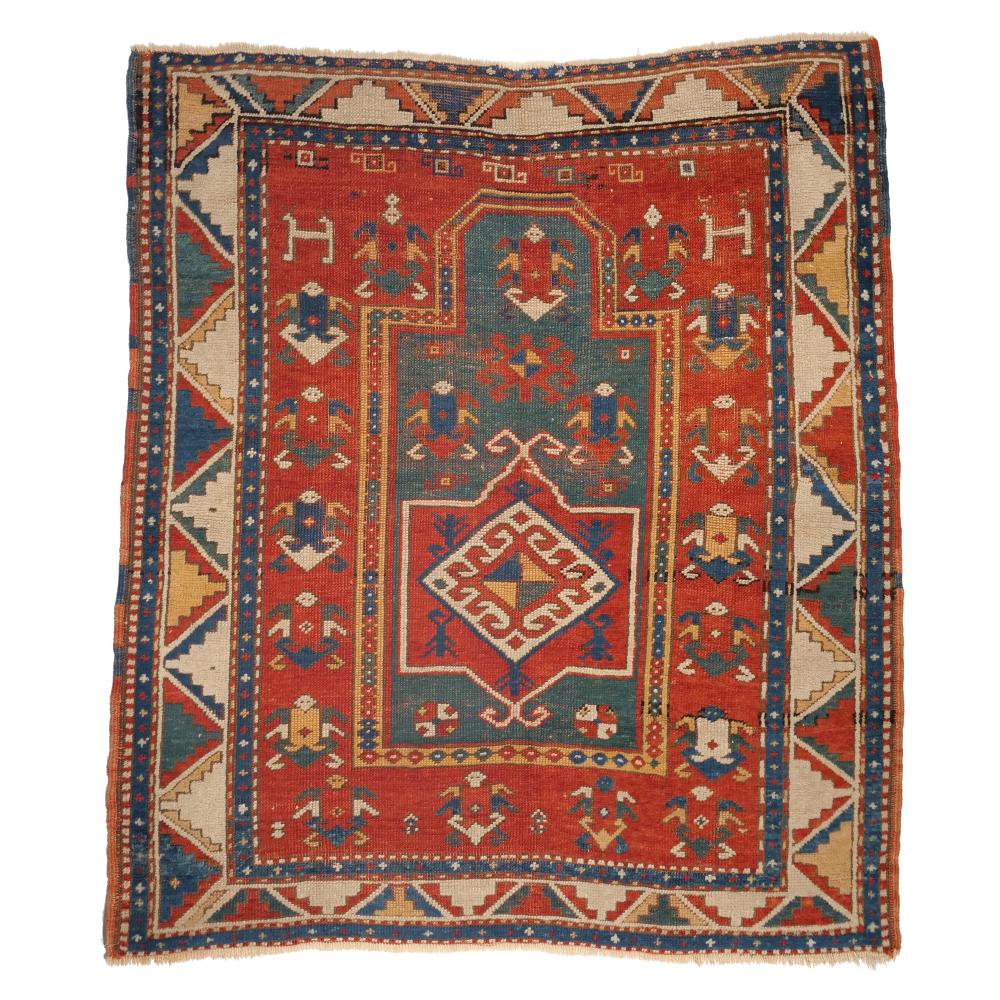 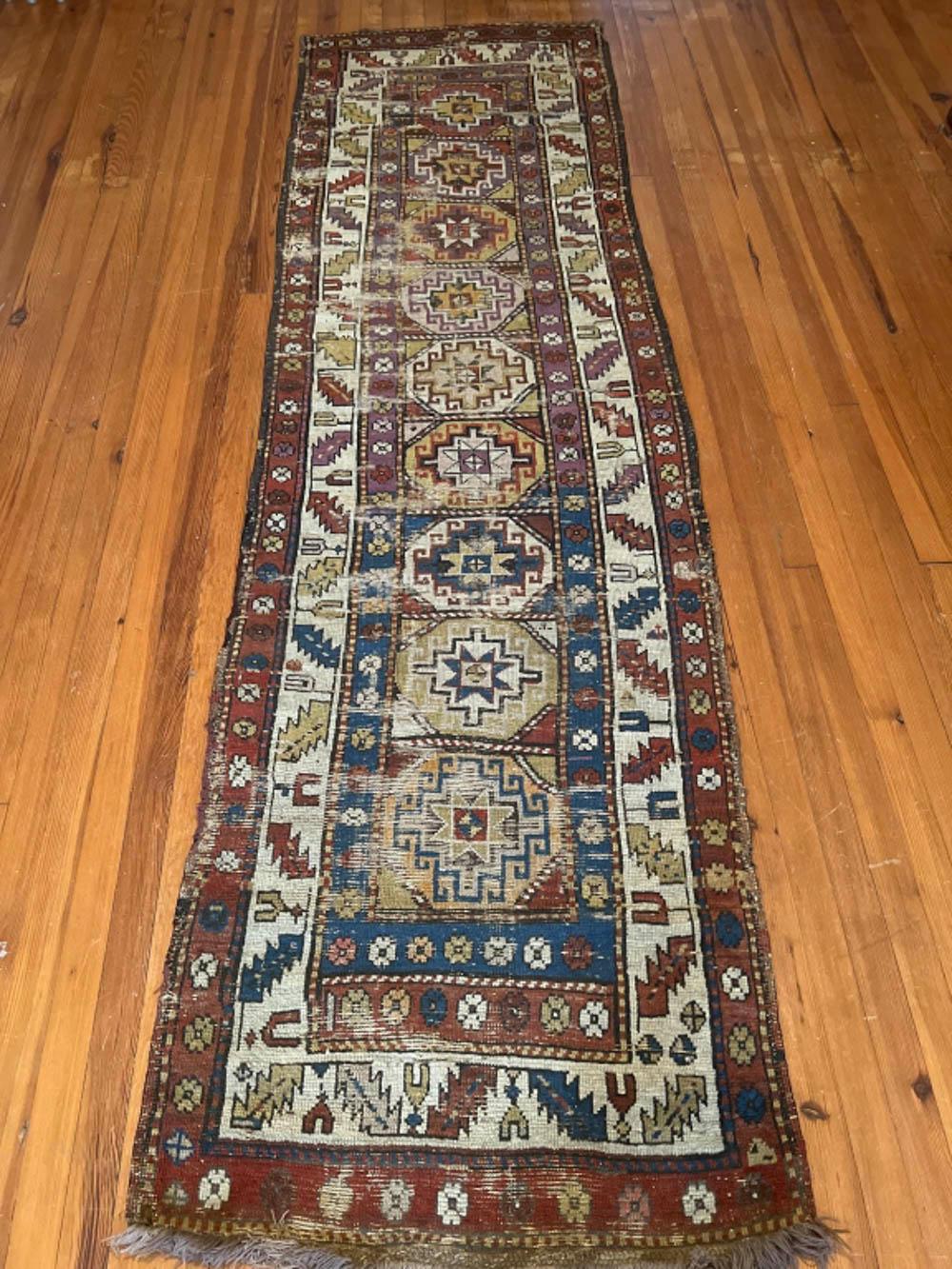 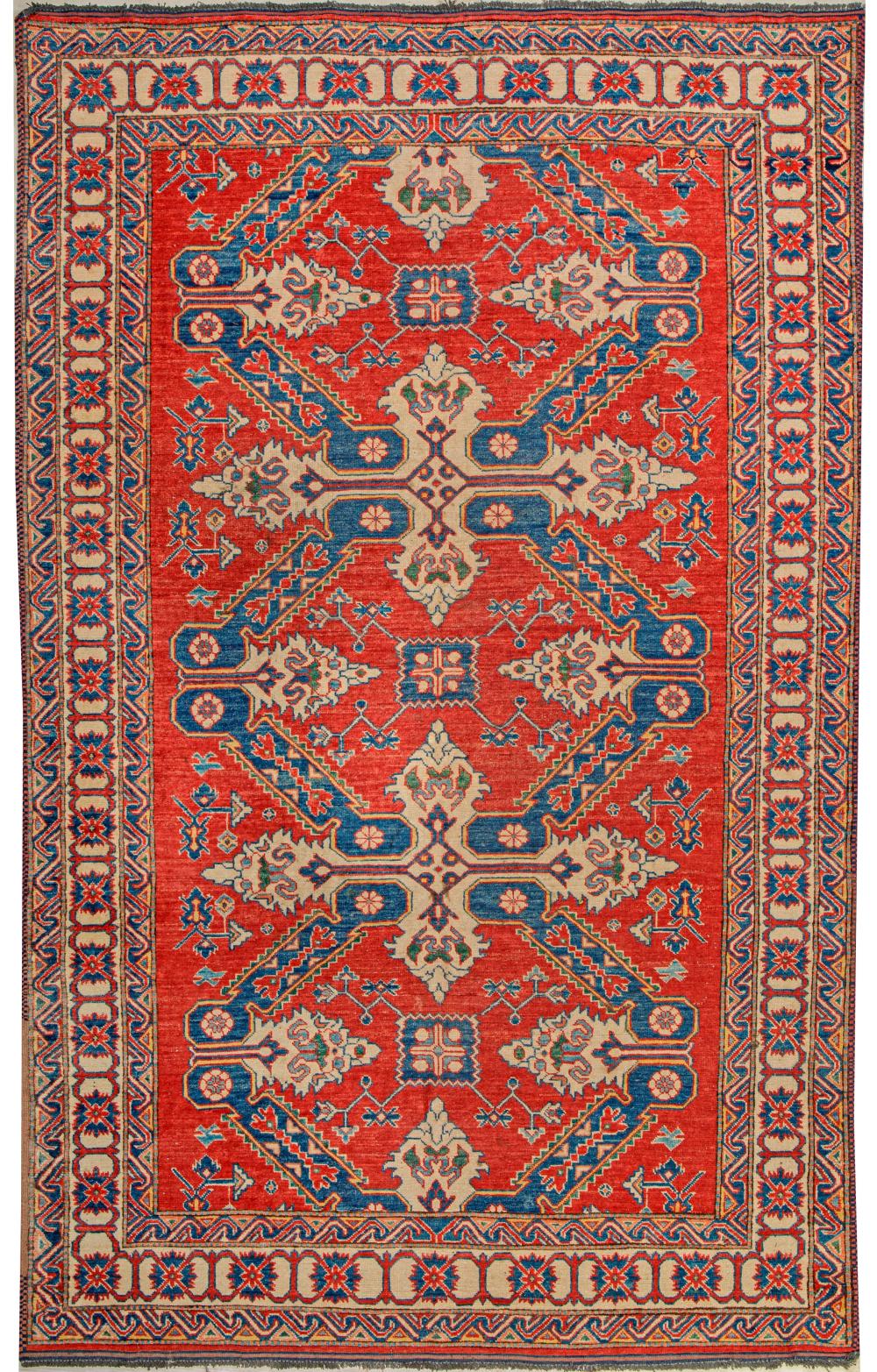 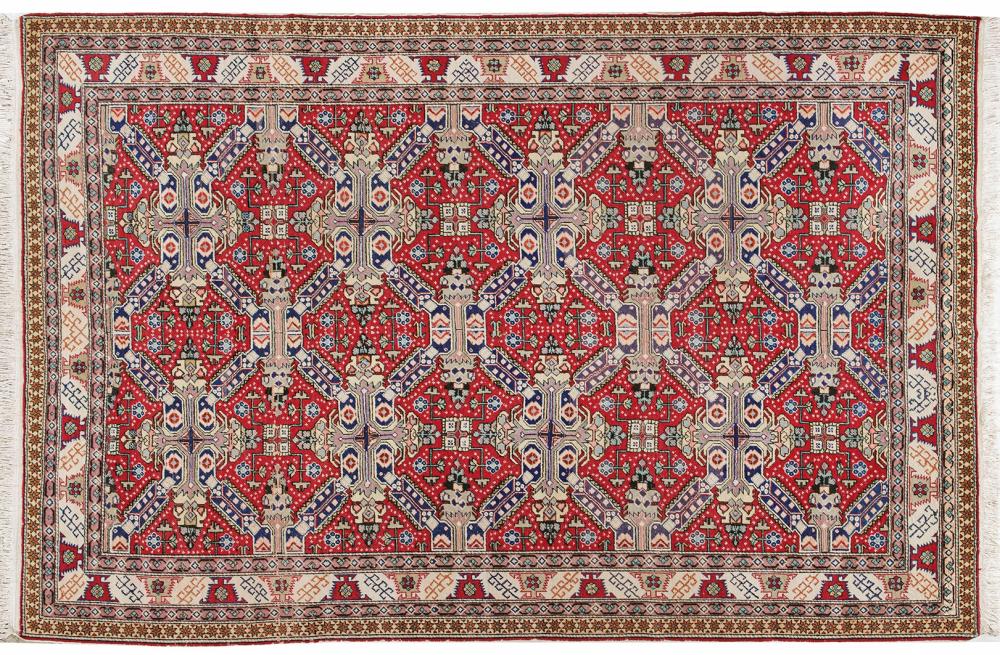 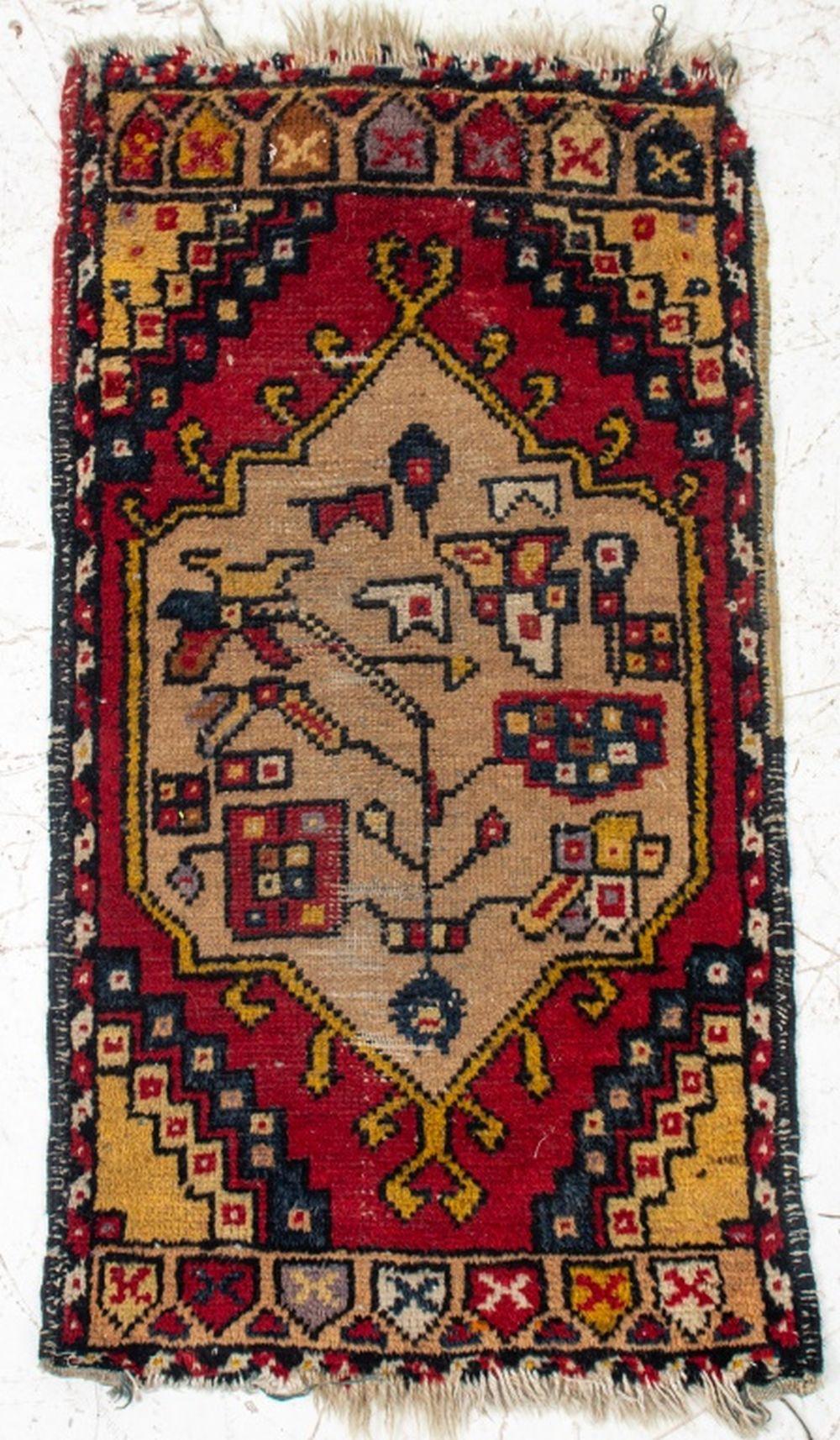 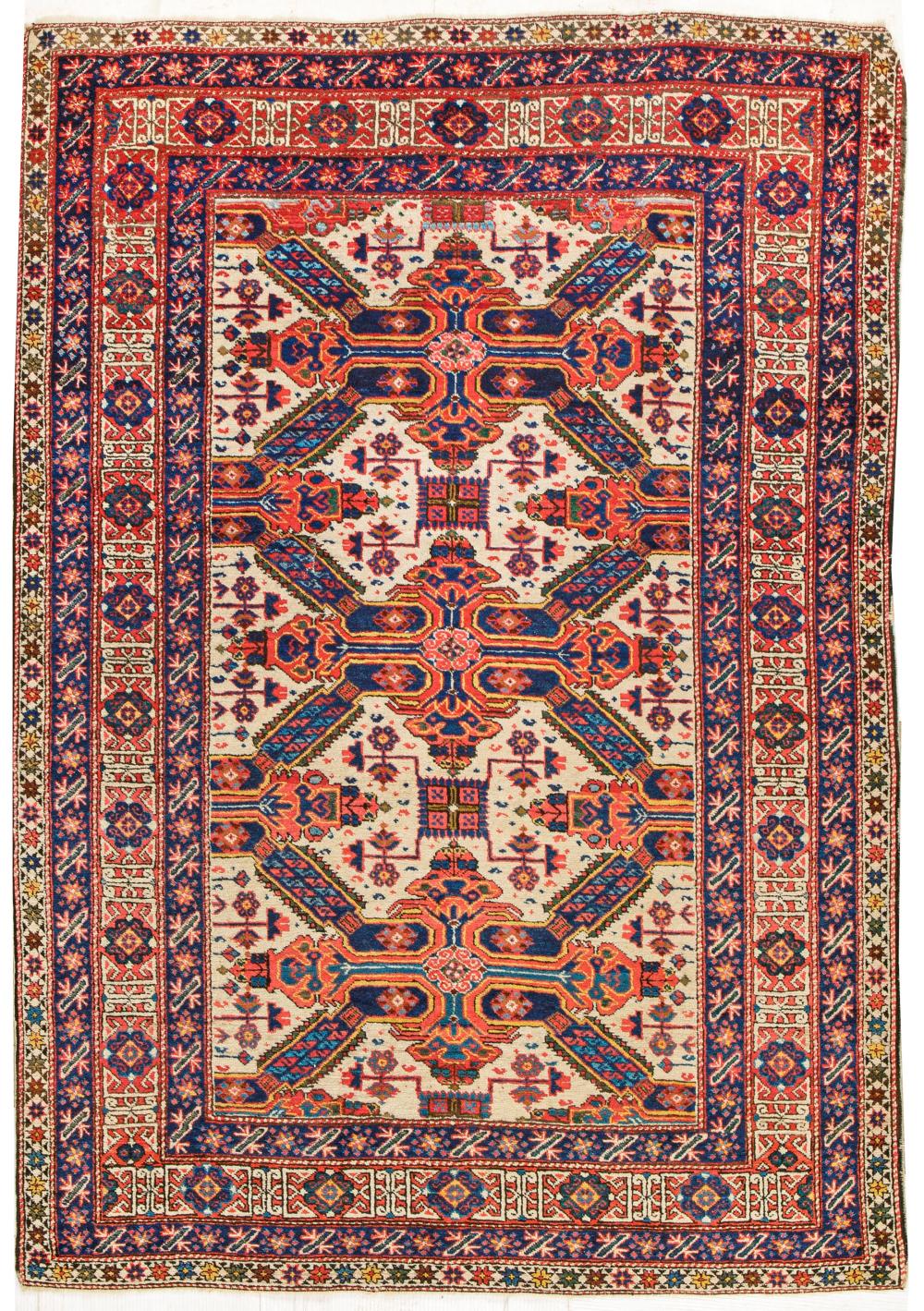 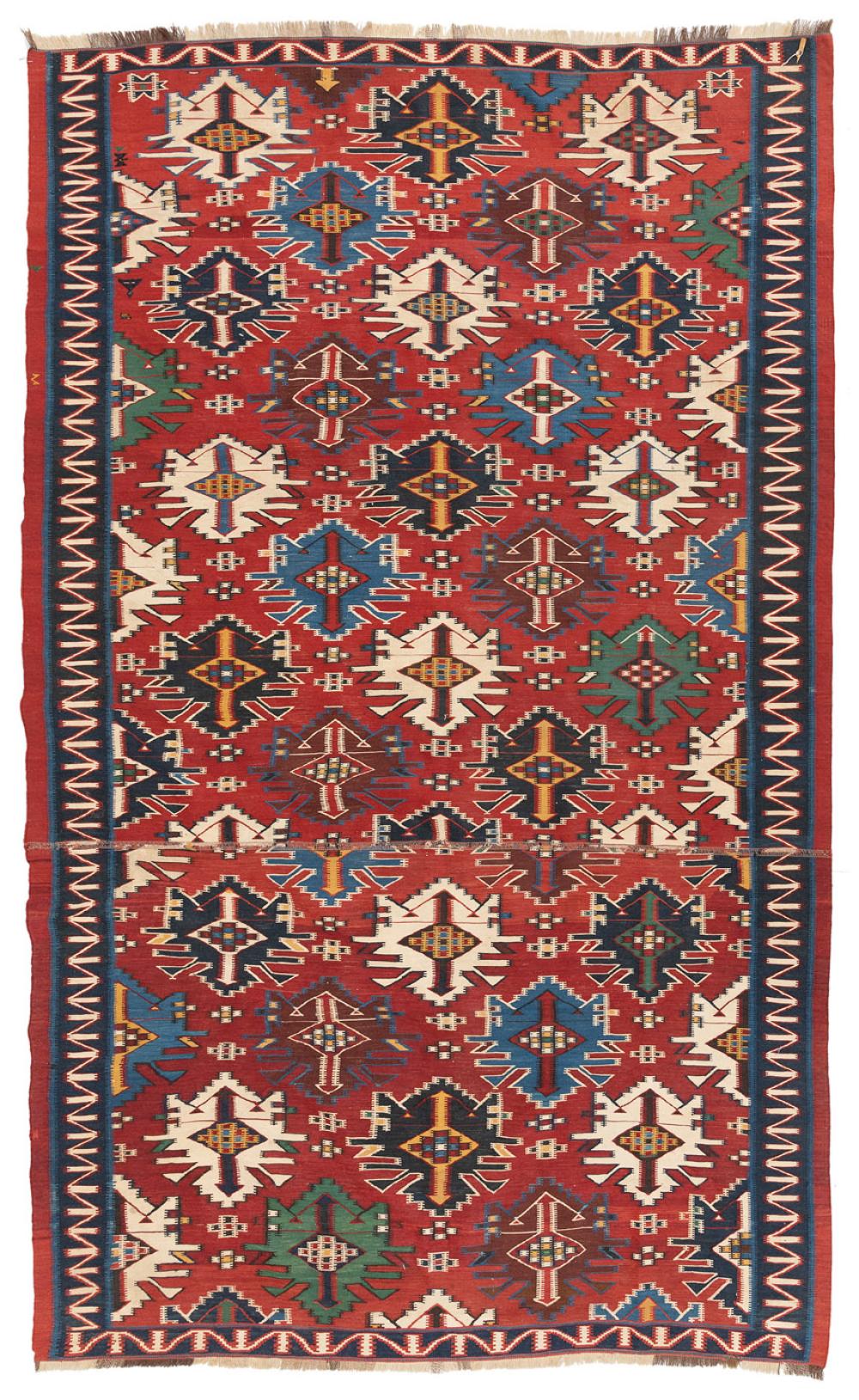 A FRAGMENT OF A KUBA KILIM 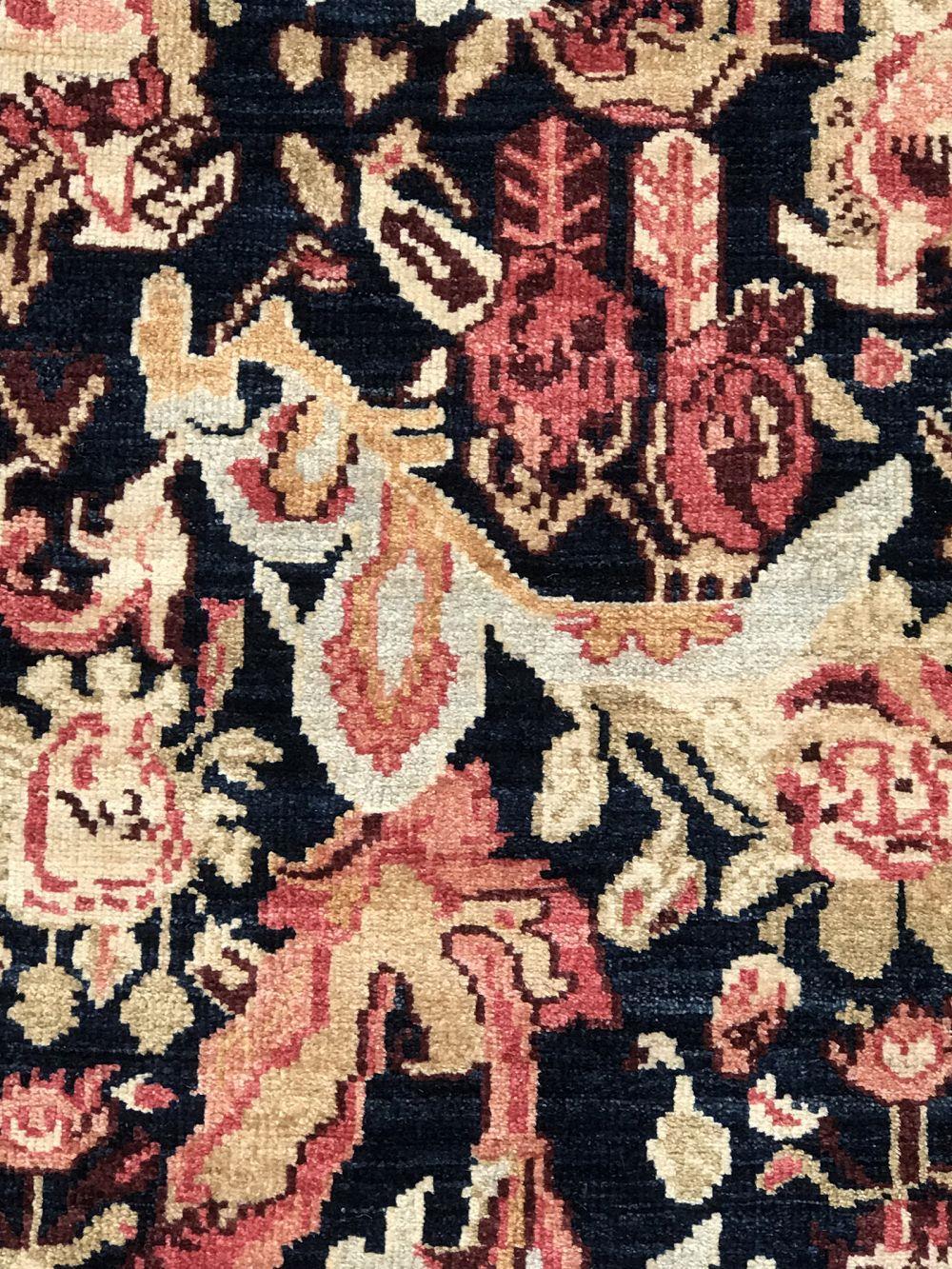 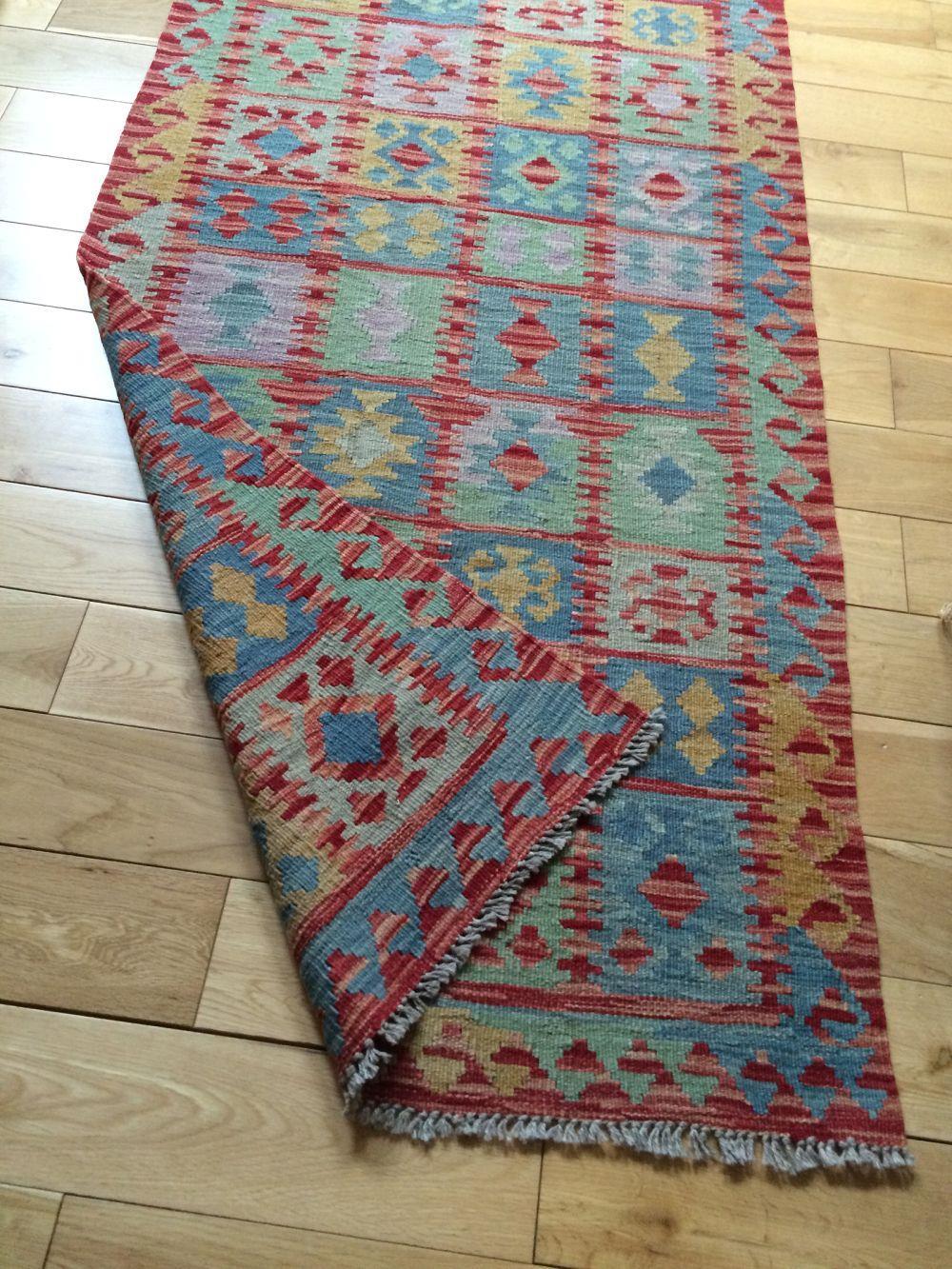 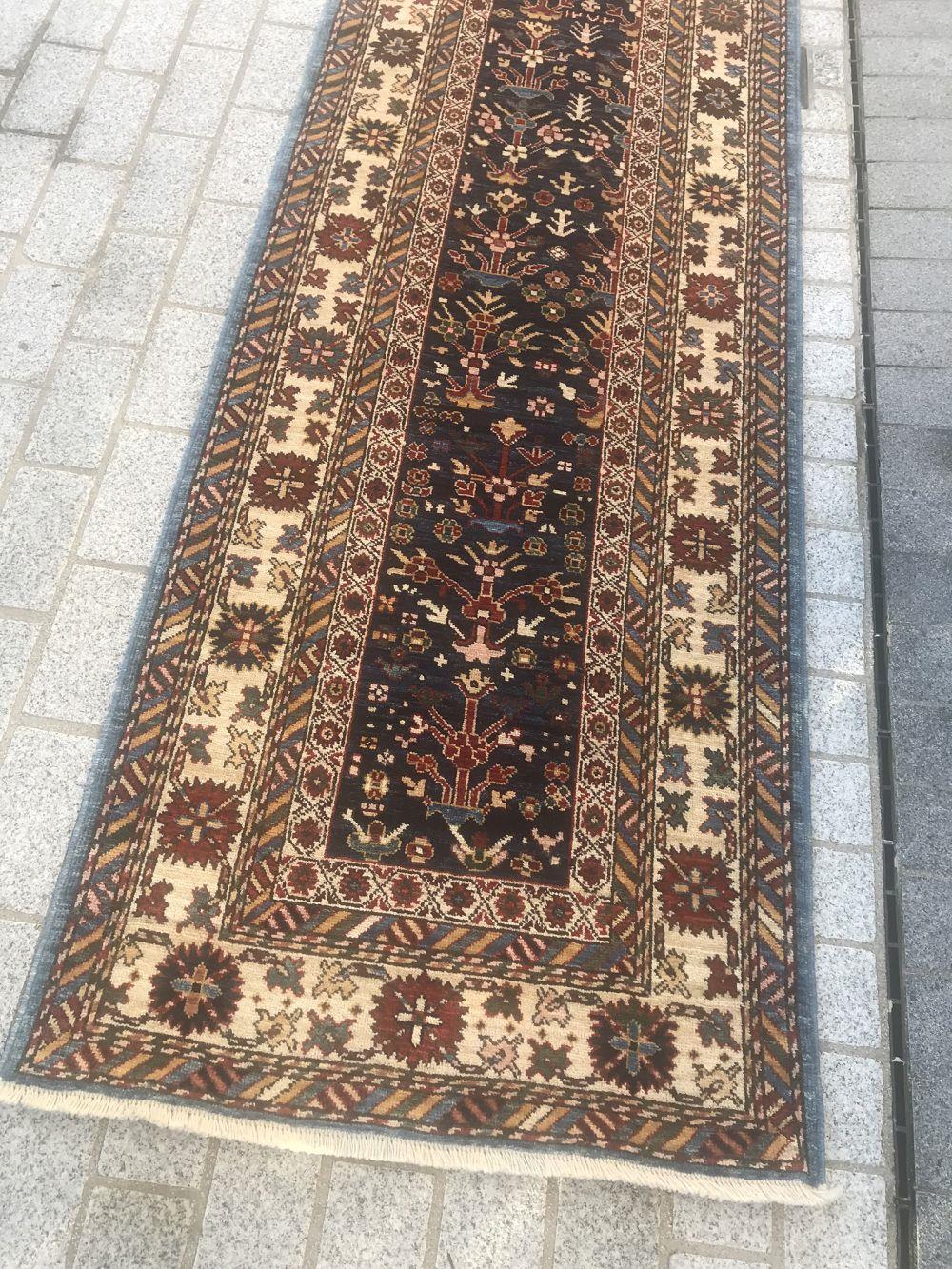 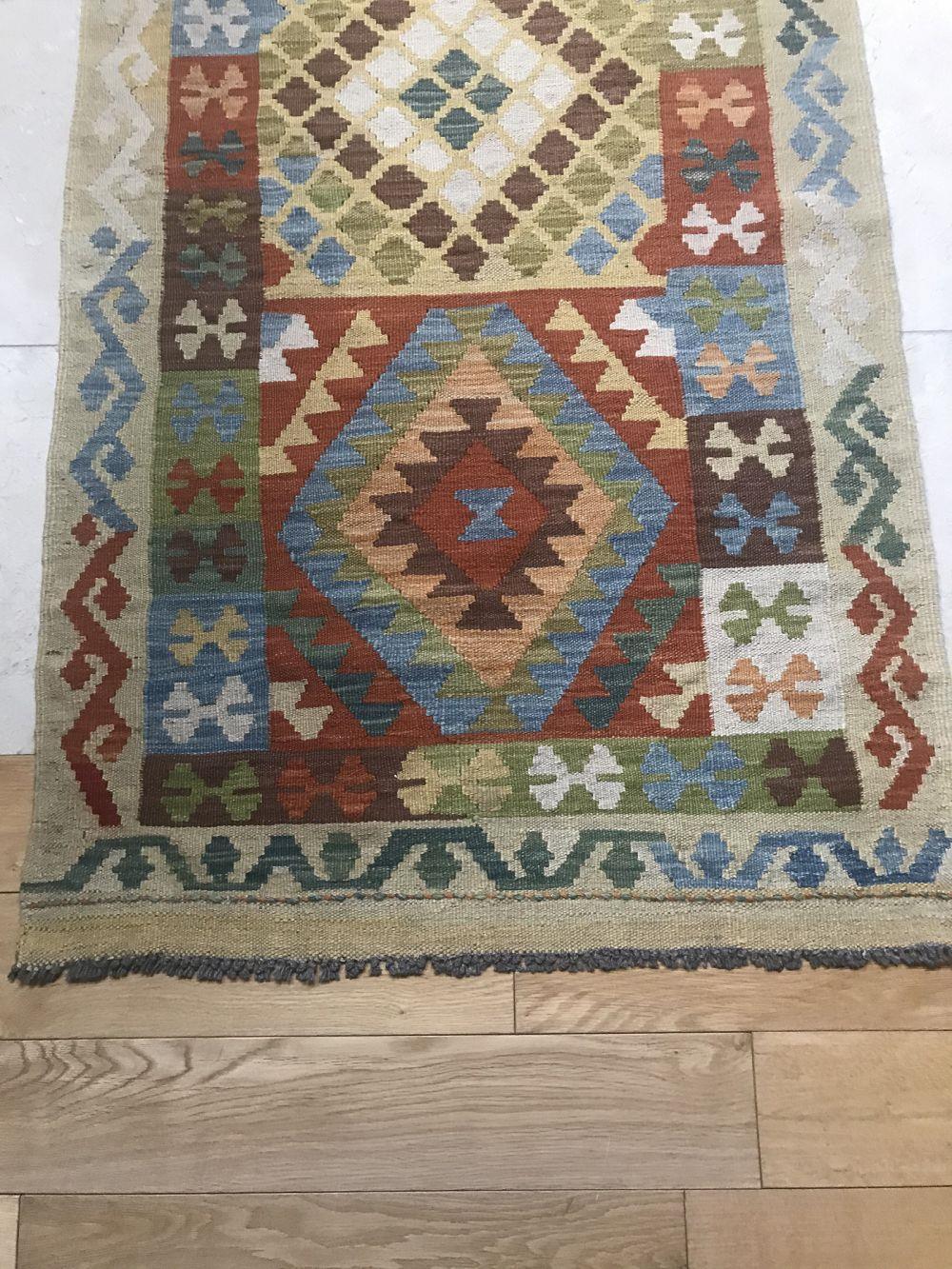 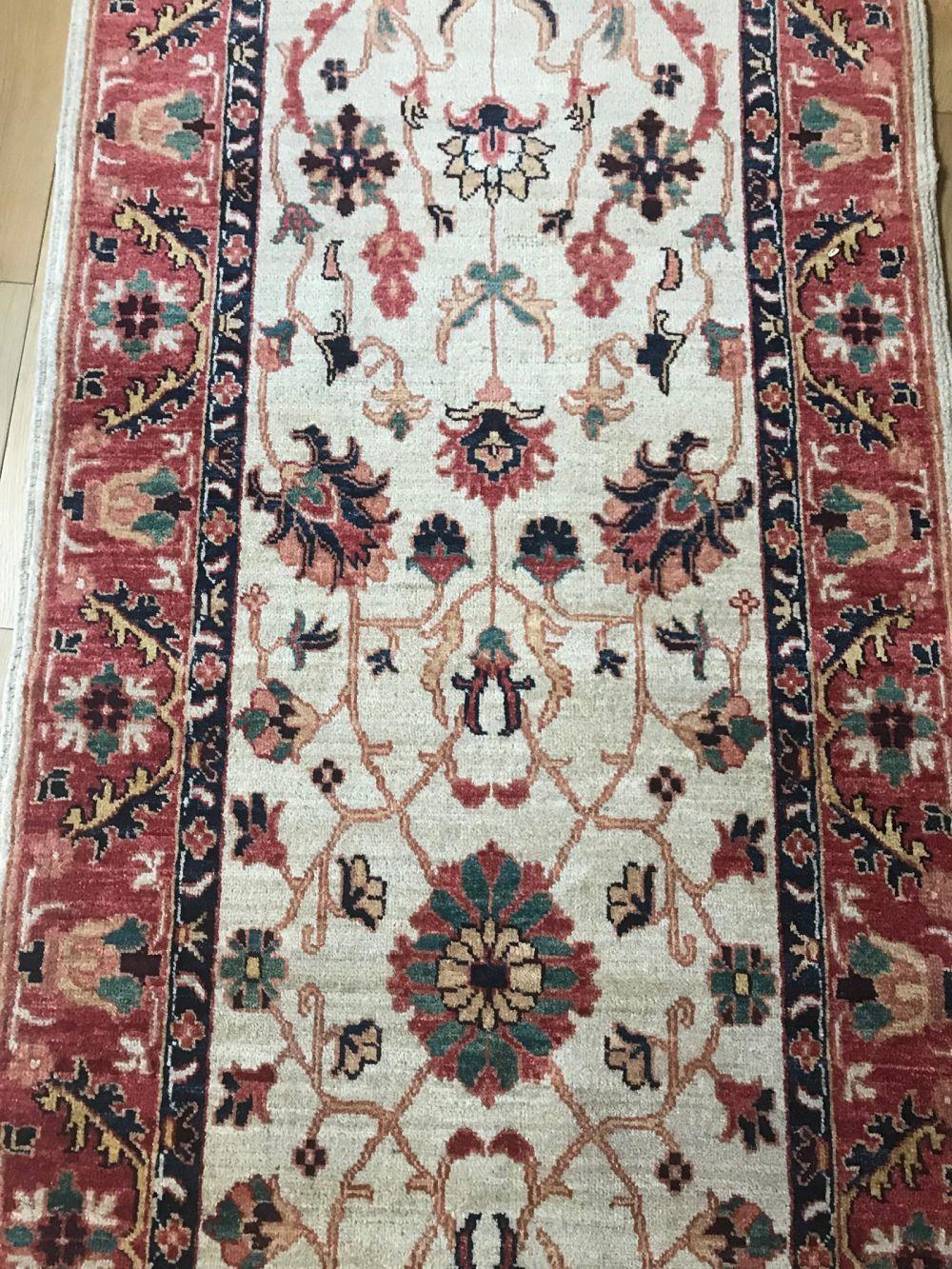