Chinese artisans have long been masters of carving beautiful and intricate sculptures of bronze, ivory, timber, and stone. Starting from the Neolithic Period, Chinese sculptures emerged alongside pottery as a product of religion and aesthetically morphed over the course of history to embody different cultural beliefs.

While early Chinese sculptures from the Neolithic Period may have been artist attempts to recreate their surroundings, animal statues tend to hold symbolic meanings with have remained traditionally consistent over time. A pair of ducks, for example, would represent a harmonious marriage. Frogs, another very common motif, are associated with moisture and are therefore depicted in order to summon rainwater.

Animal statues can often stand alone to bring fortune, health, and protection to a household, structure, or person. Other times, combinations of materials and subject matter lead to new meanings for Chinese animal statues. Jade, compact and hard, can represent surety in Chinese tradition. The tortoise, believed to live for thousands of years, is representative of longevity. Combined, a jade sculpture of a tortoise has been thought to grant its owner long life. 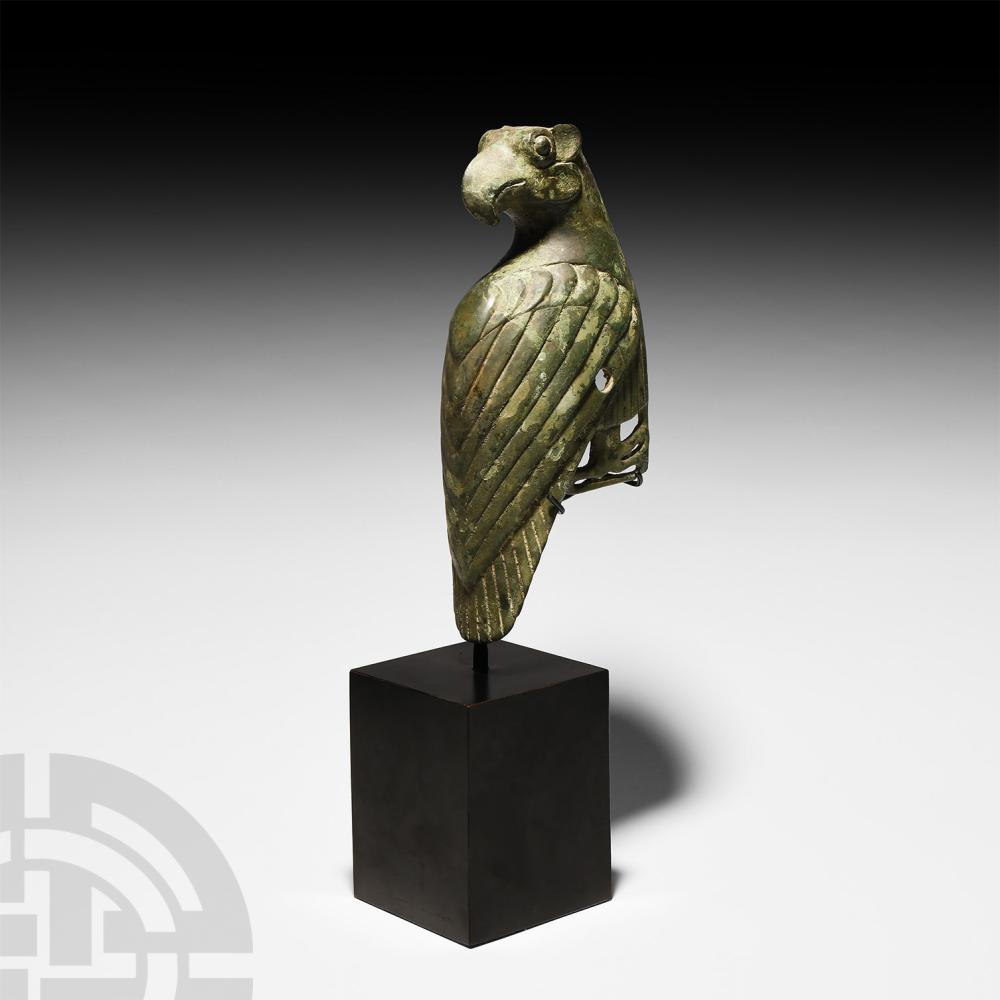 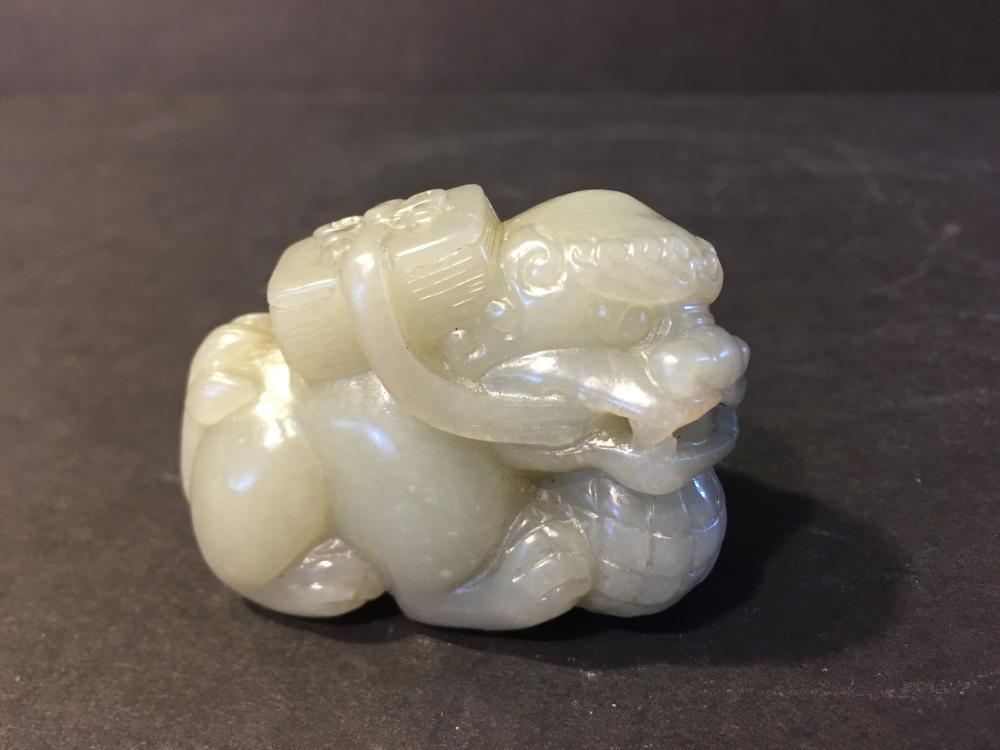 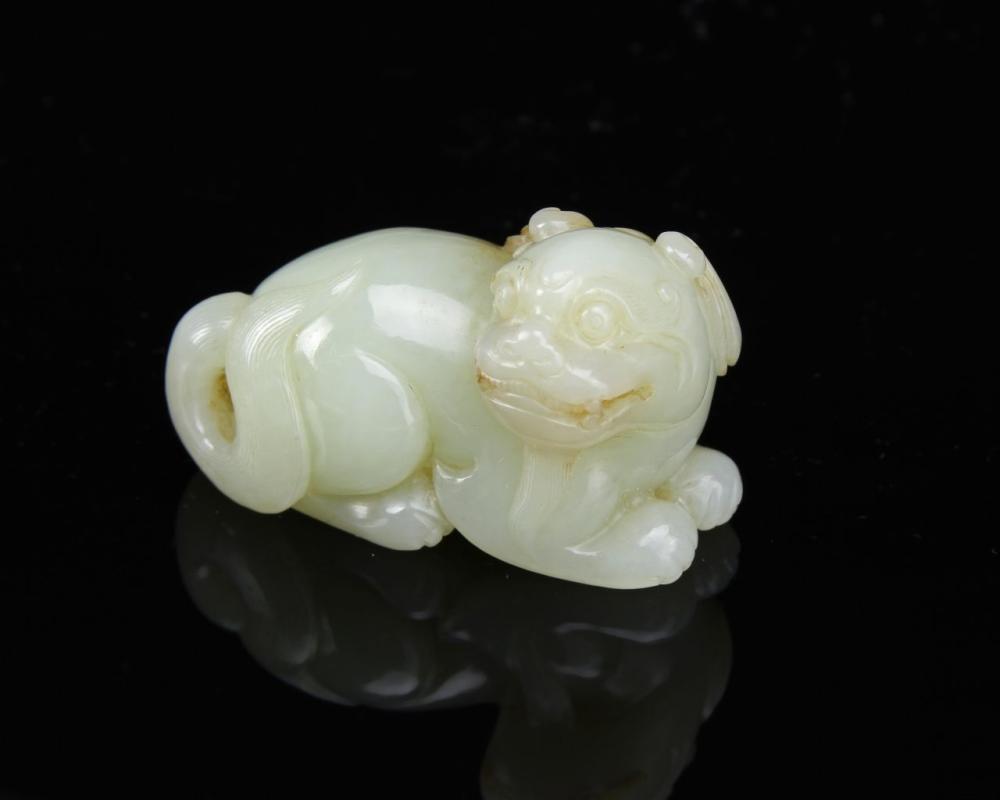 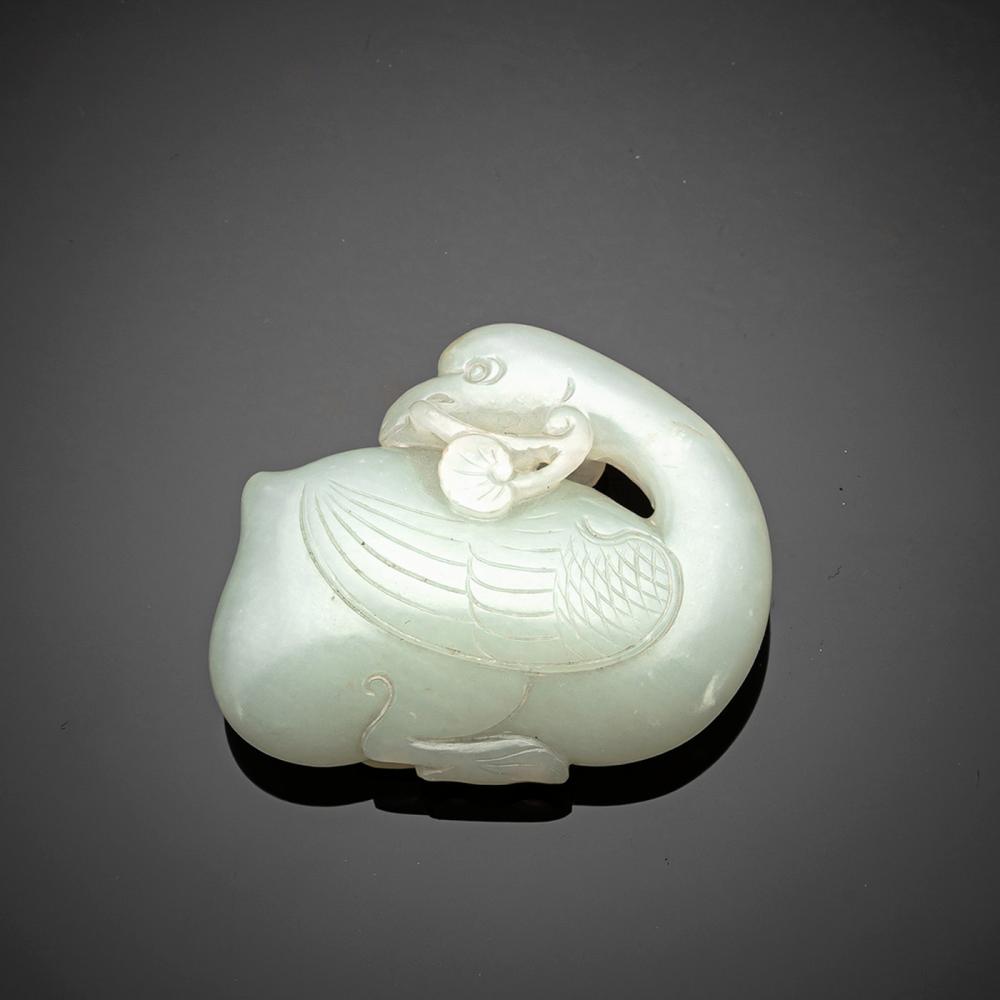 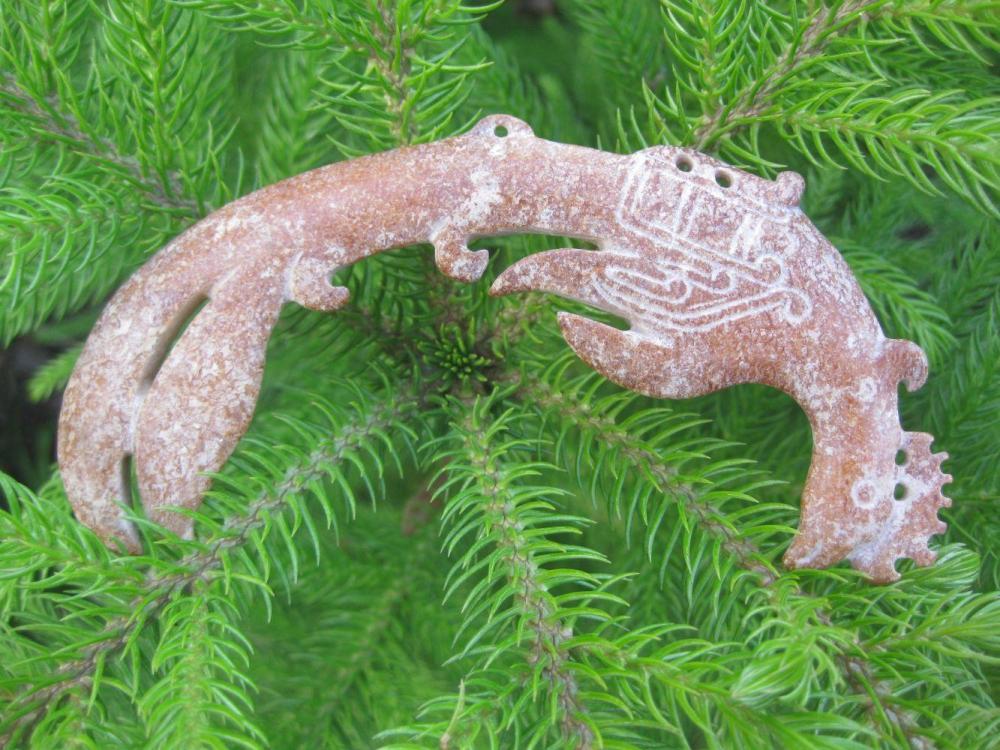 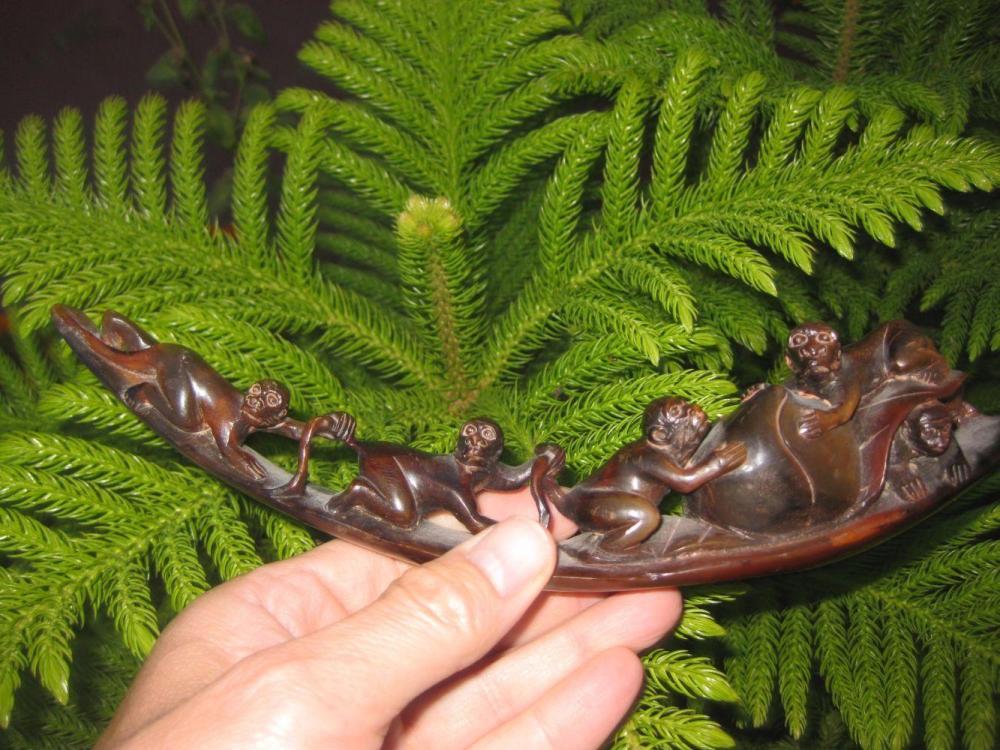 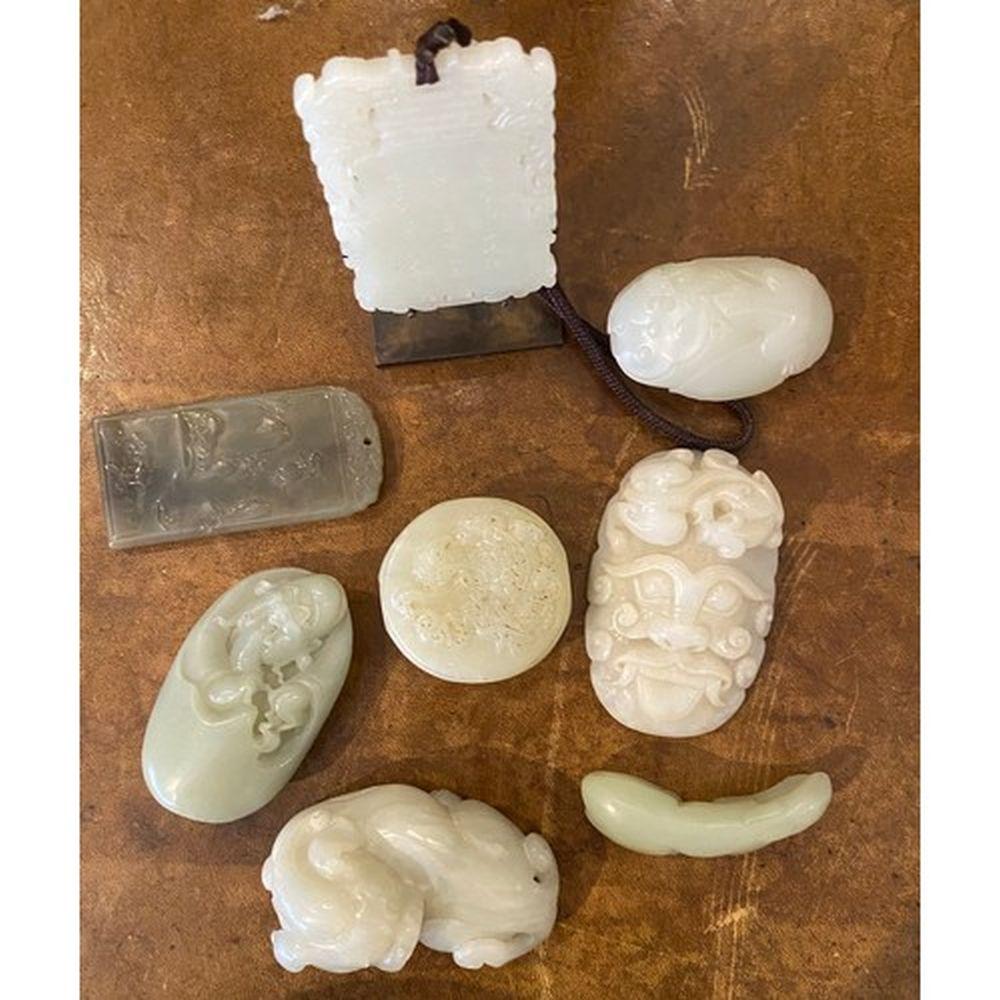 Eight pieces of jade from a gentleman's collection 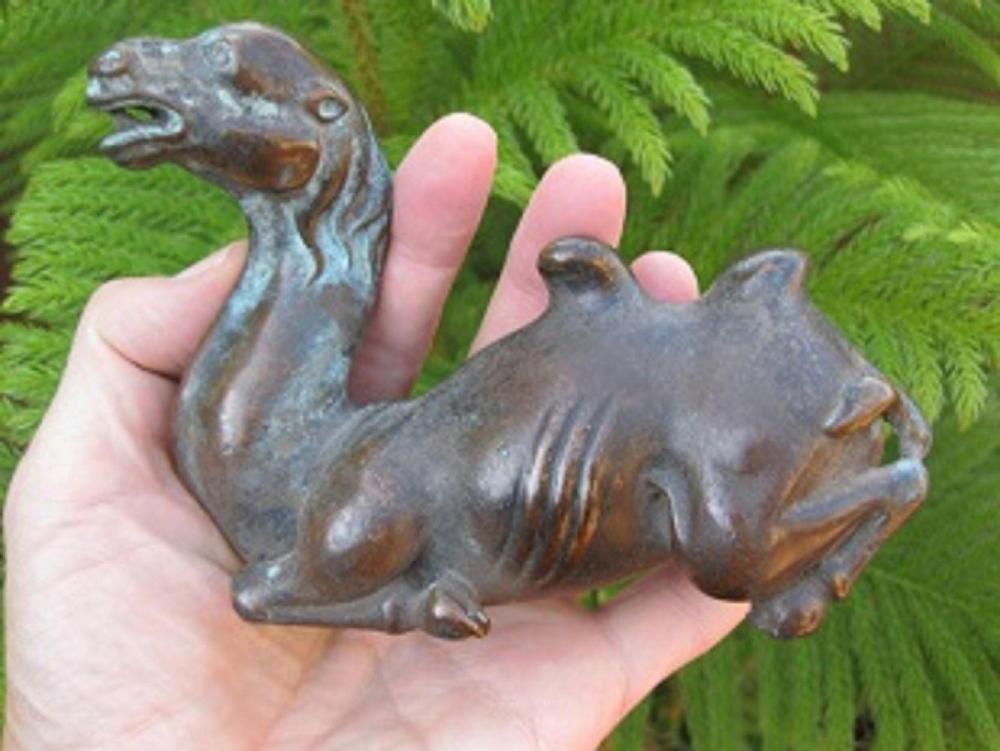 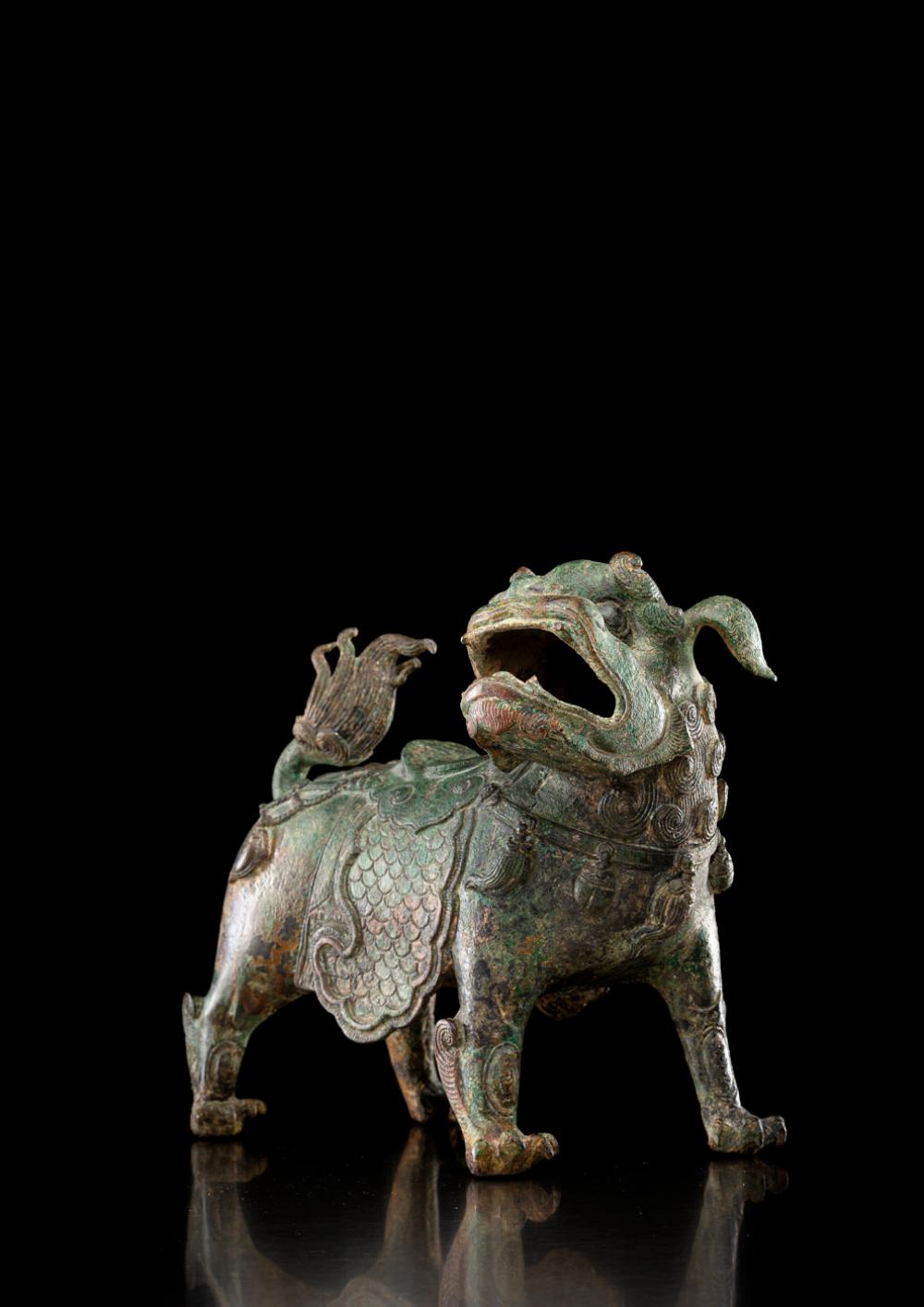 A RARE AND HEAVY-CAST BRONZE MODEL OF A LION 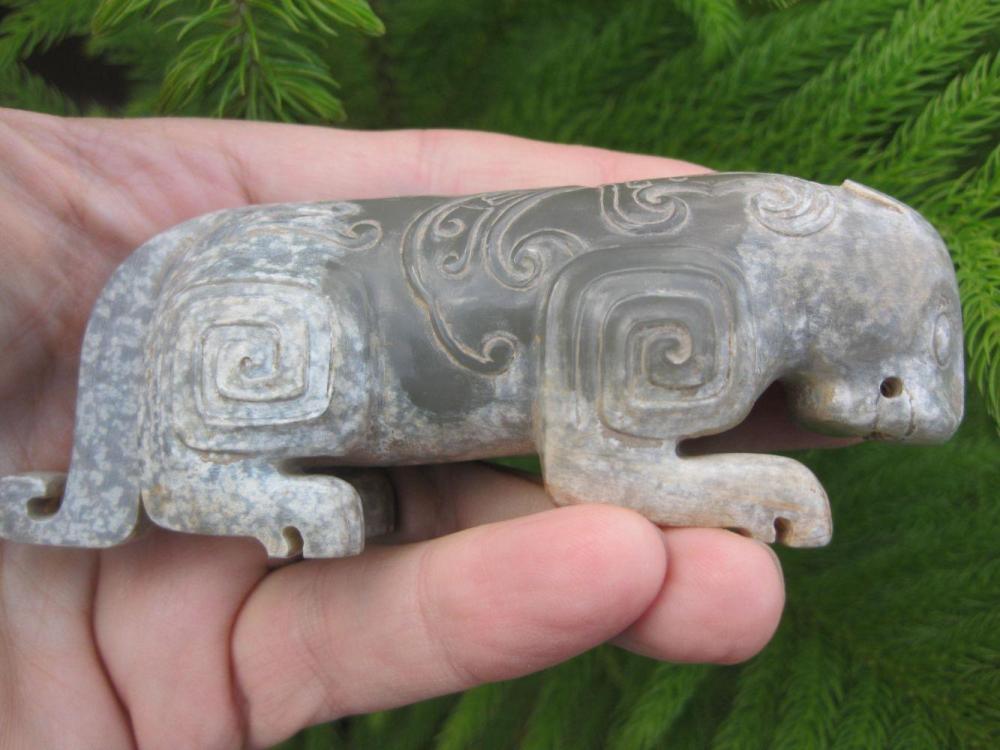 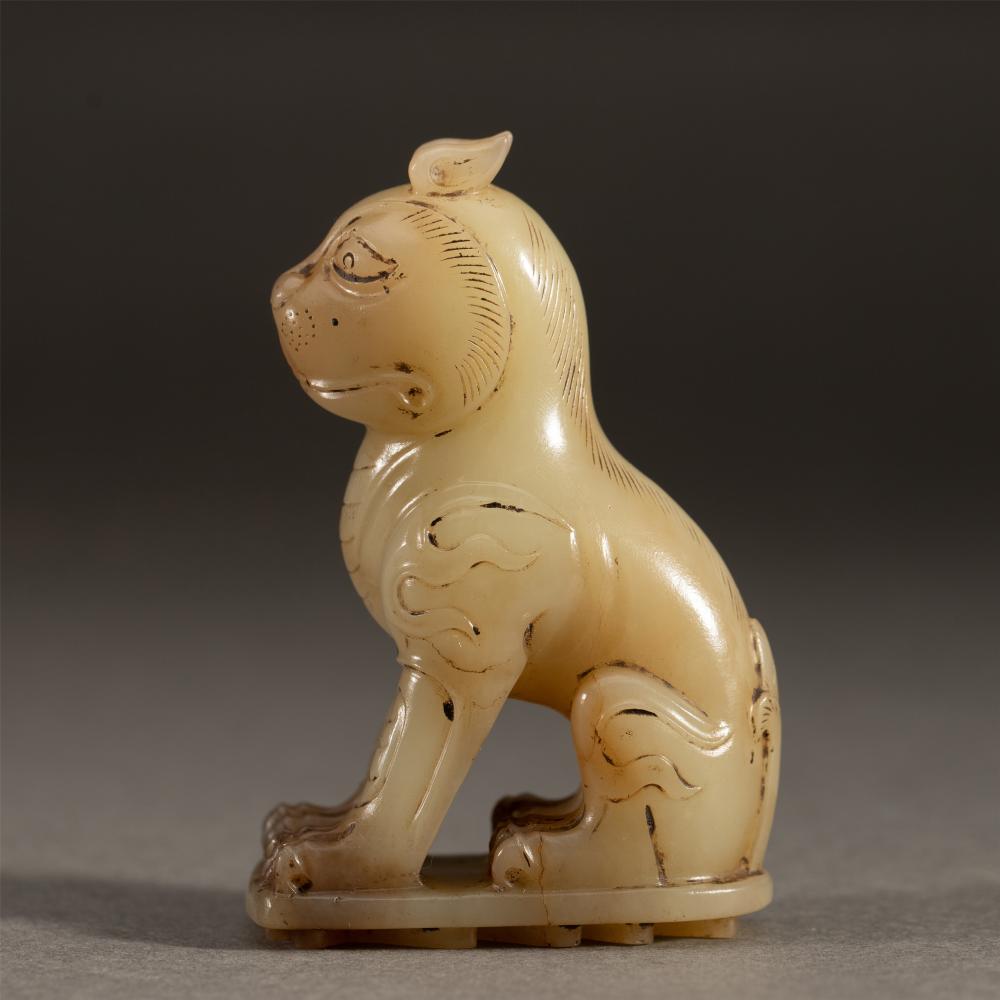 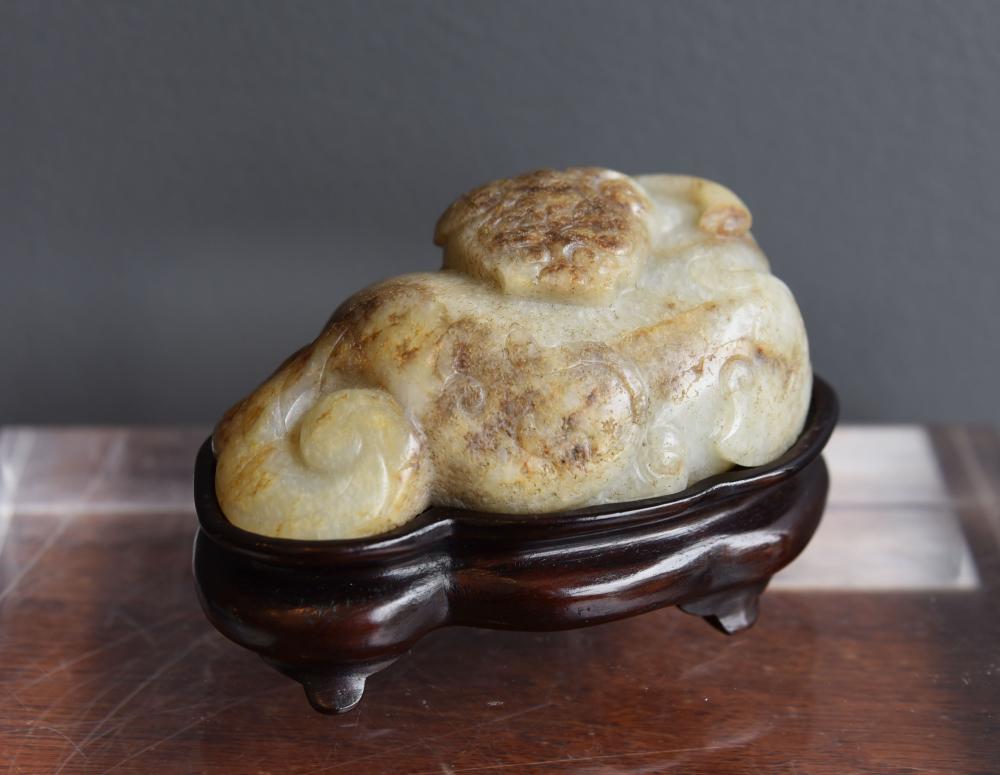 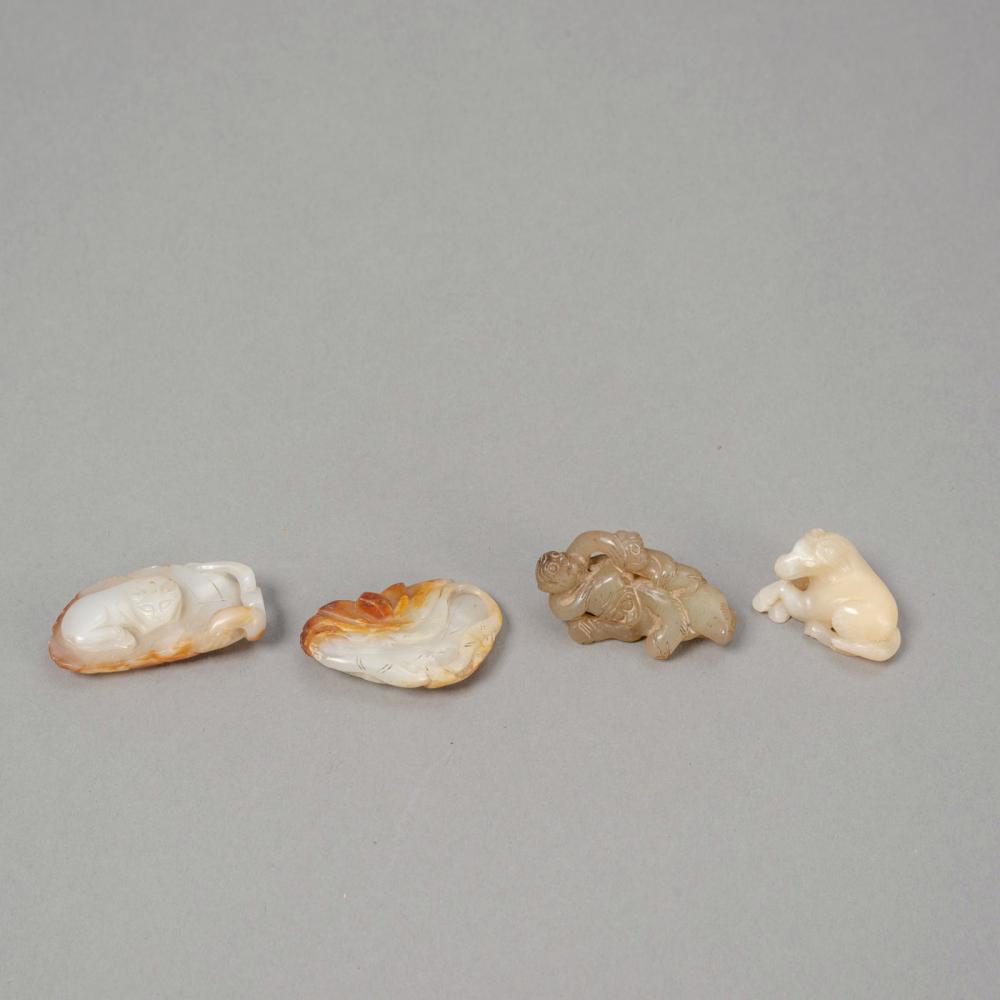 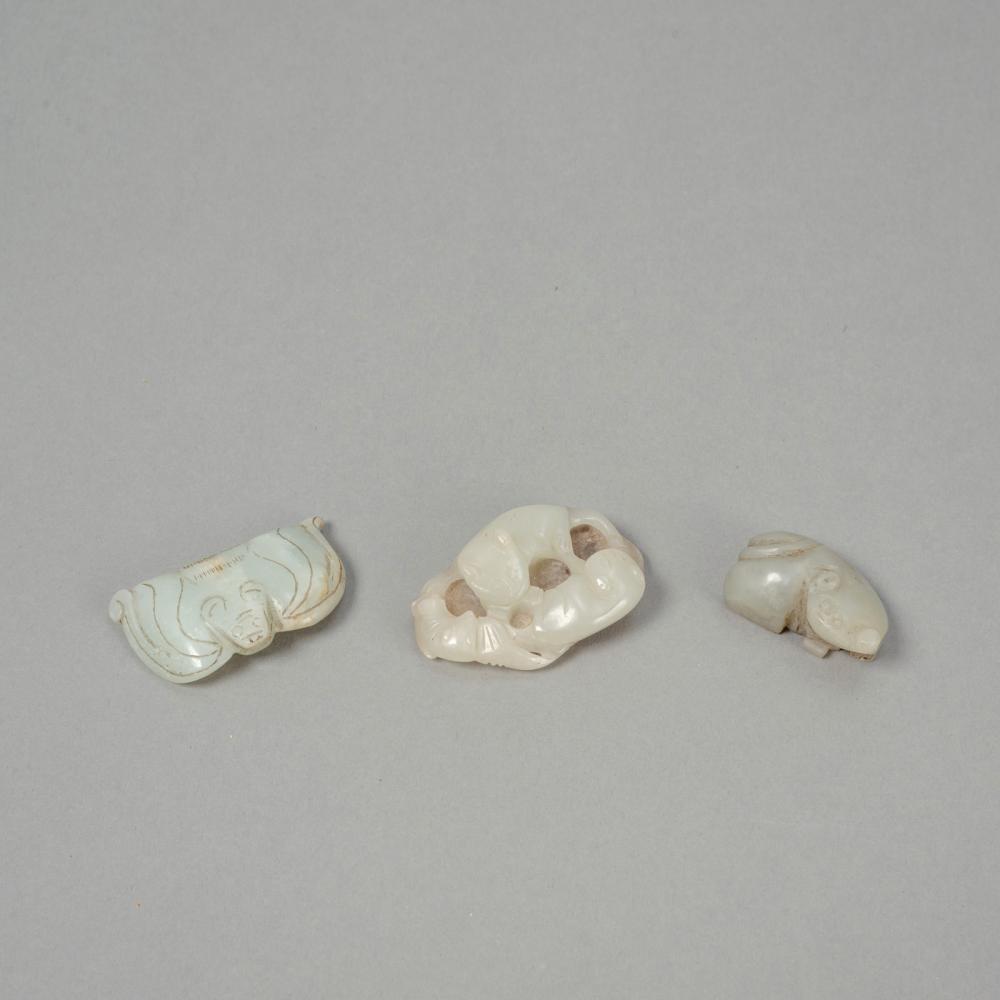 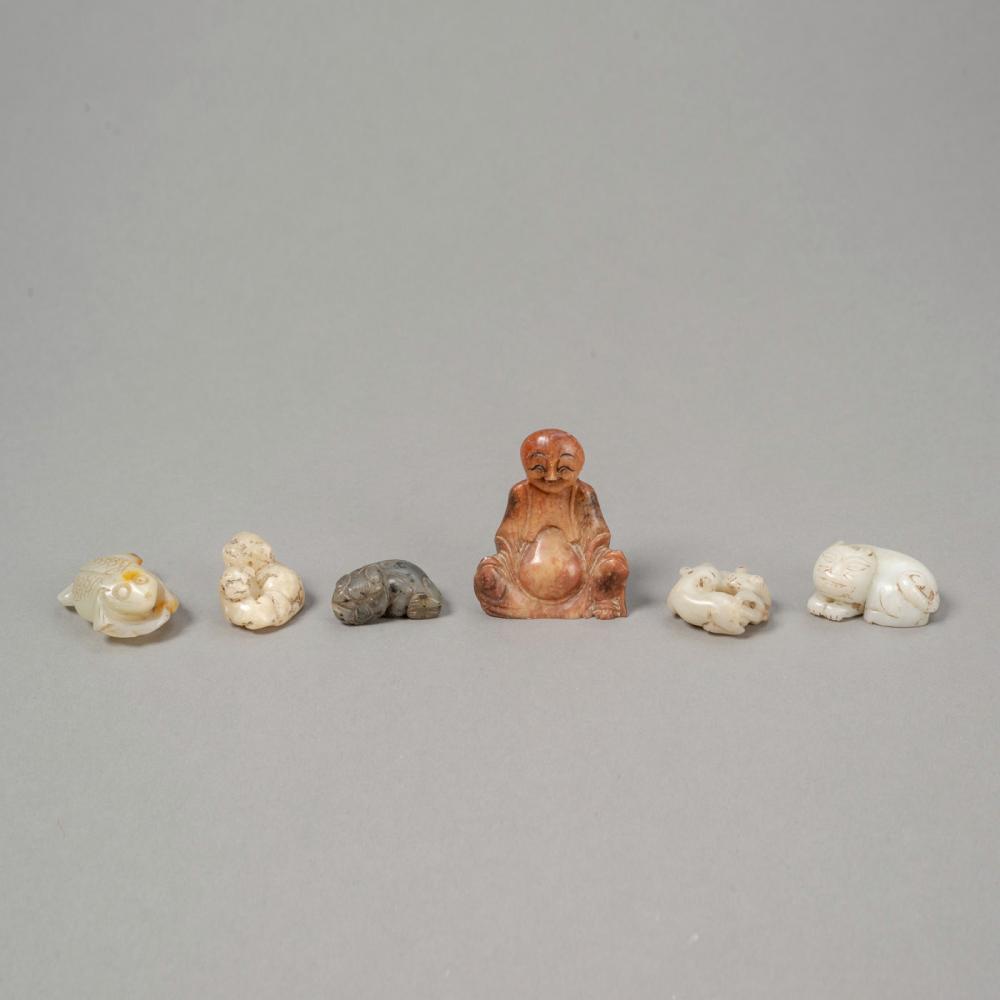 SIX SMALL JADE AND SOAPSTONE CARVINGS OF CATS, GOLDFISH AND A SEATED LUOHAN 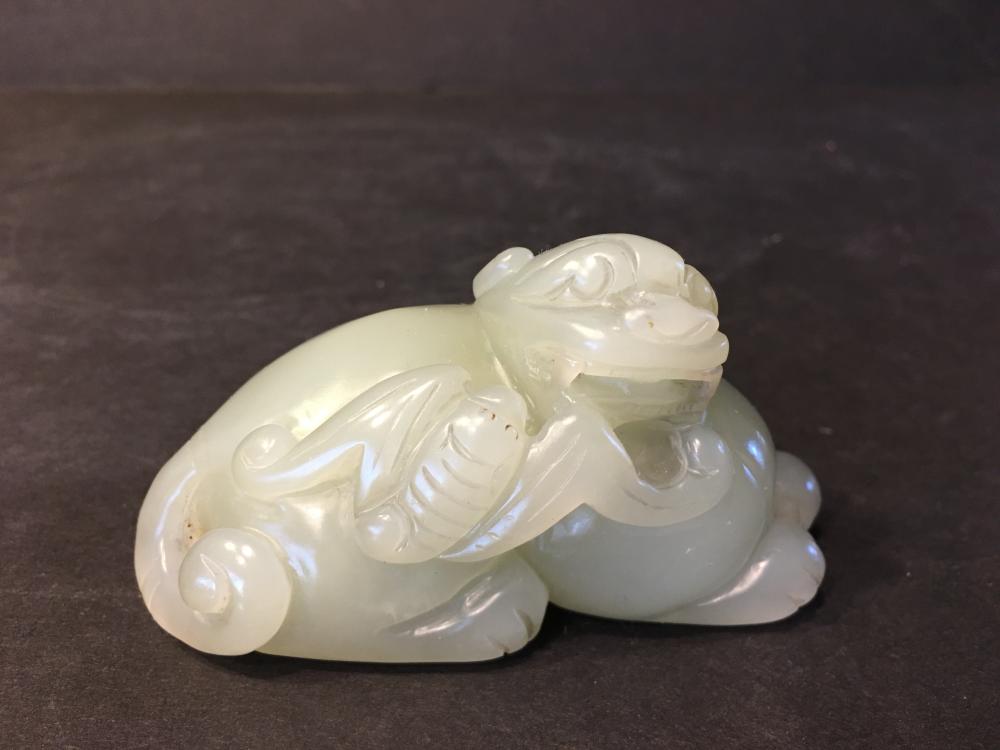 Old Chinese Jade Dog with Bat on the back, 3" long 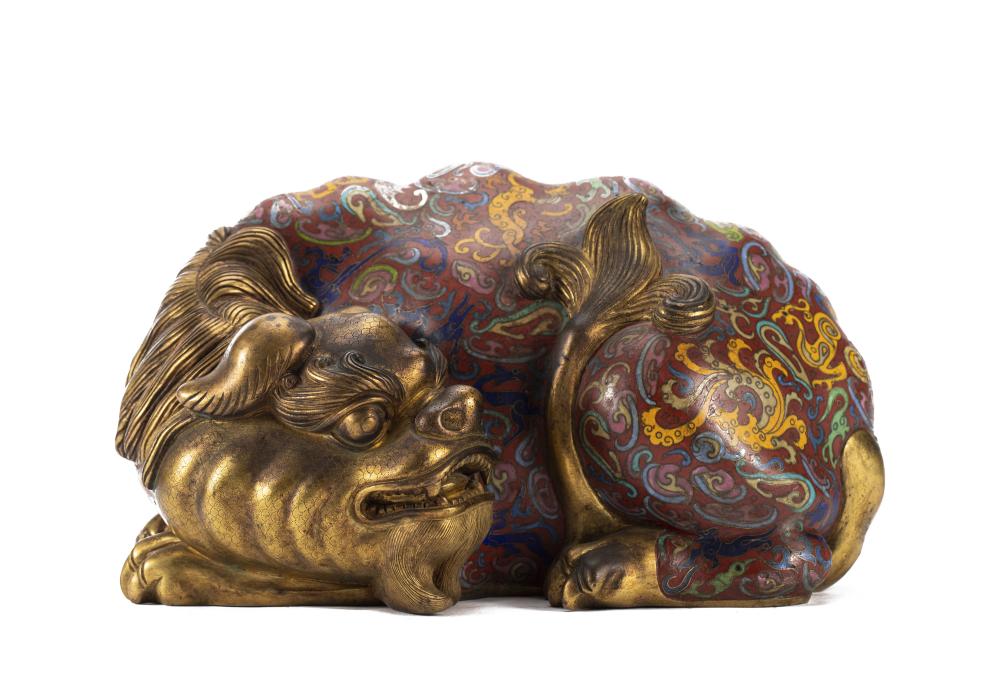 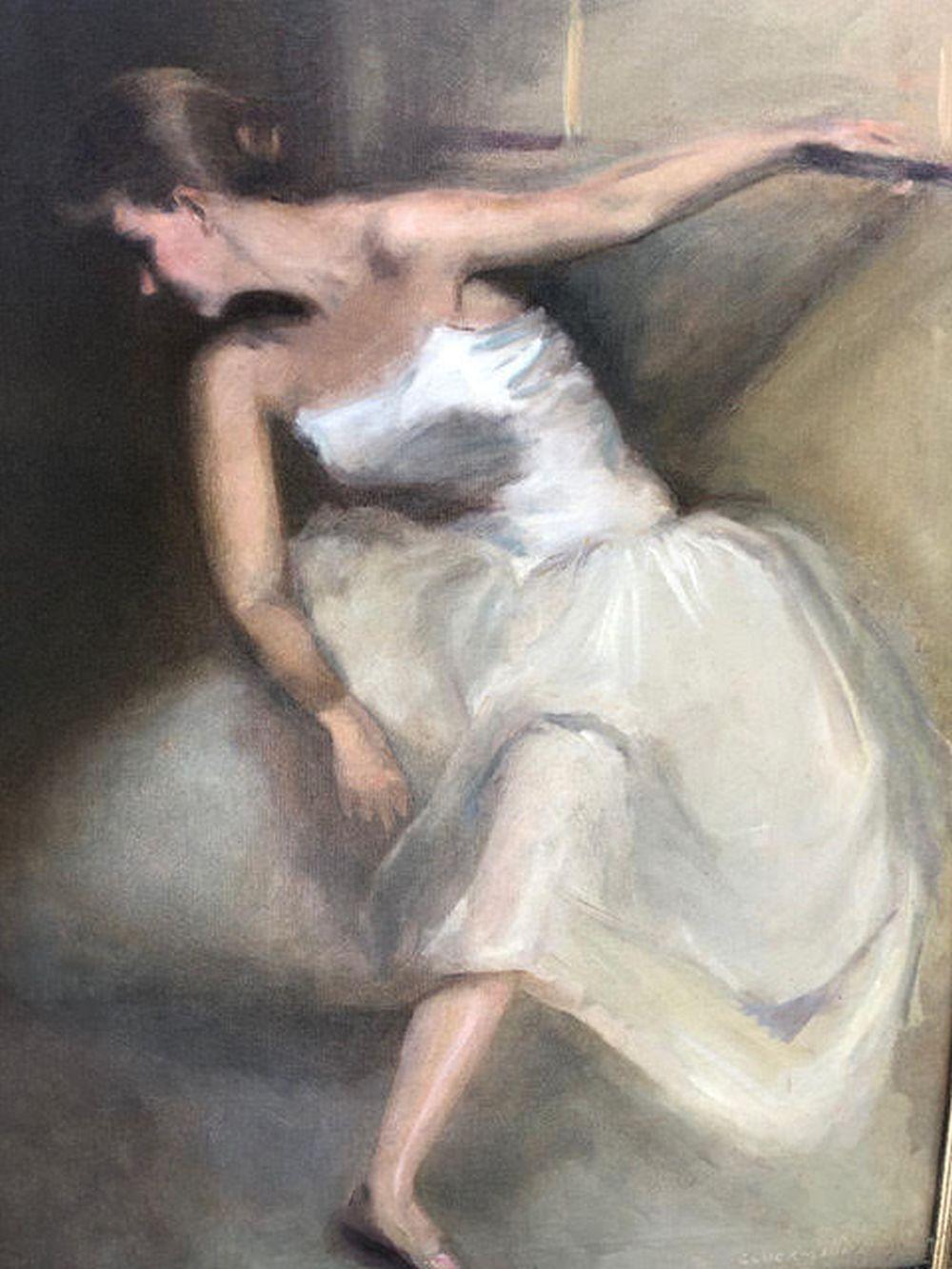 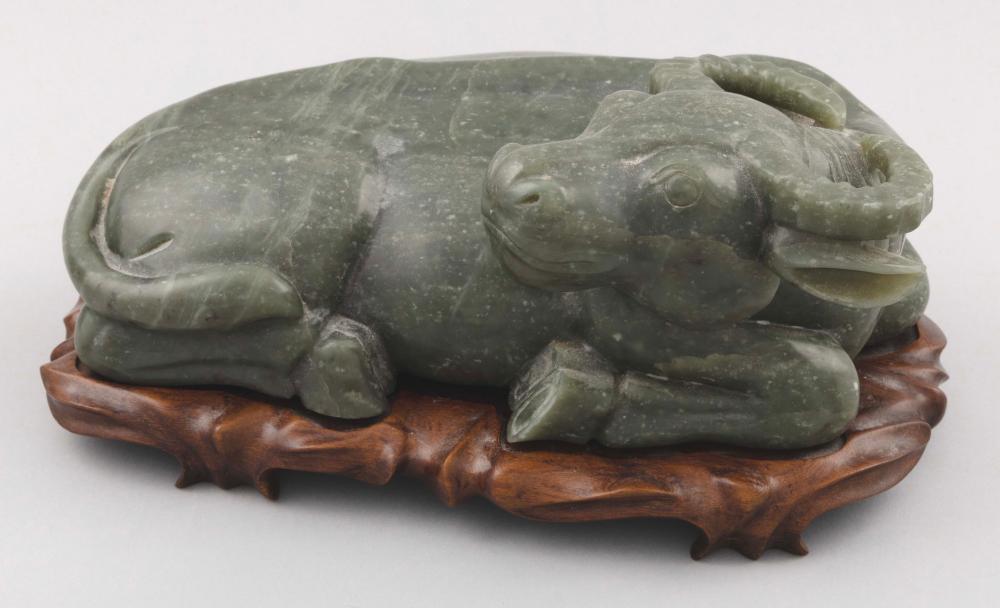 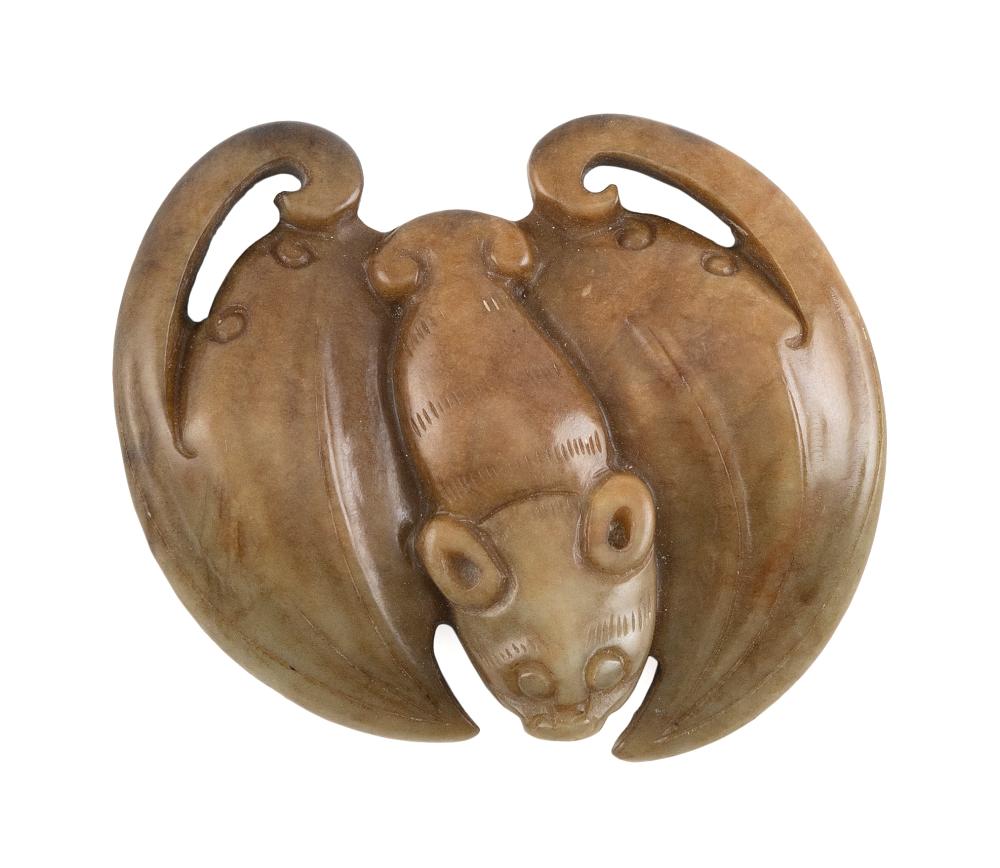 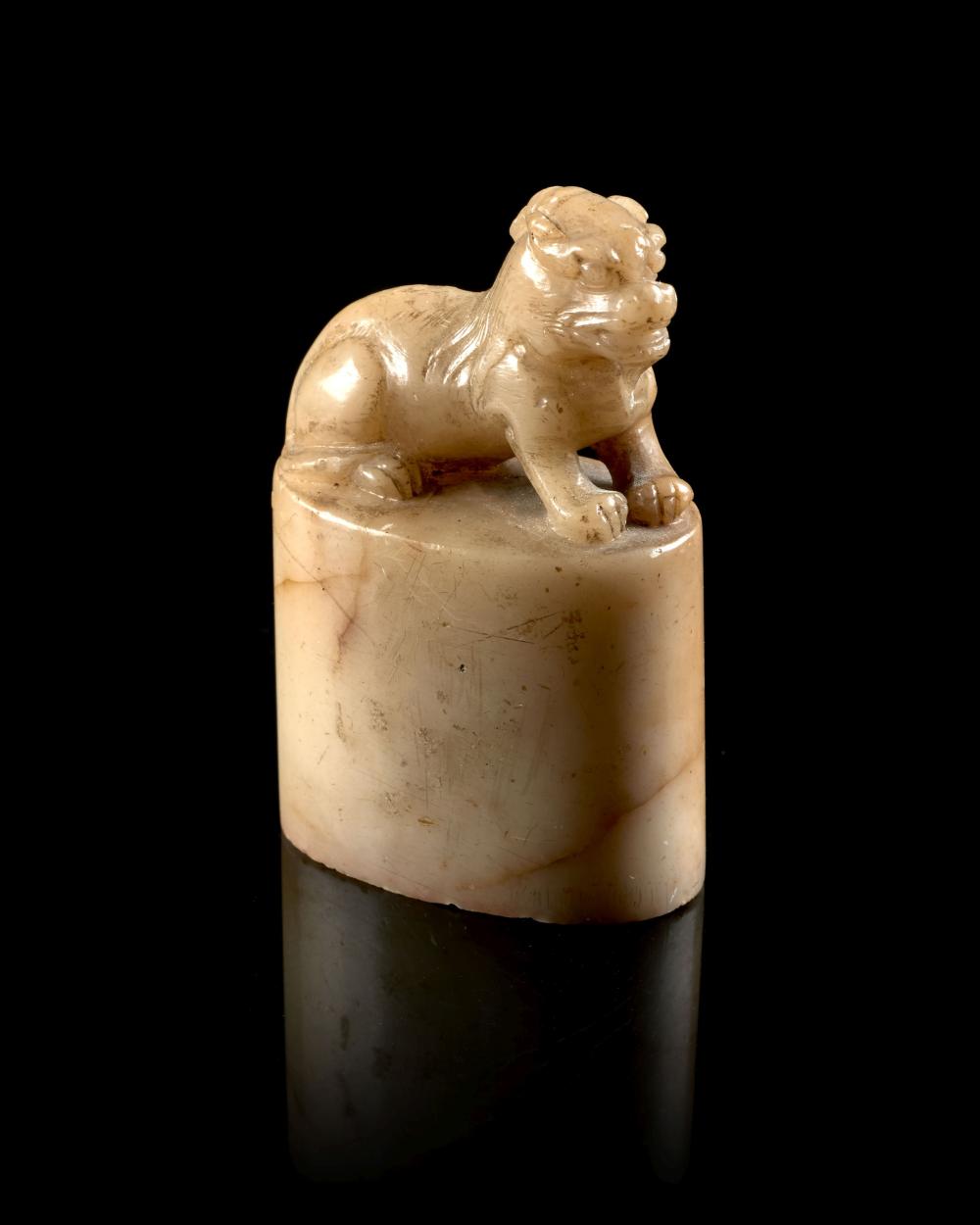 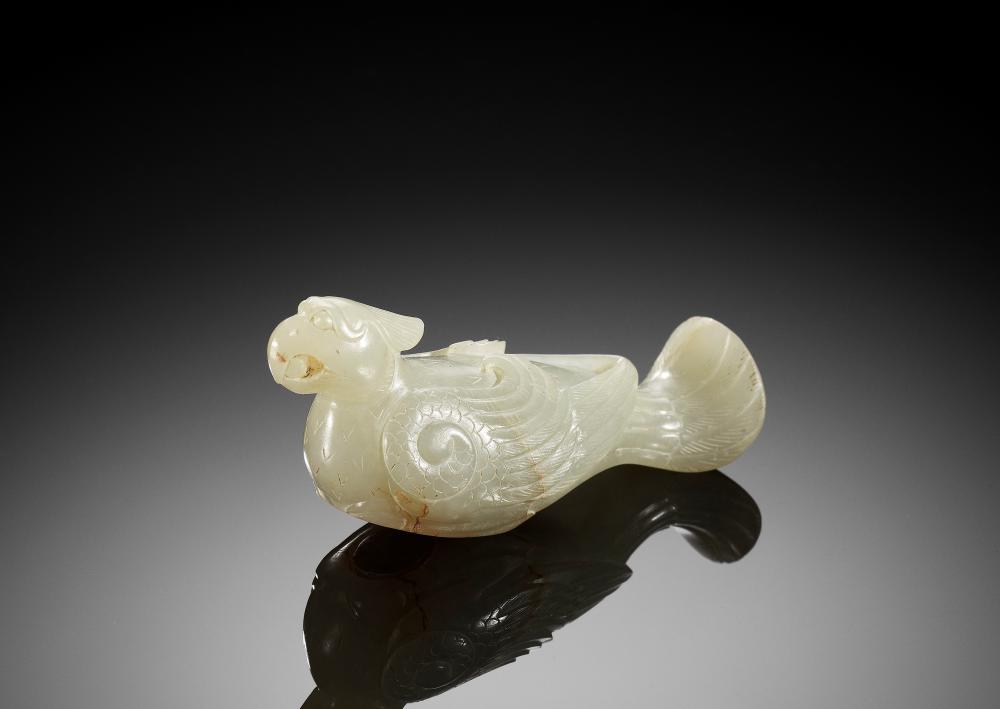 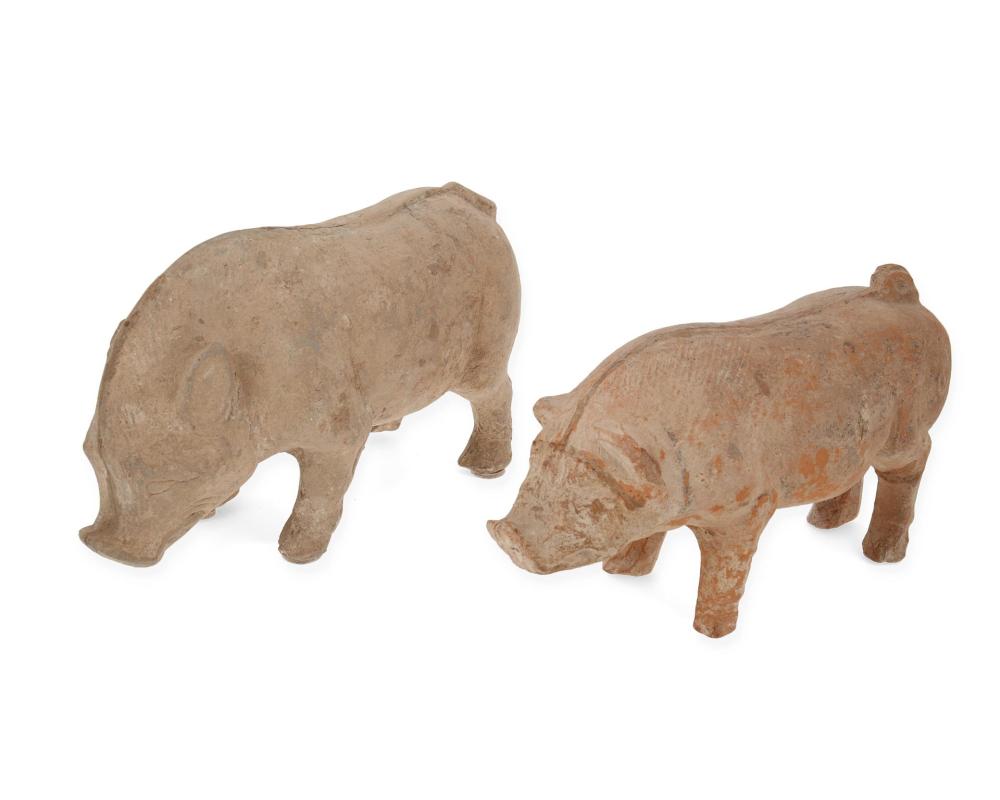 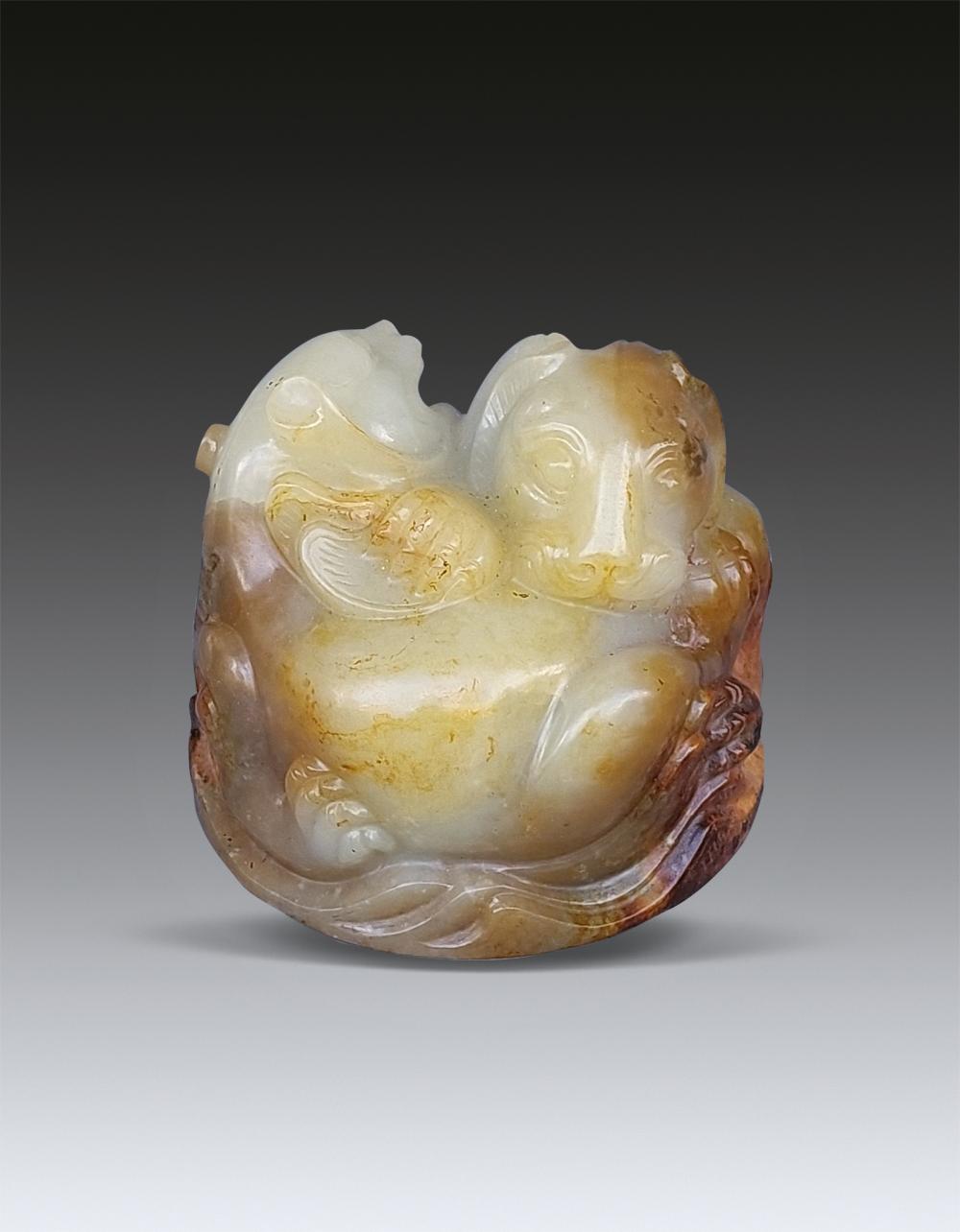