Contrary to its contemporary function, Chinese fans were not originally created to cool people in high heat. The earliest excavated fan has been dated back to the 2nd century B.C., and was most likely used by royalty when they needed to leave their palace and would obscure the view of the carriage. Since then, fans have become a significant symbol within Chinese culture.

Traditionally, Chinese hand fans were fixed, not folding, and often contained paintings or calligraphy. The original fan was a circular shape, which was said to have been modeled after the full moon and signifying unity. The first calligraphy on fans is believed to have appeared in the Jing Dynasty when calligrapher Wang Xizhi painted five characters on each fan a woman selling them. To her surprise, the fans were quickly sold and for a much higher price than she had anticipated.

Aristocrats often used Chinese fans to display wealth and sophistication, but fans have evolved to suit different uses. They were given as gifts, taken as props for theatrical performances, and even adapted for use in martial arts. Nowadays, fans are still used in traditional dance performances and are common everyday objects and souvenirs. They are typically decorated with pieces of literature and scenes that evoke serenity, romance, peace, prosperity, and happiness. 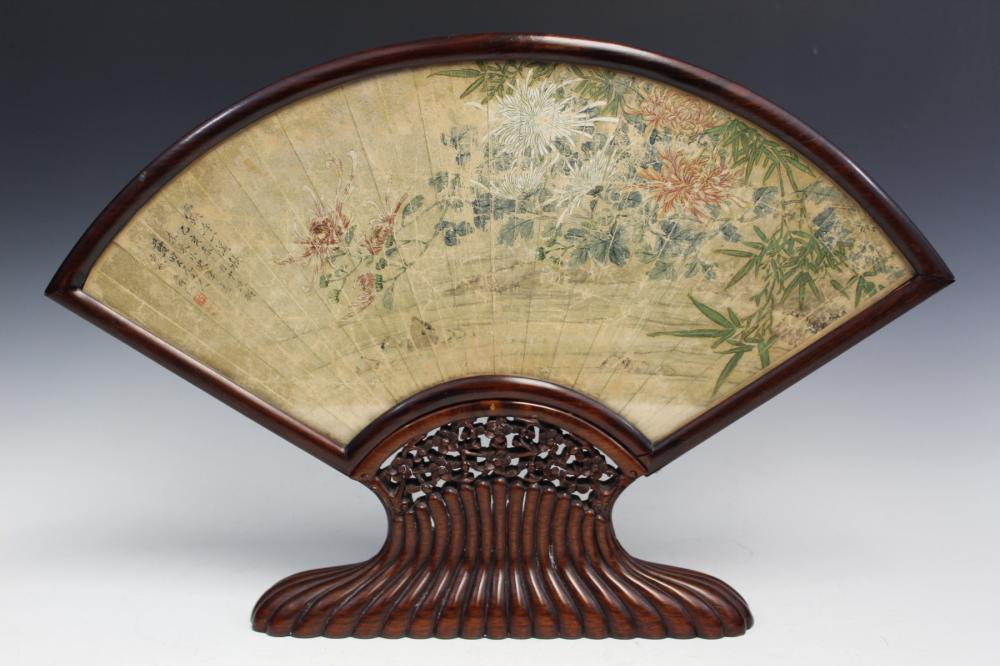 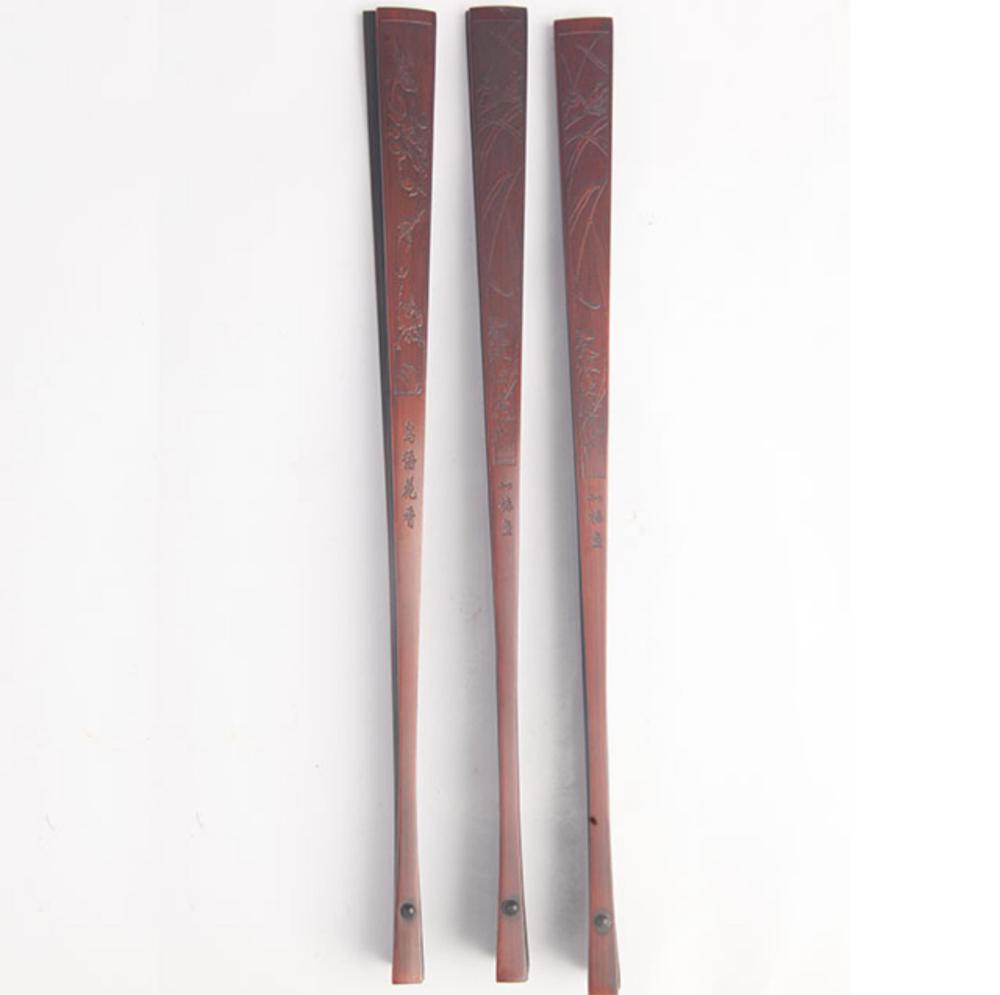 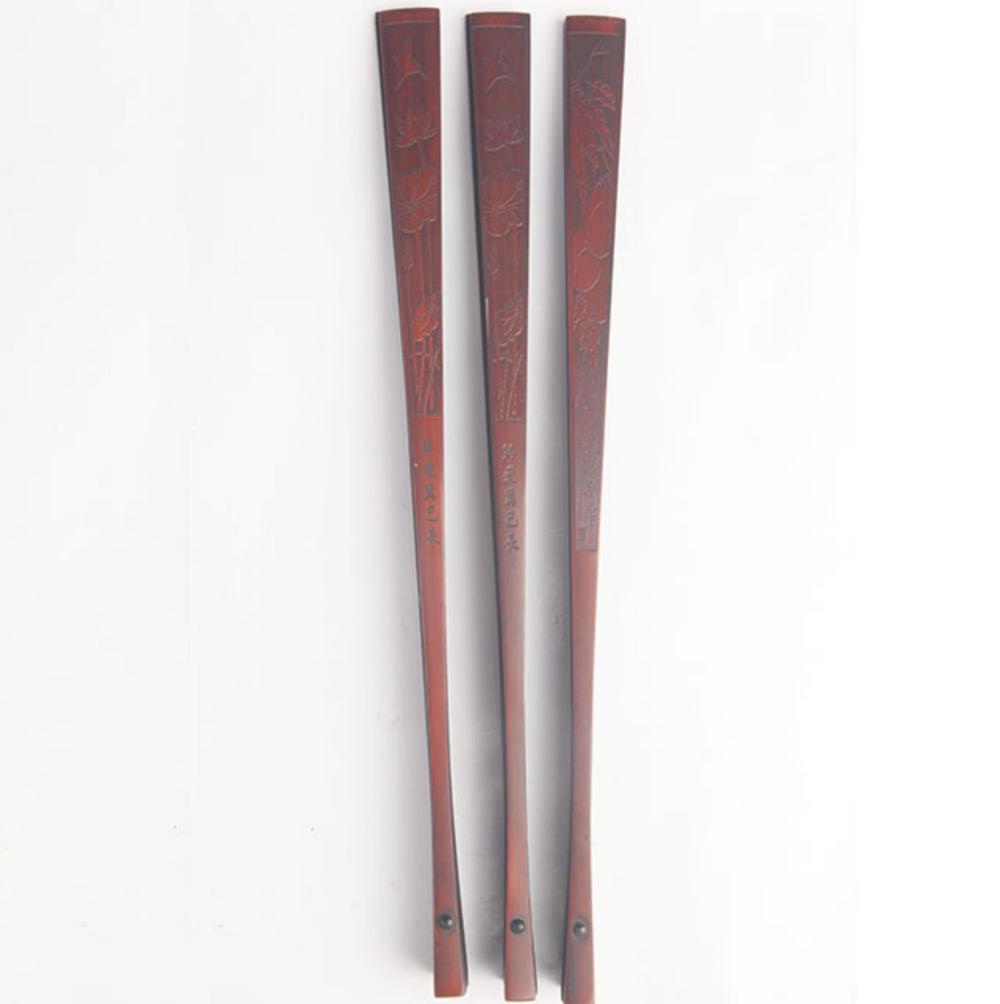 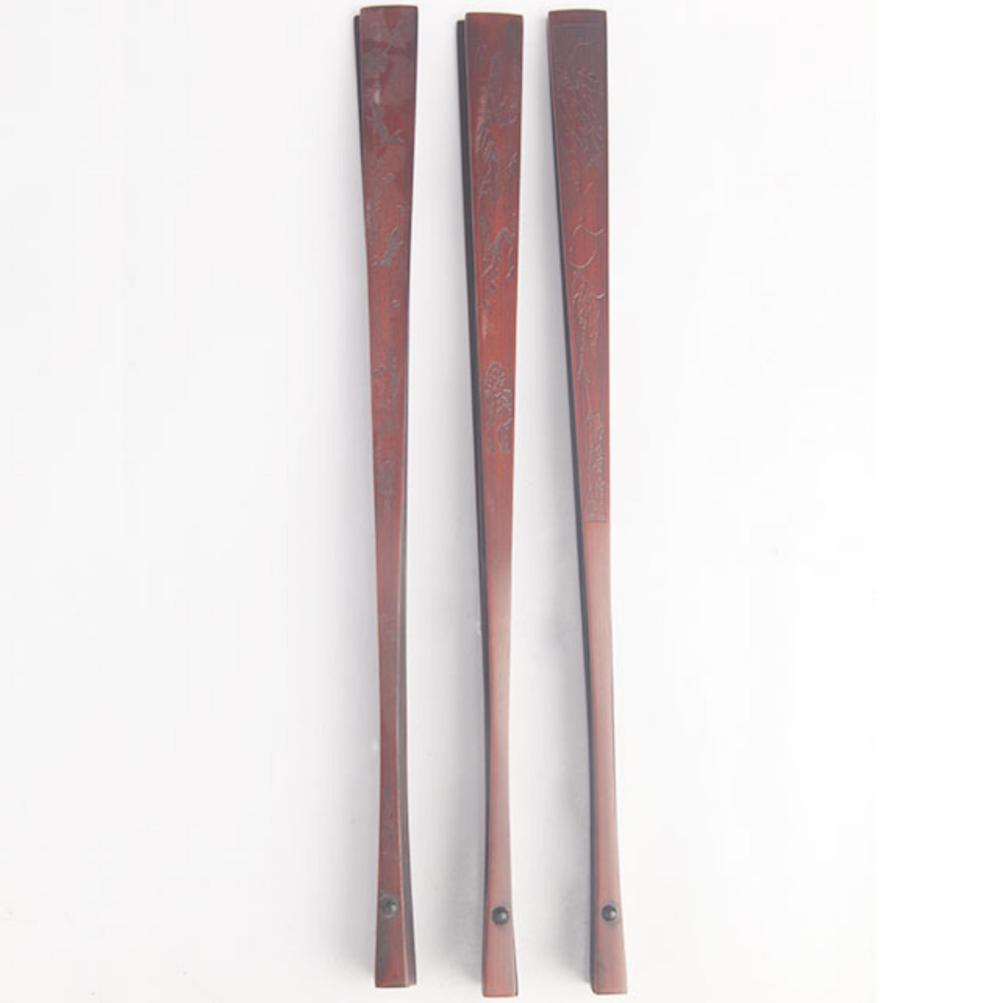 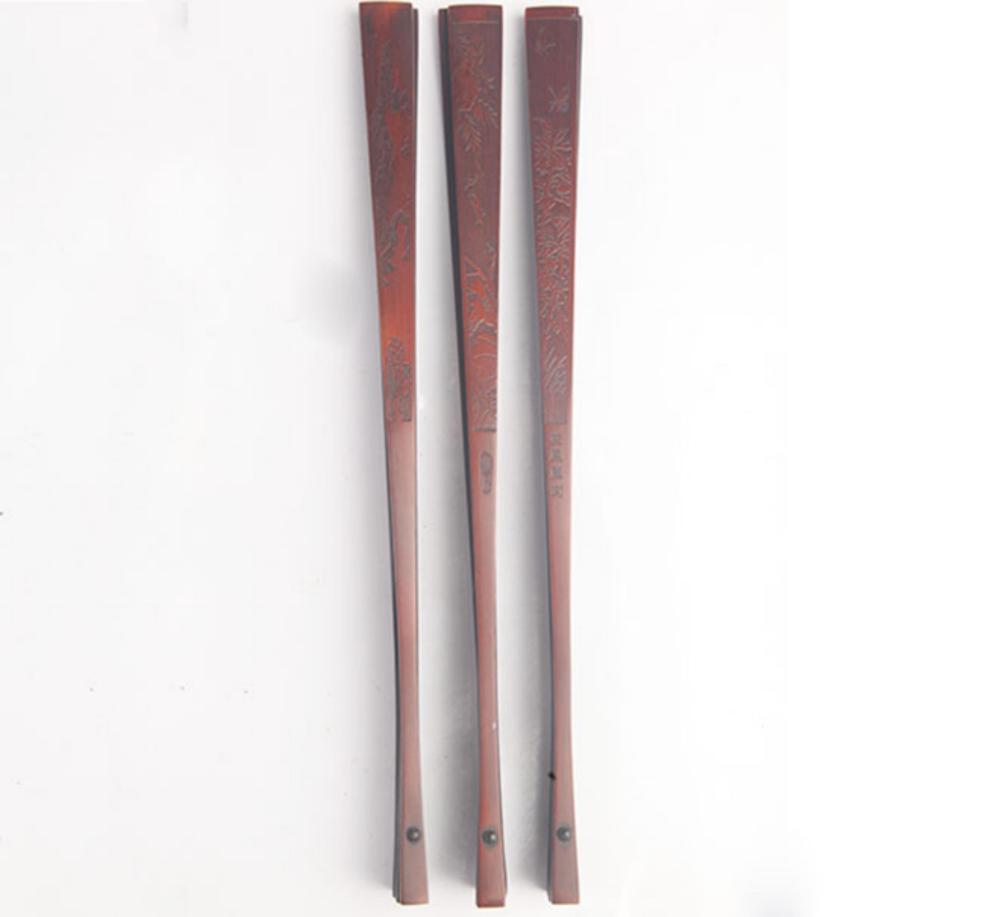 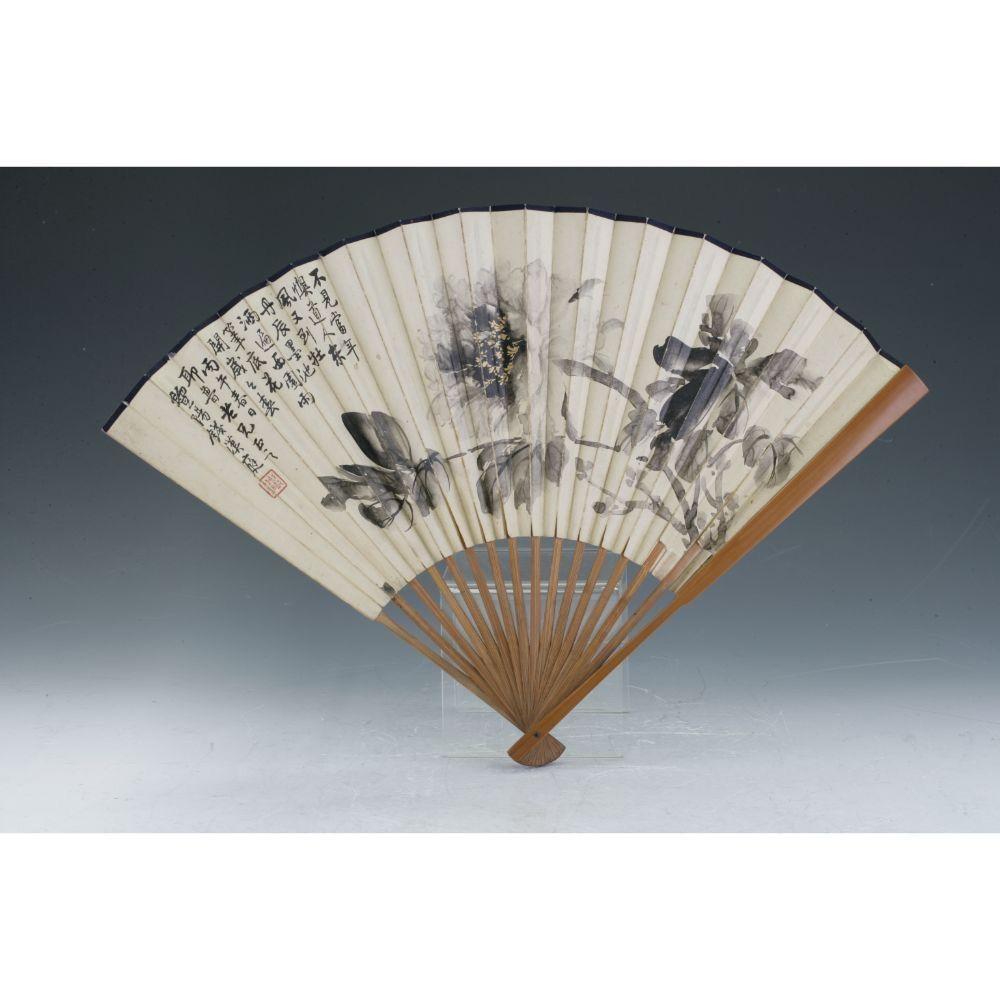 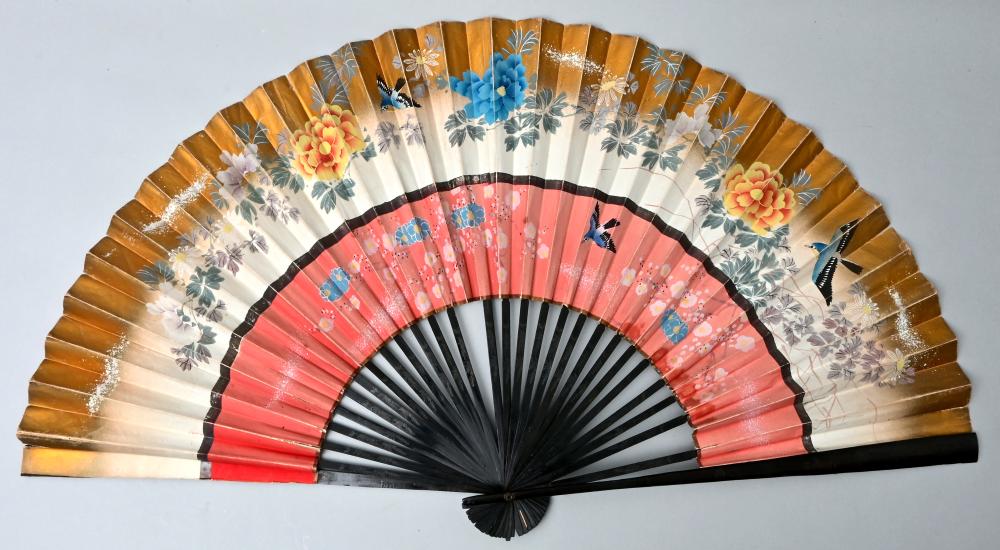 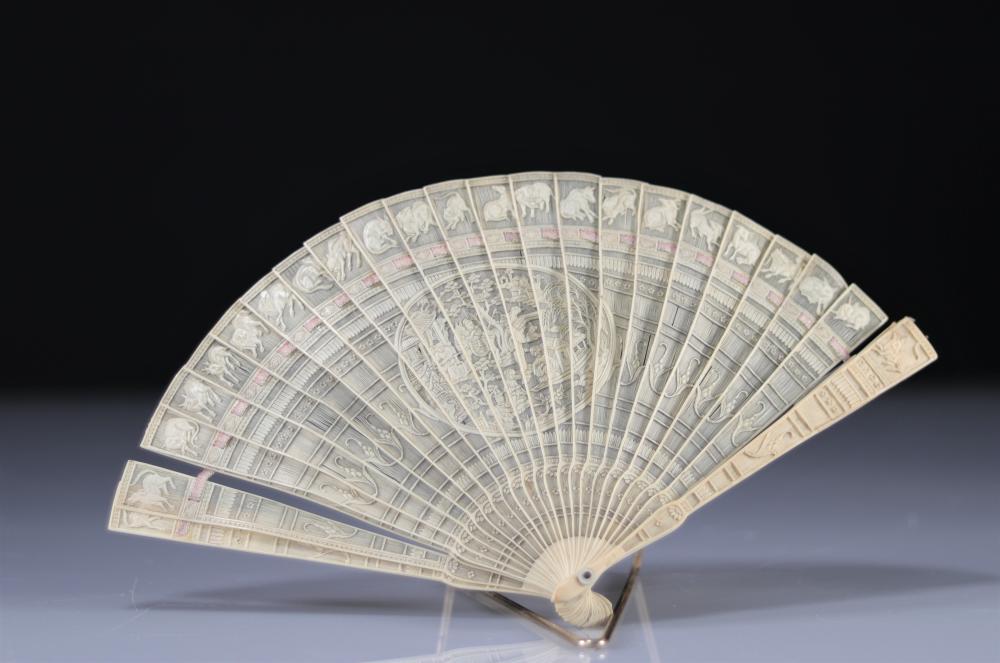 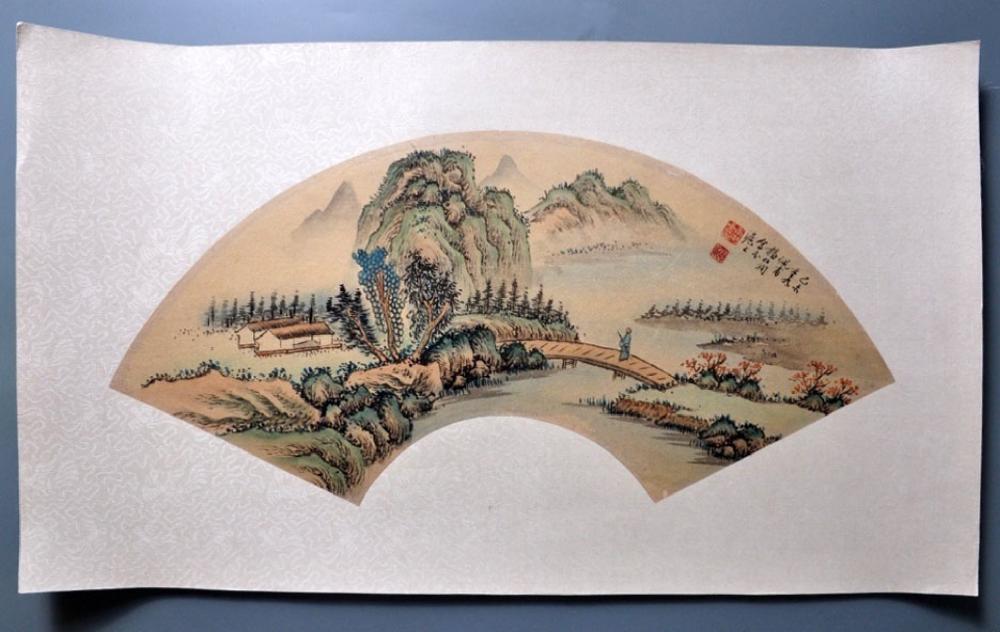 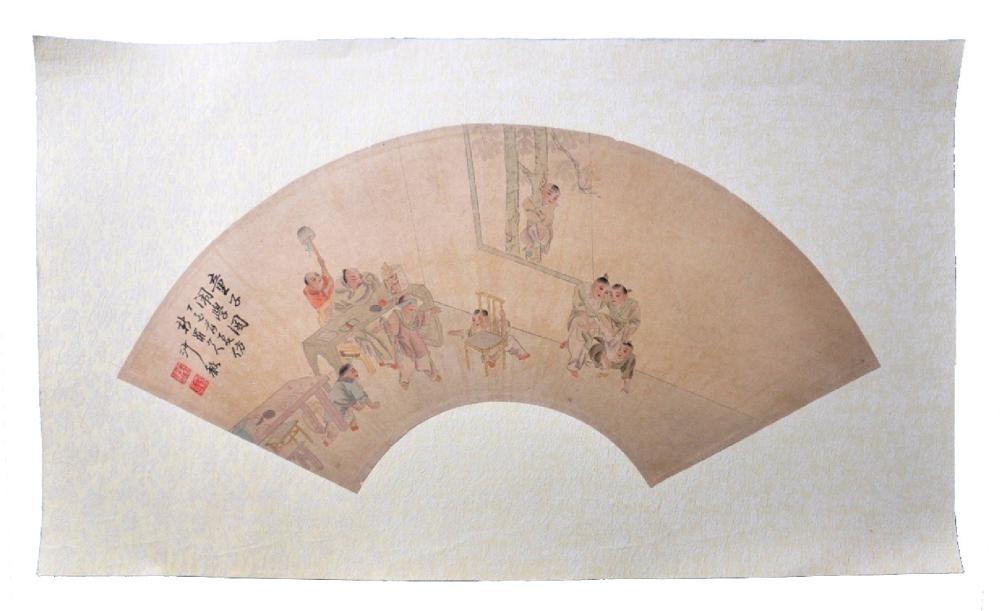 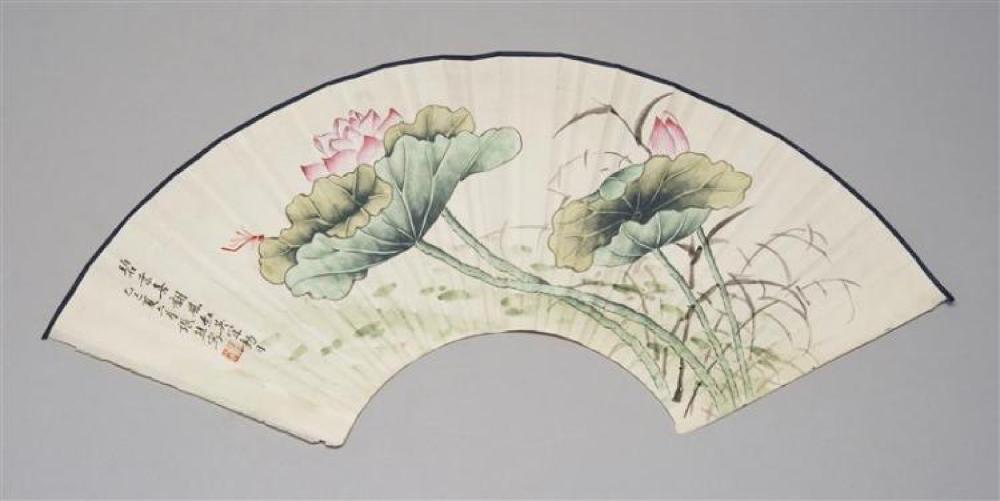 A CHINESE PAINTED ON PAPER FAN.H078. 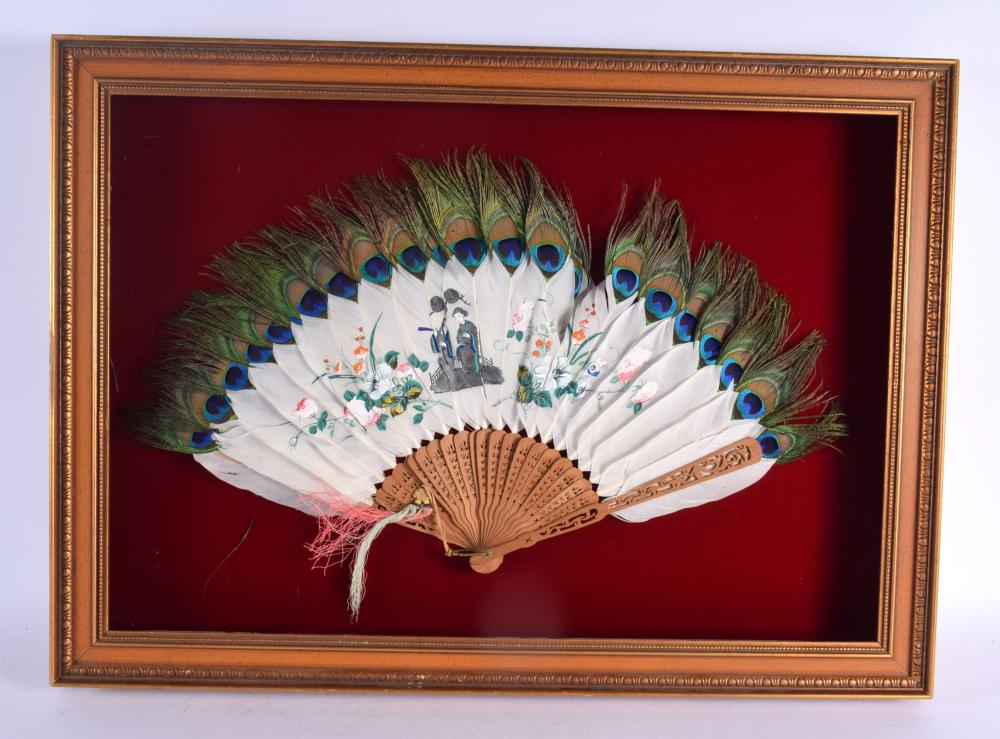 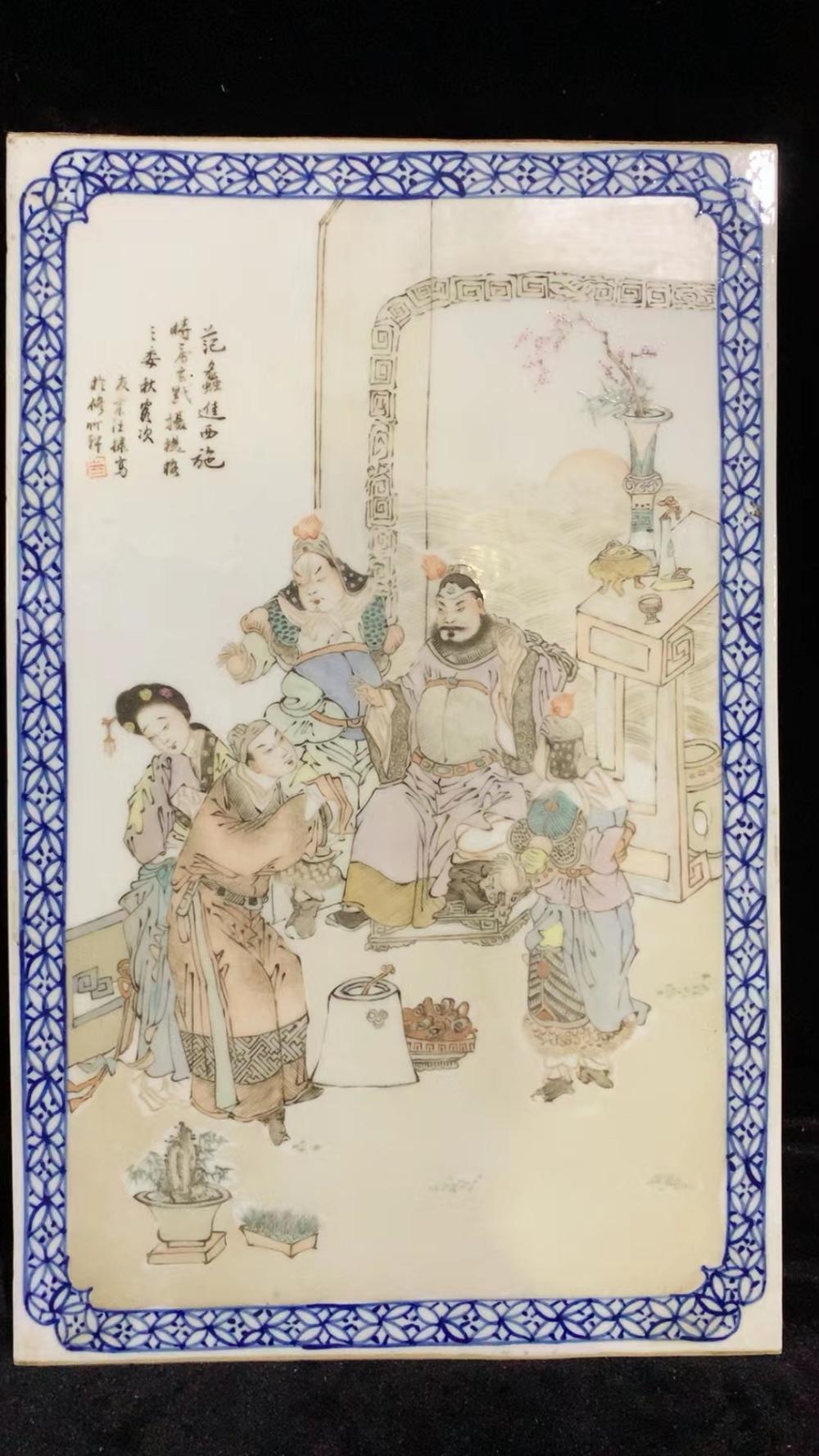 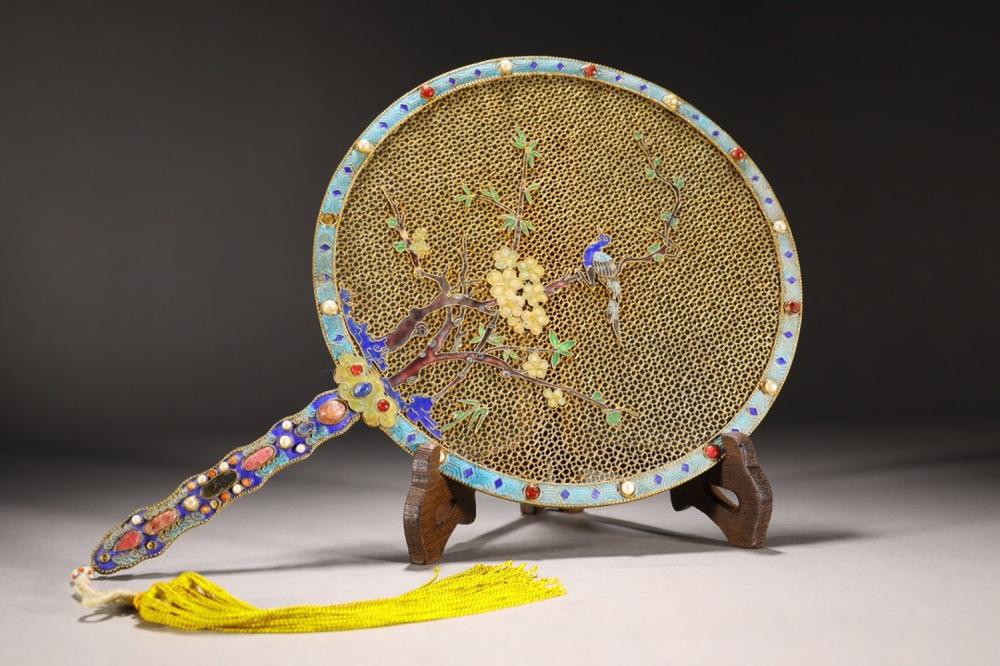 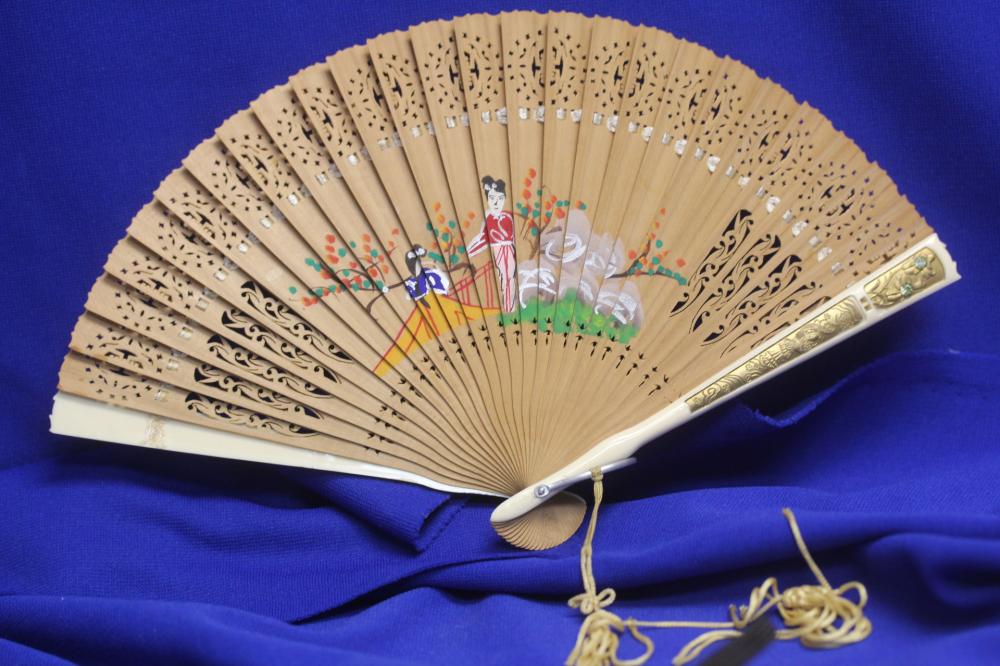 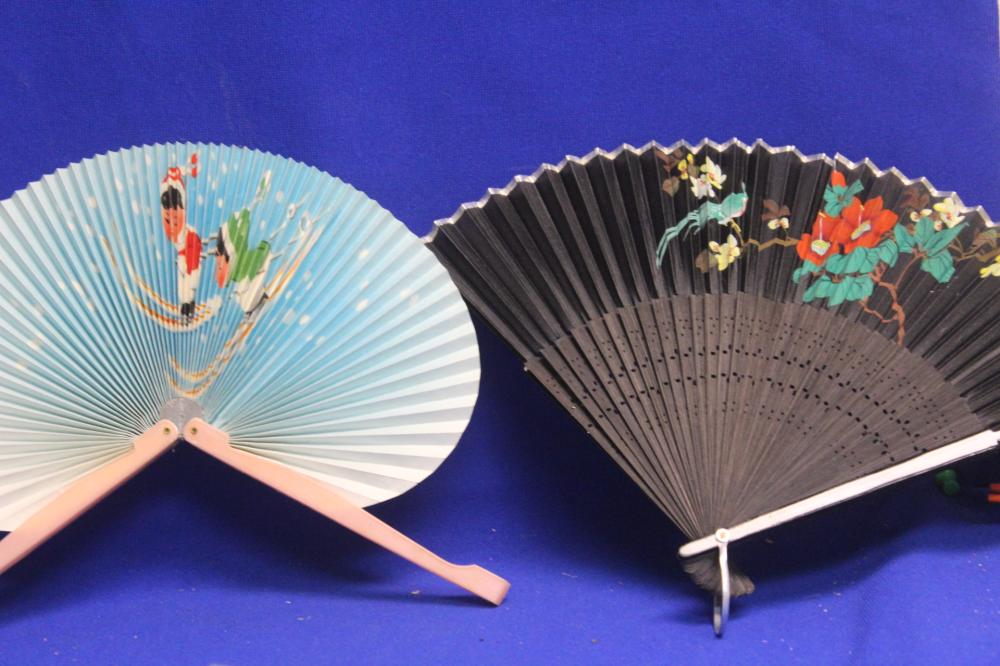 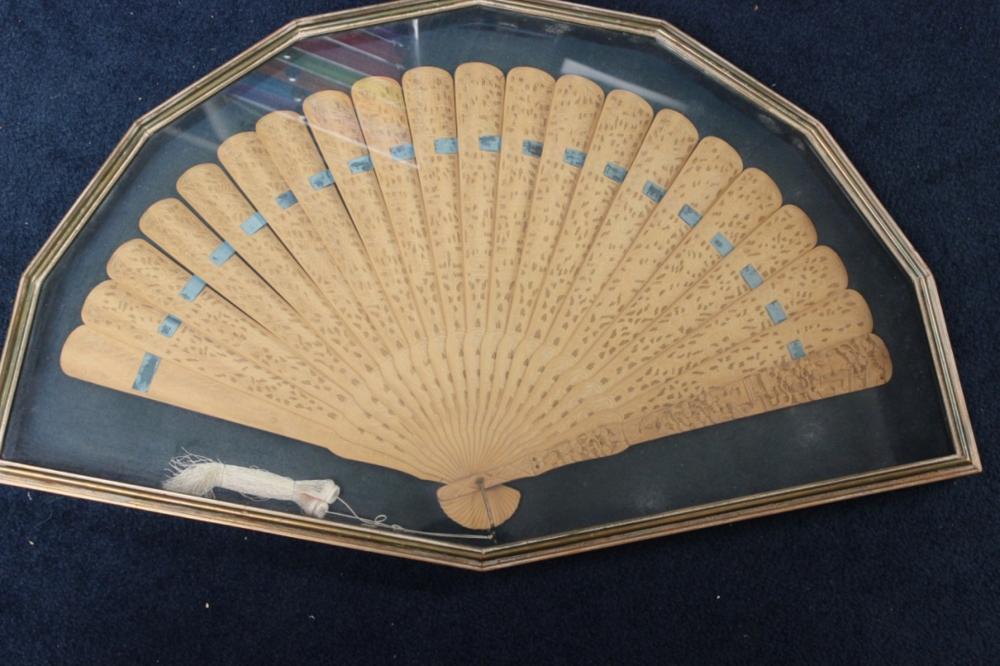 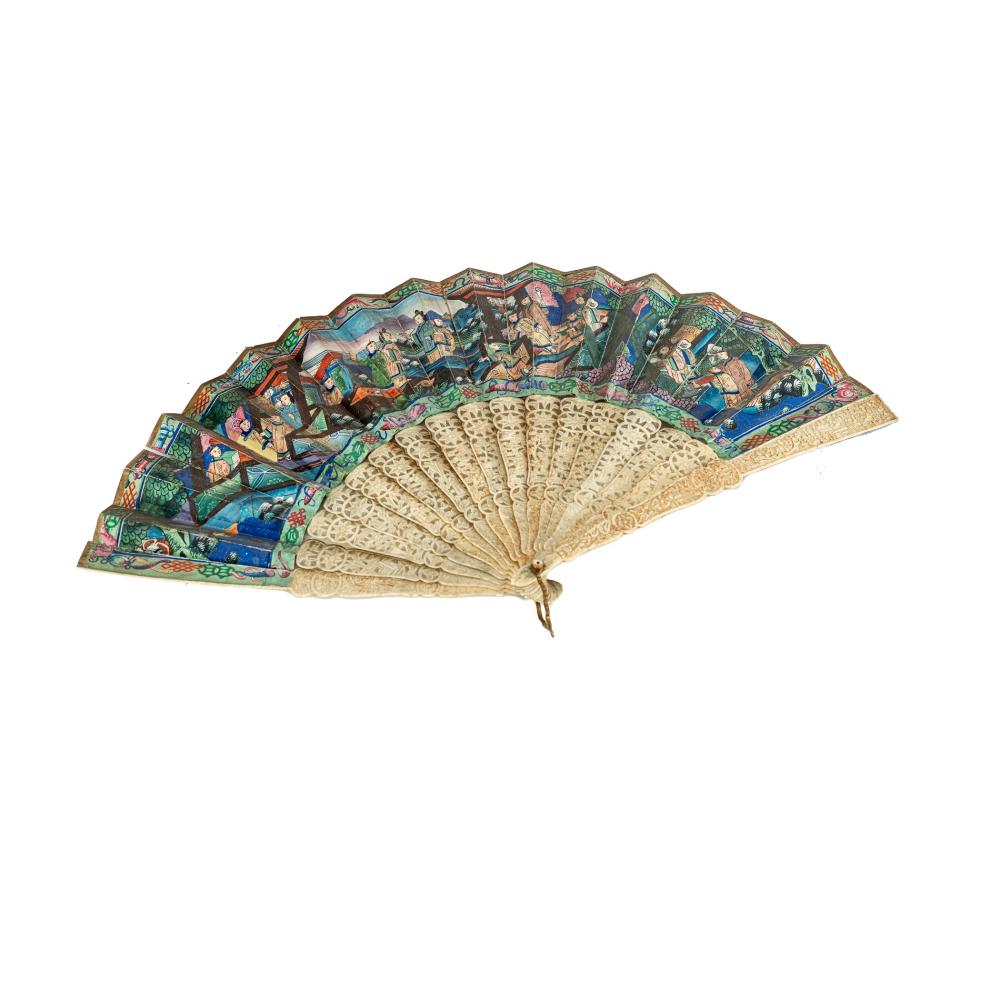 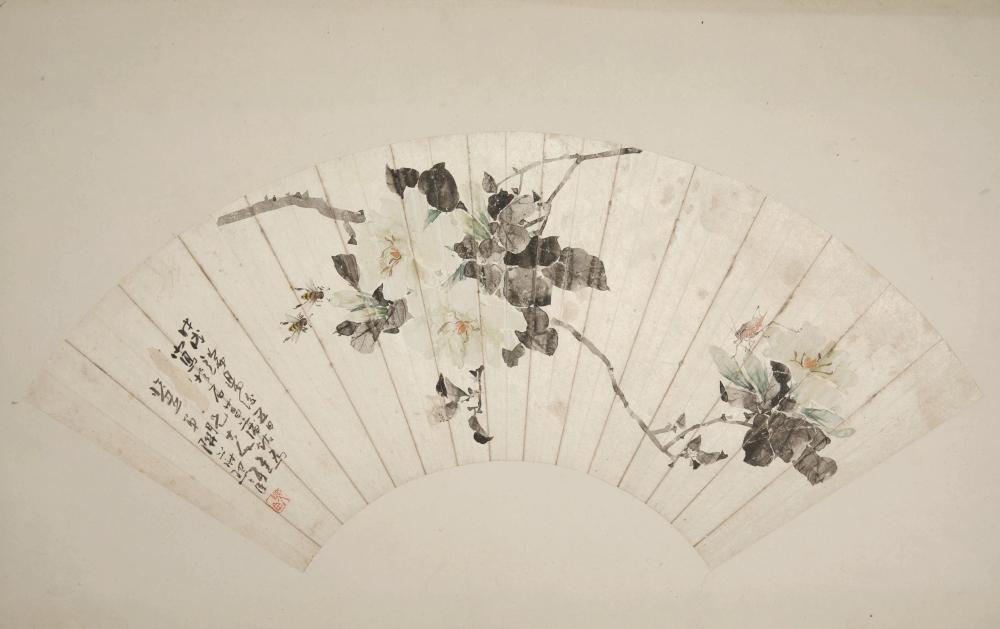 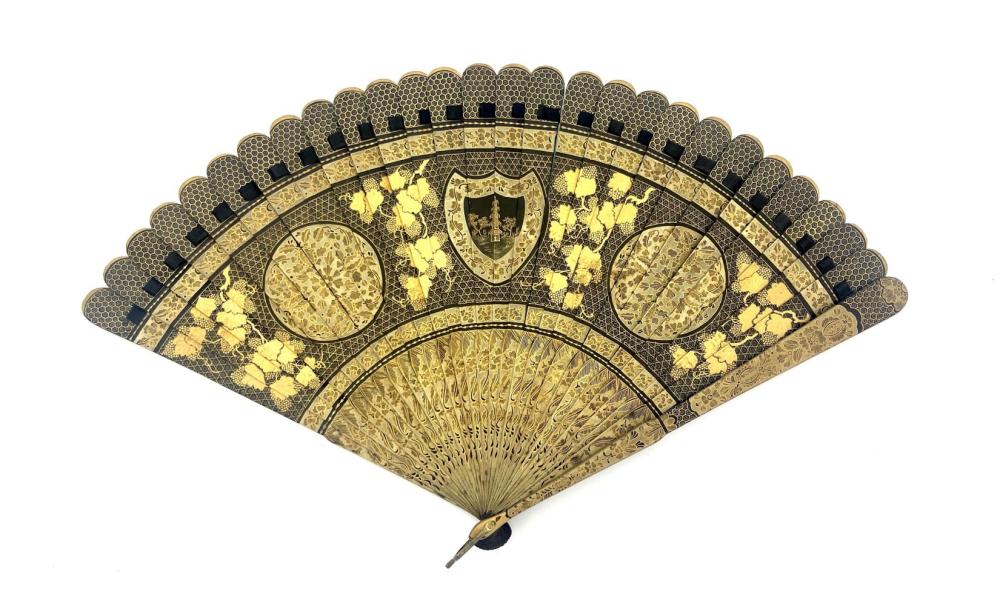 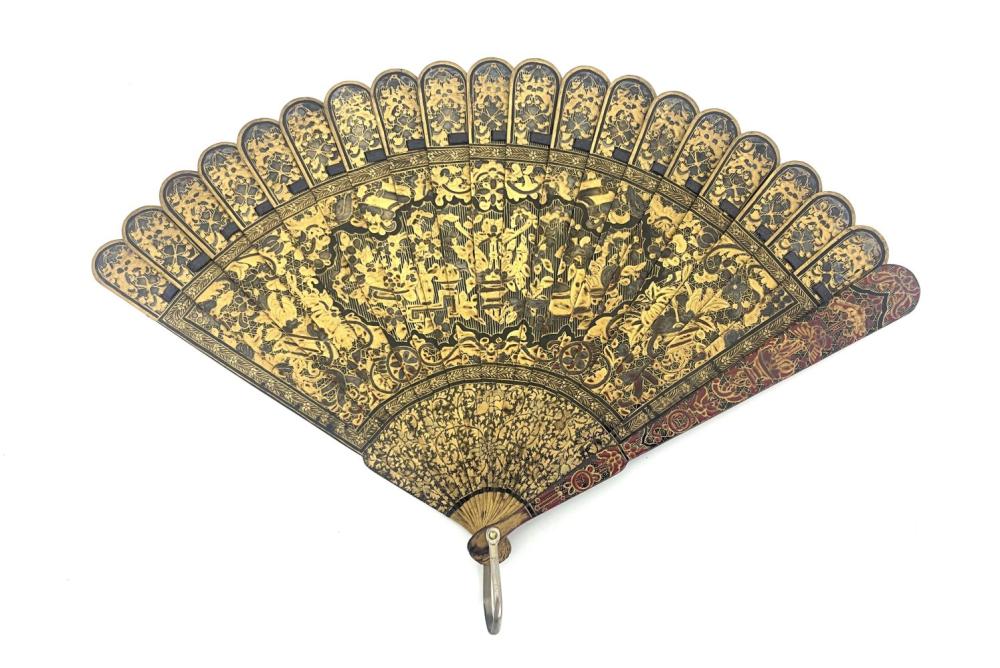 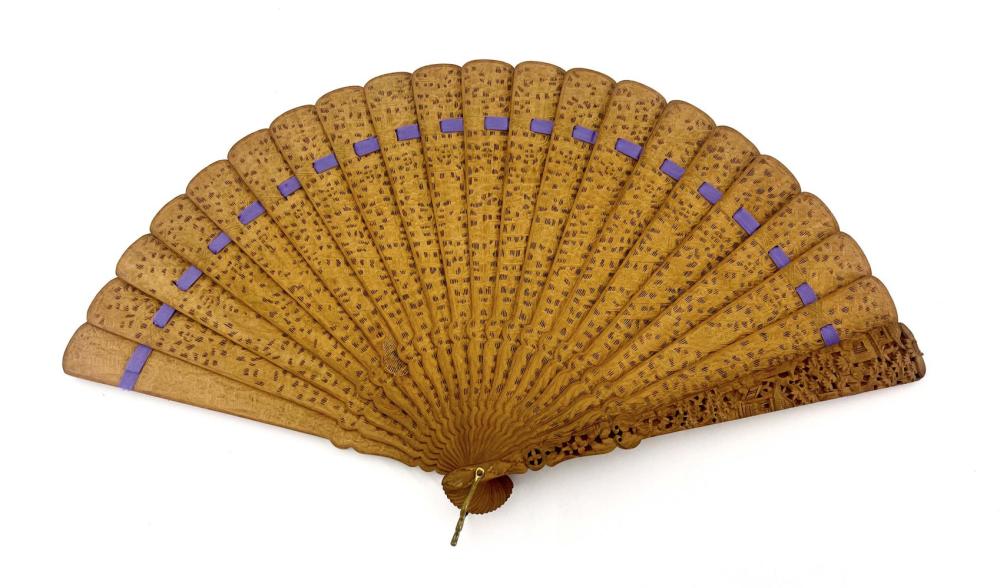 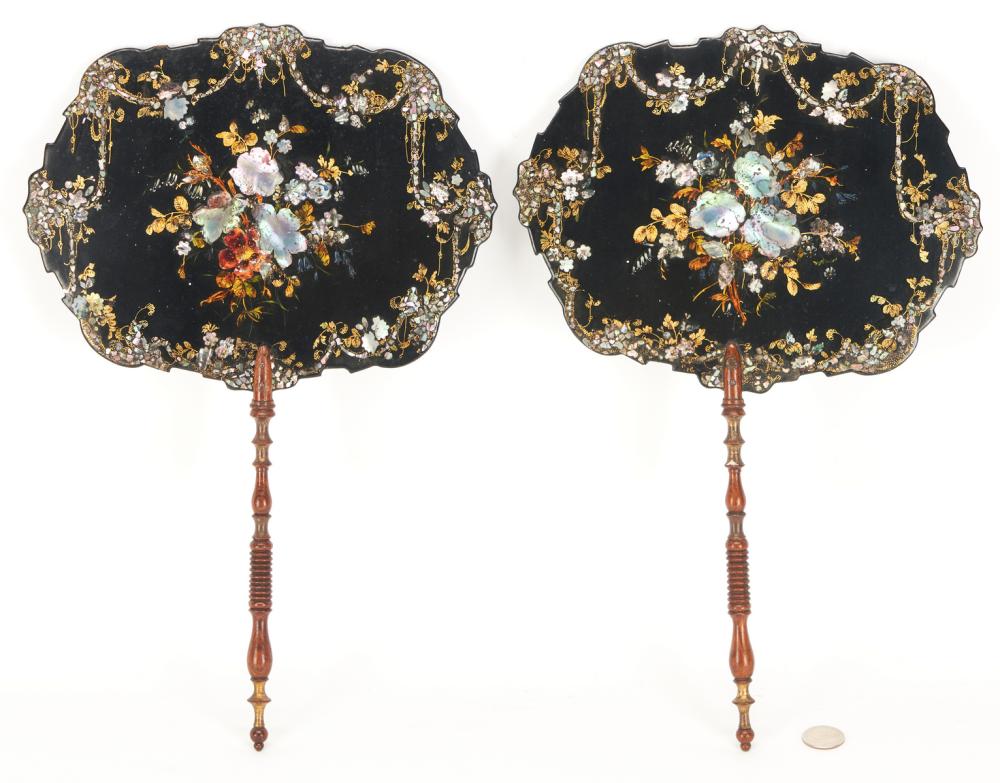