Because of its prevalence in the Earth’s crust, copper was the first metal to be harvested and utilized by ancient civilizations. Copper is a soft yet dense metal, often red in appearance, with a high resistance to corrosion.

Copper's sheen and reflective surface was admired by the ancient Greeks, who associated copper with Aphrodite and used the metal to produce mirrors, jewelry, vases, and other precious objects. In North America, Native Americans mined copper to produce spear points, knives, and other implements crucial to everyday life. Copper metalware was especially common in the United States and Europe during the Georgian and Victorian periods, when people used copper not only to cook food, but also to decorate their homes.

The variety of antique and contemporary copper pieces available at auction reveals the versatility of the metal, as well as its aesthetically pleasing qualities. Teapots, dishes, cookware, fire screens, and lanterns are just a few of the options available to collectors of copper metalware. 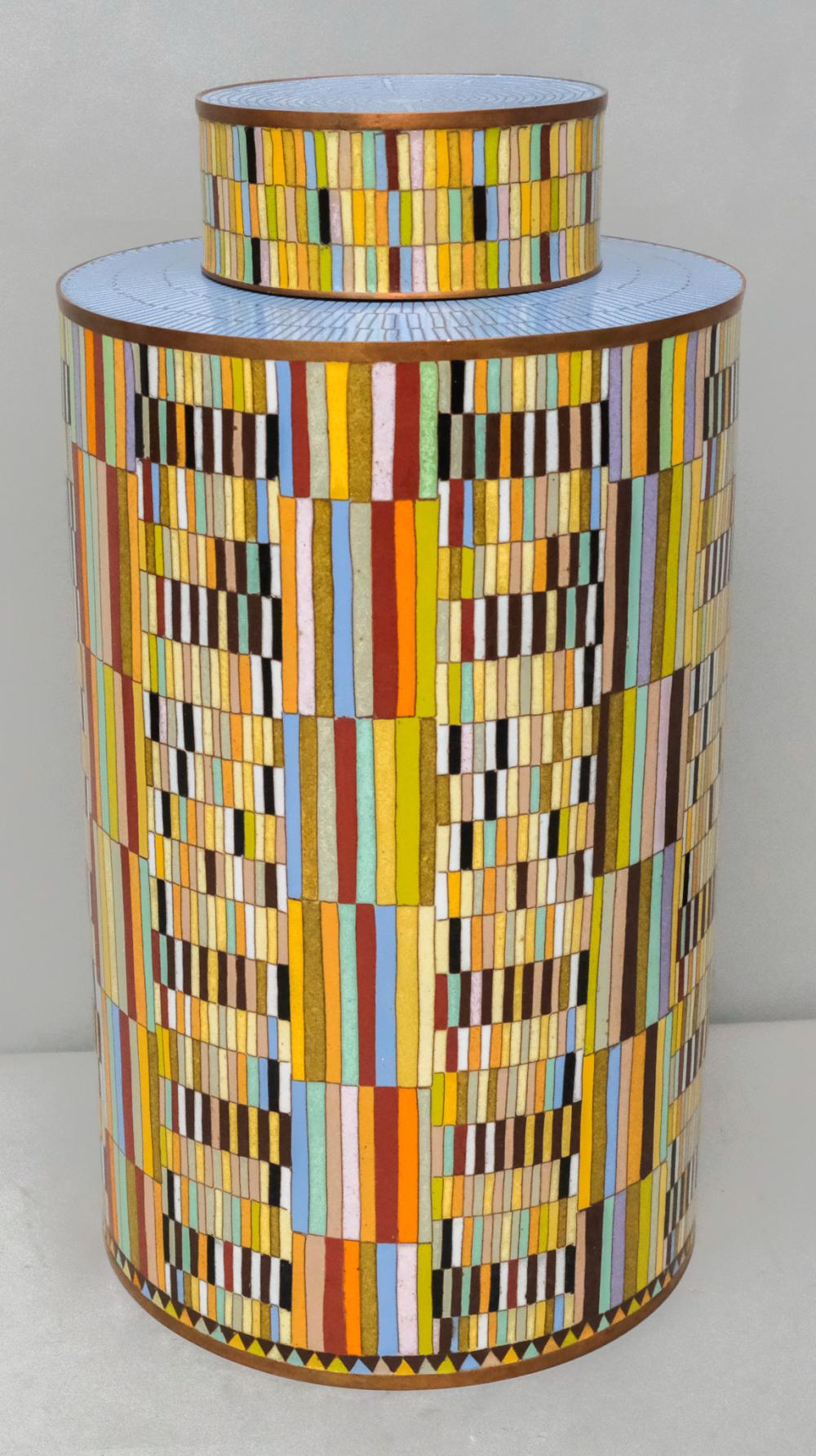 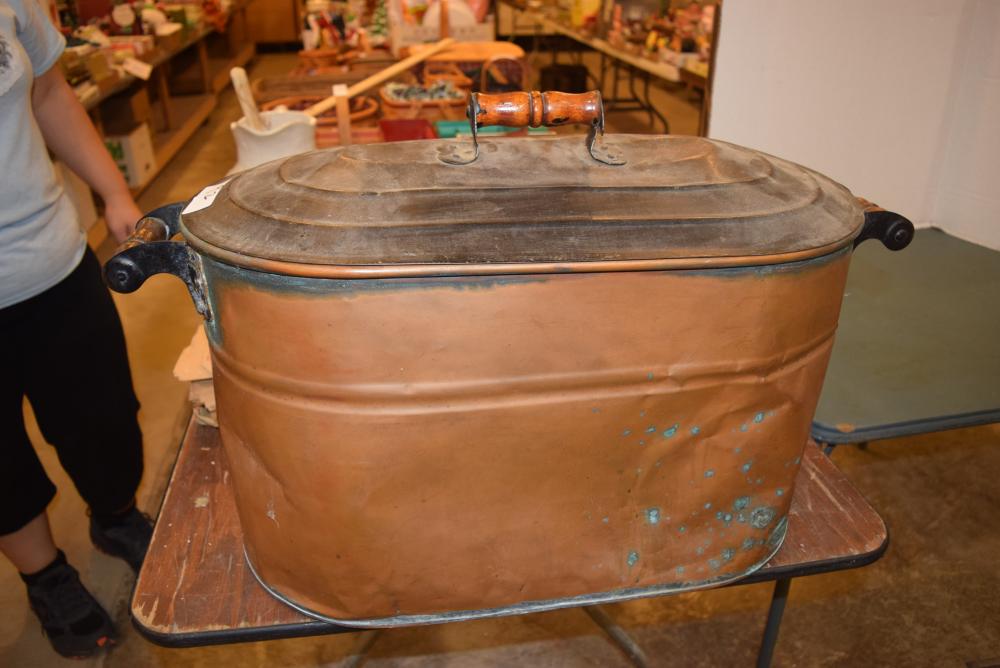 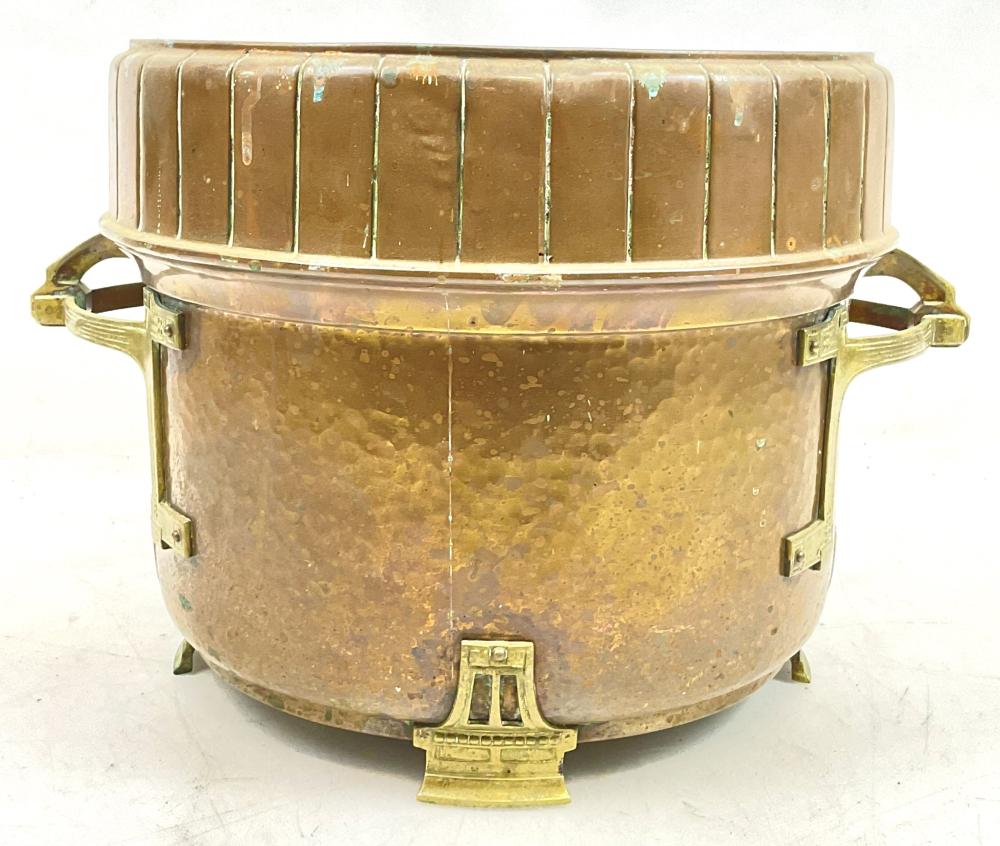 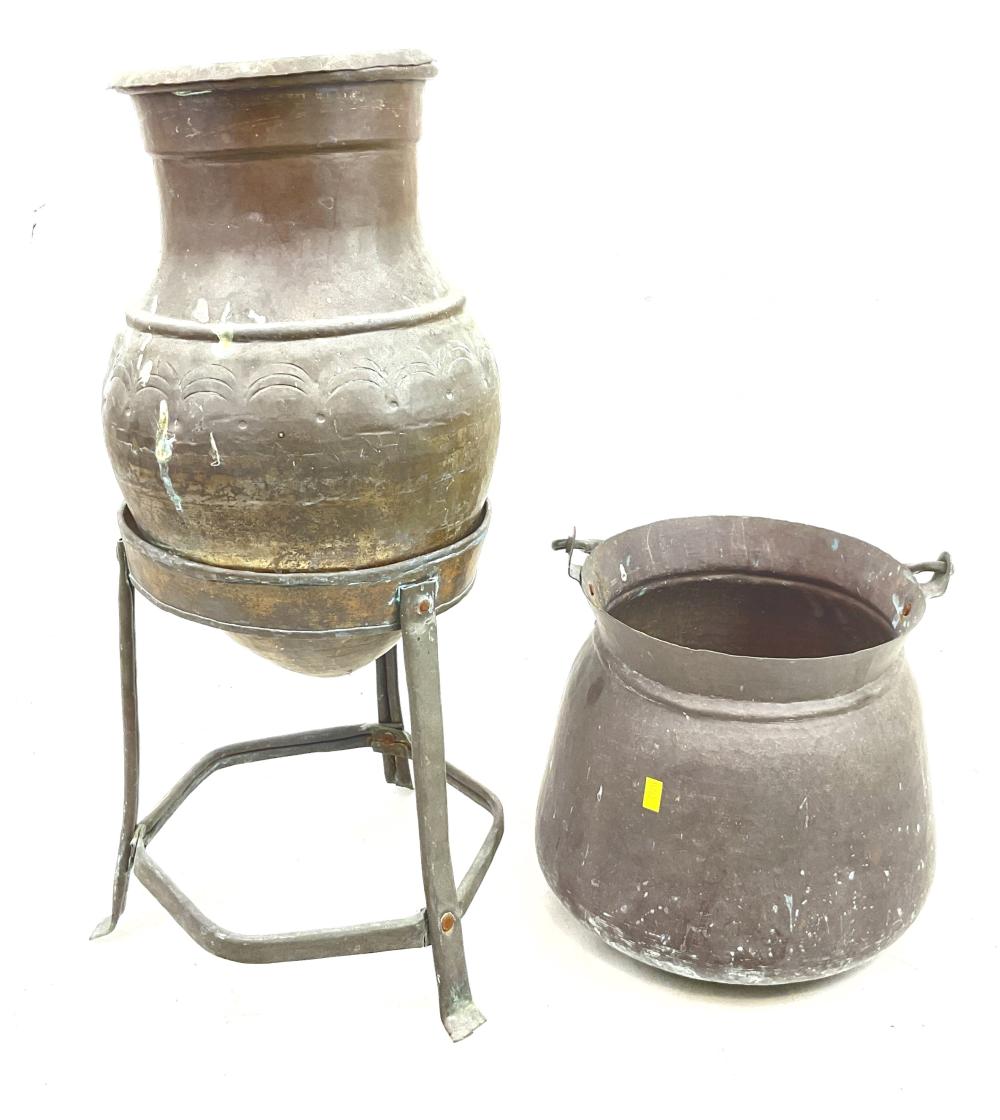 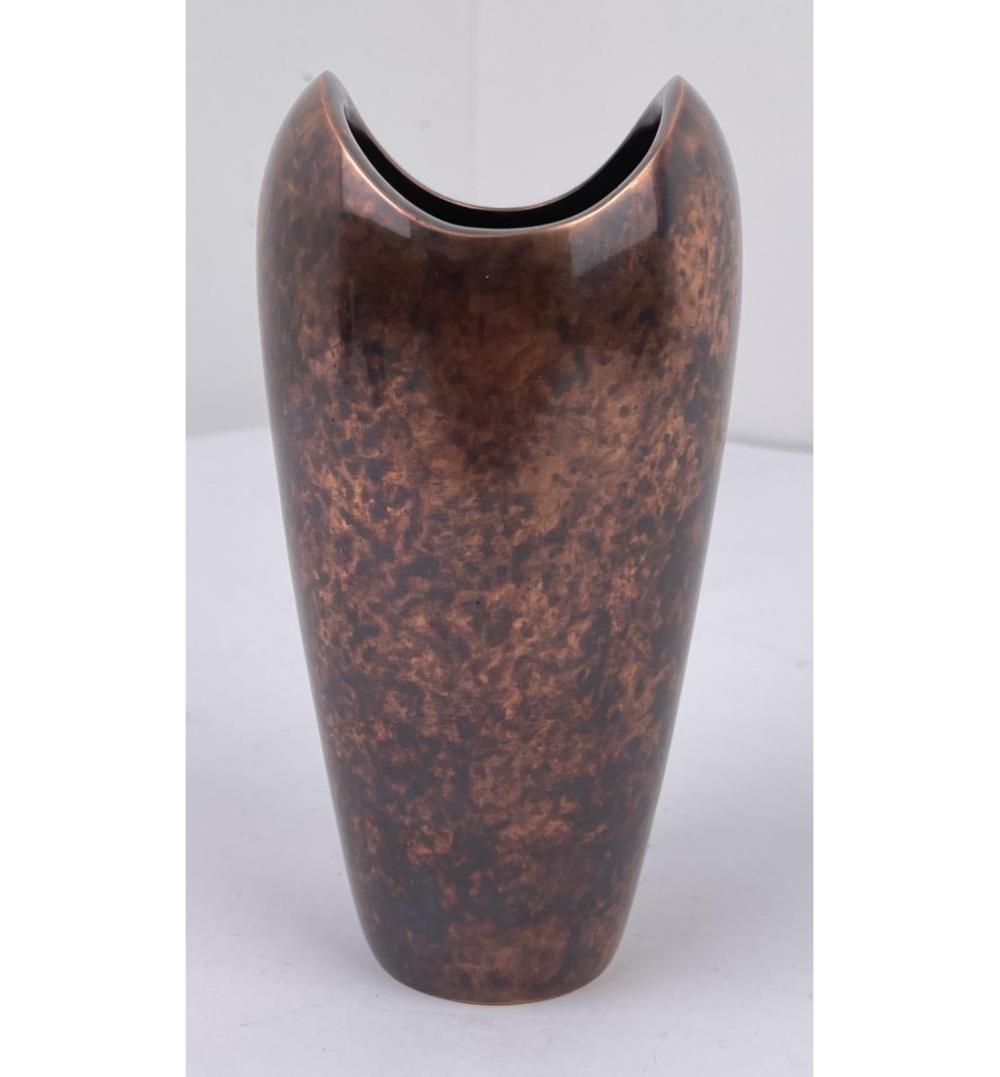 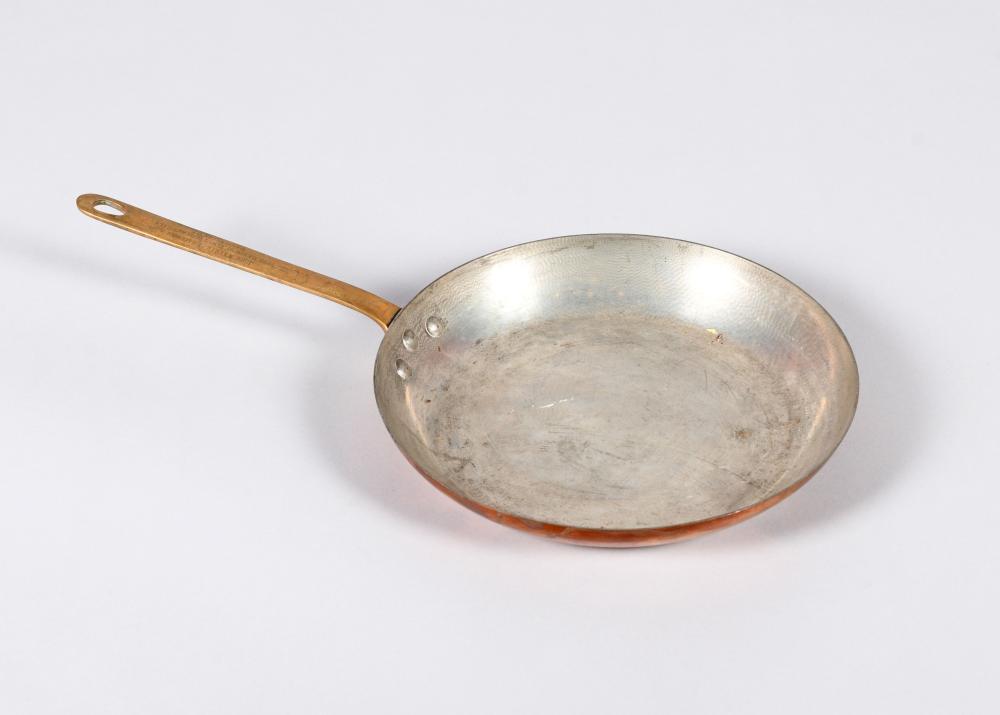 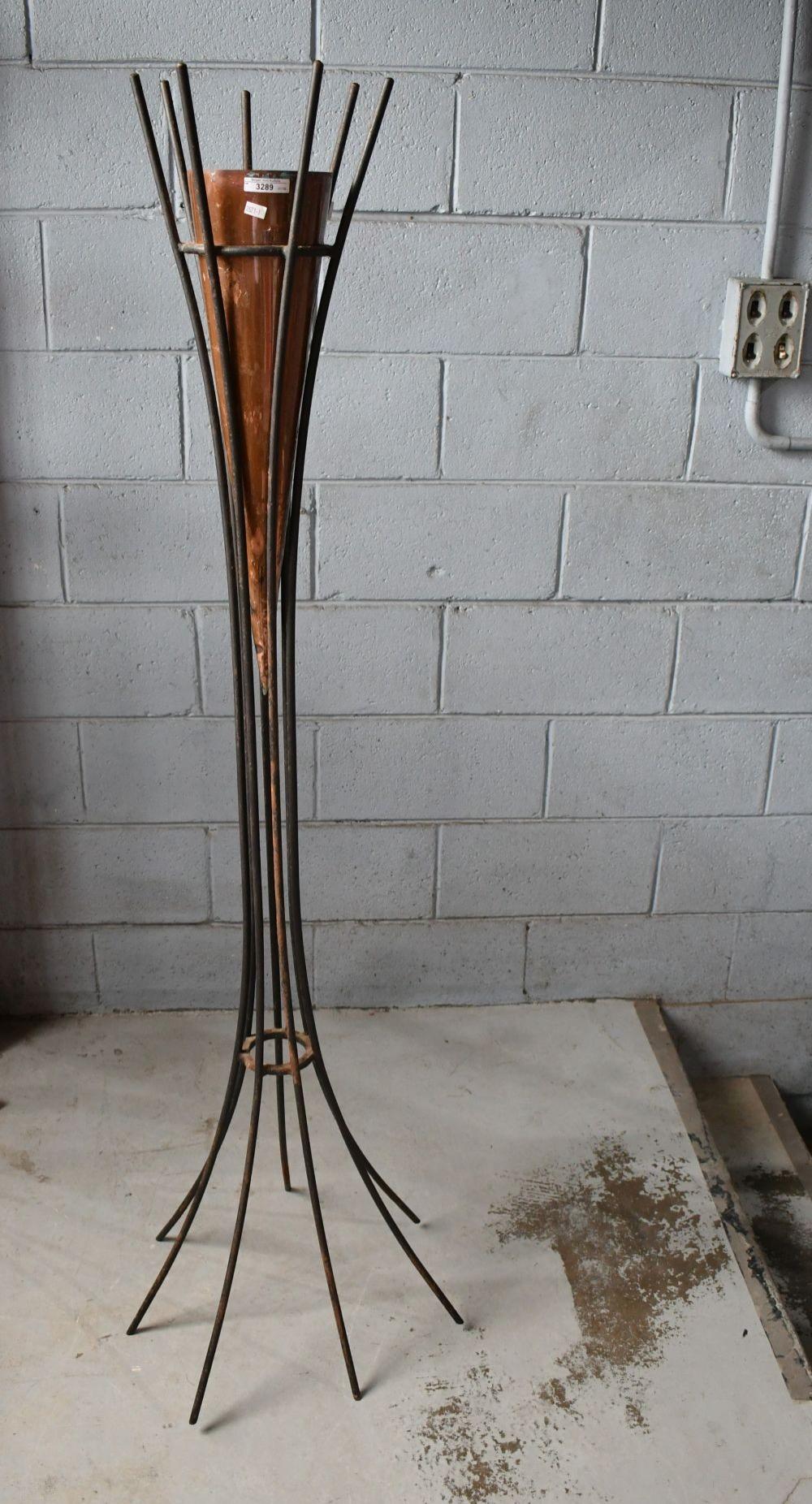 Unusual Wrought Iron and Copper Floor Standing Vase - with conical vase supported in a shaped wrought iron bar frame with constructed of 7 rods with flared base and top, black finish, vase removable and has had a resin w 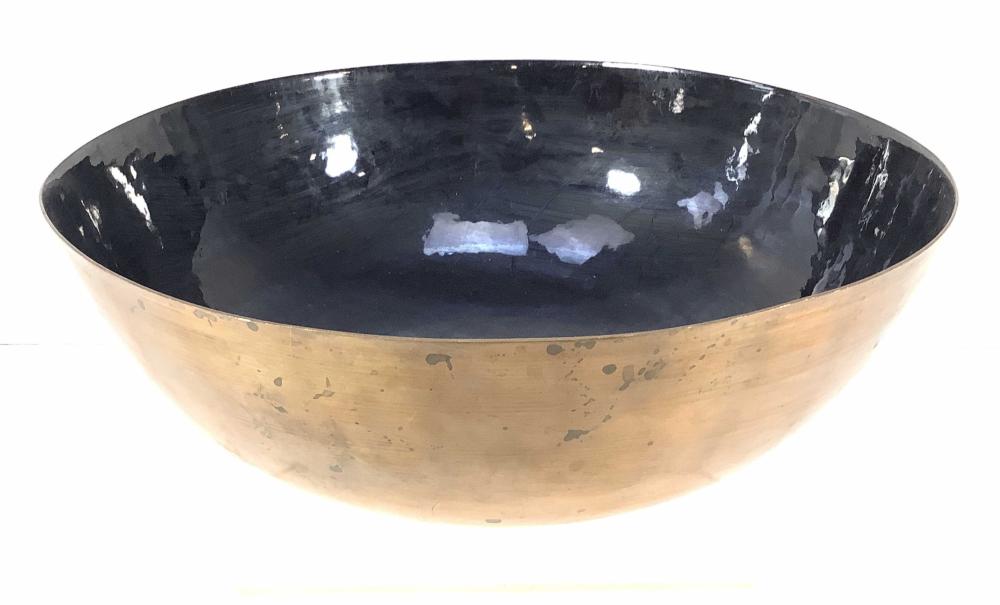 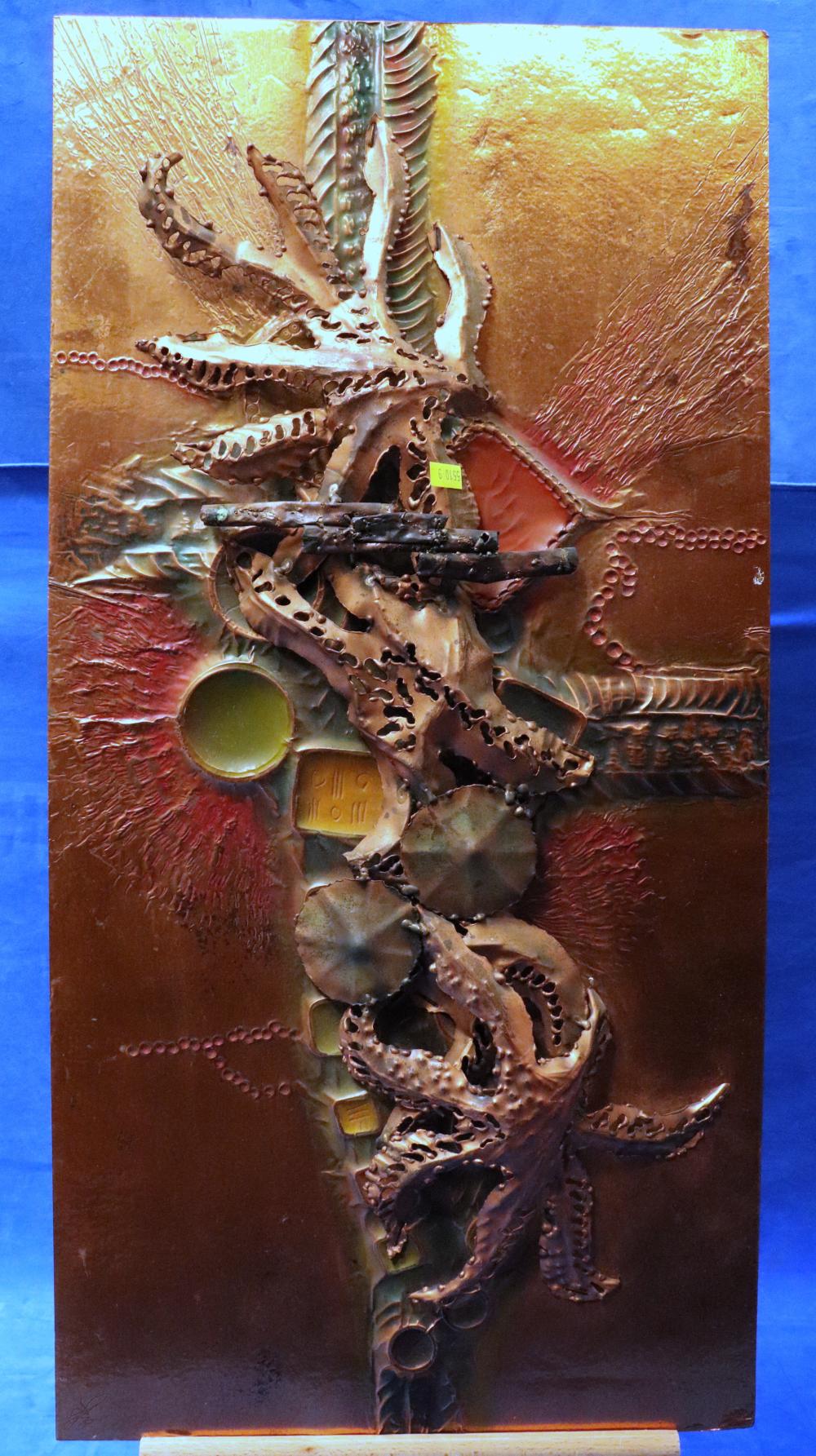 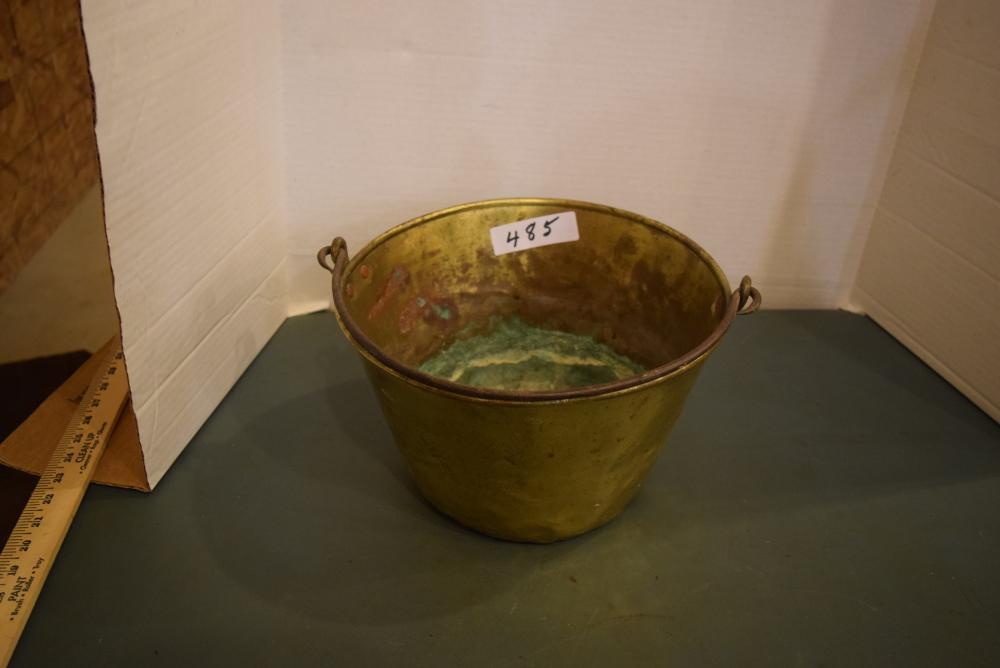 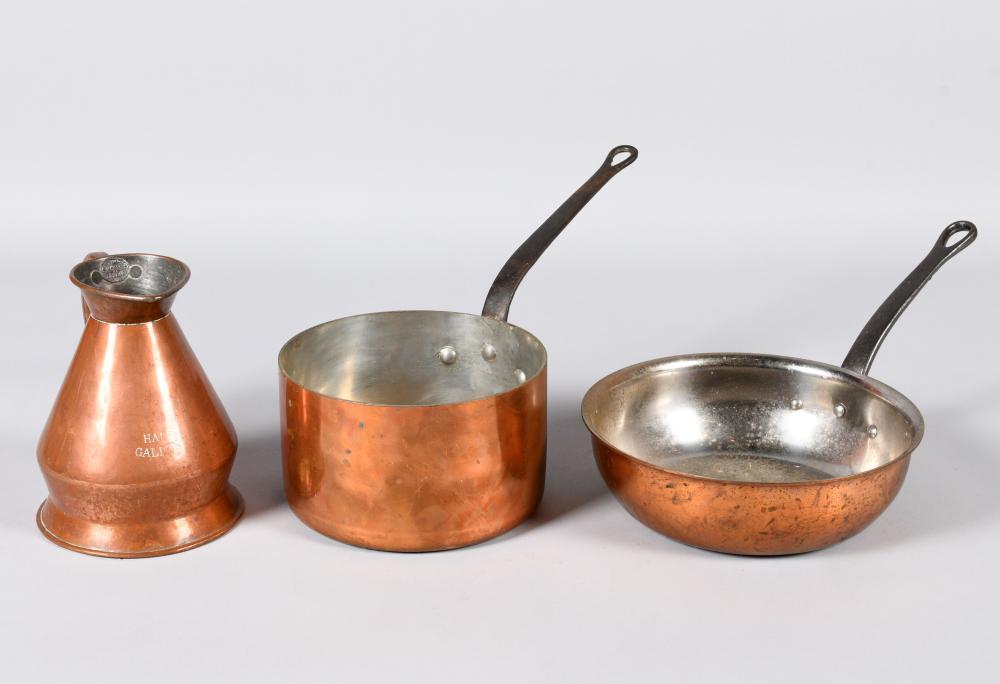 SENATOR WARNER'S TWO COPPER PANS AND A HALF GALLON JUG 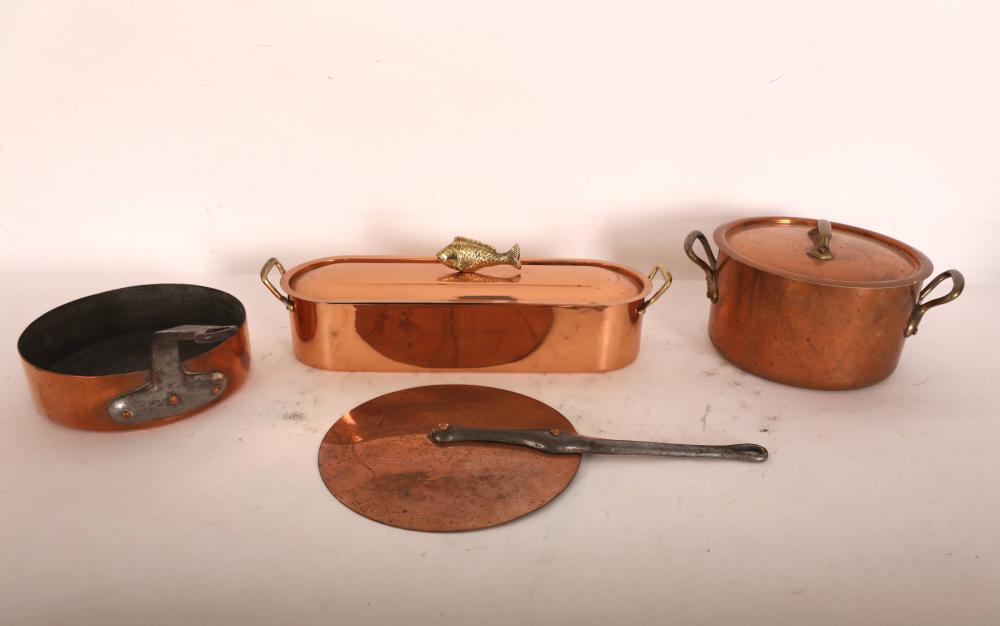 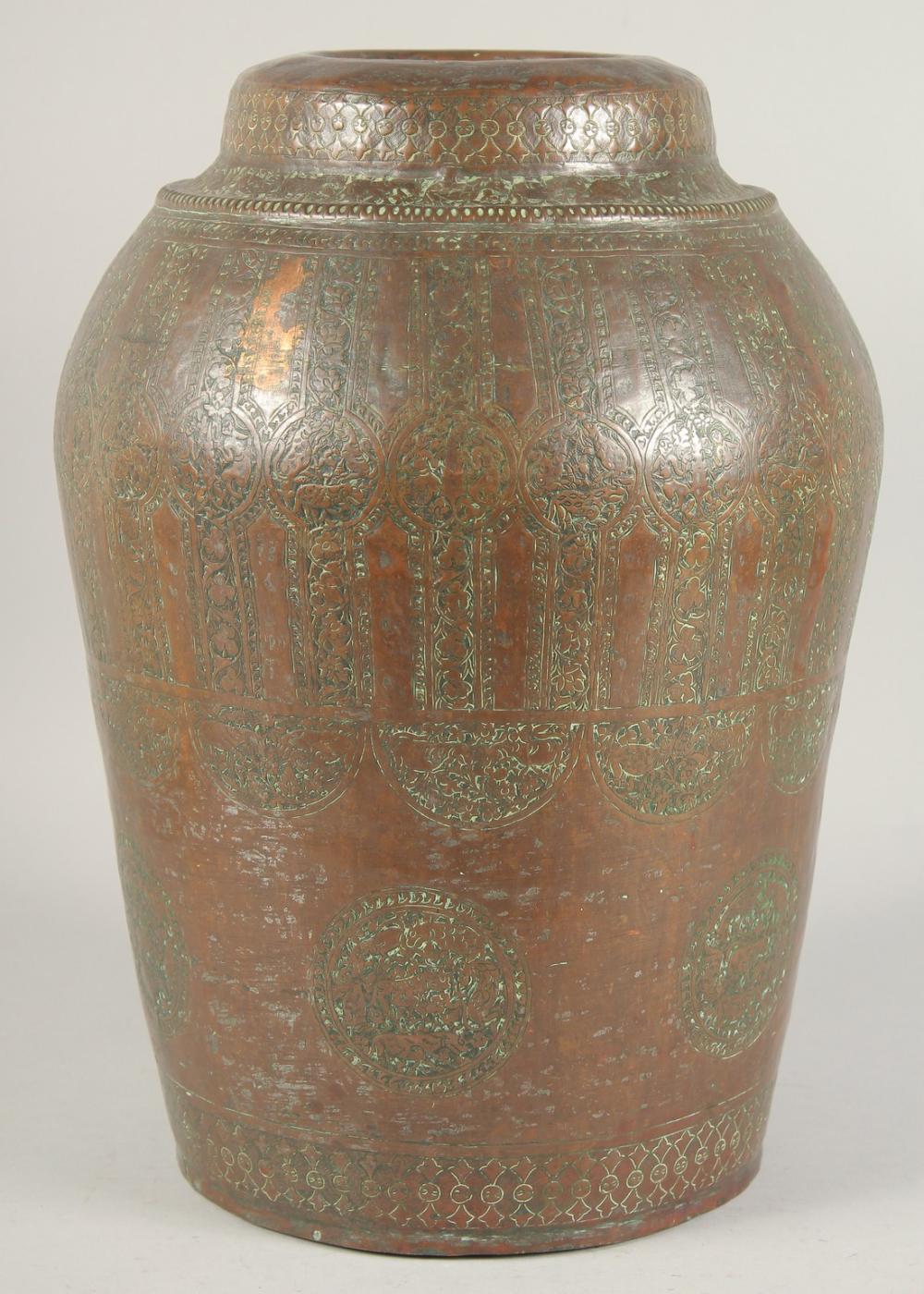 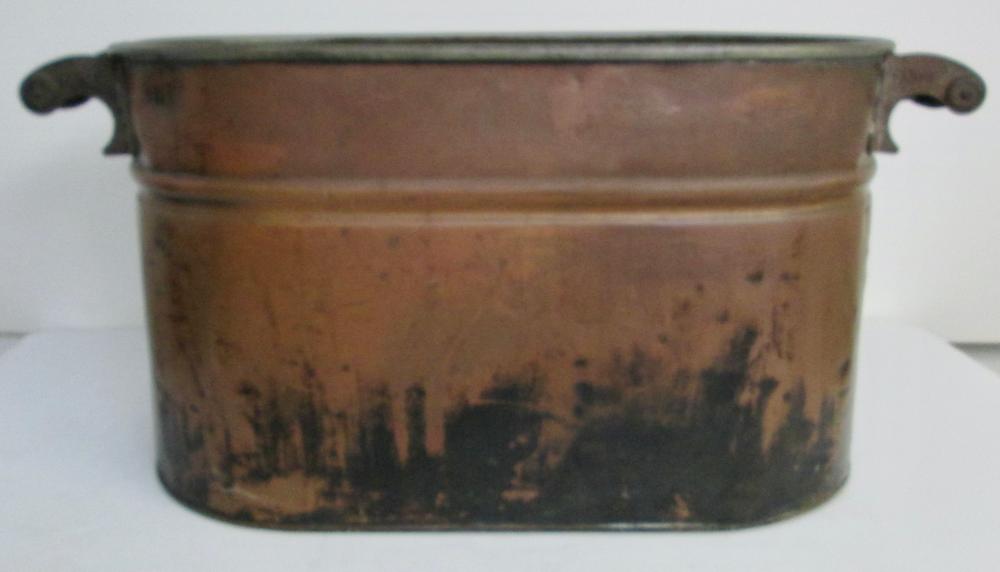 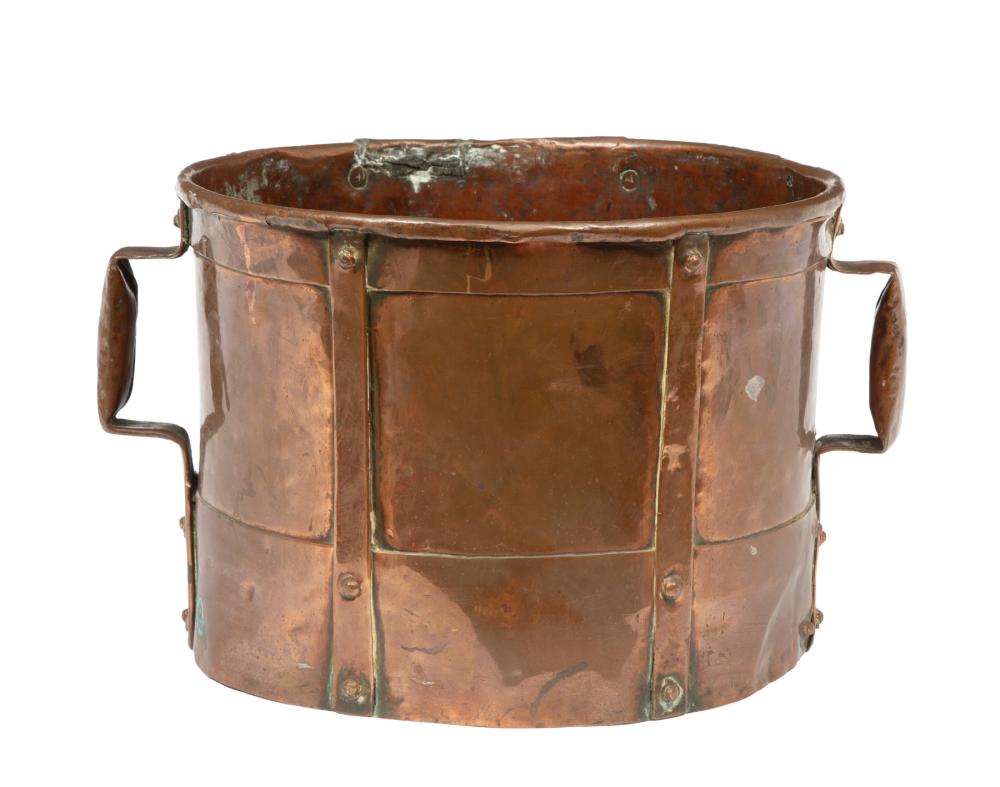 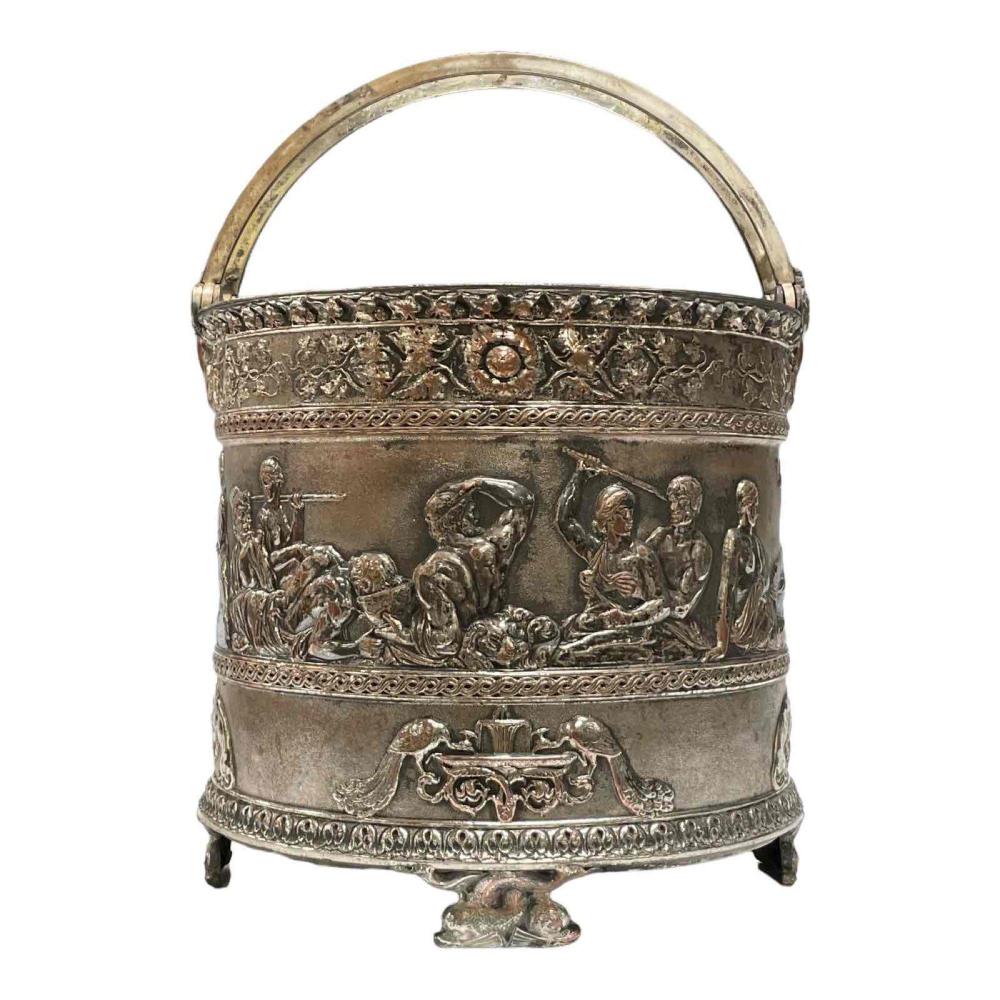 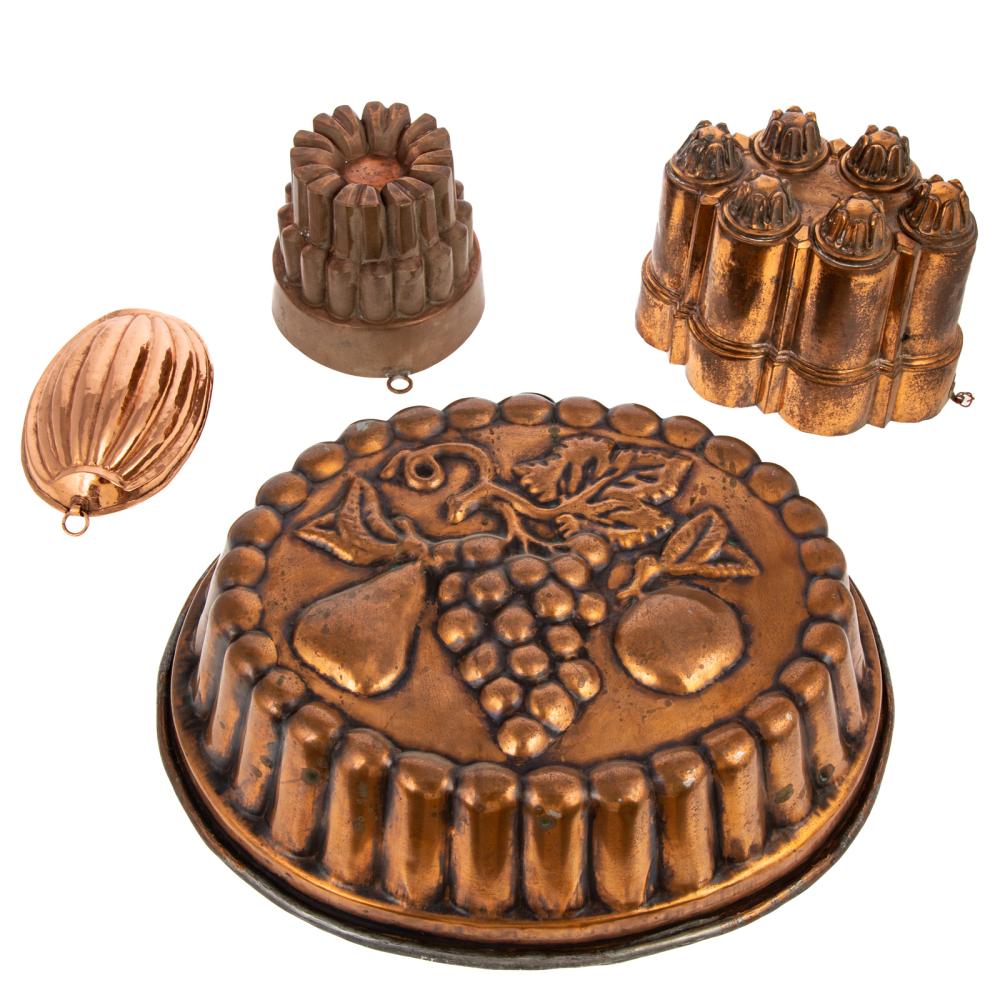 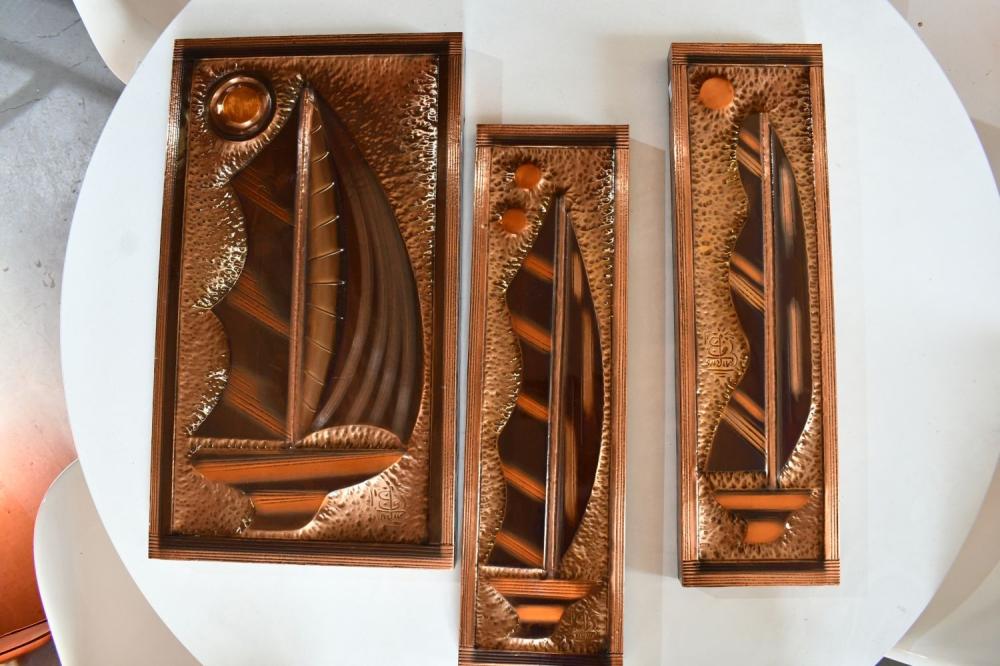 Series of 3 Copper Wall Panels - each with a sailing boat motif and beaten background, each with stamped makers signature (indistinct), circa 1960's. All 53cm high, central panel 30cm wide, side panels 15.5cm wide. 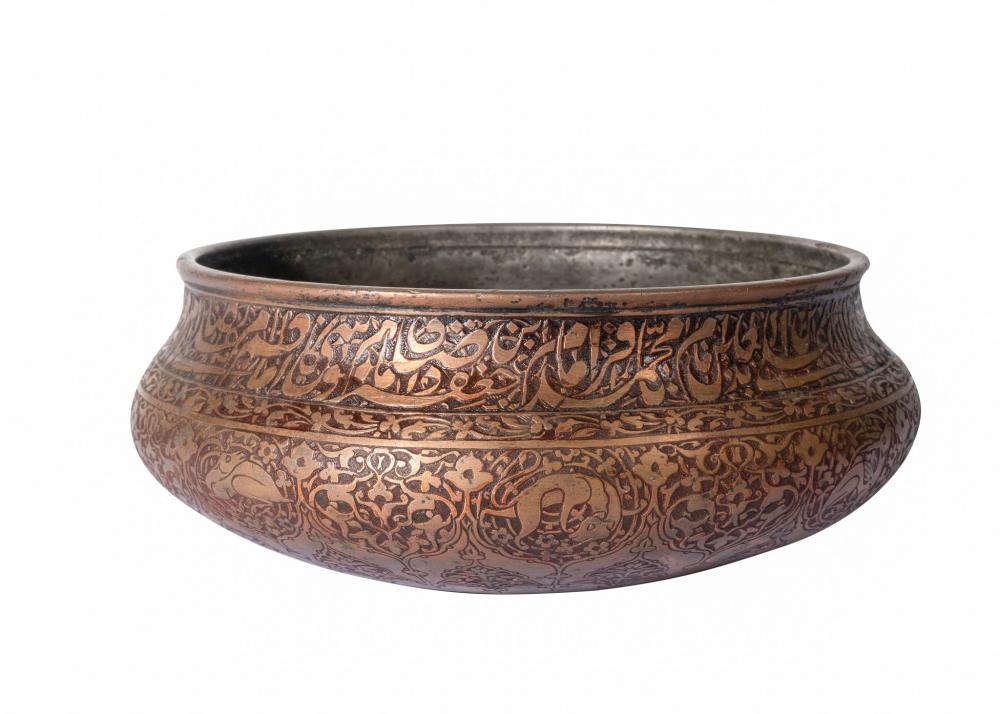 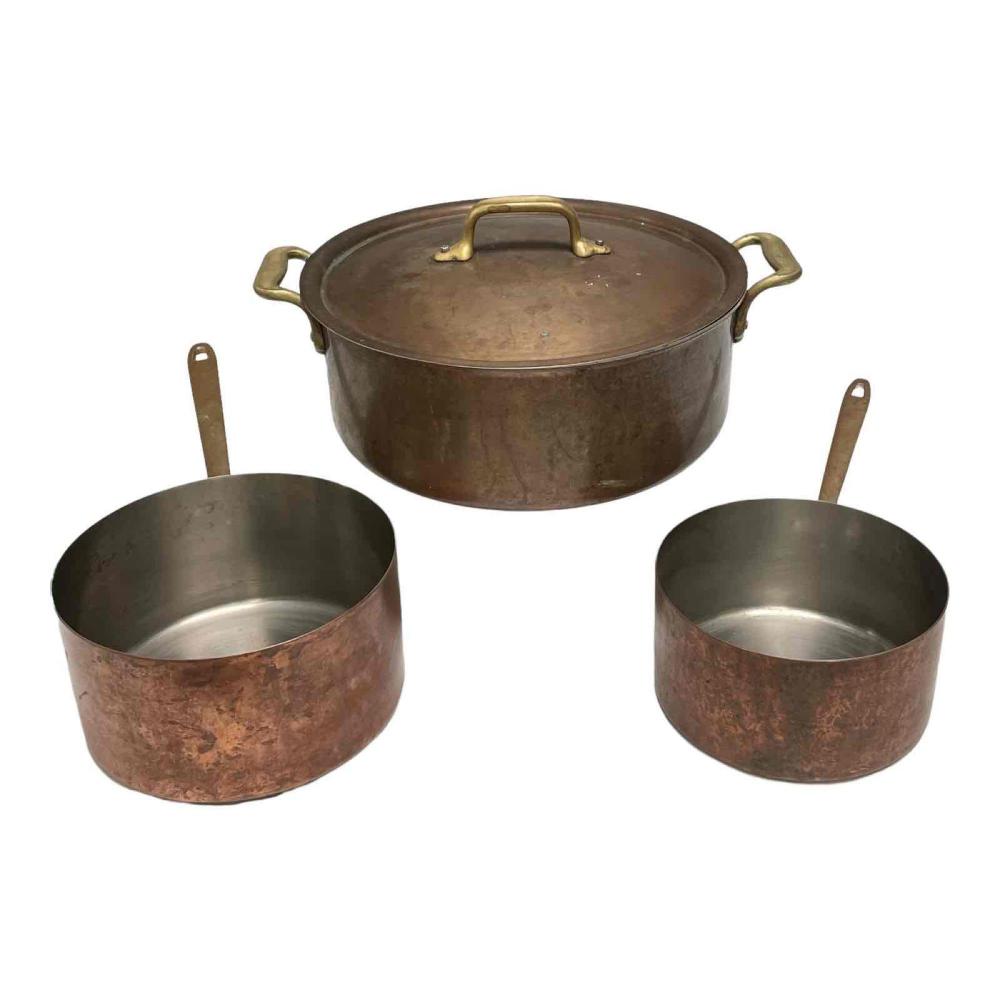 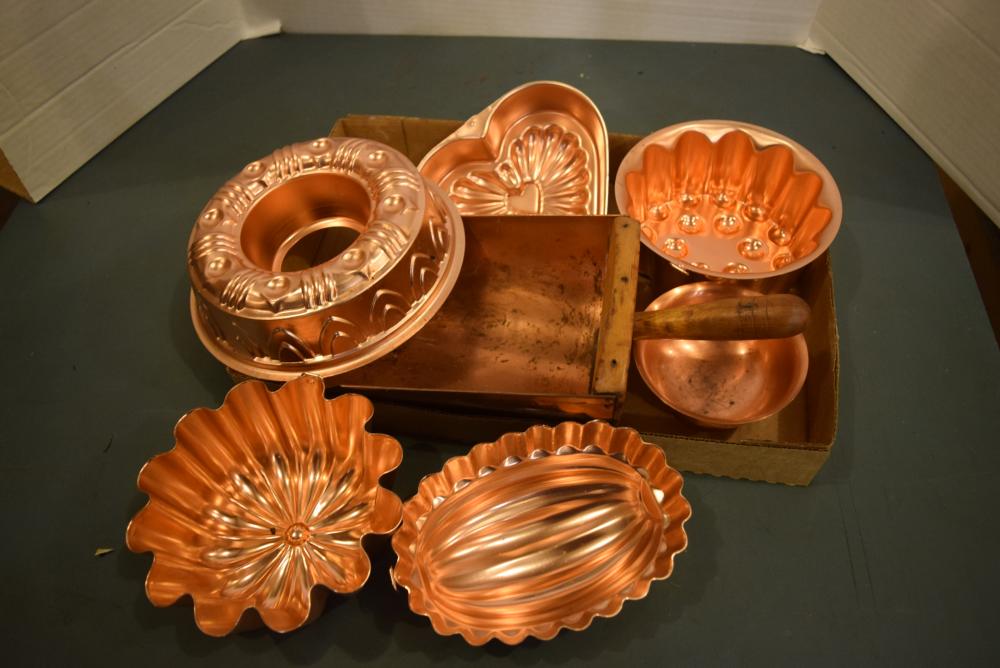