Walt Disney Production figurines have become a highly collected item. Though the introduction of figurines did not take off until the release of “Fantasia” in 1940, WWII stimied collecting until after the war. During the ‘60s and ‘70s, many of the figurines offered by Disney were produced in Japan under the Disney Production Inc. name.

Today, an endless stream of Disney figurines is offered through the Walt Disney Classics Collection (WDCC). This collection includes items that were never produced early on. Figures are produced in ceramic, plastic, bronze, and sterling silver. Items offered by WDCC are collected by millions through a membership program offered online. Many discontinued WDCC figurines are highly collected today and often command hefty prices.

Walt Disney set out to reward employees in his in later years, creating unique bronzed spelter statues for 25 years of service. Collectors today seek figurines made by Goebel, Swarovski, Lladro, and other high-end makers of Disney. Additionally, large display model figures from The Disney Store, which were common in American and European malls, are now a highly sought-after item on the secondary market. 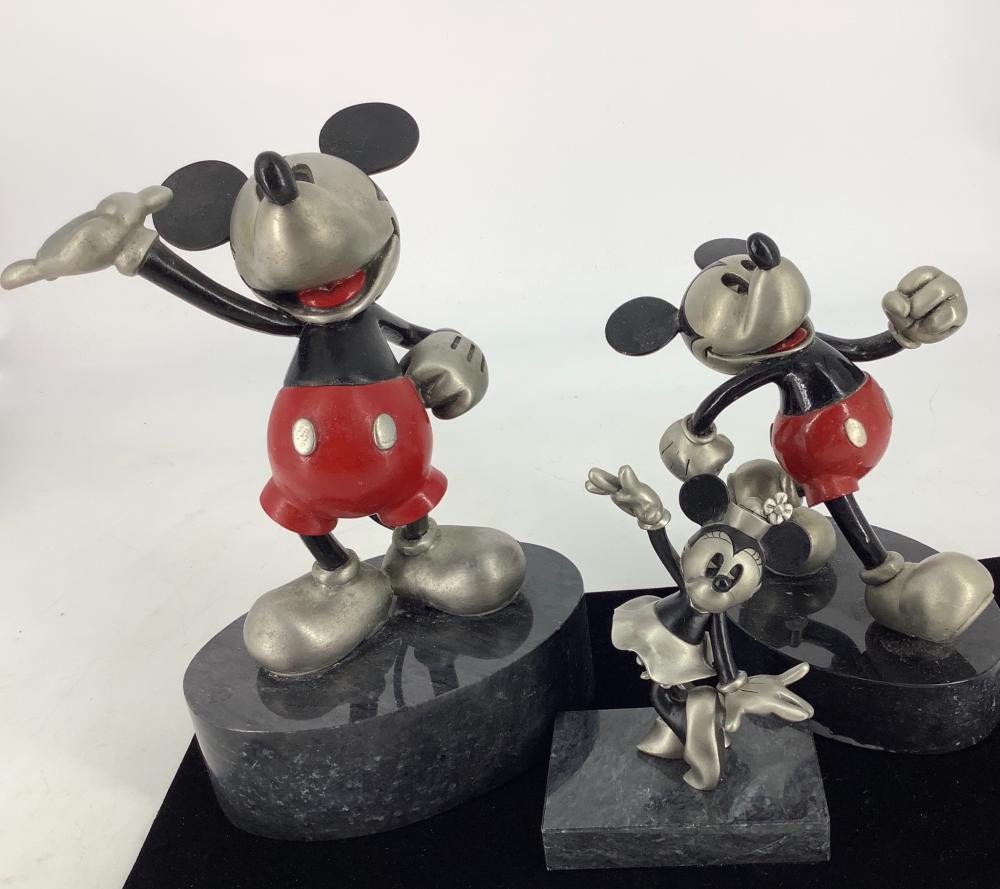 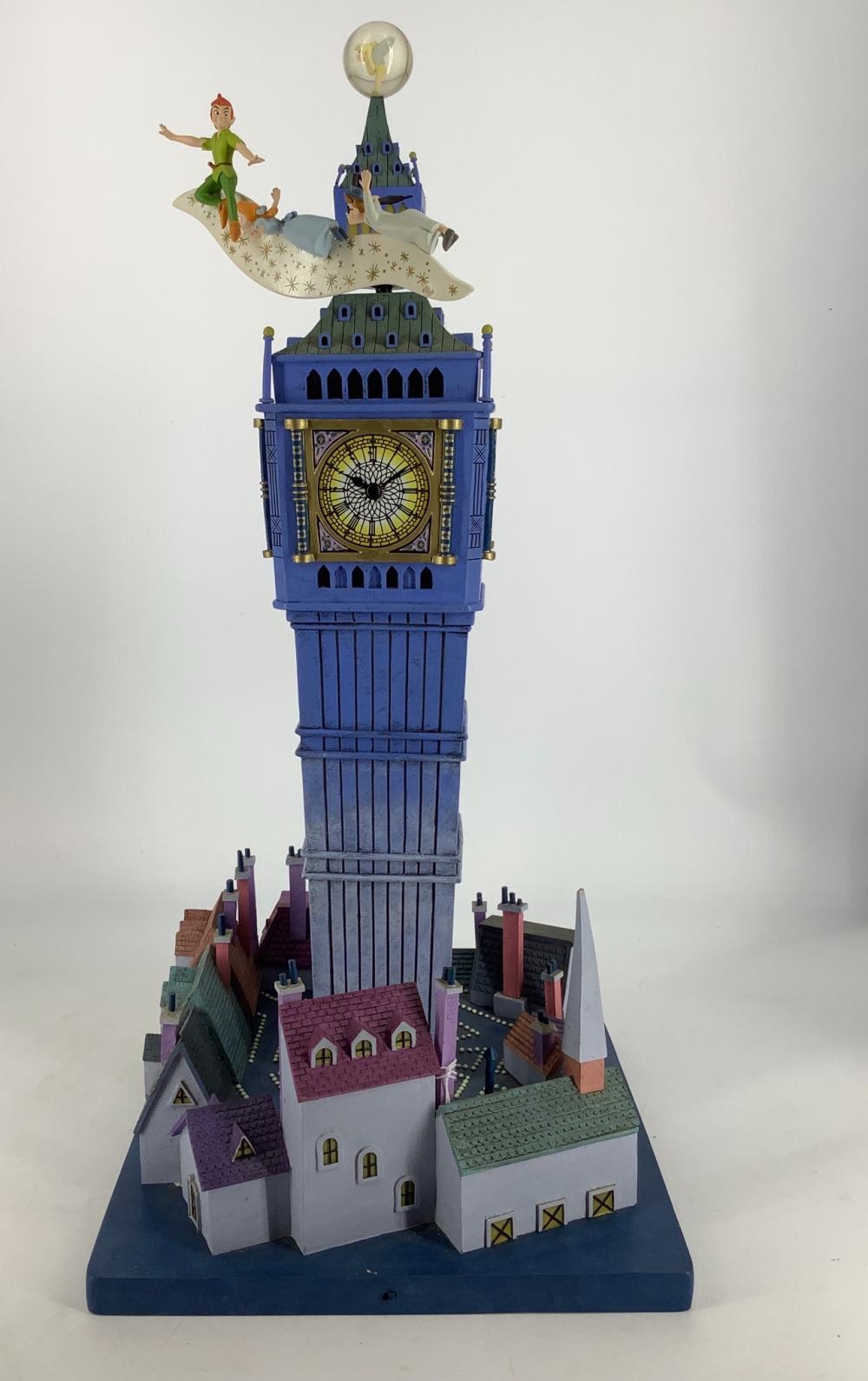 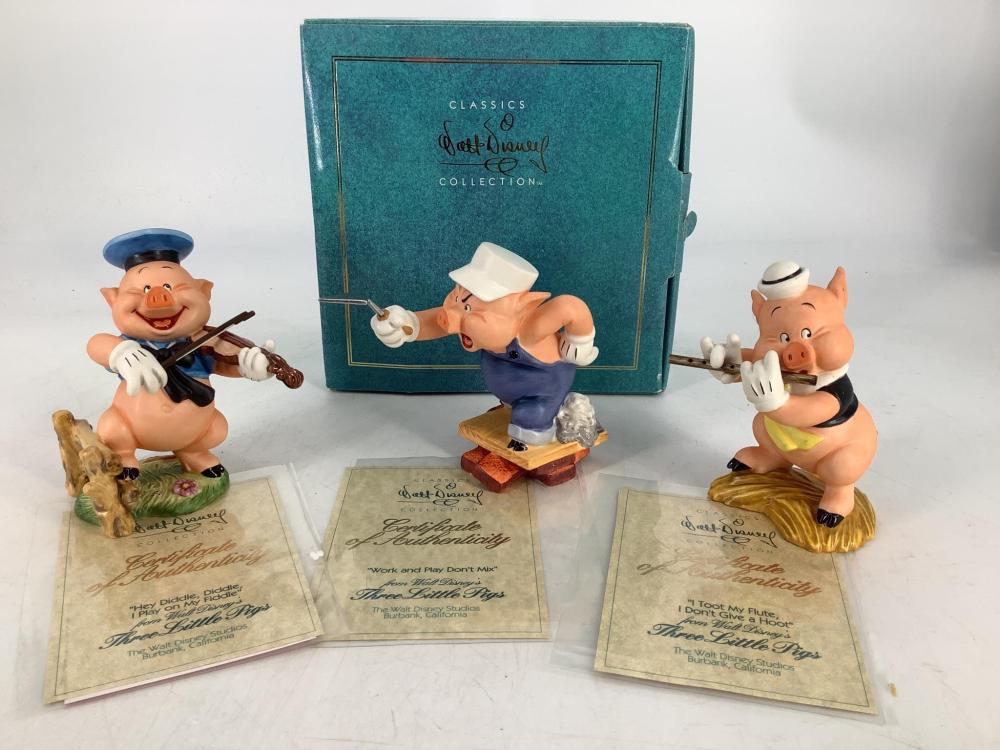 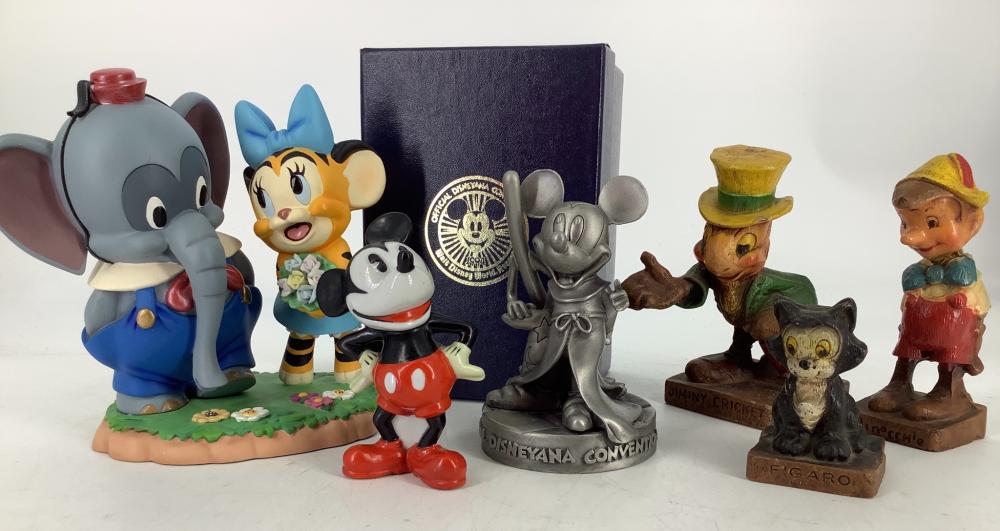 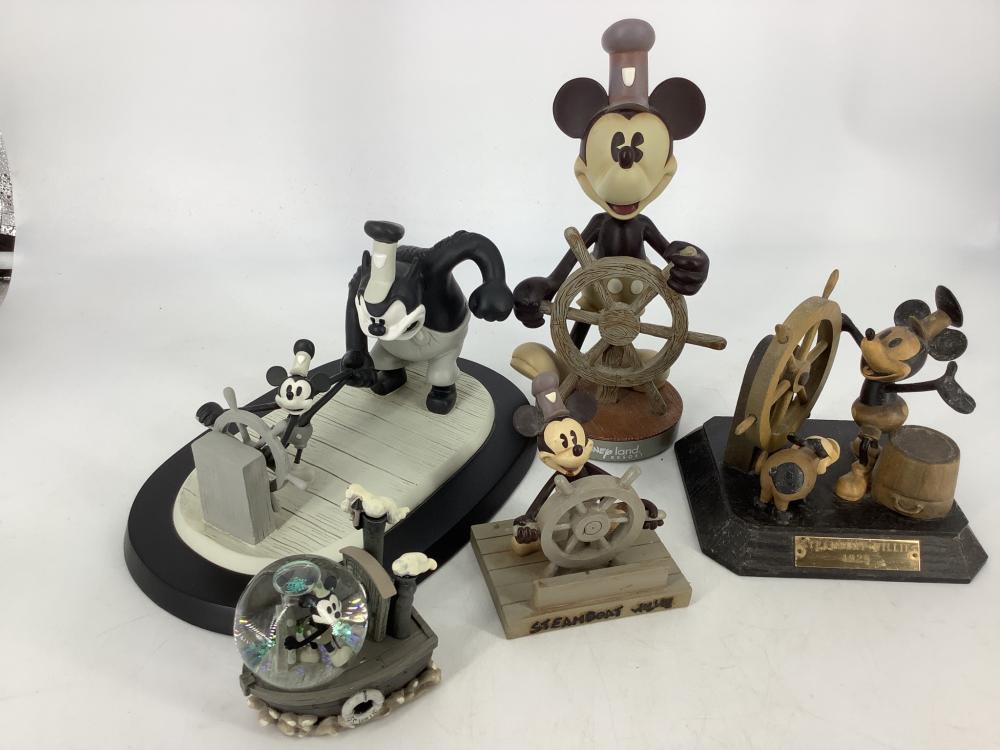 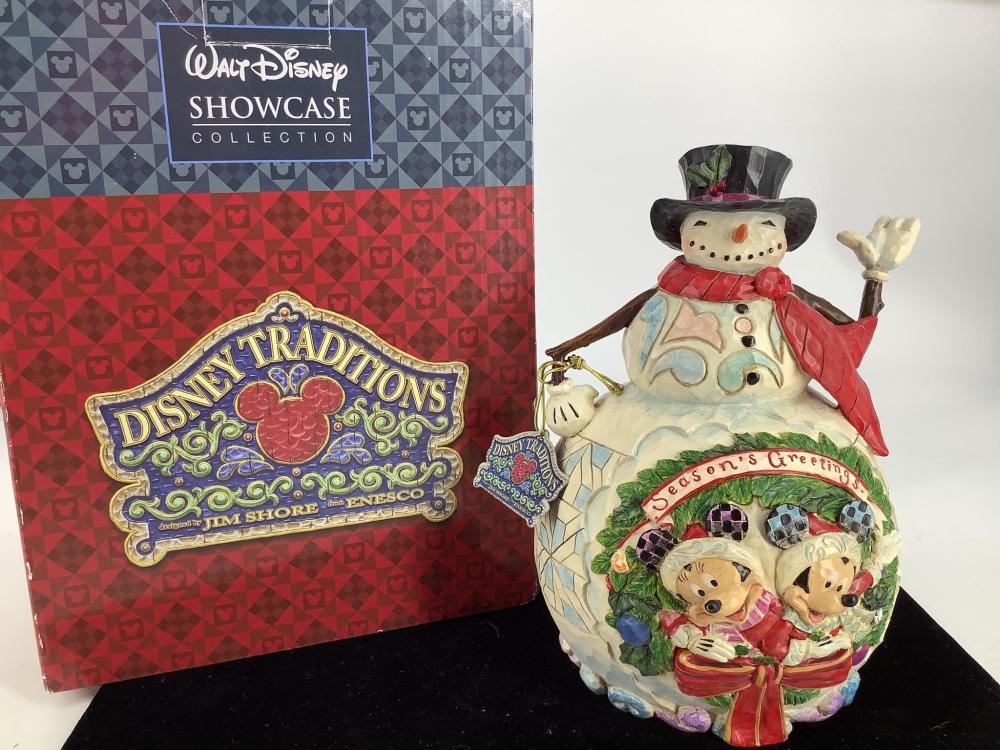 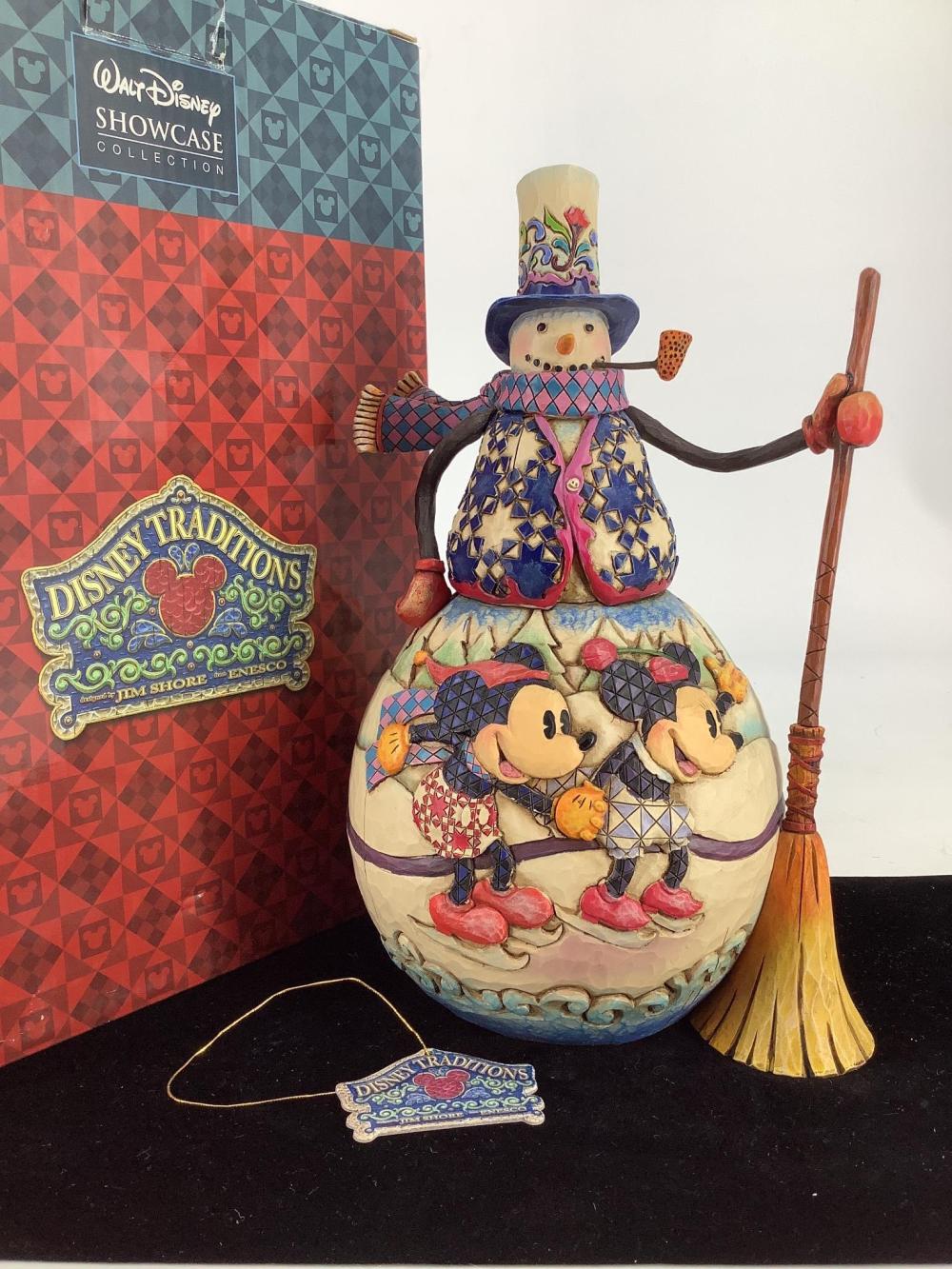 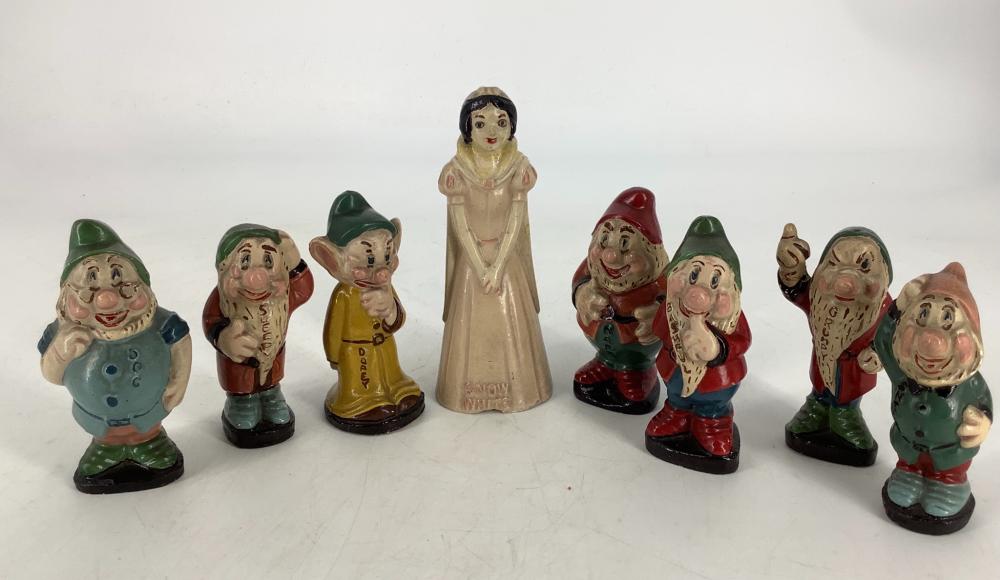 Vintage Disney Snow White and the 7 dwarfs set of 8 chalk figures. Snow White has chip on base. 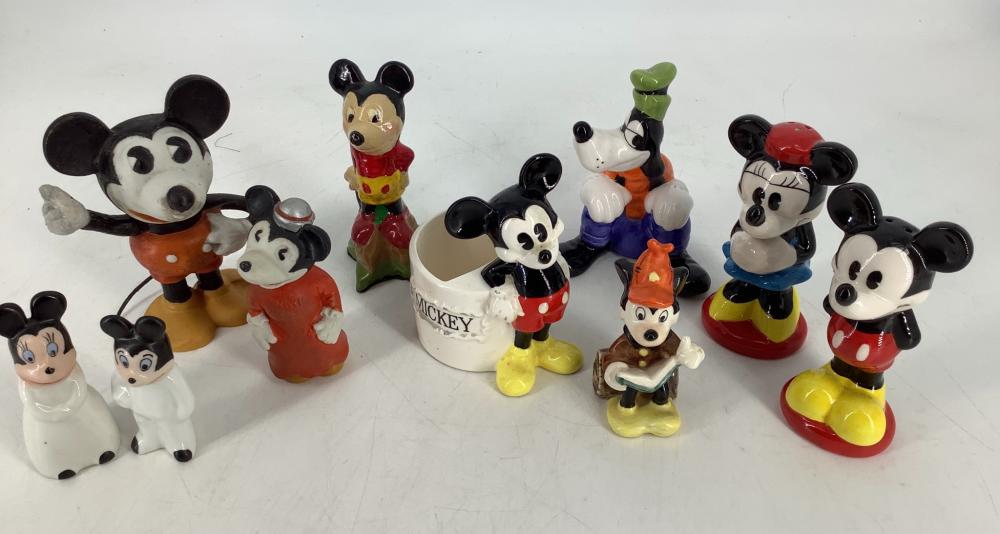 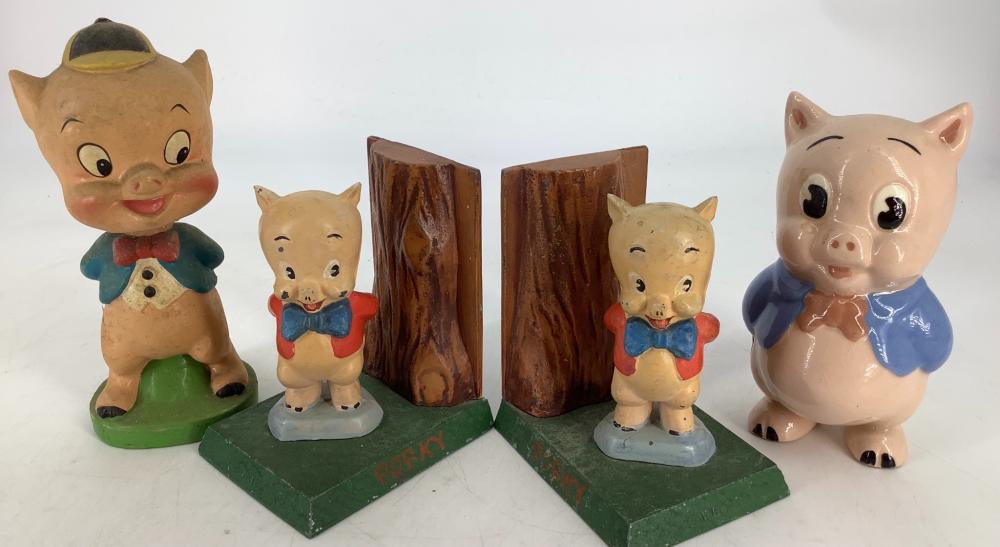 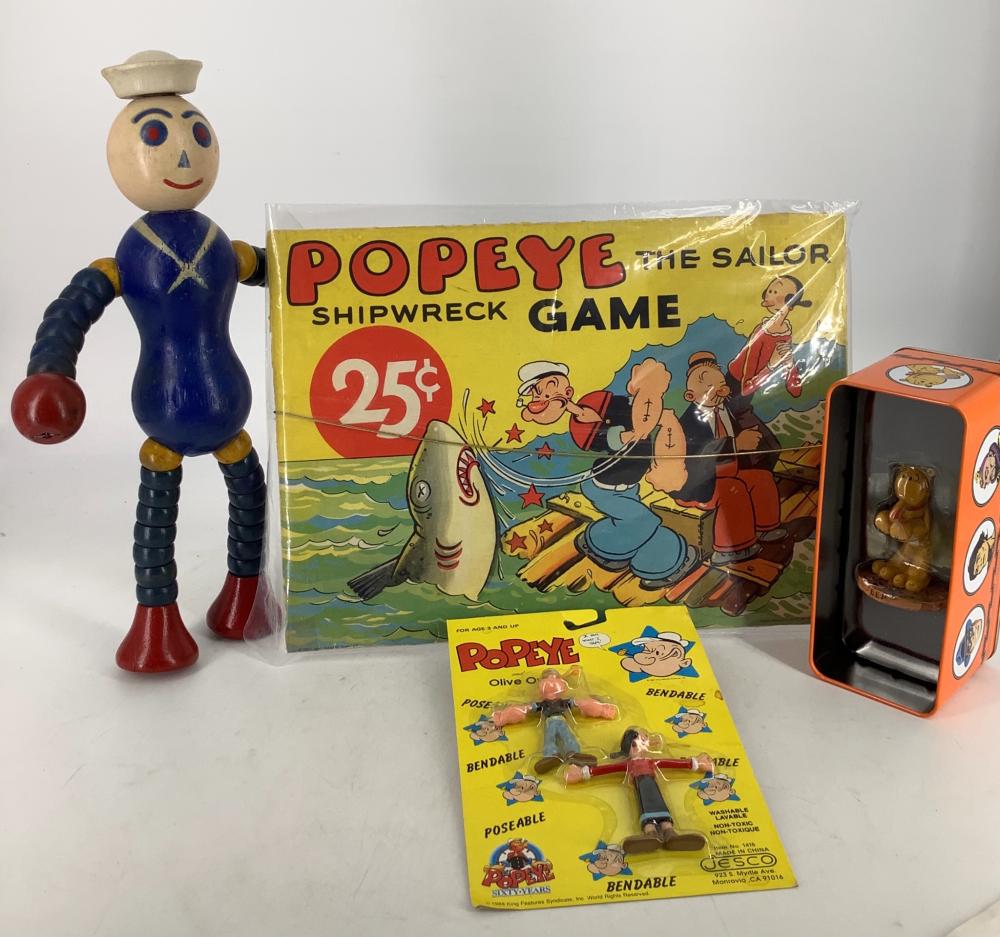 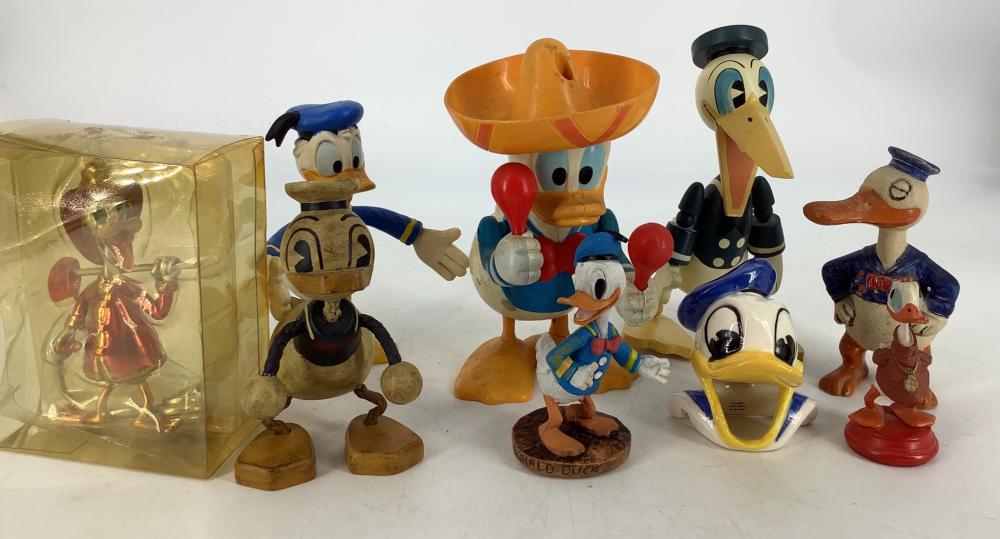 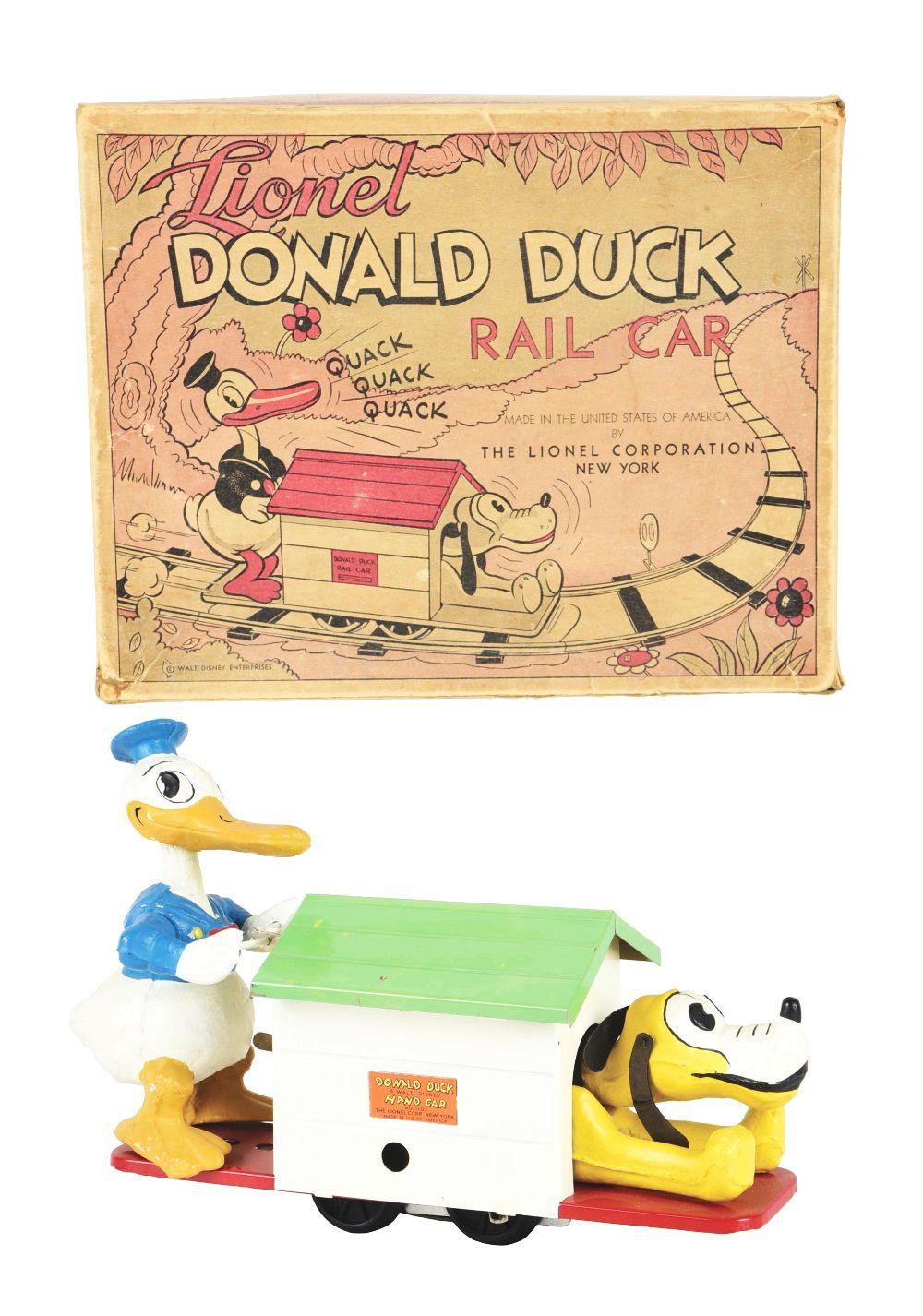 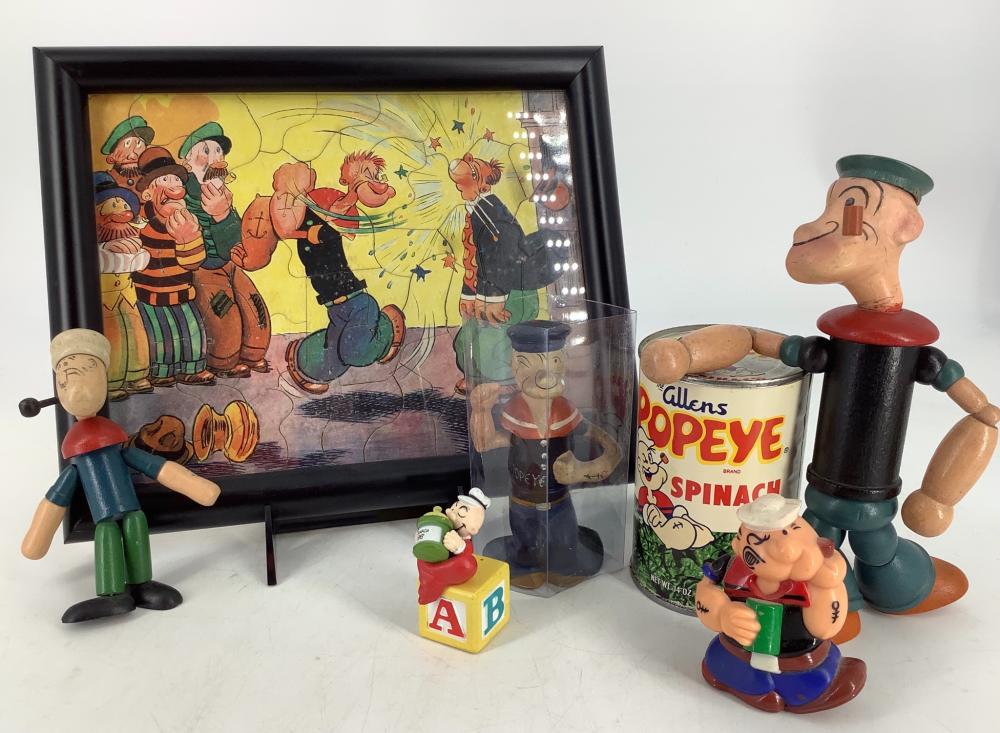 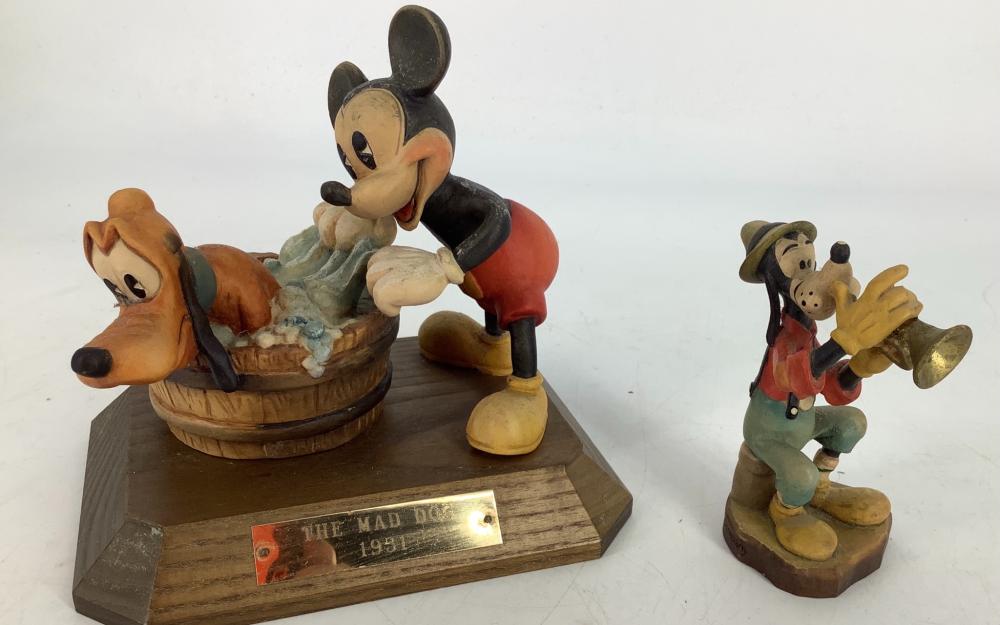 2 limited edition Anri wooden figures made in Italy. “Mad Dog” Pluto getting a bath on wood base and Goofy playing the trumpet. 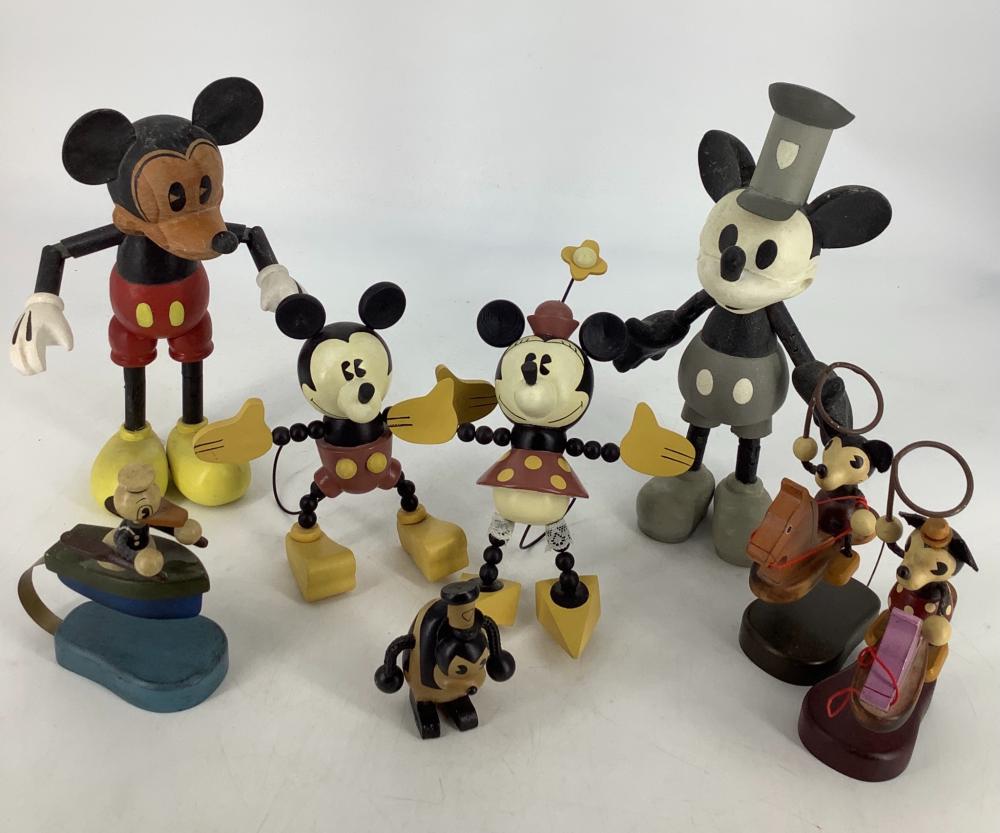 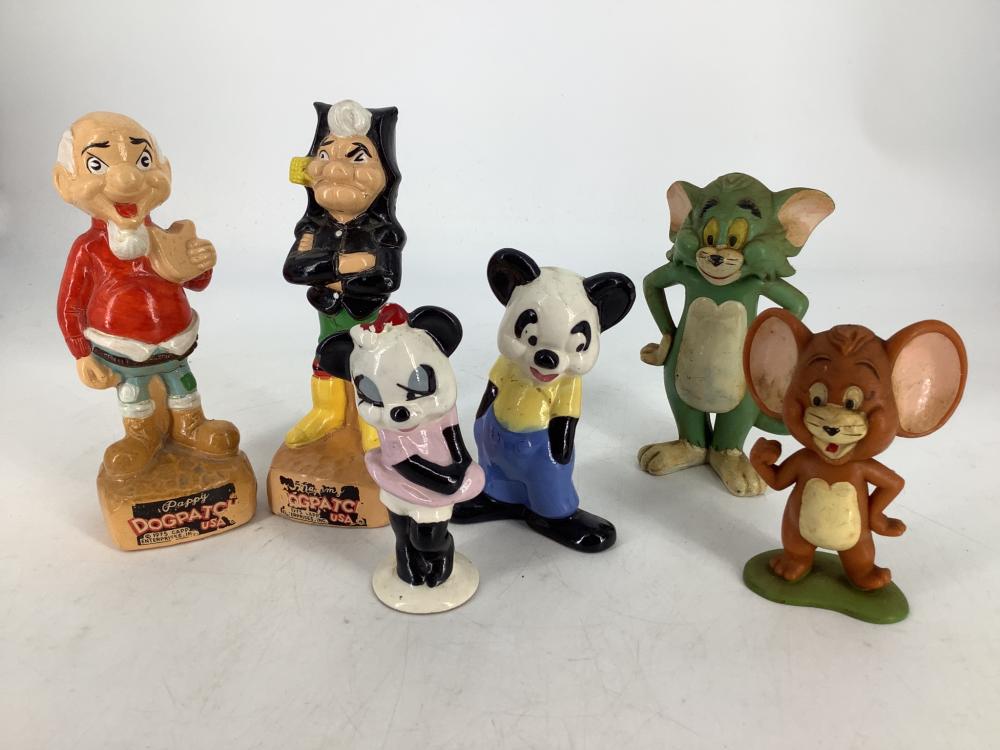 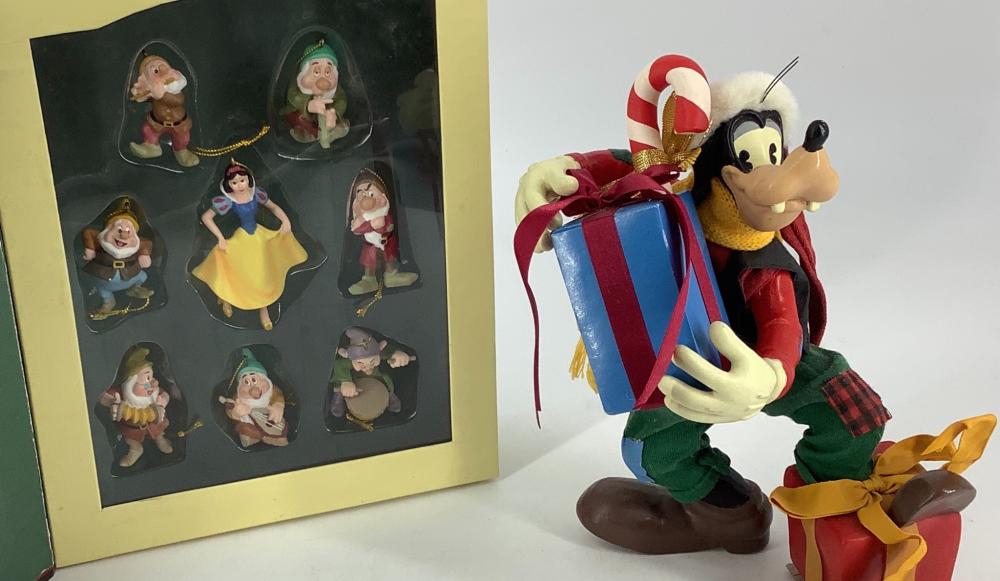 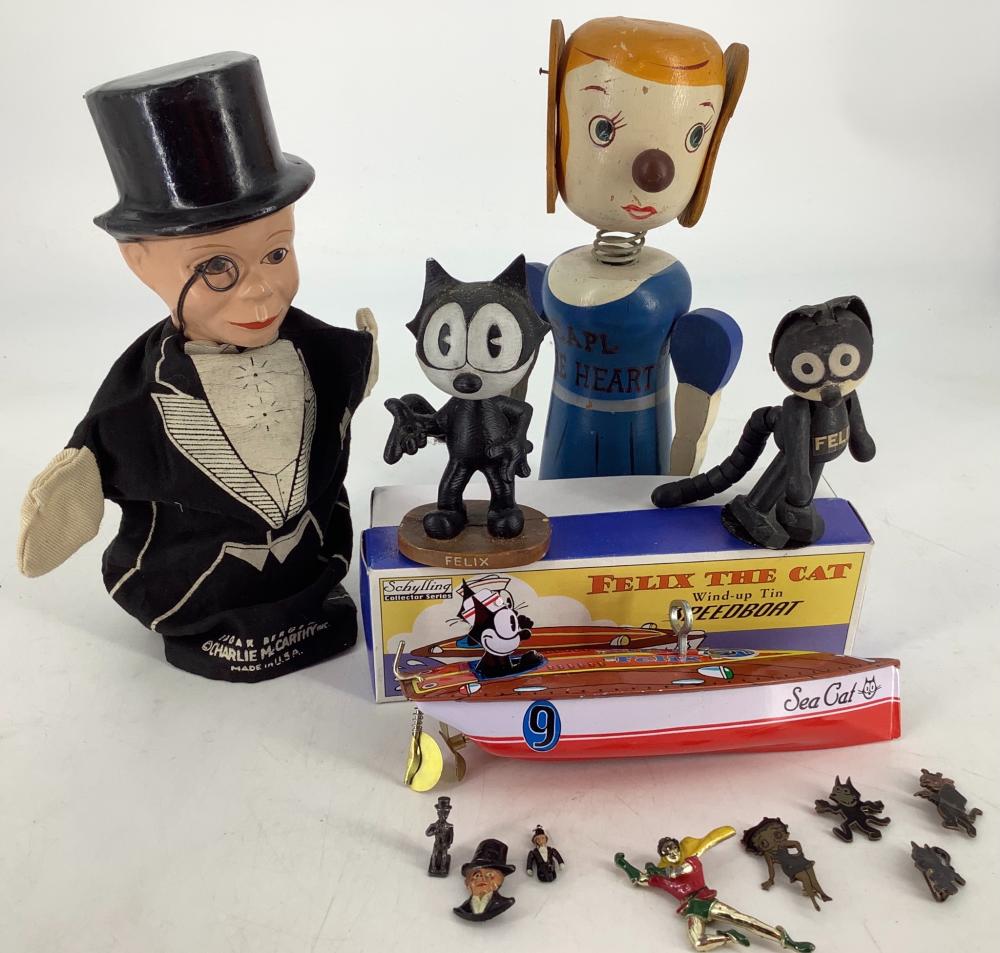 LOT OF 11: VARIOUS PLASTIC DISNEY AND OTHER RAMP WALKER TOYS. 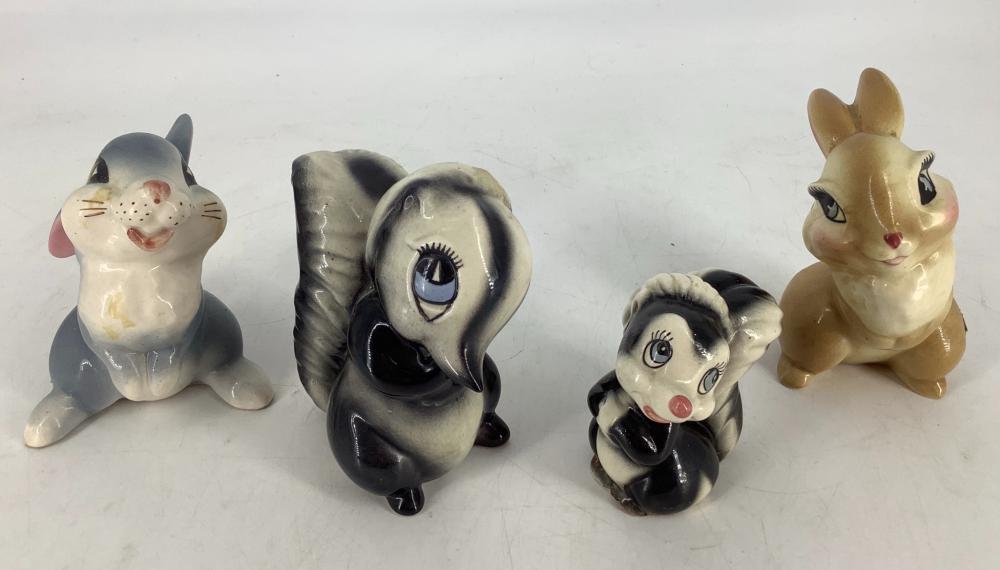 Lot of 4 ceramic figures from Bambi - 2 Flower the skunk figures and Thumper and his girlfriend, Miss Bunny. 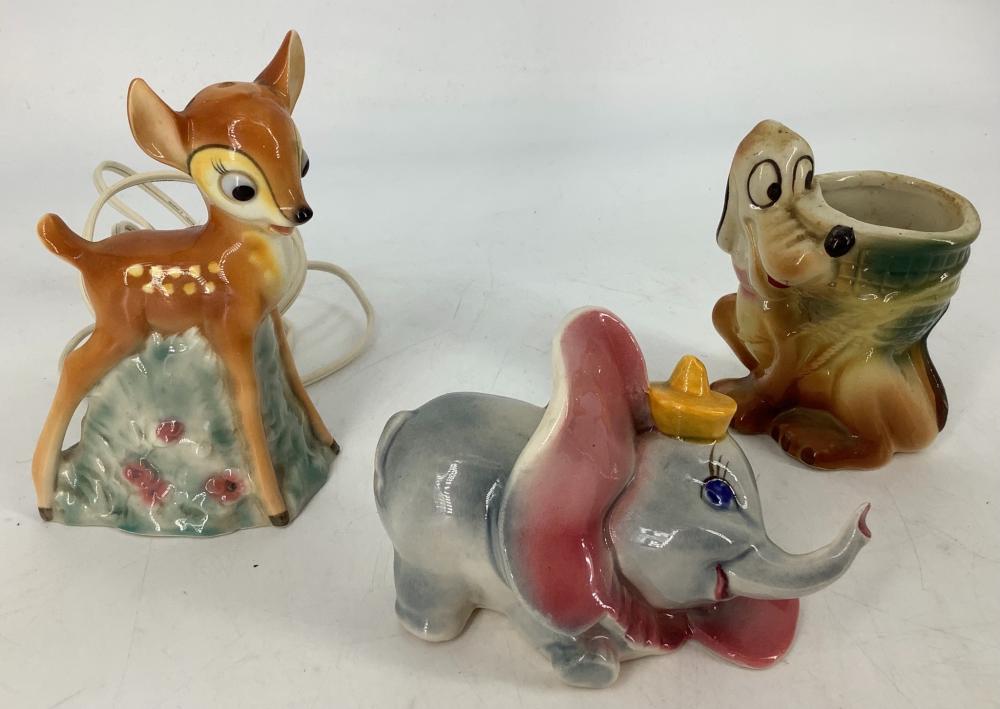 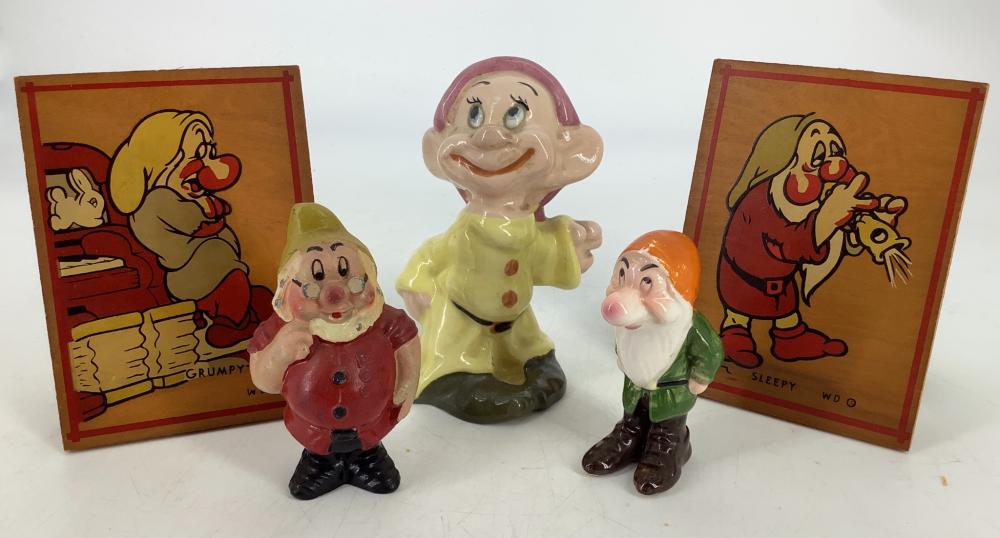