There have been doll clothes for as long as there have been dolls. Dolls are usually dressed in clothing that represents the era in which they were made. The exceptions are collectors' dolls, which are often dressed in period clothing. Doll clothing includes outerwear, undergarments, stockings, shoes, hats, and accessories such as gloves, purses, baskets, doll jewelry, and other items.

Dolls that were buried in the graves of ancient Roman children are the first documented example of doll clothes. These dolls were dressed in the Roman fashions of the time. Doll clothes were hand made until the industrial era, when doll makers began dressing their dolls for sale. These clothes were machine stitched in factories as early as 1850, and sewing machines were common in factories by the 1870s. Hemming was still done by hand, so doll clothes produced after 1870 have a combination of machine stitching and hand stitching.

Beginning in the Victorian era, every well-dressed doll needed a doll trunk to store all of her things. Doll trunks imitated full-size trunks, and some were made in elaborate styles with intricate designs. Modern-era doll trunks are much simpler in design and are often specific to particular brands of dolls. 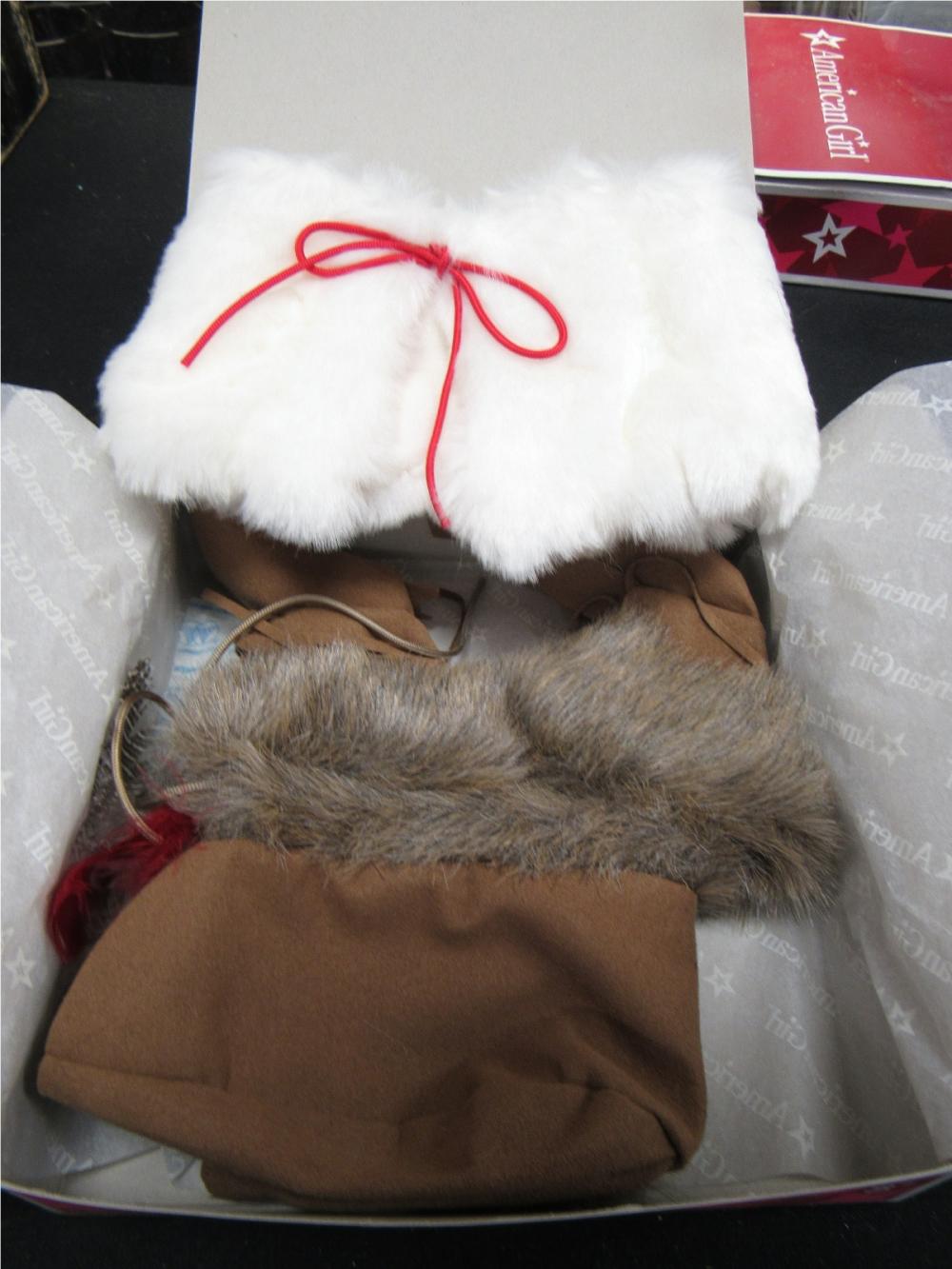 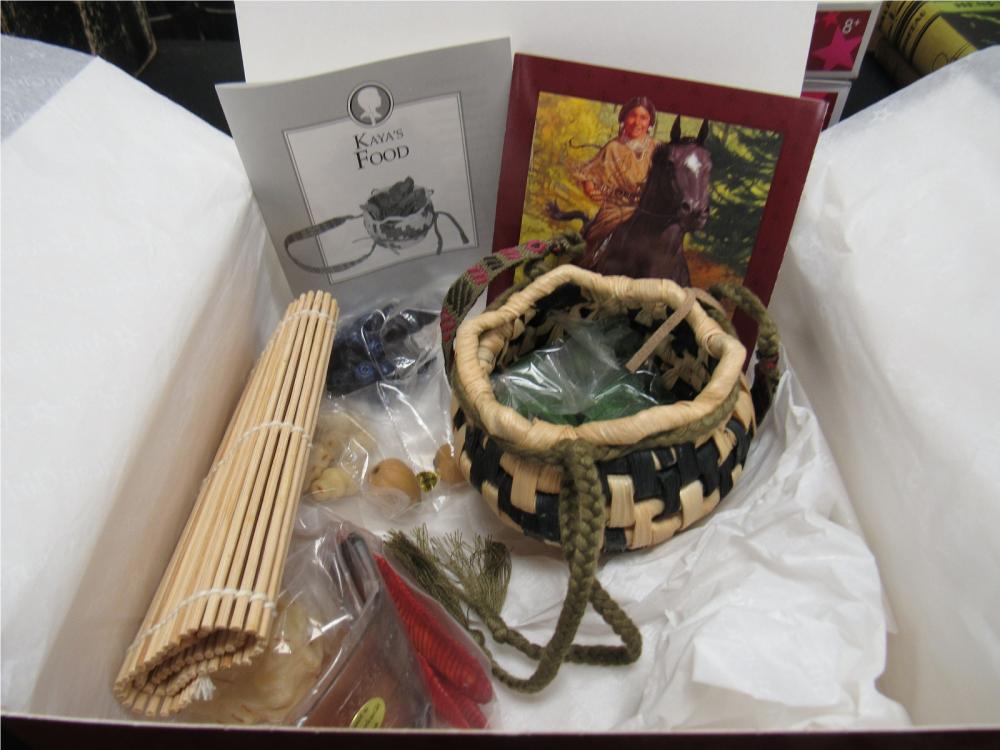 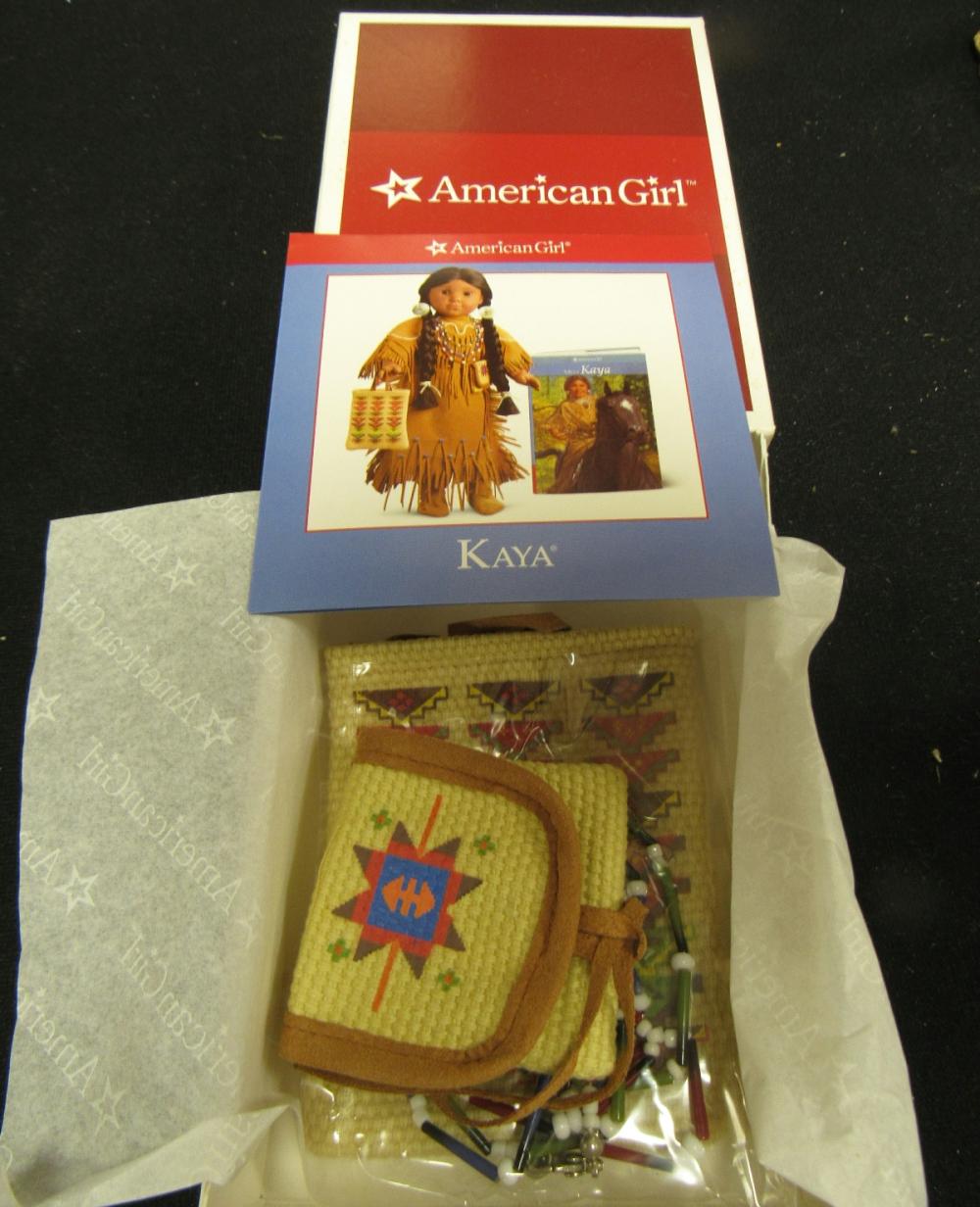 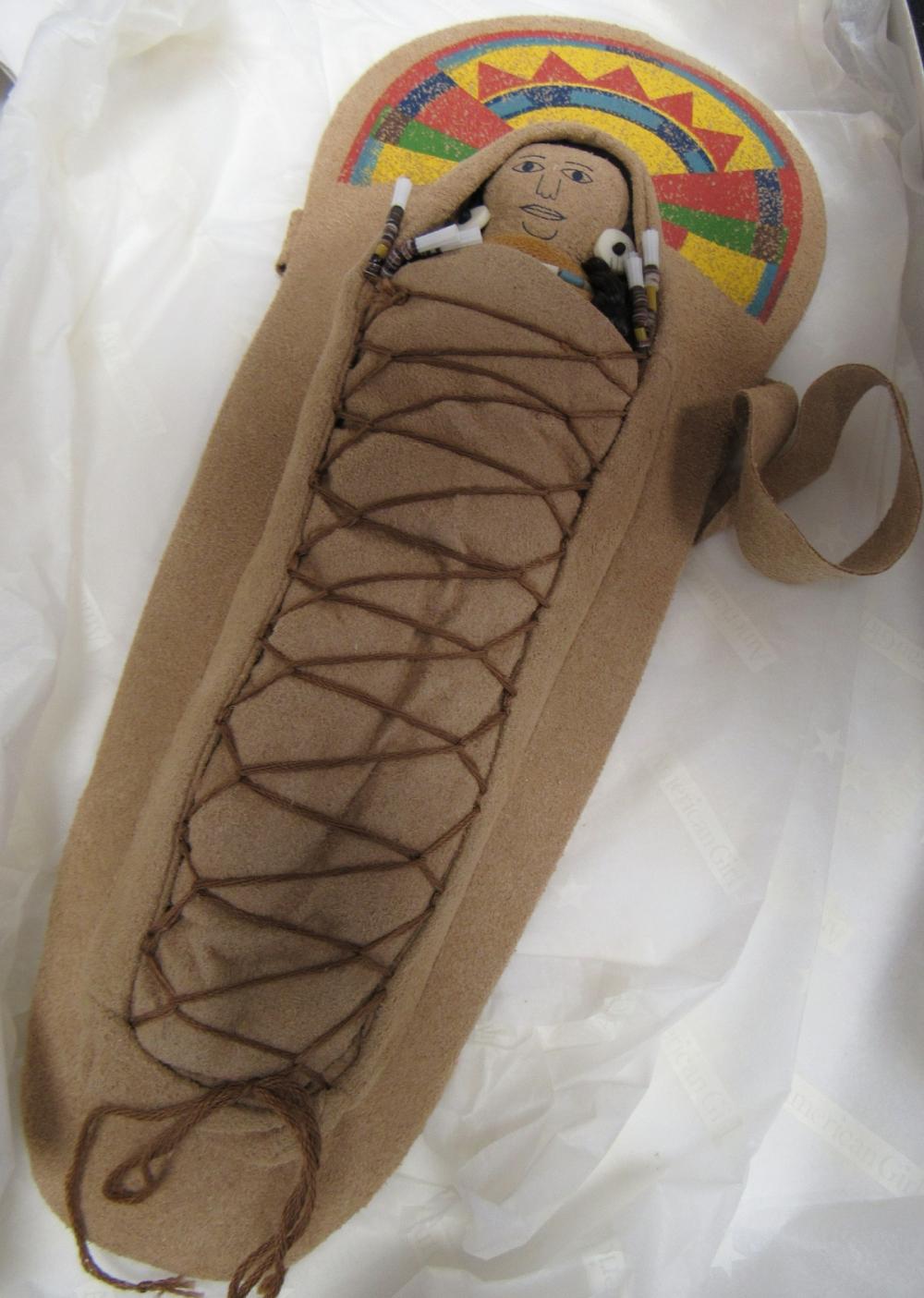 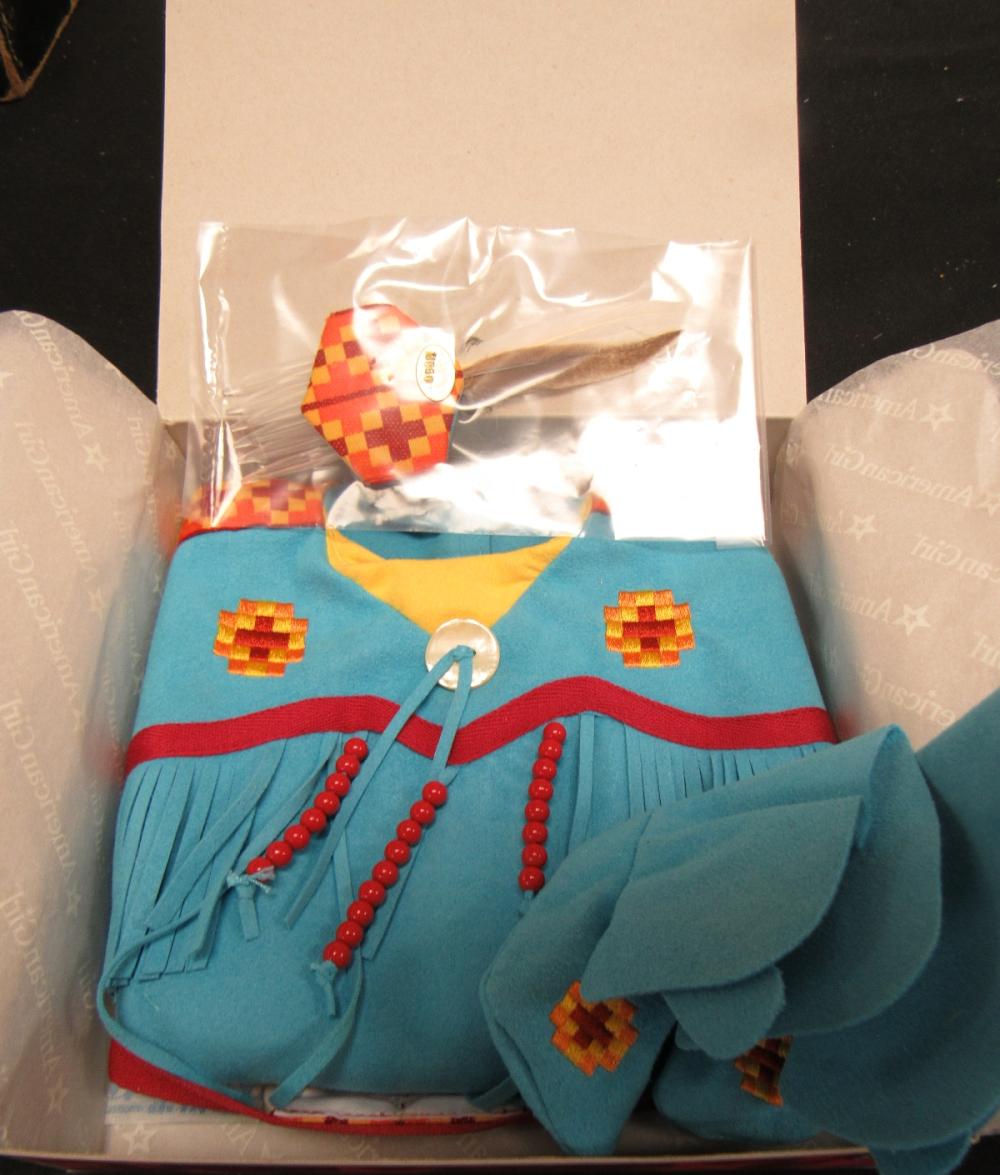 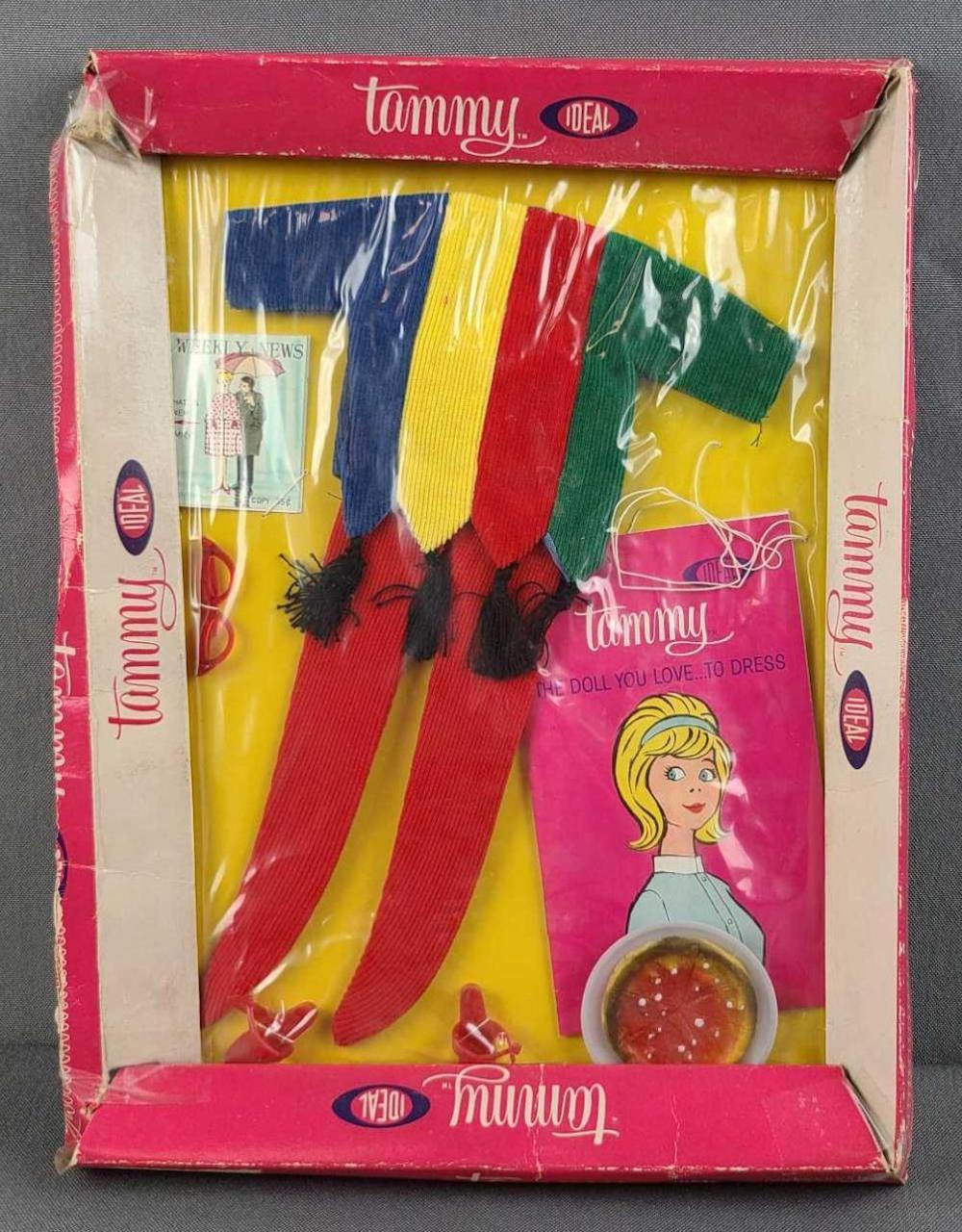 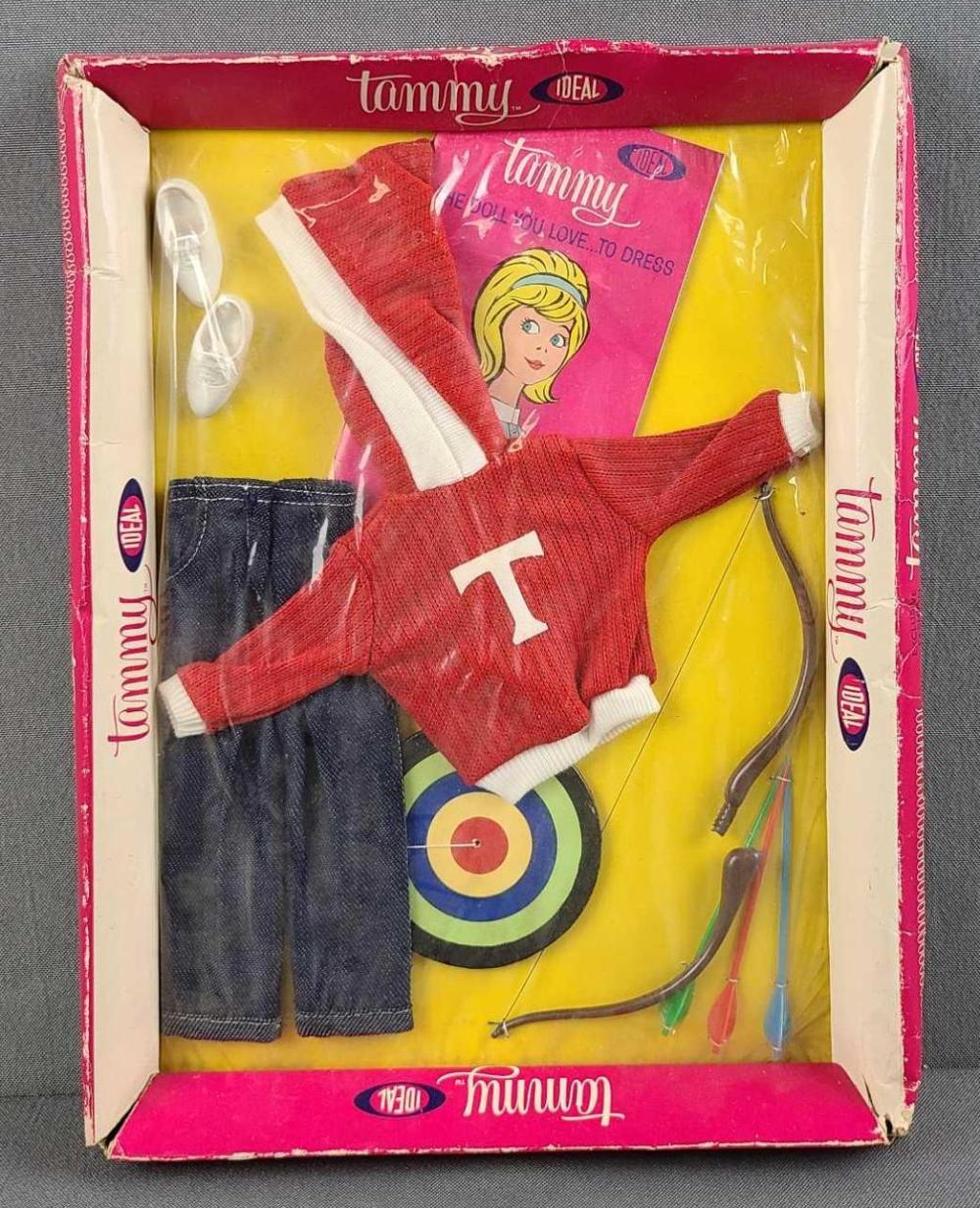 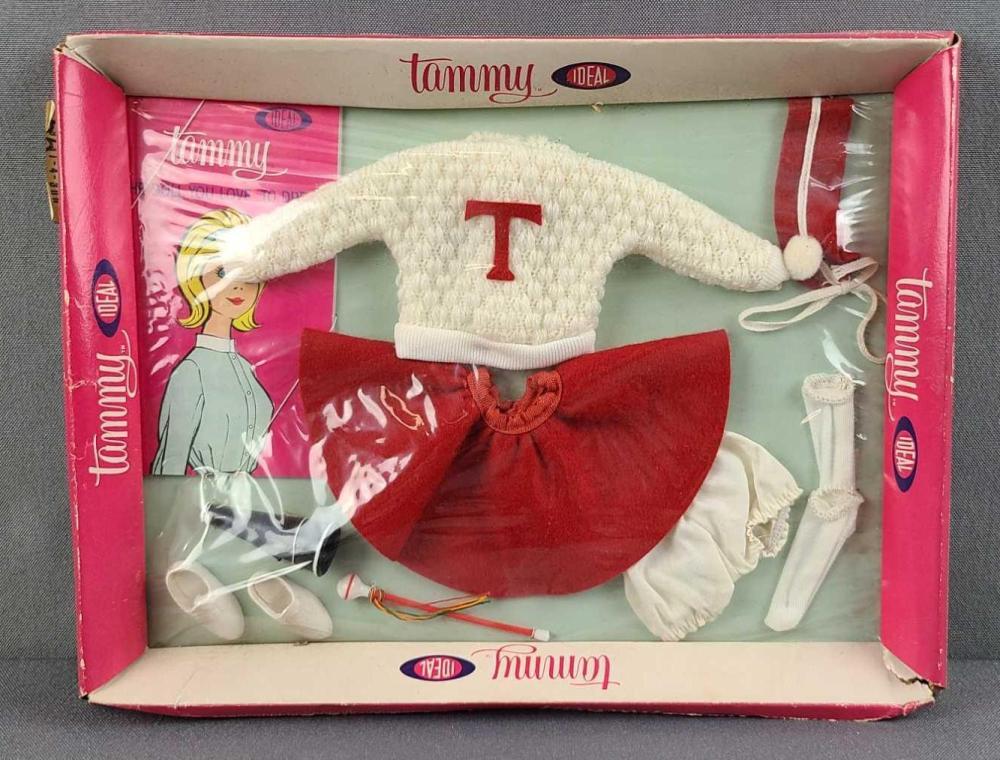 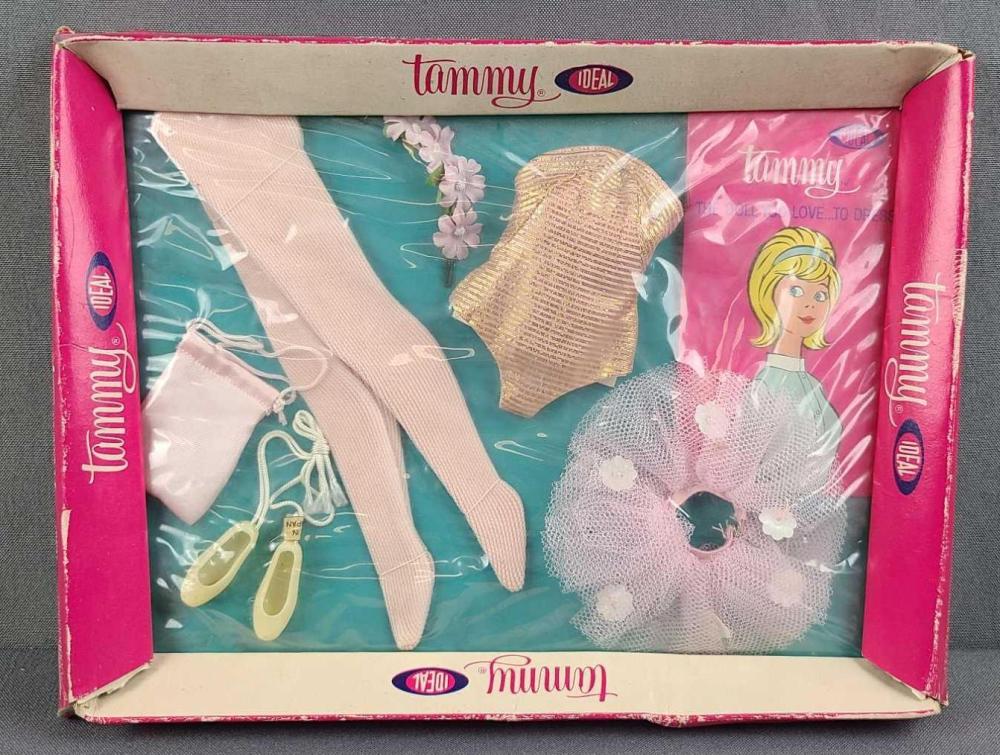 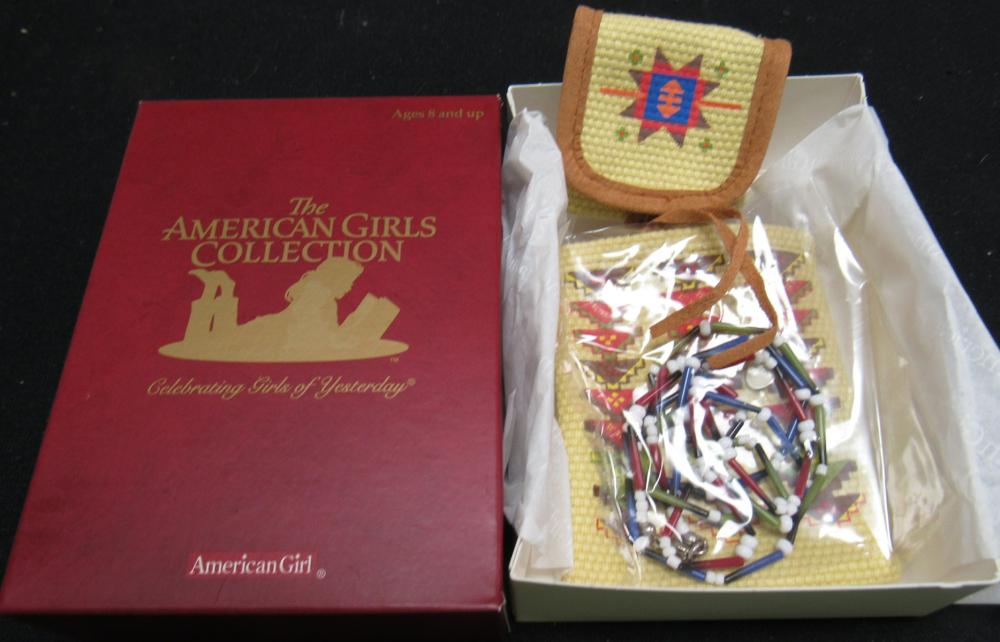 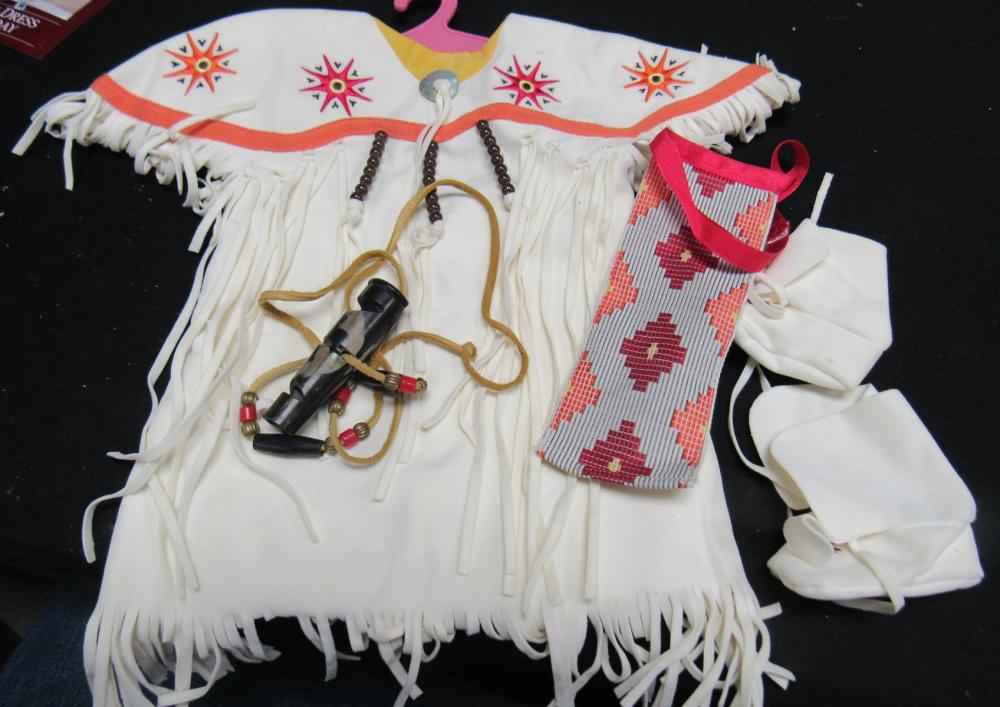 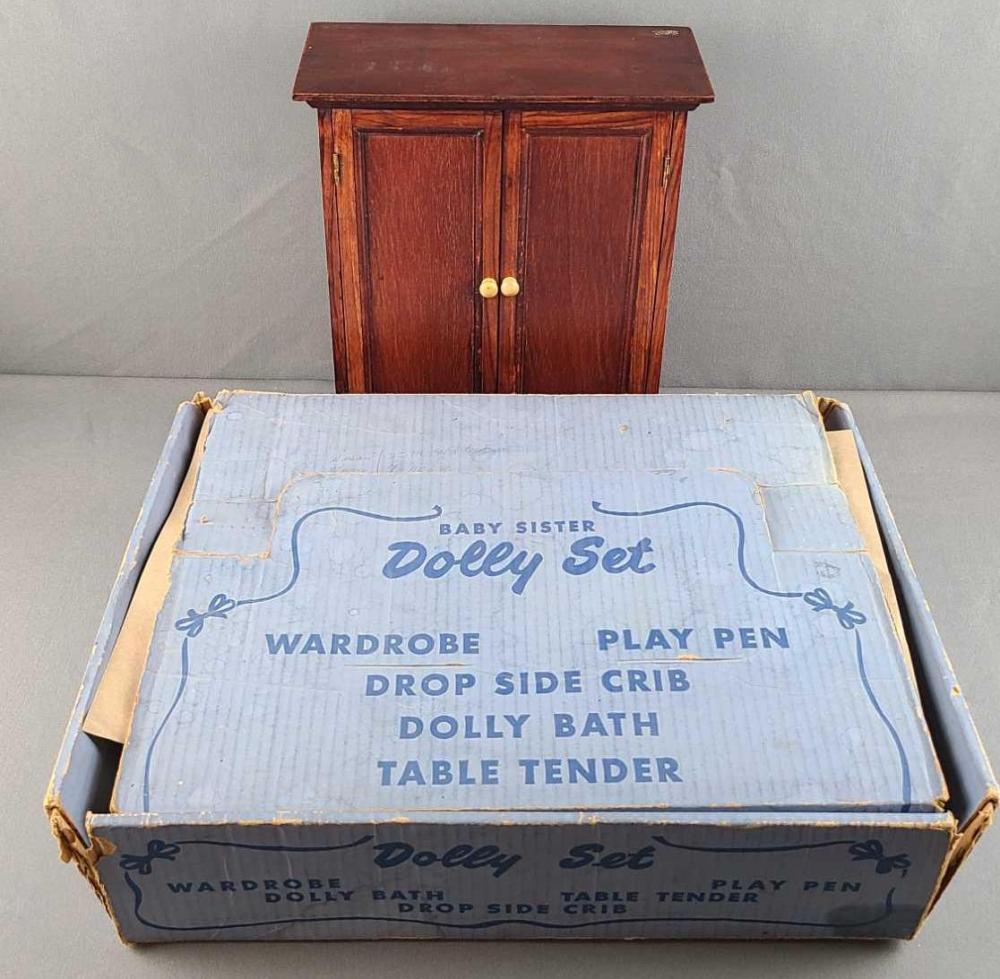 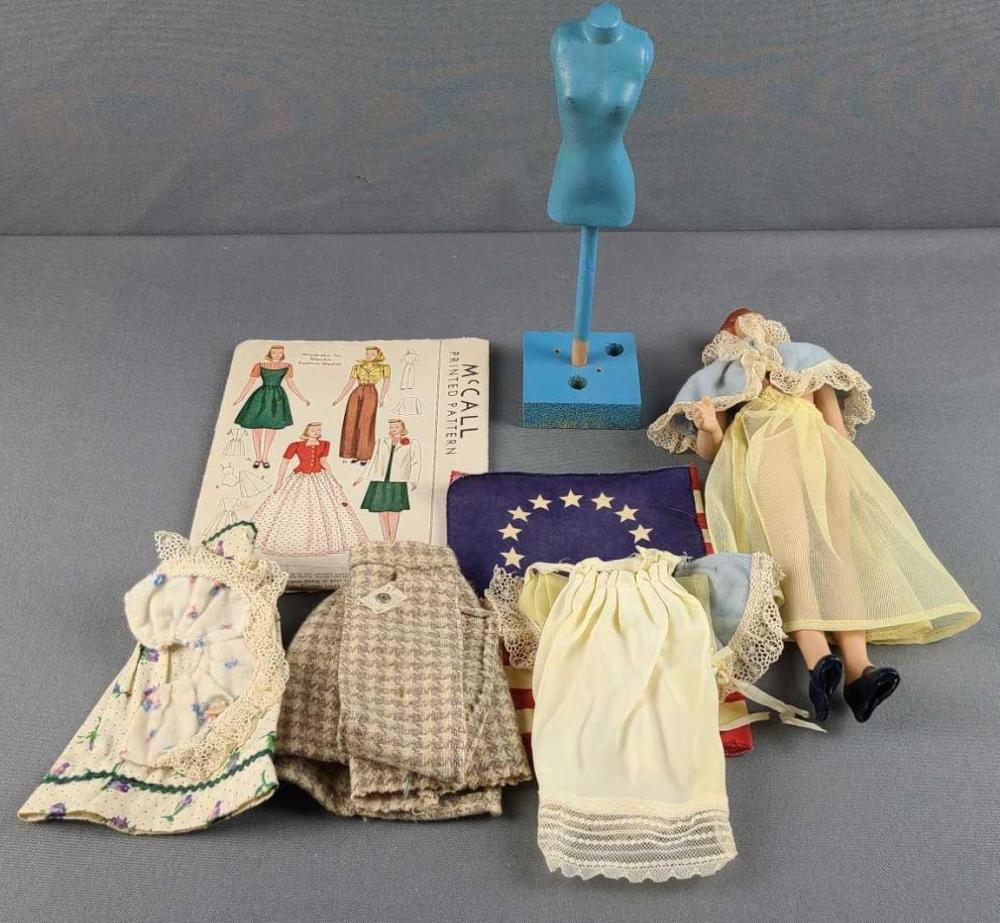 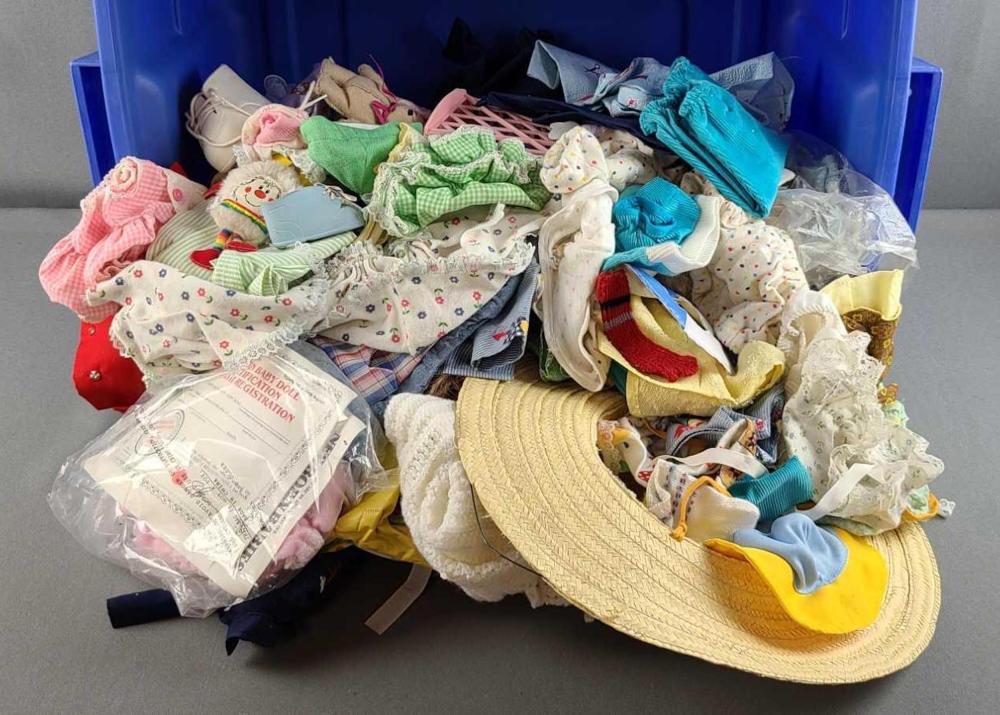 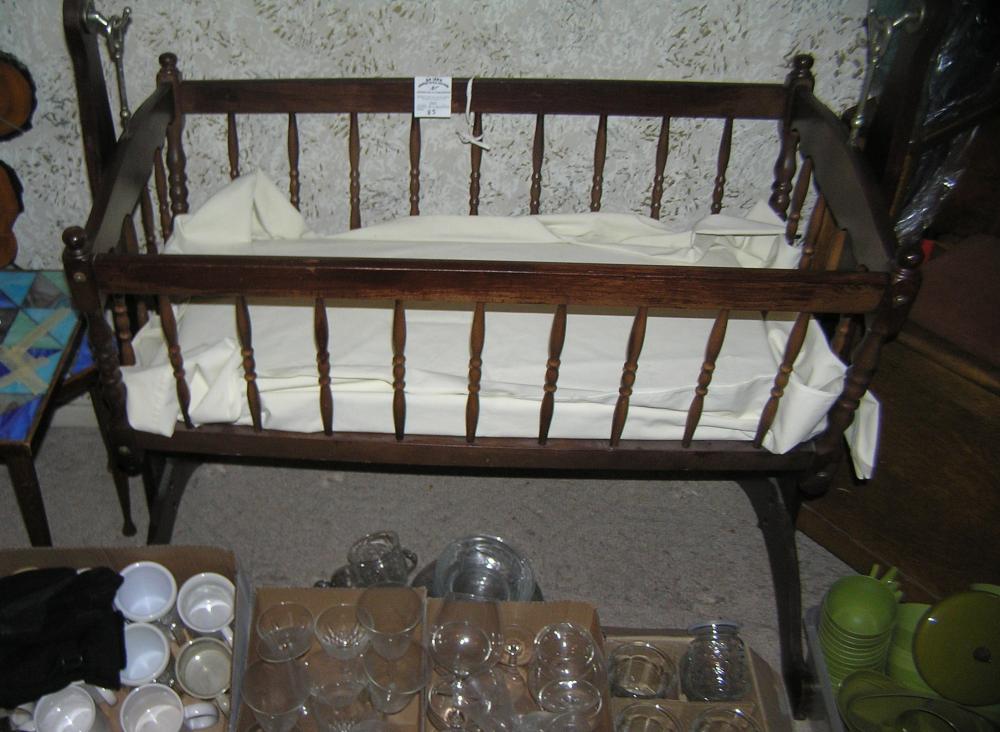 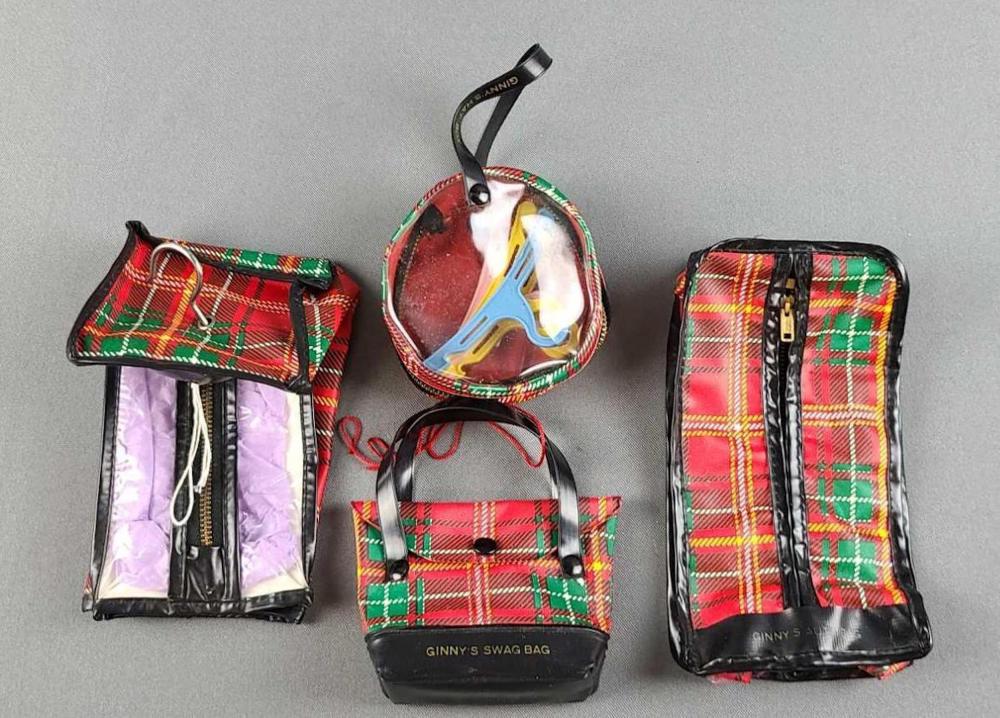 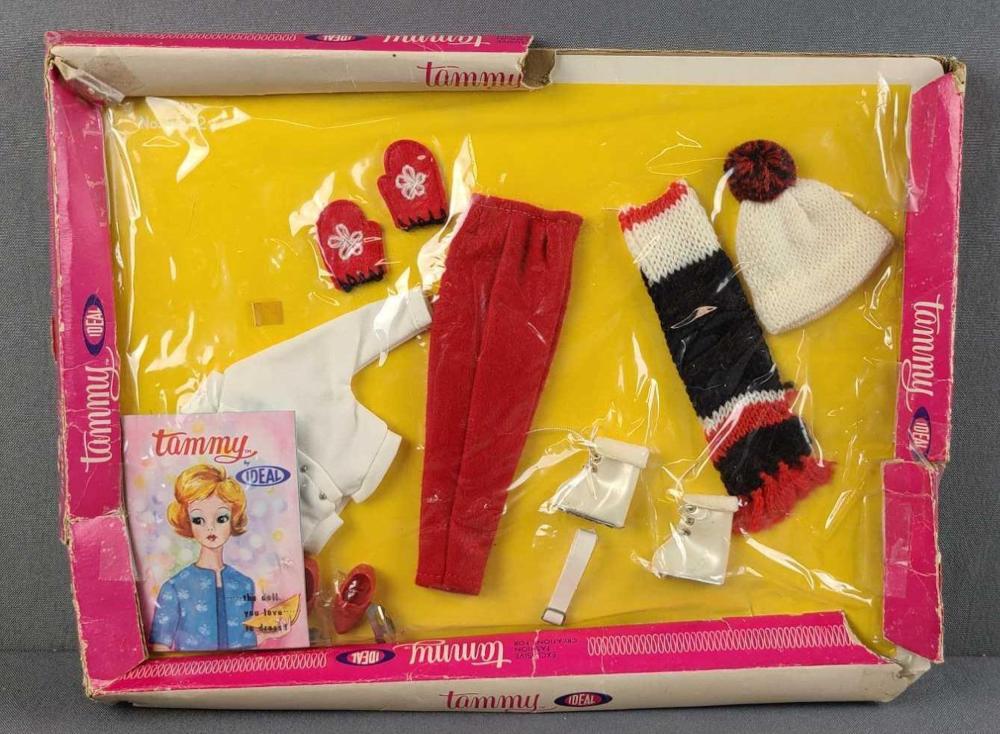 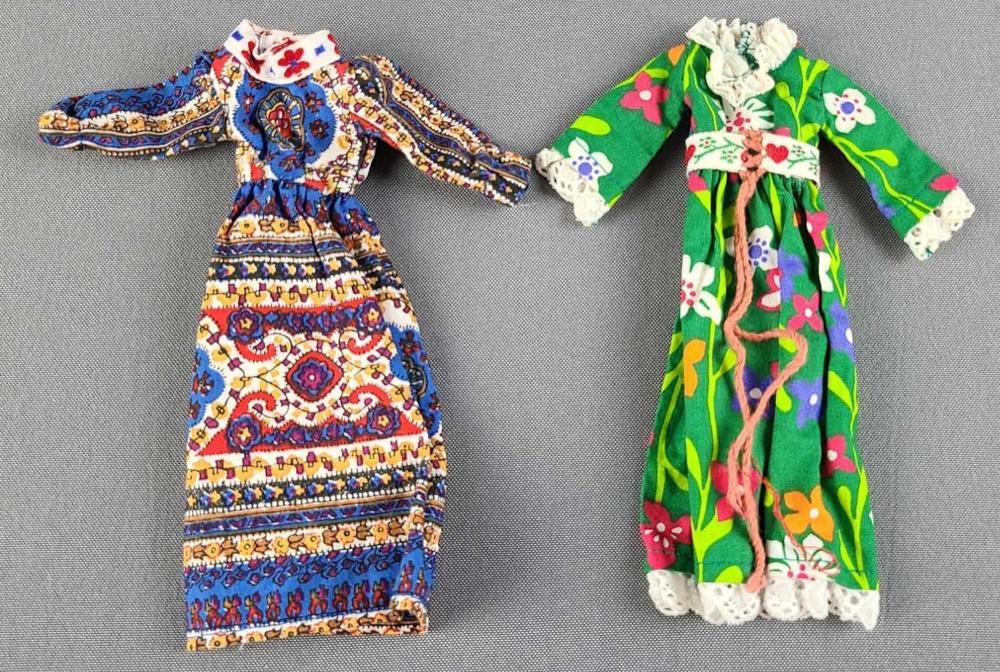 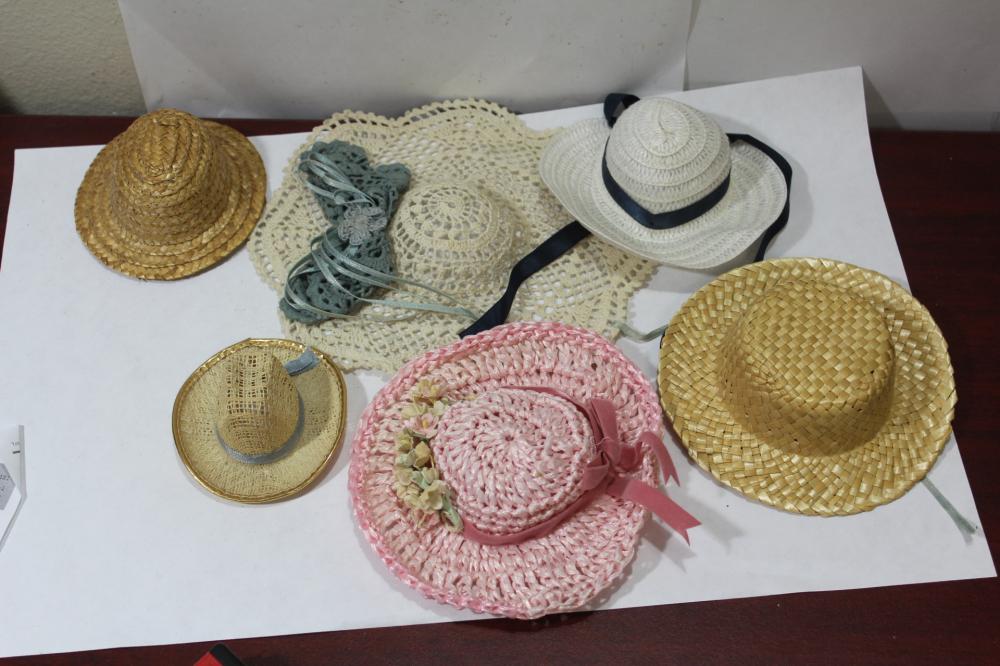 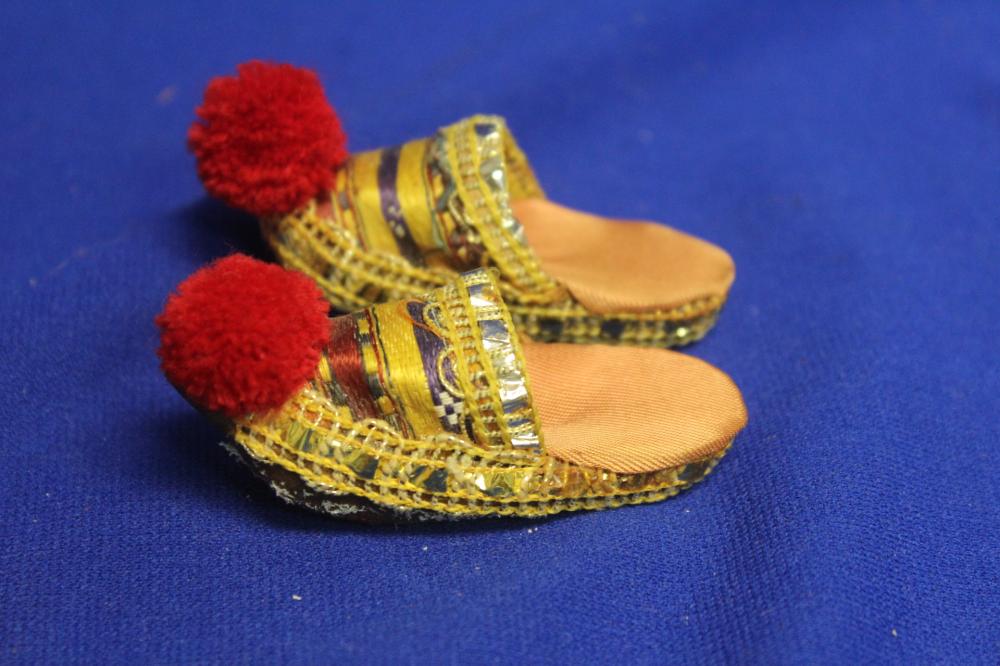 A Miniature Pair of Shoes 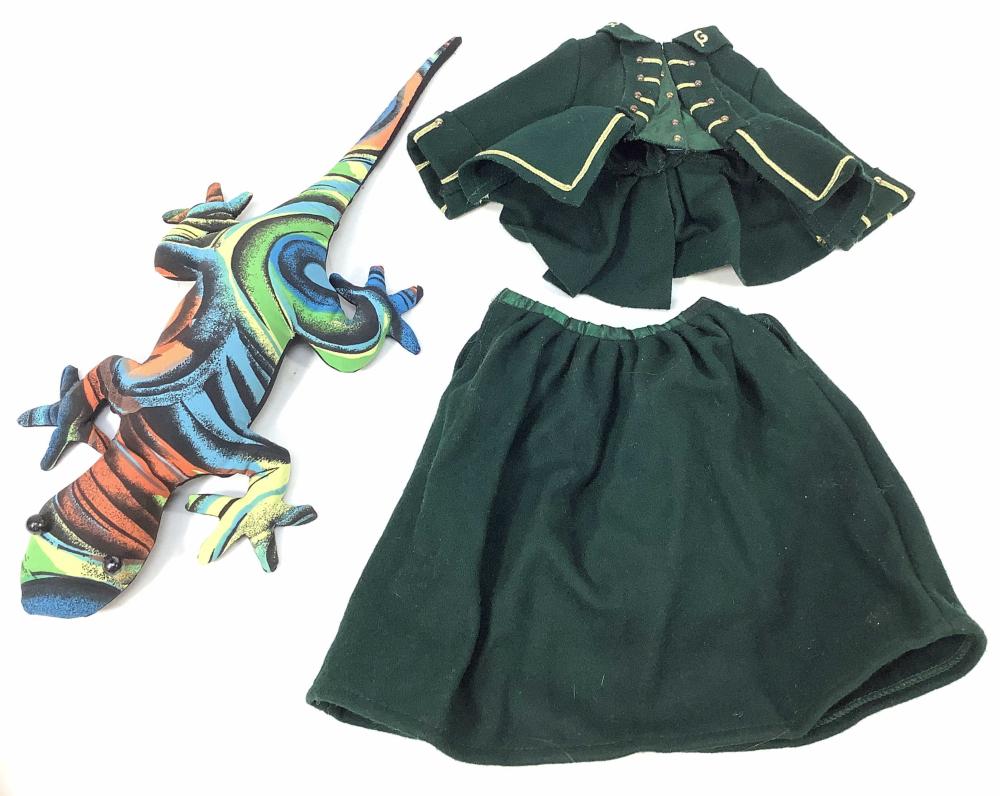 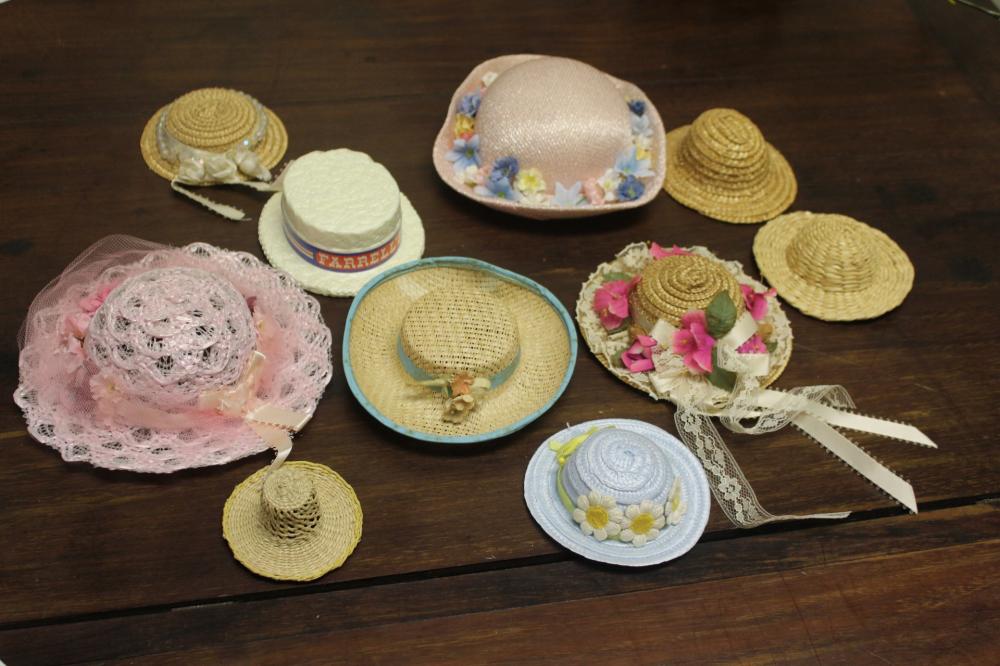 Lot of 10 Doll and Bear Hats 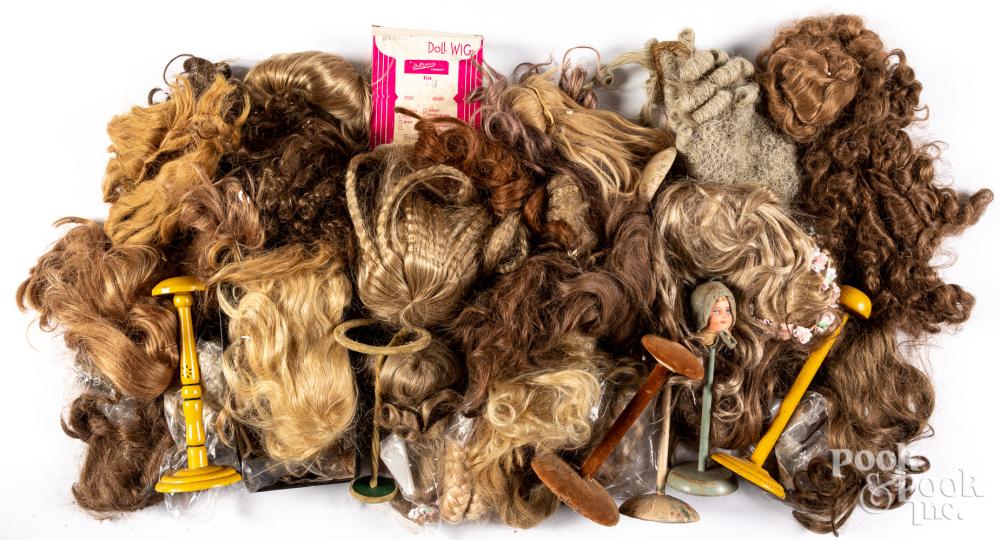 Large group of doll clothes, and a wig stand