Dolls have existed for thousands of years and there is some archaeological evidence that they were the oldest of all toys. Wooden paddle dolls have been found in ancient Egyptian tombs dating from as far back as 2000 B.C., as well as fragments of an alabaster doll with movable arms dating to the Babylonian period. Dolls made from wood, clay, bone, stone, and rags were buried in the graves of ancient Greek and Roman girls, while dolls from households with more money were made of ivory or wax.

Dolls dating back to 600 B.B. were given movable arms and removable clothes to make them more lifelike. After ancient times, Europe became the center of doll production. Until the 1800s, most of these dolls were made of wood and carved to represent adult people. Wax dolls were also produced in the 17th and 18th centuries in Germany and England. In the 1800s, doll makers began molding mixtures of pulp wood and paper under high pressure to form doll heads and limbs. These mixtures were called composition and they allowed doll makers to mass produce durable dolls. The 1800s also saw the introduction of porcelain dolls including china head and bisque dolls.

In the later 1800s, doll makers began to manufacture dolls using celluloid, an early form of plastic. This material was used until the '50s. After World War II, more durable forms of plastic became available, and doll makers began to use hard plastic to manufacture dolls. Rubber and foam rubber were also used. In the '60s, vinyl was introduced into doll manufacturing, allowing doll makers to root hair into dolls' heads. Most dolls today are mass produced using modern materials, but collectible dolls are made using a variety of traditional methods. 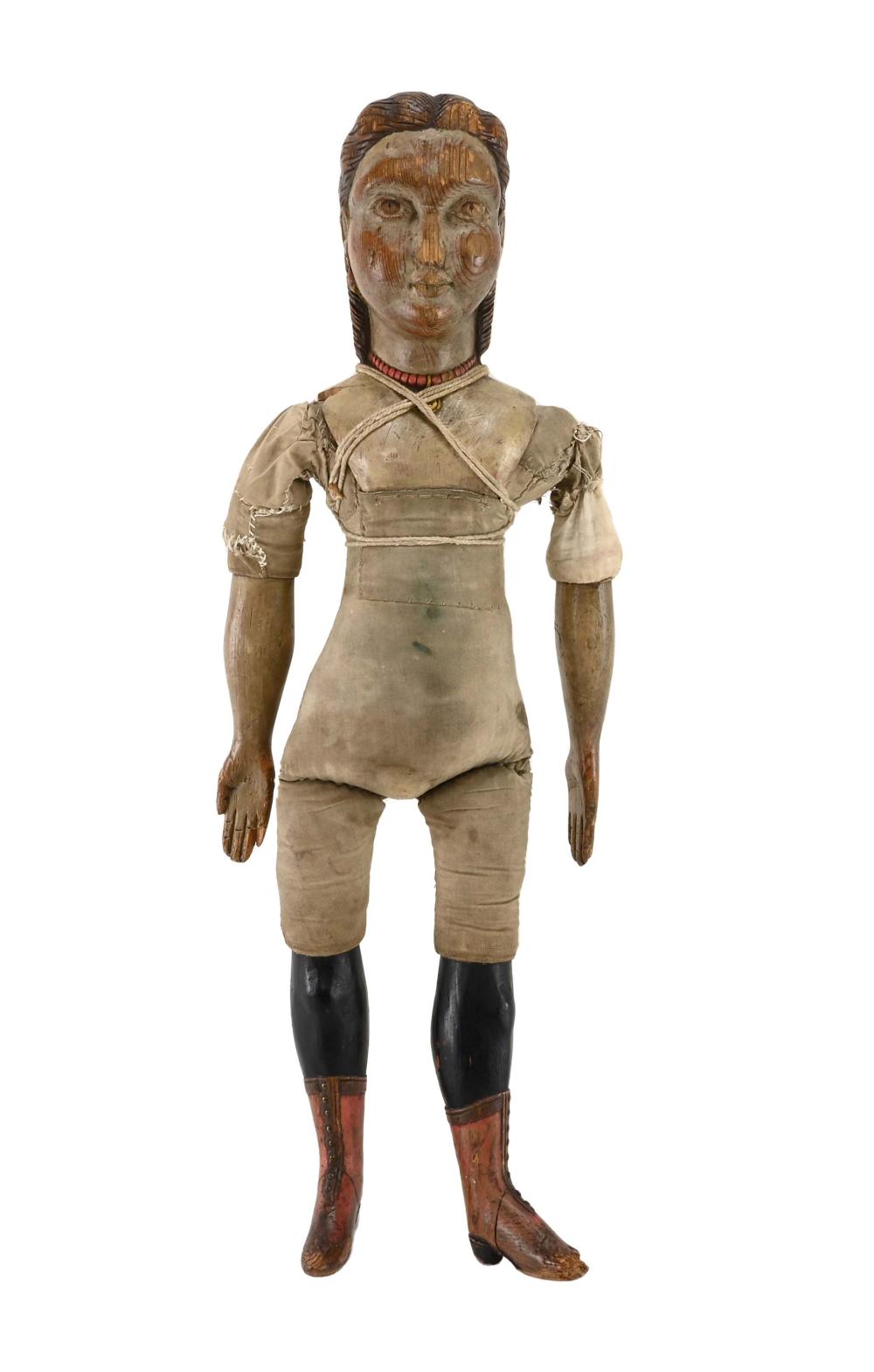 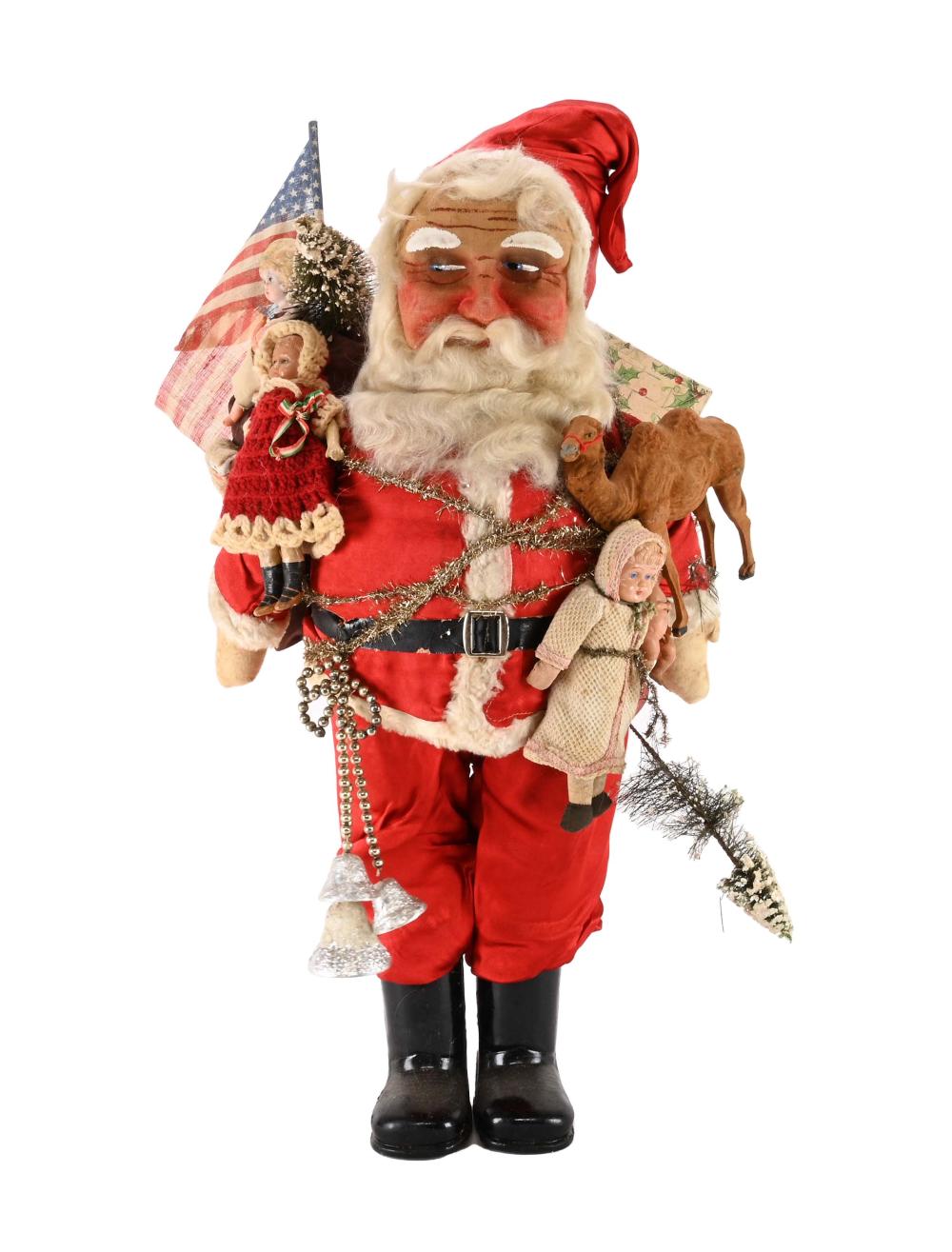 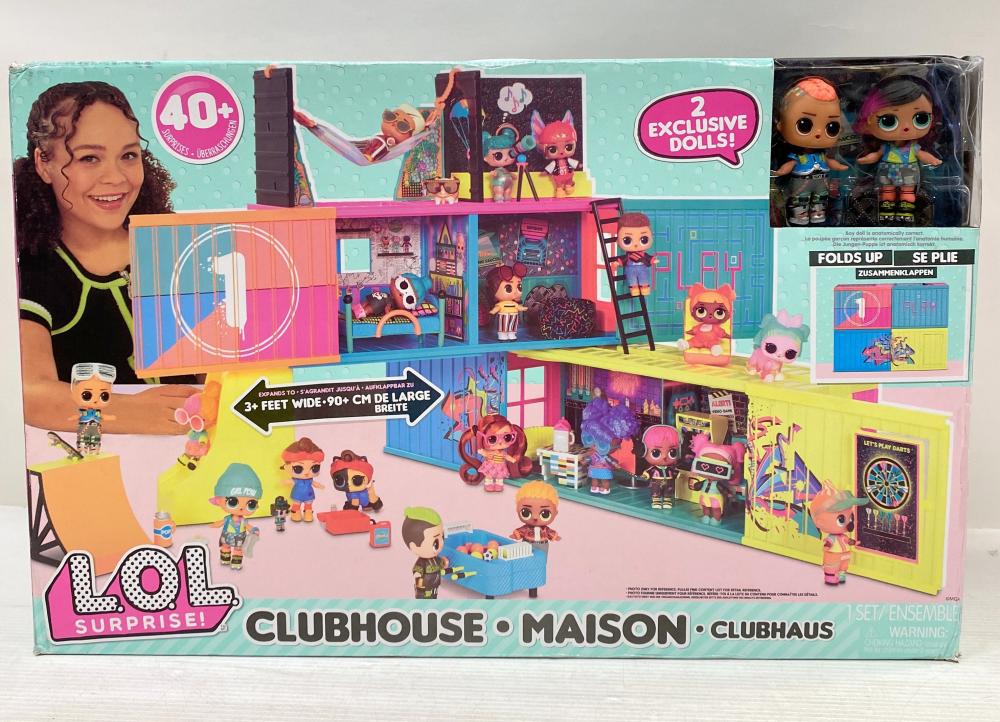 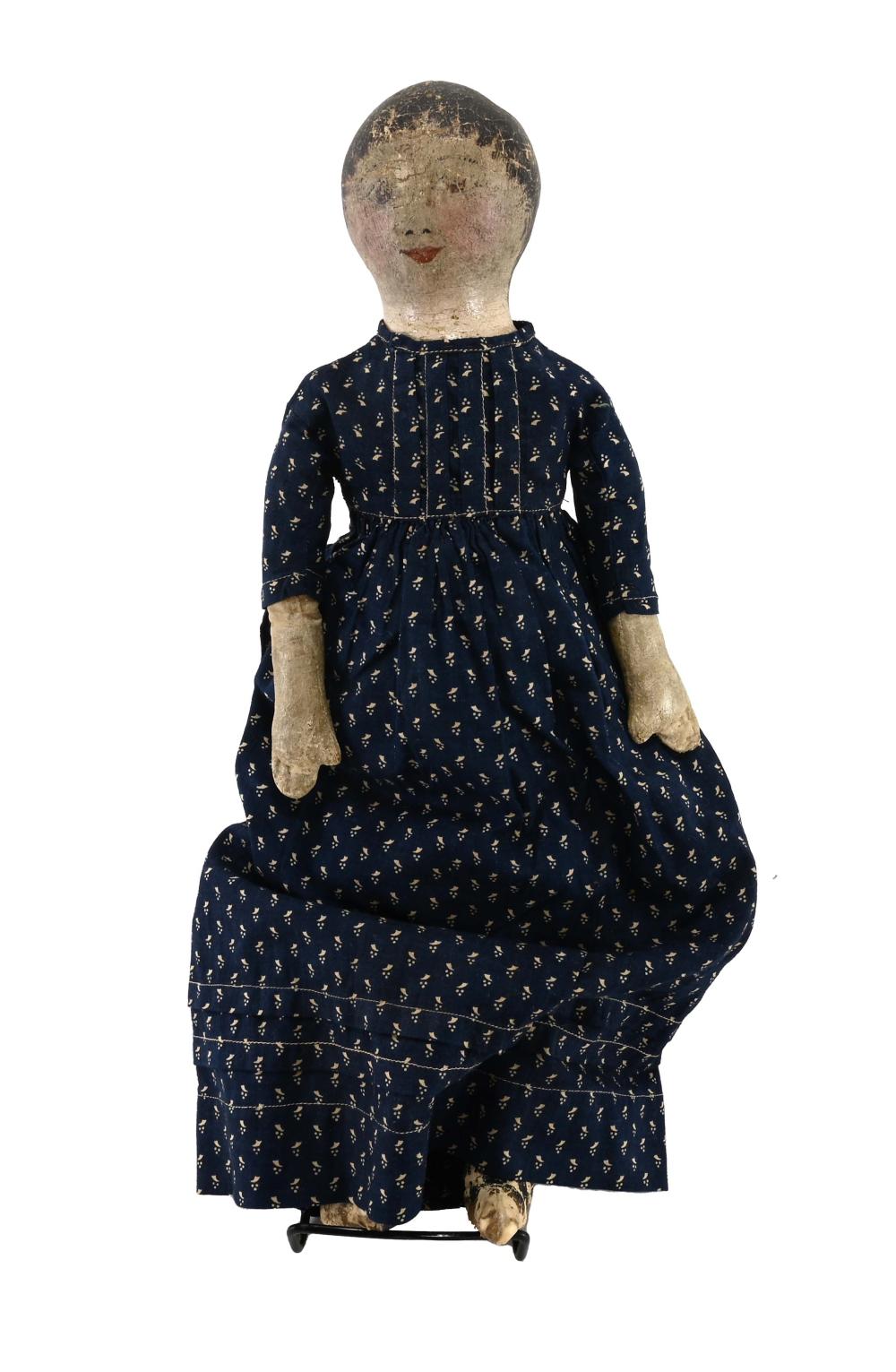 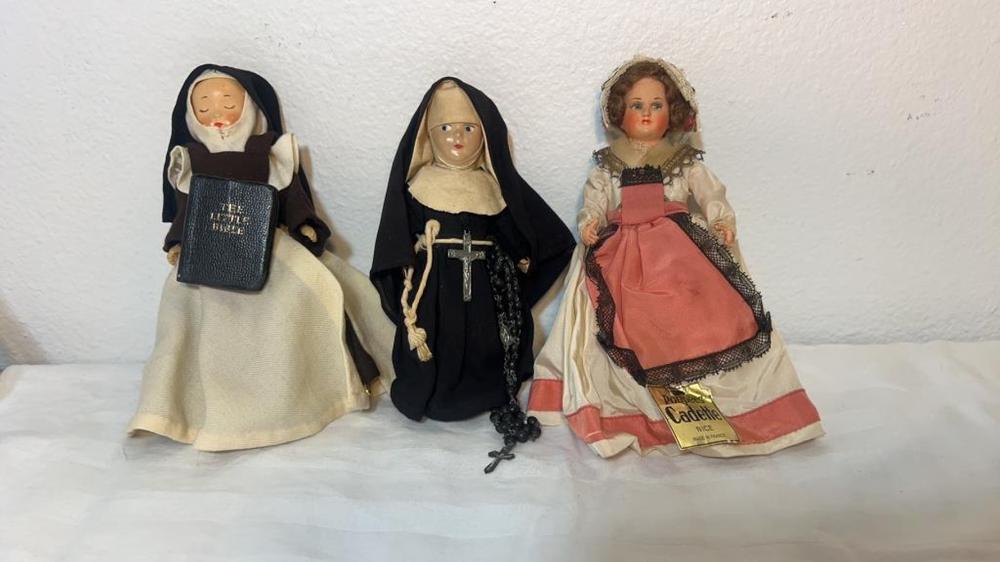 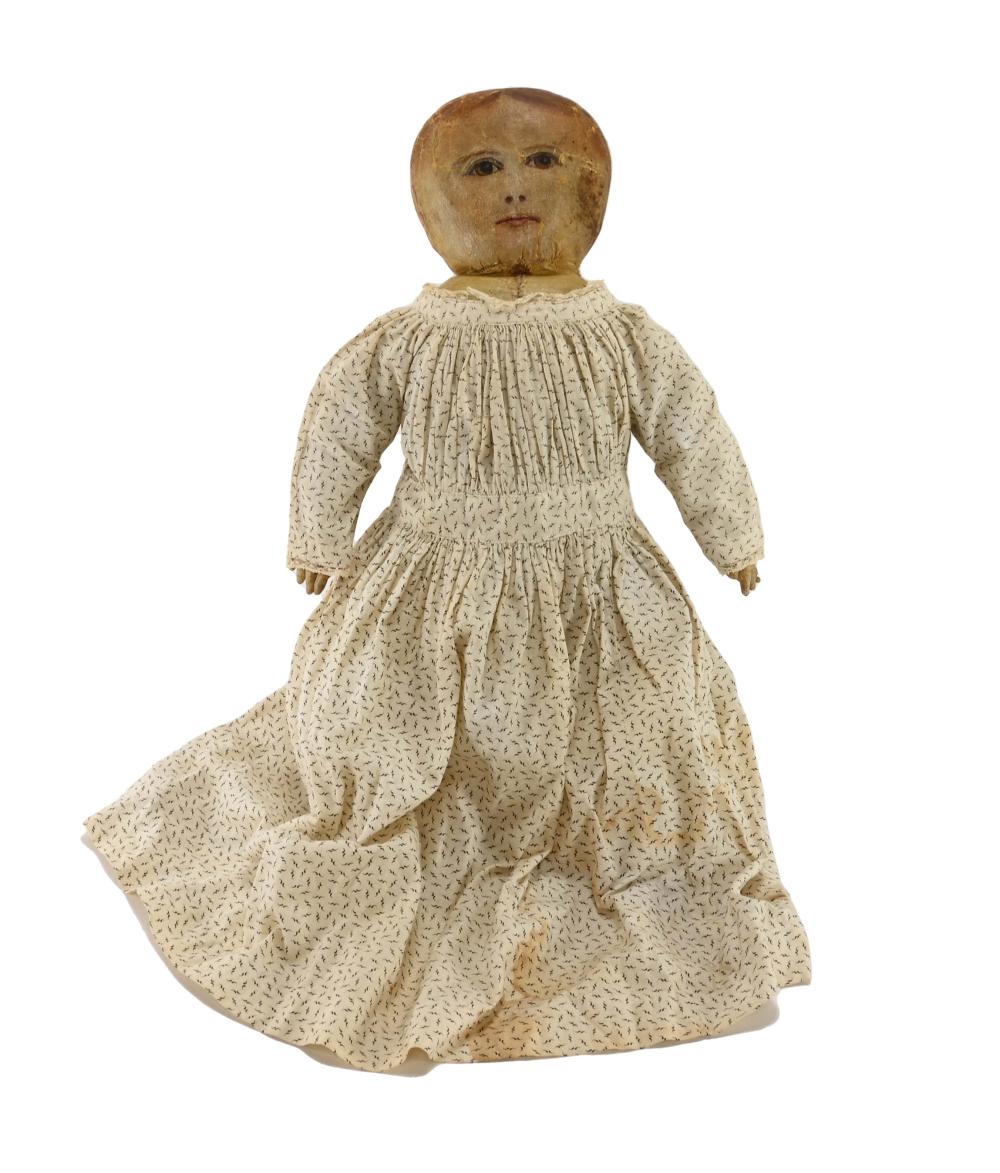 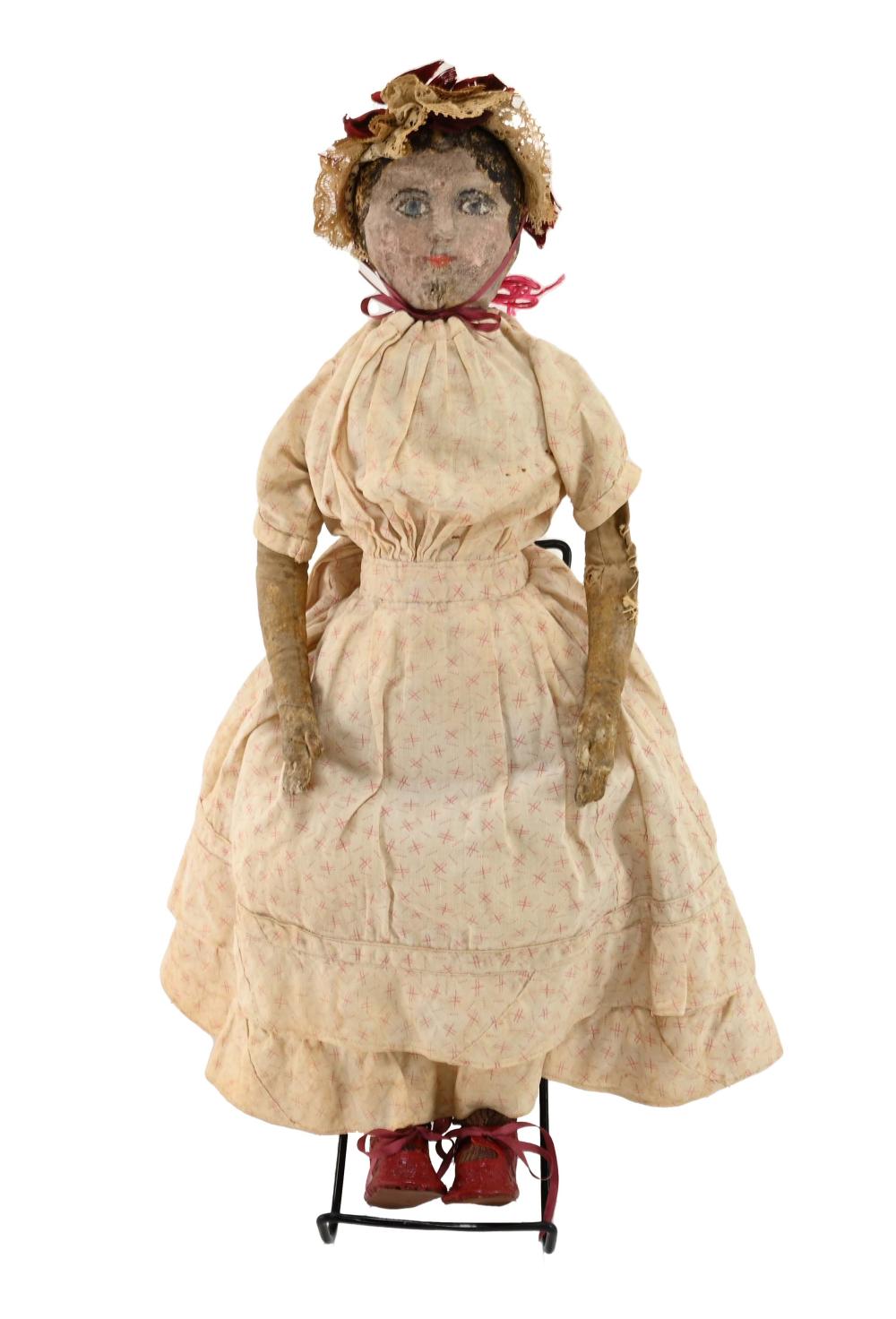 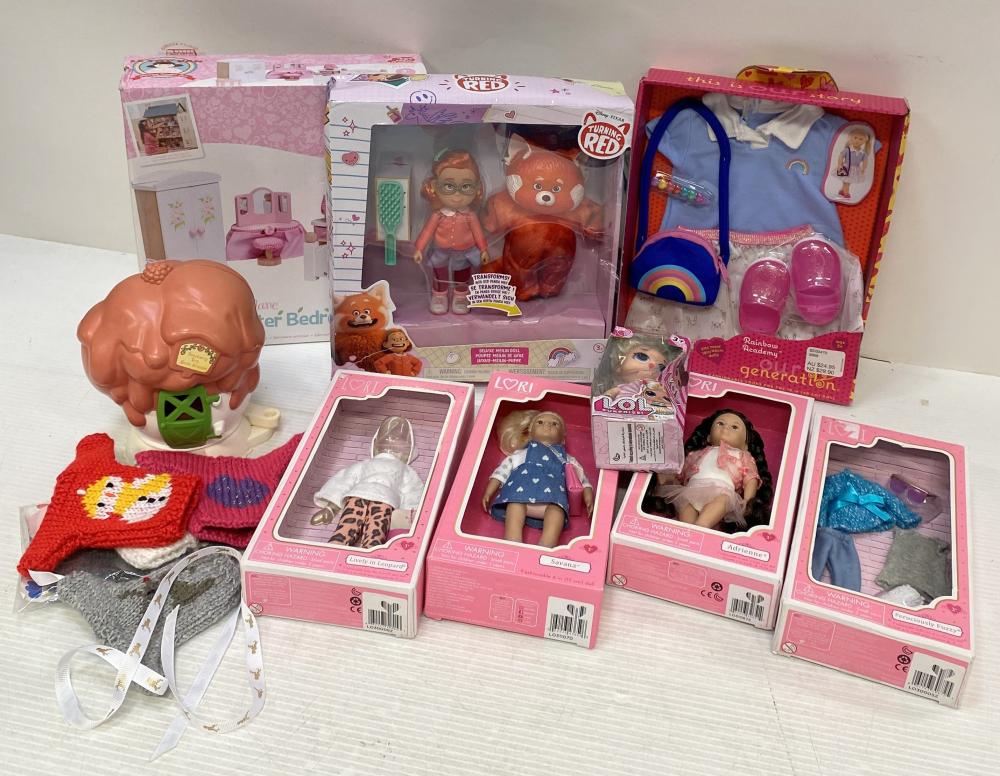 A group of dolls/clothes etc. 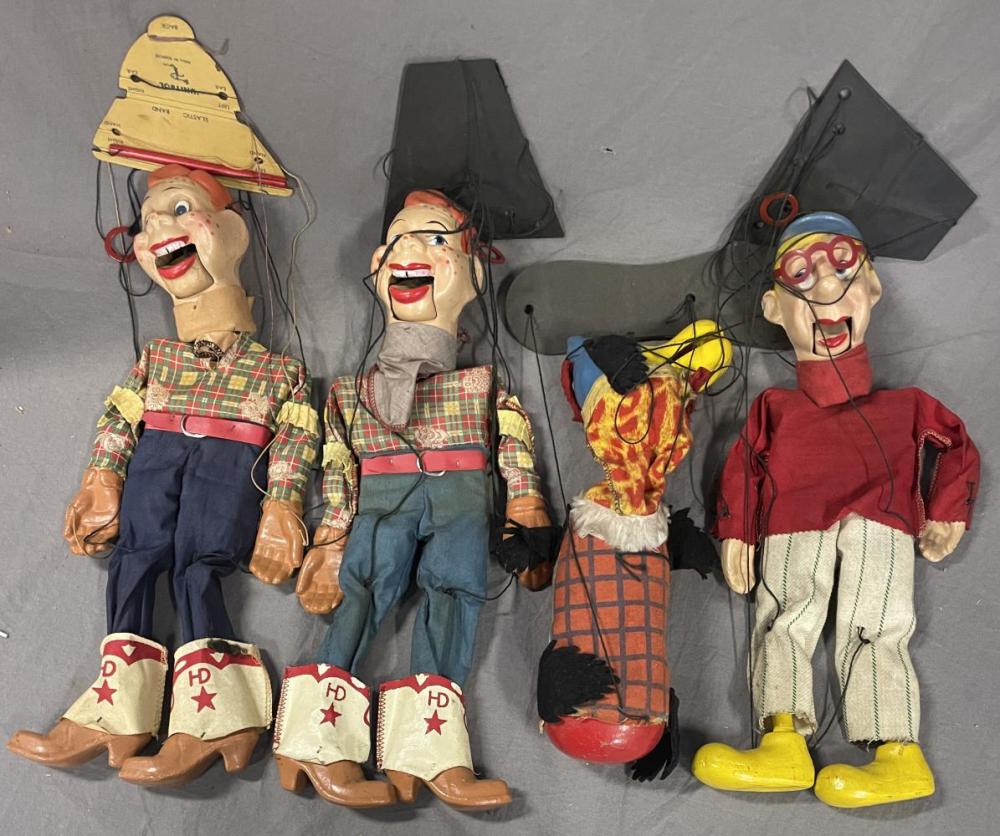 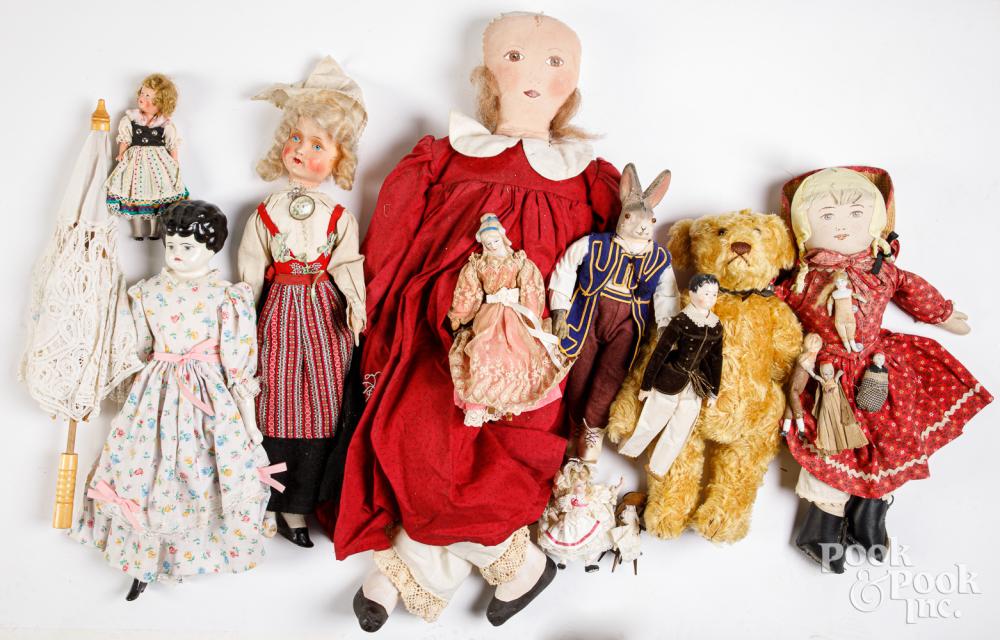 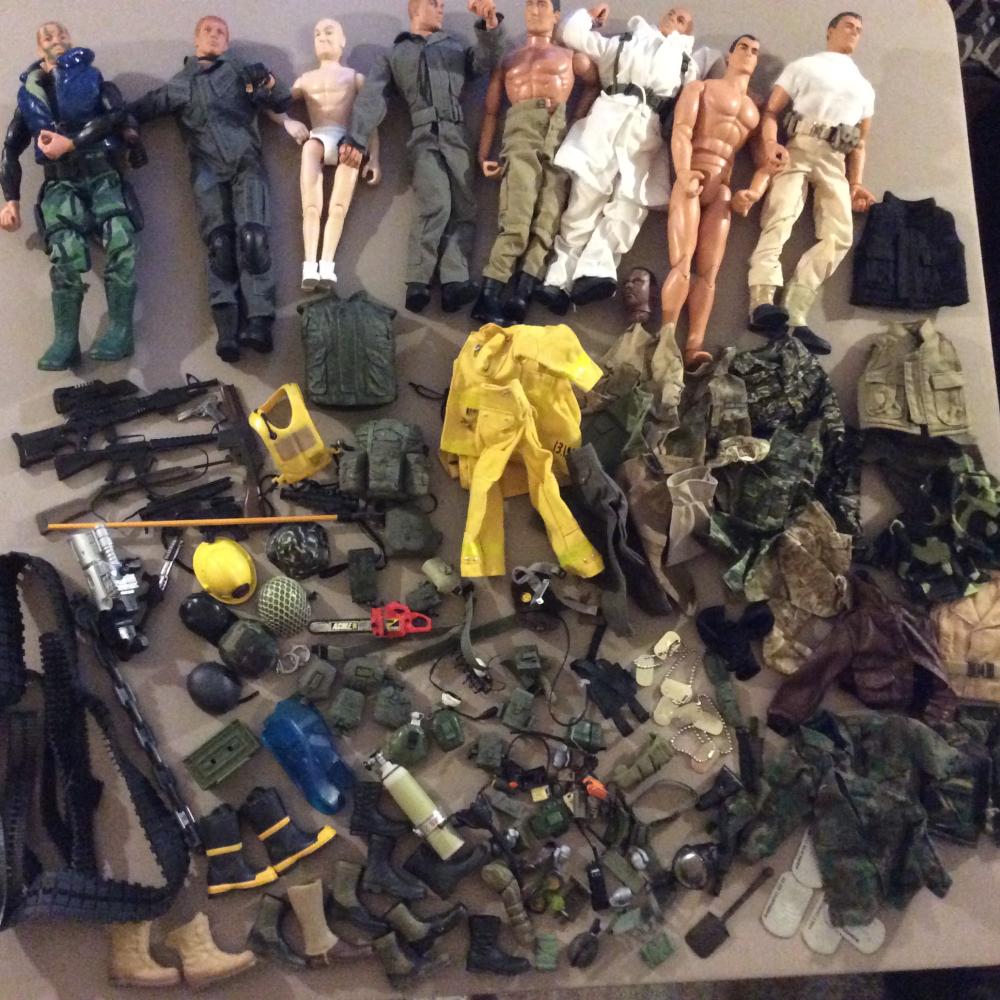 Lot of GI Joe Dolls with Clothing and Accessories 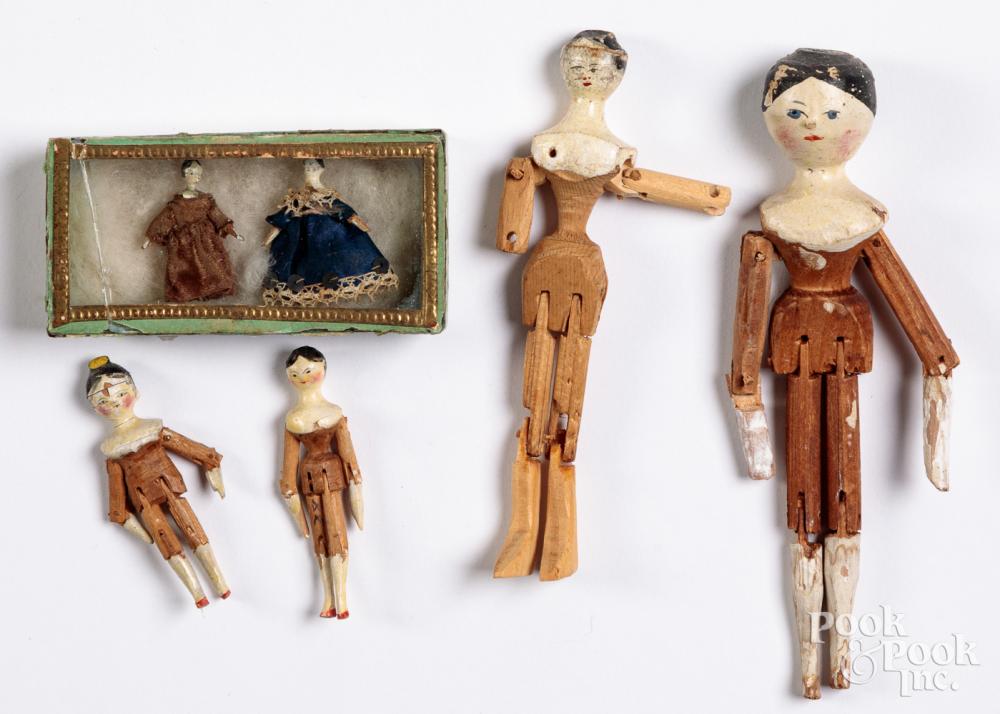 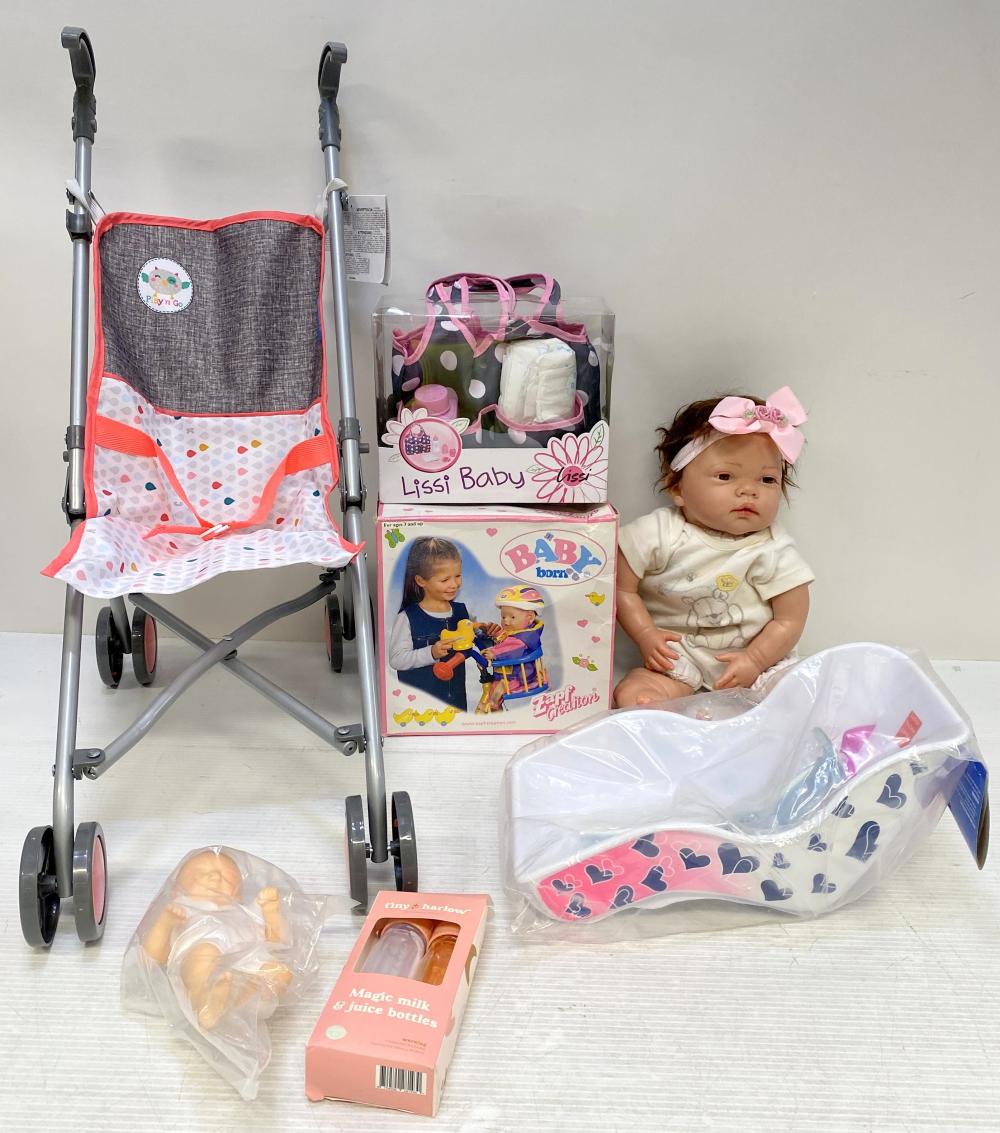 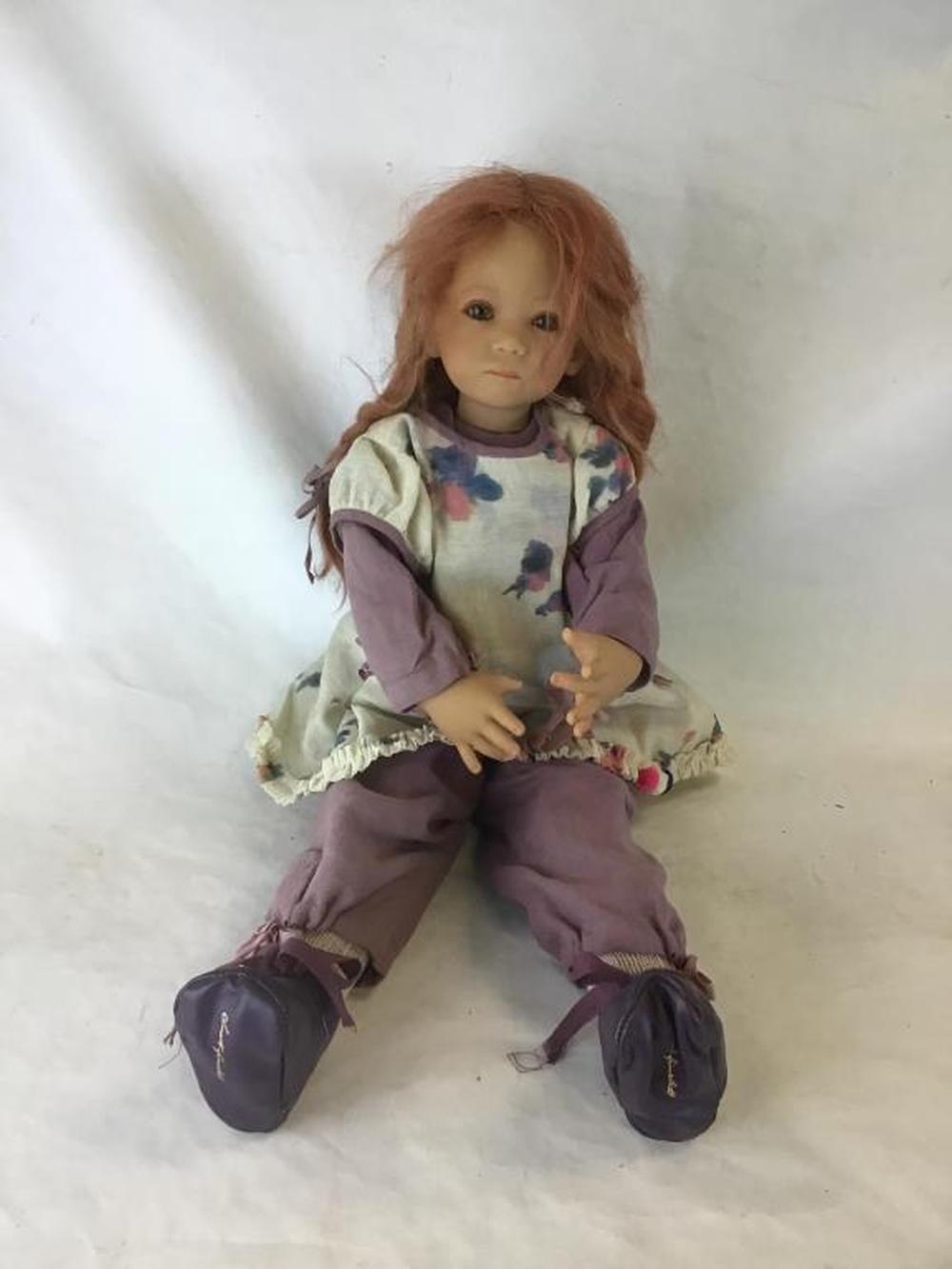 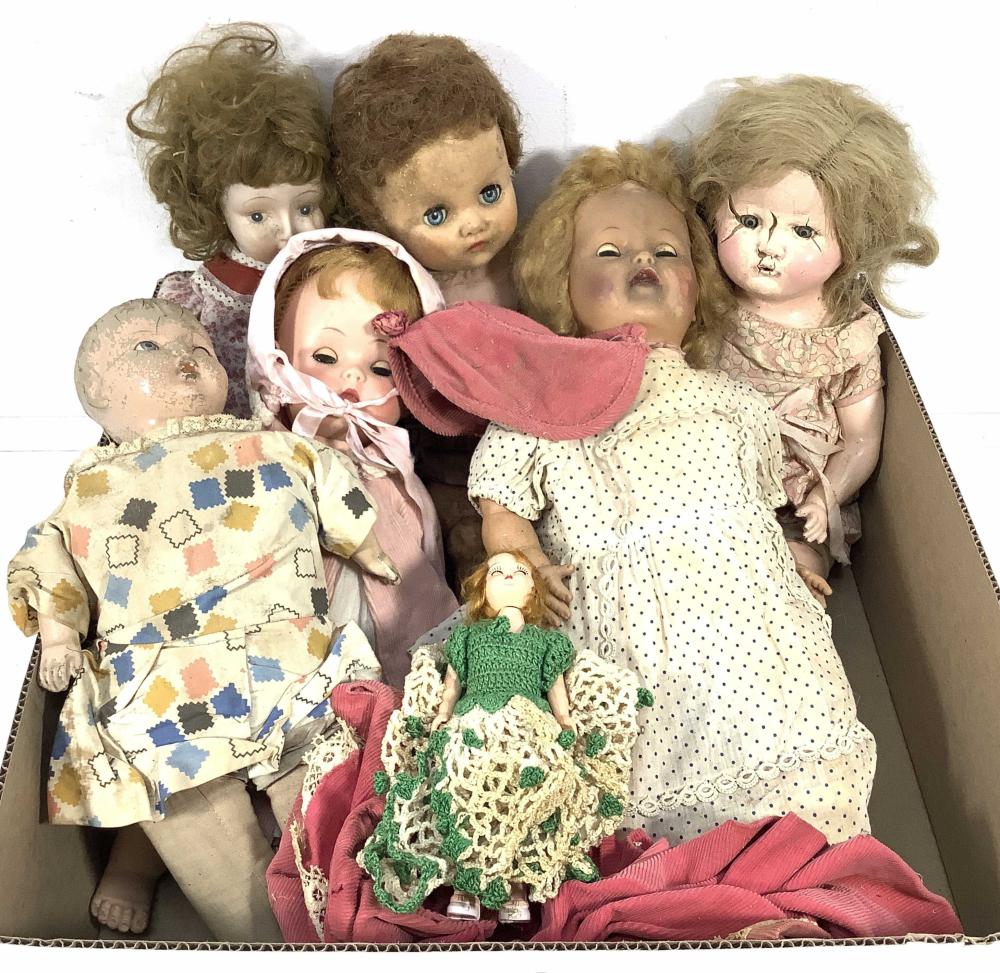 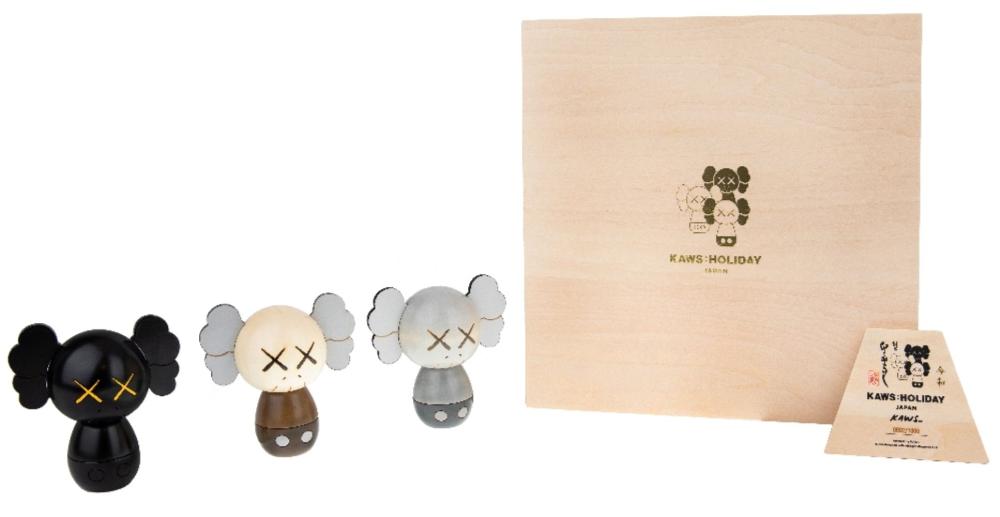 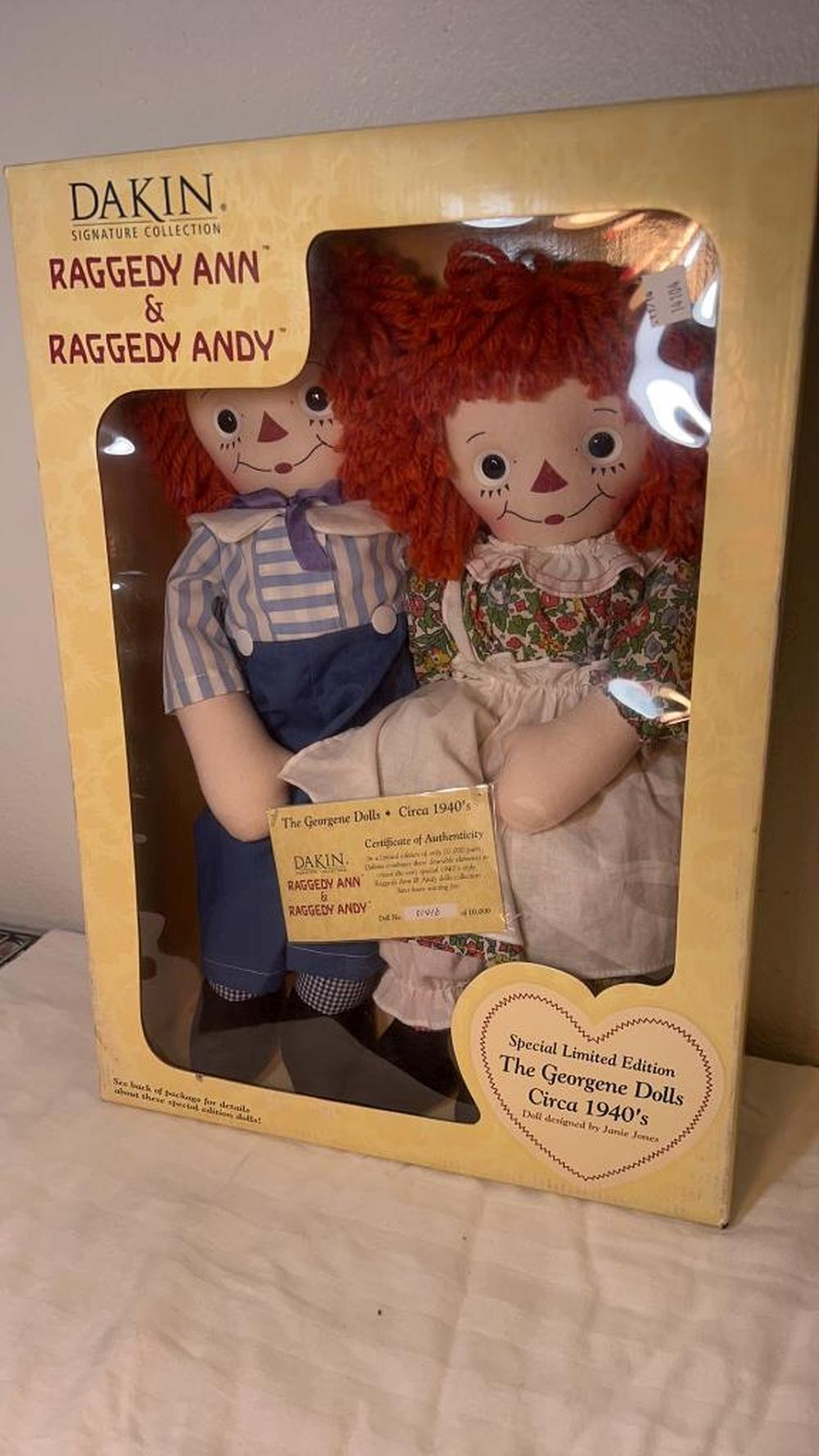 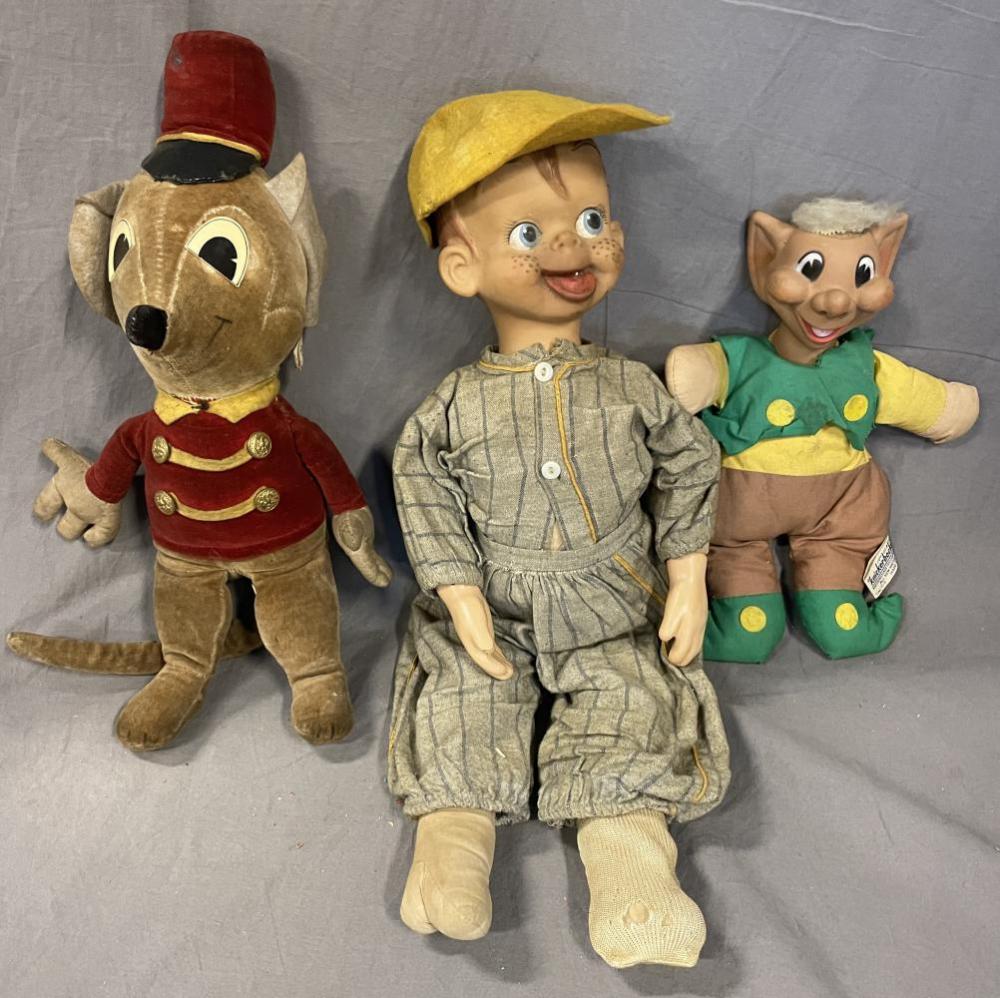