Door bells and knockers, usually made of metal, are used by visitors outside a house or building to signal their presence to those inside the structure. As the first object to be touched and seen up close by guests, door bells and knockers have the potential to create a striking first impression.

In Ancient Pompeii, door knockers were often decorated with the head of a gorgon, a Greek mythological creature with hair made of living, venomous snakes and eyes that turned beholders into stone. Door knockers were often used to impress guests, suggesting the wealth and nobility of the owner. For example, in Medieval and Renaissance Europe, brass door knockers decorated with the face of a grand, menacing lion were popular decorative items. These objects were usually quite detailed with vivid expressions and large, engrossing eyes. In late 19th- and early 20th-century America, furniture manufacturers, such as Gustave Stickley, used a different approach, designing simple, yet elegant, door knockers praised for their craftsmanship.

Today, many houses are outfitted with electric door bells, but many homeowners prefer the individuality and craftsmanship of handmade door bells and knockers. A variety of unique pieces made from brass and other precious metals is available at auction. 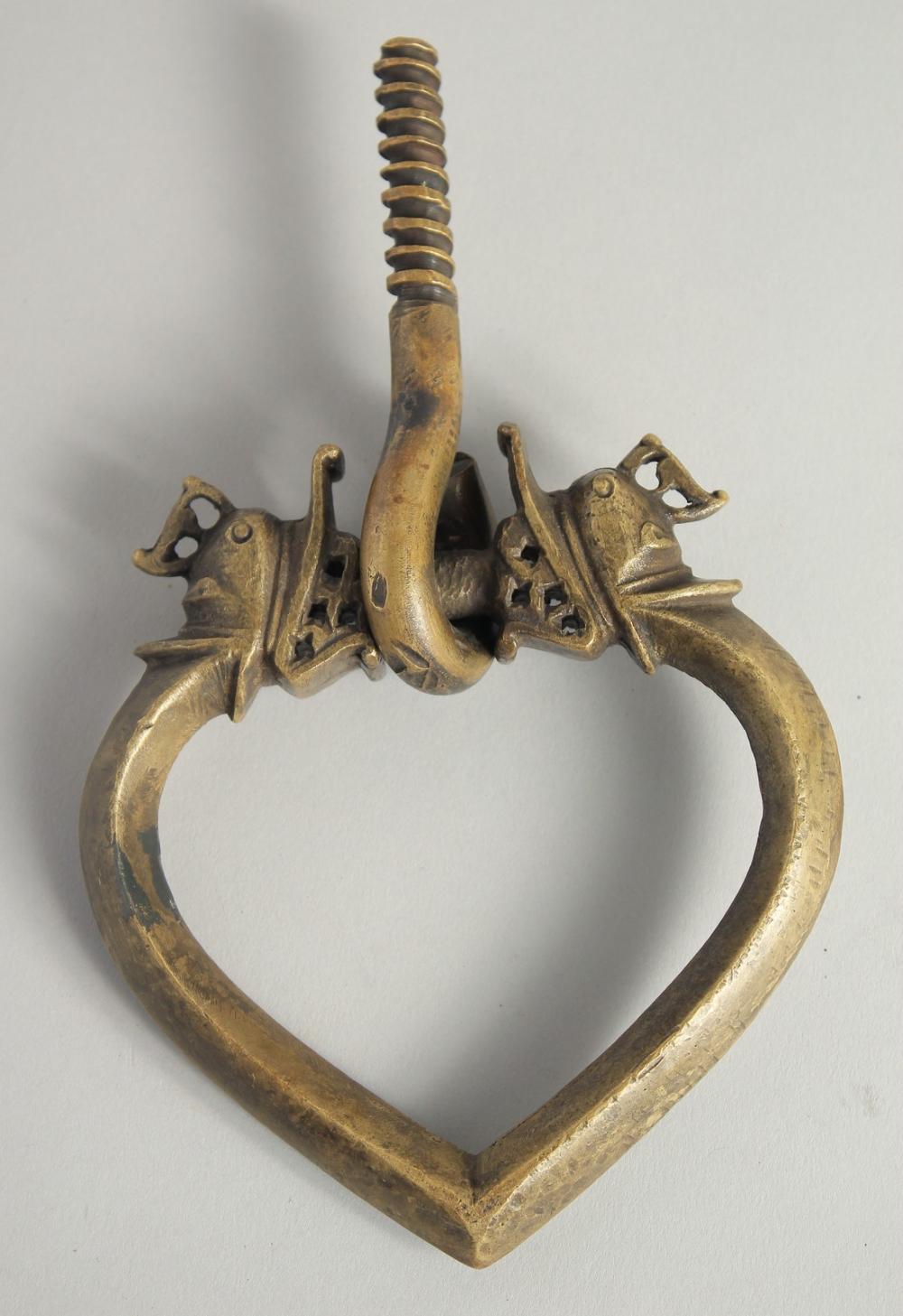 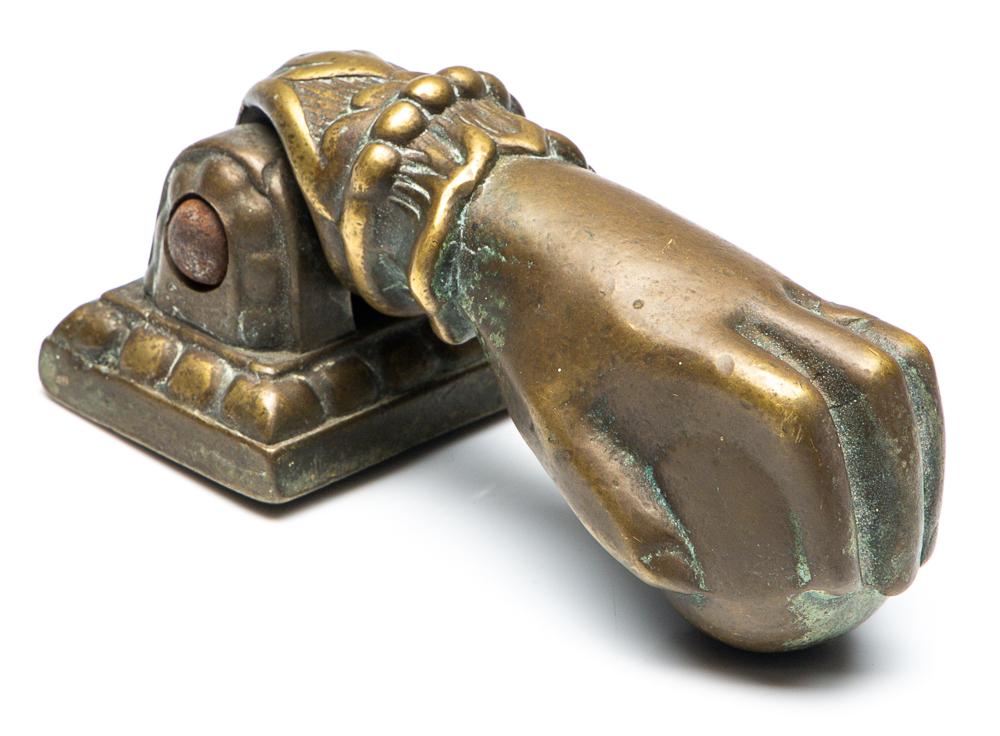 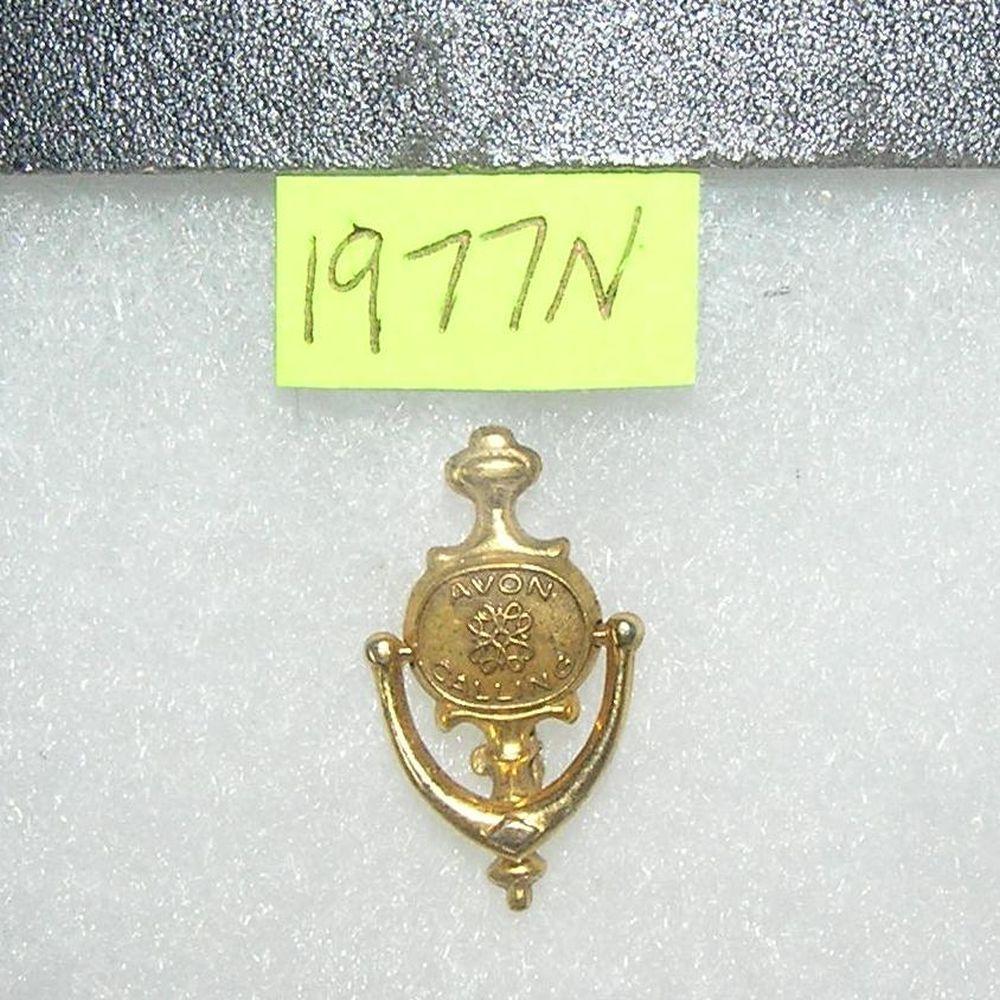 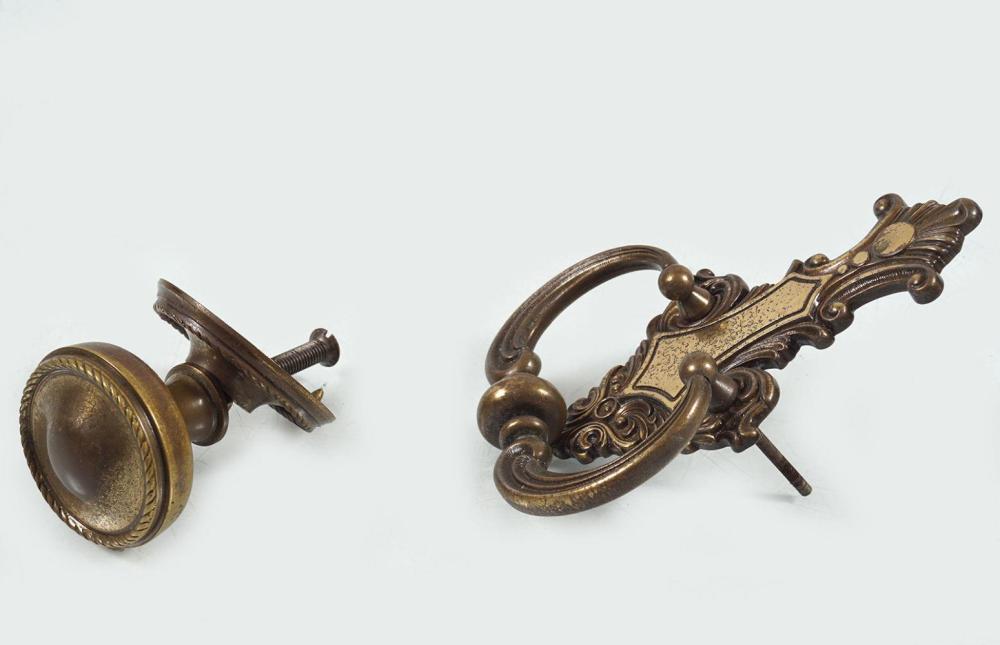 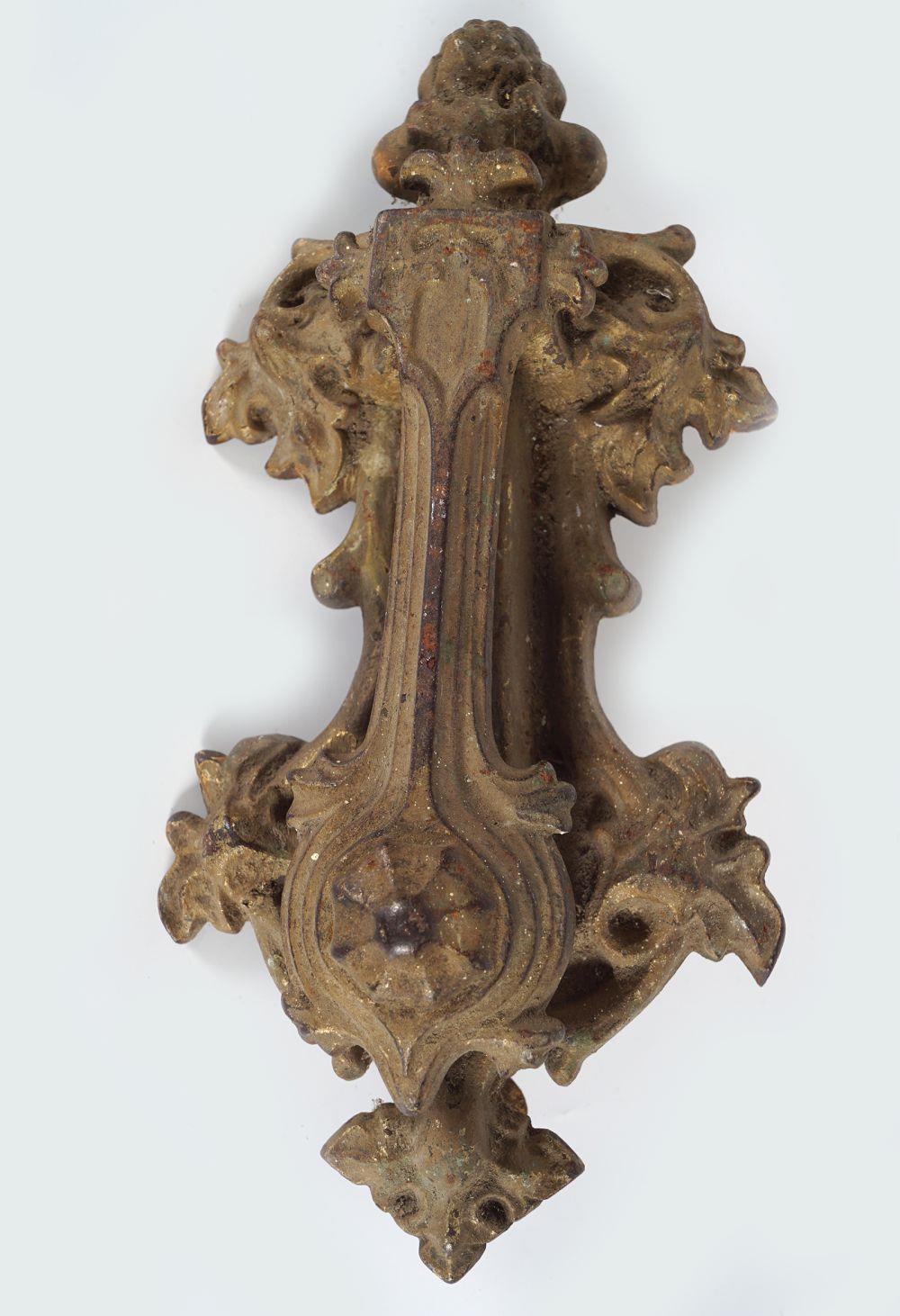 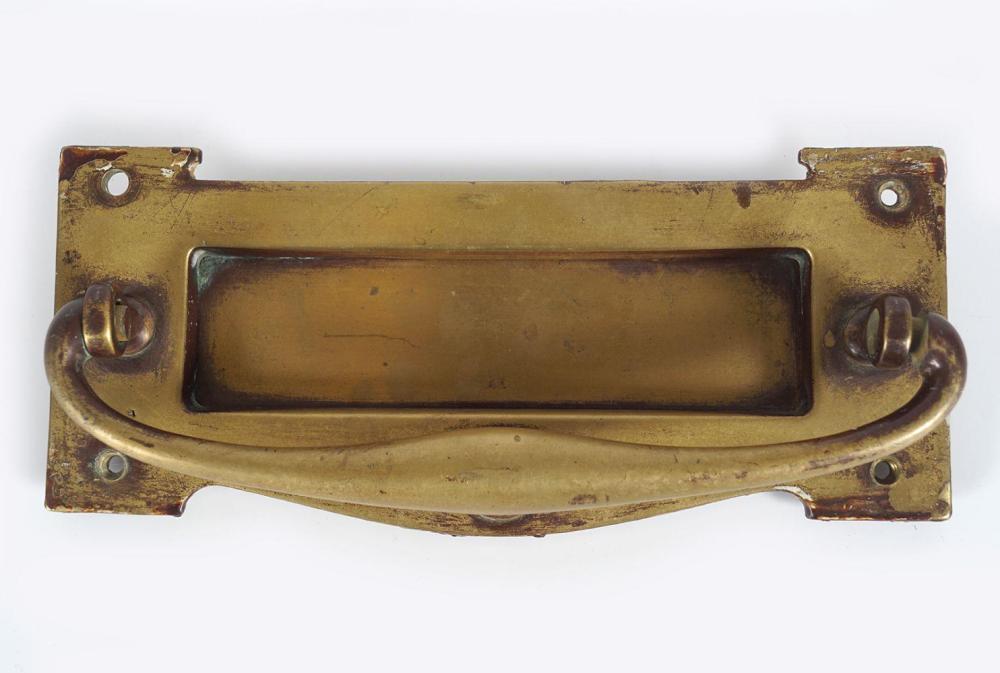 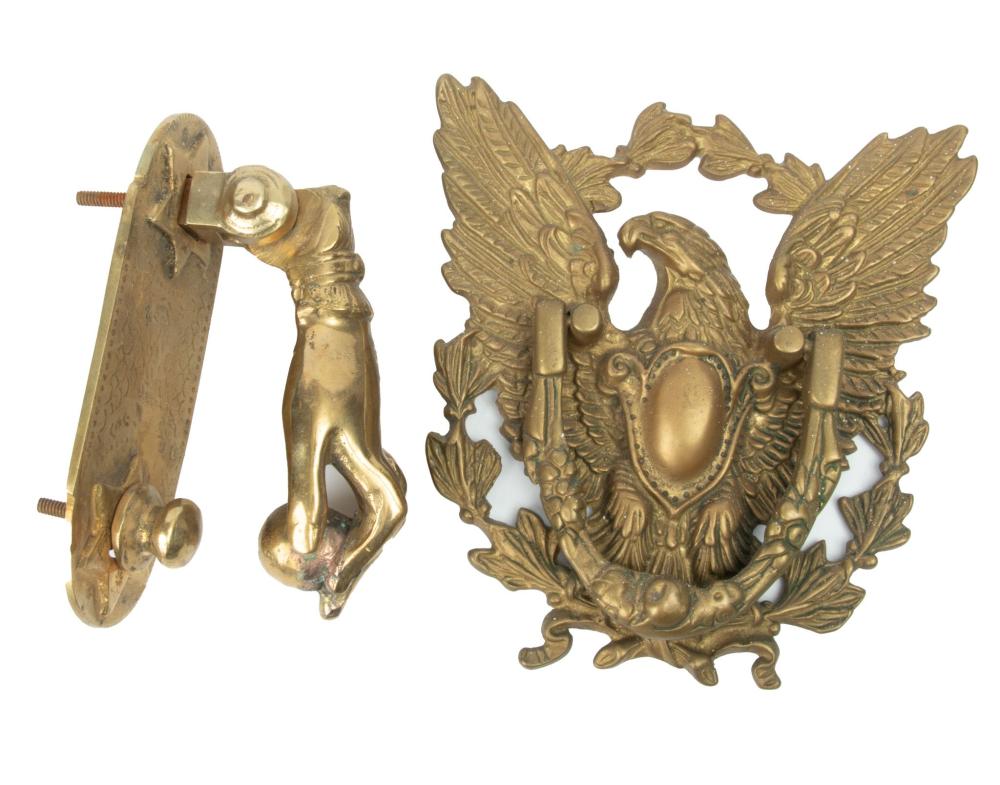 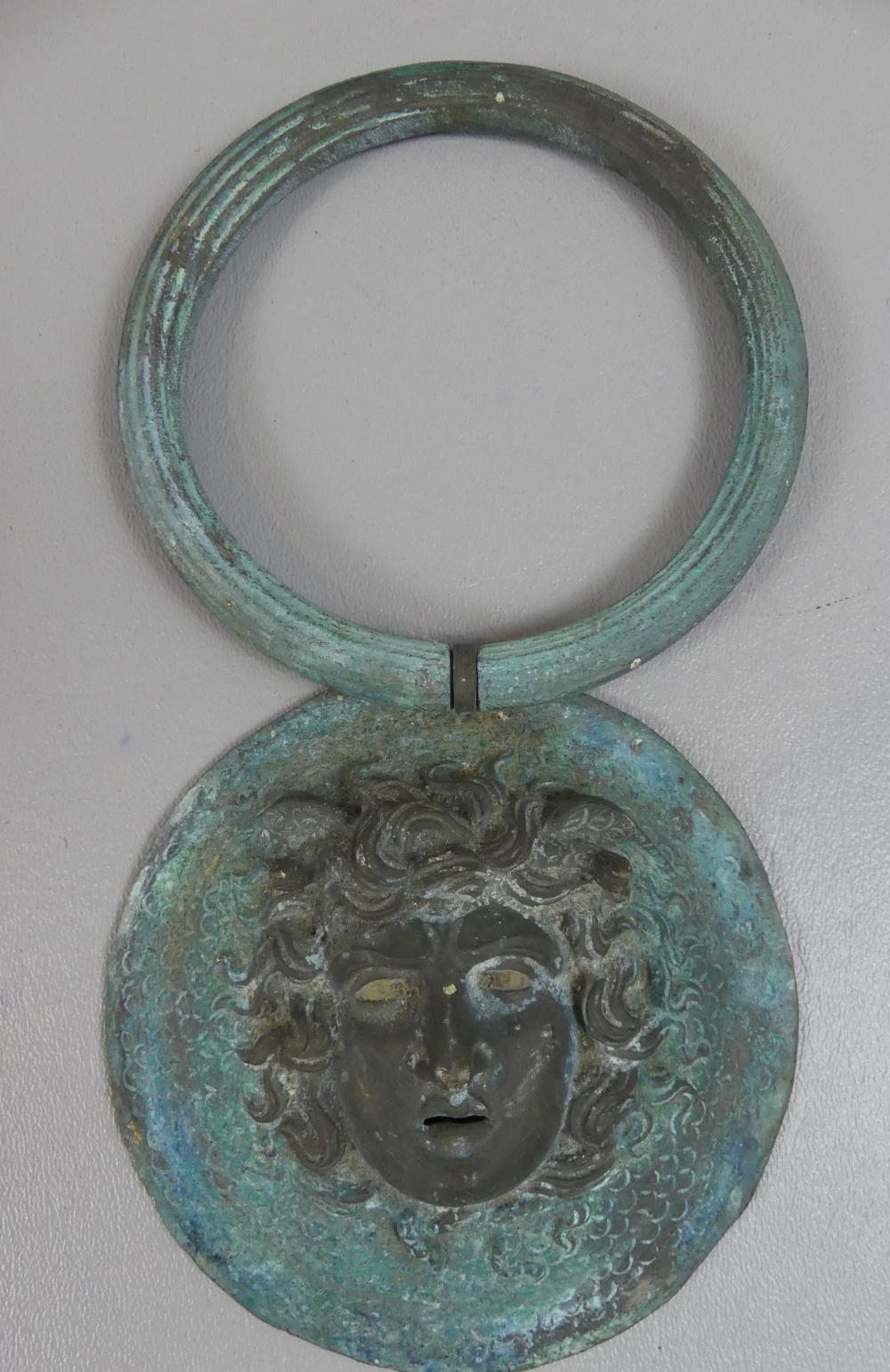 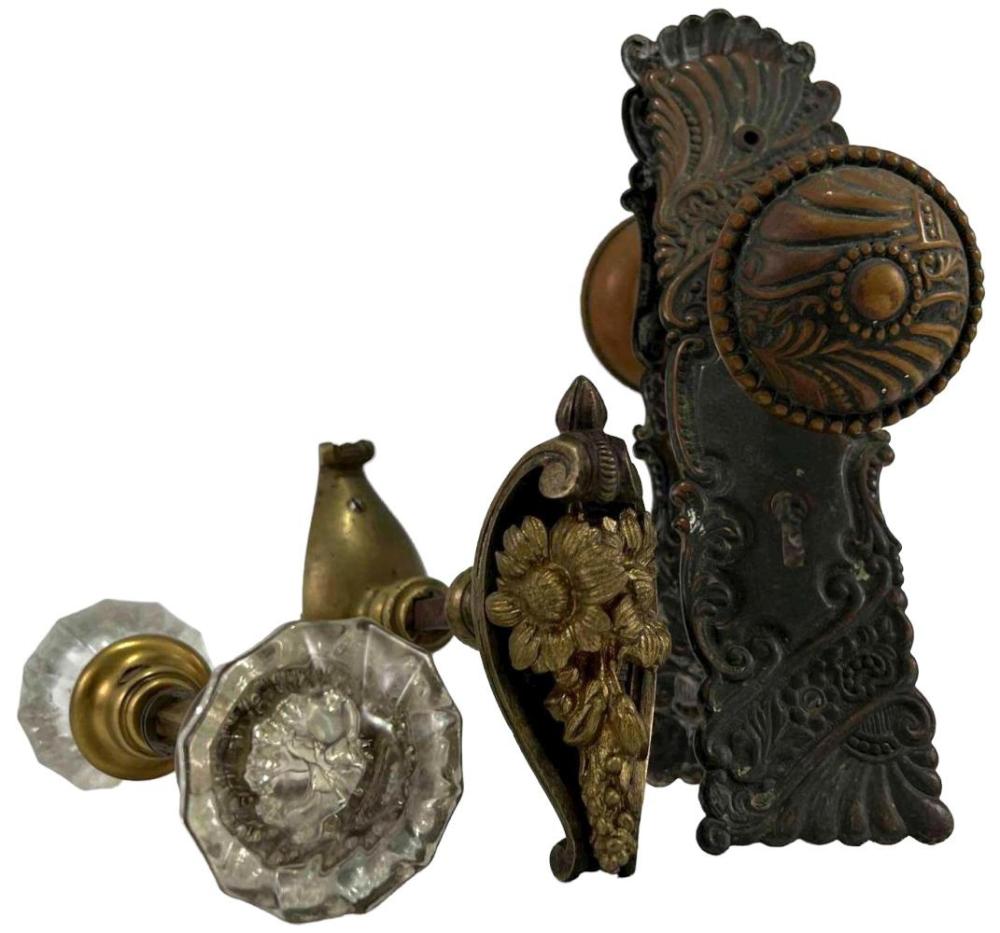 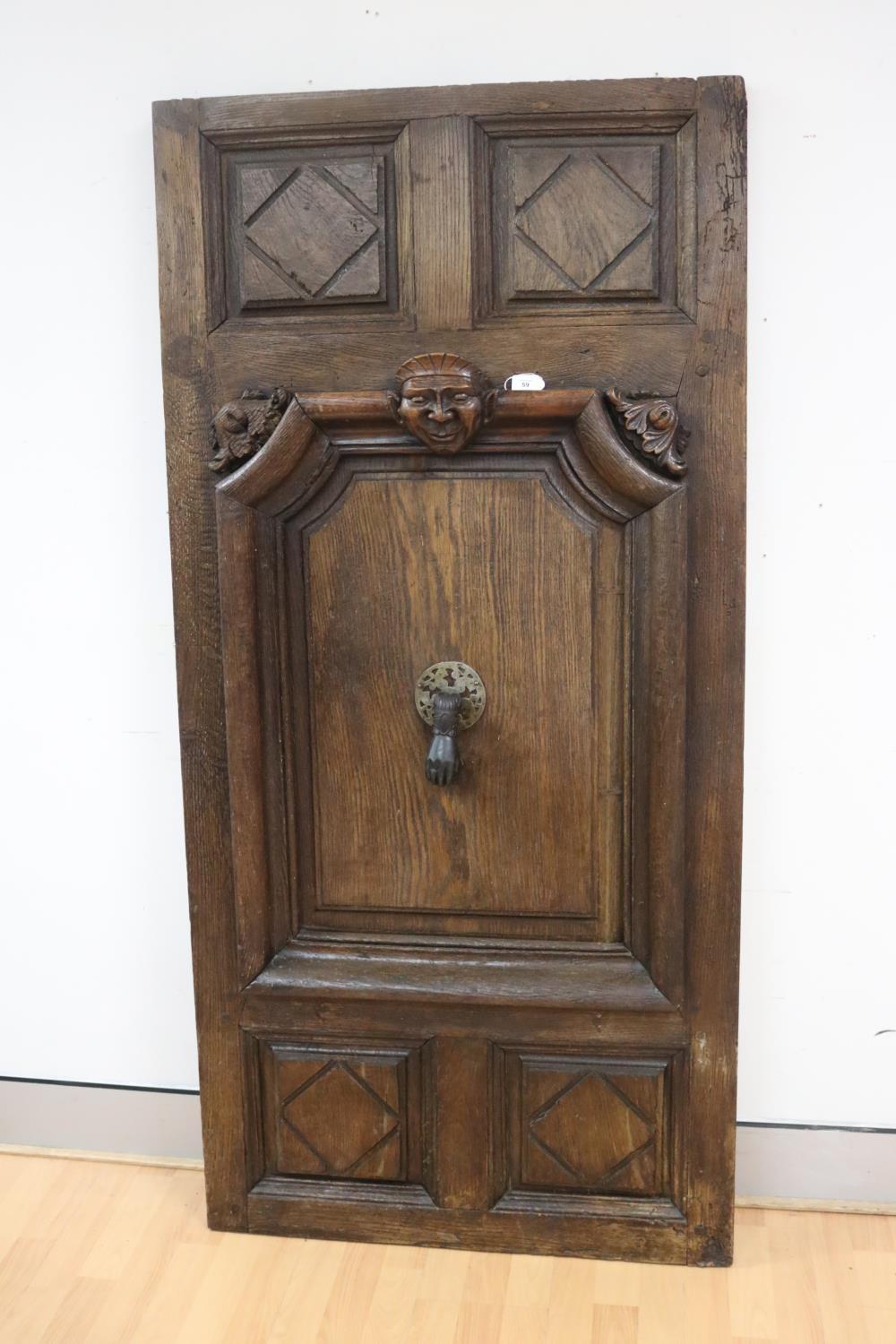 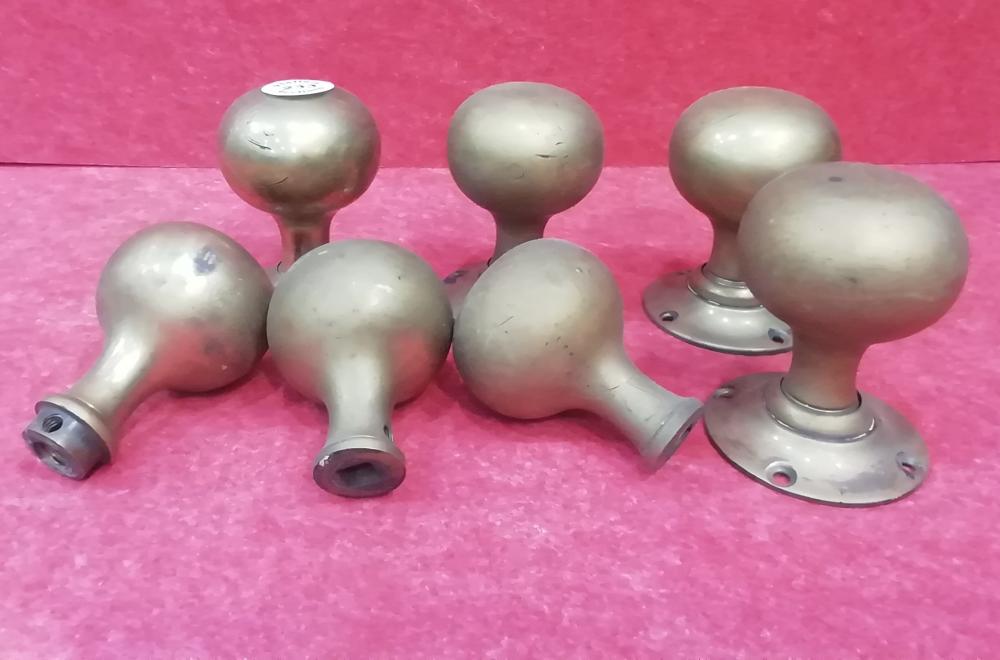 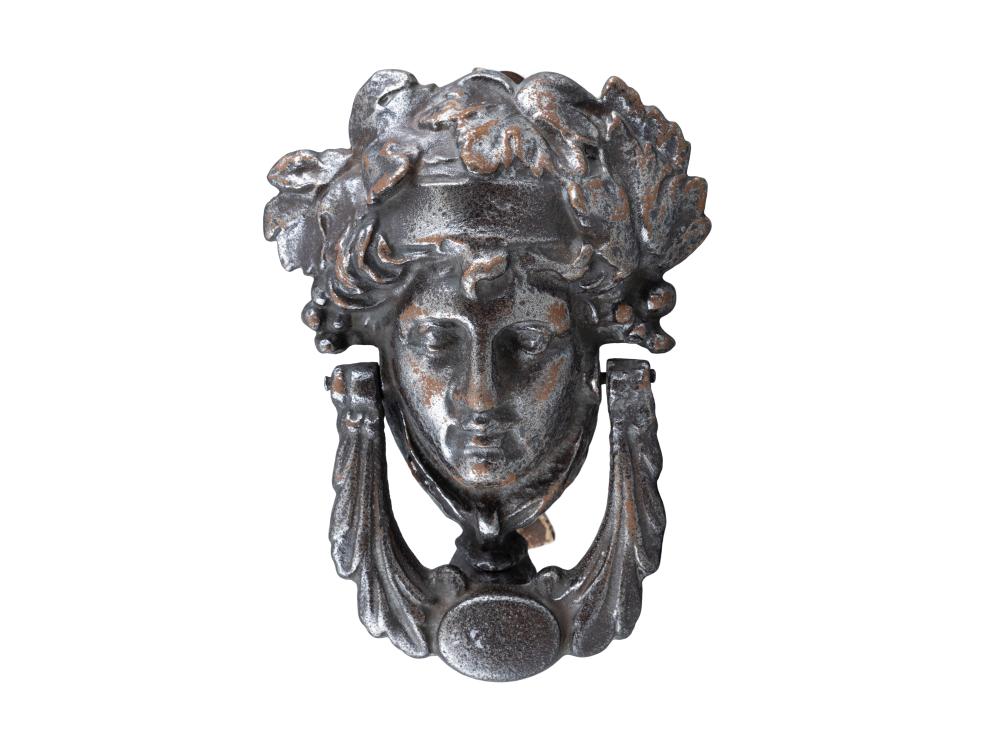 A STEEL DOOR KNOCKER IN THE FORM OF THE HEAD OF MERCURY. 20cm high 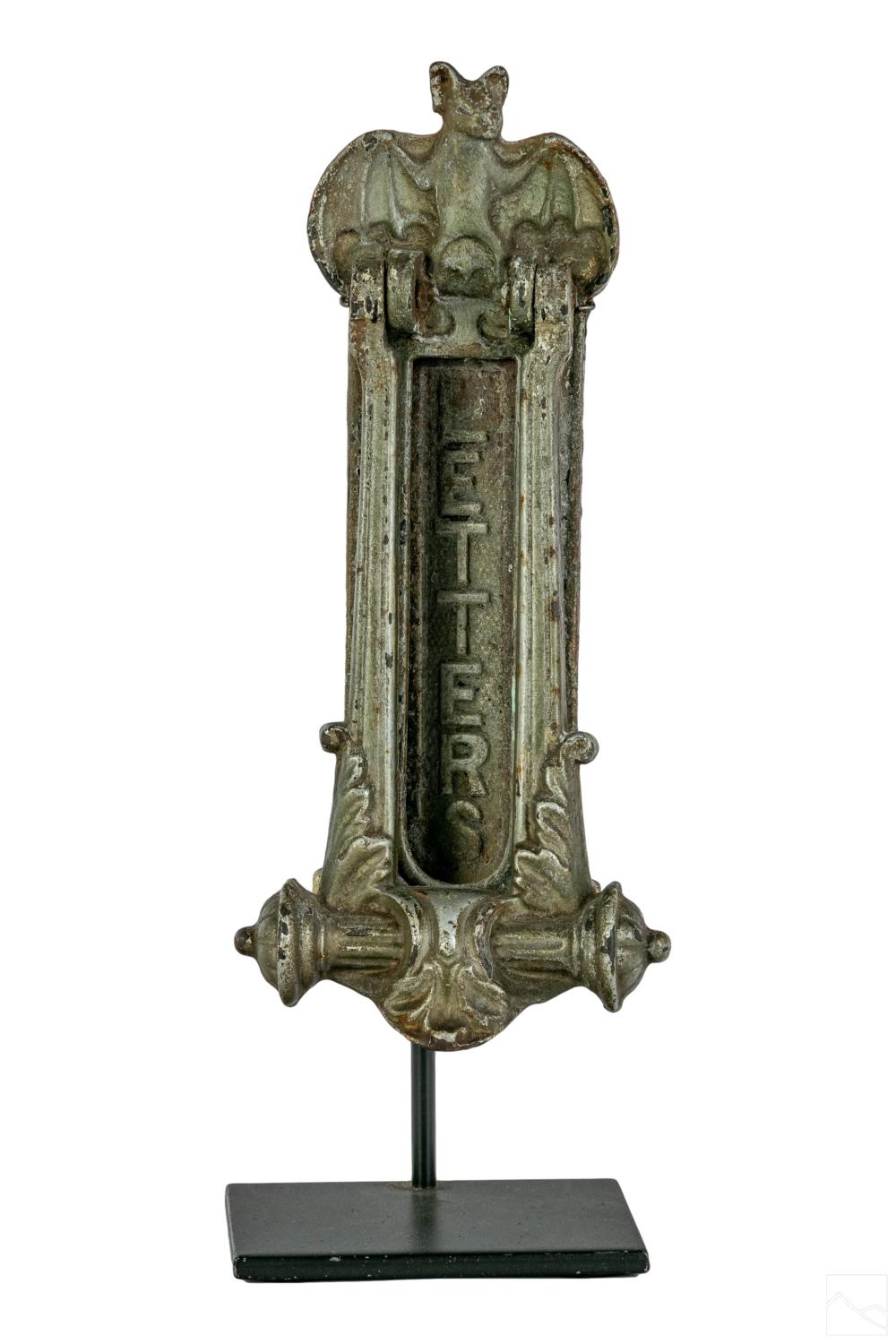 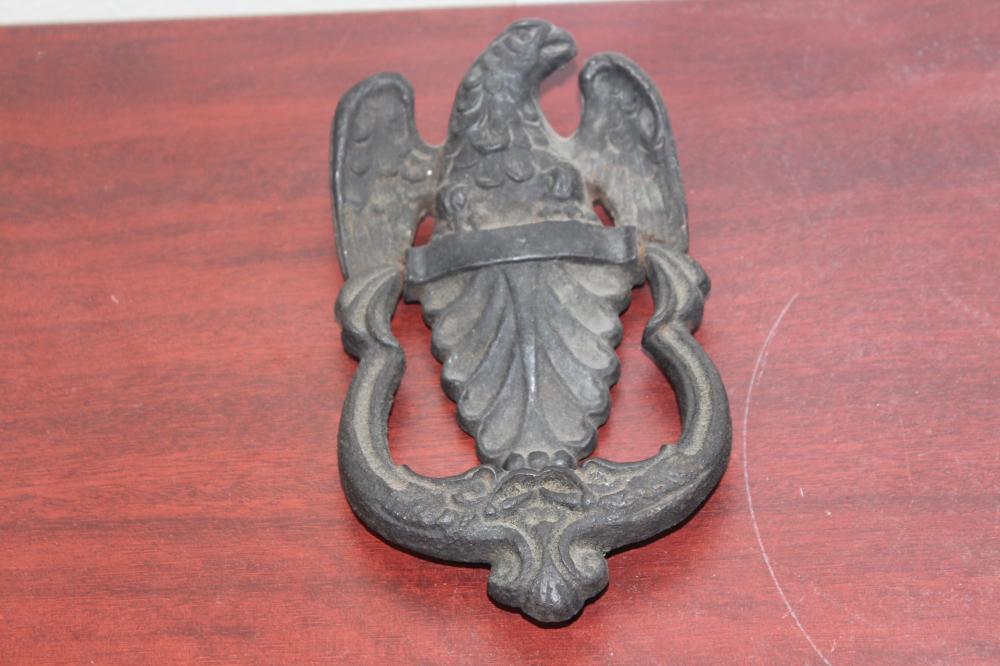 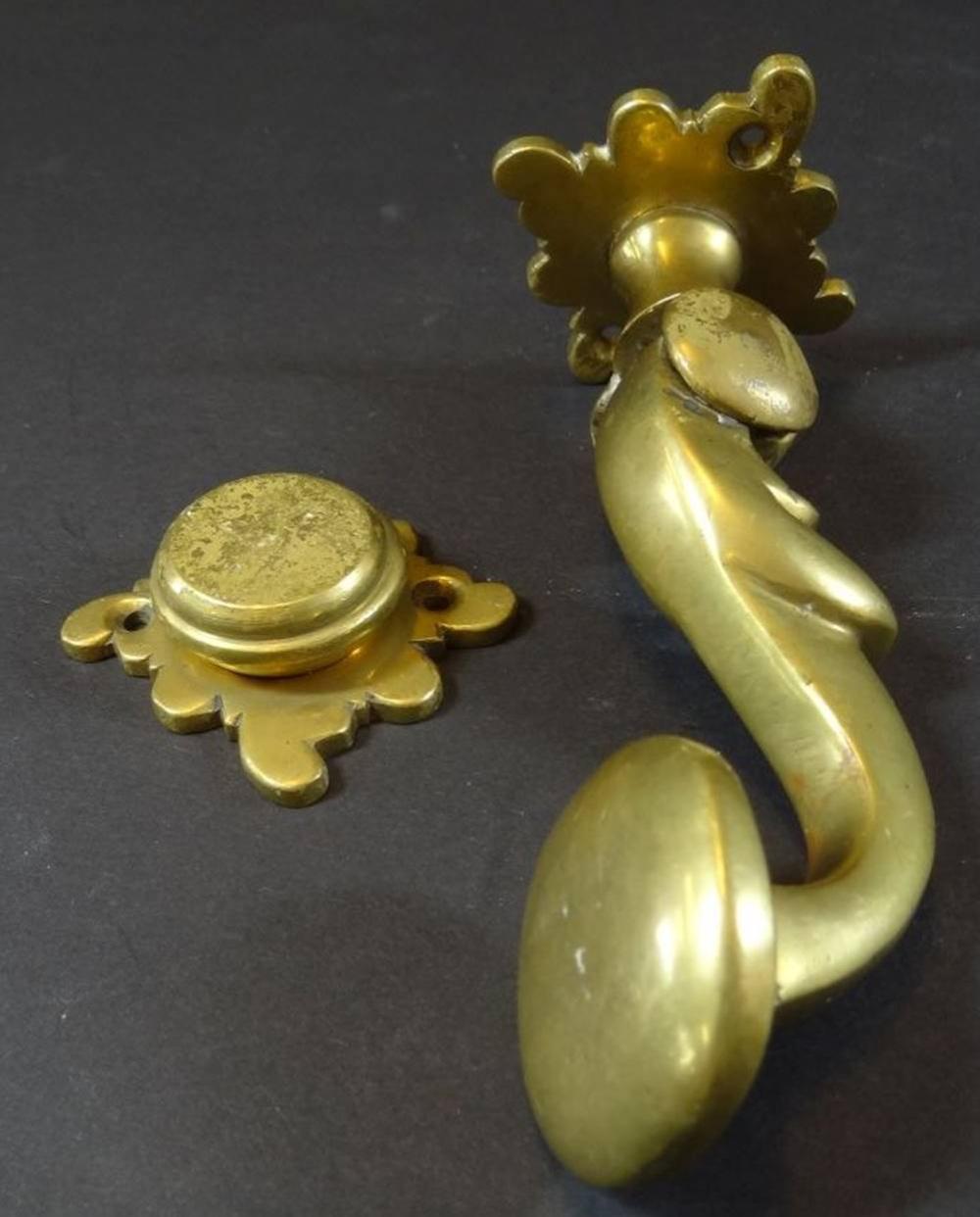