Collecting fishing lures is a lot like fishing itself: you never know what you might come across. It’s this intrigue that has sparked one of the largest followings among all fishing collectibles. You could almost say that lures are the baseball cards of the fishing world.

Although fishing hooks of bone and bronze were used by the Chinese and Egyptians more than 2,000 years ago, fishing lures weren’t manufactured widely until the 20th century. Julio T. Buel is considered the founding father of early U.S. lures, earning five patents for his spoons and spinners in the late 1800s. James Heddon produced the first commercially-made lures, starting the first U.S. lure company from his kitchen in 1902. Soon after, Shakespeare, Pflueger, South Bend, and Creek Chub joined the market as commercial lure makers, among many others. By the '60s and '70s, mass-produced plastic lures began to dominate the tackle industry, and the era of great demand for fine-crafted fishing lures drew to a close.

Lure collecting has been popular since the '60s, and values of particular lures are largely determined by scarcity, condition, and demand. Pieces produced in limited quantities tend to accrue value, as well as pieces still in their original box or case. Some lure collectors choose to collect by manufacturer, region, or geography, however, some base acquisitions on what aesthetically appeals to them. 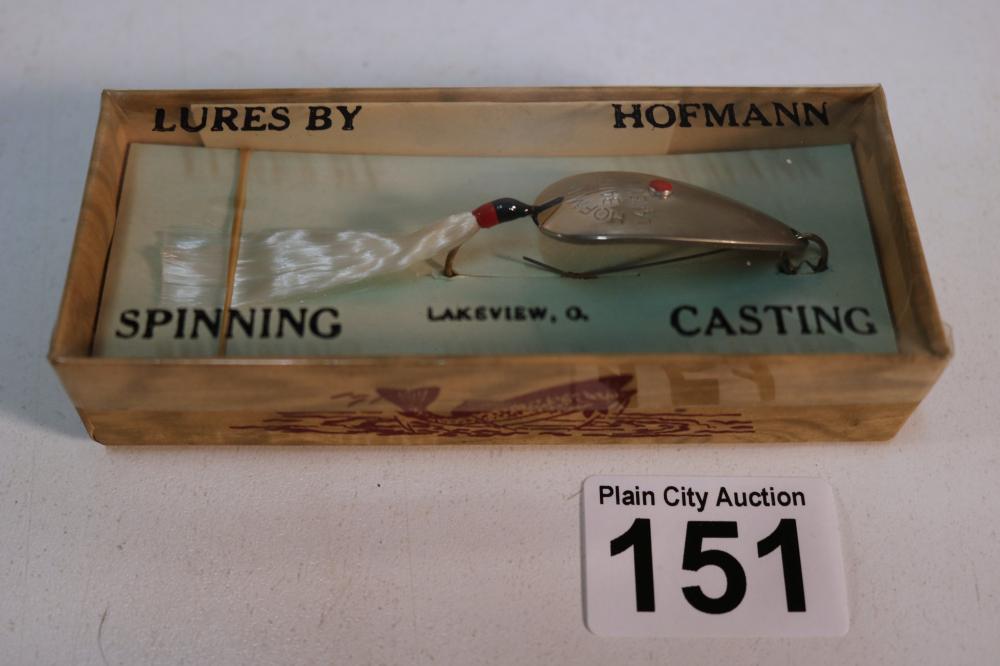 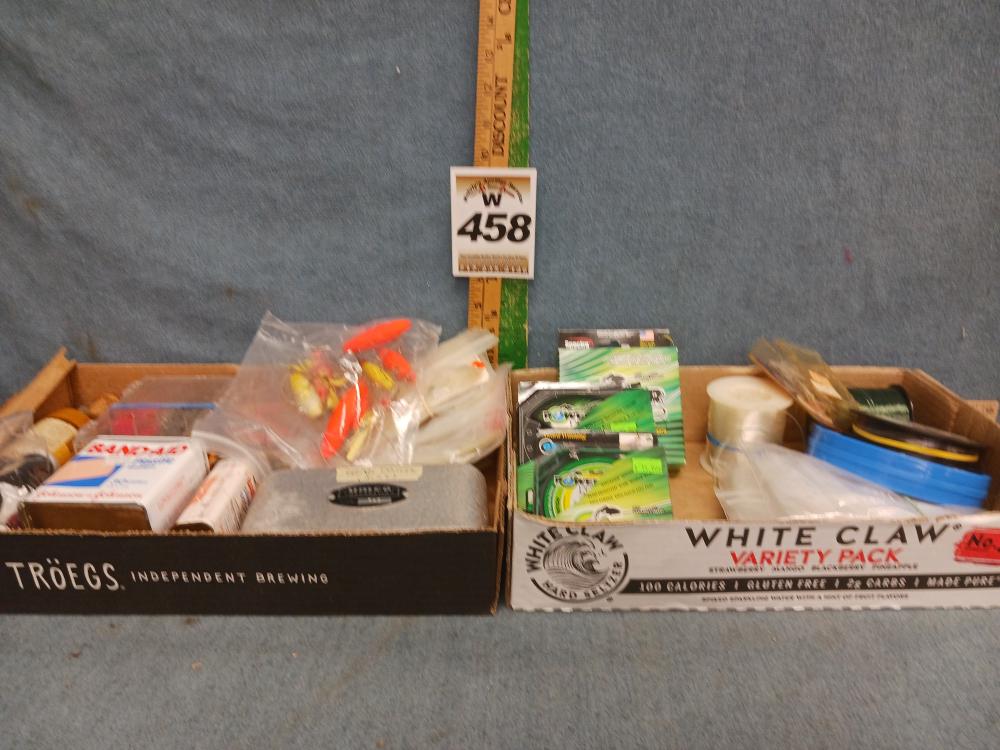 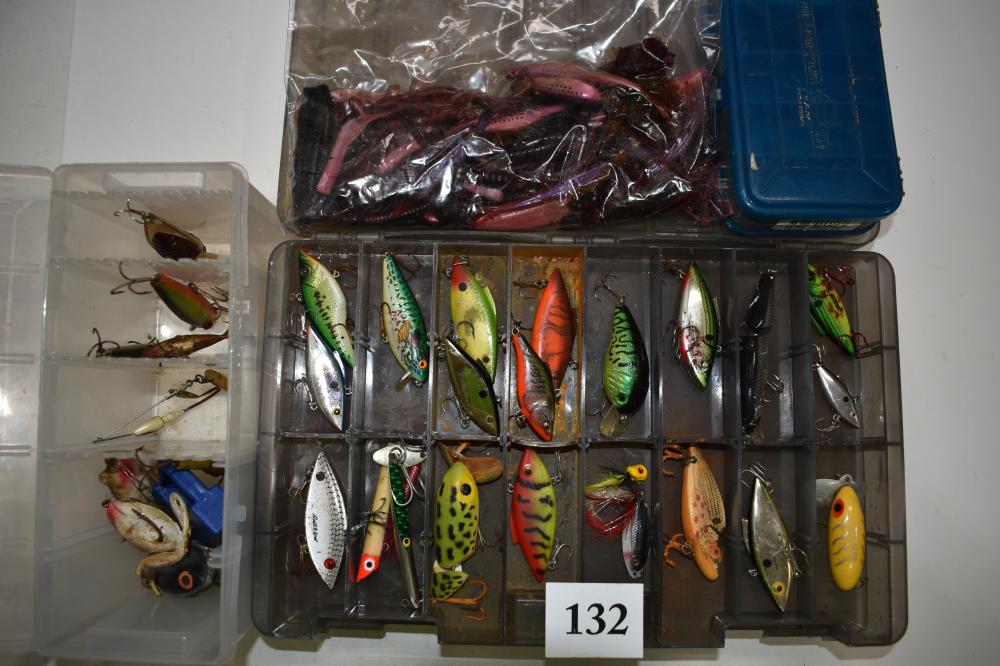 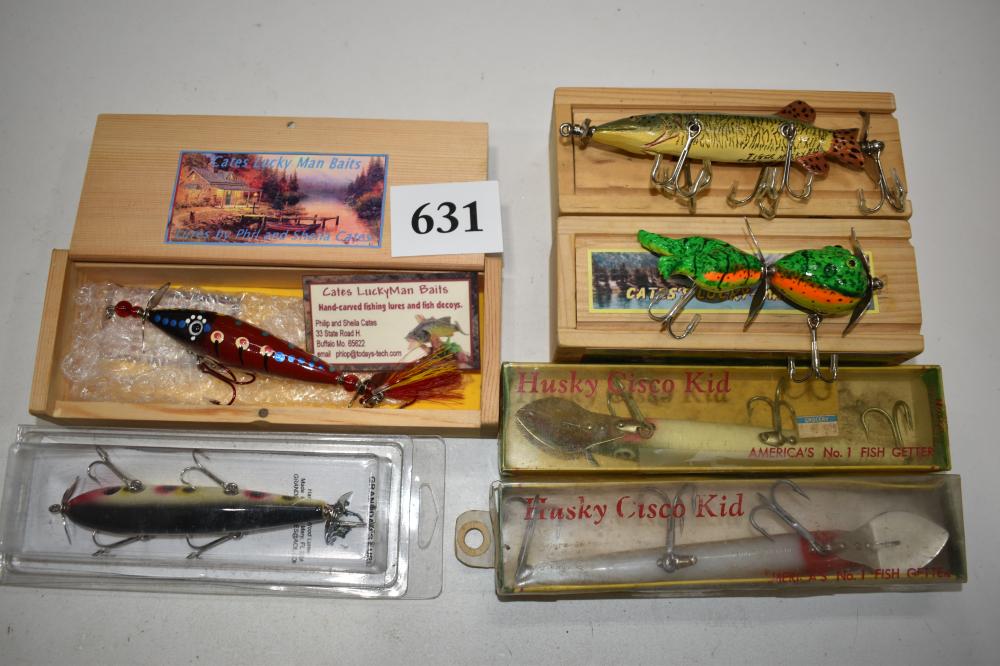 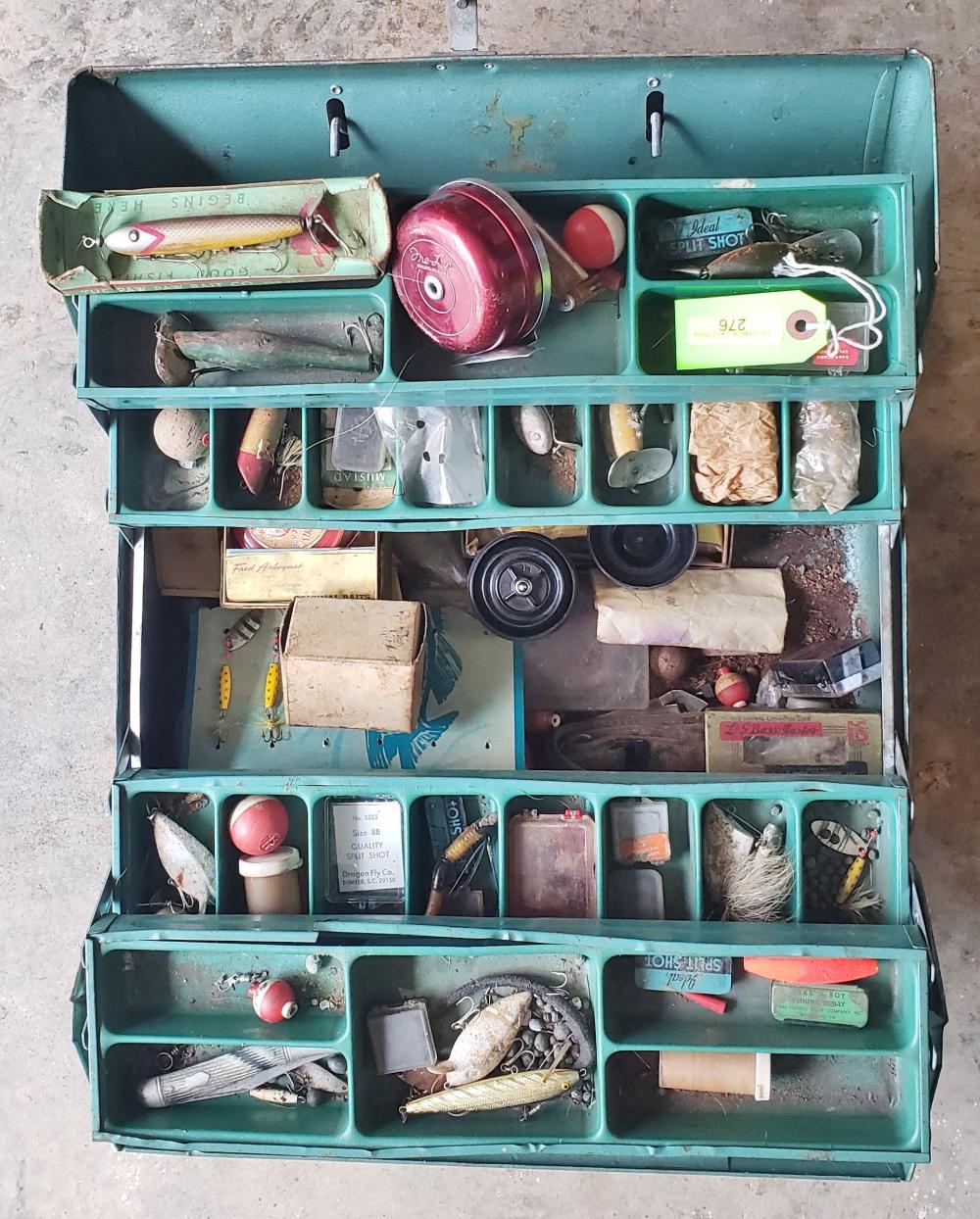 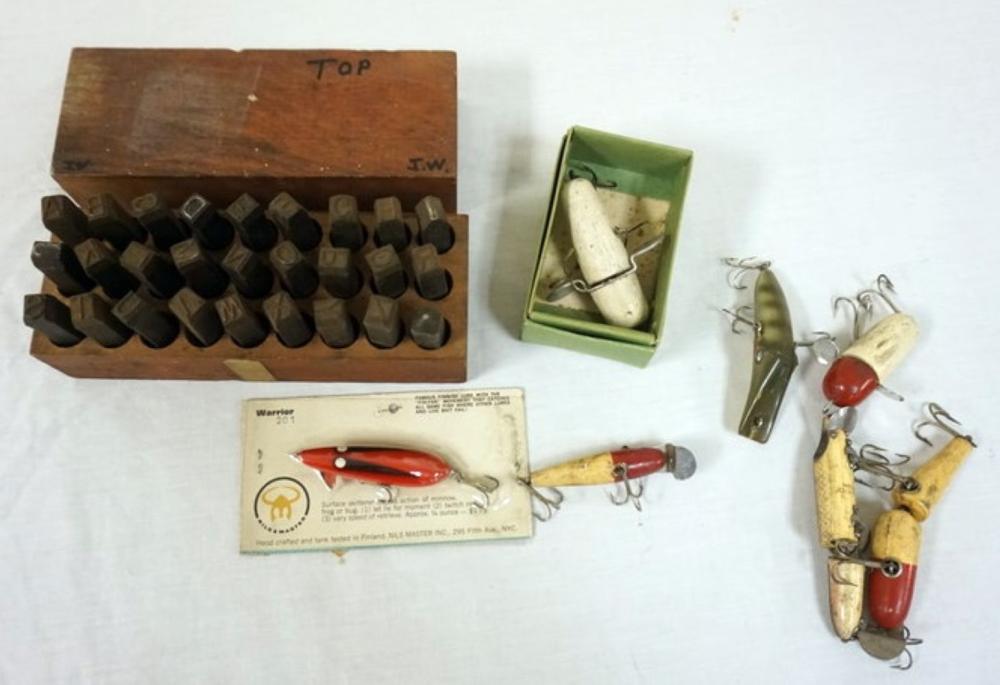 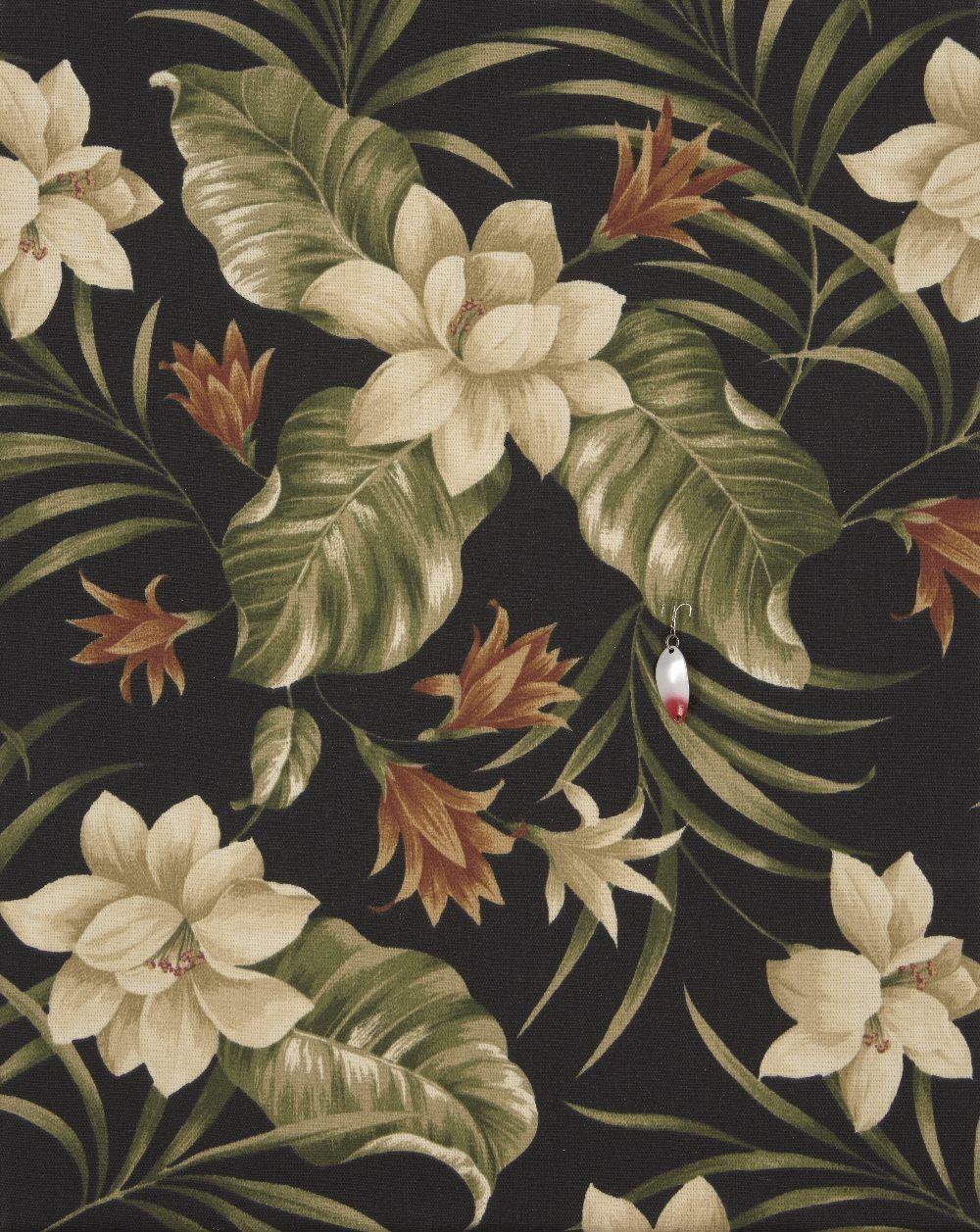 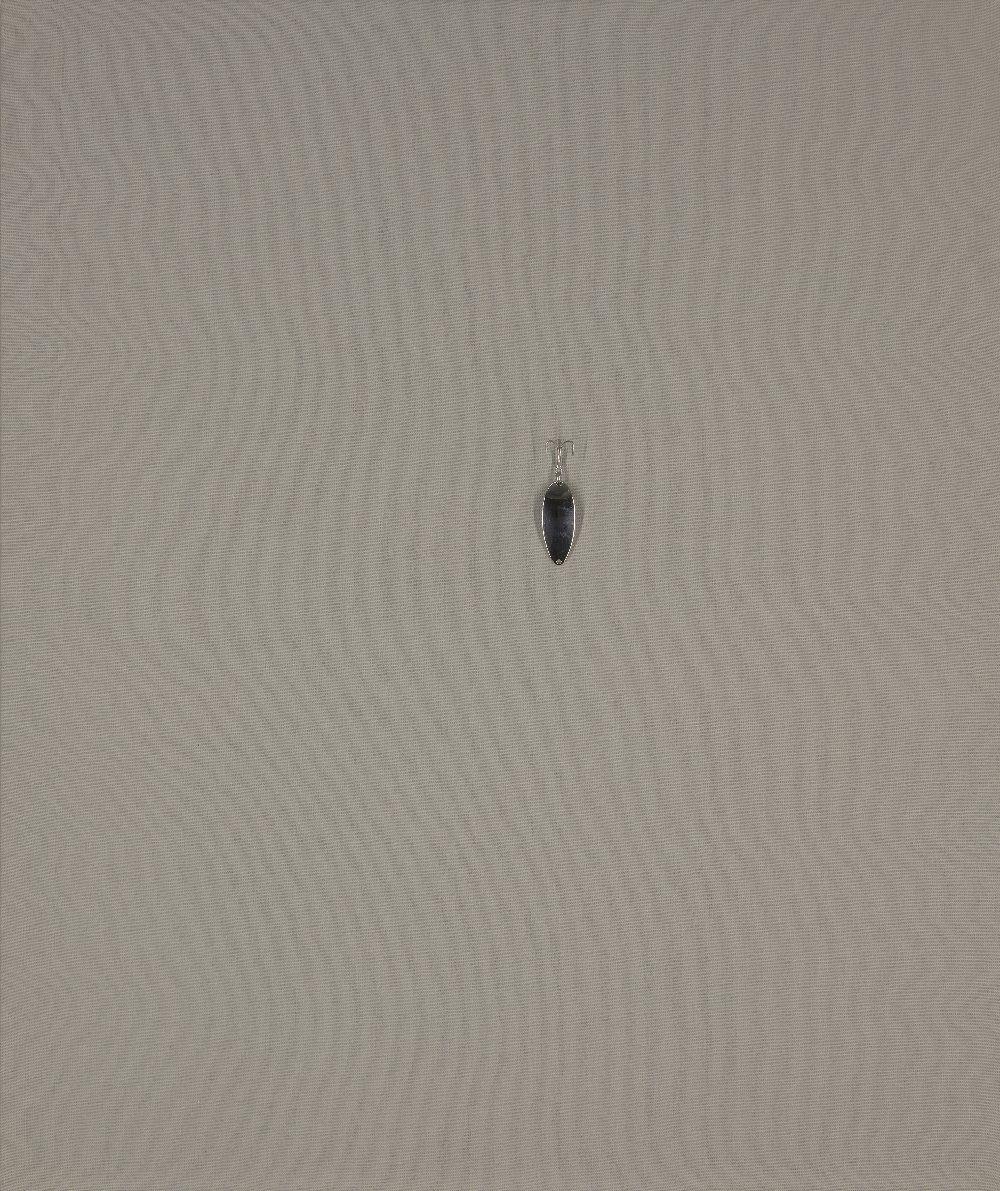 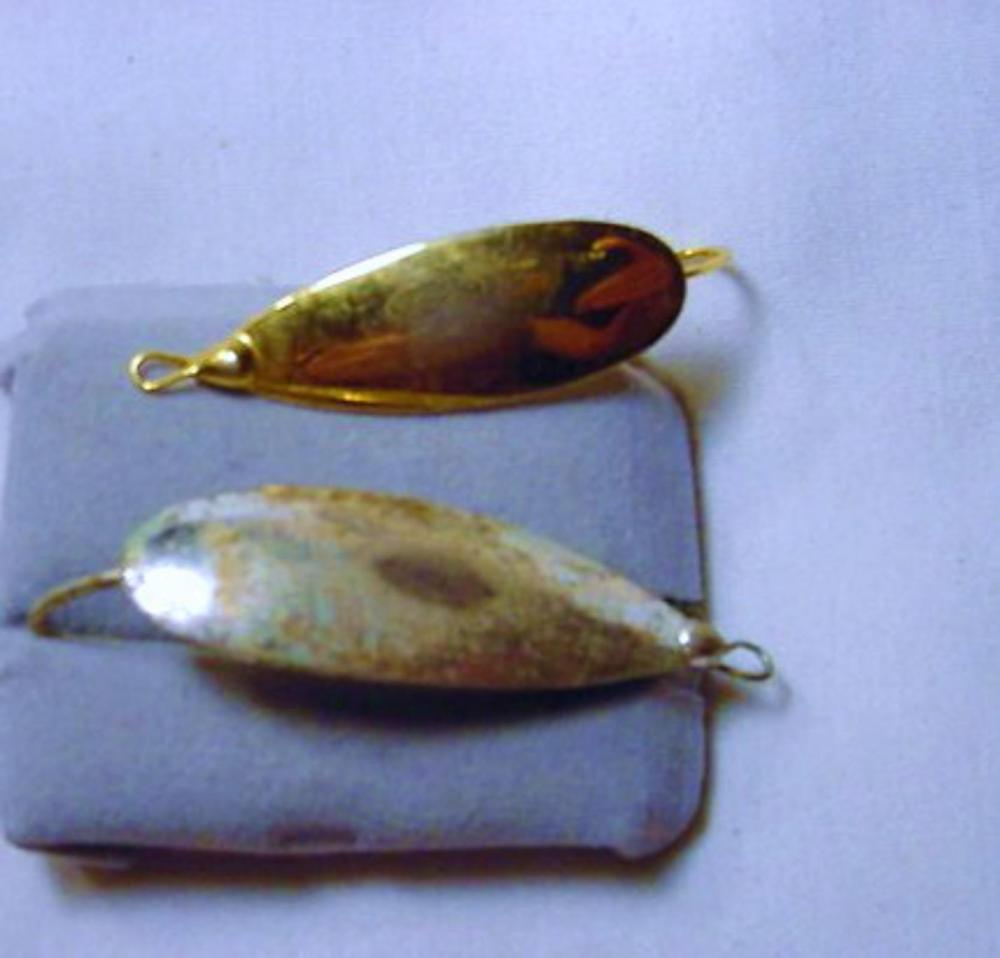 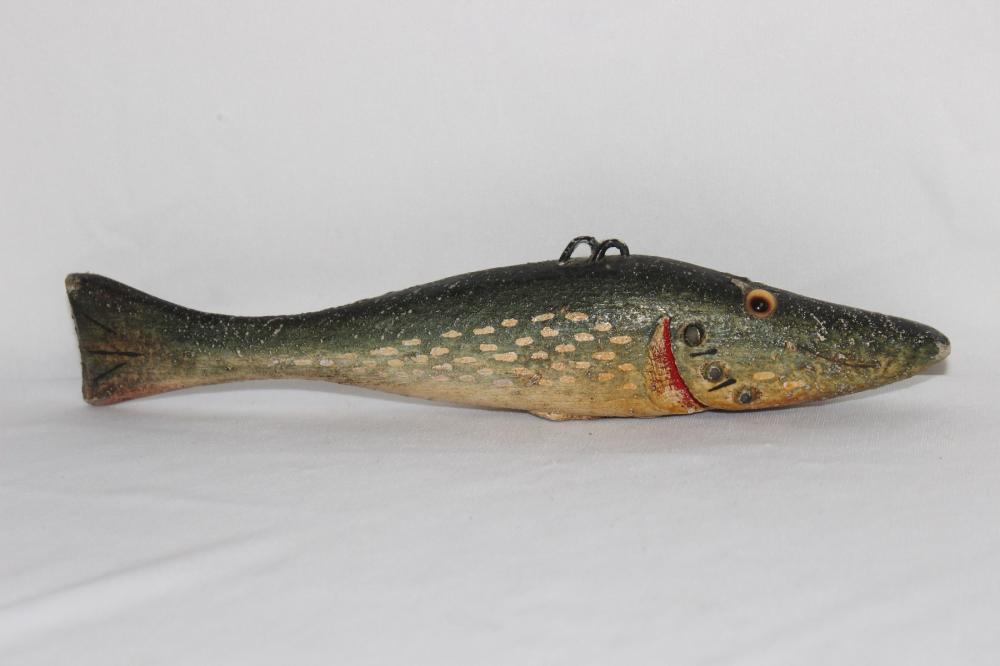 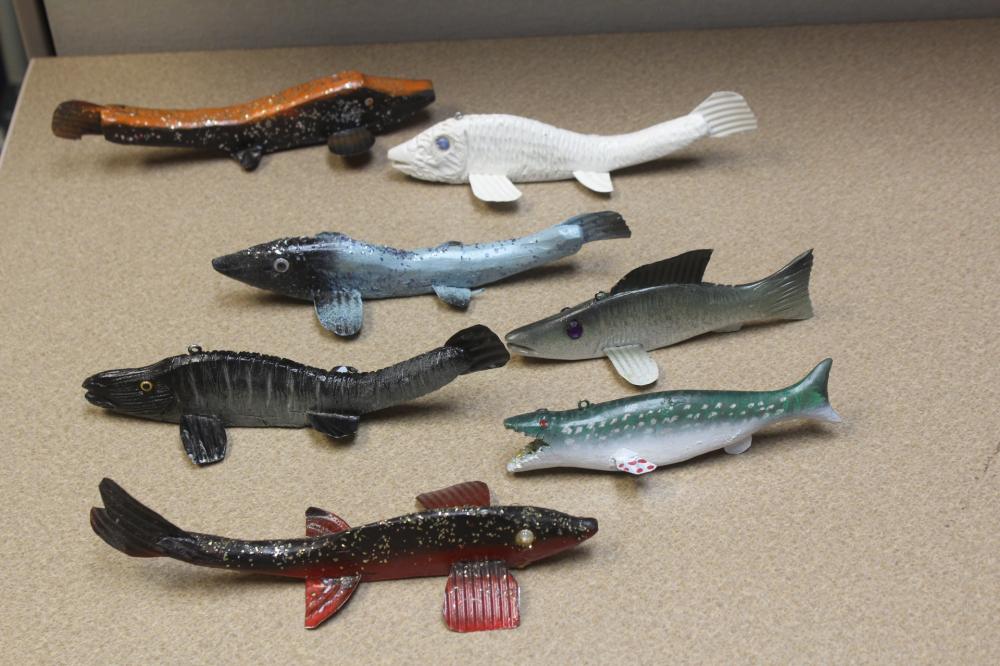 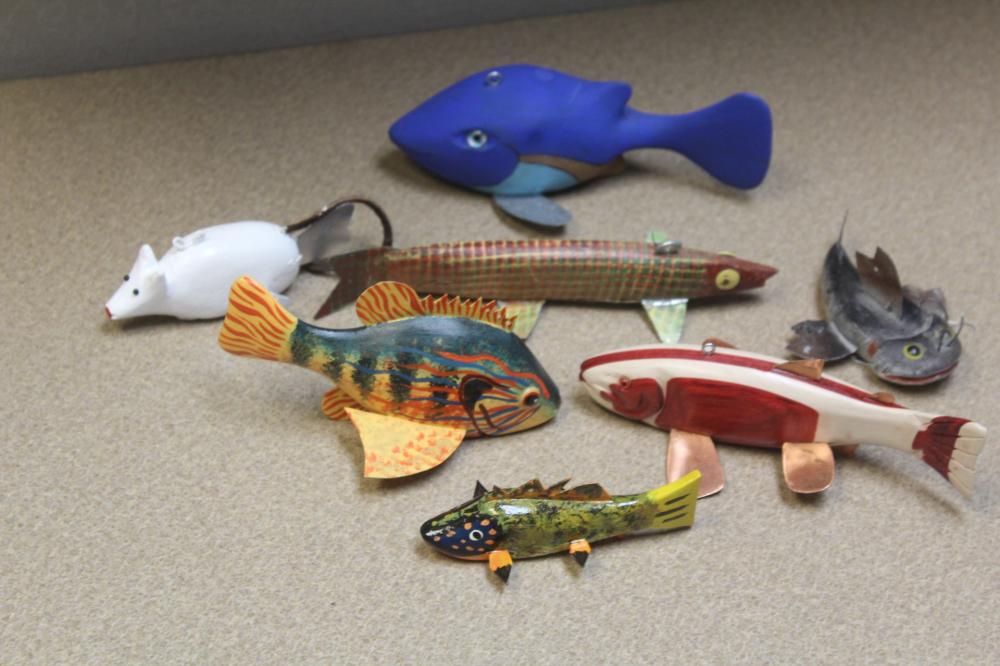 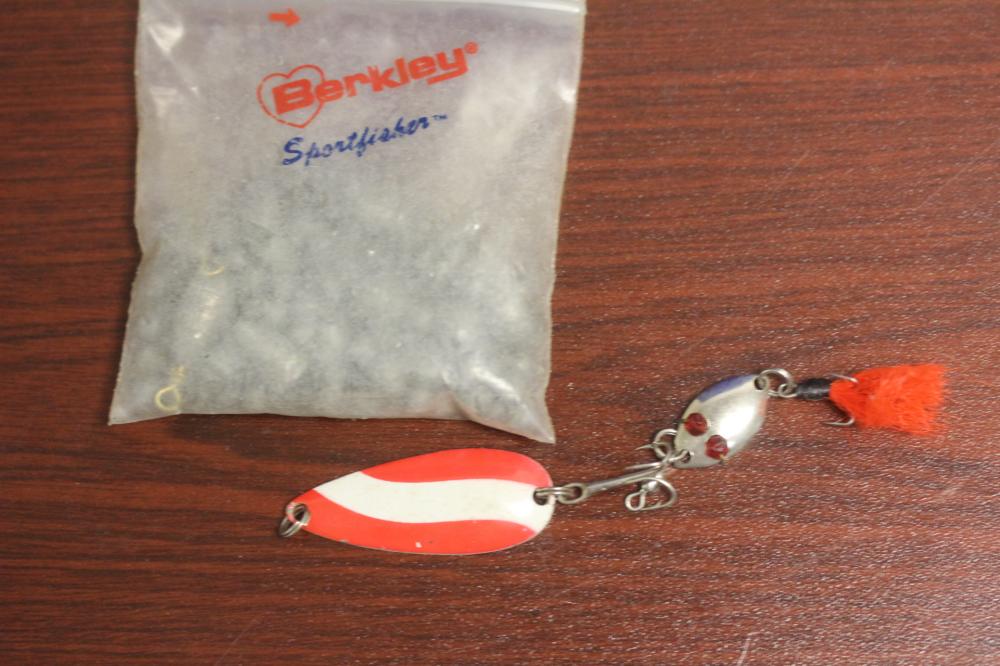 A Bag of Fishing Weights and a Lure 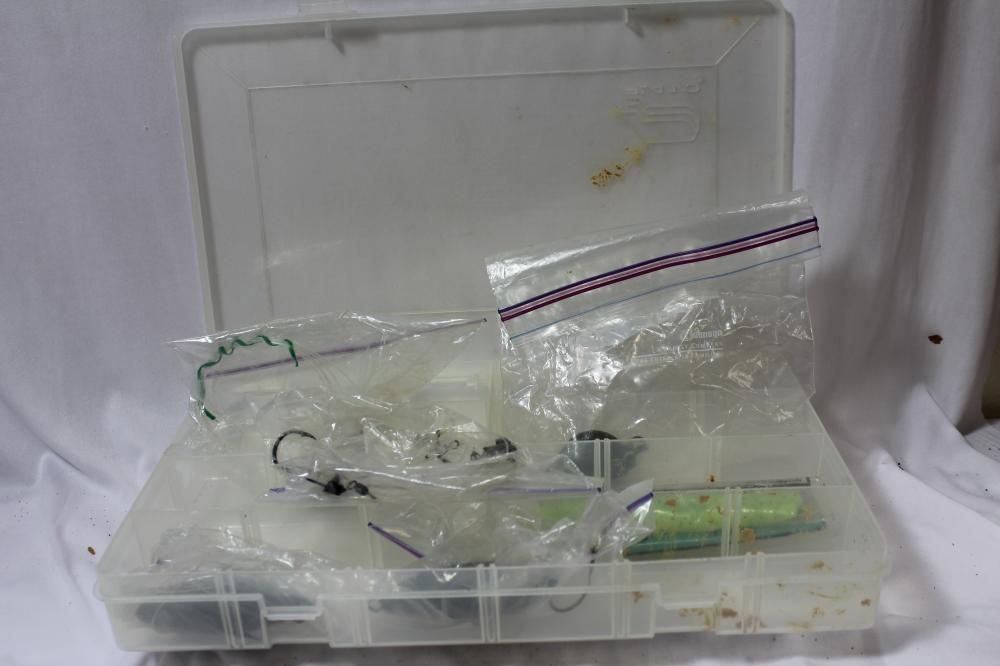