Flow blue china refers to a type of transfer pottery produced in England by multiple manufacturers around 1820. It was sold mostly in the United States, and while at first glance it appears similar to other blue-and-white pottery such as Blue Willow, flow blue china's blurred finish makes it unique. Manufacturers included Johnson Brothers, Minton, Royal Doulton, and Wedgwood. The objects created were vast and included teapots, plates and platters, toilet wares, vases, and dog bowls.

An interesting characteristic of flow blue china is its blue marble effect. The pattern is blurred in such a way that from afar, it seems to resemble a piece of carved, blue-veined marble. By World War I, U.S. potteries had taken note of American interest in the style and began to produce most of the flow blue porcelain for the domestic market. This in turn caused English potters to exit the flow blue market.

Demand for flow blue china dropped during both World Wars, but interest picked up again in the '60s. Large amounts of flow blue china were shipped into or manufactured in the U.S., making it a fairly sensible porcelain for American collectors. 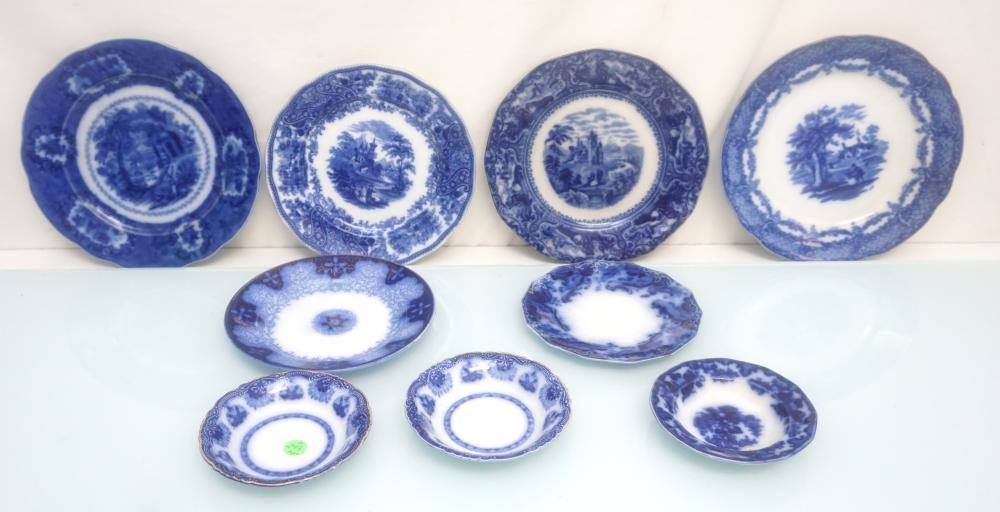 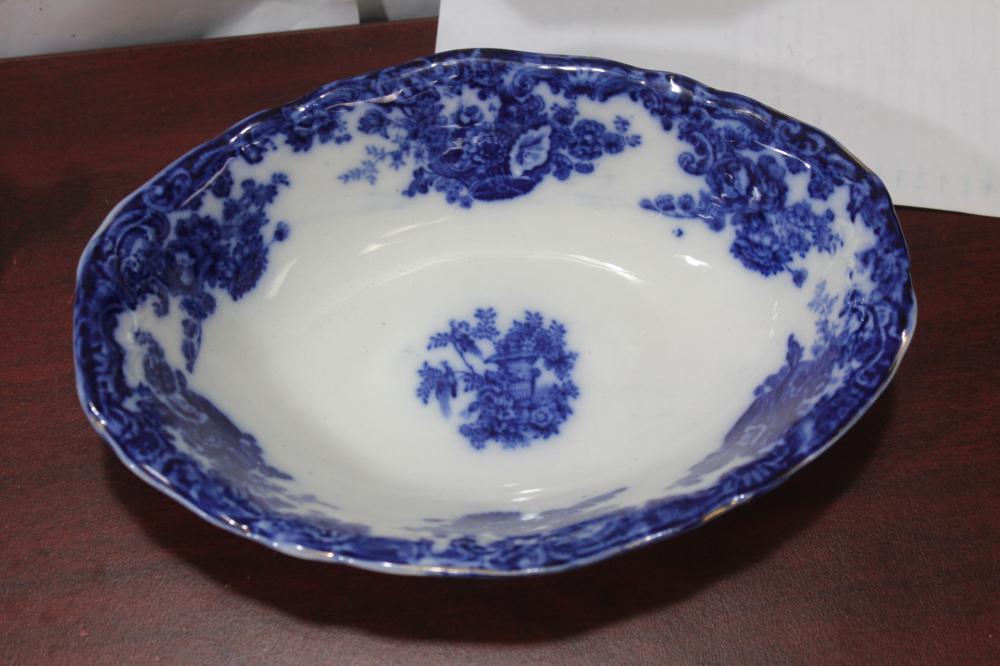 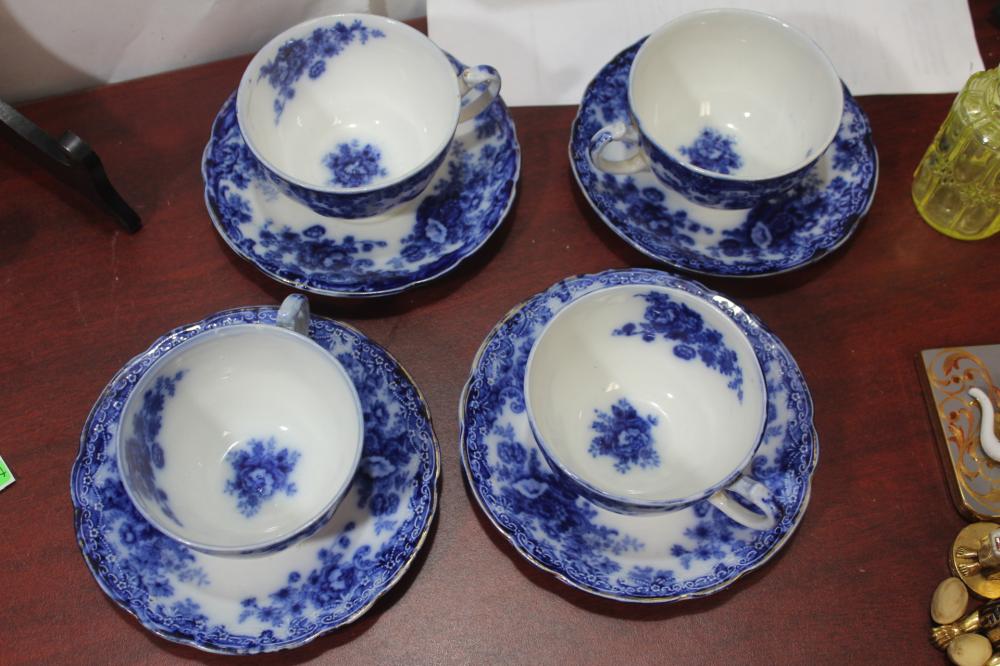 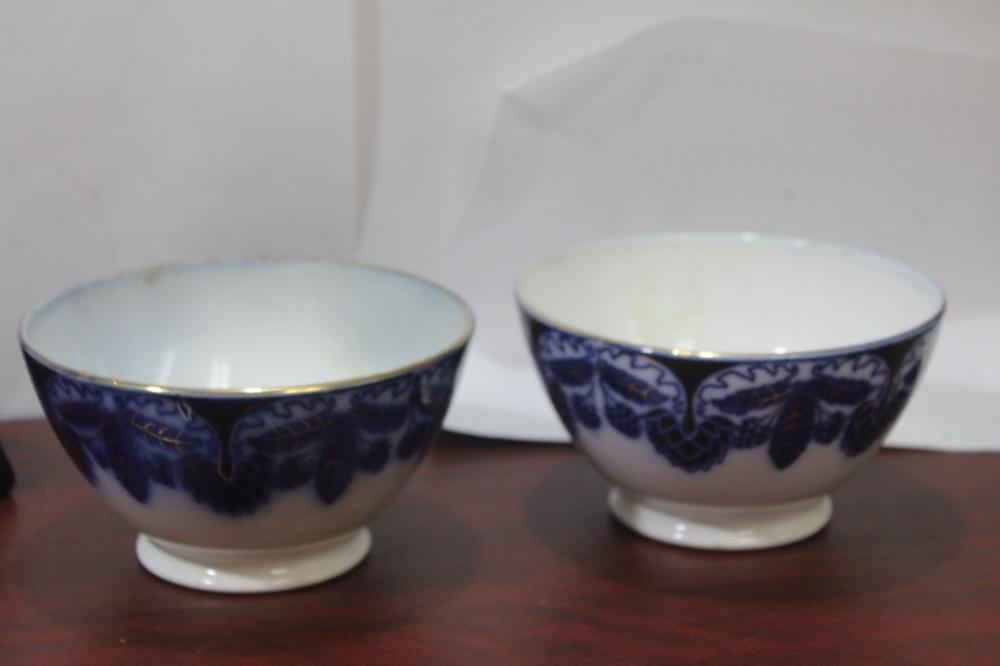 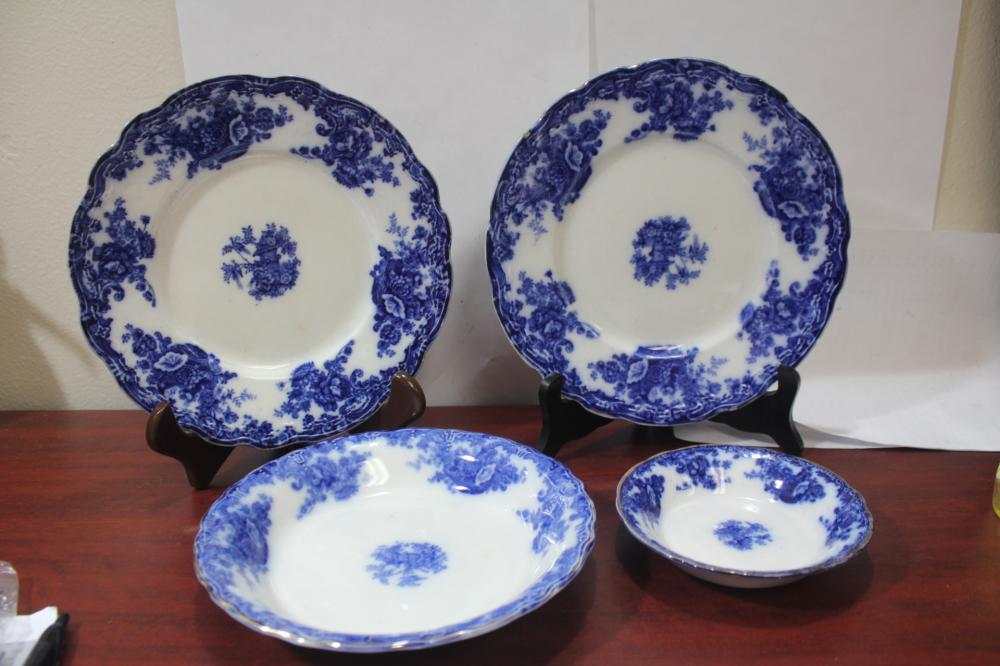 A Lot of 4 Flow Blue Articles 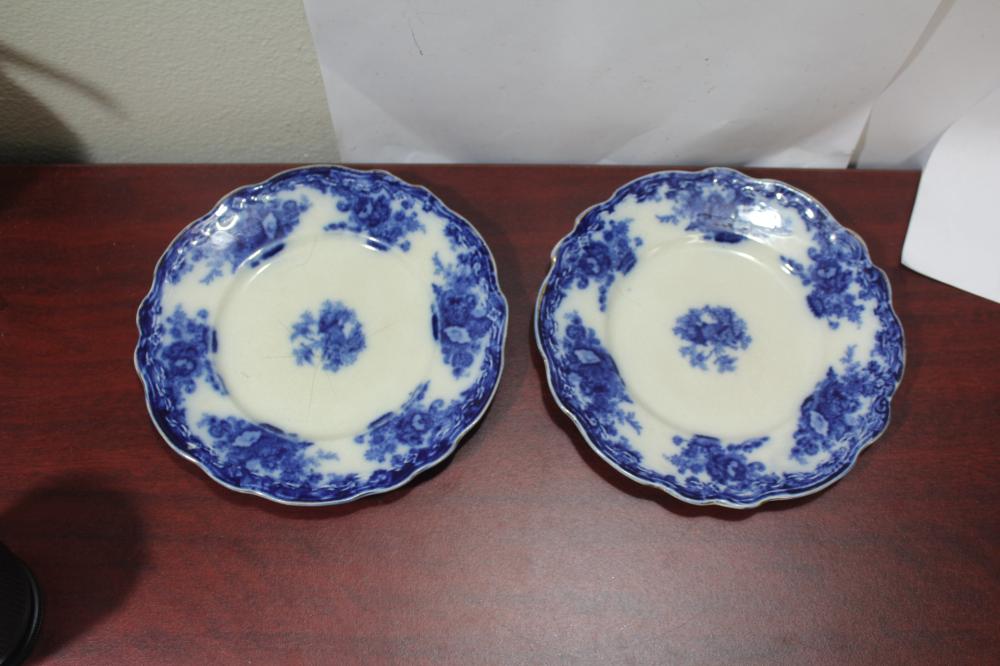 A Pair of Flow Blue Plates 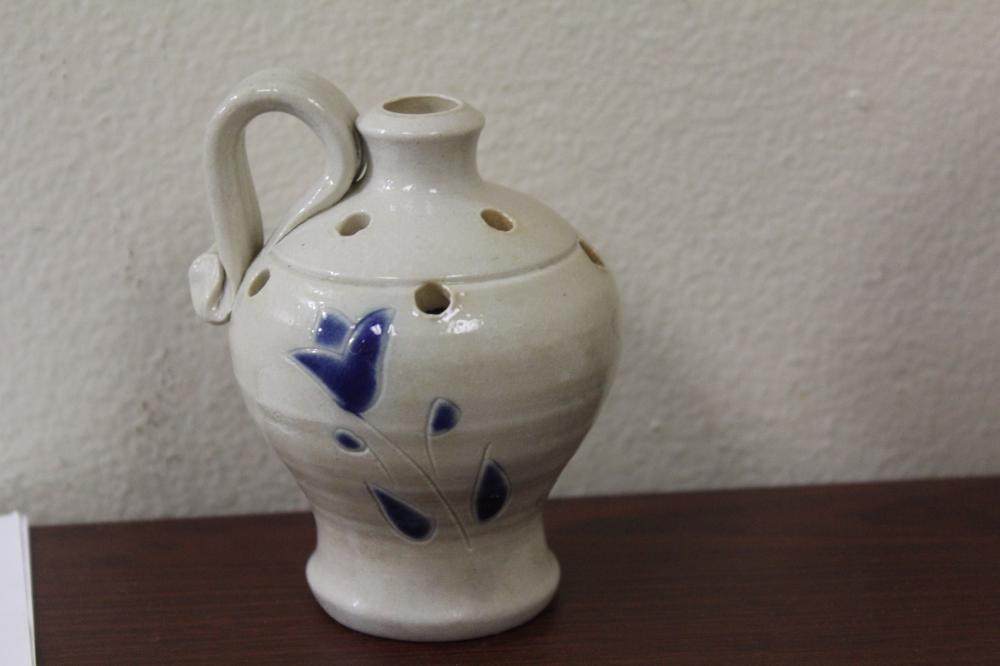 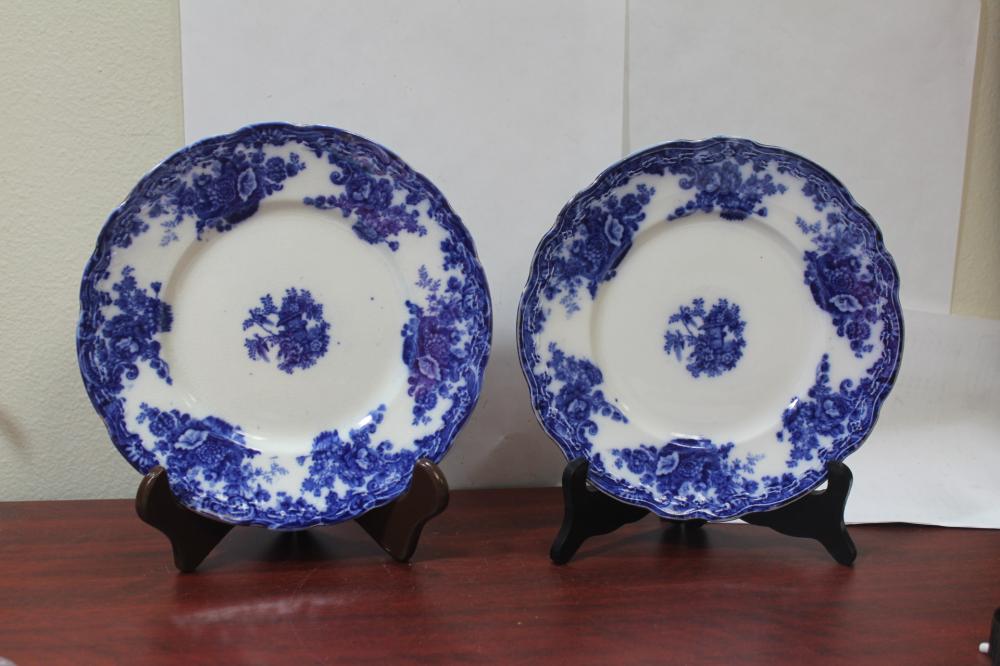 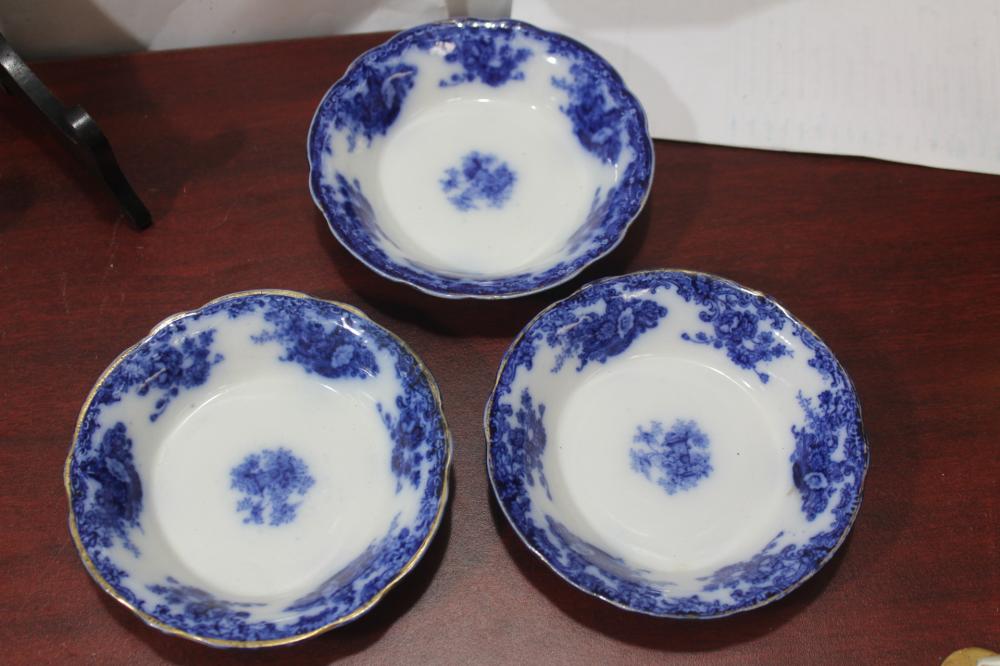 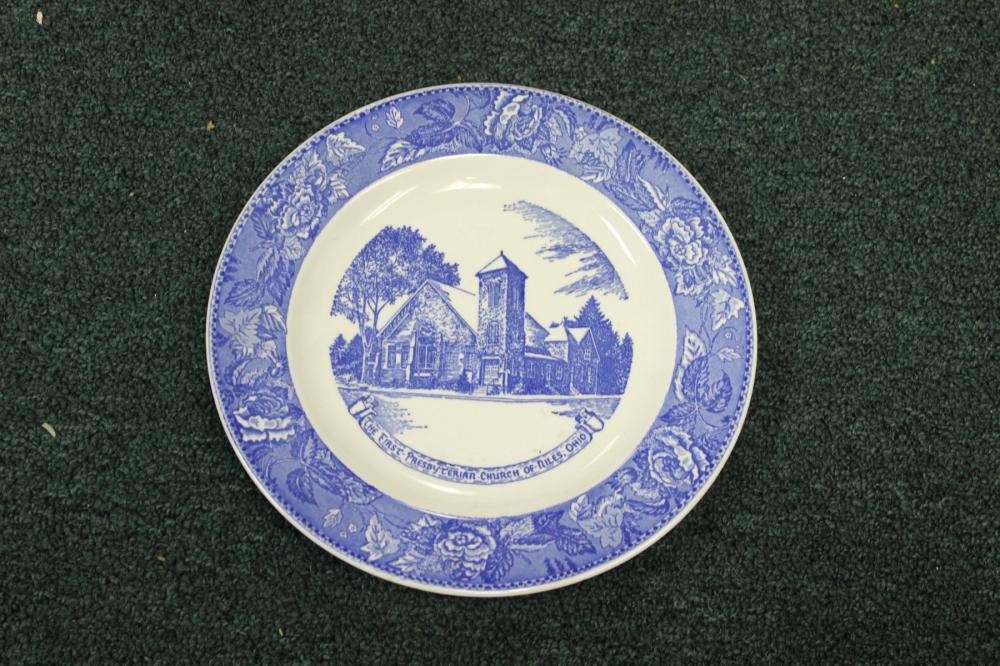 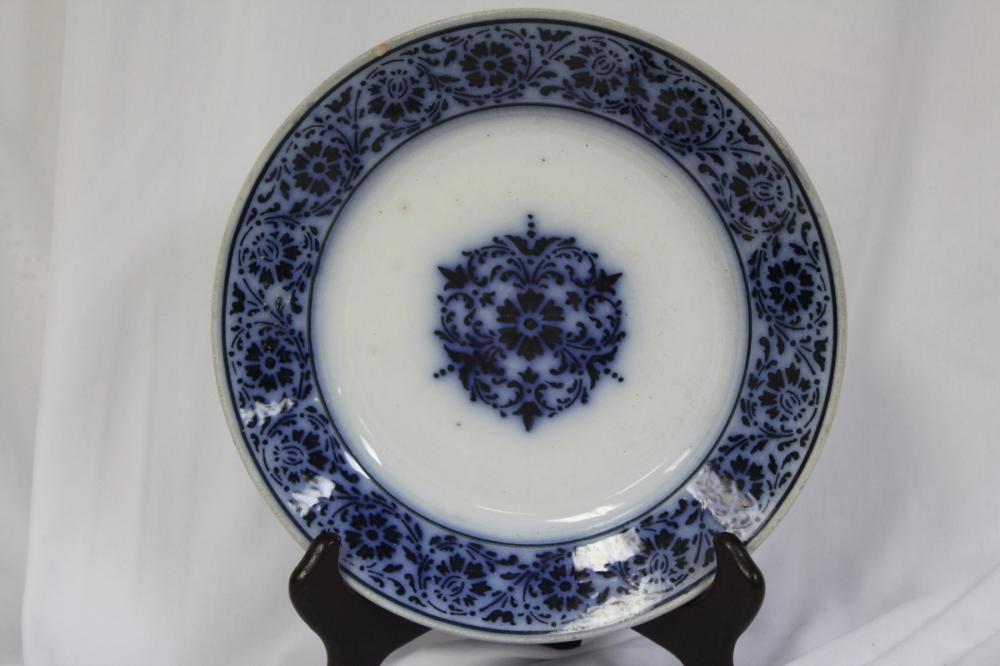 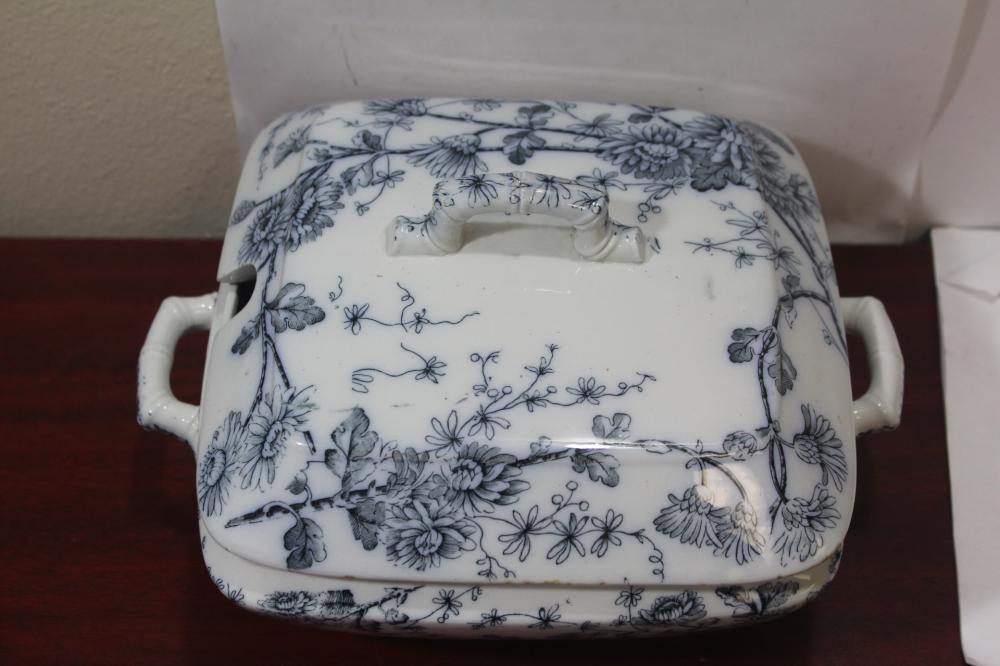 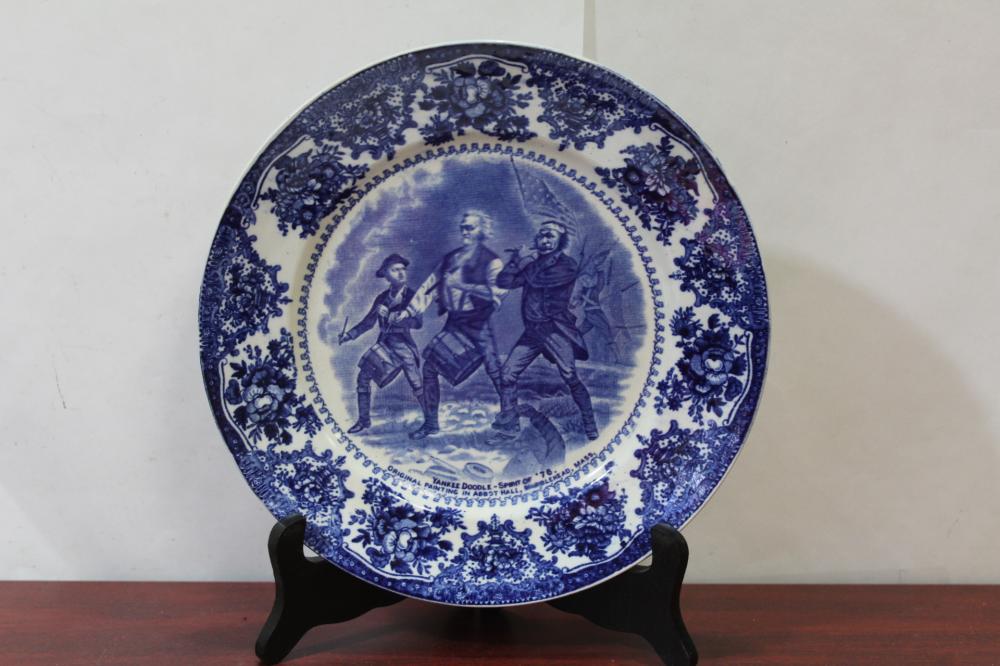 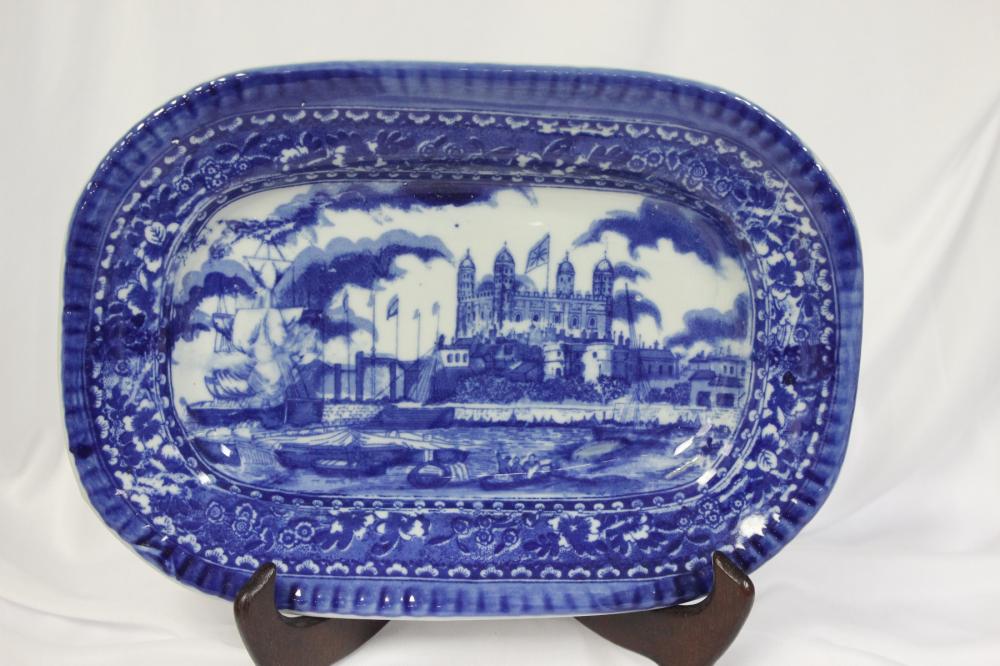 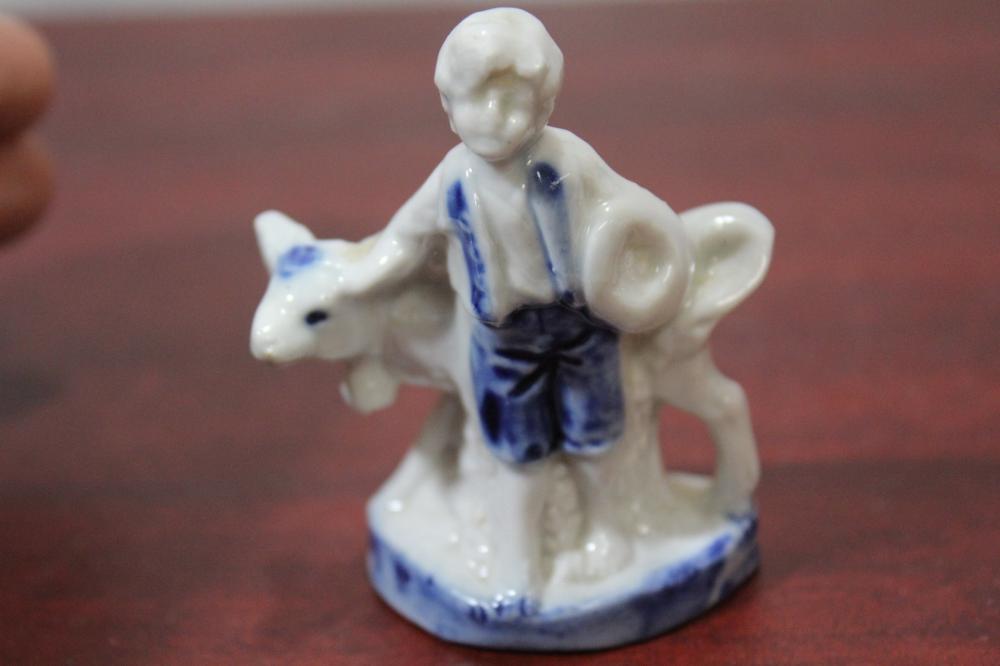 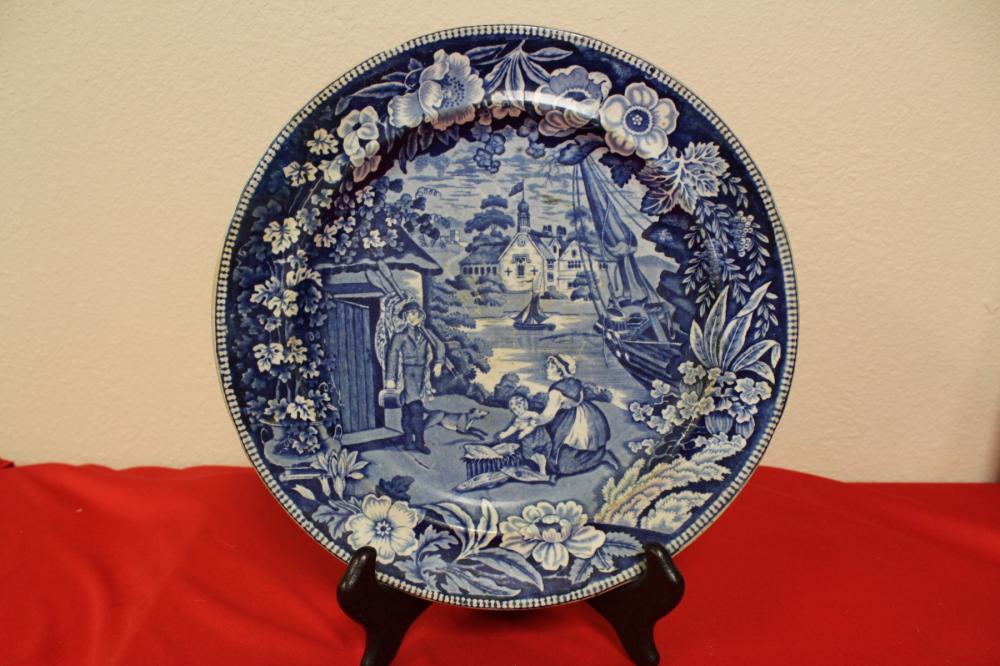 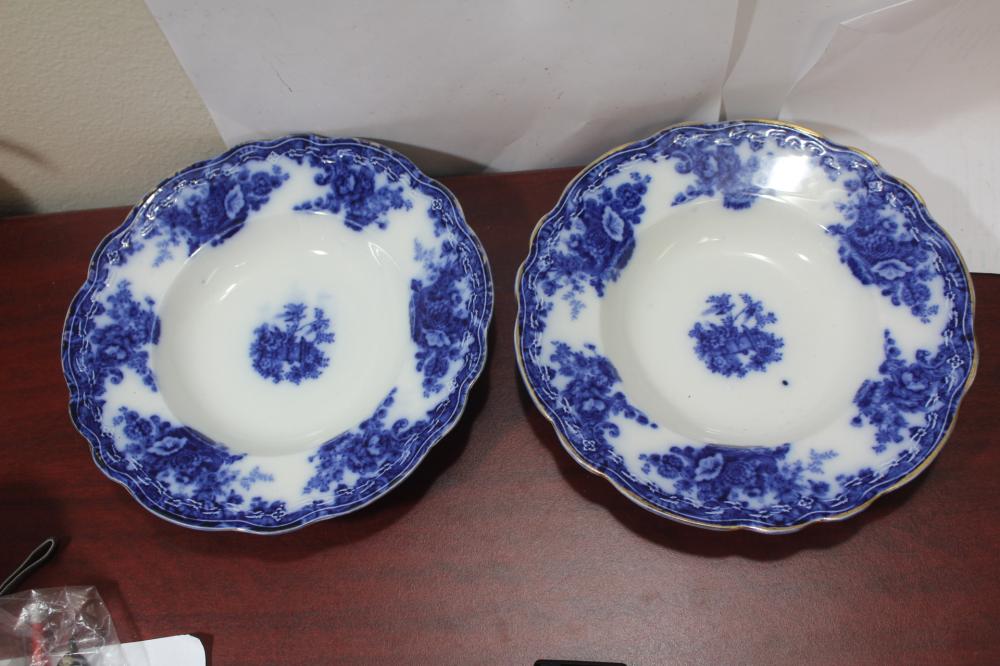 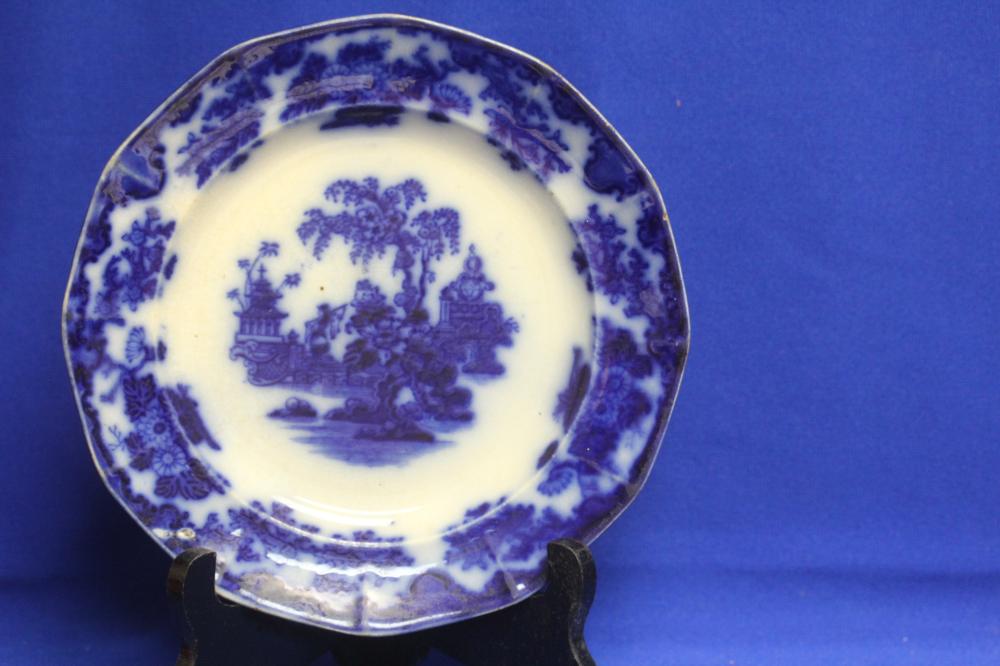 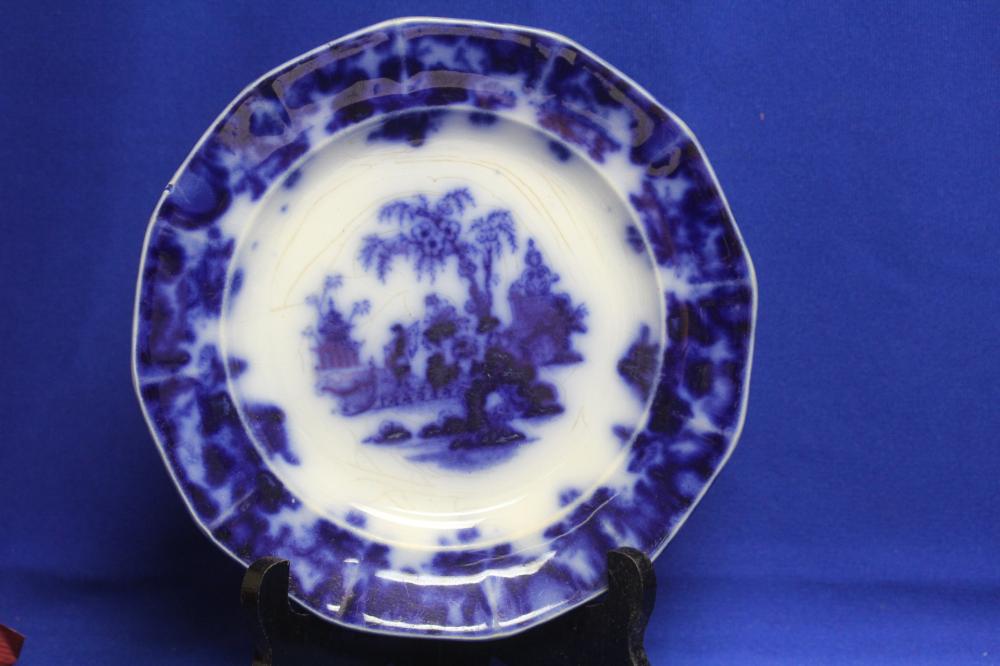 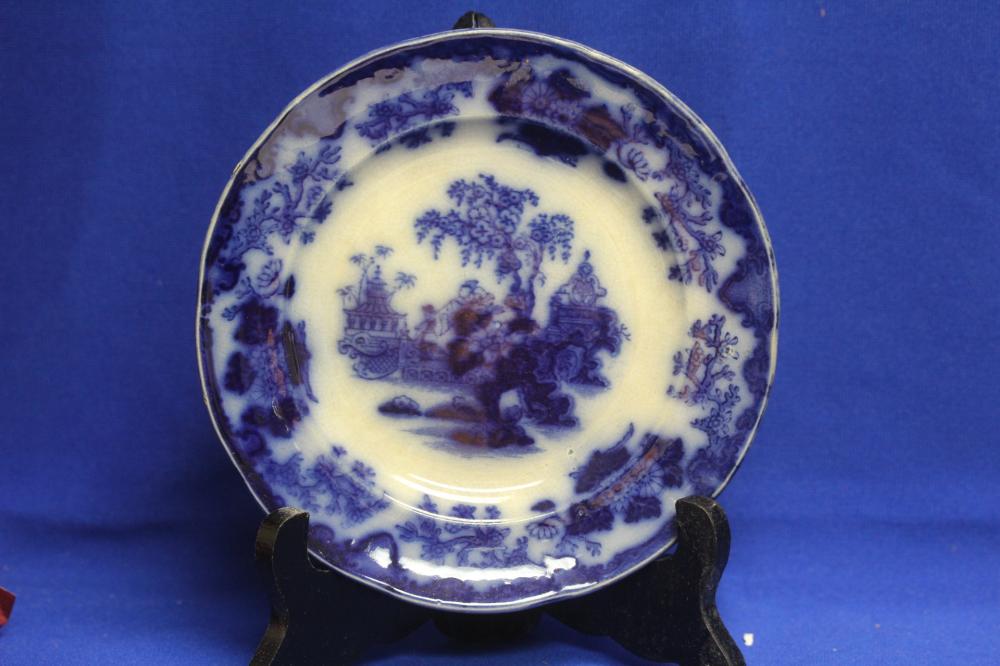