Game calls have a long history of attracting wild game and fowl, and since the mid-1800s, thousands of calls have come and gone in the marketplace. Now considered important pieces of Americana, game calls are becoming prized additions to many collections, especially those made before the modern era of manufacturing.

Native Americans used auditory calls long before the settlers of North America, and natural materials such as grass blades, bone, antlers, and sticks were often used to draw in game animals. By the 1800s, inventors made the first woodwind instrument-style calls and friction calls, setting a baseline for future developments in design and style. Although traditional calls are widely popular in game hunting today, the presence of the digital age is apparent, with electronic calls and smart phone apps available to the tech-savvy hunter.

In regards to overall value, it’s important that a game call retain its original finish and that it has a clean appearance. If a call originally came with a box and instructions, having all three will typically hold better value than the call alone. 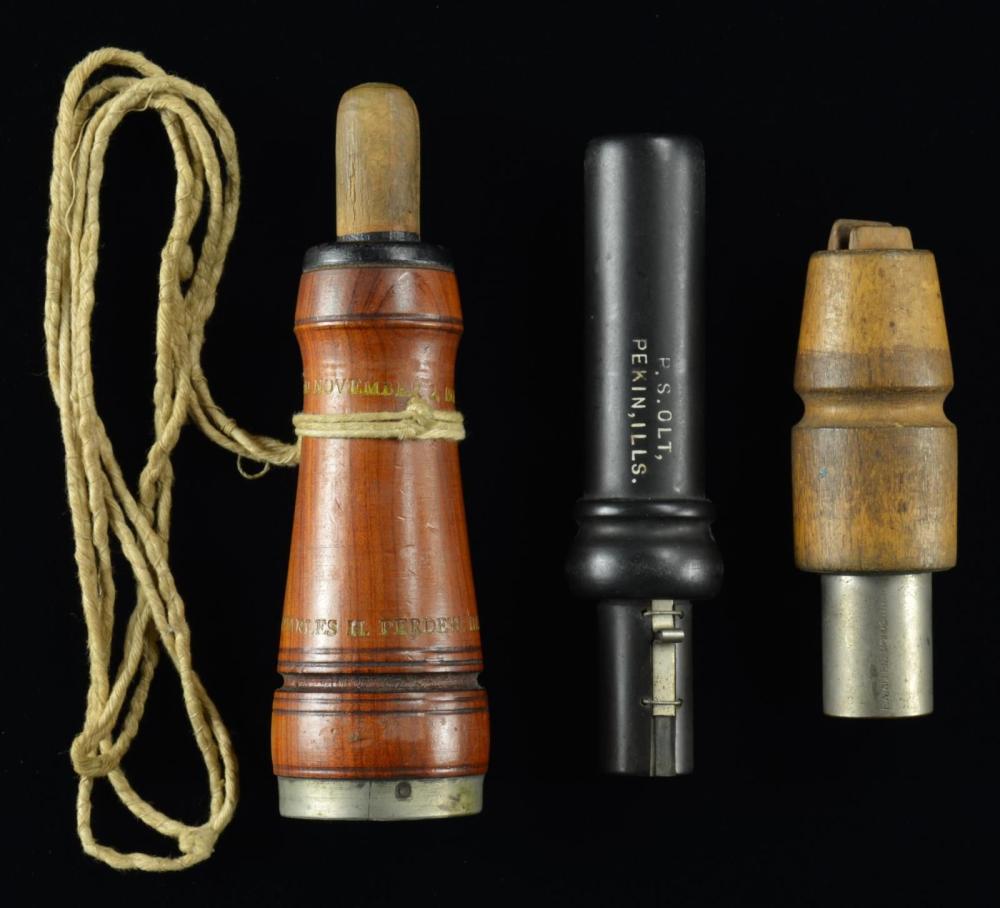