Hermès bracelets offer an artful blend of precious metals and meticulous leatherwork, an homage to the history of the design house and a testament to its continued growth in recent years.

An empire of design recognized by its unmistakable Duc carriage logo, Hermès began first opened its doors in the early 19th century as a purveyor of fine equestrian leather goods. As the decades passed, the Hermès brand grew to encompass additional leather goods, particularly handbags, as well as silk scarfs, perfumes, jewelry, and most recently, housewares.

Hermès bracelets often feature motifs reminiscent of the brand’s equestrian past, with knots and hinges akin to fittings found on horse tack. Though functional, these pieces are simultaneously aesthetically striking, with highly polished silver and gold accentuating vibrantly colored leather, enamel or, in the most luxurious instances, inlaid diamonds. 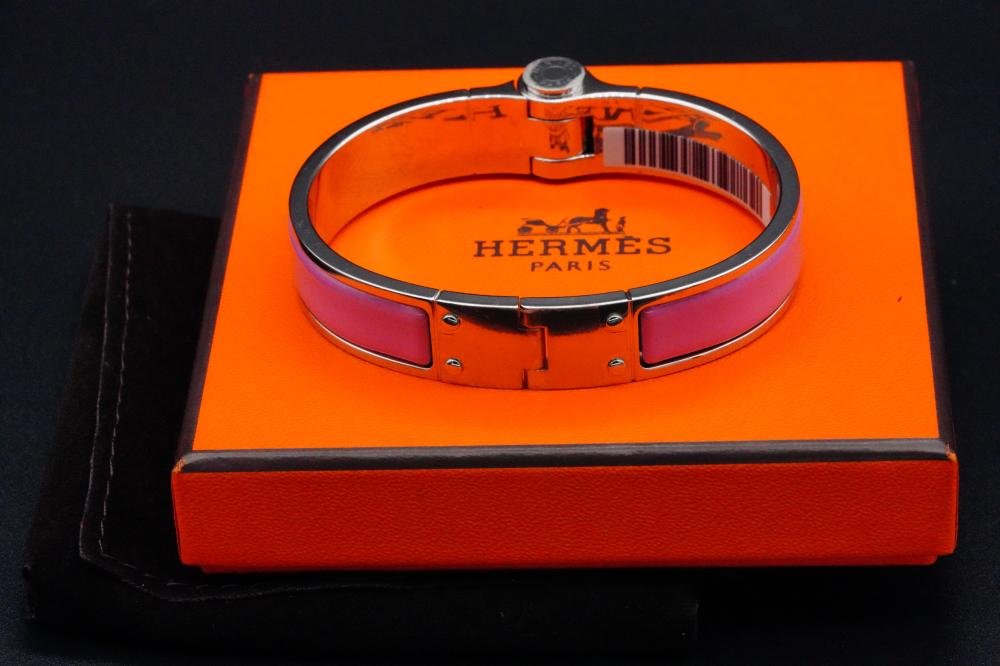 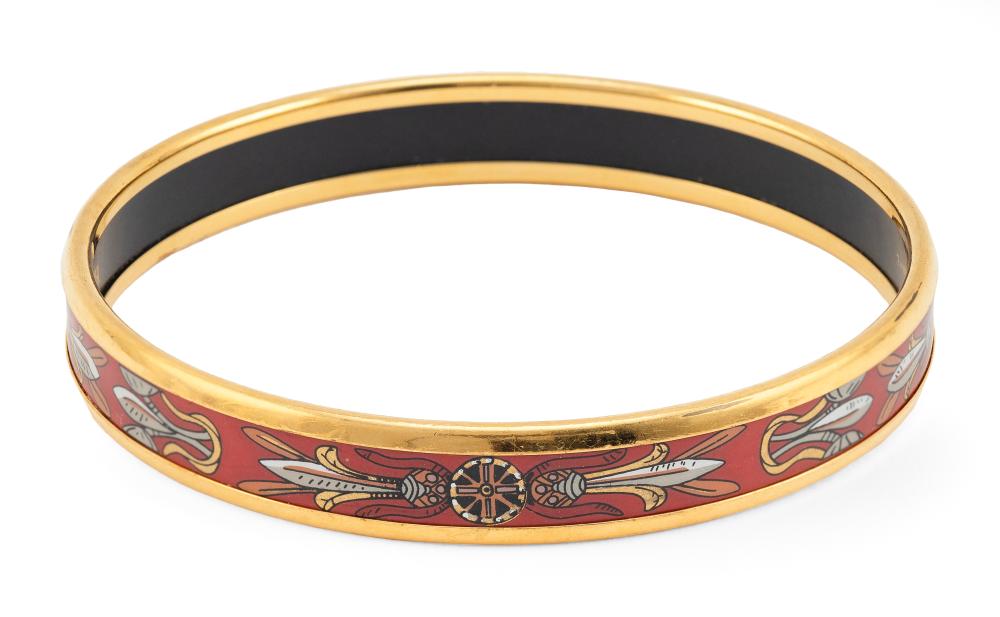 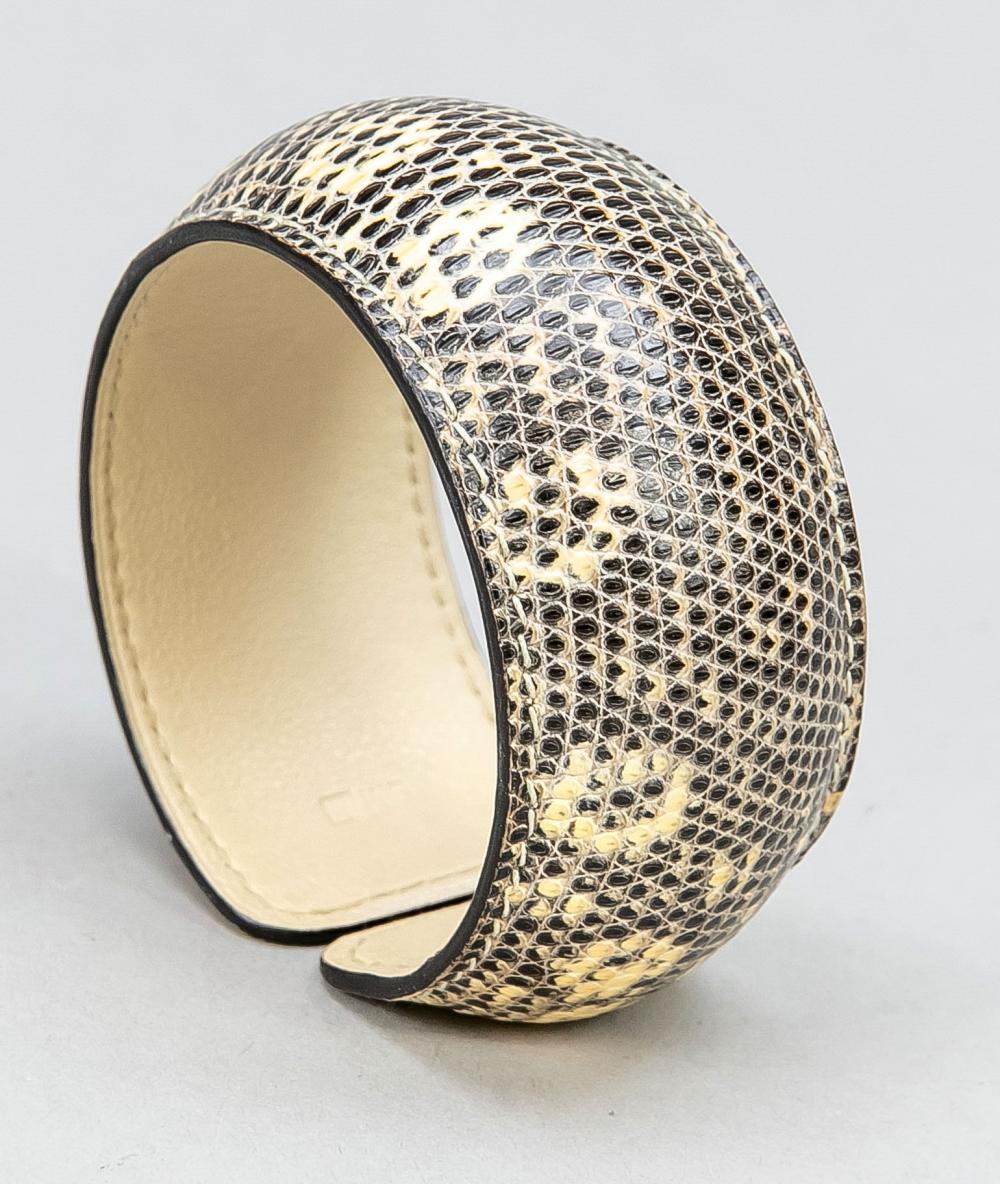 Hermes, wide open bangle in re 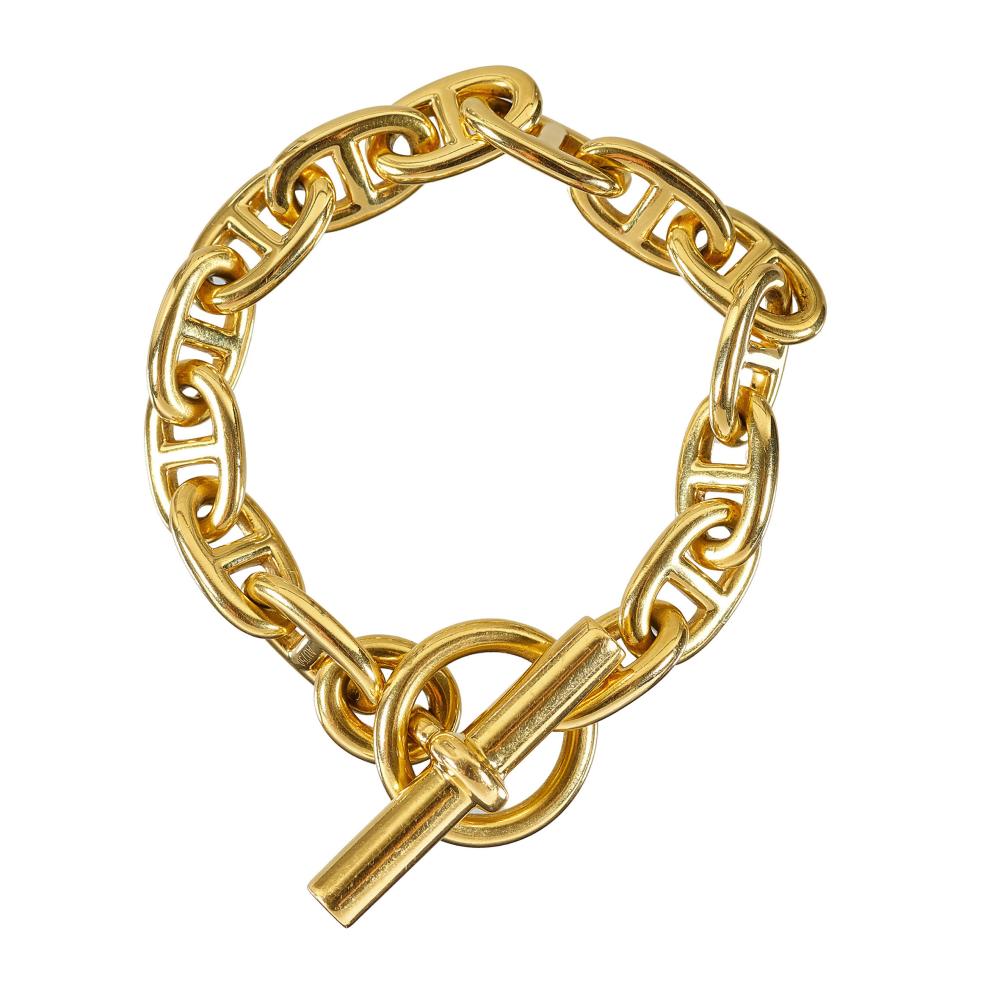 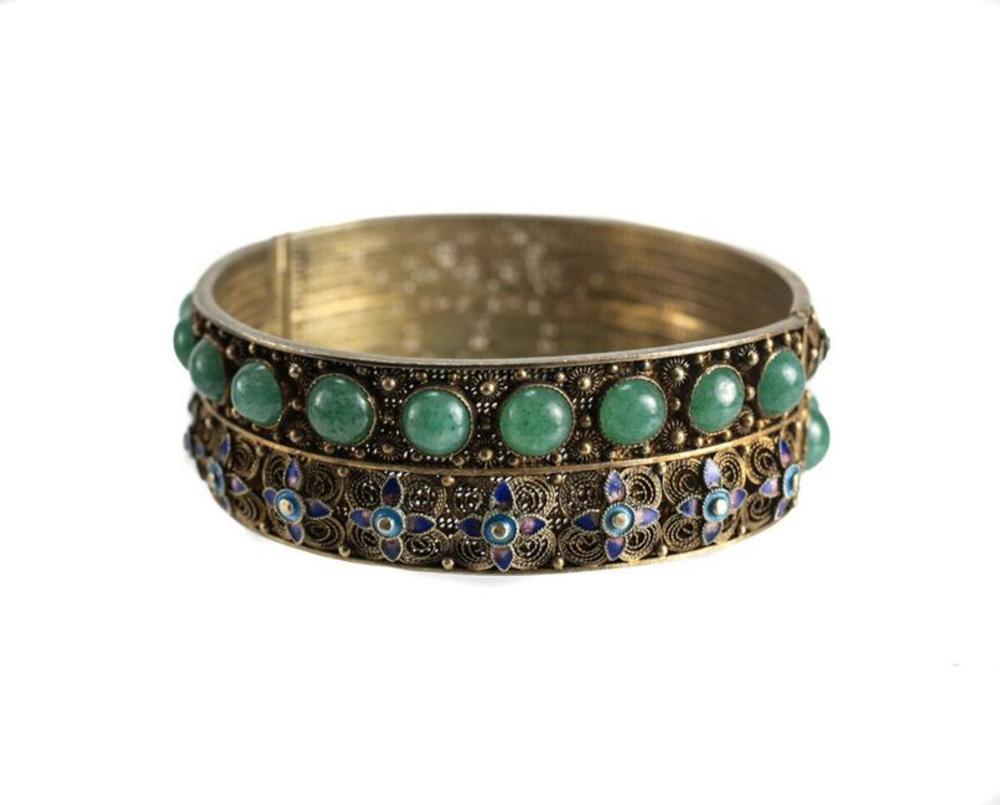 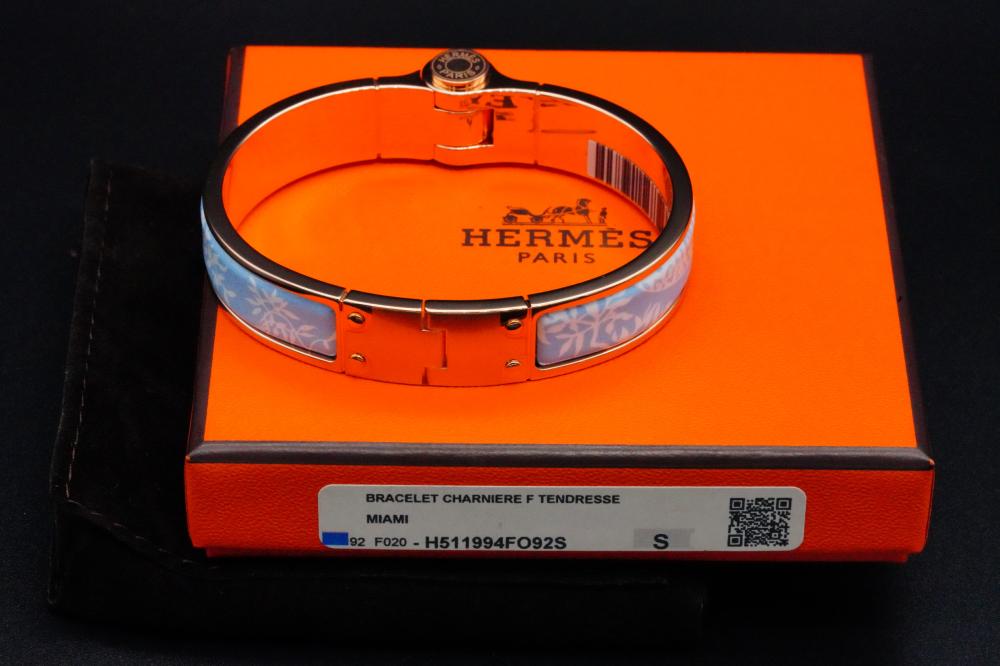 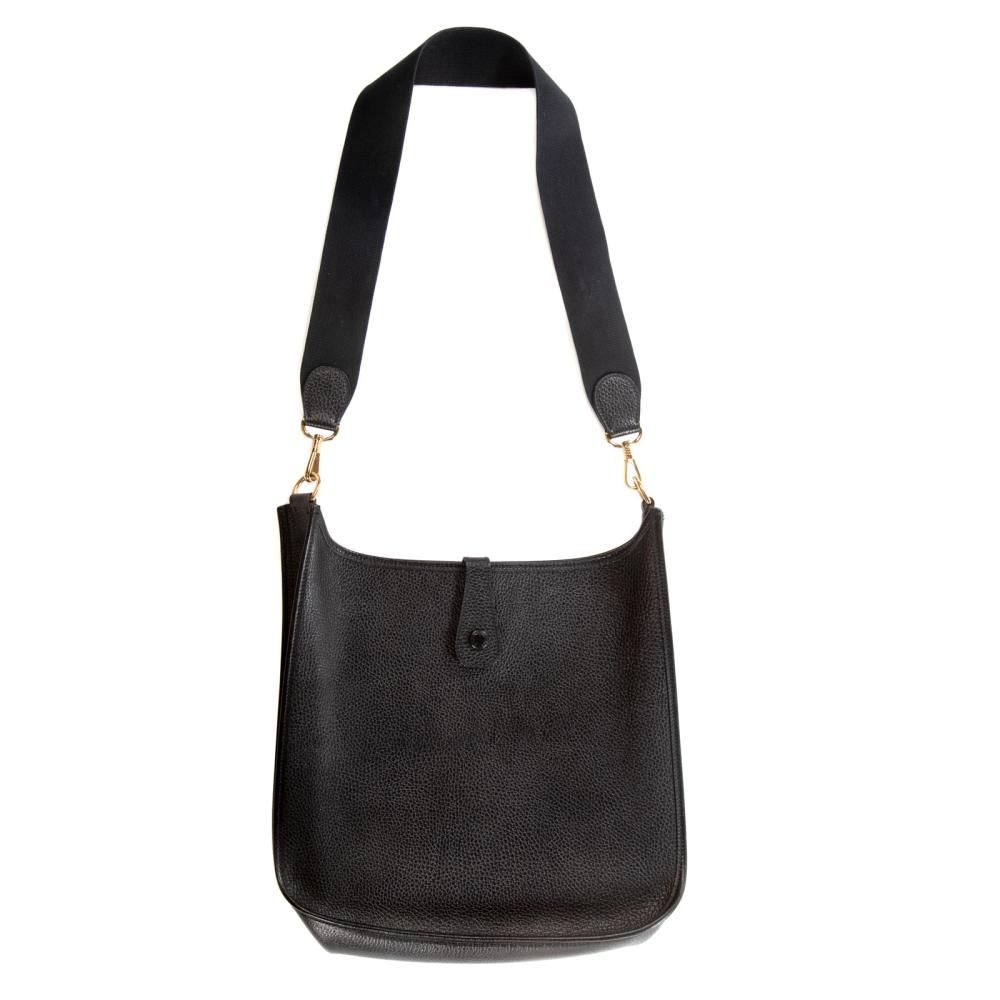 An Hermes Evelyne I GM 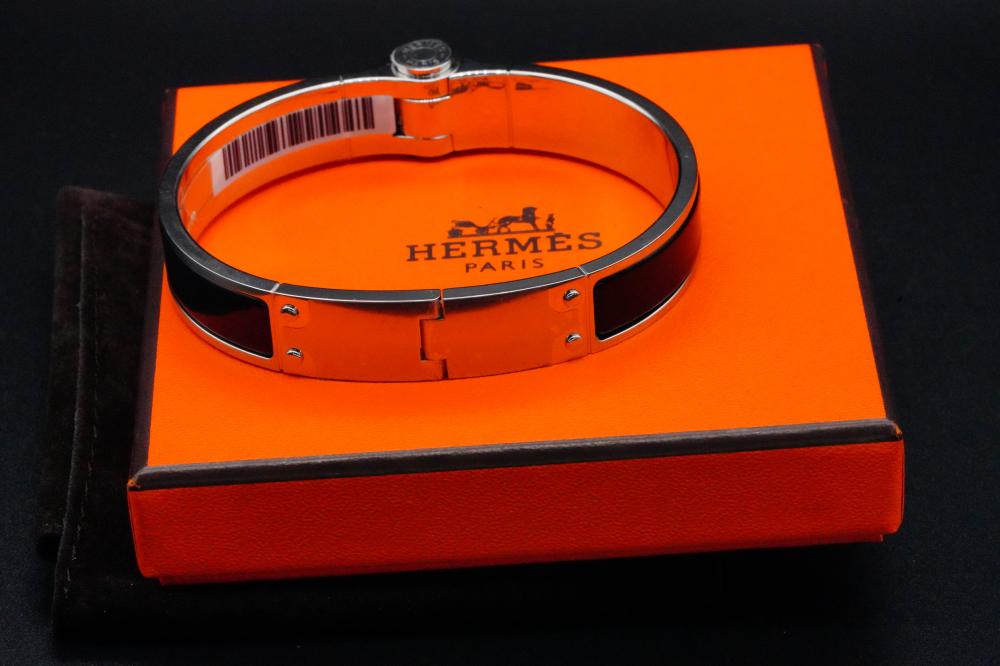 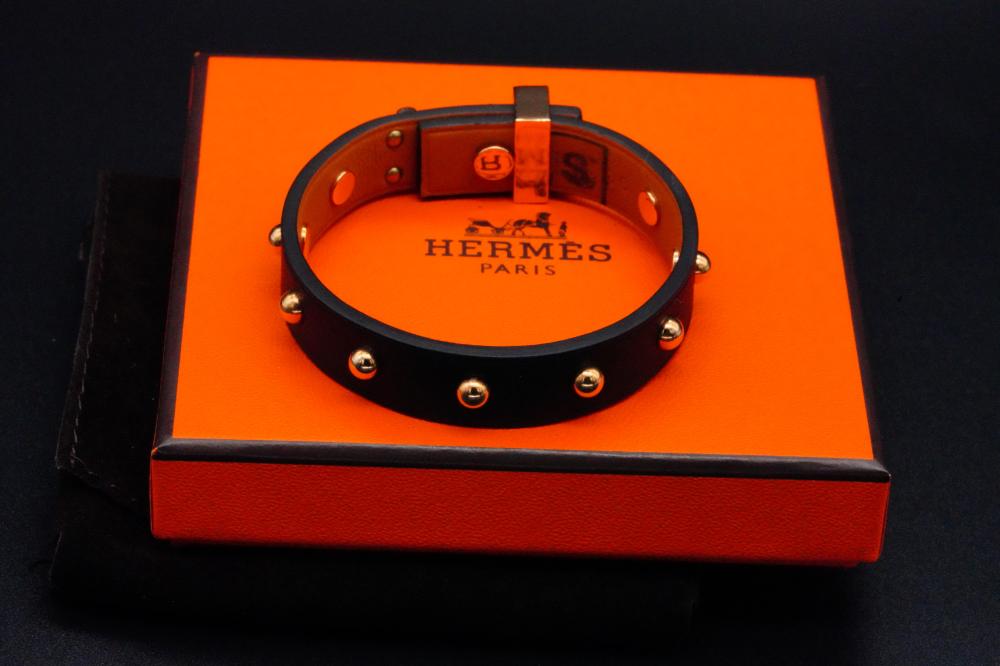 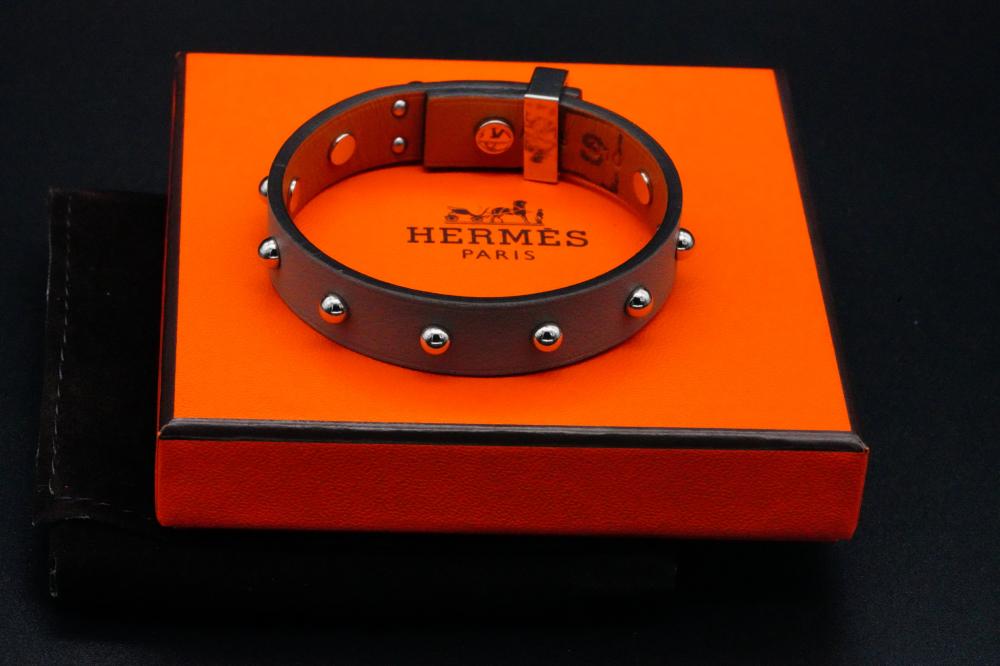 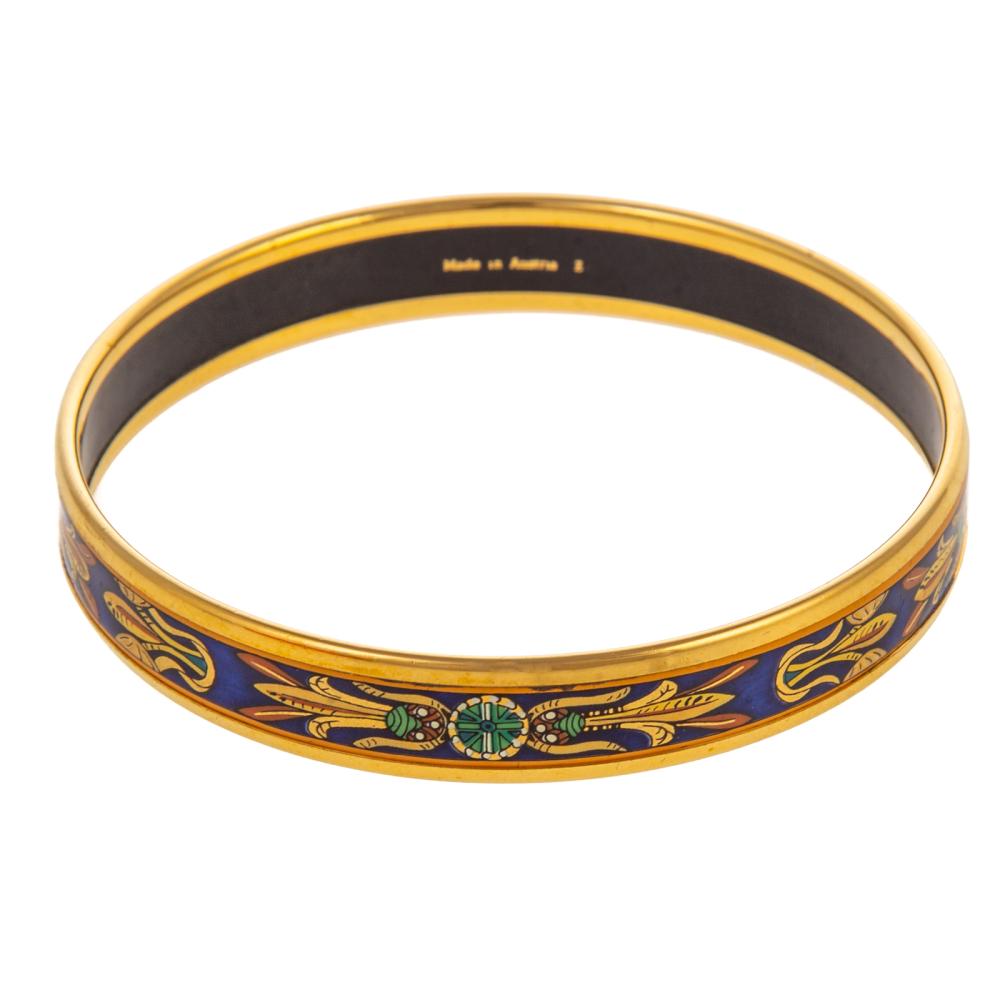