Also known as “The Sport of Kings,” horse racing is one of the world’s oldest gaming endeavors, with an organized history dating back to early Greece and Asia. Its establishment as a professional sport actually began in 18th-century England, during the reign of Queen Anne.

The earliest horse racing memorabilia known to exist dates back to the 1700s, and scarce pieces like racing trophies and original artwork will command high prices on auction. For the average collector today, common investments can include racing cards, pin back buttons, glassware, photos, books, and periodicals. As a rule of thumb, sets and collections sell better, and choosing well-known horses, jockeys, or events is a beneficial investing tactic.

Unlike other sports, horse racing’s triple crowns tend to bring an ebb and tide to the collecting world. For a horse to win all three races is an outstanding accomplishment—a feat often seen only once every few decades. It’s typical for memorabilia sales to heighten considerably after a triple crown winner is announced, bringing forth a resurgence to the hobby and new generation of collectors. 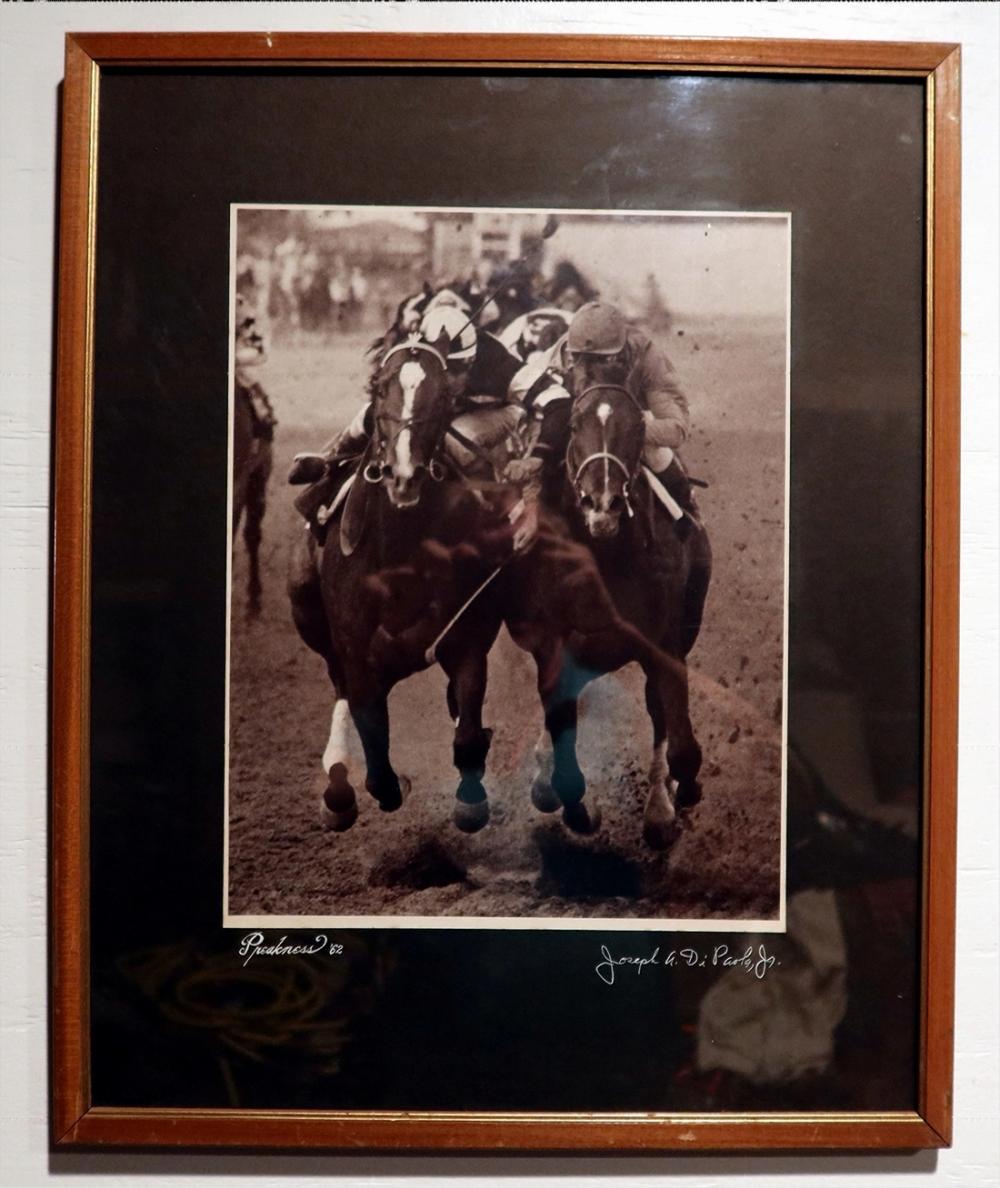 THE PREAKNES" STRETCH DUEL IN WHICH ‘ALL HECK BROKE LOOSE’ 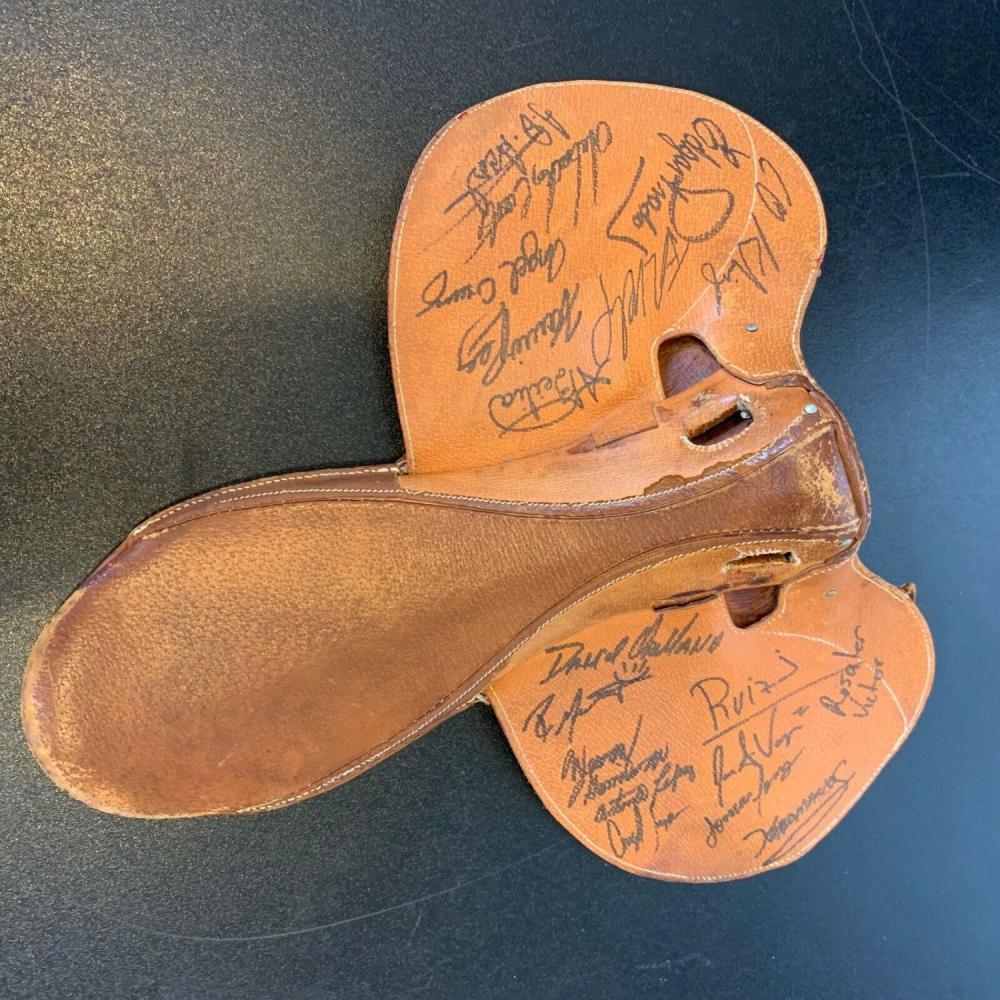 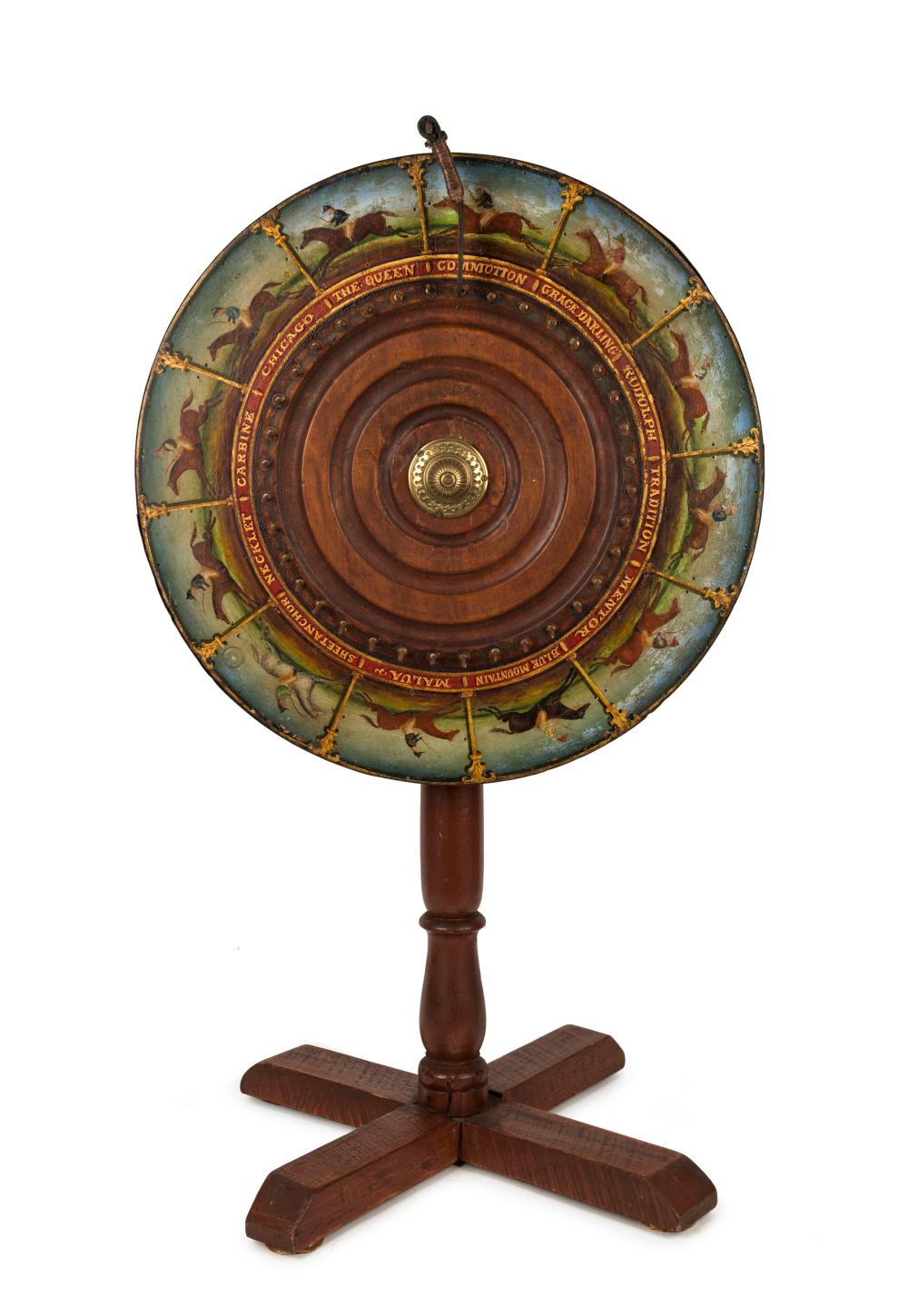 AN ANTIQUE AUSTRALIAN HORSE RACING WHEEL-OF-CHANCE A wheel-of-chance depicting twelve different Australian racehorses, painted and titled in oil paint on cedar, the wheel surrounded by brass strapping and mounted on a later stand; the wheel circa 18 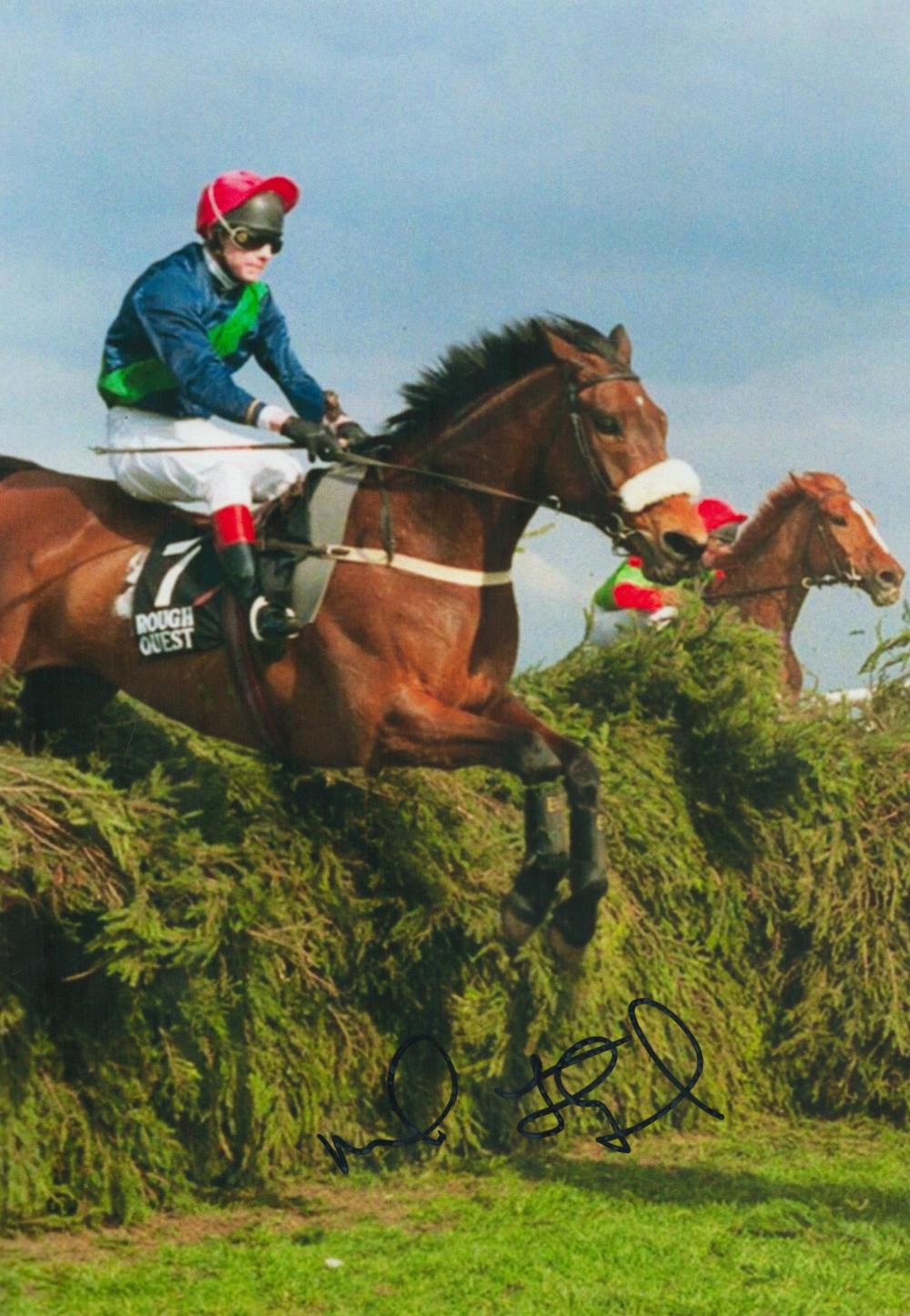 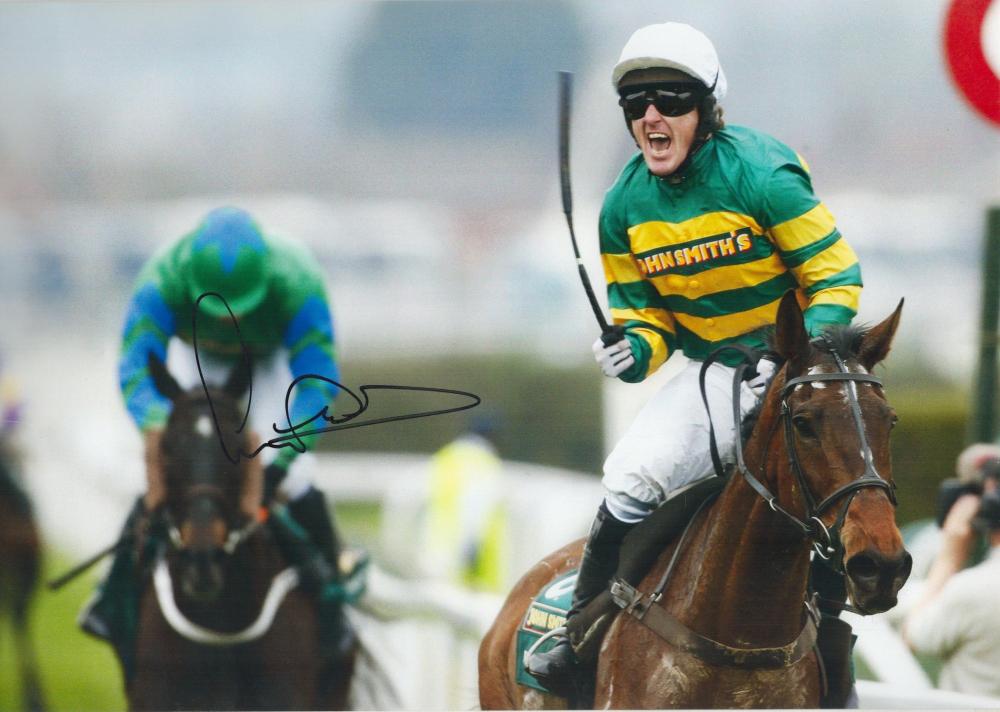