While rug-weaving has been a craft in India since 500 B.C., the modern Indian carpet was not introduced until the 1600s when Emperor Akbar, ruler of Northern India, Afghanistan, and Persia, wished to emulate the opulence found in Persia. Akbar founded carpet-weaving centers, where the workmanship adopted both Persian techniques and motifs. Weaving spread across India, and the carpets eventually took on a distinctly Indian tone, although the influence of Persia was still visible.

When Akbar’s son, Jahangir, reigned over India, rug weaving reached its pinnacle in the country. The use of silk and pashmina allowed for a greater number of knots per square inch and give Indian carpets the soft pile for which they are known. Many Indian antique rugs are made entirely of silk. Indian rugs also incorporated jewels or stones in the design, giving the carpets a rich, royal appearance. Botanical figures, floral and geometric designs, and animals flourished in the rug designs. Natural dyes allowed for shading and gradation of similar colors. The tradition continued during Shahjahan’s reign, during which time Chinese and European patterns were introduced.

Indian carpet production fell during the 19th century due to the new demand for synthetic dyes. European companies flooded the market with Mughal motifs. Today, carpets and durries (smaller, cotton-based rugs) are still made and exported from India on a smaller scale than during the reigns of the emperors, although new training centers are bringing back the tradition of rug weaving. 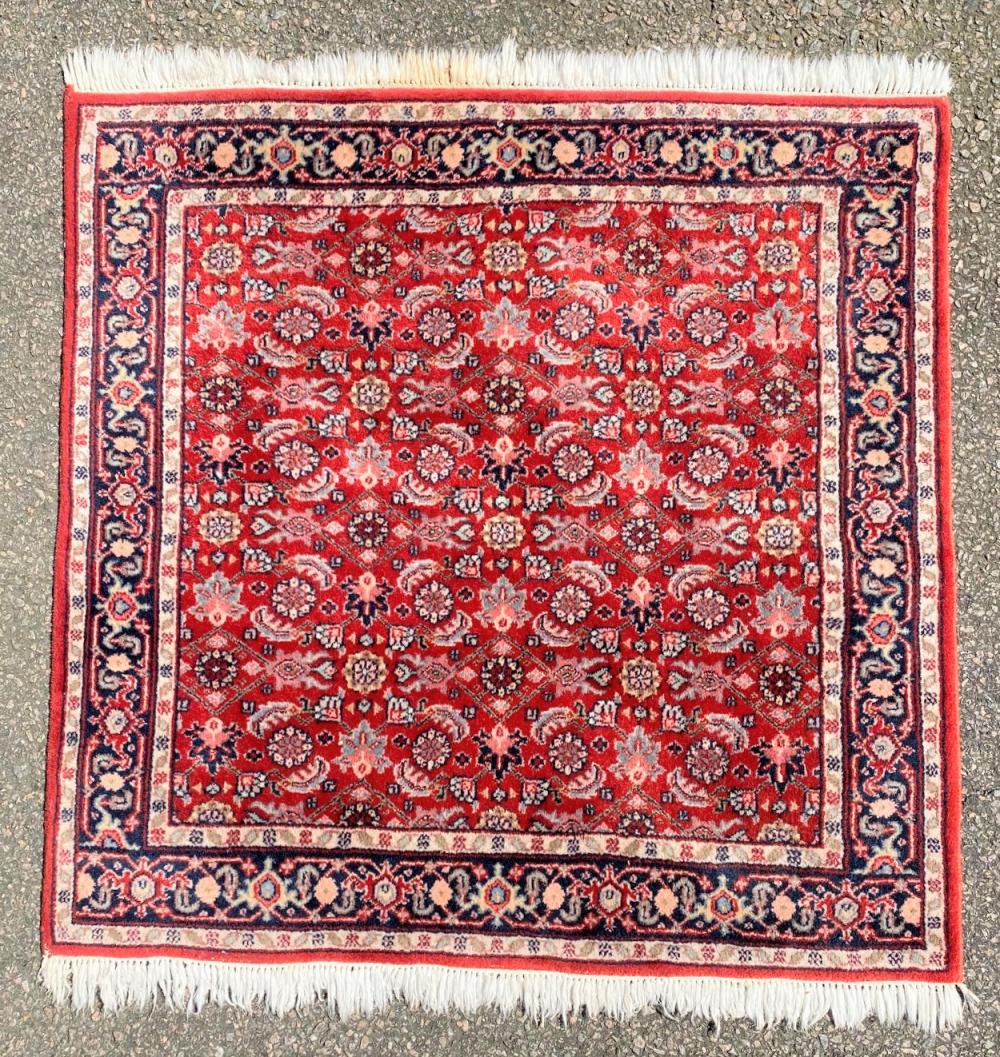 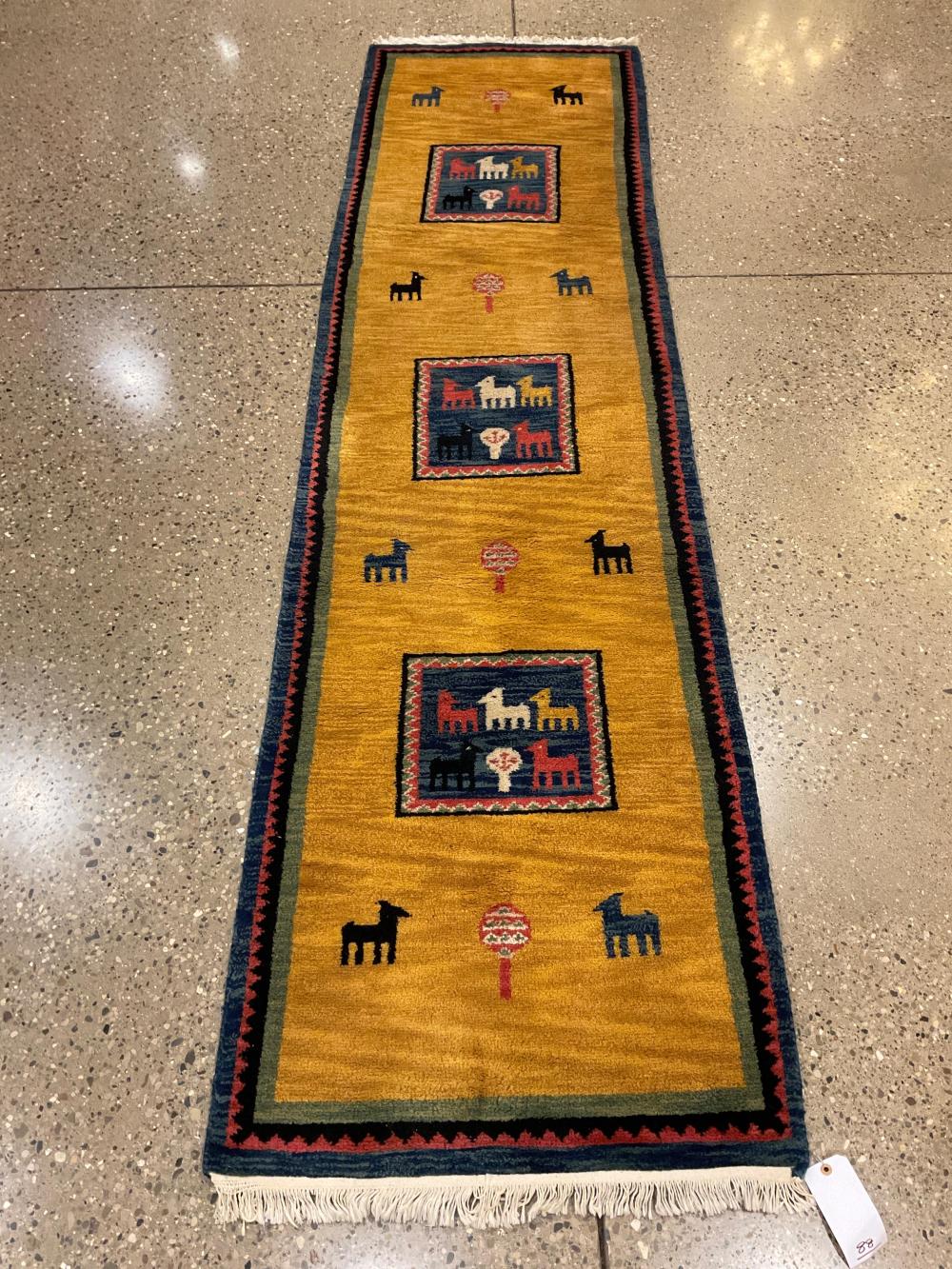 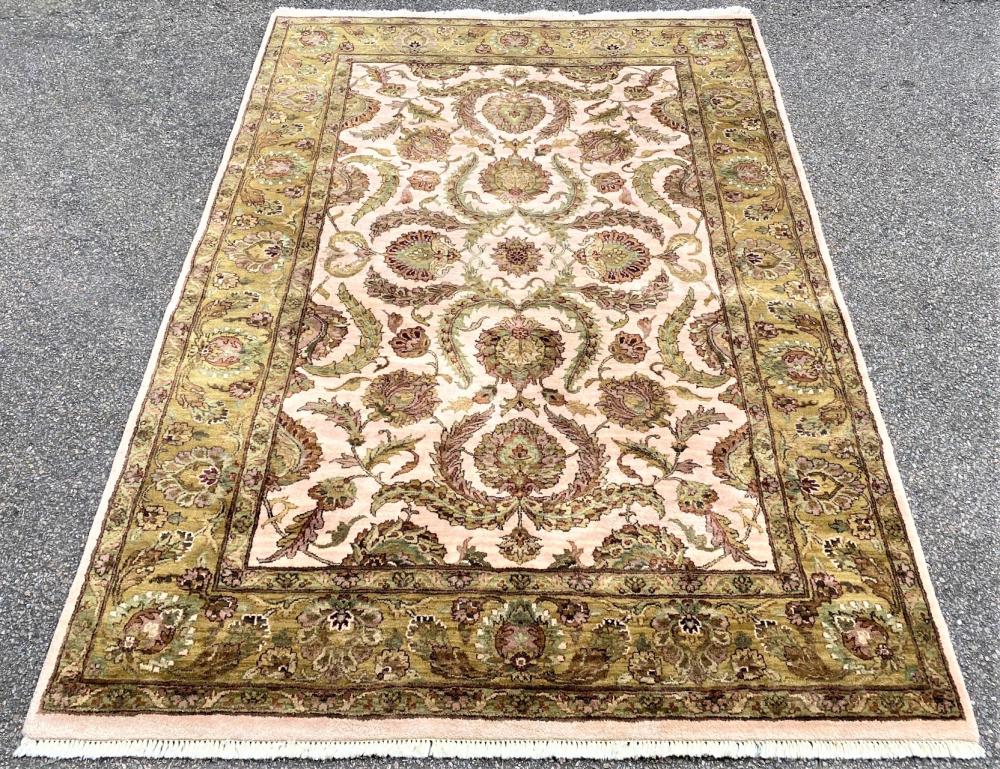 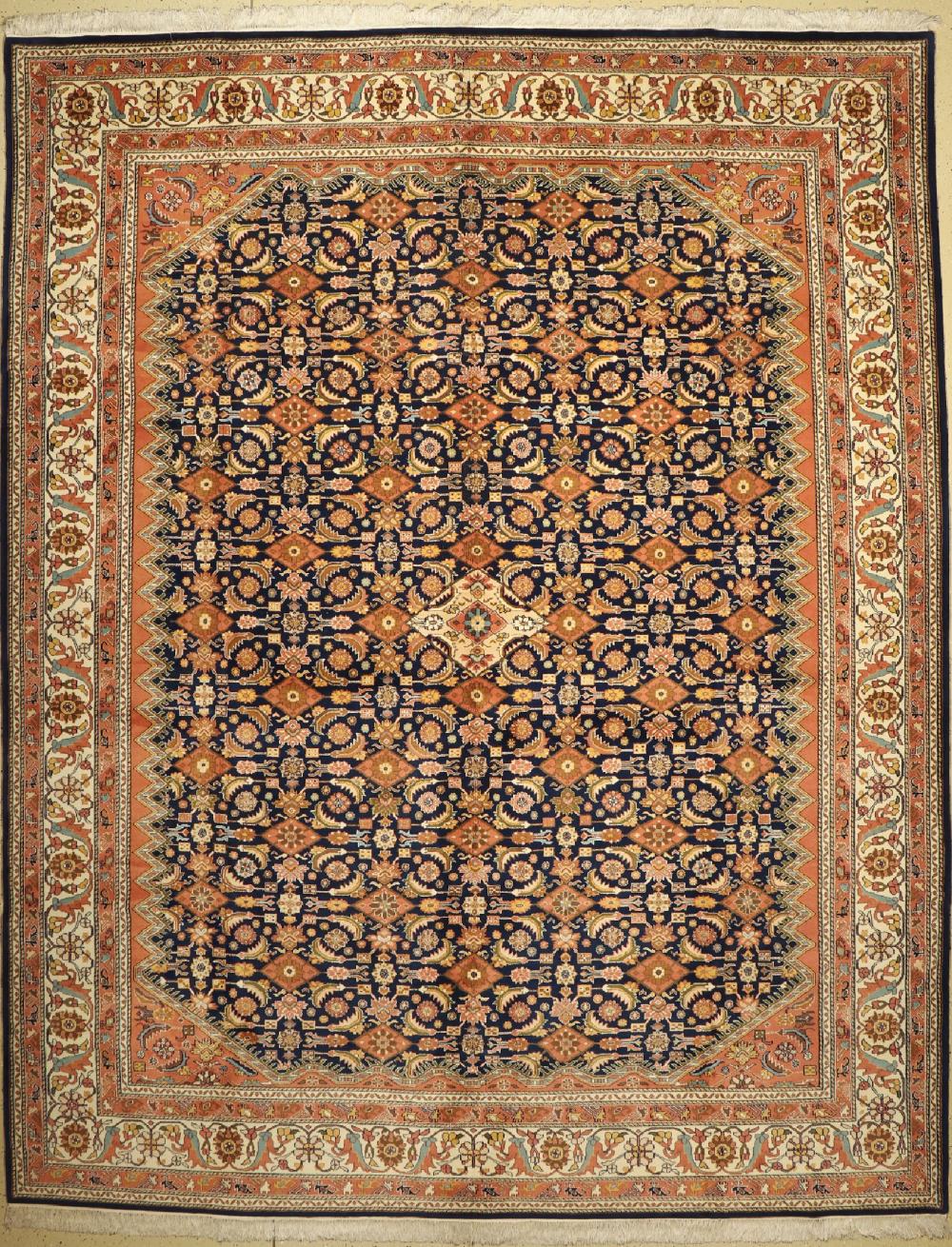 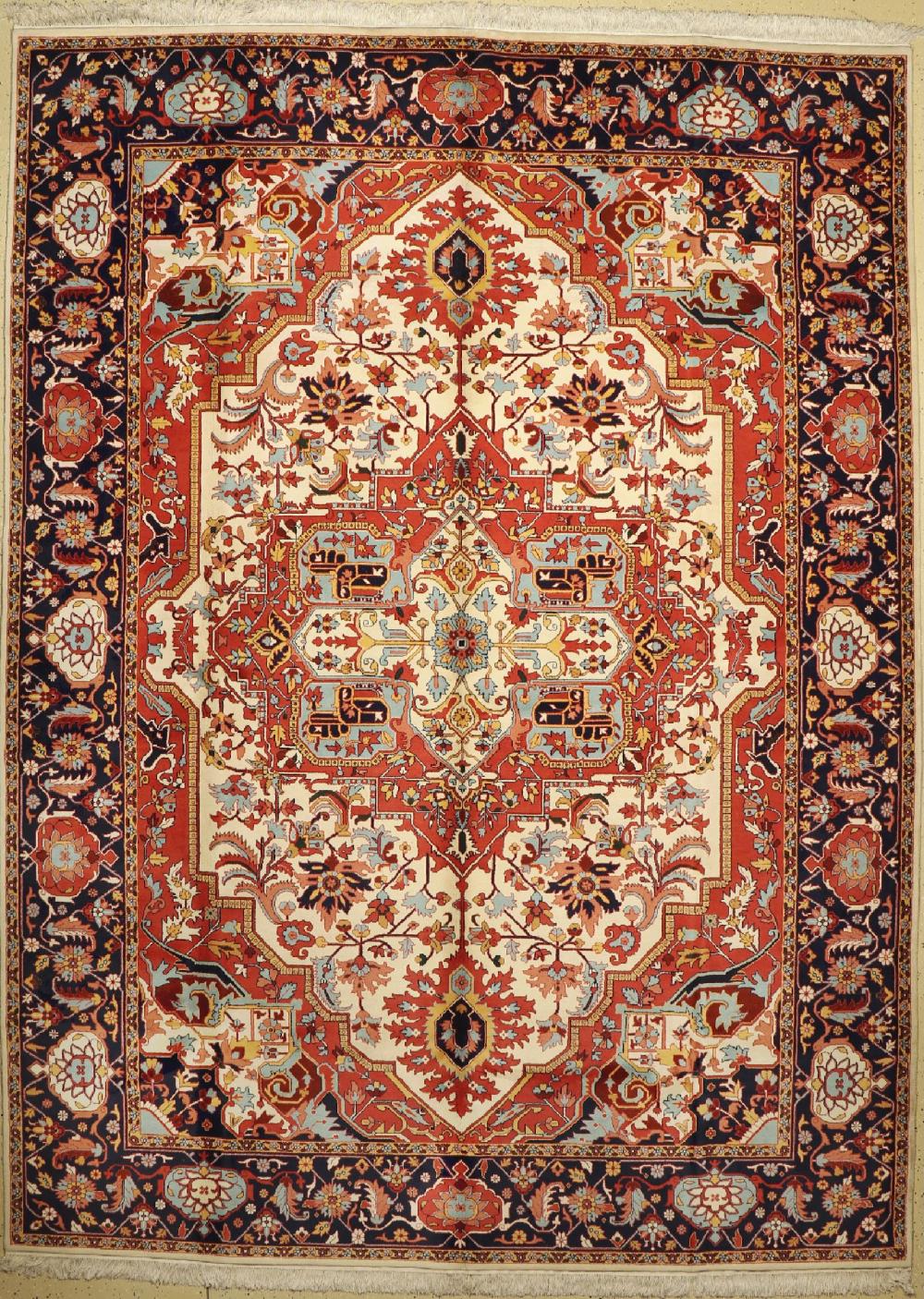 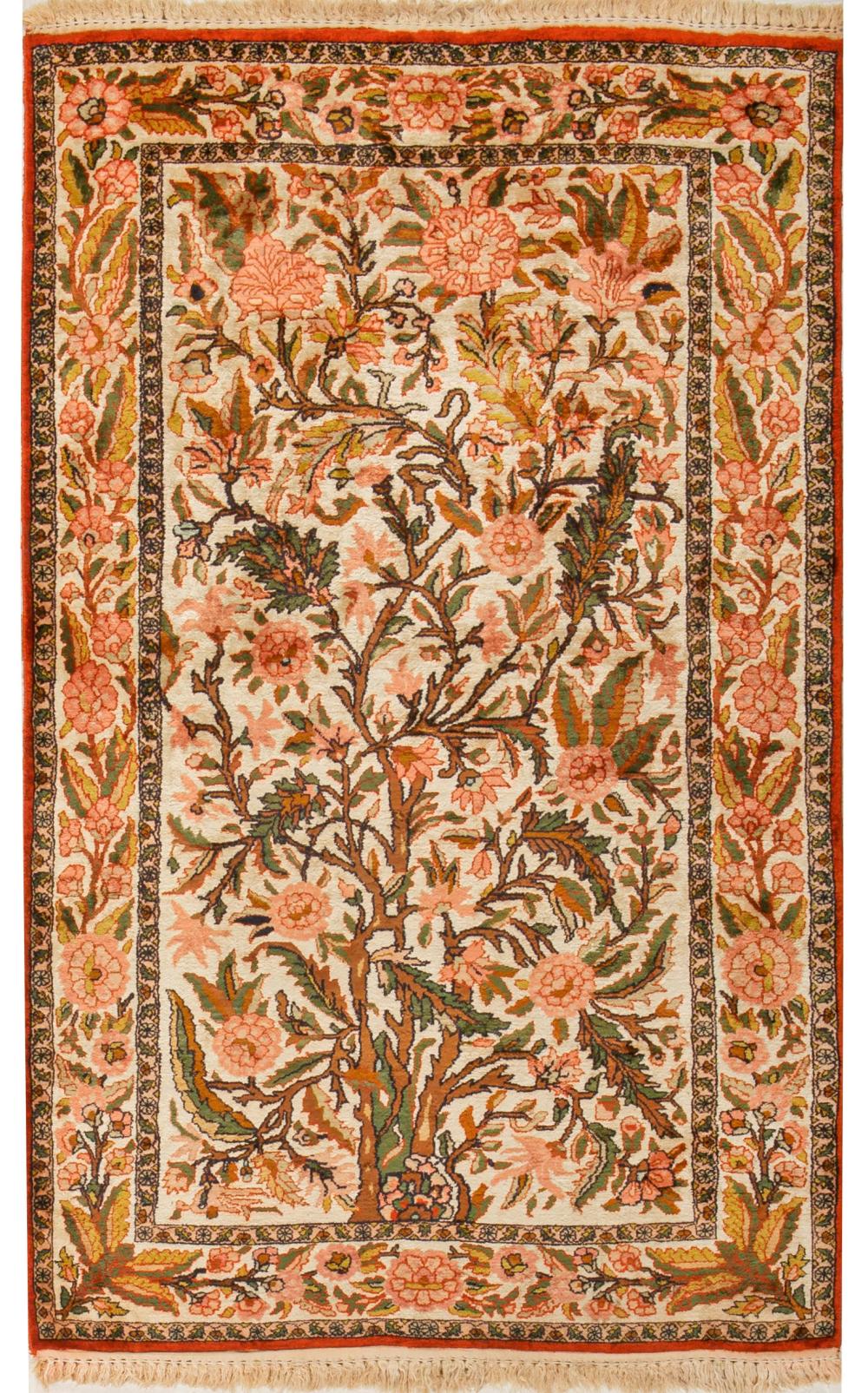 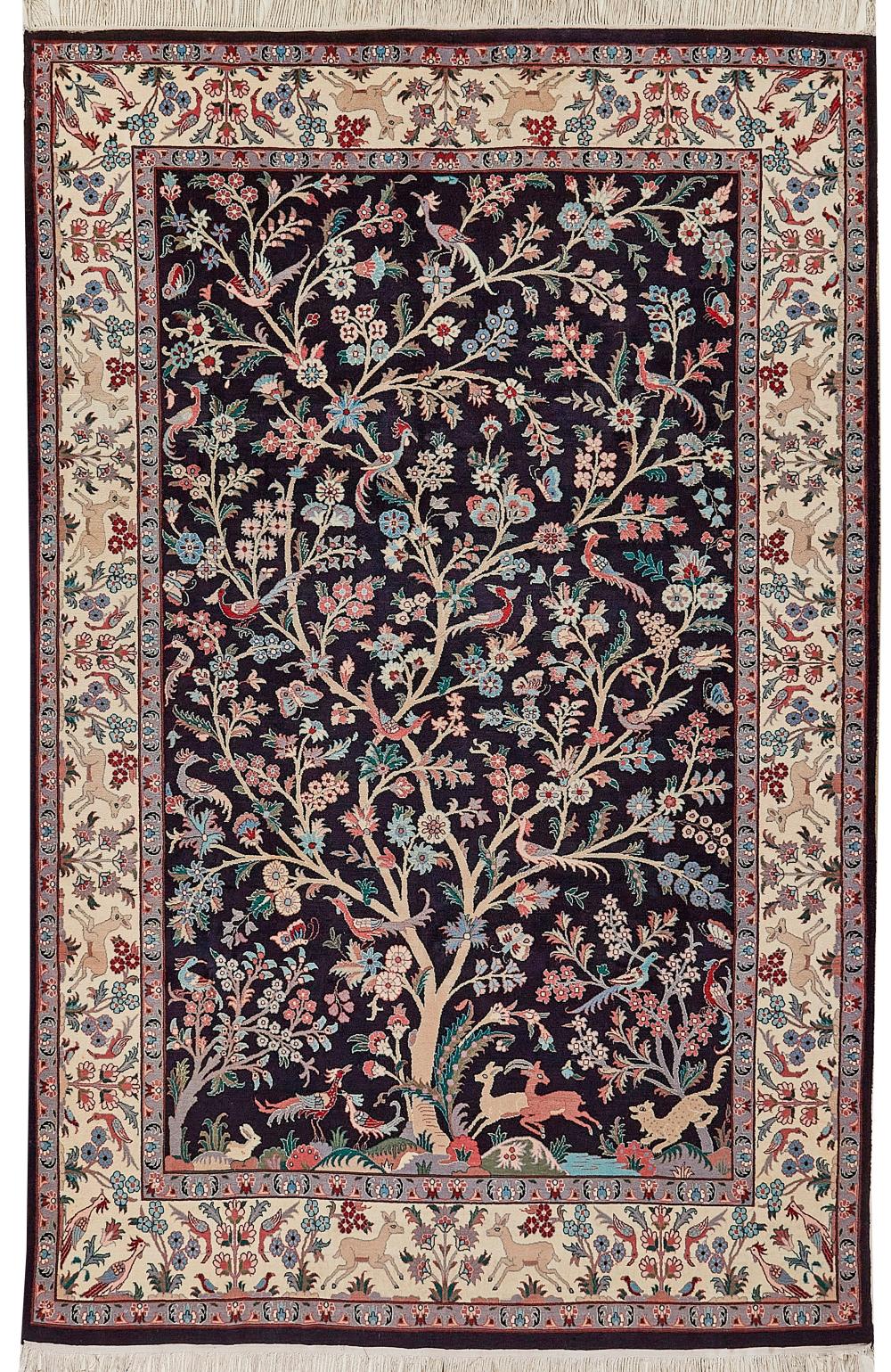 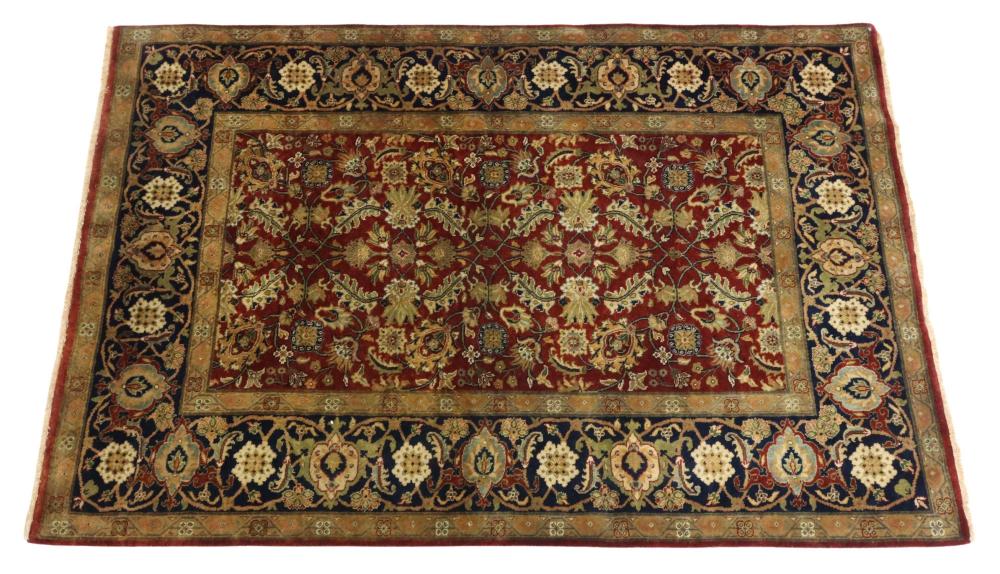 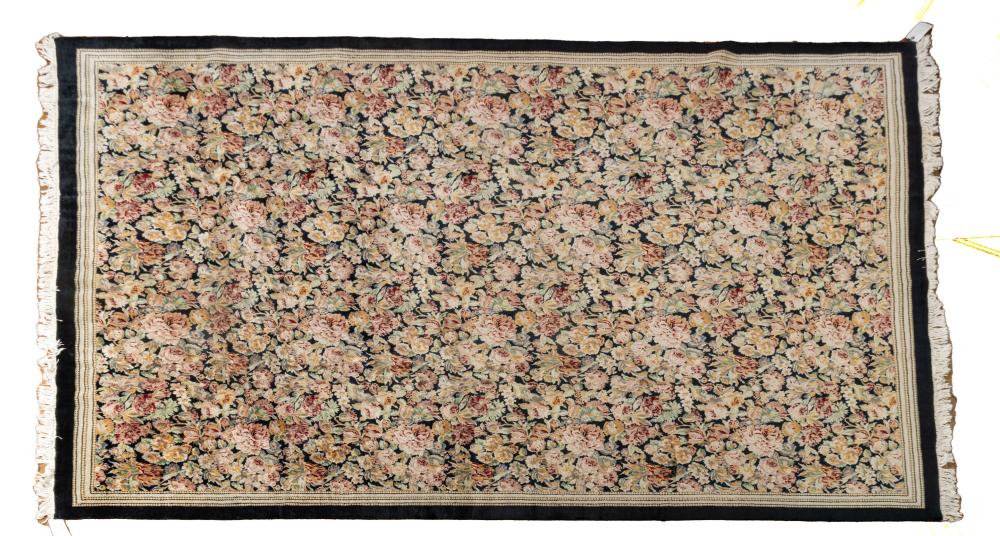 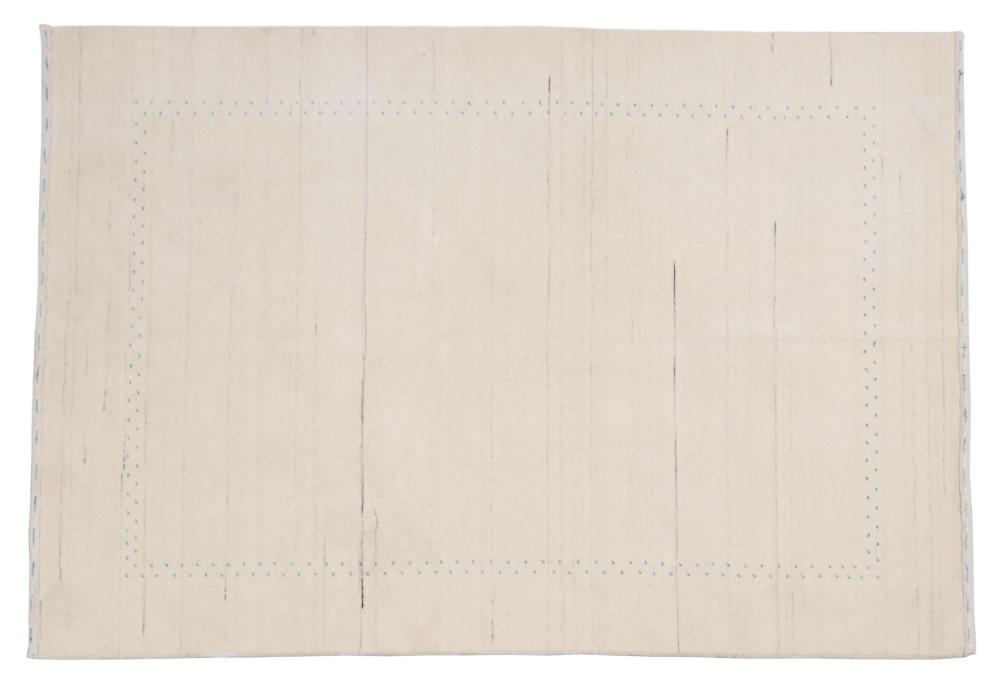 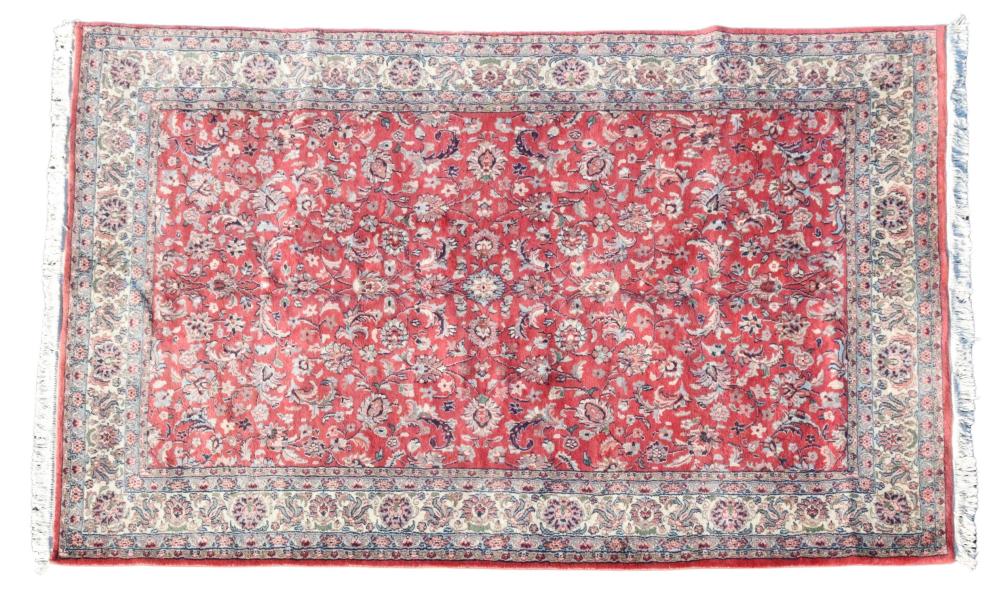 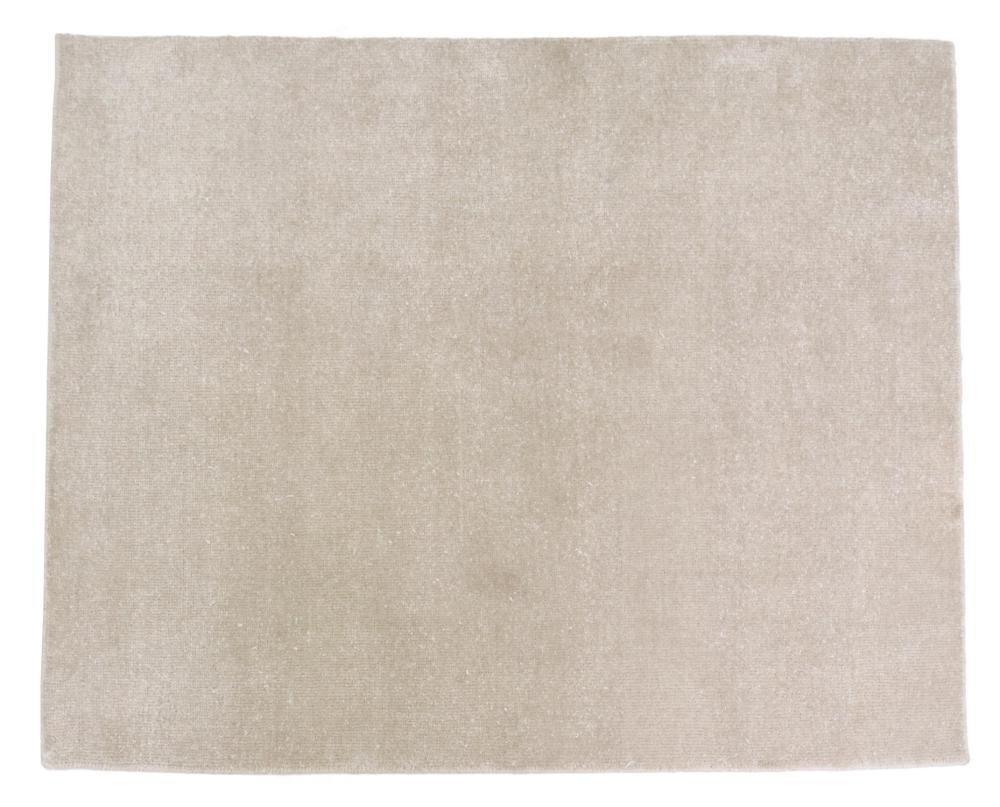 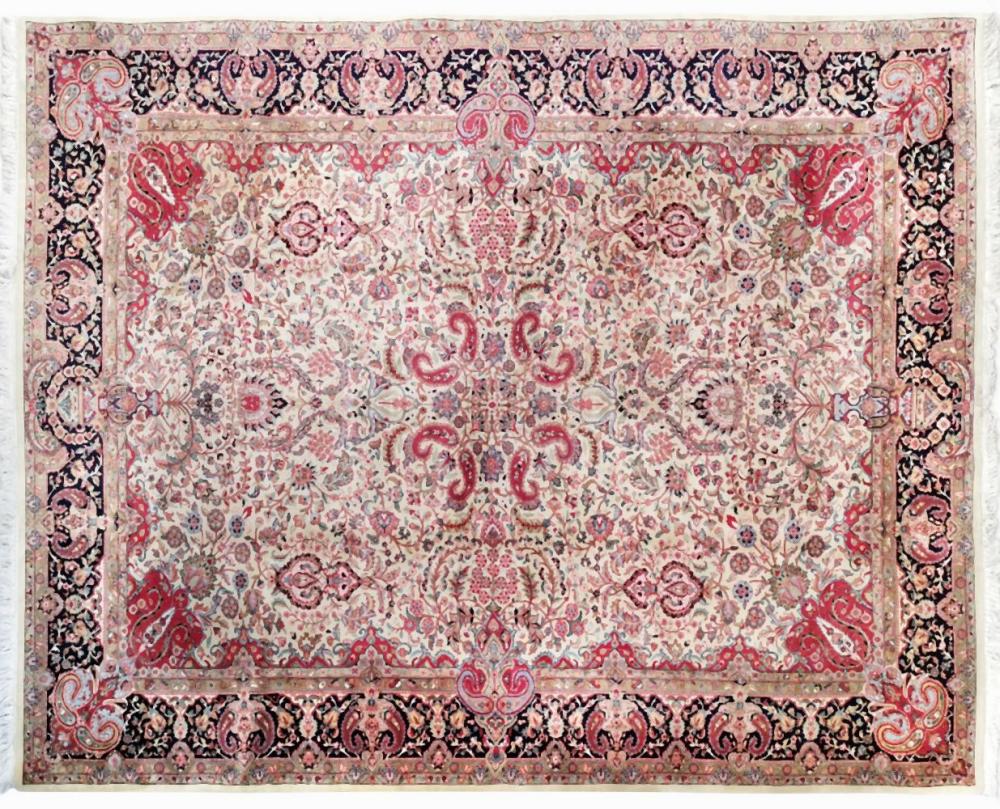 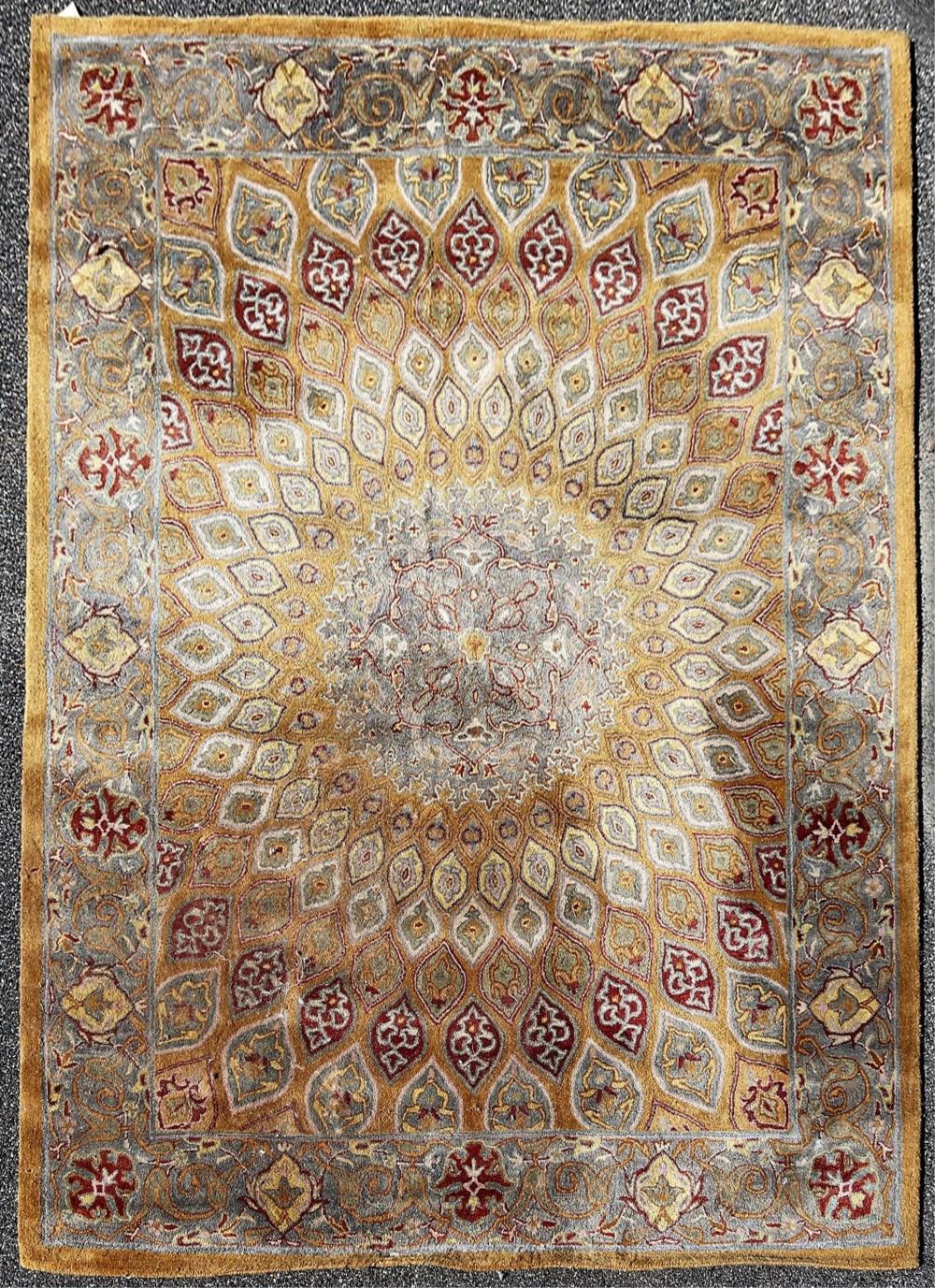 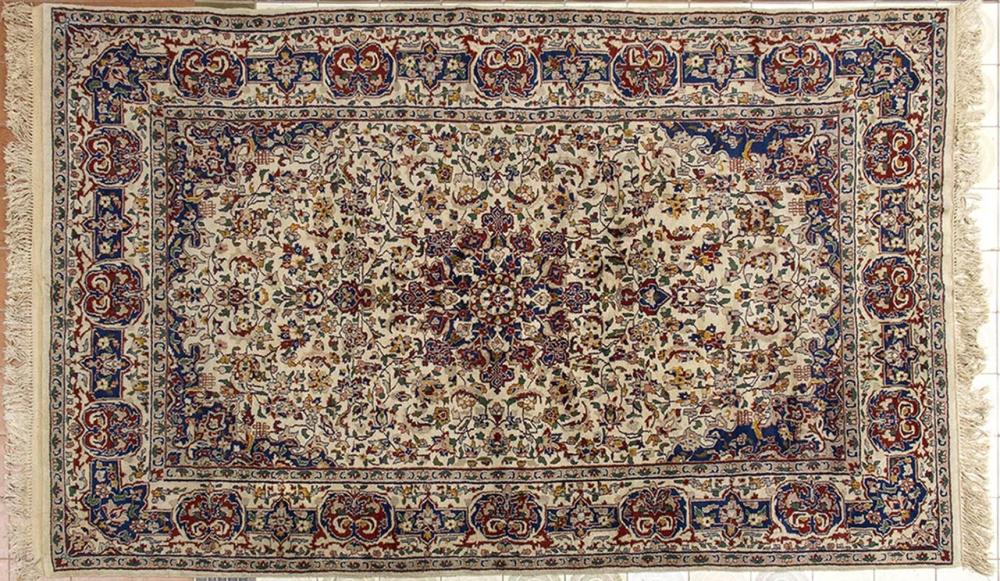 A CARPET WITH POLYCHROME FLORAL DECORATION 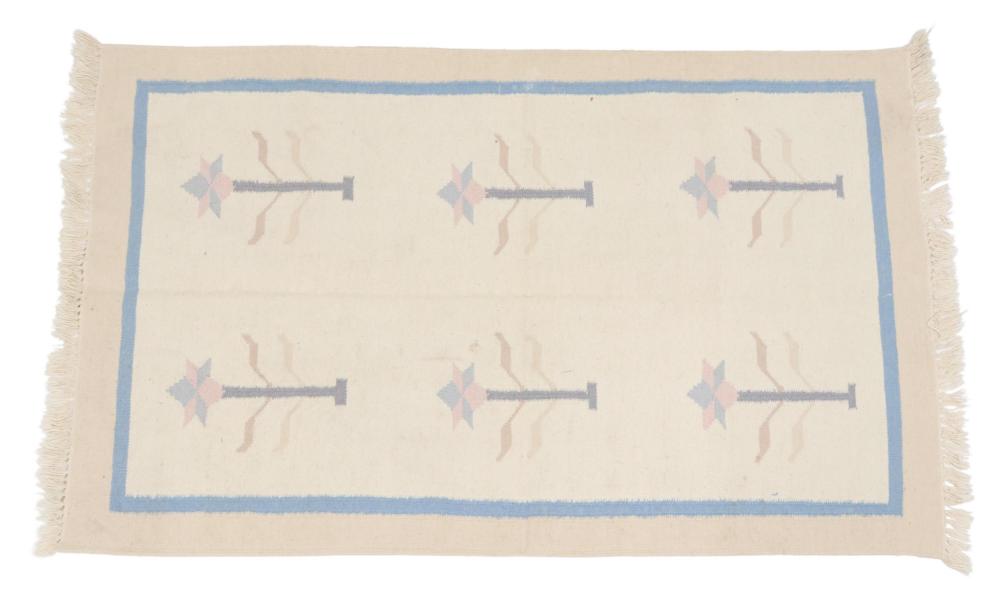 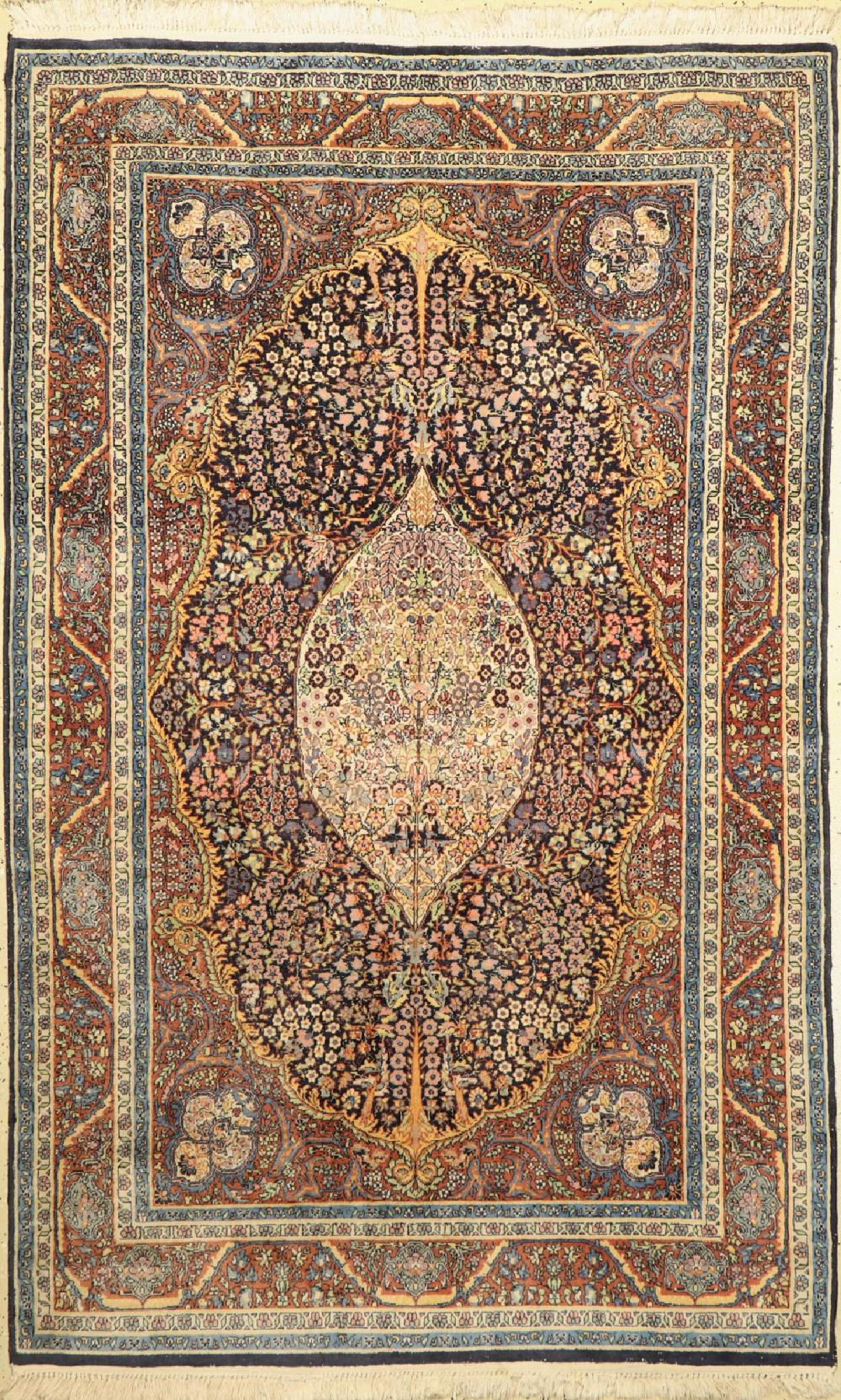 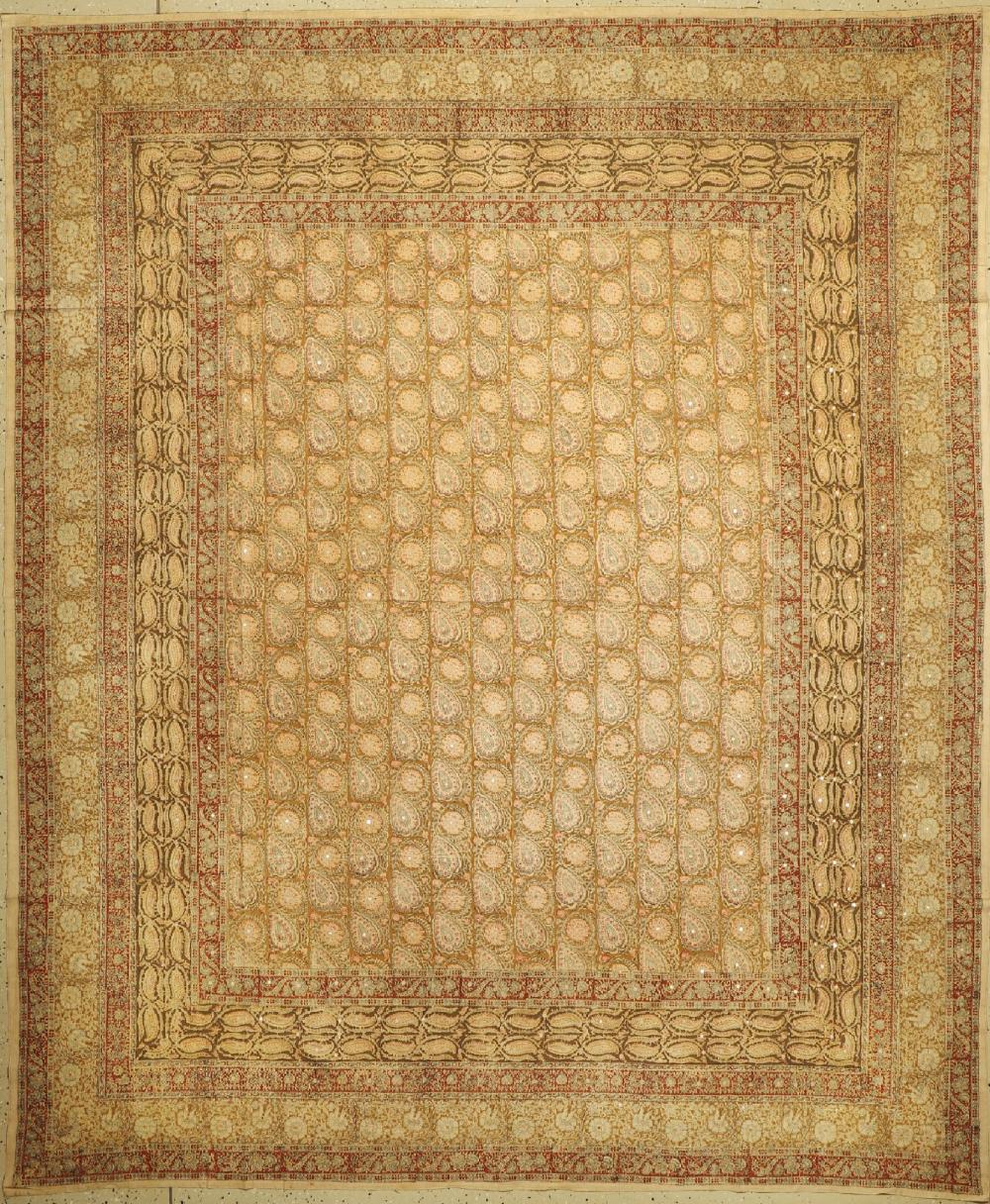 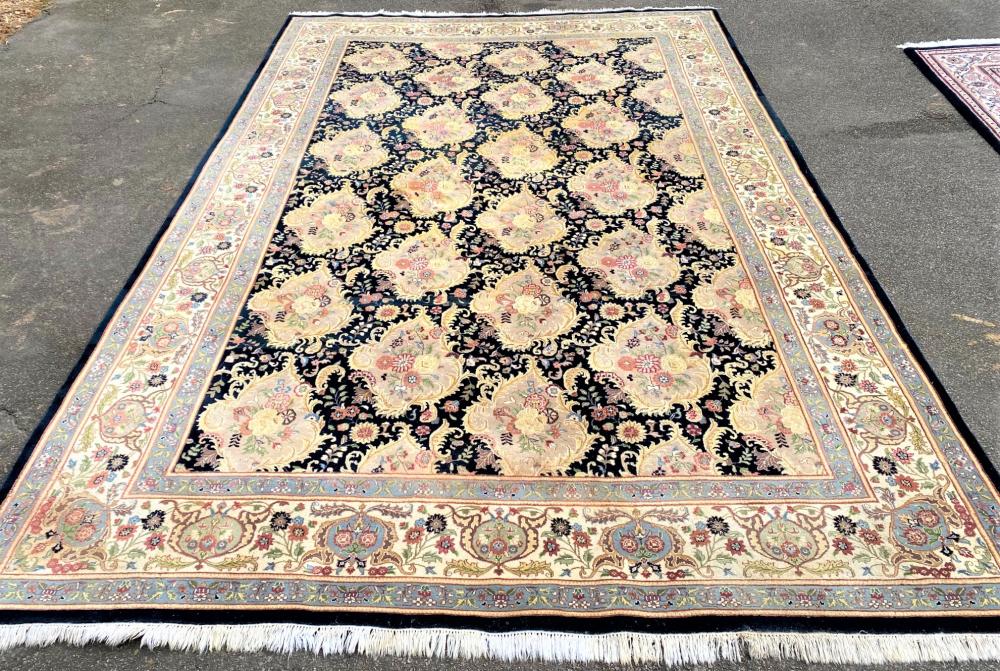 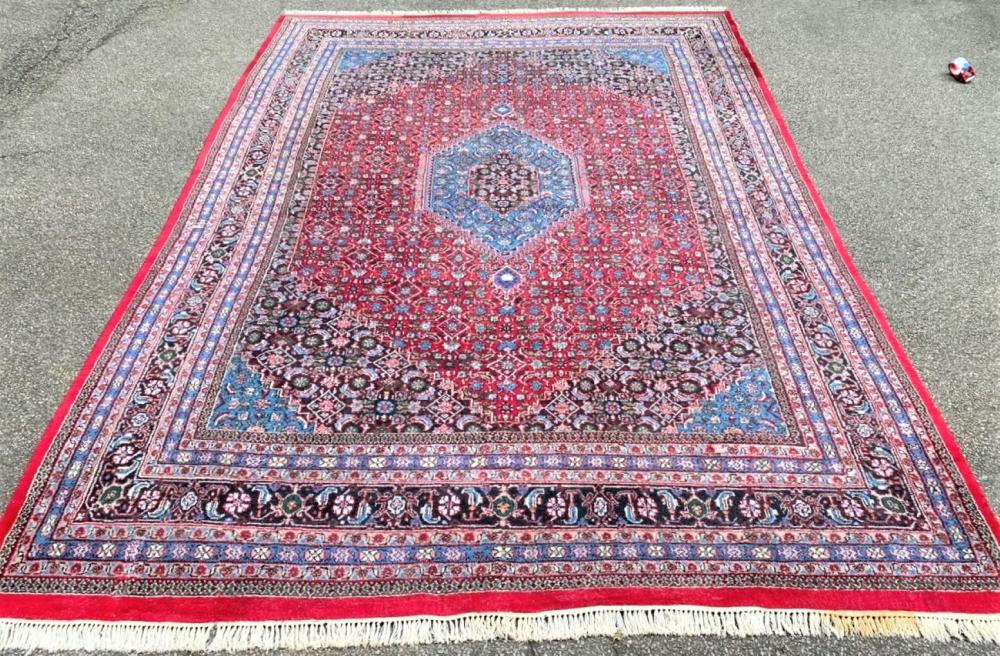 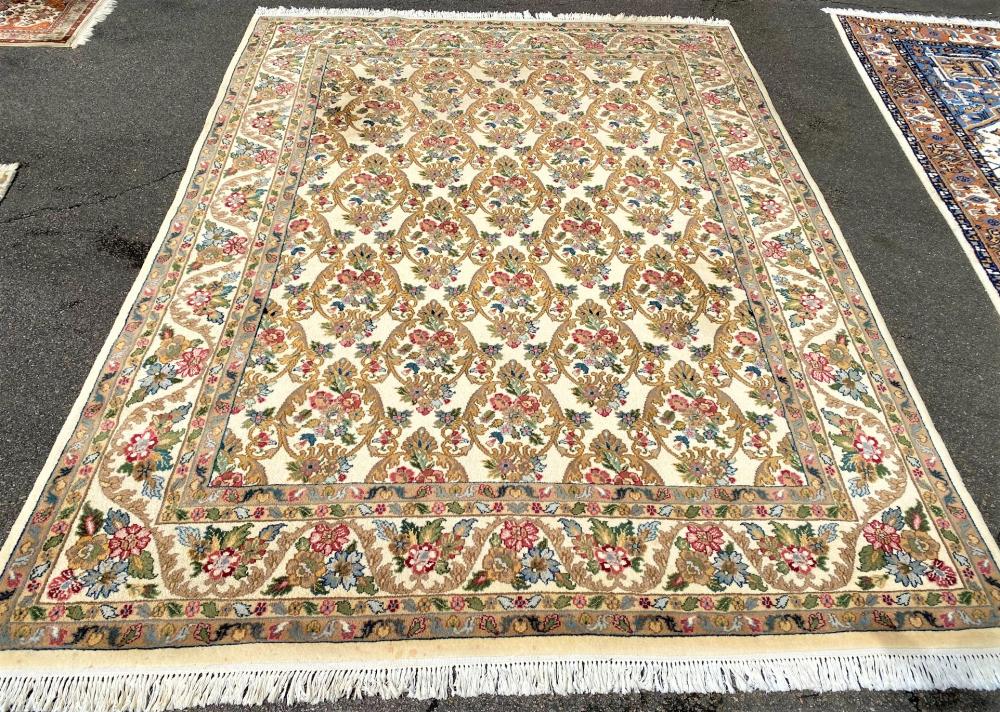