Kutani porcelains are named after the village within which a kiln was set up in 1655. Goto Sajiro first created kutani ware, which was only in production for less than a hundred years before kutani kilns were shut down suddenly around 1730. The art later re-emerged around the 1800s with new and more effective over-glazing techniques.

There are three main eras of kutani ware production: Ko-Kutani, Saiko Kutani, and Kutani, in sequence. Ko-Kutani, meaning "old Kutani," consisted of only five colors: blue, green, yellow, purple, and red. Saiko Kutani incorporated red and gold design. The final style, which began around the 1860s, was a composite of both the traditional kutani style as well as a newly learned western style. This later style was widely exported, while Ko-Kutani is very rare.

Kutani ware includes a wide variety of products including but not limited to plates, bowls, and tea sets. While the term “kutani” is often used to describe any porcelains that have been decorated with the color scheme characteristic of old kutani porcelains, many of these works were created in the 19th century and are not necessarily genuine kutani marked with the appropriate symbols. 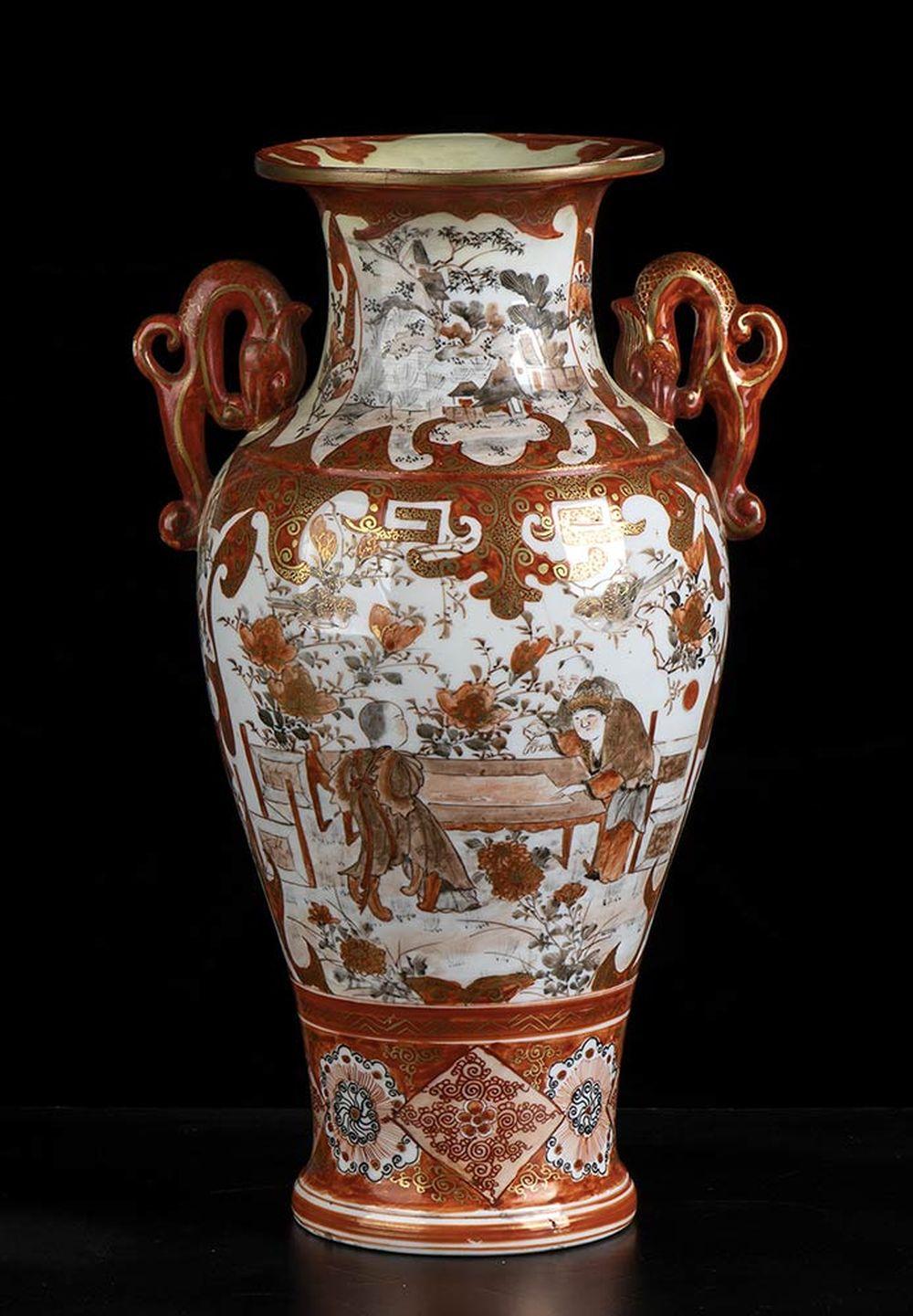 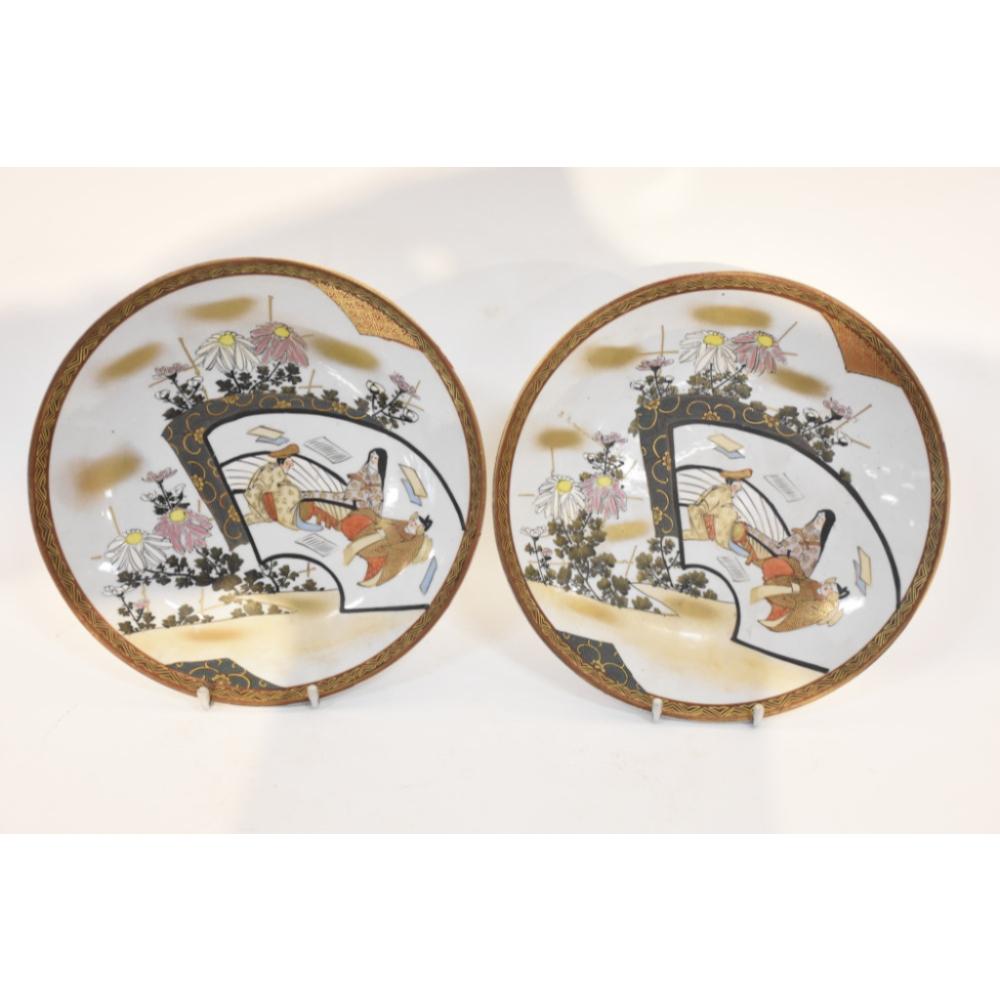 A pair of 19th century Japanese Kutani plates having hand painted figures in landscape decoration and gilt highlights. Signed to the base. Diameter 24cm 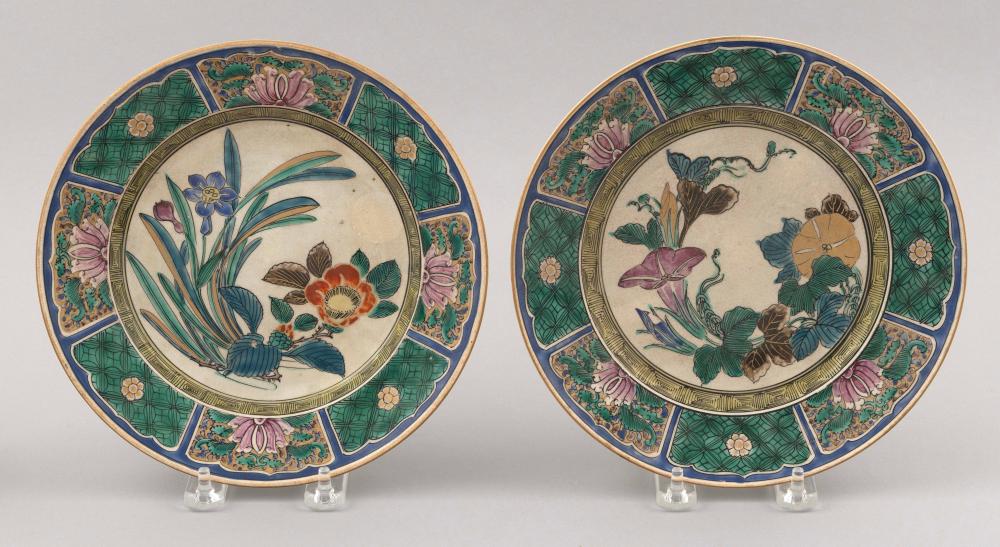 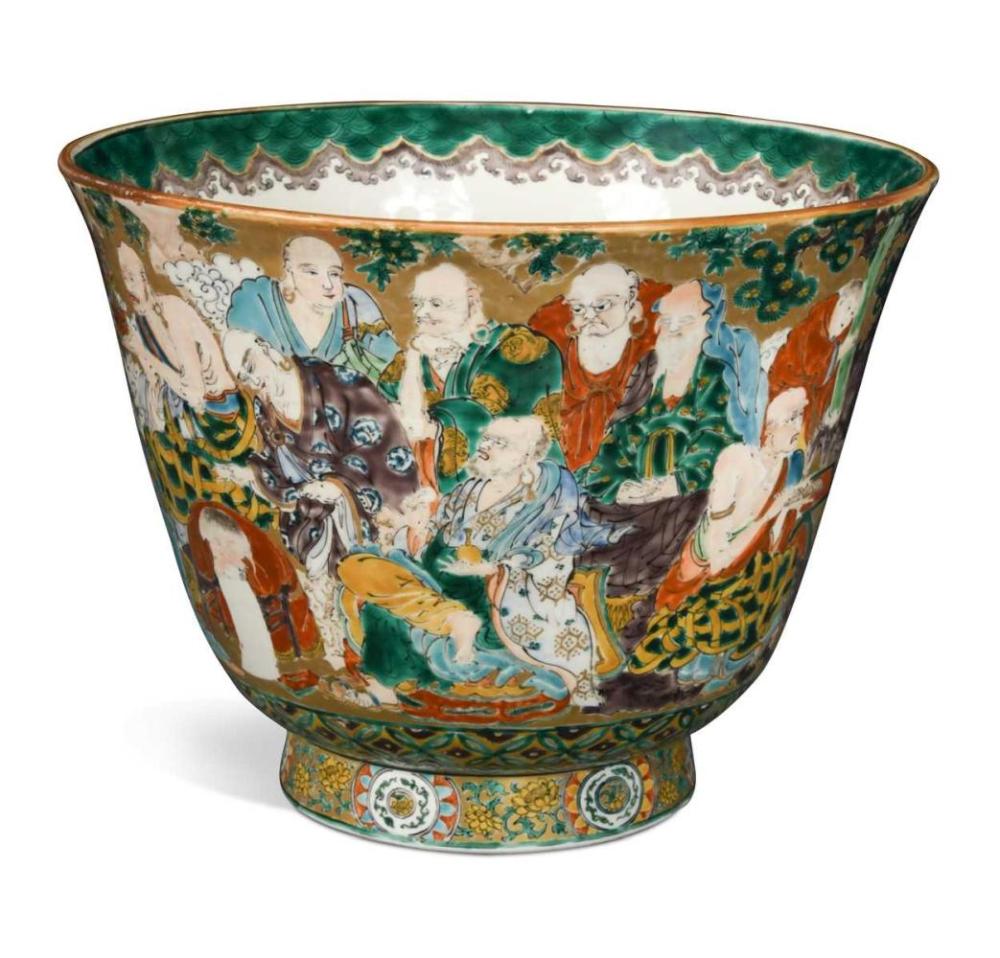 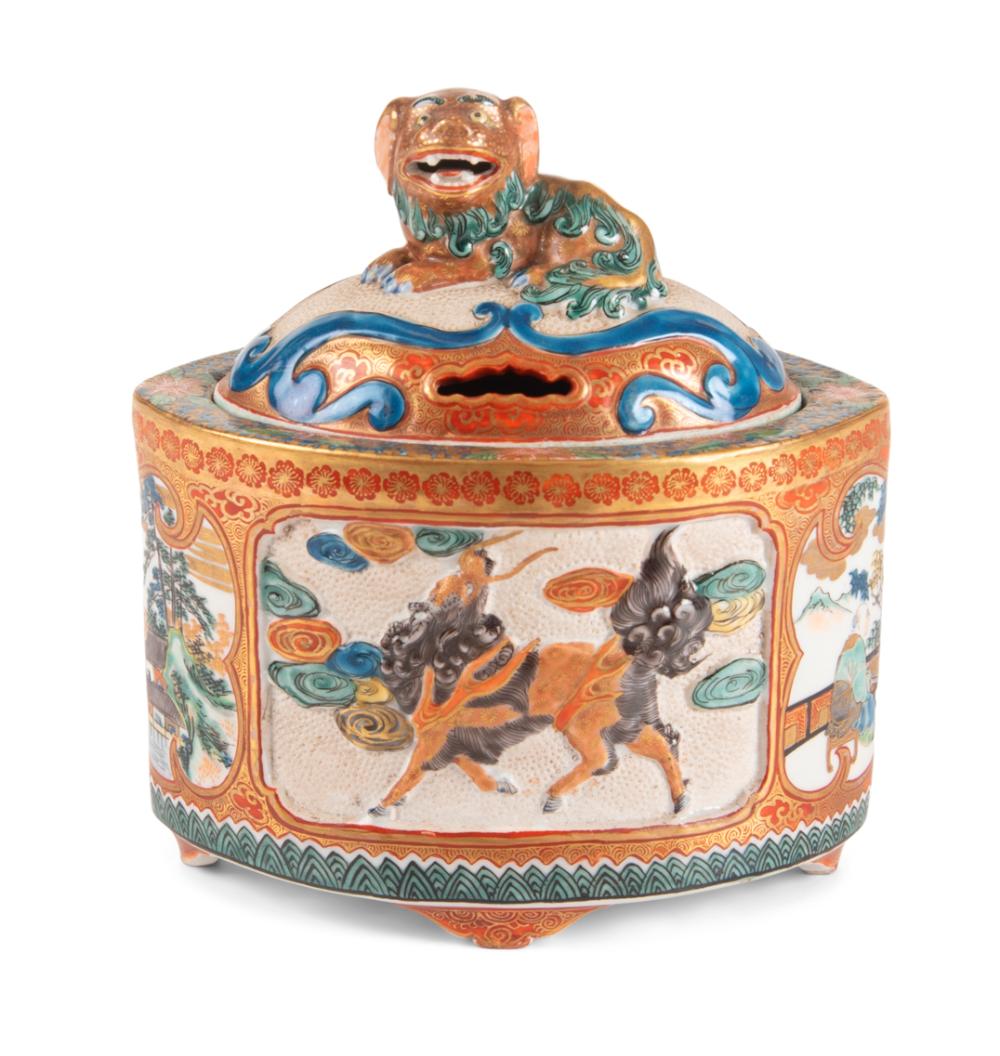 A JAPANESE KUTANI PORCELAIN OVAL BOX AND COVER, the pierced lid with kyln handle and body moulded with panels of mythological animals and landscapes in gilt coral red and colourful enamels, with four character mark at base, 15cm high and 13cm wide. 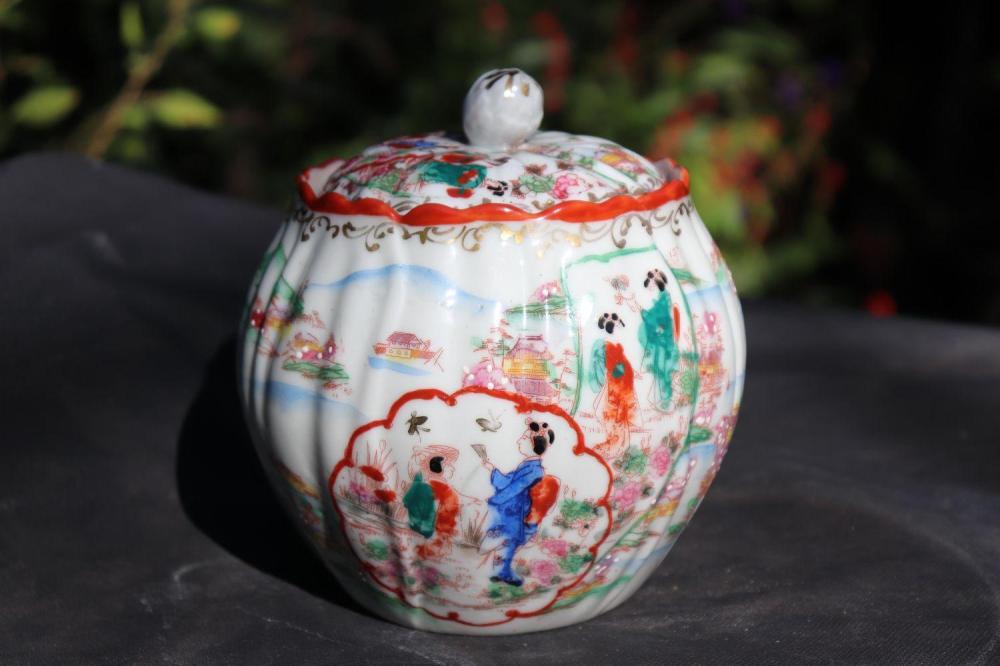 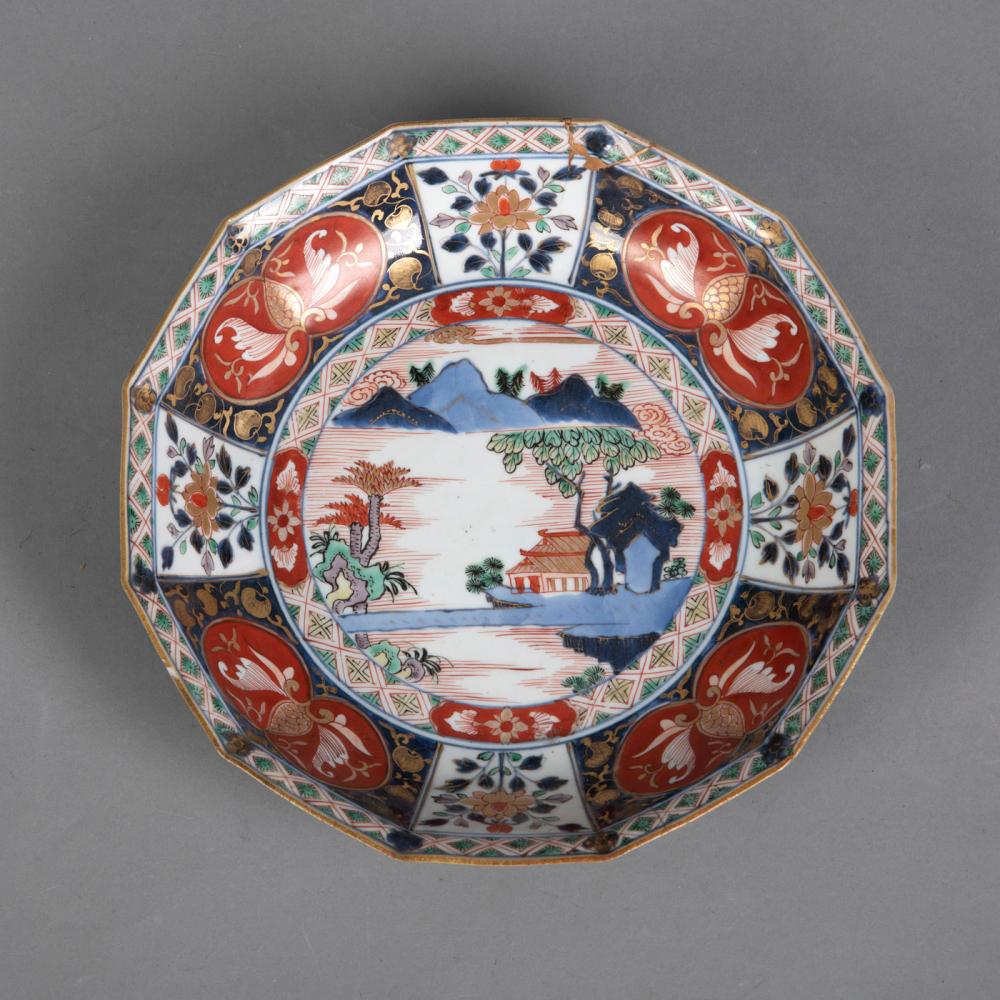 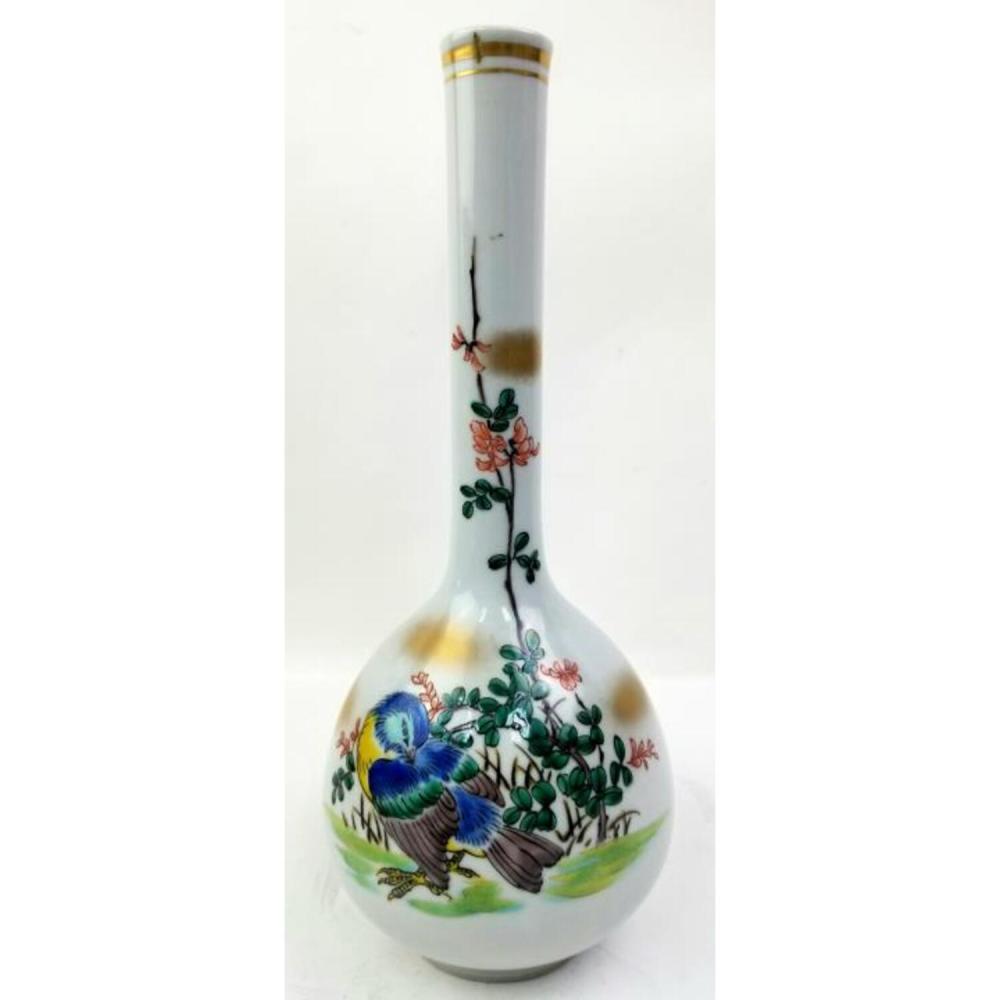 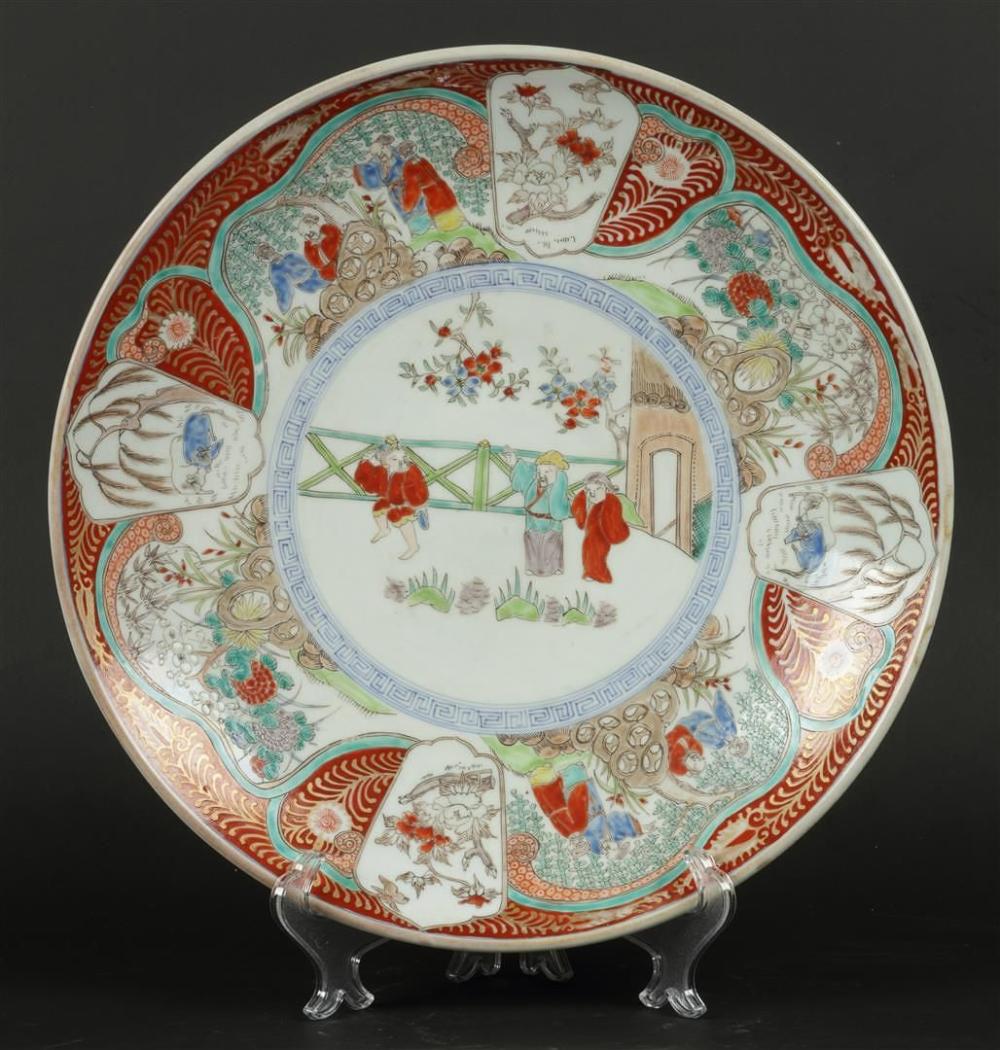 A porcelain dish with Kutani decor of 3 figures in a garden, marked "Zoshuntei Sanpo Zo". Japan, 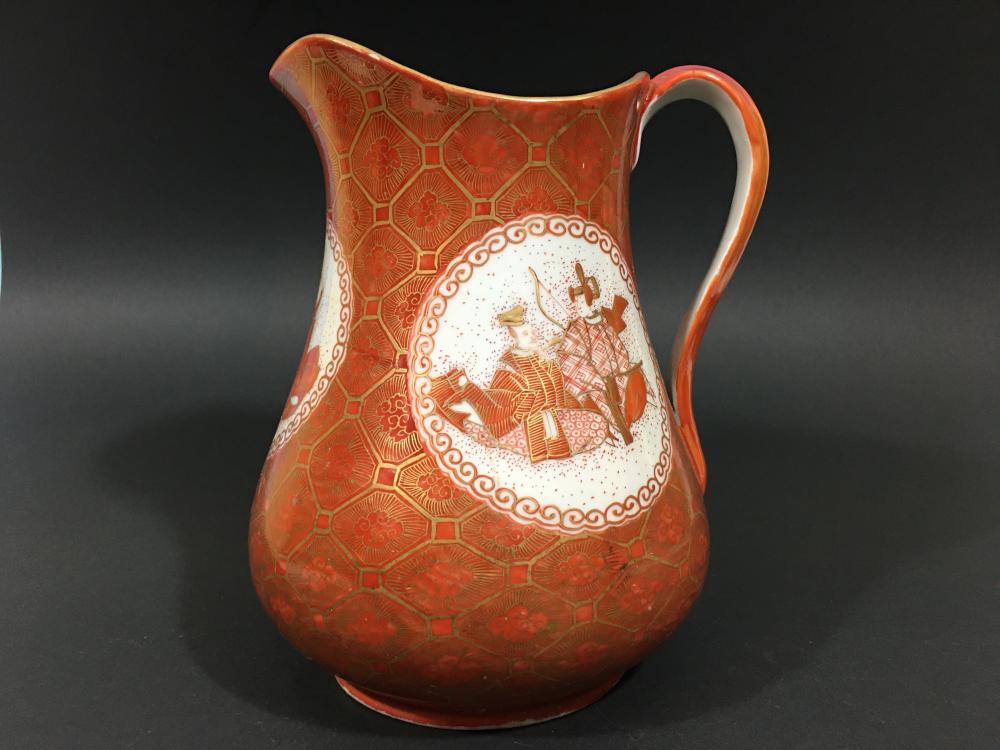 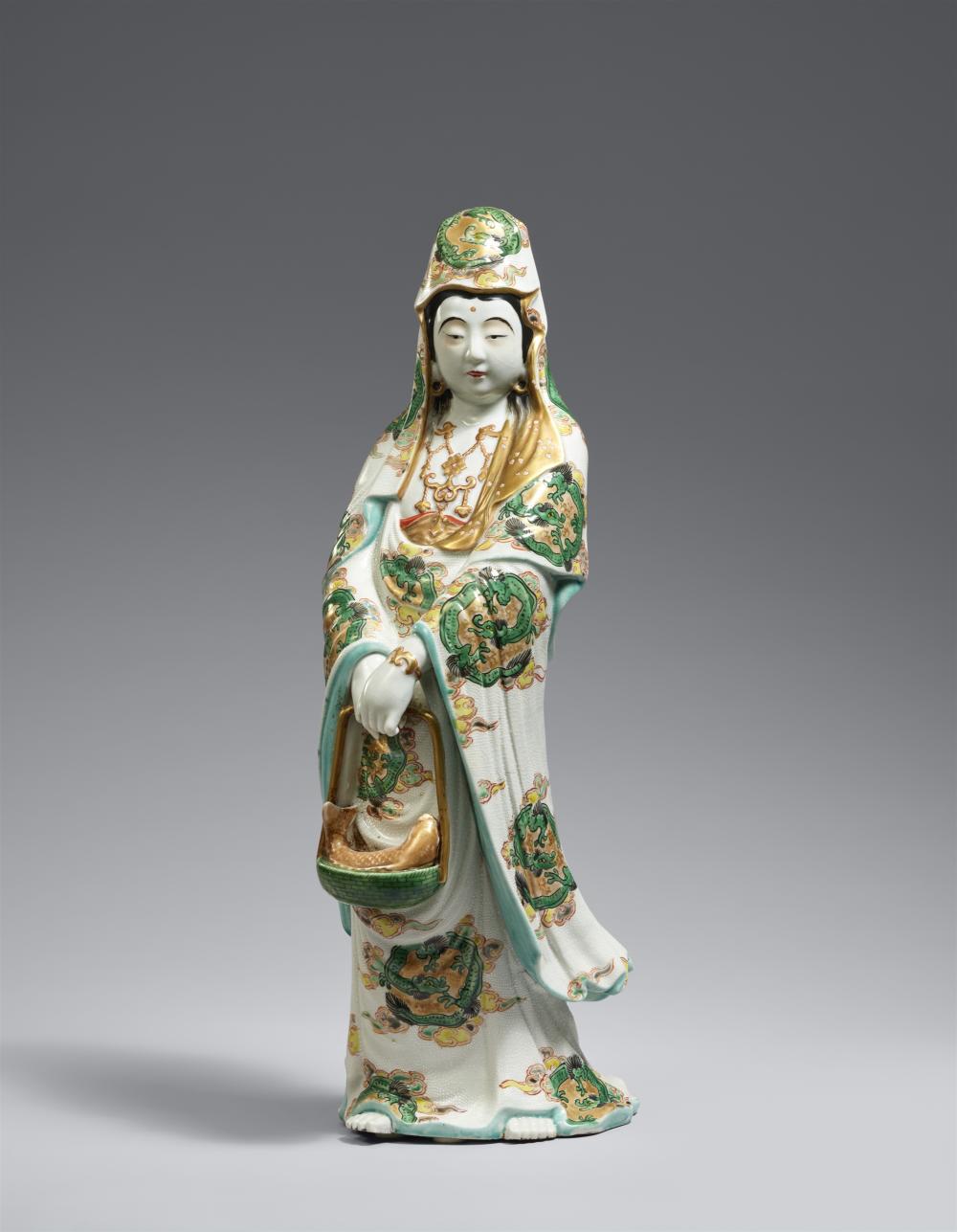 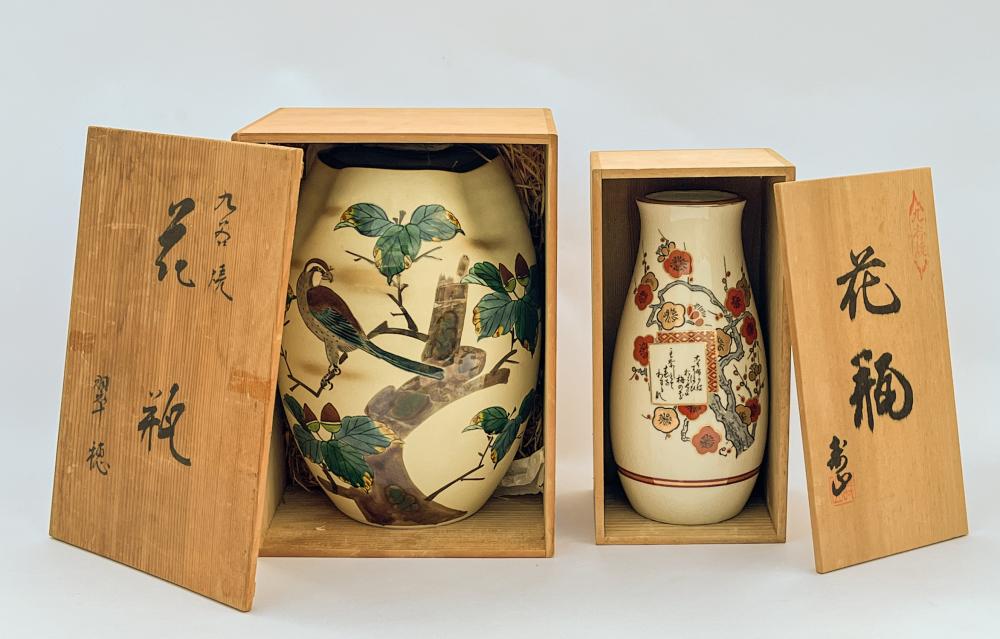 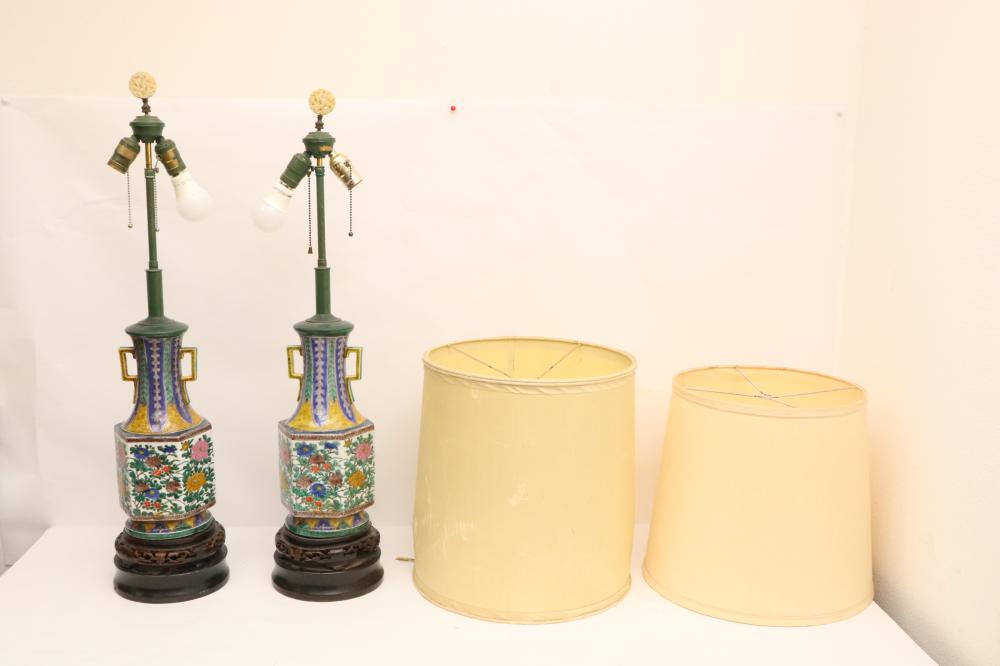 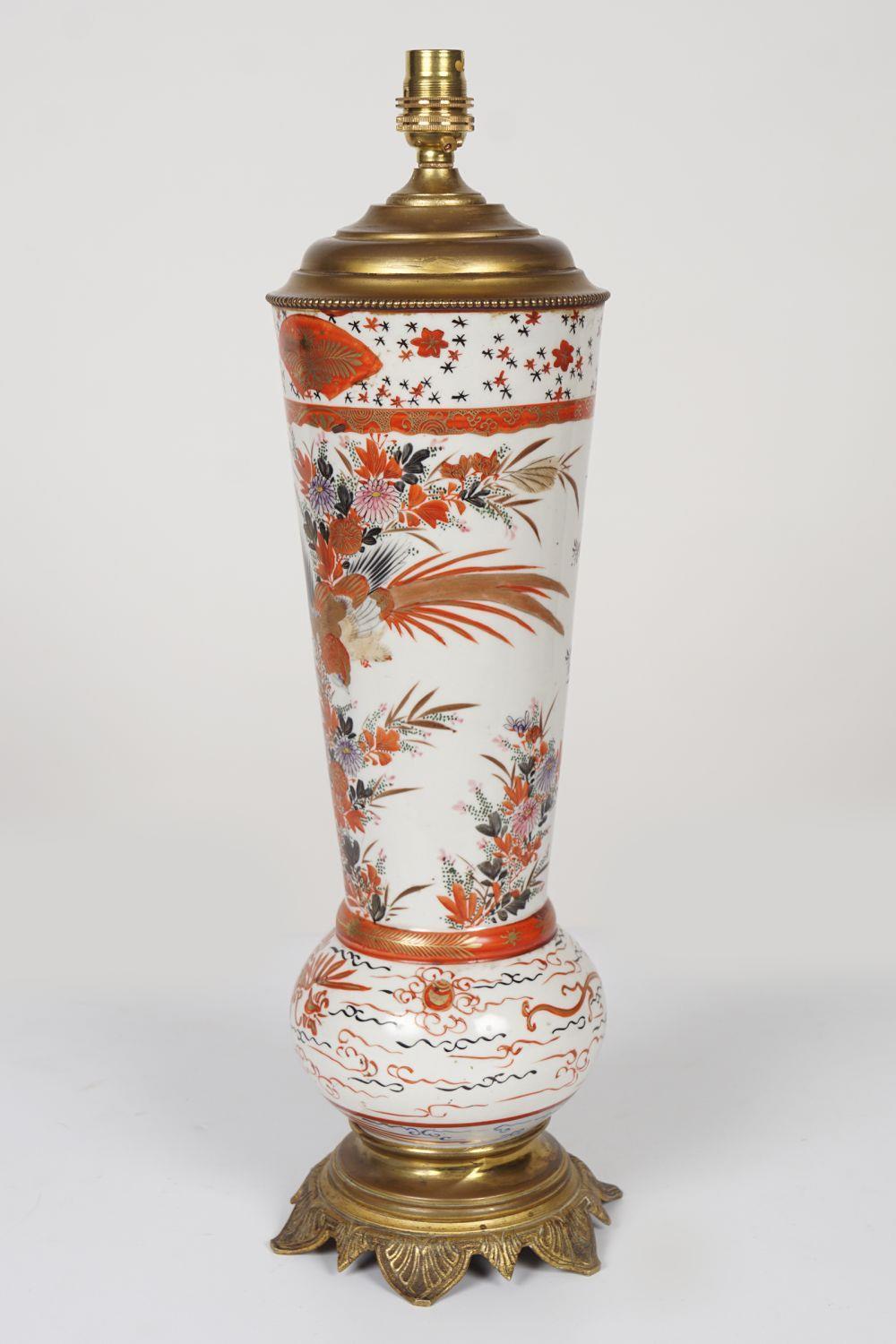 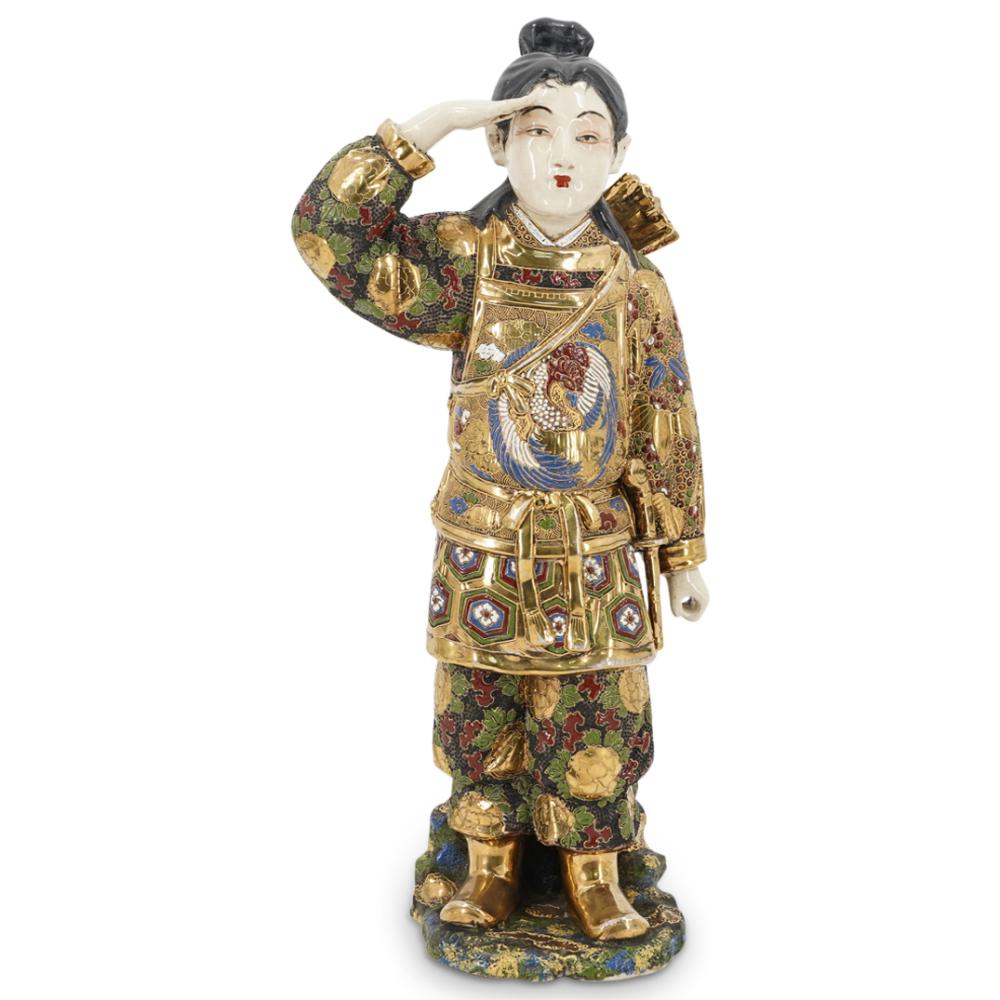 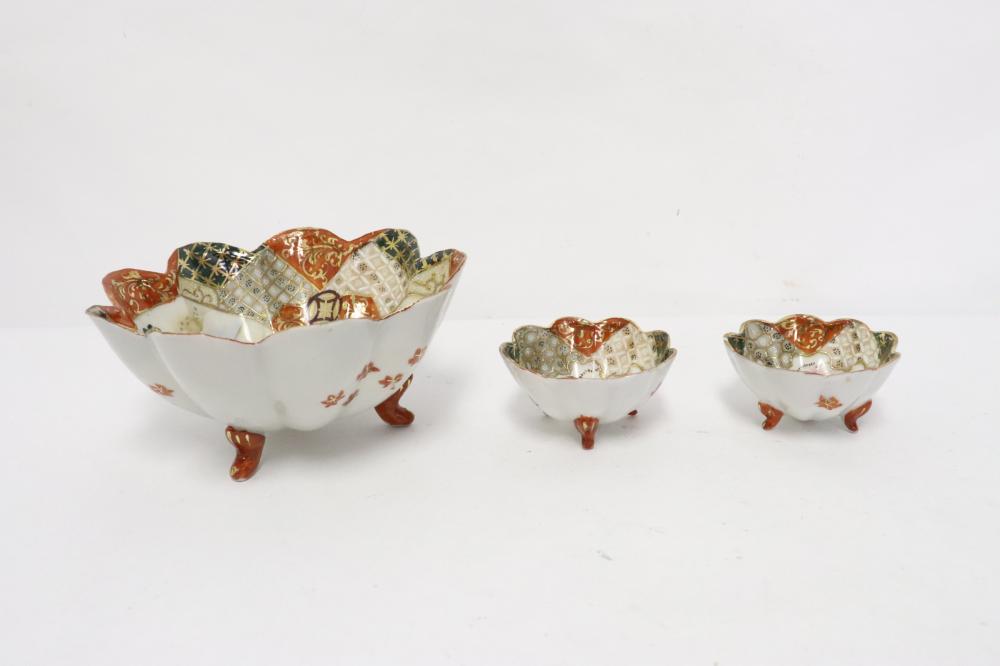 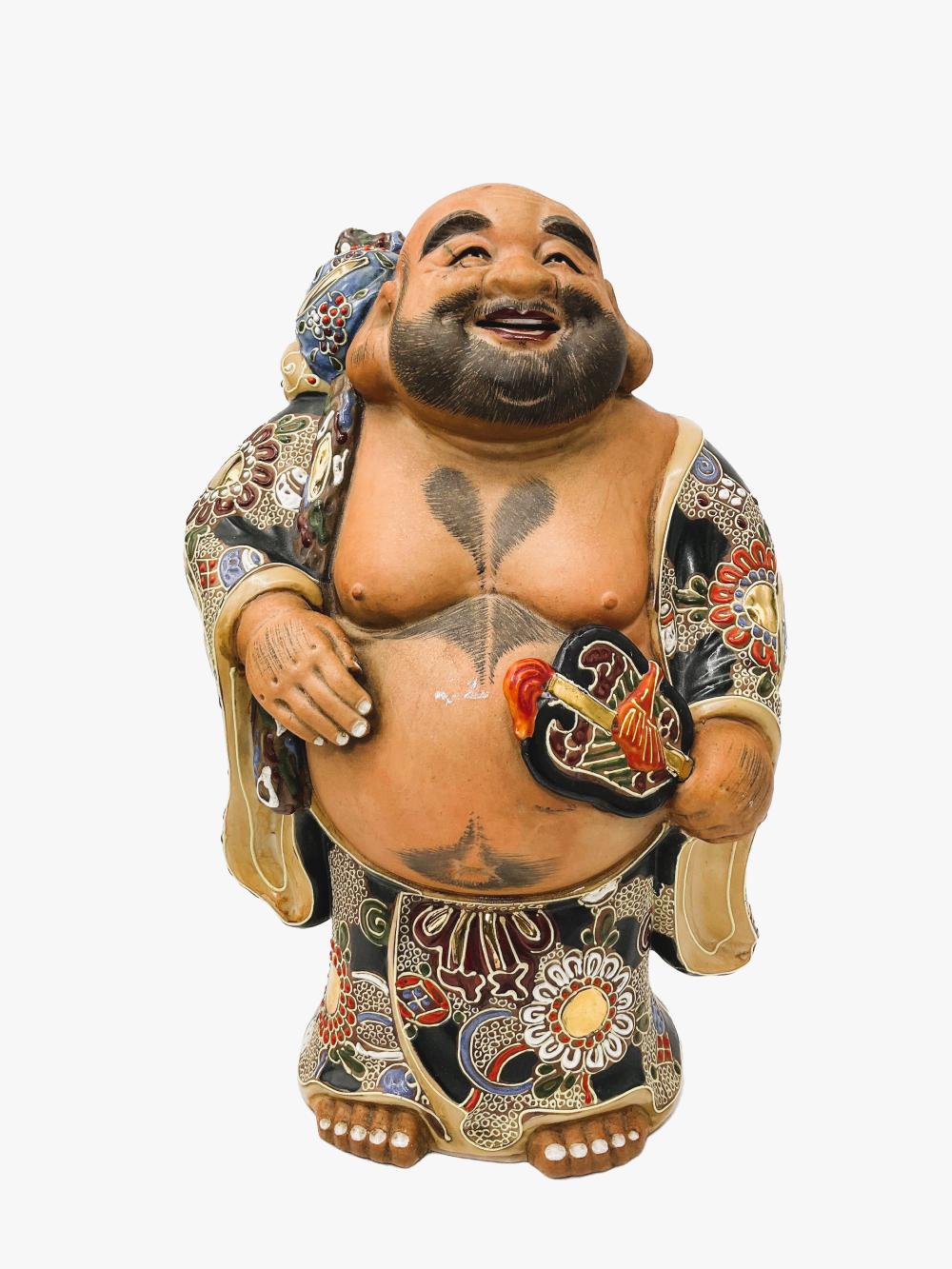 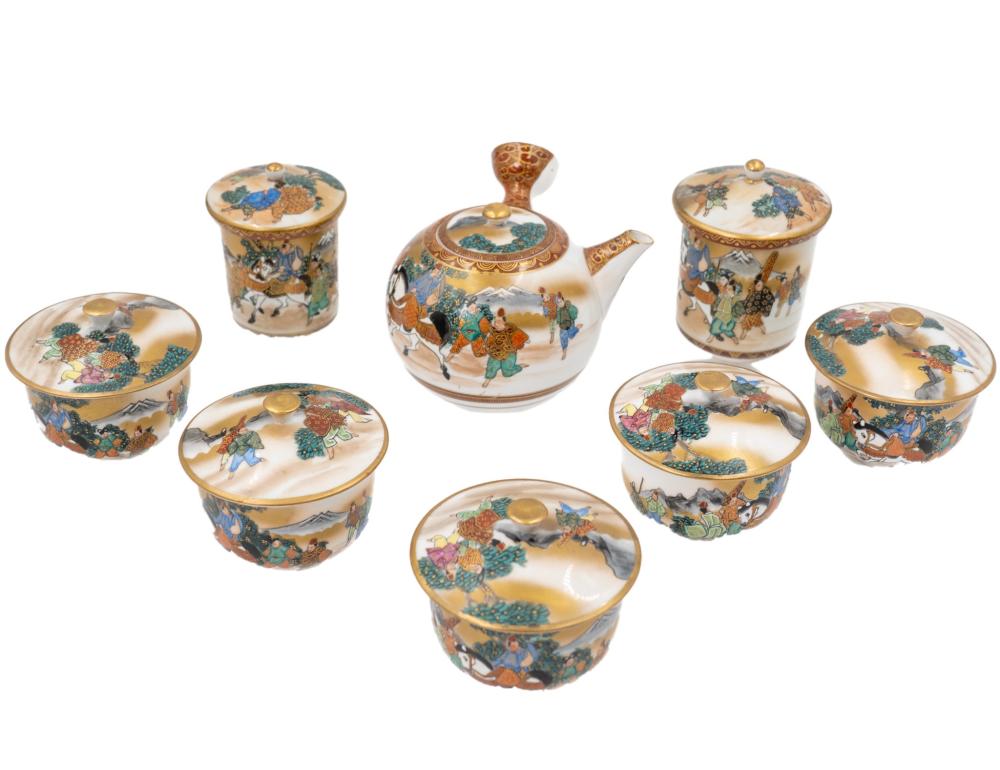 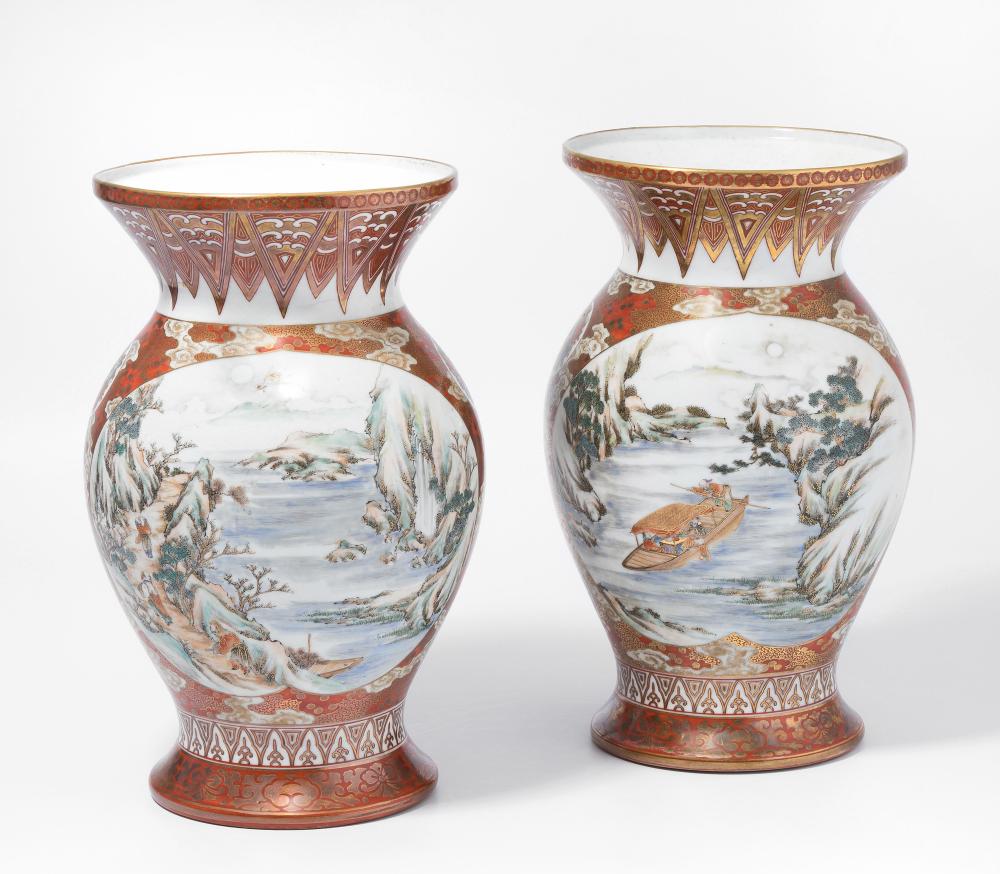 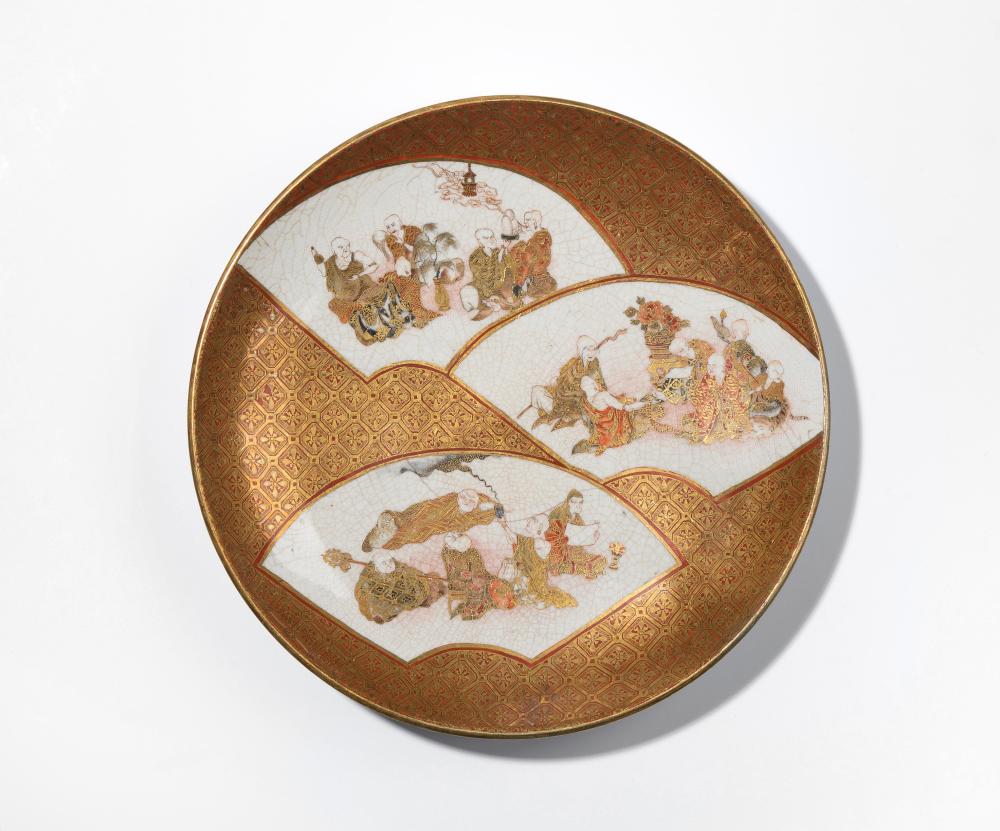 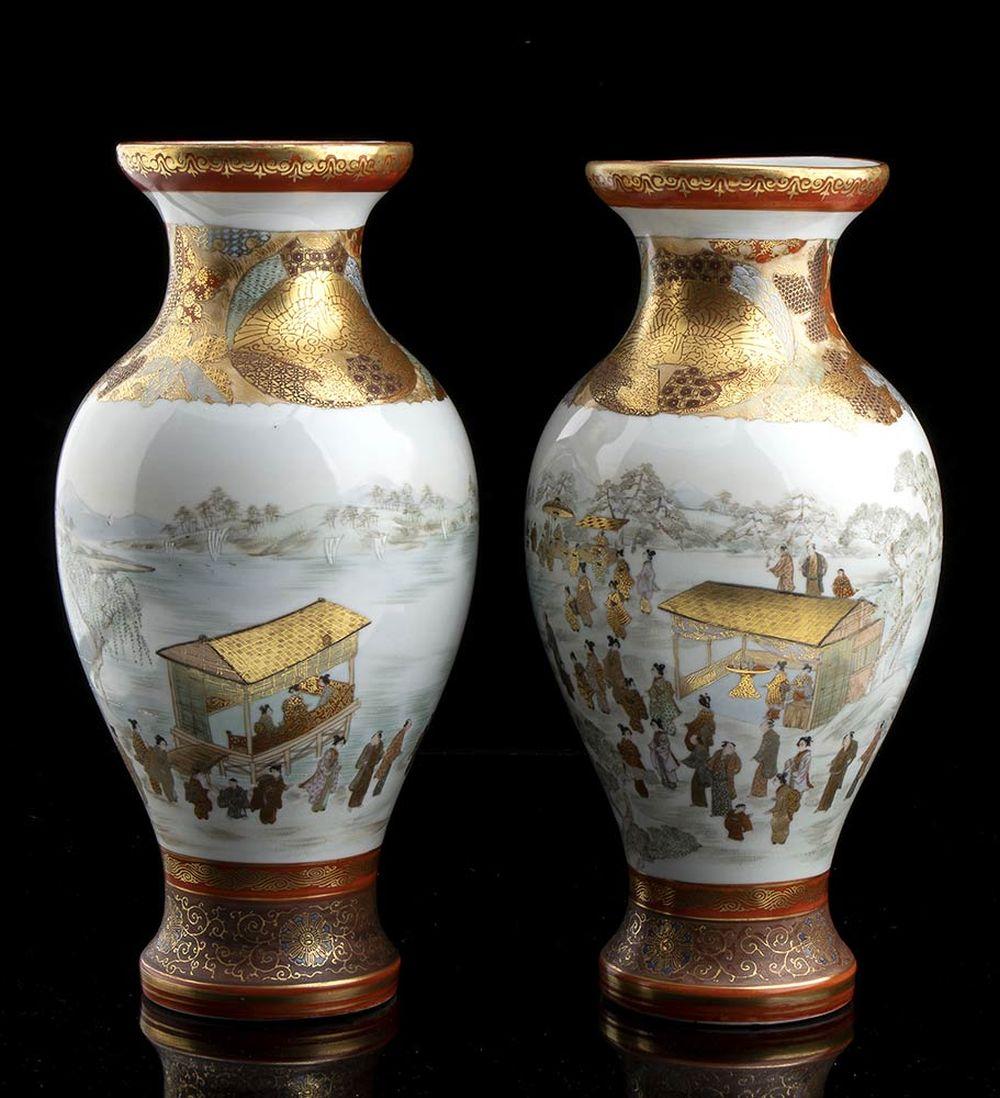 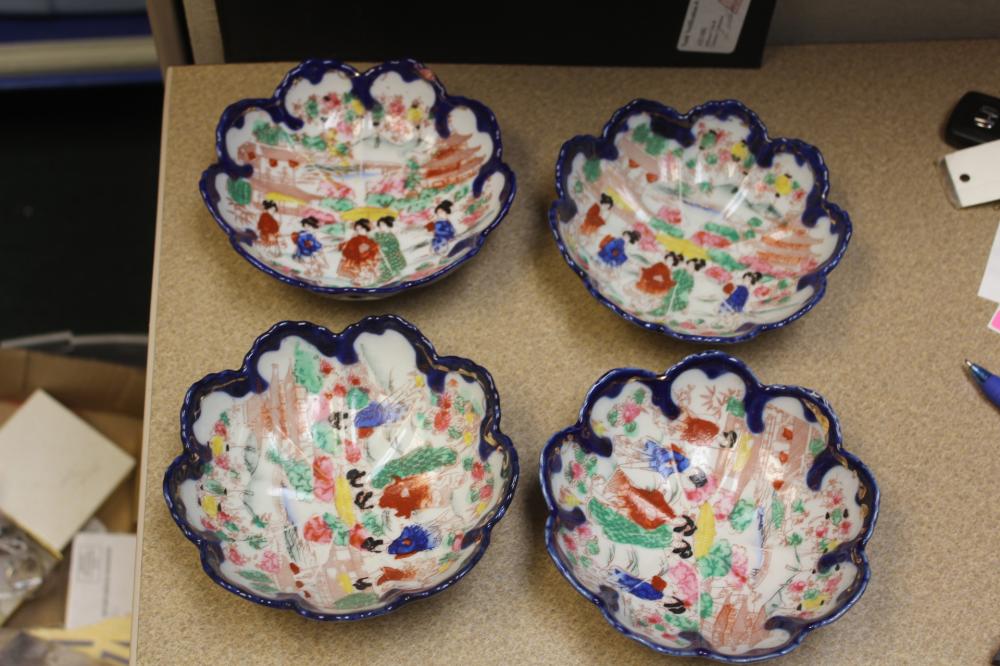 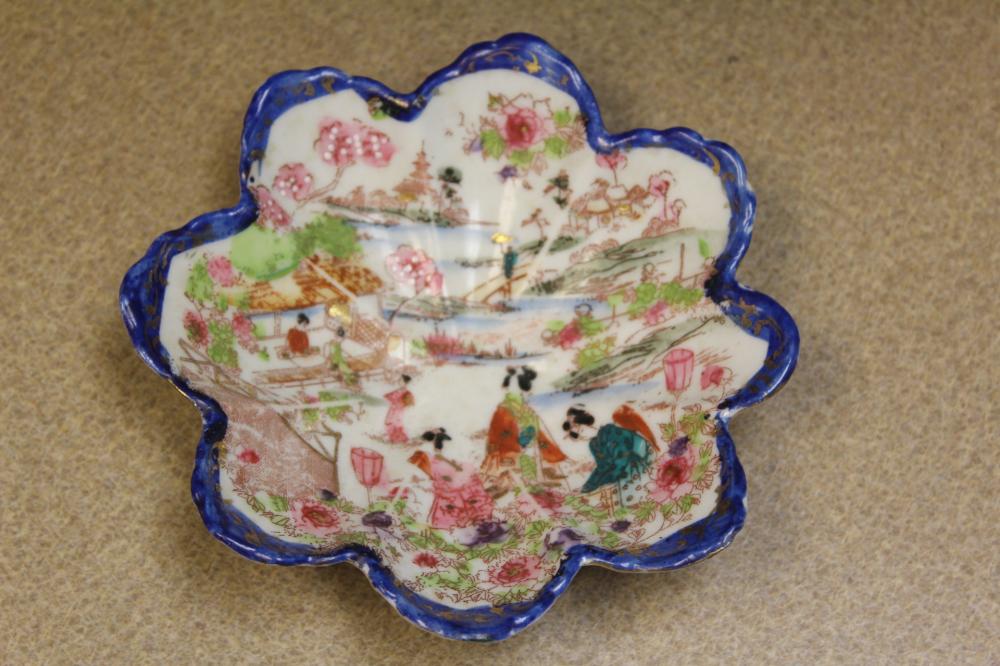