Evidence of Japanese painting can be seen as early as 300 B.C., with an adoption of the Japanese painting aesthetic of yamato-e during the Heian period. With thousands of years of varying styles, there is one unifying characteristic throughout: in all periods and schools of art, Japanese paintings have always been deeply rooted in literary tradition with a sensibility for emotional content within an image.

One of the most well-known Japanese paintings demonstrating this sensibility and Japanese literary tradition is "The Tale of Genji." This painting is written and illustrated in the form of a hand scroll read from right to left and only revealed in parts. It also introduces a style of painting men and women with a simple hook for a nose, two slits for eyes, and small lips. This style of figural painting is commonly found throughout Japanese works.

Other Japanese paintings were painted on standing or sliding screens. These scenes, typically on gold leaf backgrounds, were also often taken from old well-known stories. For example, Ogata Korin’s painting "Eight Bridges" depicts bold, saturated, irises and the insinuation of a bridge. This alludes to a story, "Tales of Ise," in which an exiled man sees irises and longs to be with his love. Similarly, motifs such as waves and peonies are taken from well-known Japanese literature. 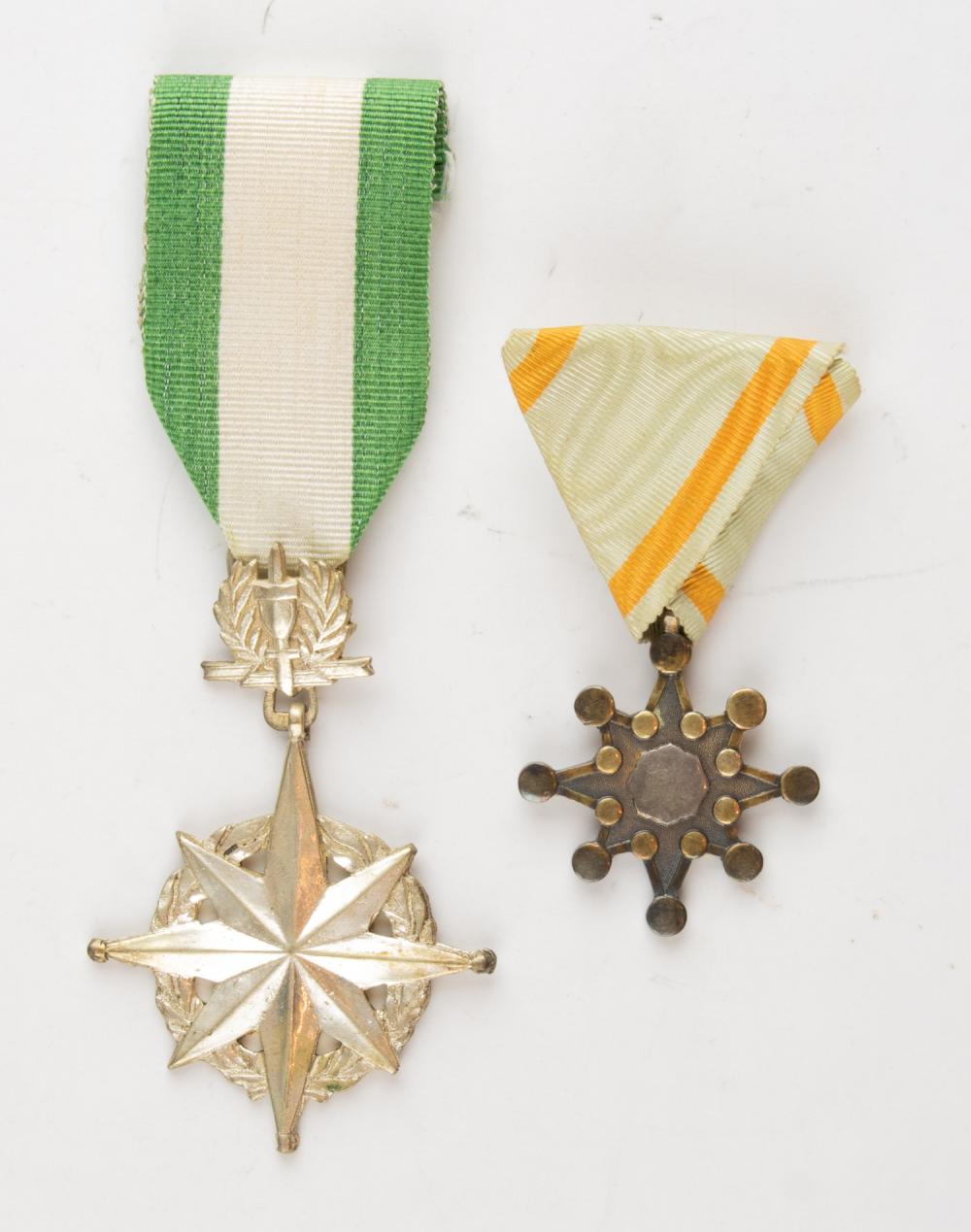 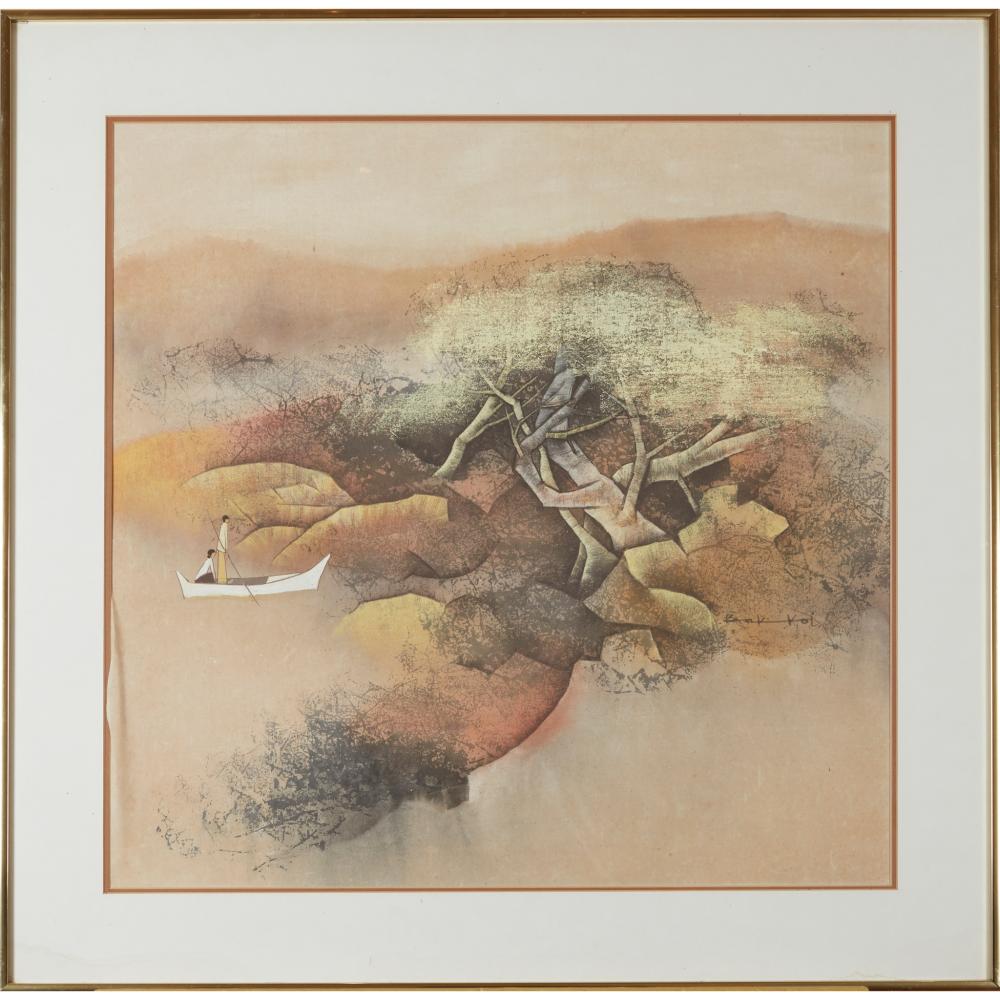 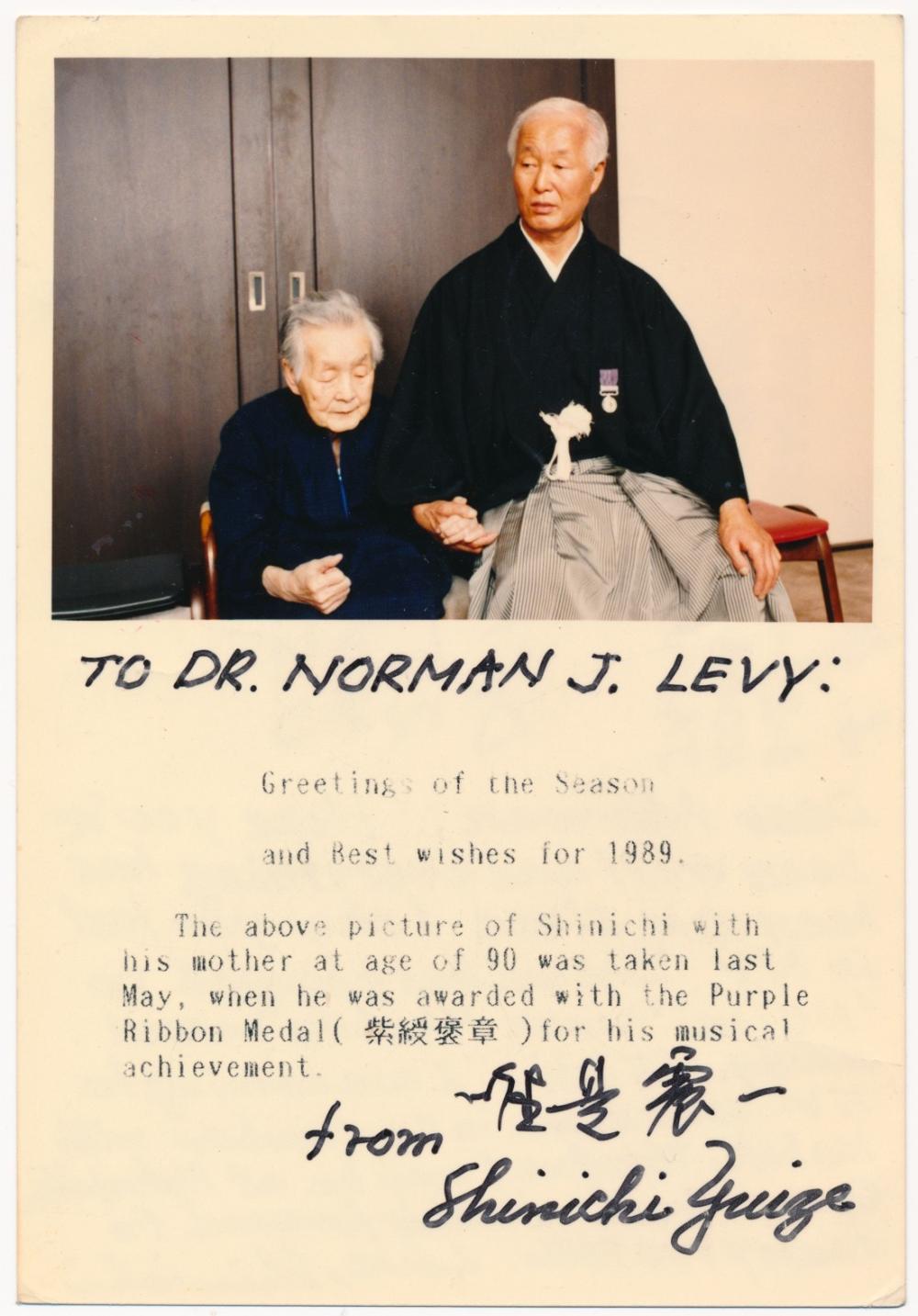 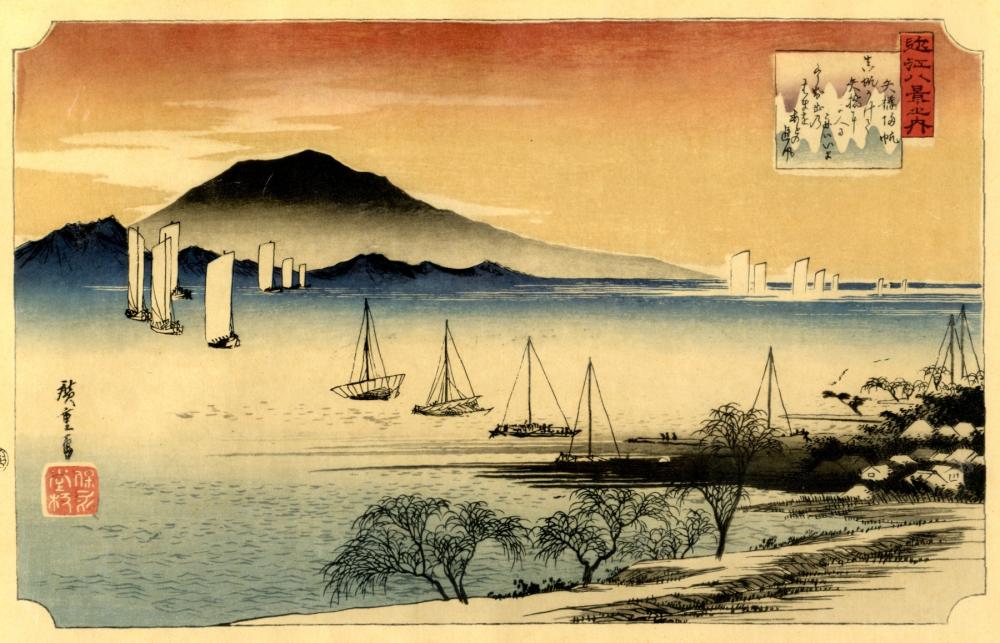 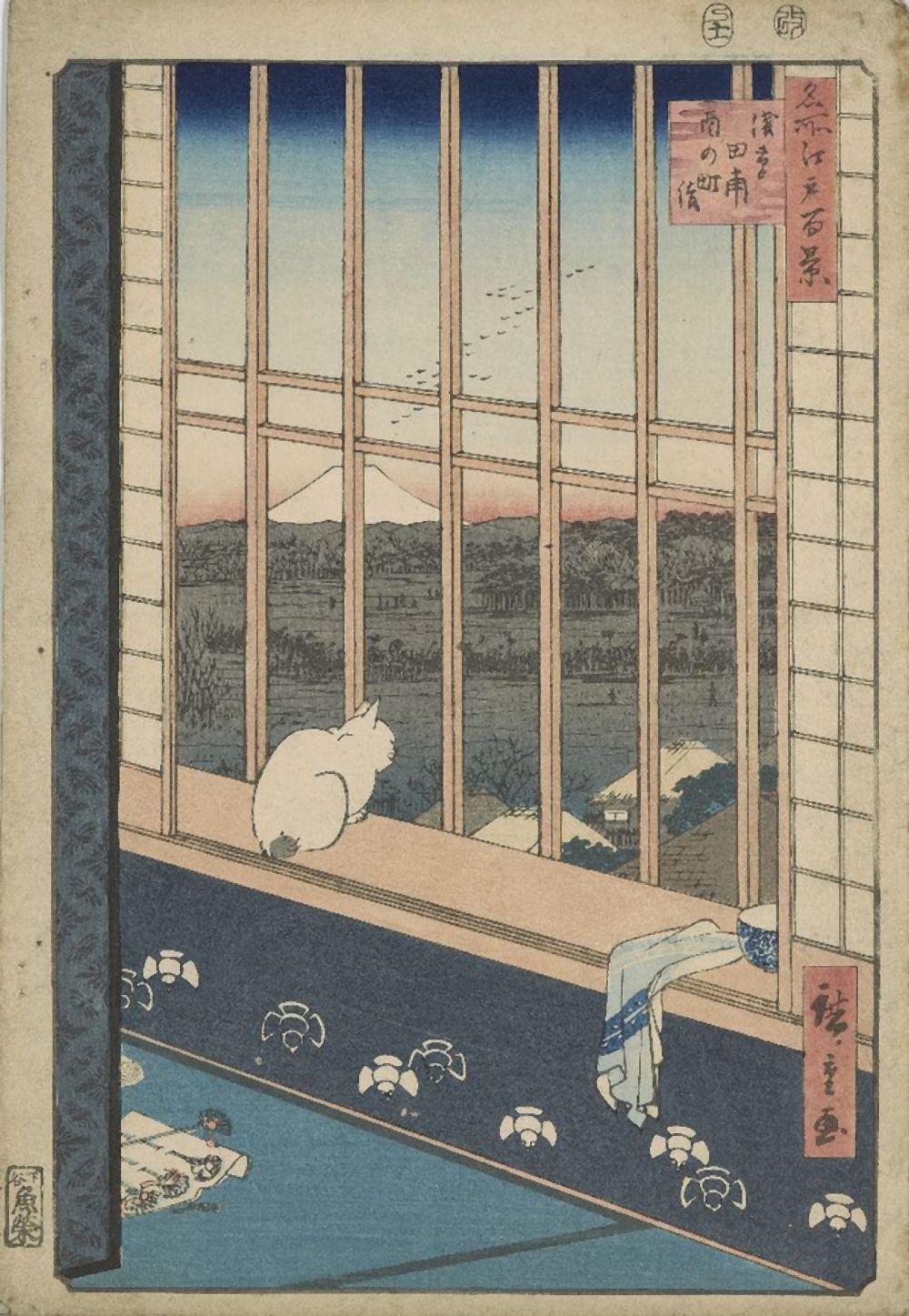 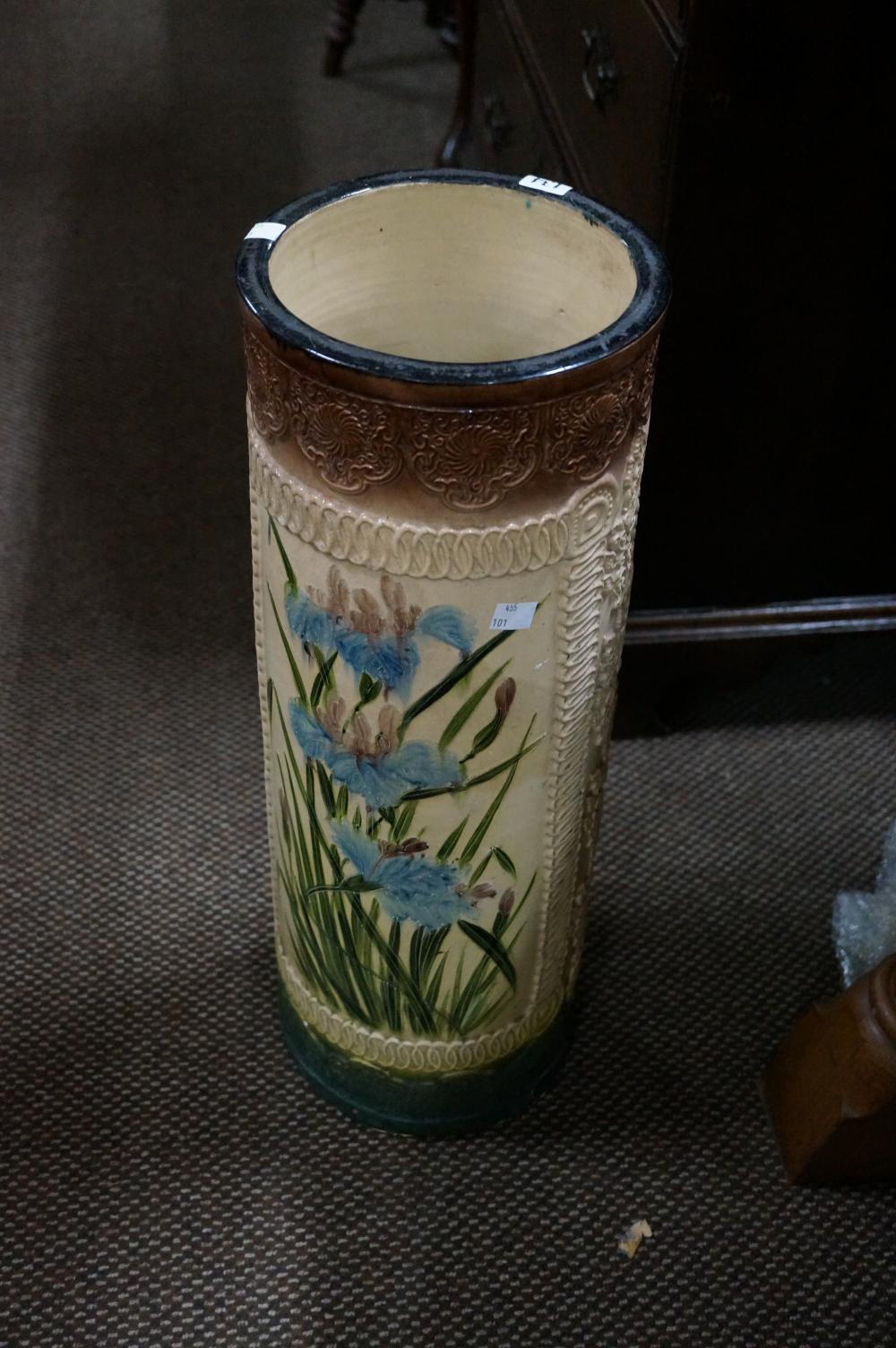 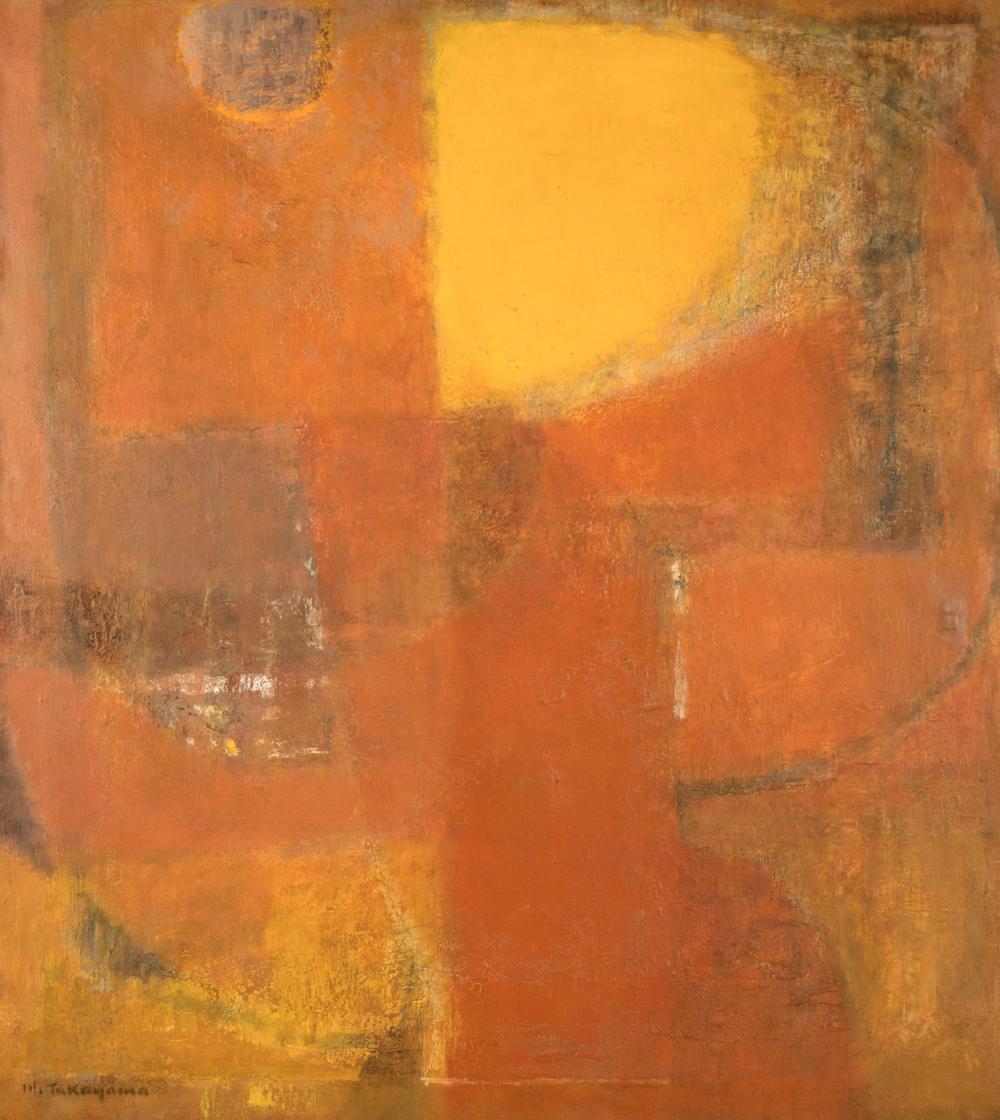 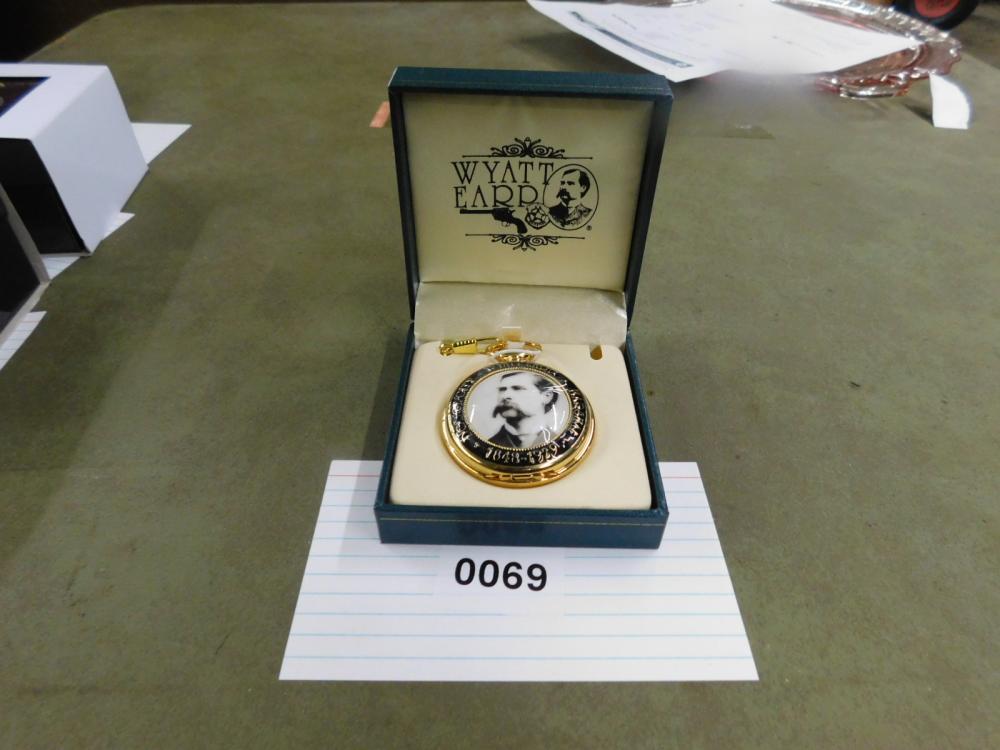 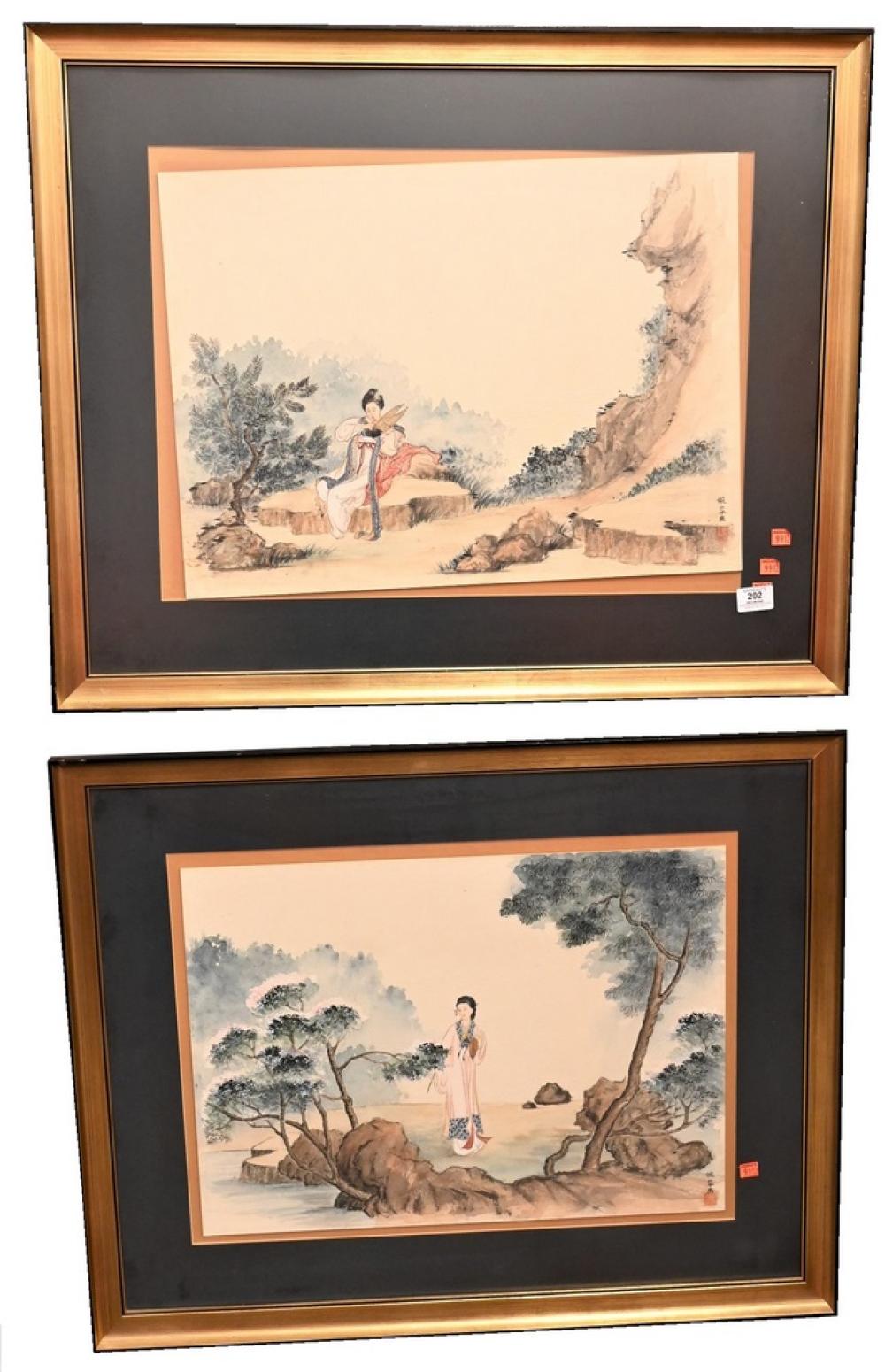 Group of 15 Chinese and Japanese Paintingsto include group of 12 watercolor on tissue paper of figurespair of watercolor on paper ... 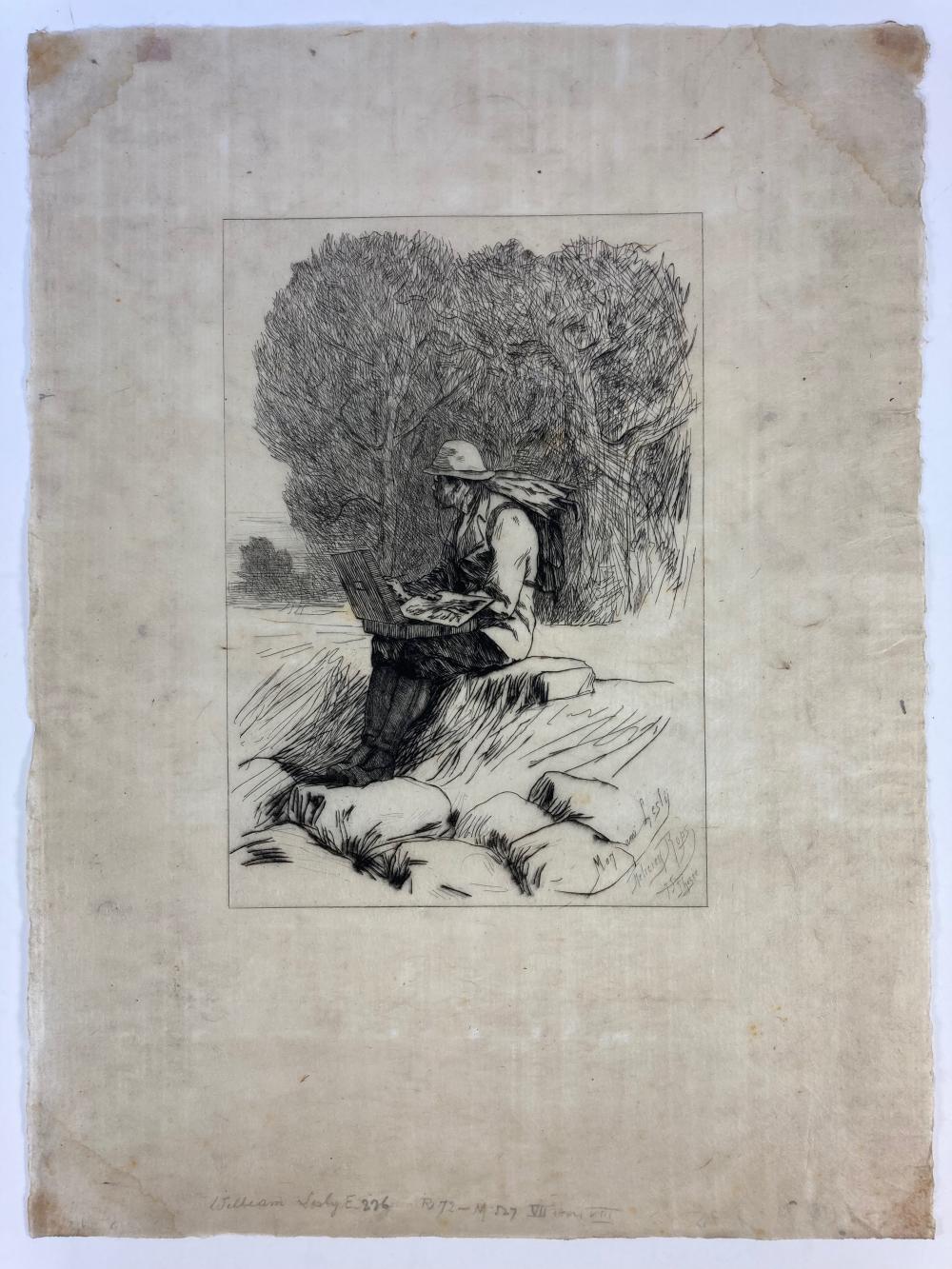 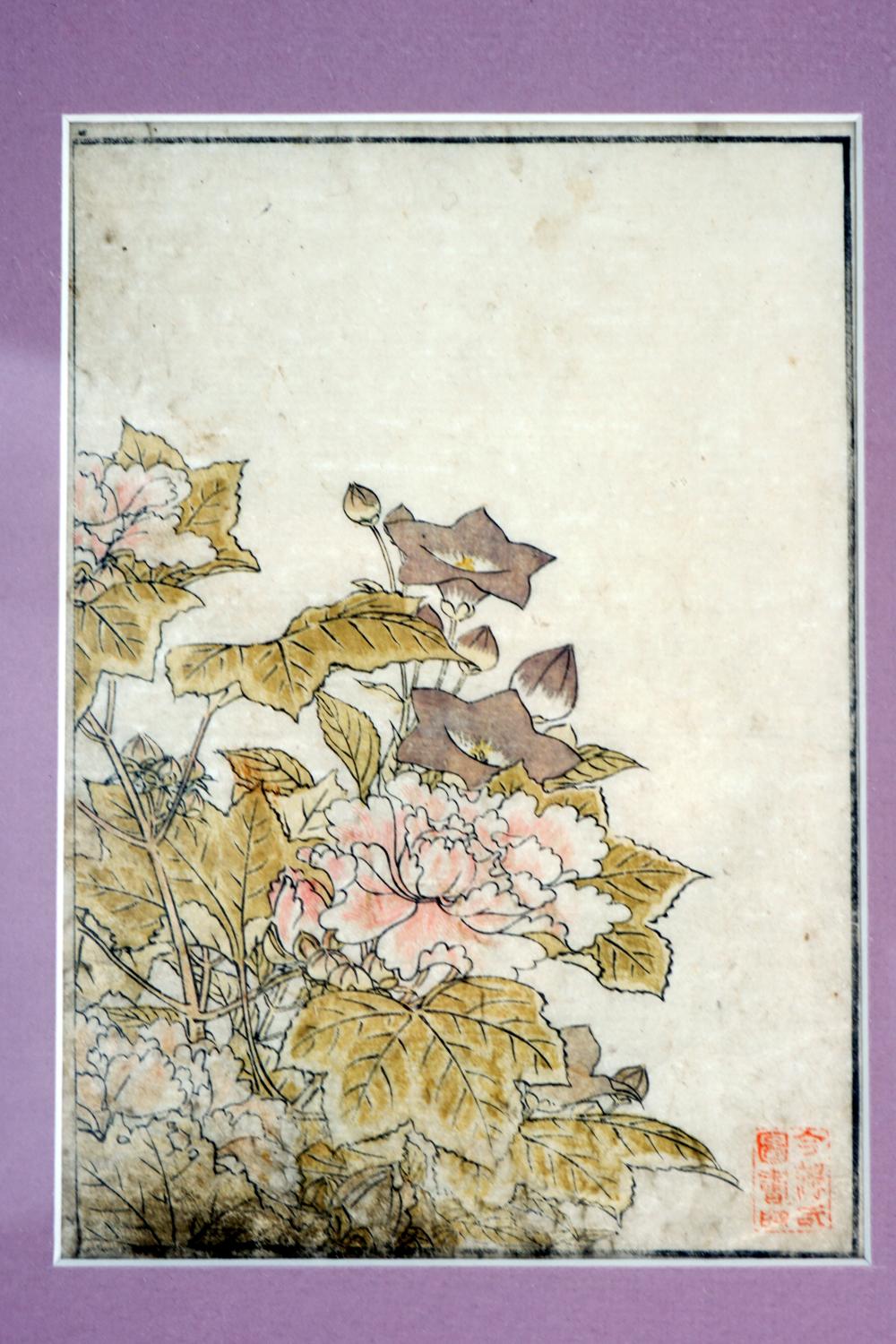 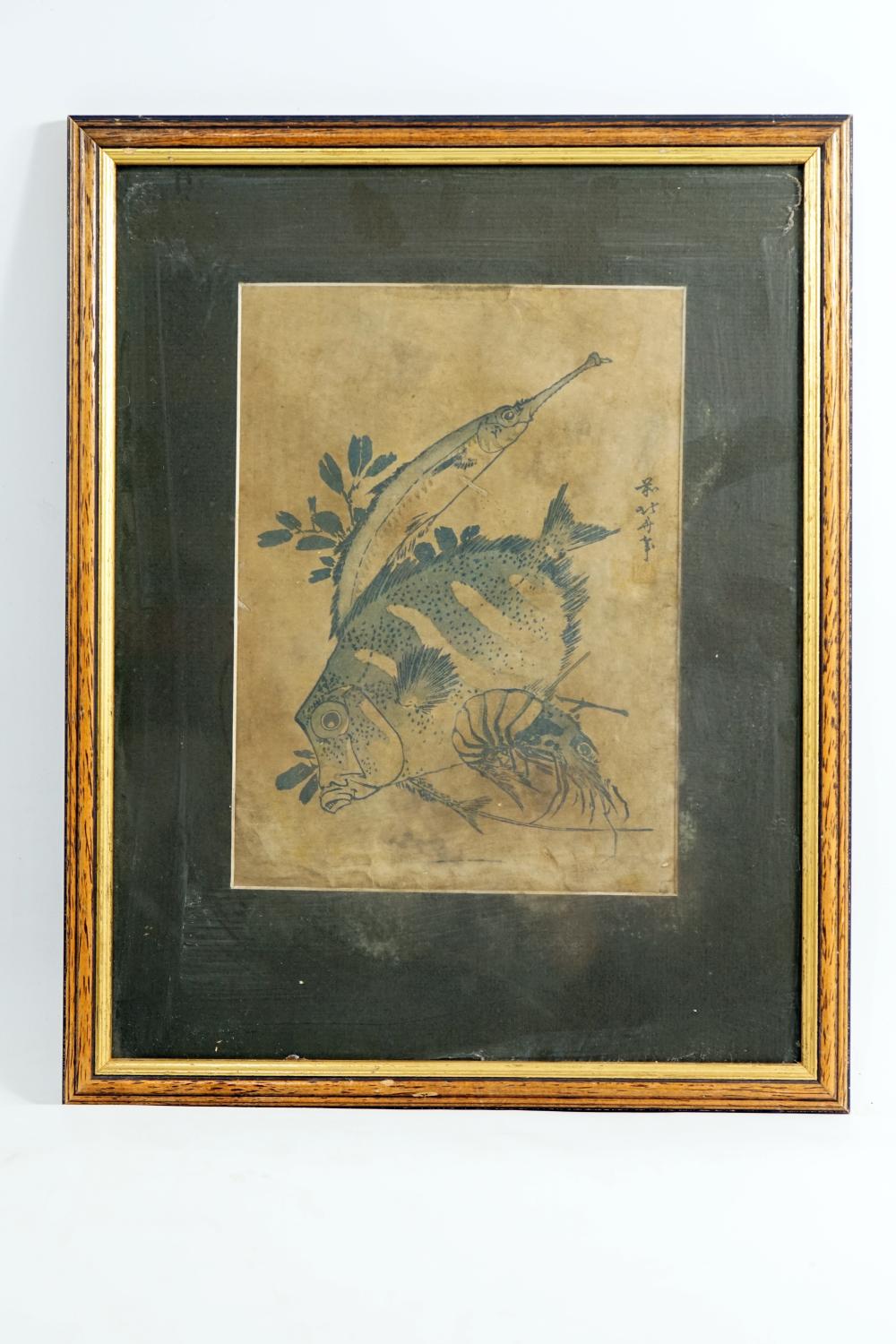 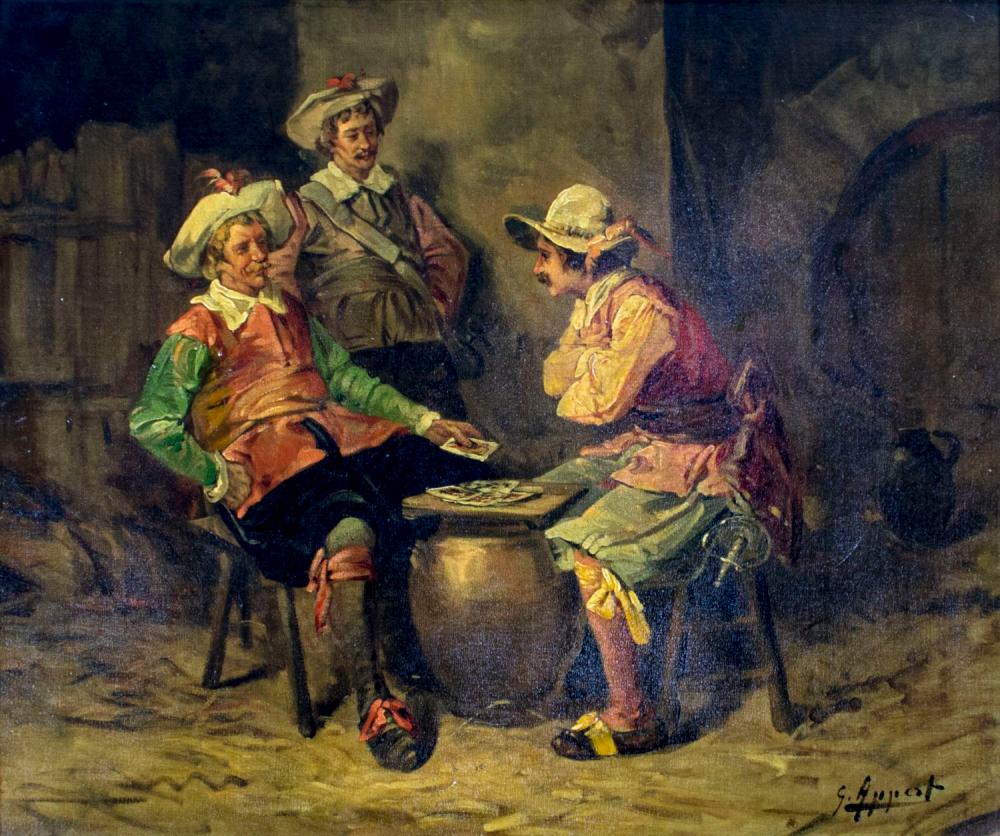 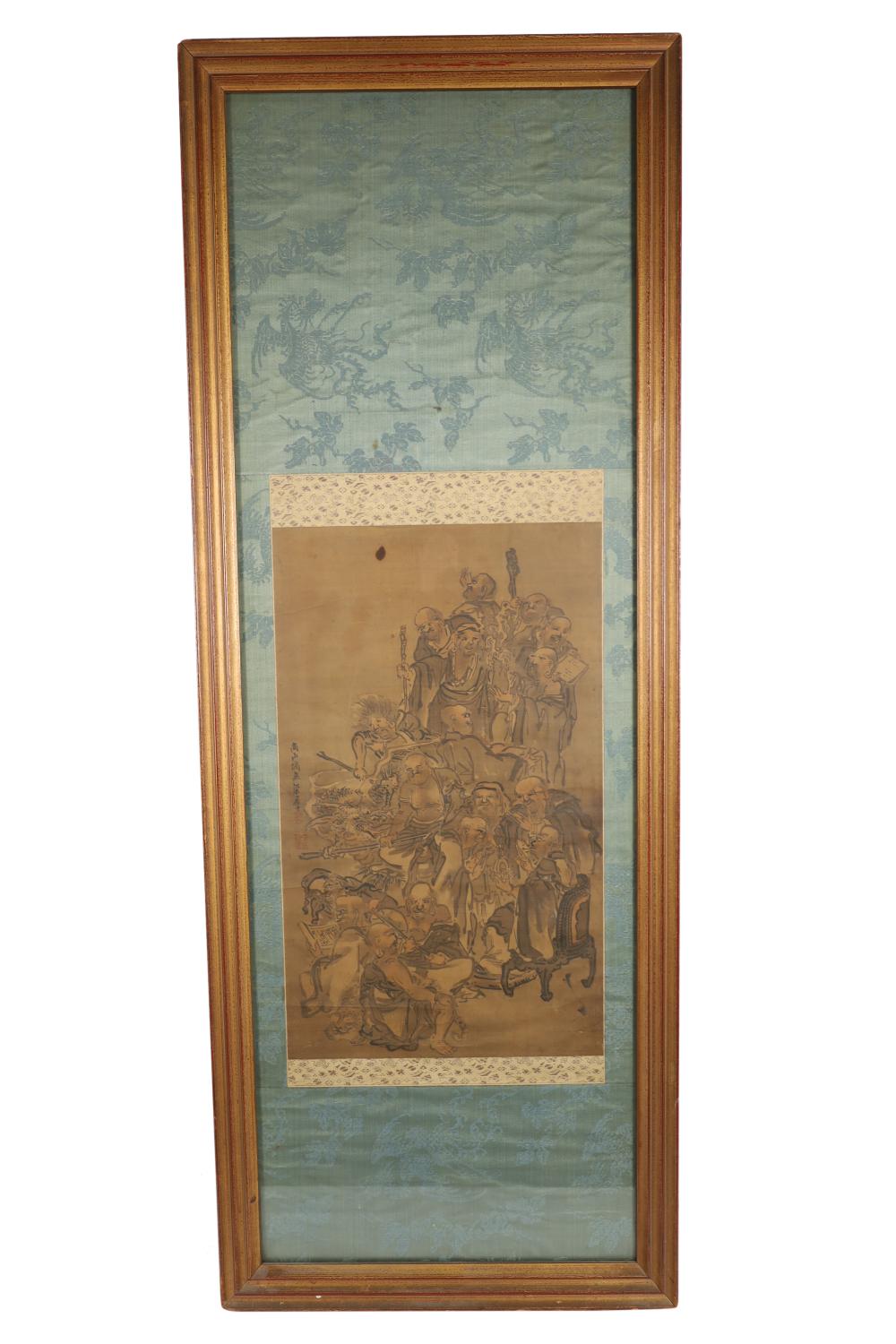 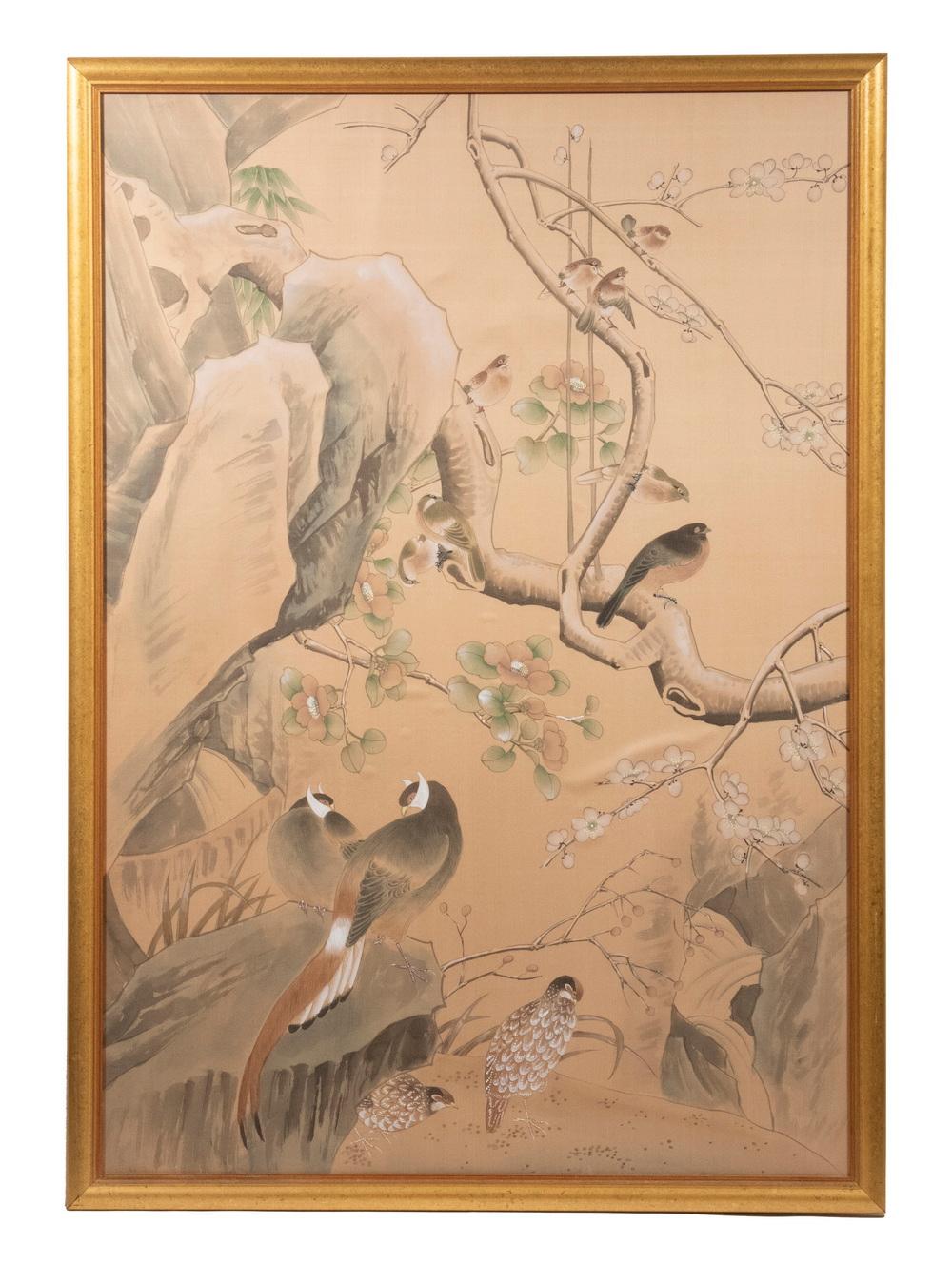 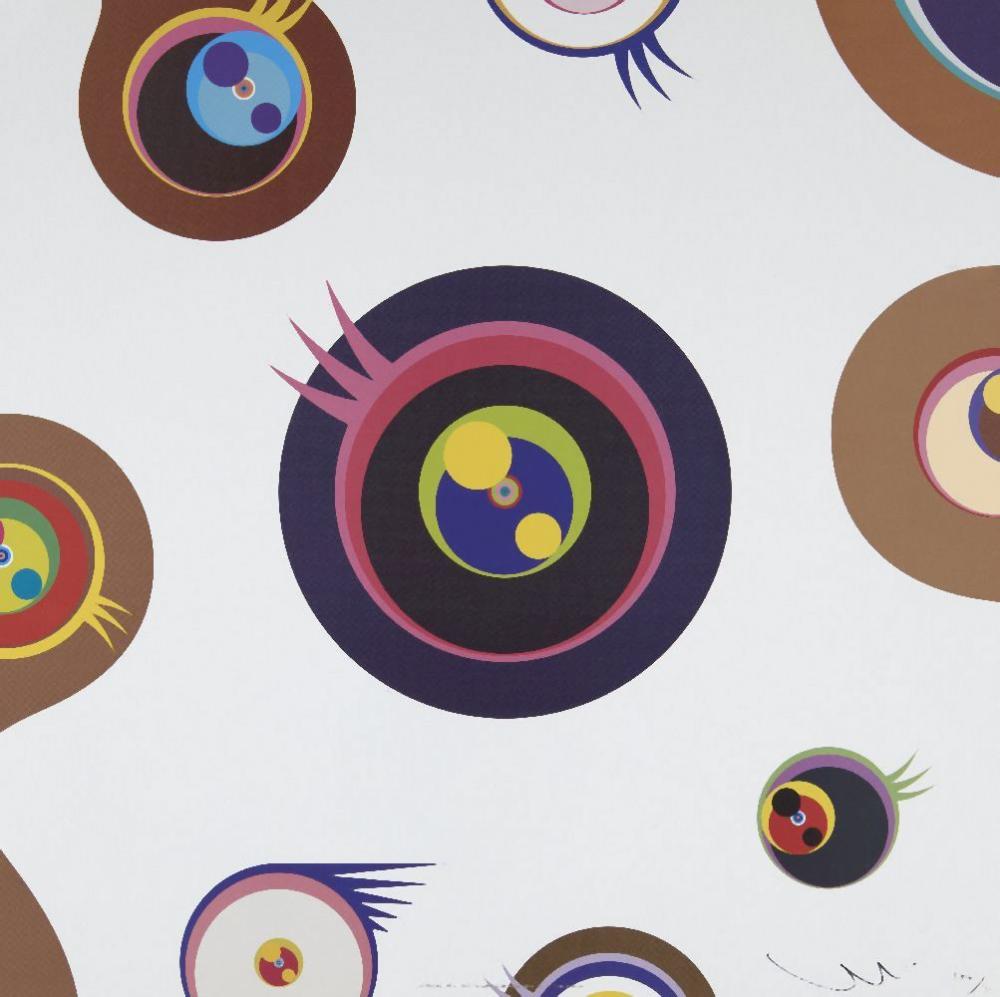 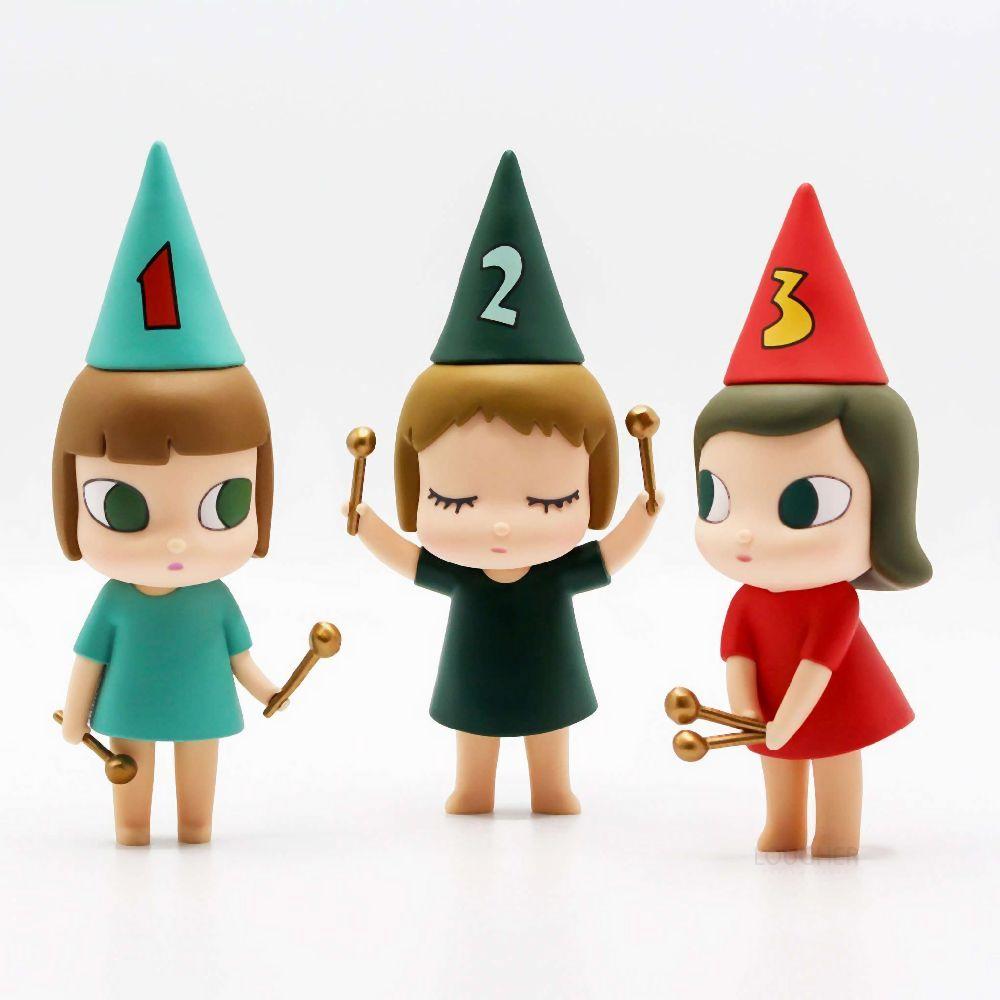 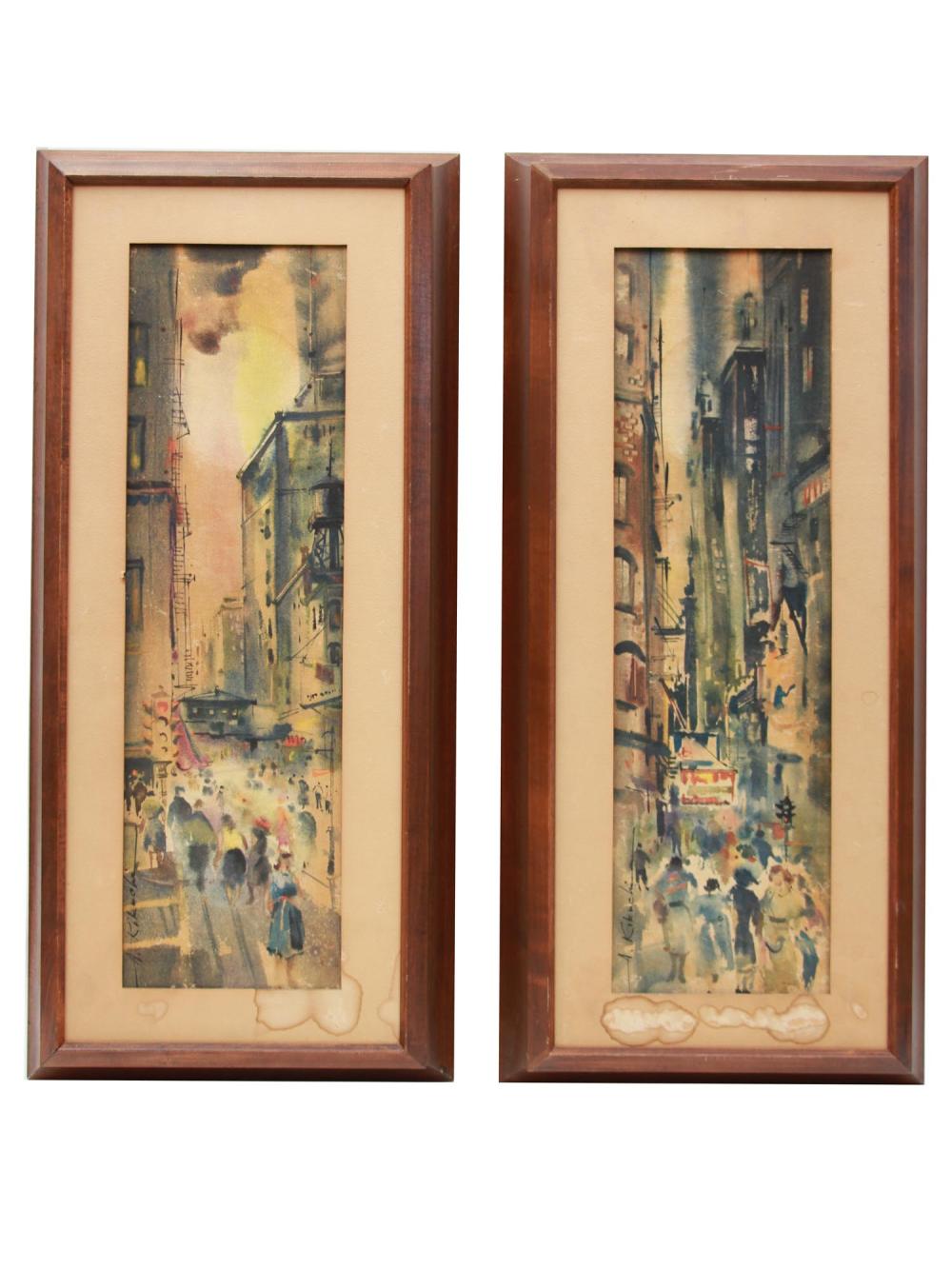 A PAIR OF PAINTINGS BY ATSUSHI KIKUCHI 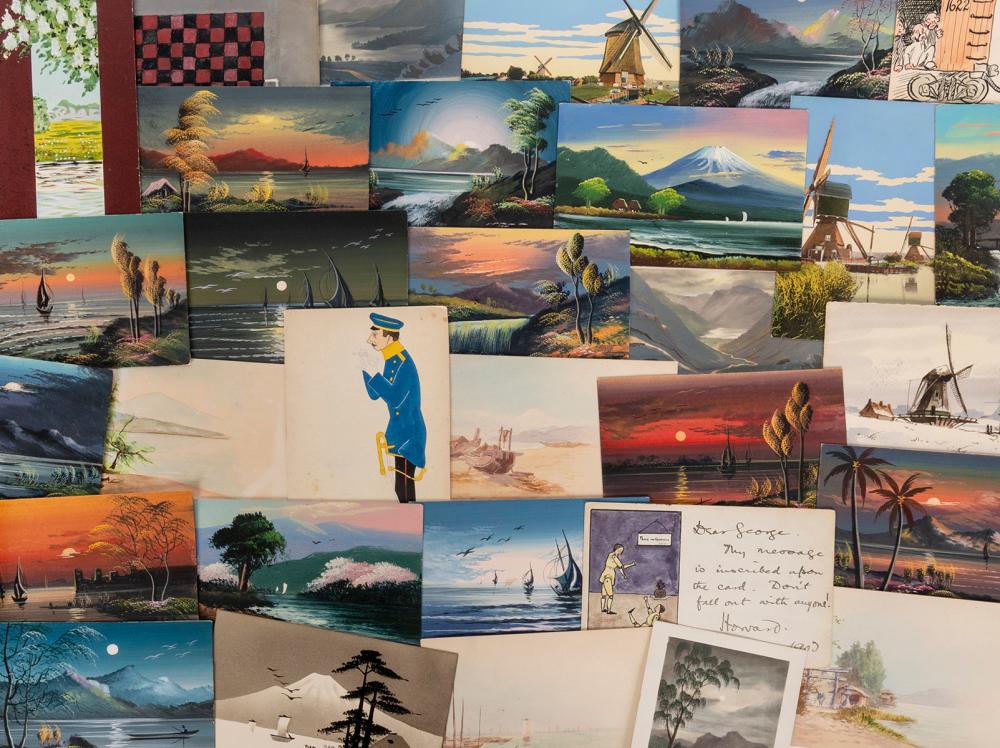 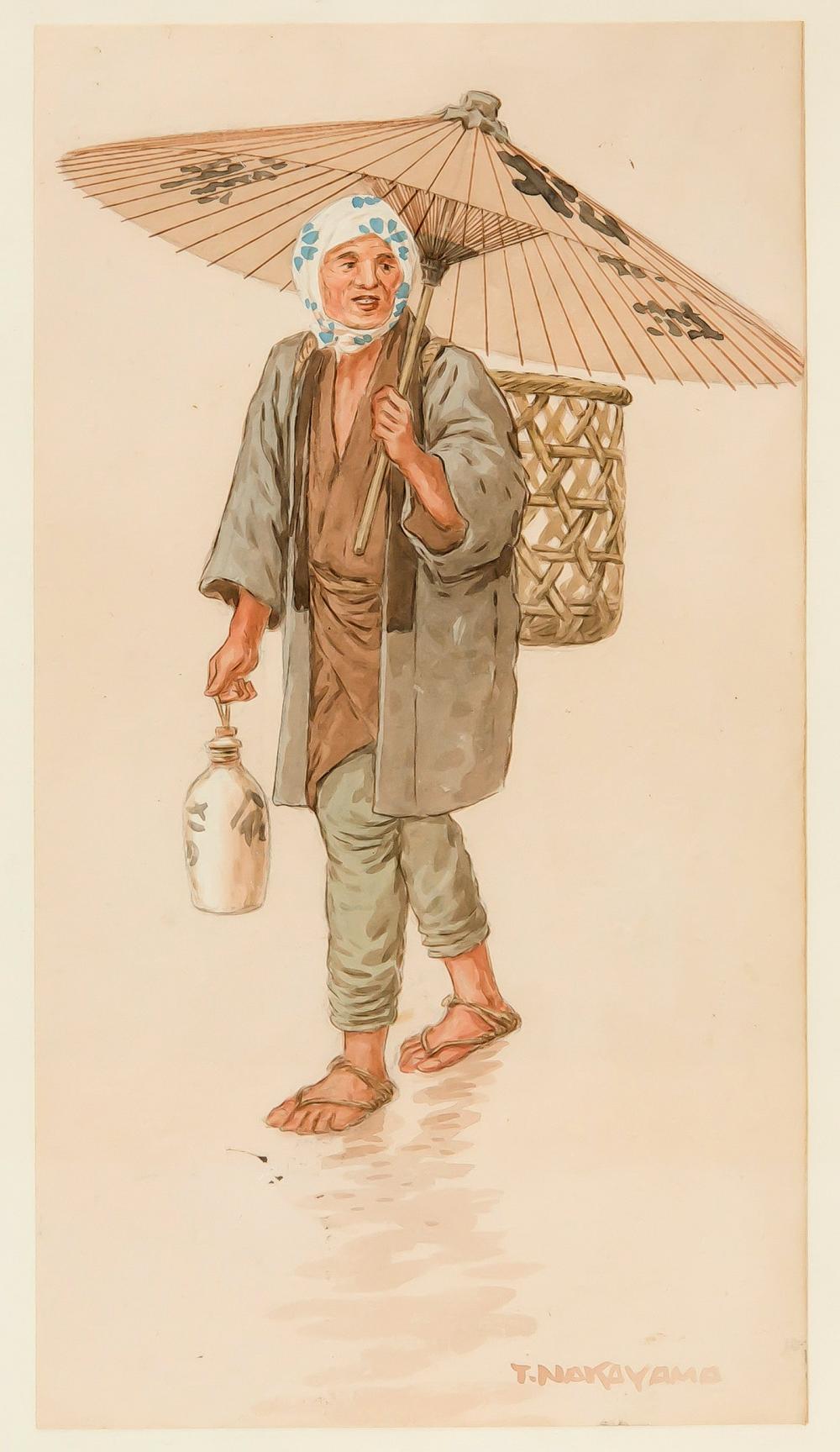 Watercolour of a peasant woman 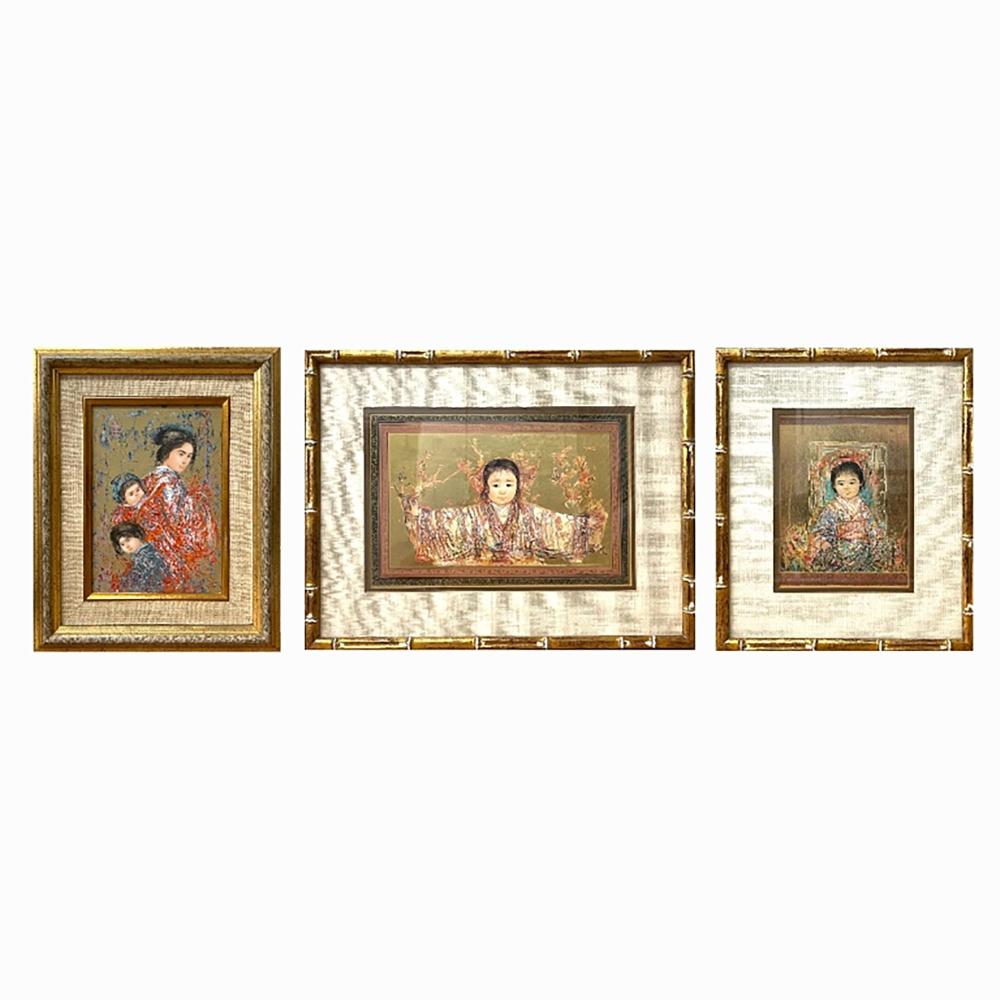