Dogu clay figures are the earliest known statues made by the Japanese people. Only about 10 to 30 centimeters high, these sculptural figures were likely used in religious ceremonies, though the actual use is unknown. Approximately 15,000 dogu statues have been found throughout Japan, dating from 14,000 B.C. to about 400 B.C.

The large exaggerated thighs and the appearance of breasts on some figures indicates a female figure, while the deliberate cutting of limbs leads scholars to believe these works were perhaps part of a fertility ritual. During this time, haniwa statues were also created to be buried with the dead in funerary ceremonies, perhaps as substitutes for human sacrifices.

Following influences from China and Korea in the 6th and 7th centuries A.D., the preferred mediums for statue making were wood, bronze, or clay. Stone, while common for their neighbors, was not popular among the Japanese. Many statues were created for the purpose of Buddhist or Shinto religious practices and therefore took the form of Buddha or other deities within shrines. 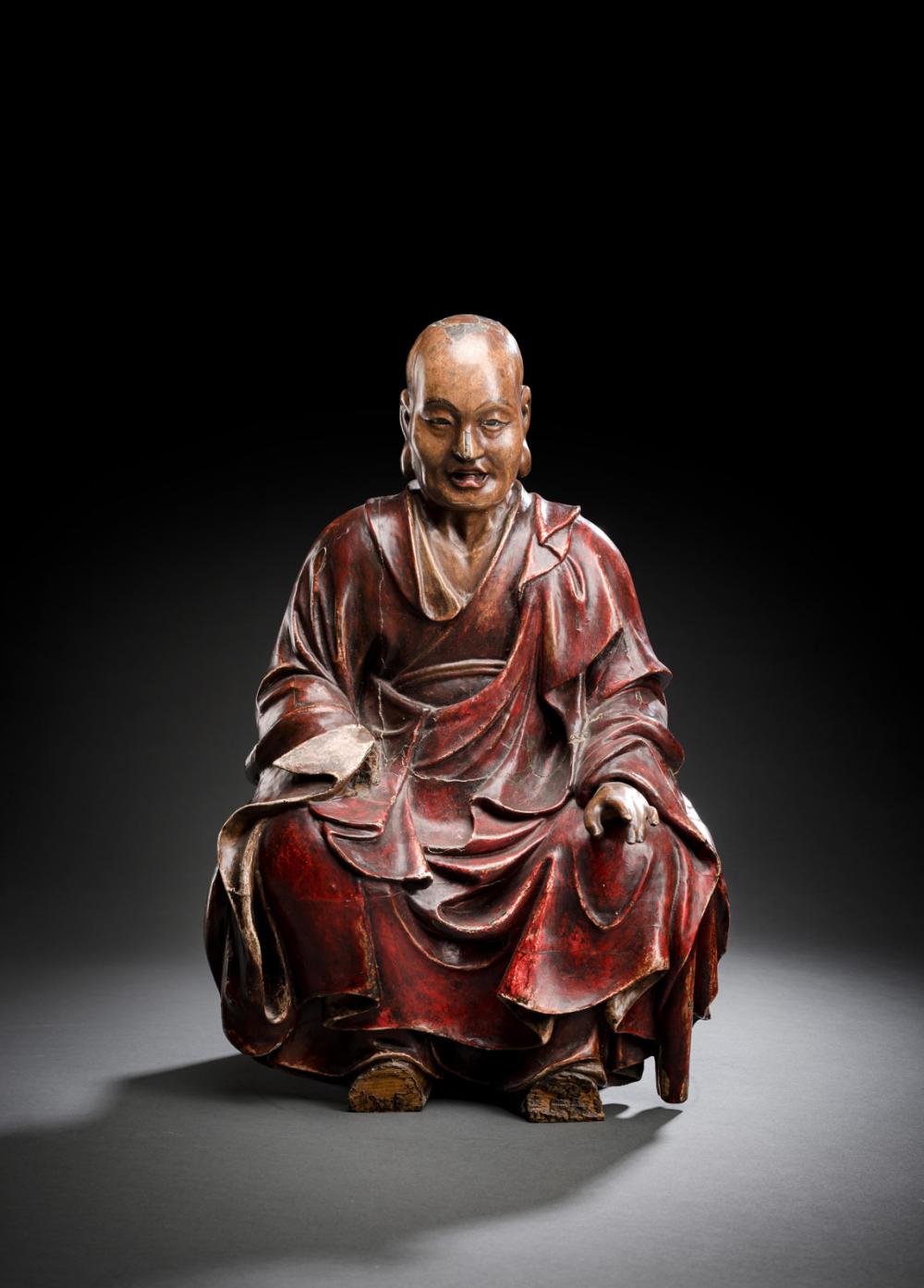 A POLYCHORME-LACQUERED WOOD FIGUR OF A SEATED MONK 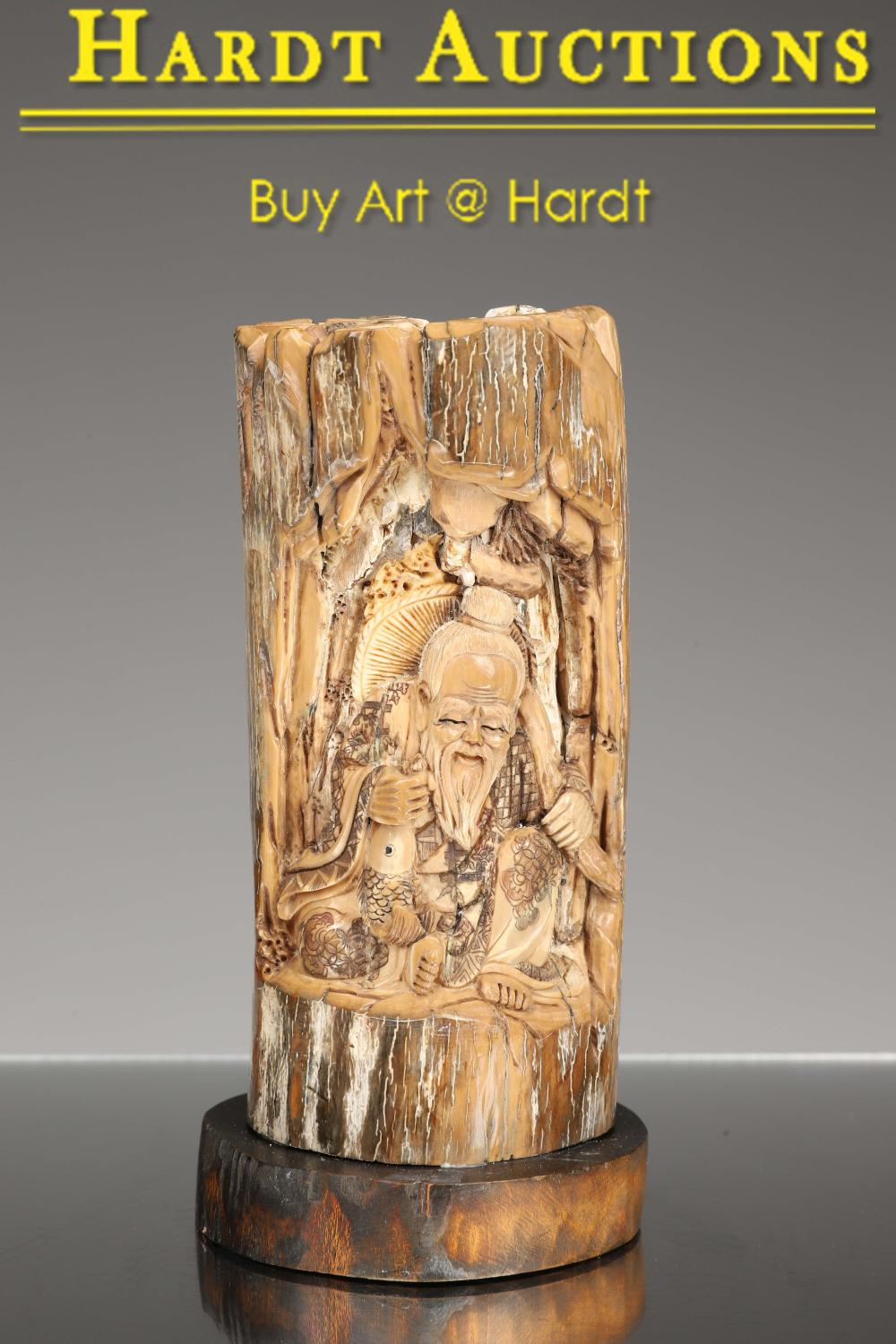 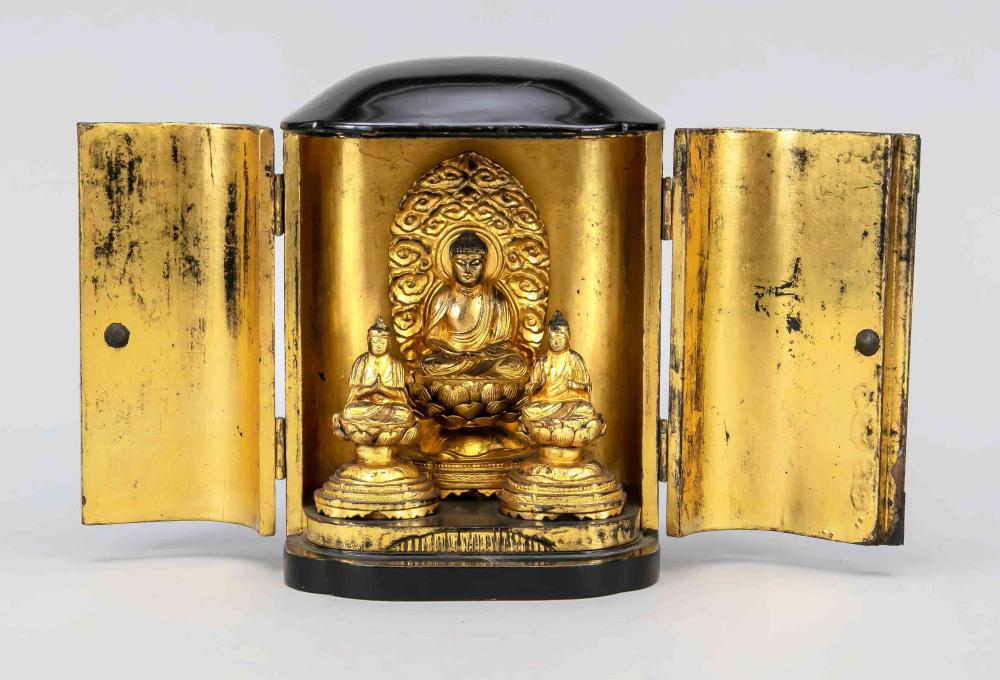 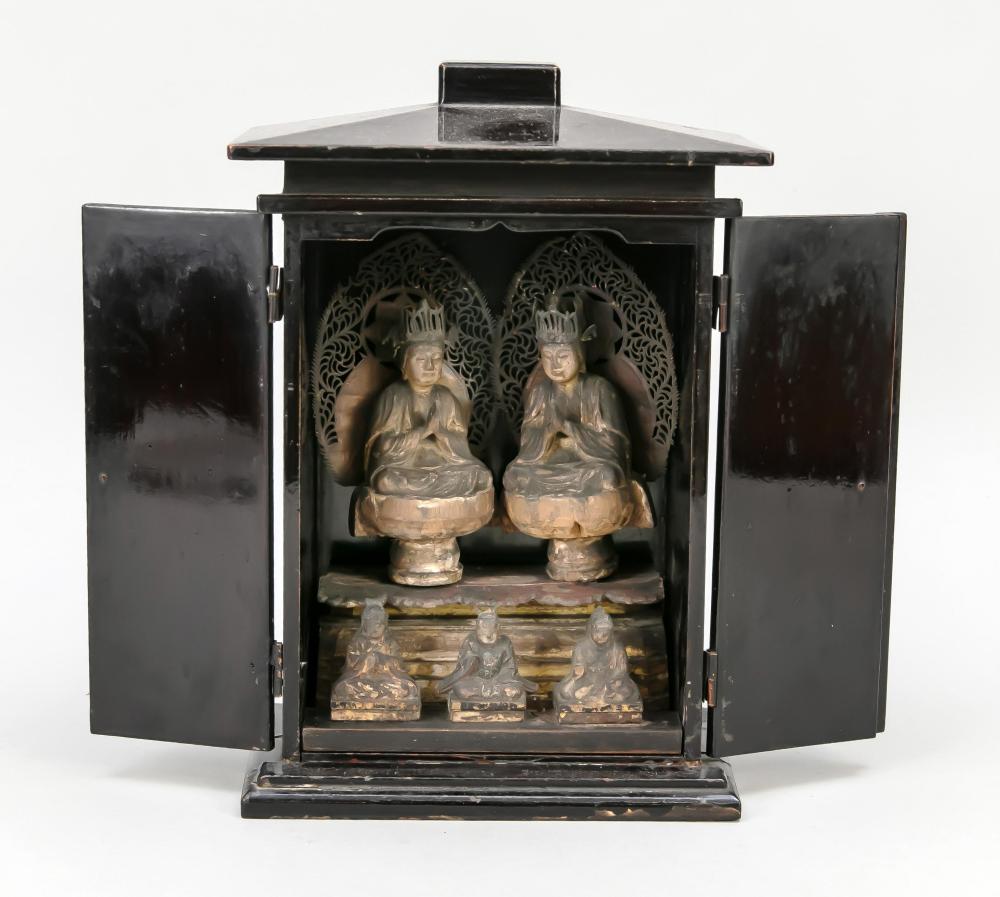 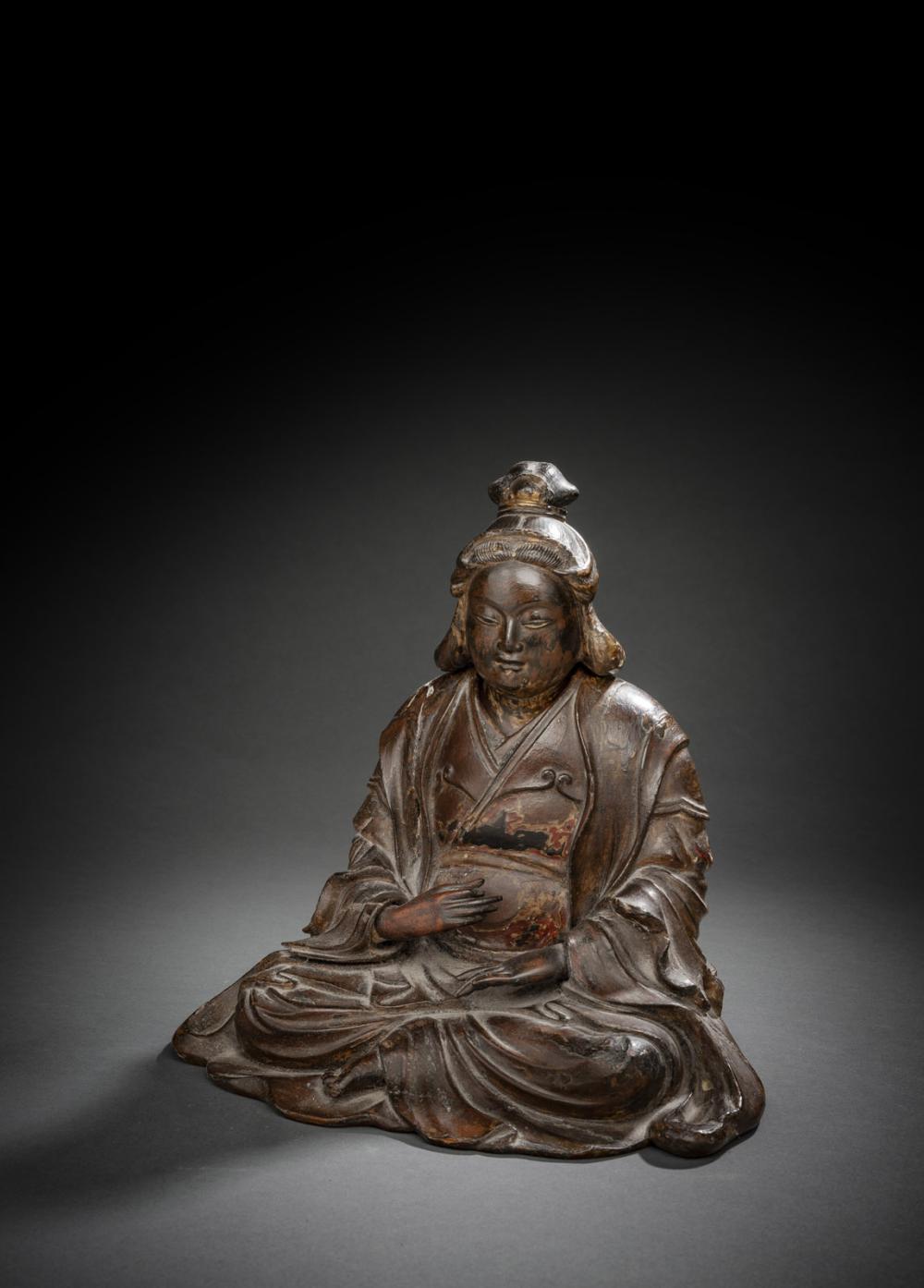 A LACQUERED WOOD FIGURE OF BENTEN 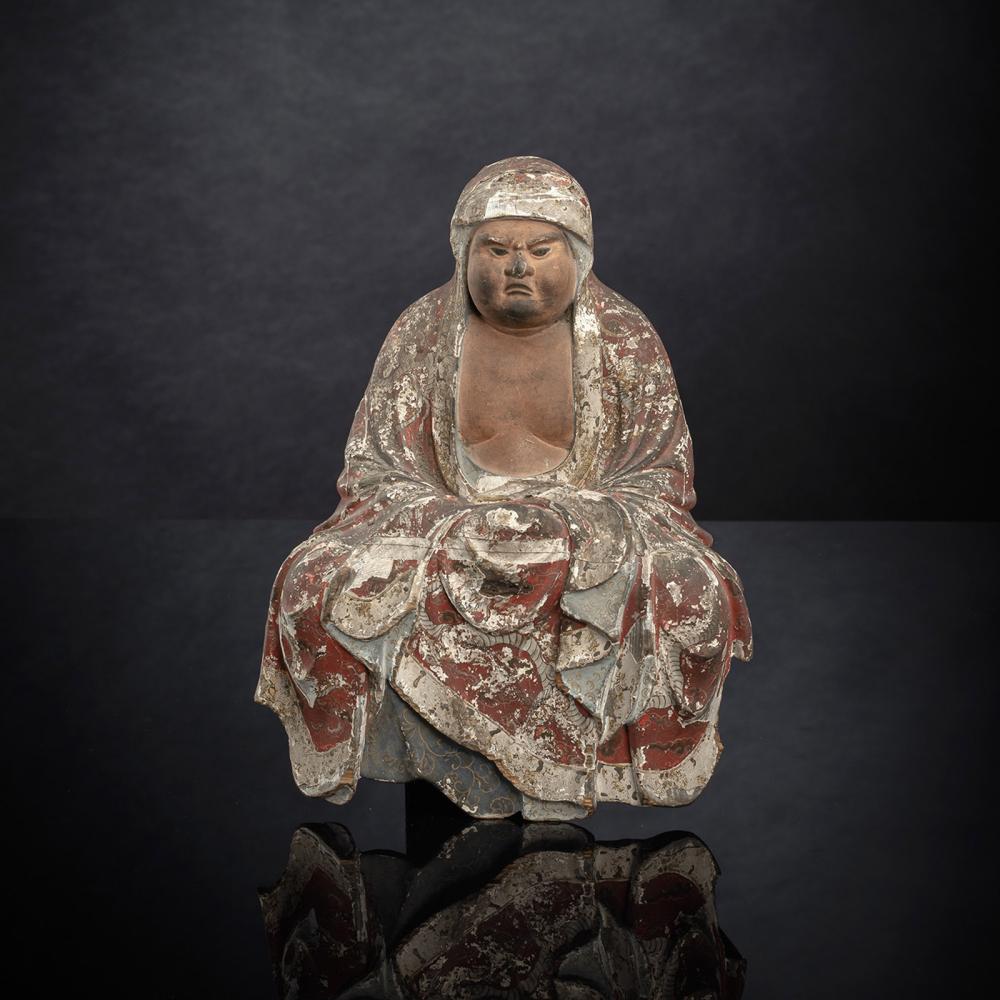 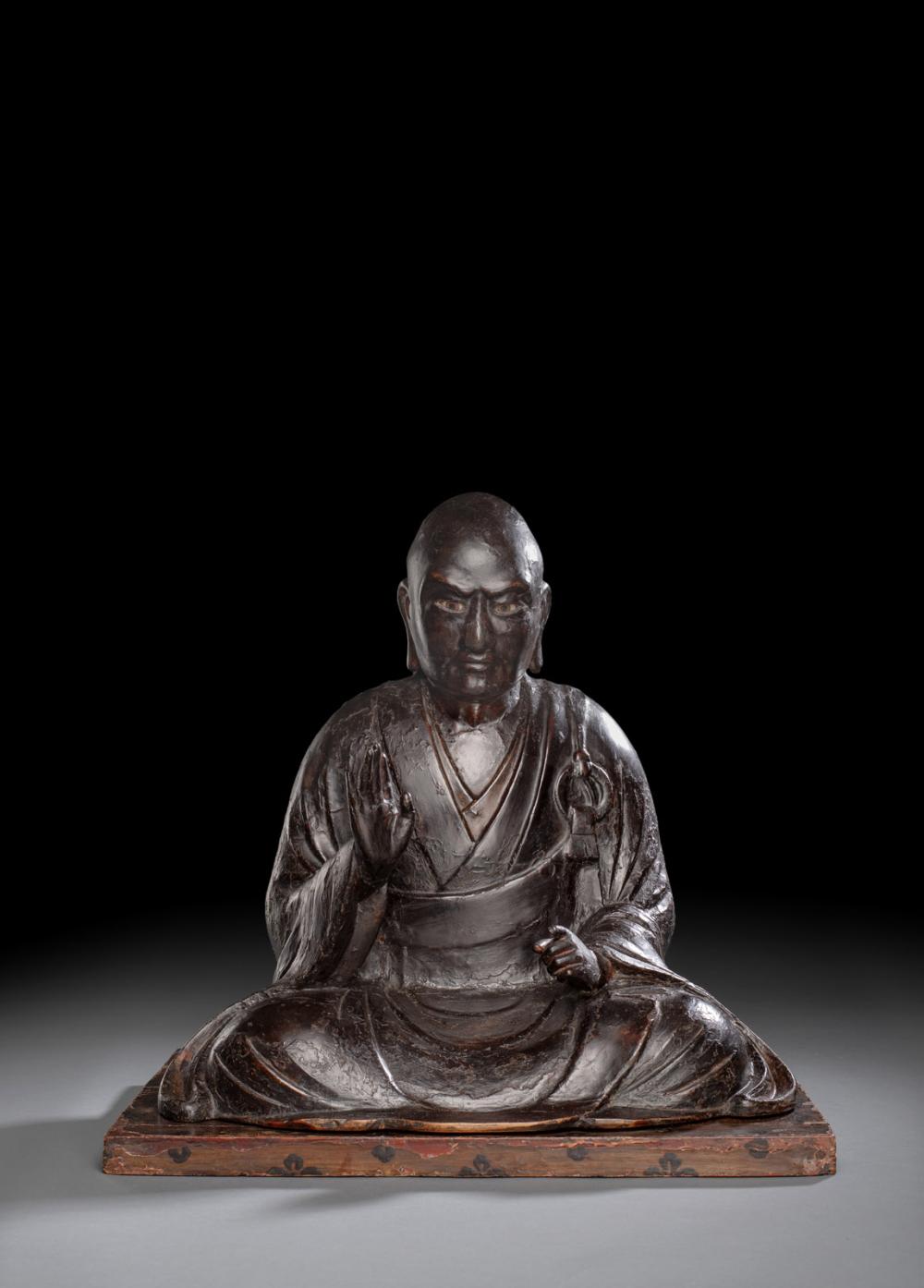 A CARVED AND LACQUERED WOOD FIGURE OF A SEATED PRIEST 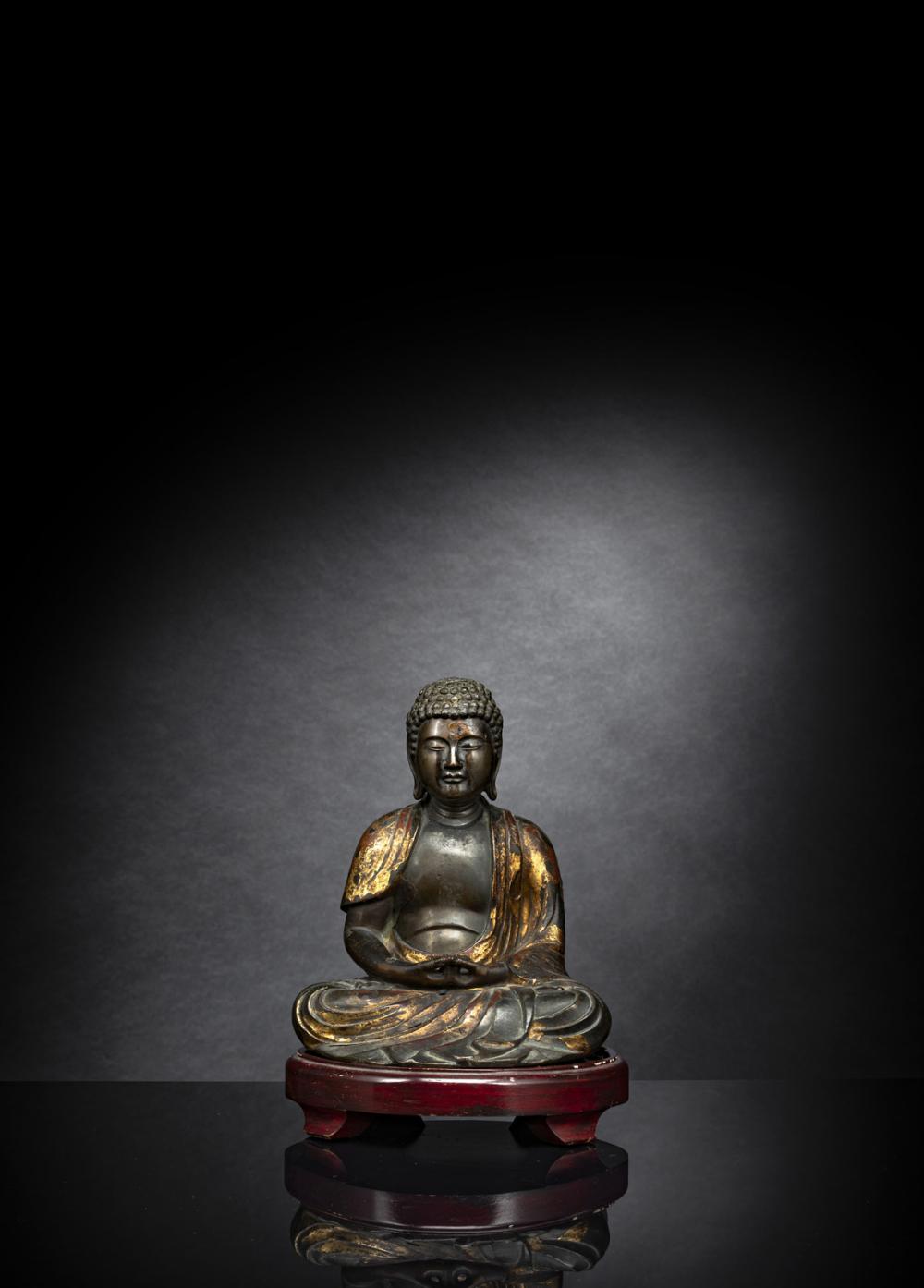 A FIGURE OF AMIDA WITH REMNANTS OF LACQUER GILDING 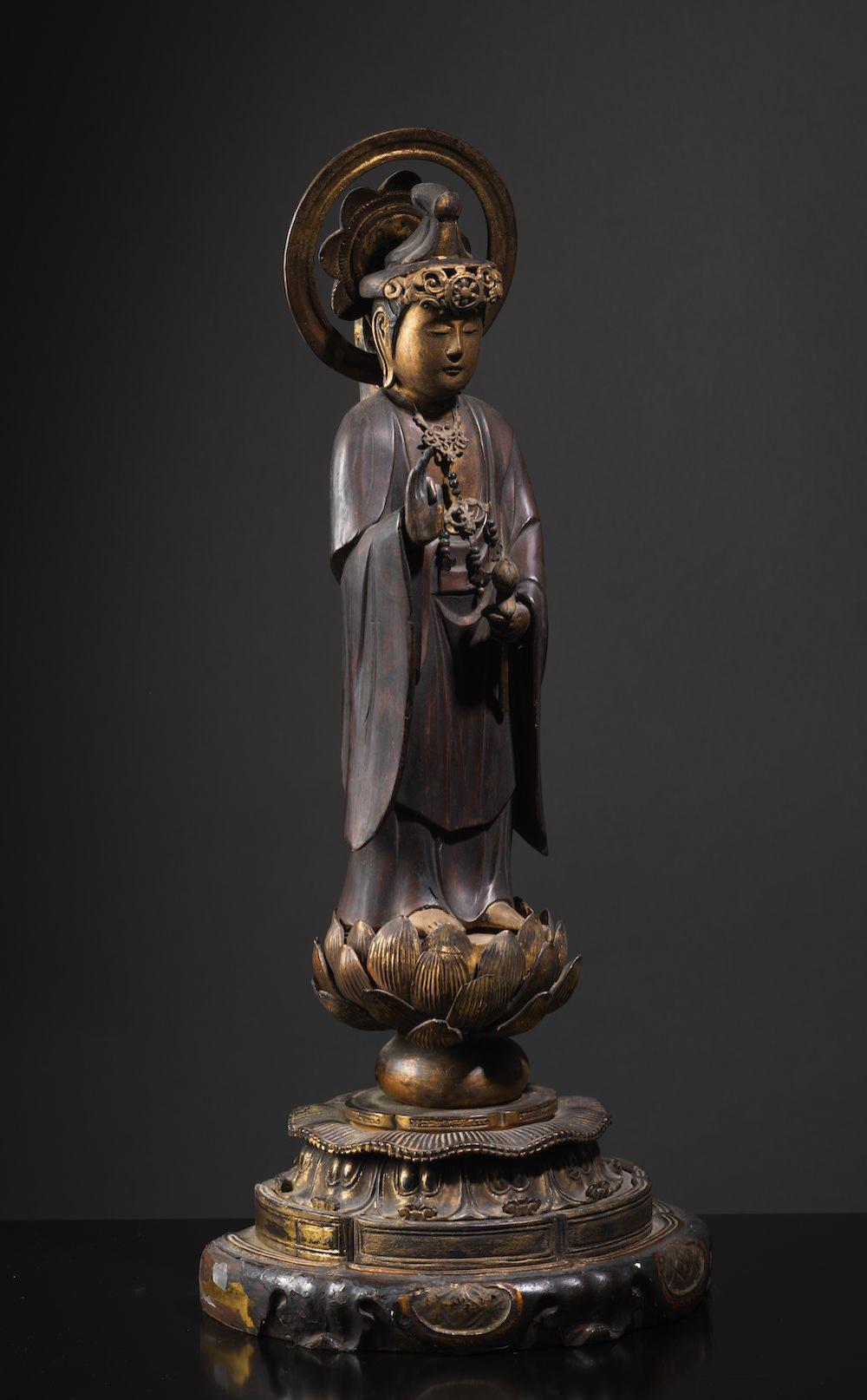 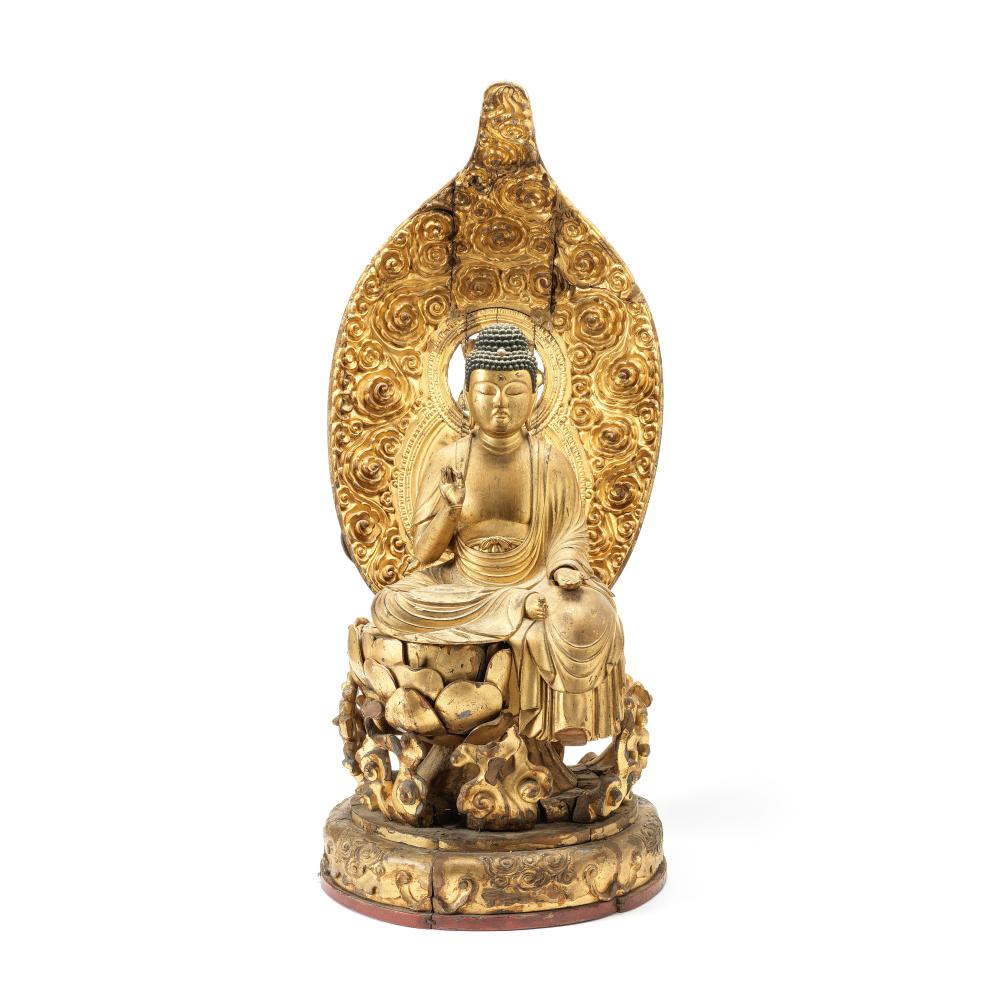 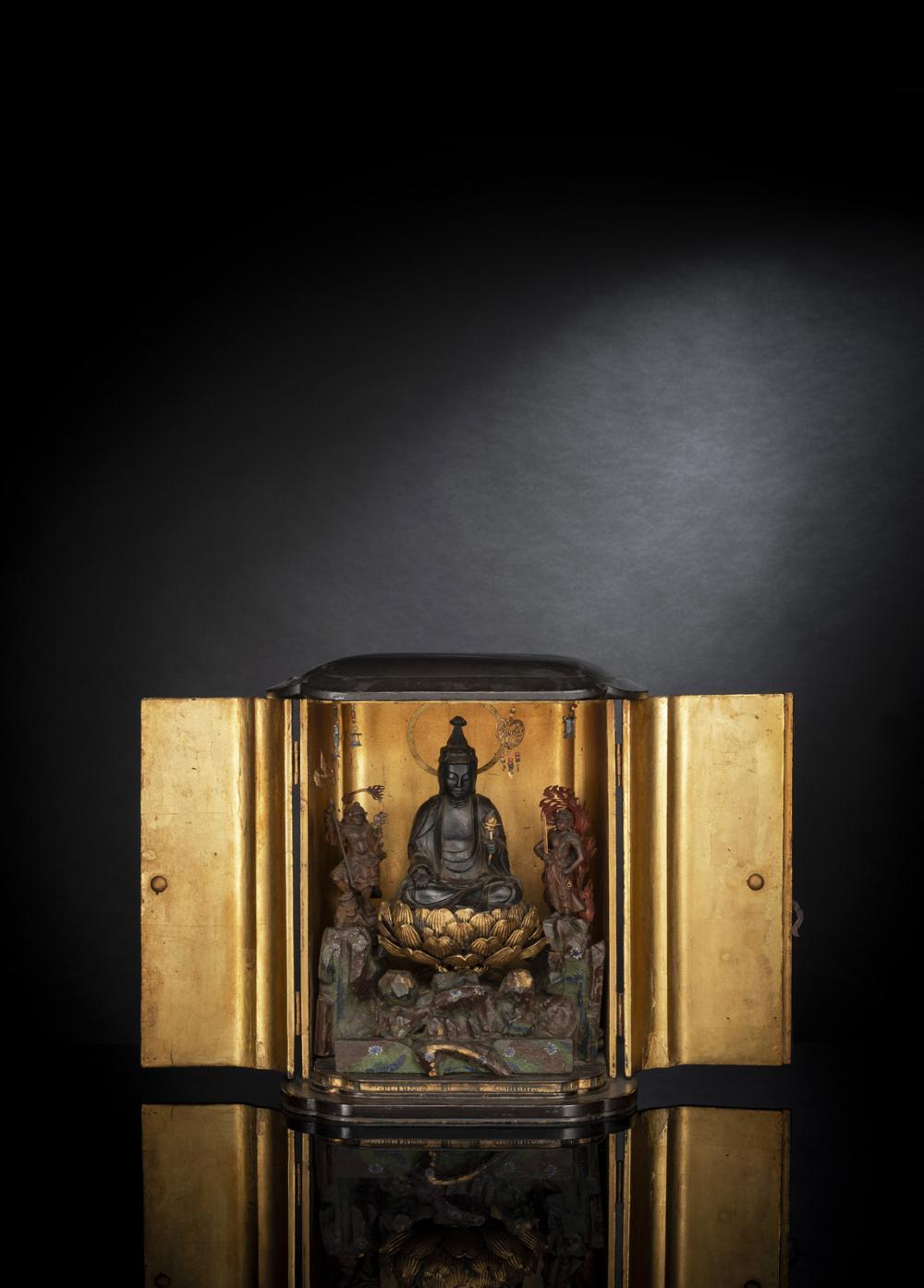