Lomonosov porcelain factory was founded in 1744 in Russia by Empress Elizabeth after a Russian scientist discovered the secret to making porcelain during a time when its formula was still well-guarded by Chinese crafters. Belonging to the House of Romanov, the Lomonosov factory produced tableware for the Russian Tsar court, keeping production on the smaller scale.

During the early 19th century, the factory was reconstructed and began to produce larger porcelain pieces. In 1915, with the war on the Eastern front, porcelain imports from Germany and England were suspended and the Lomonosov factory focused on producing things for the war effort, such as heat-resistant porcelain tubes. In the 1920s, the factory focused on technologically complex articles intended for technical purposes, as well as propaganda porcelain. In 1925, they won a gold medal at the Paris World Exhibition.

Today, the factory produces a variety of porcelain wares, including tea and coffee services, flower vases, sculptures, and souvenirs. While simple patterns are applied using a transfer, more complex patterns are hand painted. Items that are particularly sought-after by Lomonosov collectors include those made between 1750 and 1820, when prominent artists from the Academy of Arts designed and decorated the porcelain. 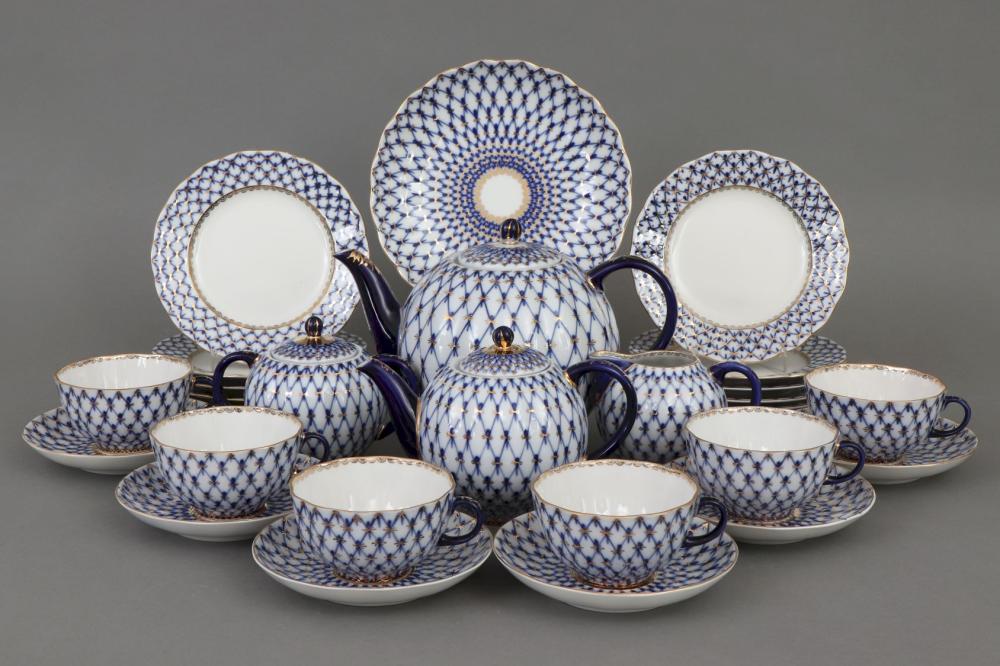 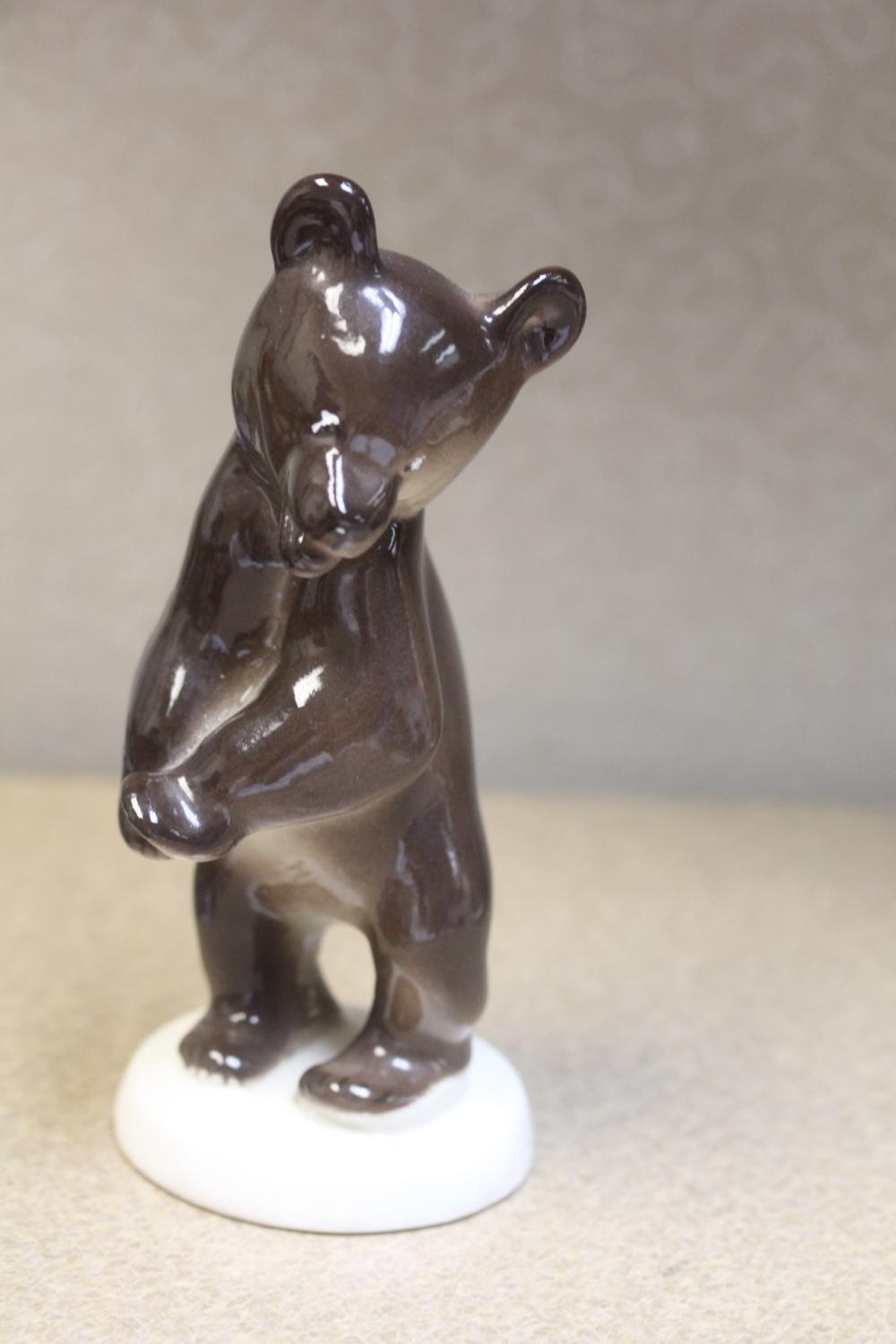 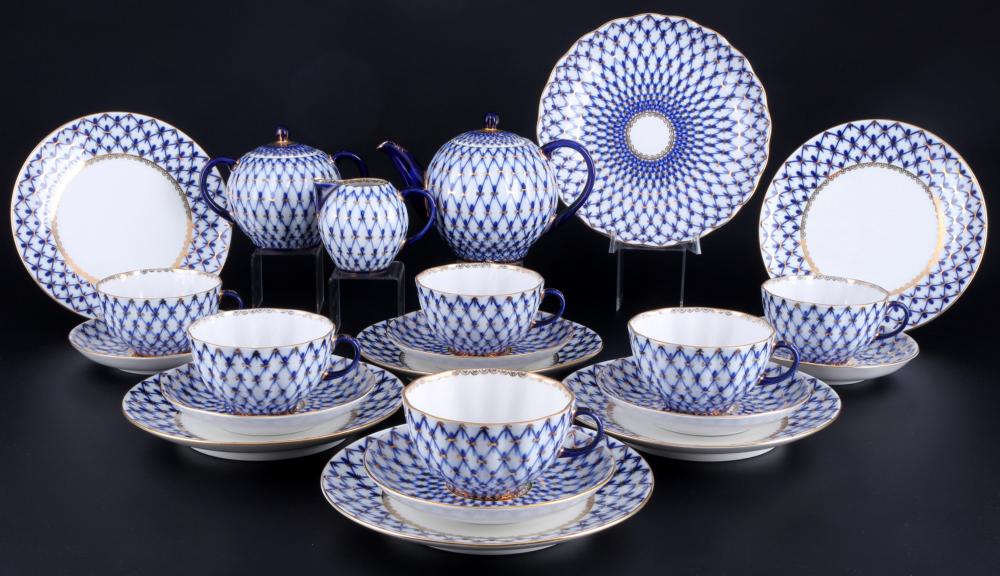 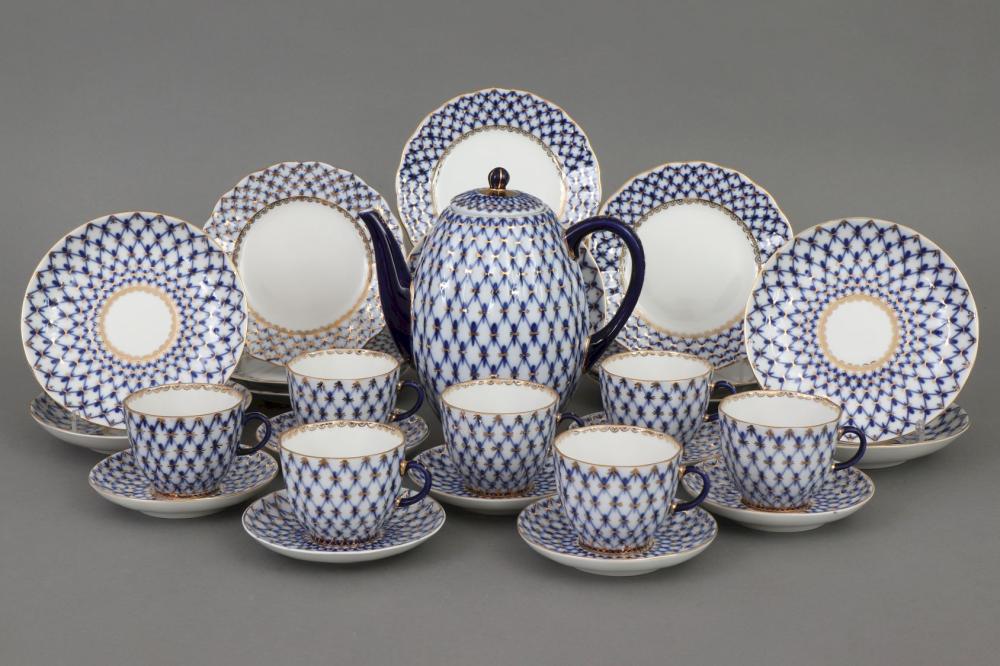