The Masonic Fraternity, or "freemasons," have their roots in the Middle Ages. The most popular theory is that the organization arose from the stonemason guilds of the time, and the symbols and language used for masonic rituals come from this era. The masons are also referred to in the "Regius Poem," which was written around 1390. The modern-day masonic lodges began in 1717, when four lodges located in London formed the first Grand Lodge of England. Since that time, freemasonry has been prominent worldwide.

Masonic regalia and jewelry that shows up on the collector's market usually includes items previously owned by members of the masons. While most regalia is owned by masonic lodges, some personal regalia may be acquired. These include member aprons, shirts, hats, and gloves. Jewelry includes rings, lapel pins, watches, watch fobs, breast jewels, and other items.

Masonic craft lodge jewelry usually shows the blue compass and square. Lapel pins, however, can represent a variety of symbols, including the masonic trowel, Euclid's 47th proposition, past master pins, and pins representing occupations related to masonry. Jewelry from related organizations may also be collected including Scottish Rite, Eastern Star, or The Shriners. 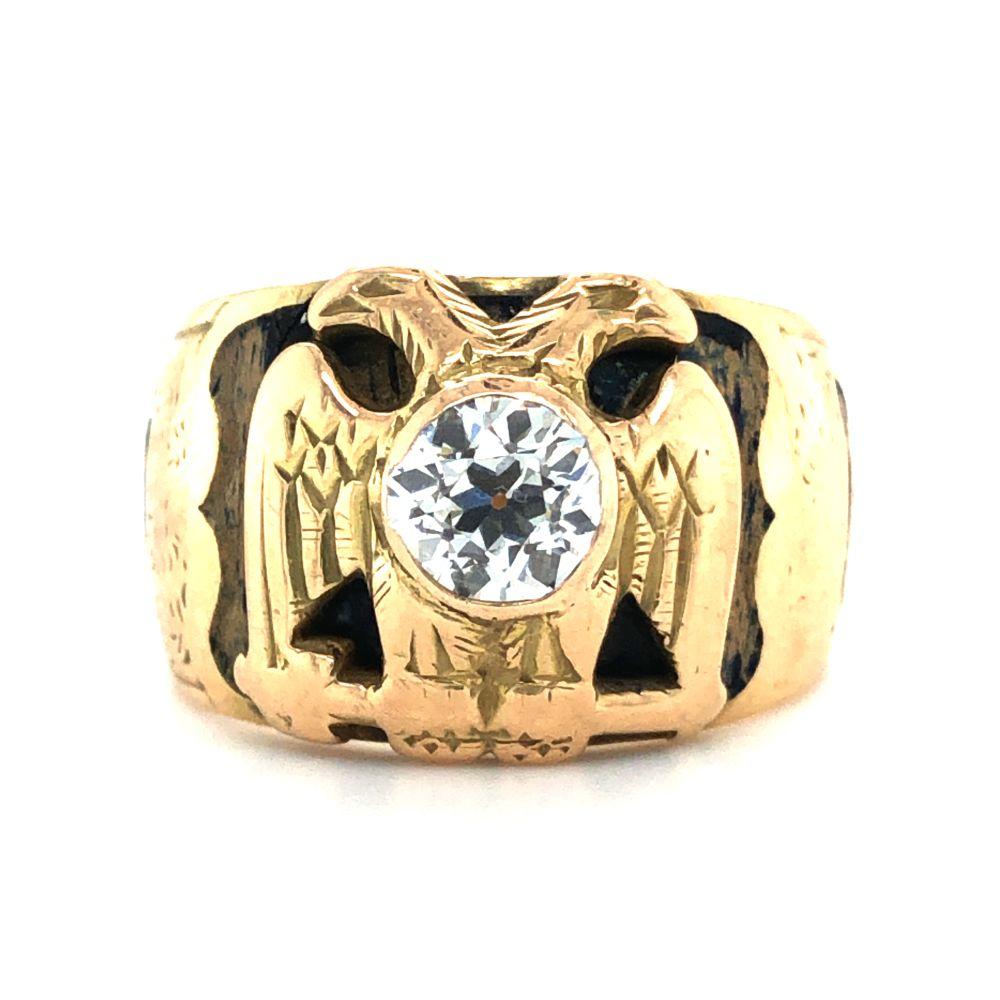 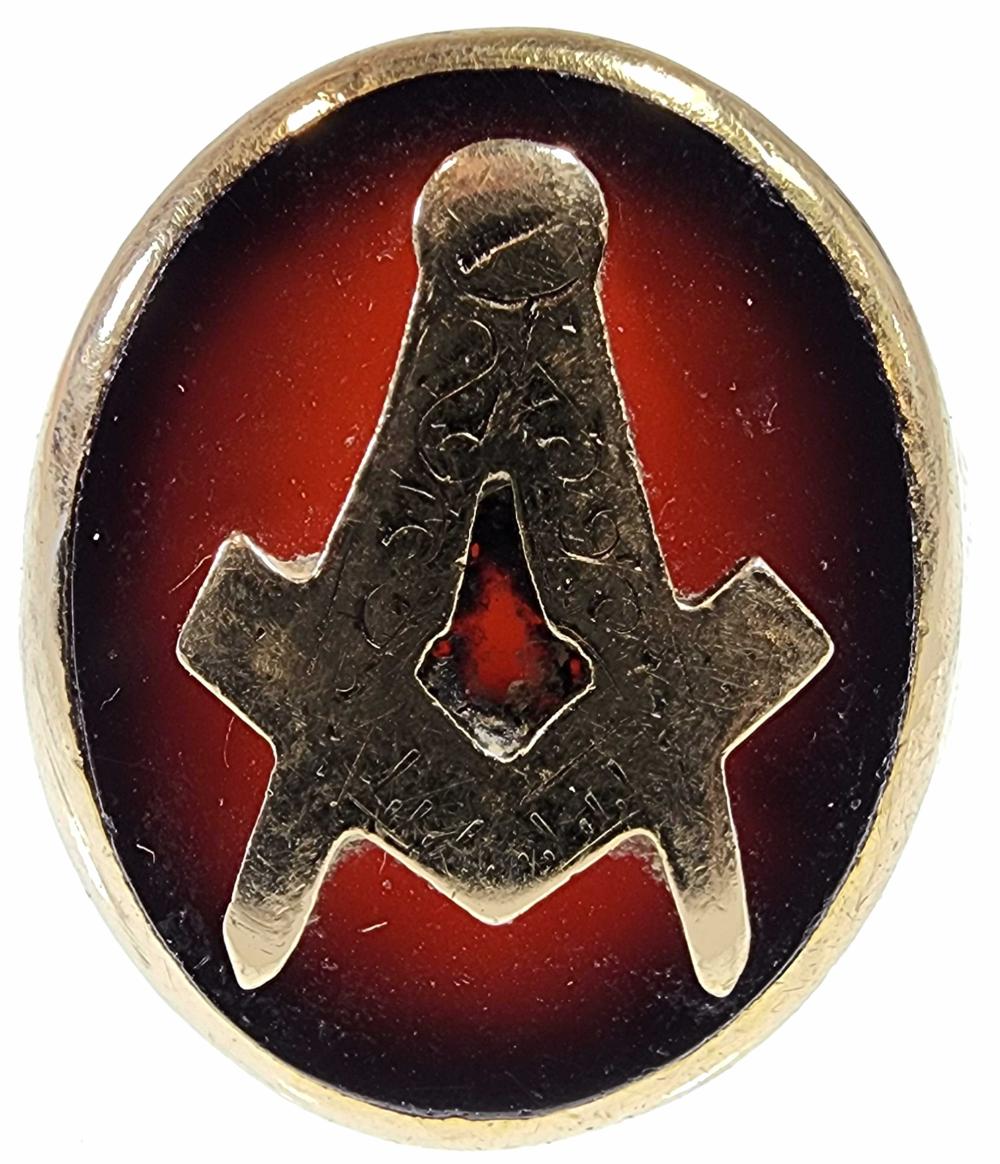 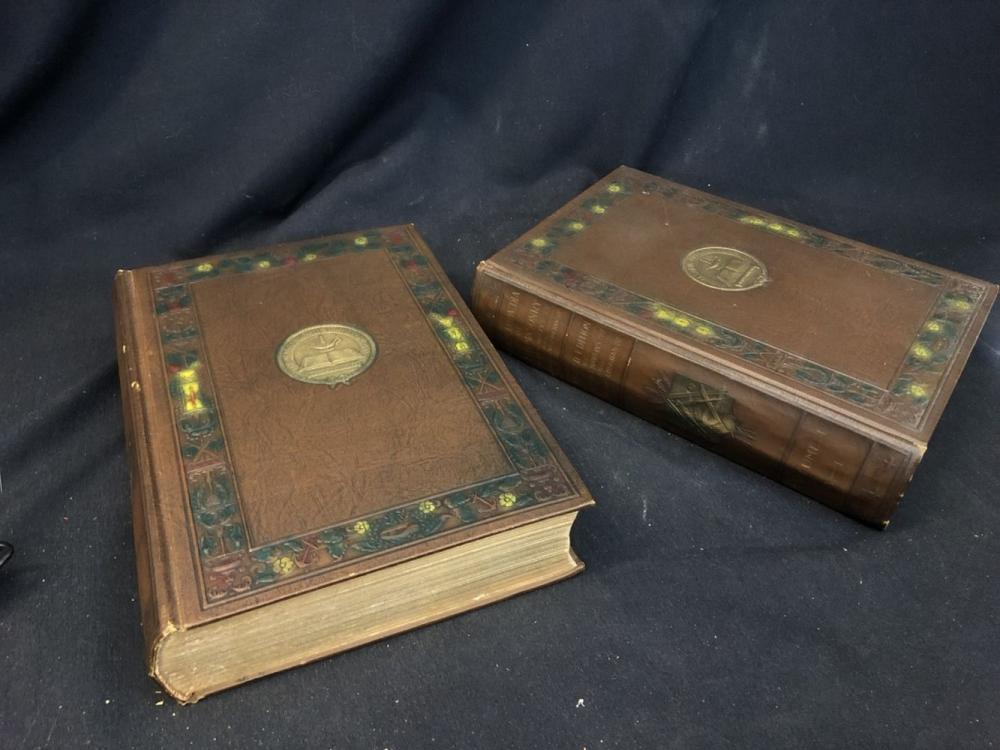 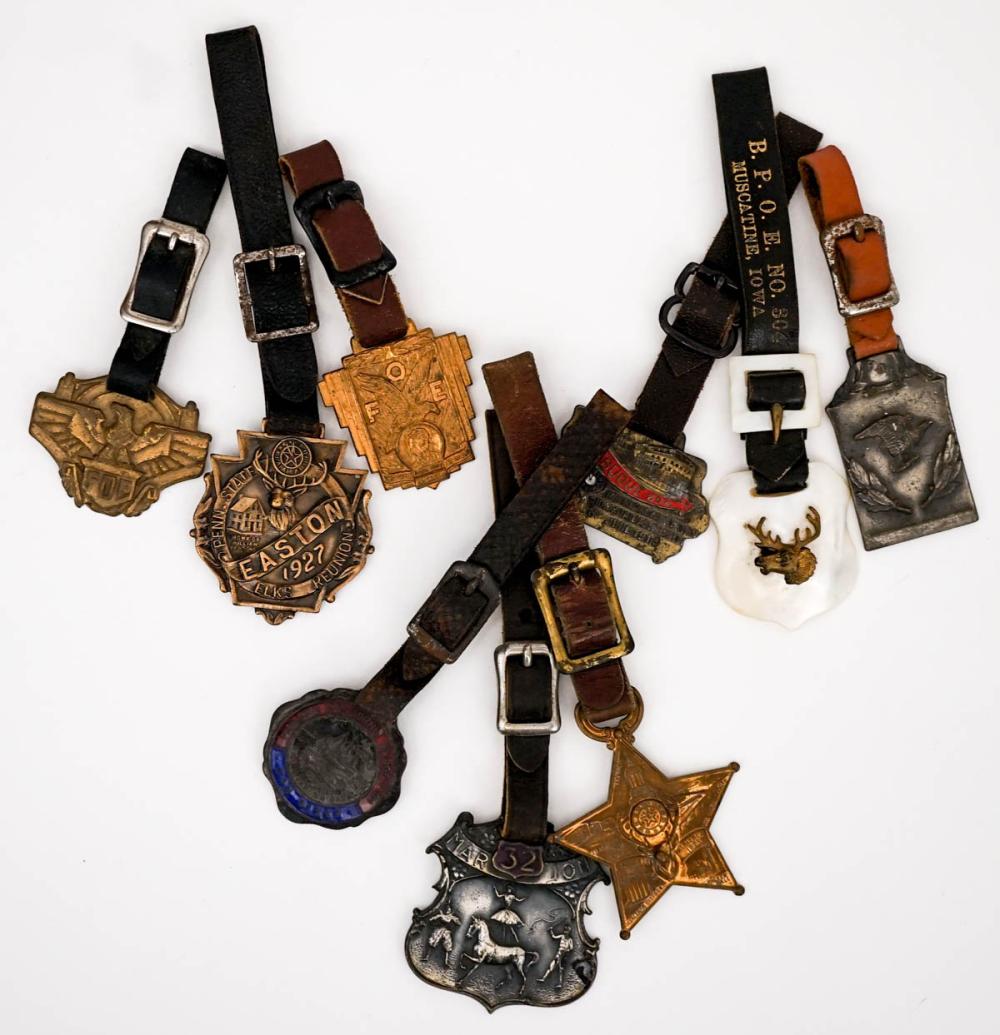 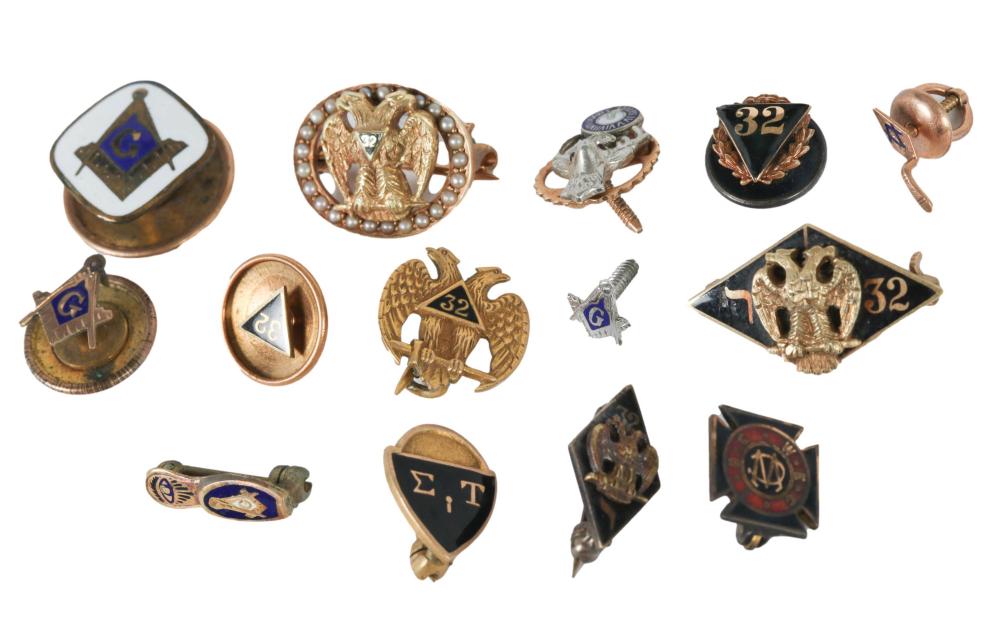 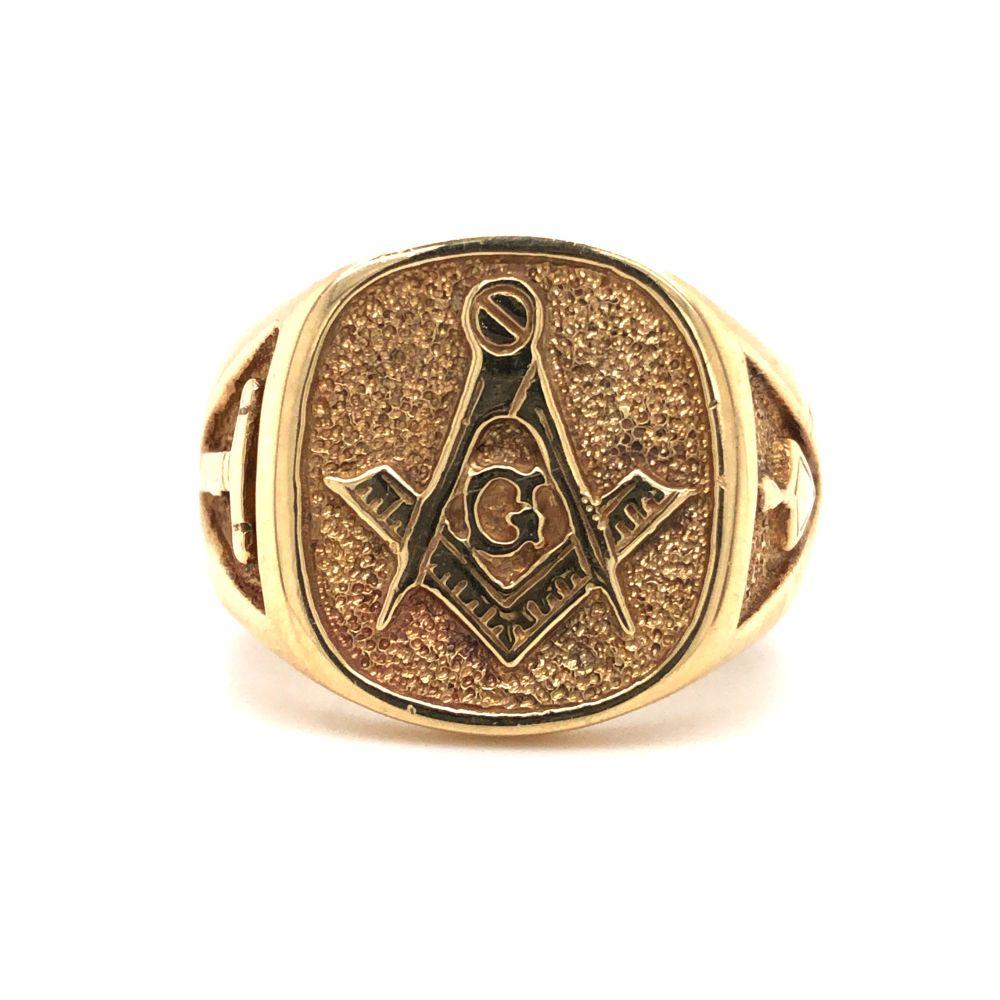 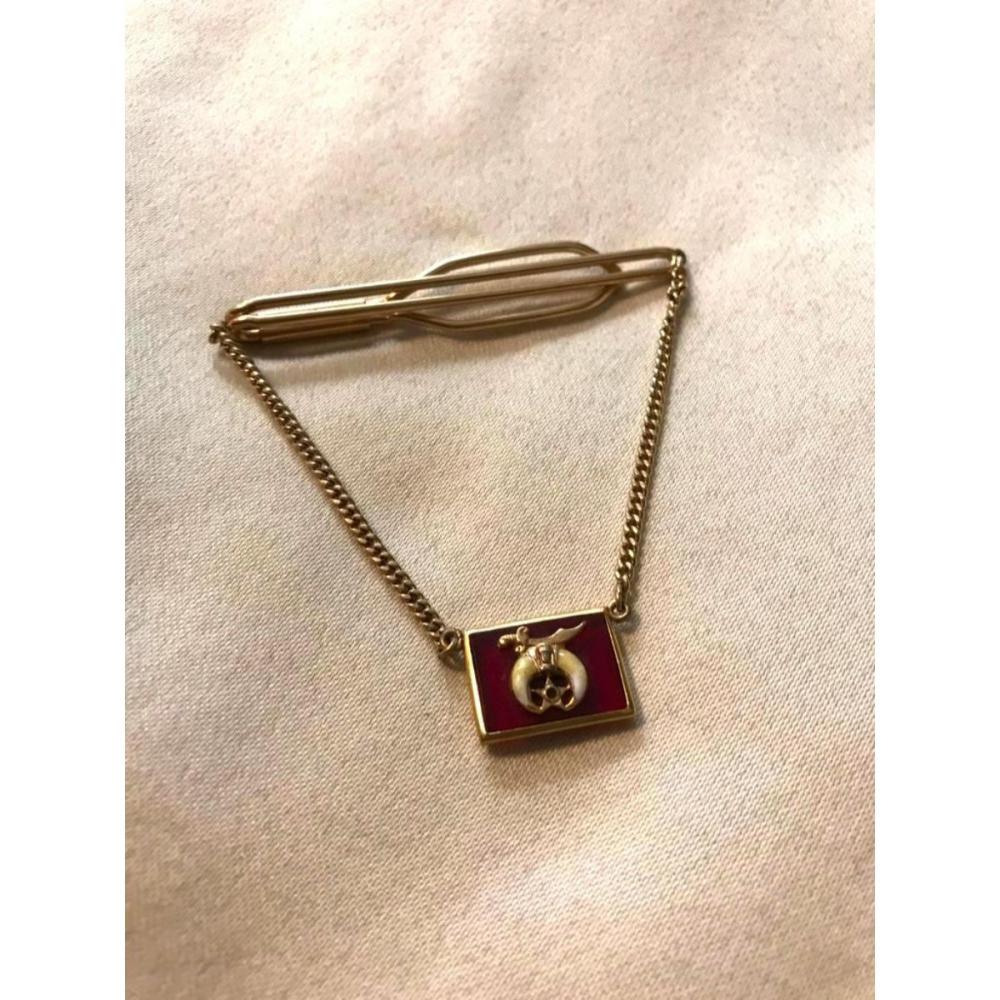 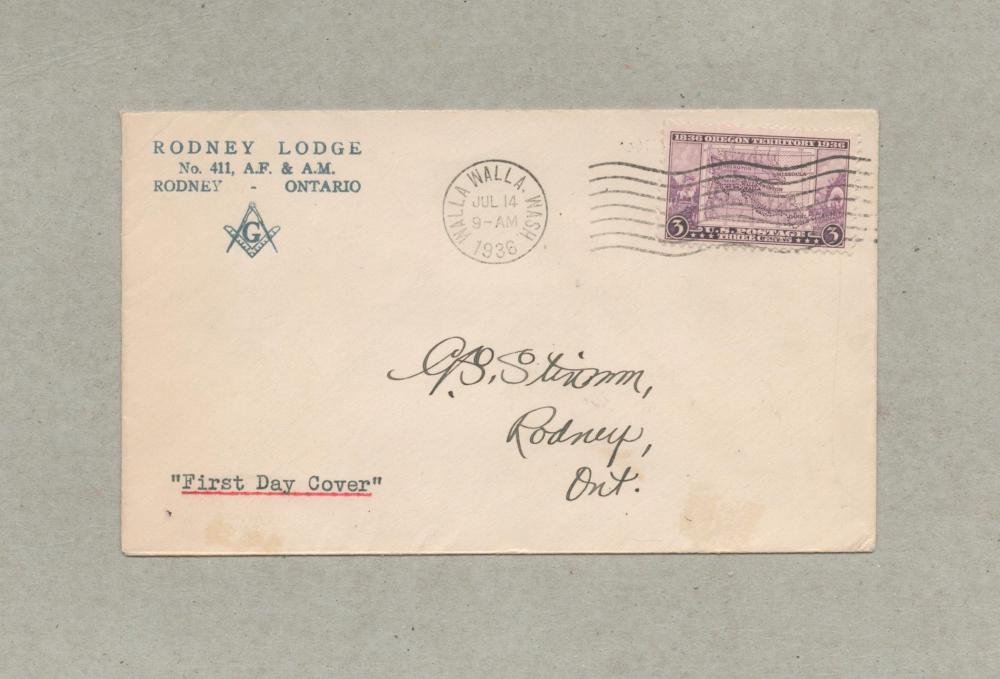 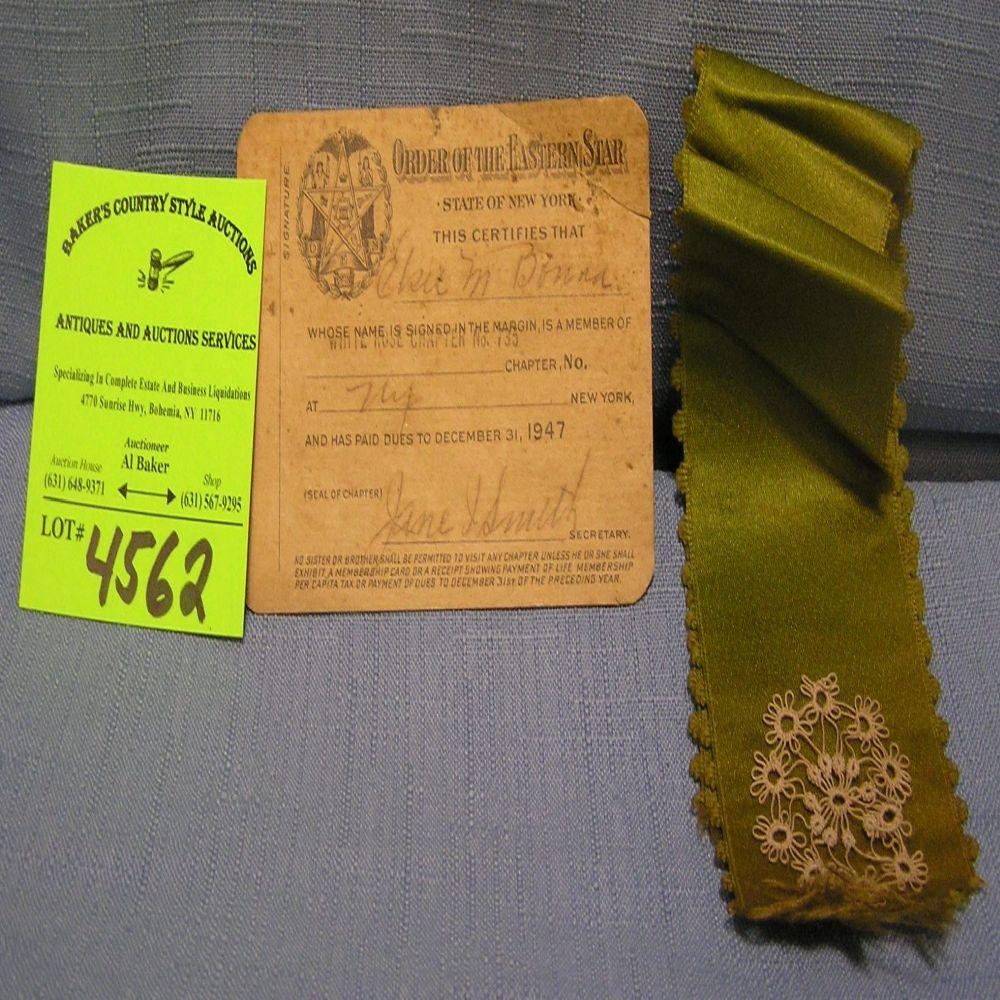 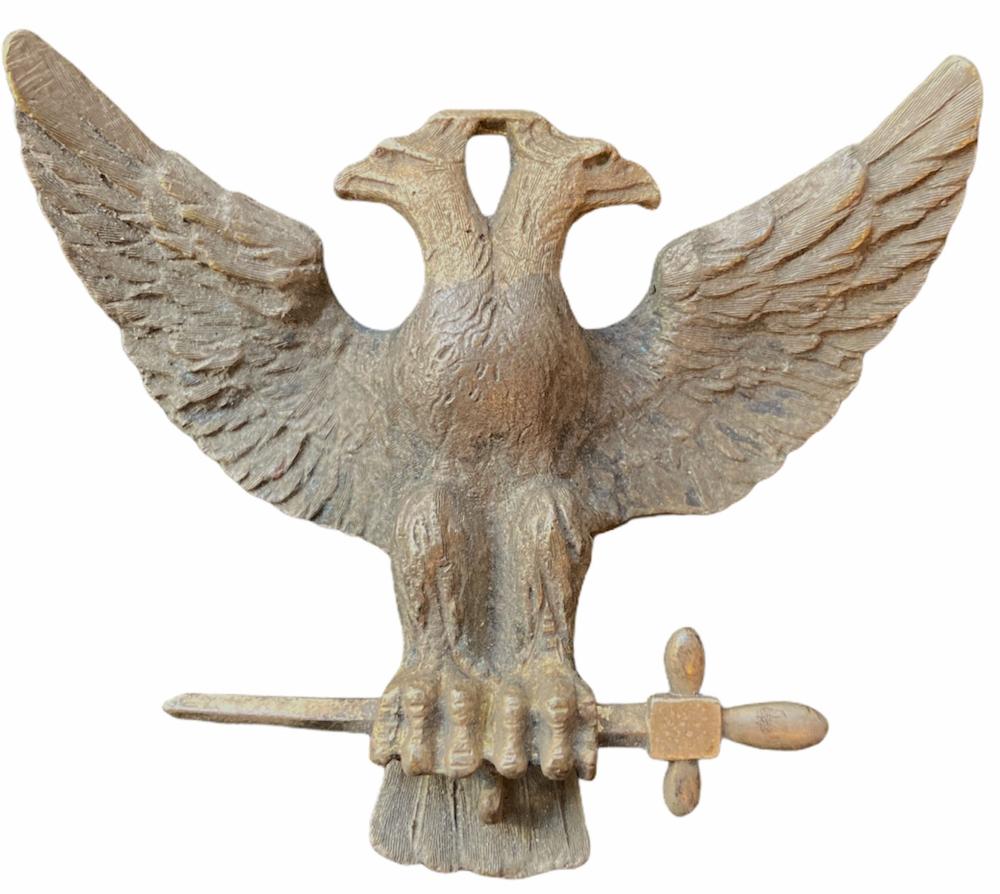 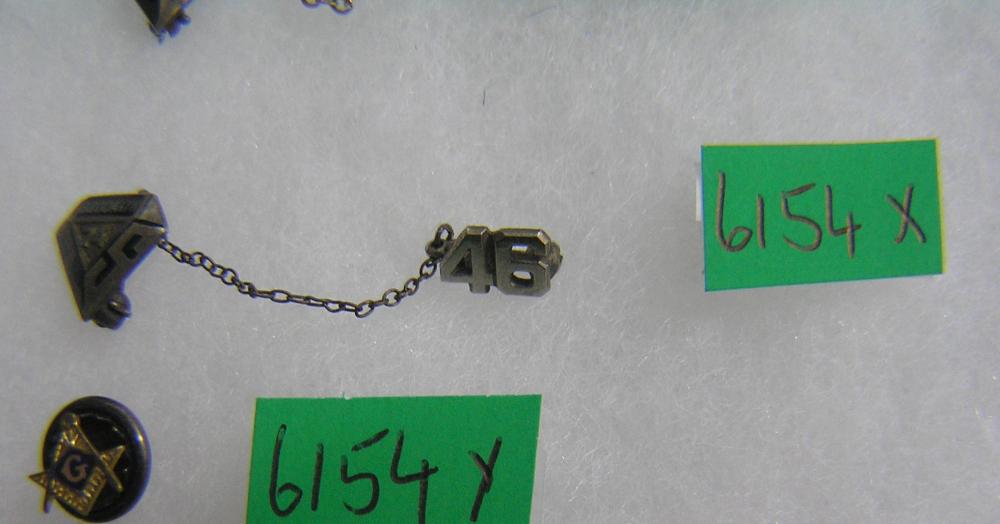 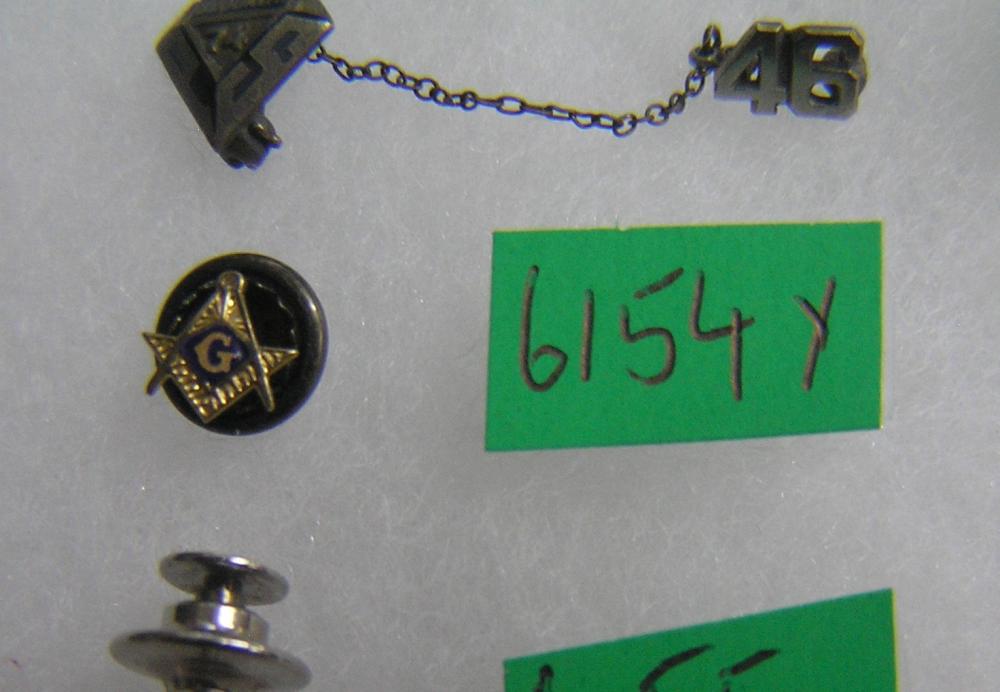 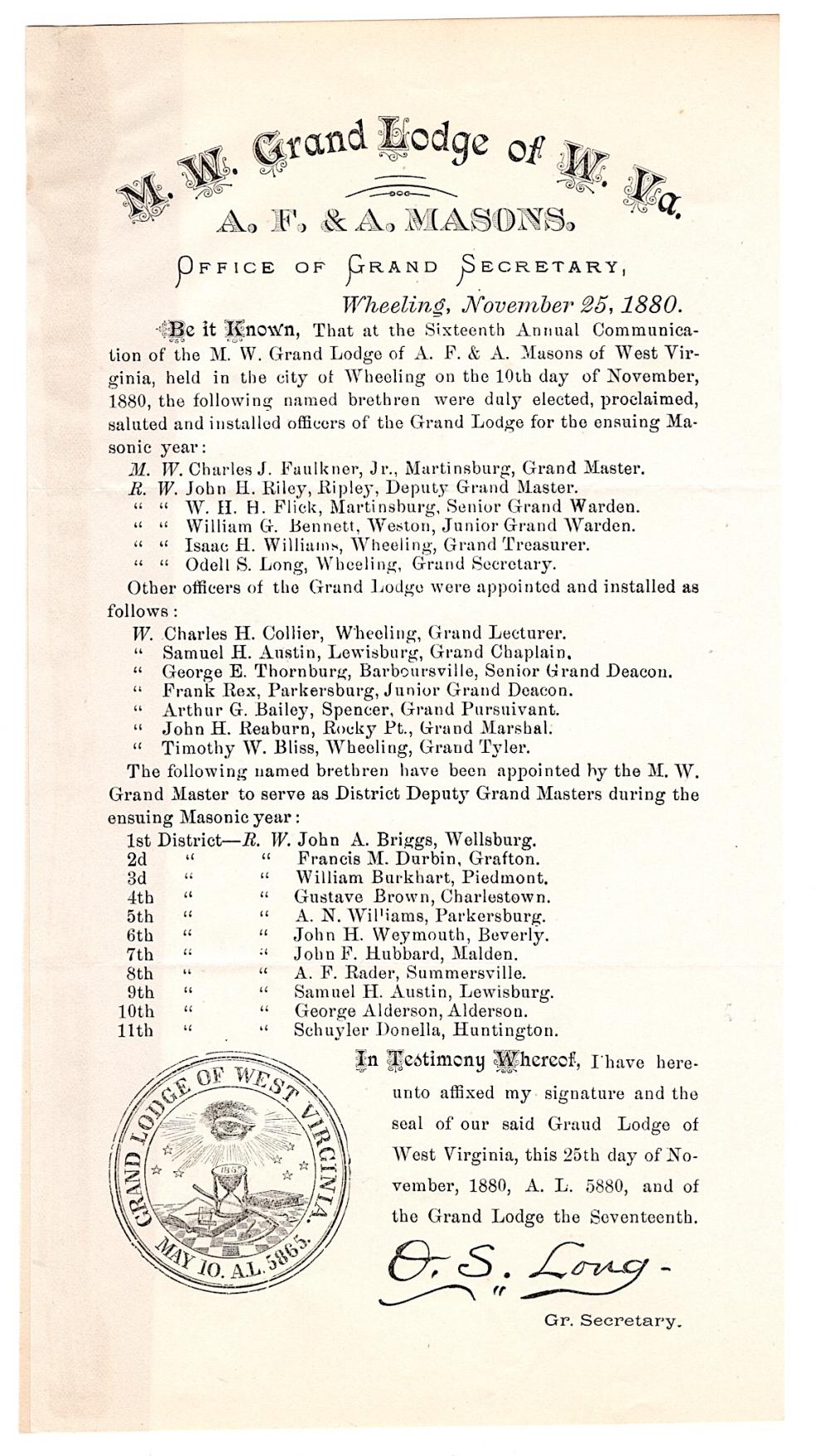 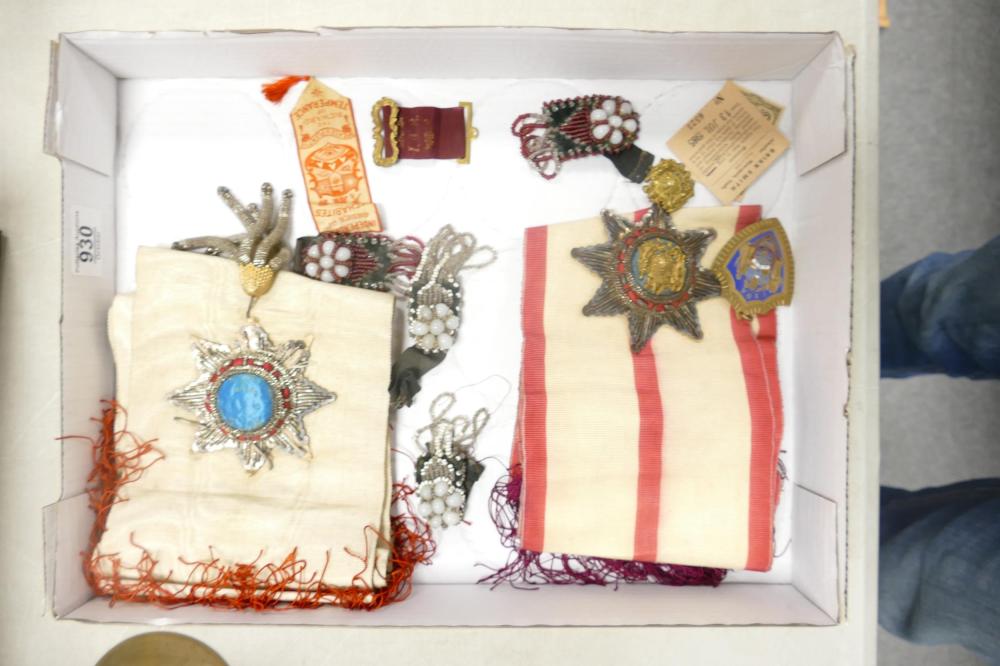 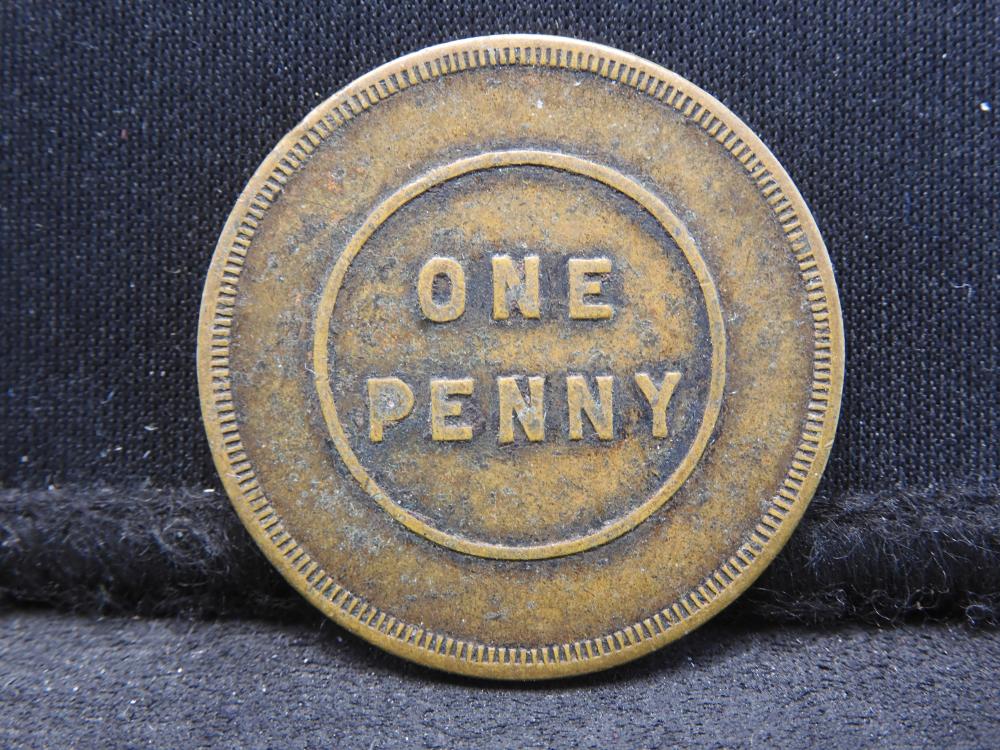 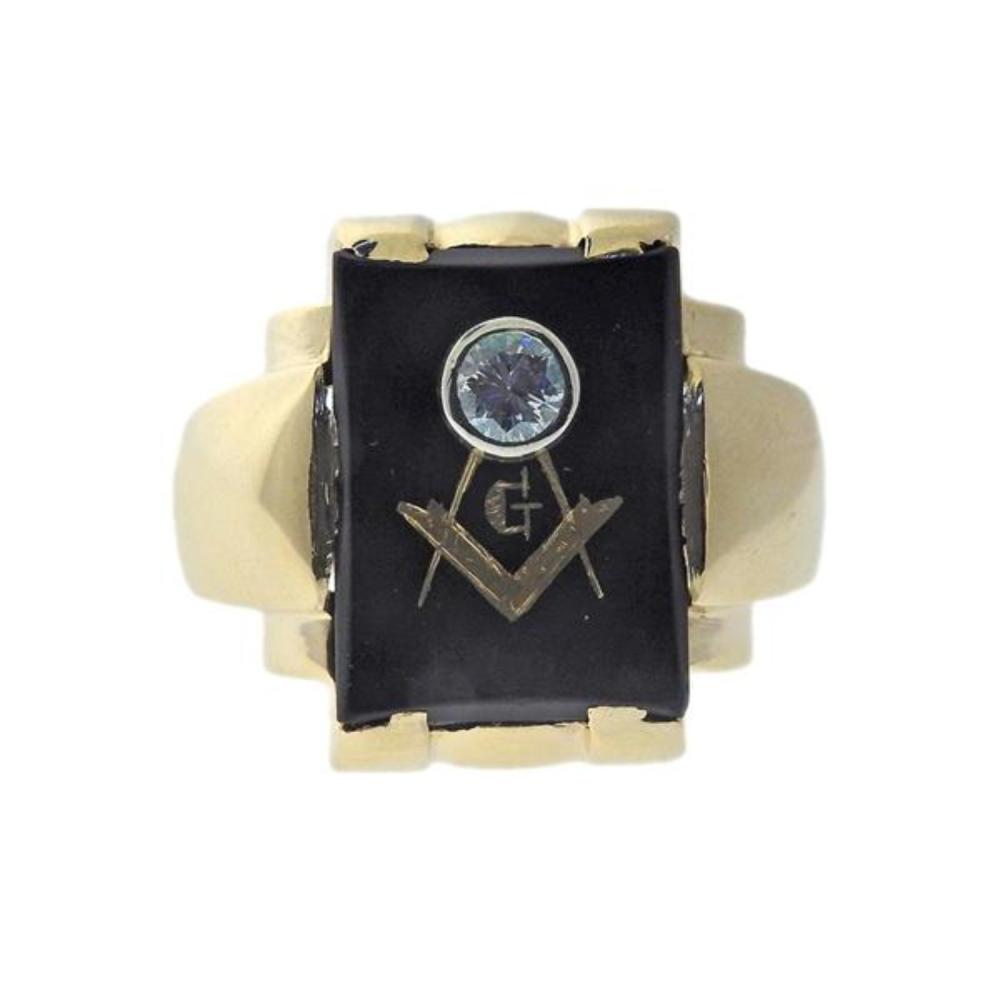 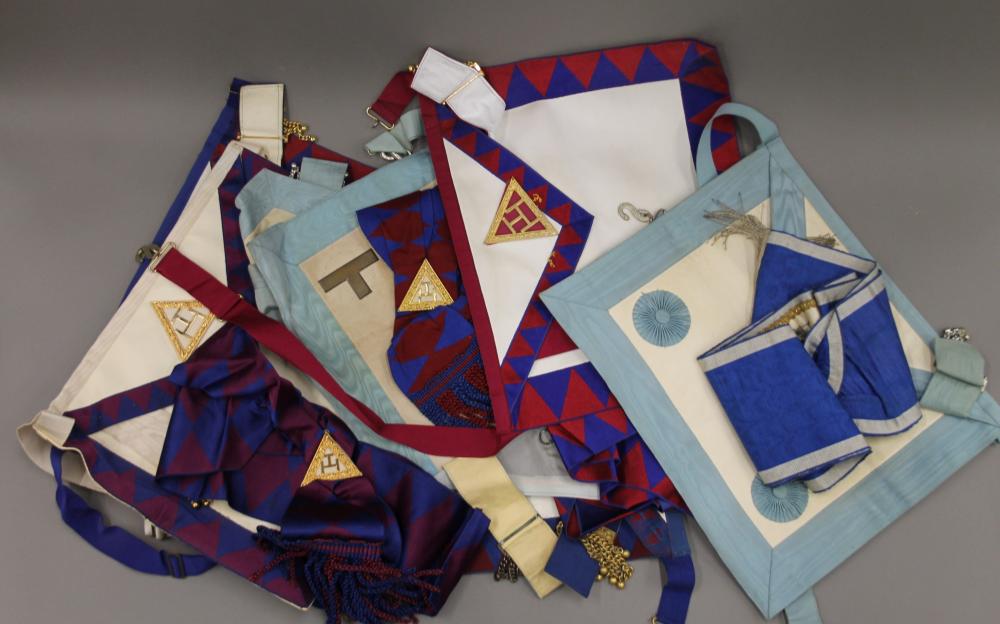 A box of Freemasonry regalia. 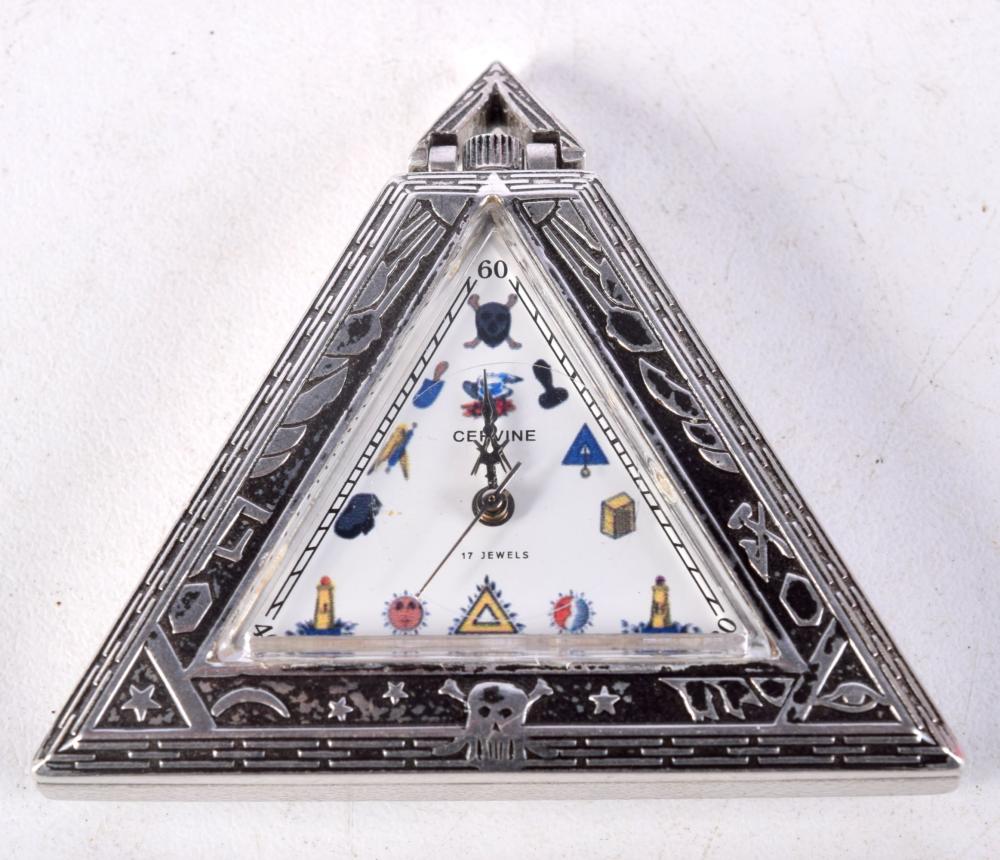 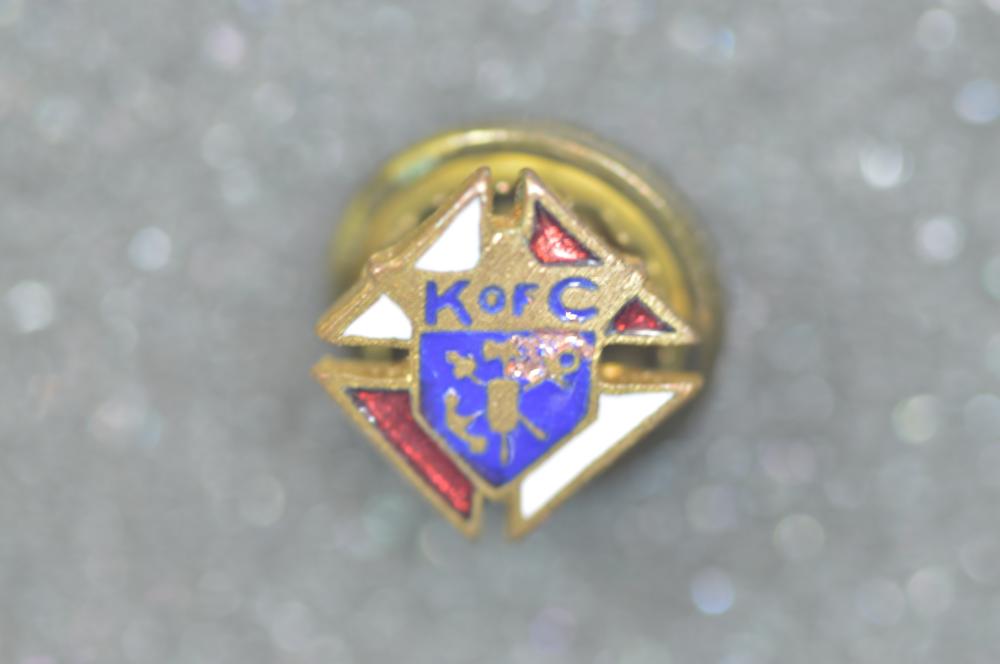