Middle Eastern rugs are prized and collected the world over for their beauty, elegance, and quality. The longevity and character of the Middle Eastern carpet is due to techniques that have been passed down for thousands of years and the use of natural materials and dyes from the landscape.

The tradition of rug weaving began in Turkey, with the arrival of Seljuk tribes from Central Asia. The art form continued with the Ottoman Turks. During this era, “Classic Ottoman rugs” were created, also known as “palace rugs” because they were commissioned specifically to decorate the palaces of royalty.

Seljuk influence spread to other conquered territories in the Middle East. In the provinces of Azerbaijan and Hamadan where Seljuk influence was the most powerful, the Turkish knot is used to this day. Rugs from these regions between the Black and Caspian Seas are known as Caucasian rugs, which contain a regional influence and tribal beauty of their own. The Persian rug, the greatest rug industry of all time, gradually became more detailed and colorful. It is still a major product of Iran.

Middle Eastern antique rugs are the classic craft of the ancient world. The value of an antique Middle Eastern rug tends to rise as long as the carpet is kept in good condition. Examples are also preserved in museums, palaces, and private collections worldwide. 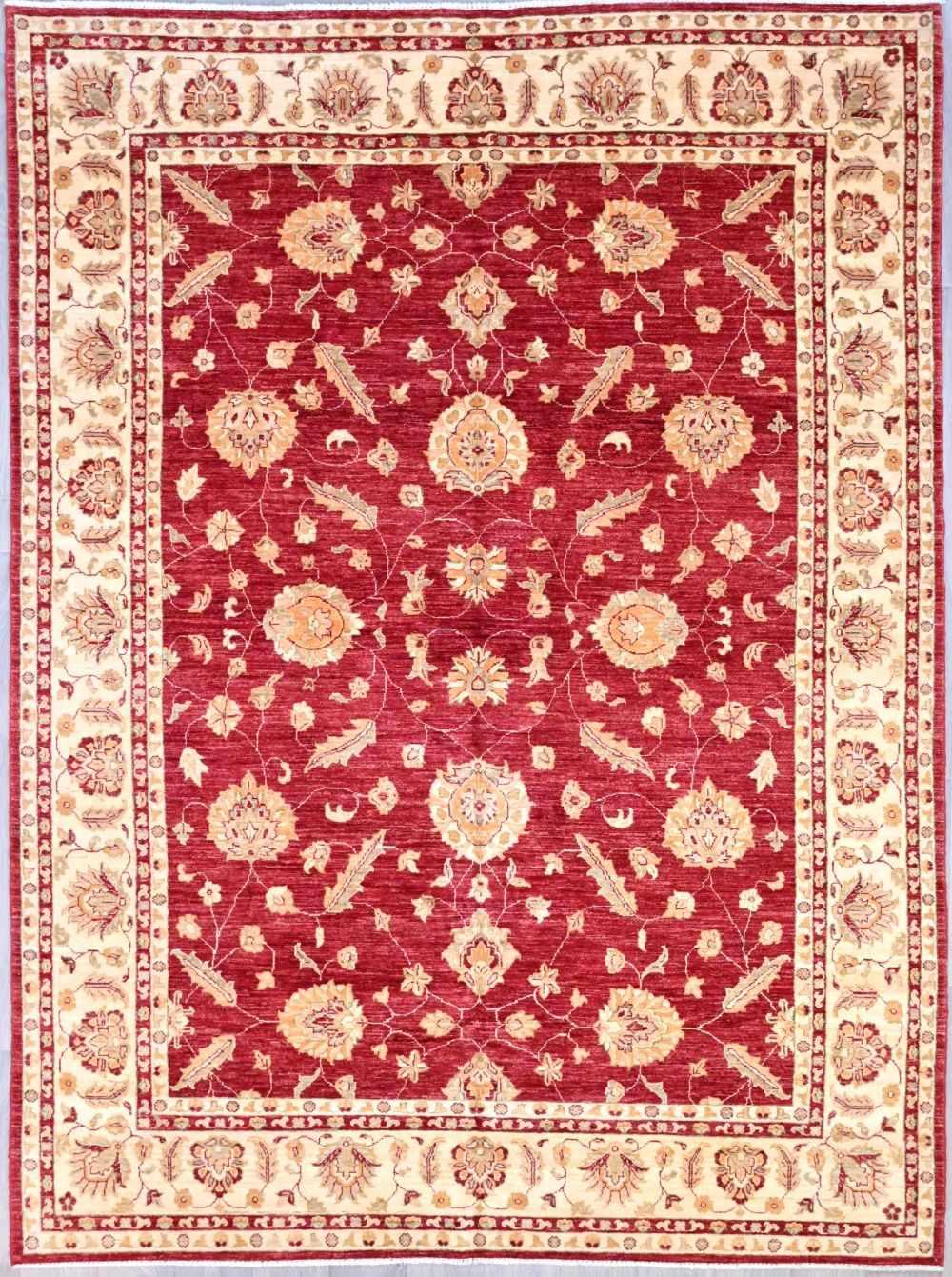 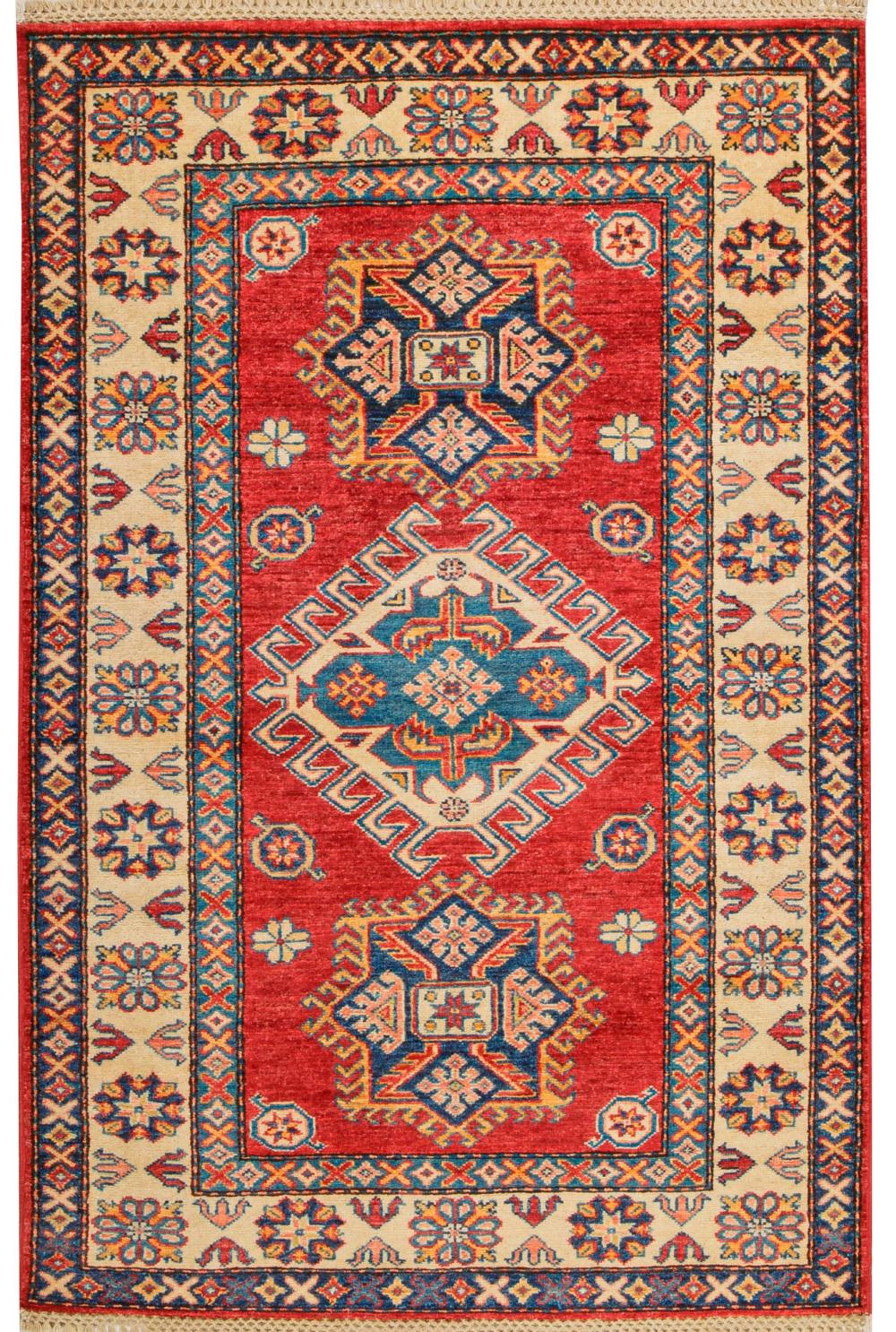 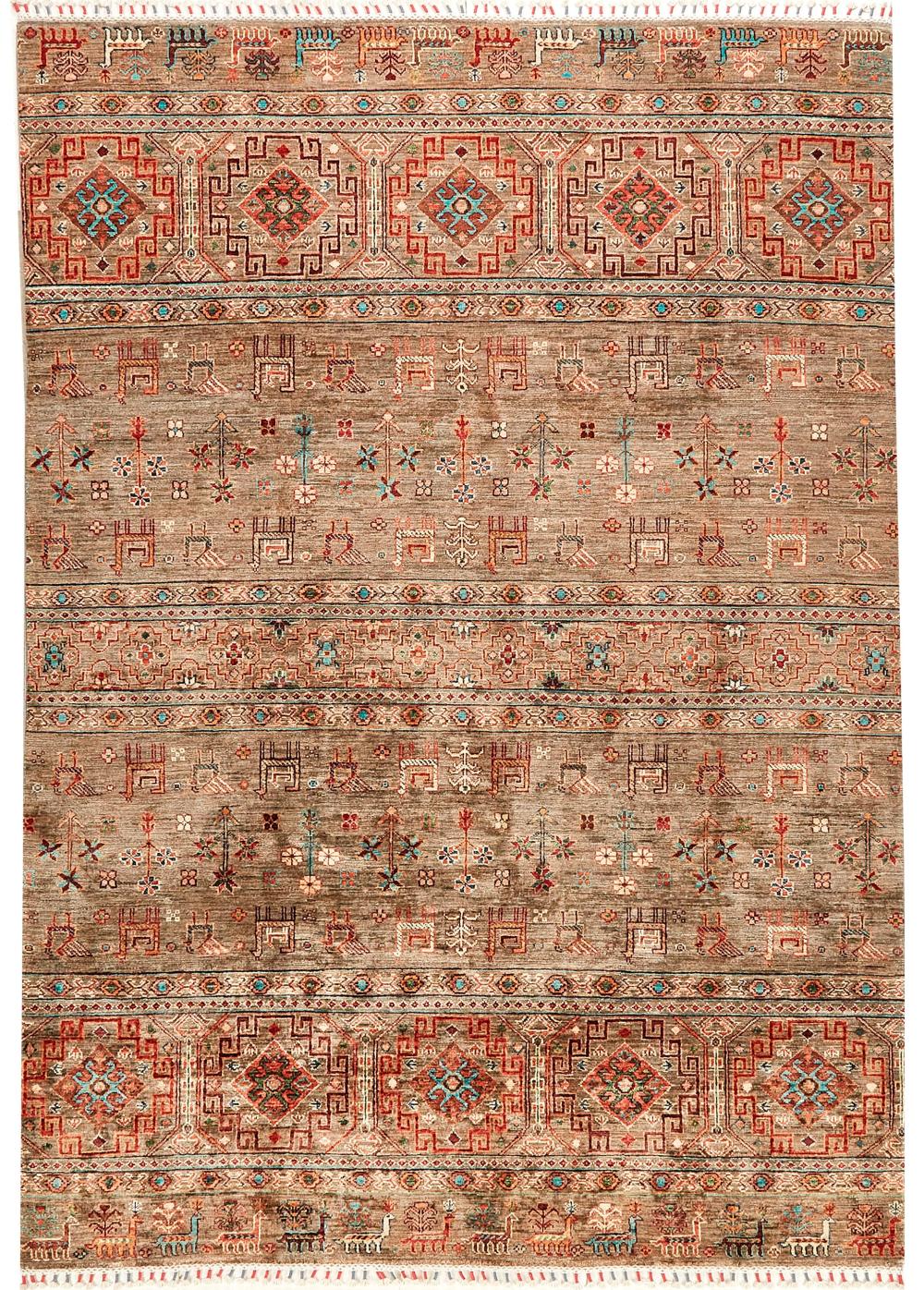 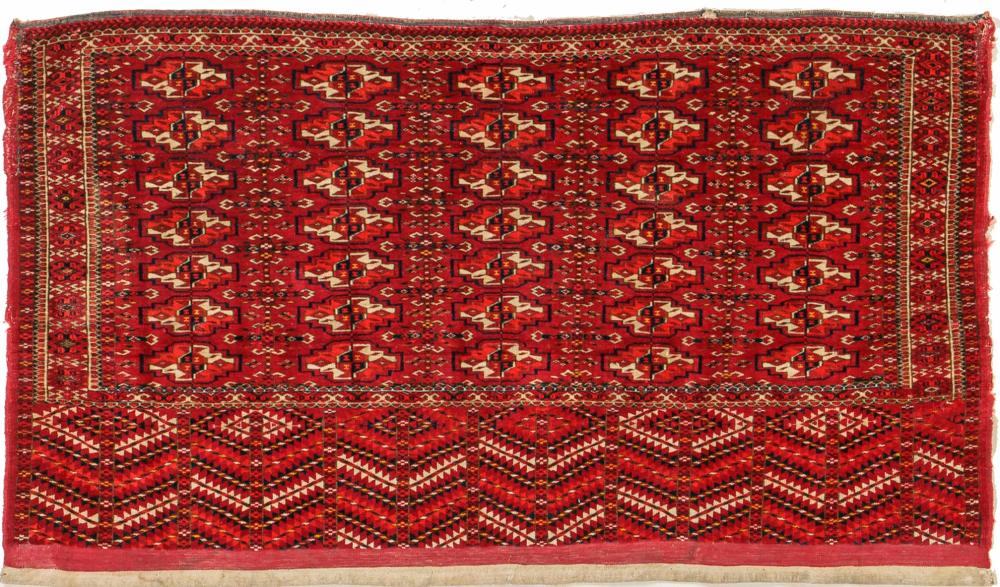 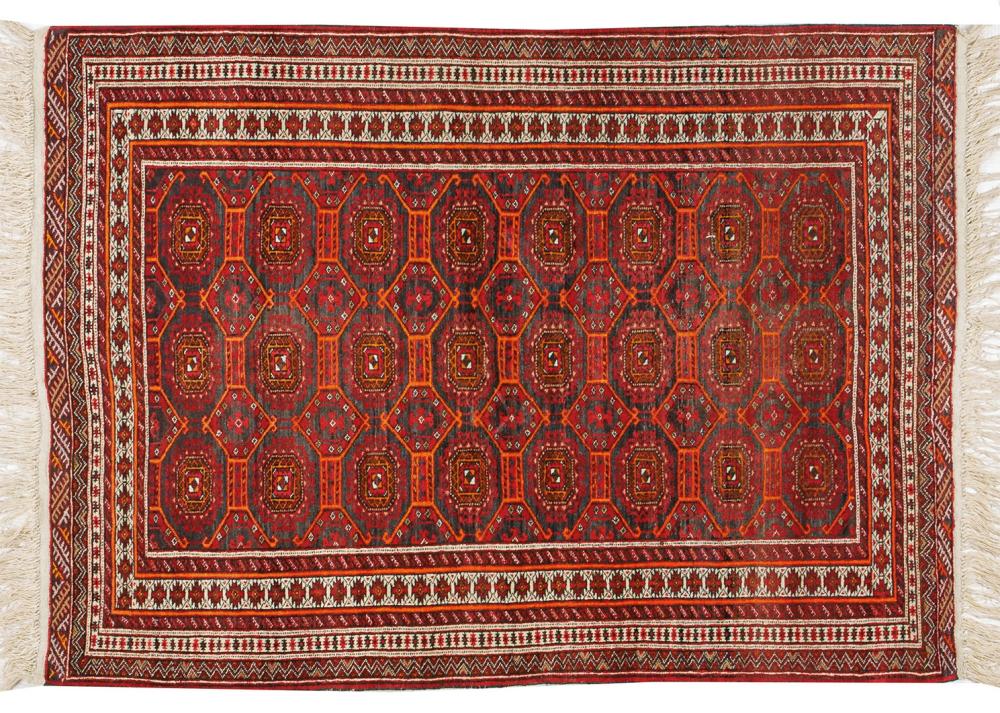 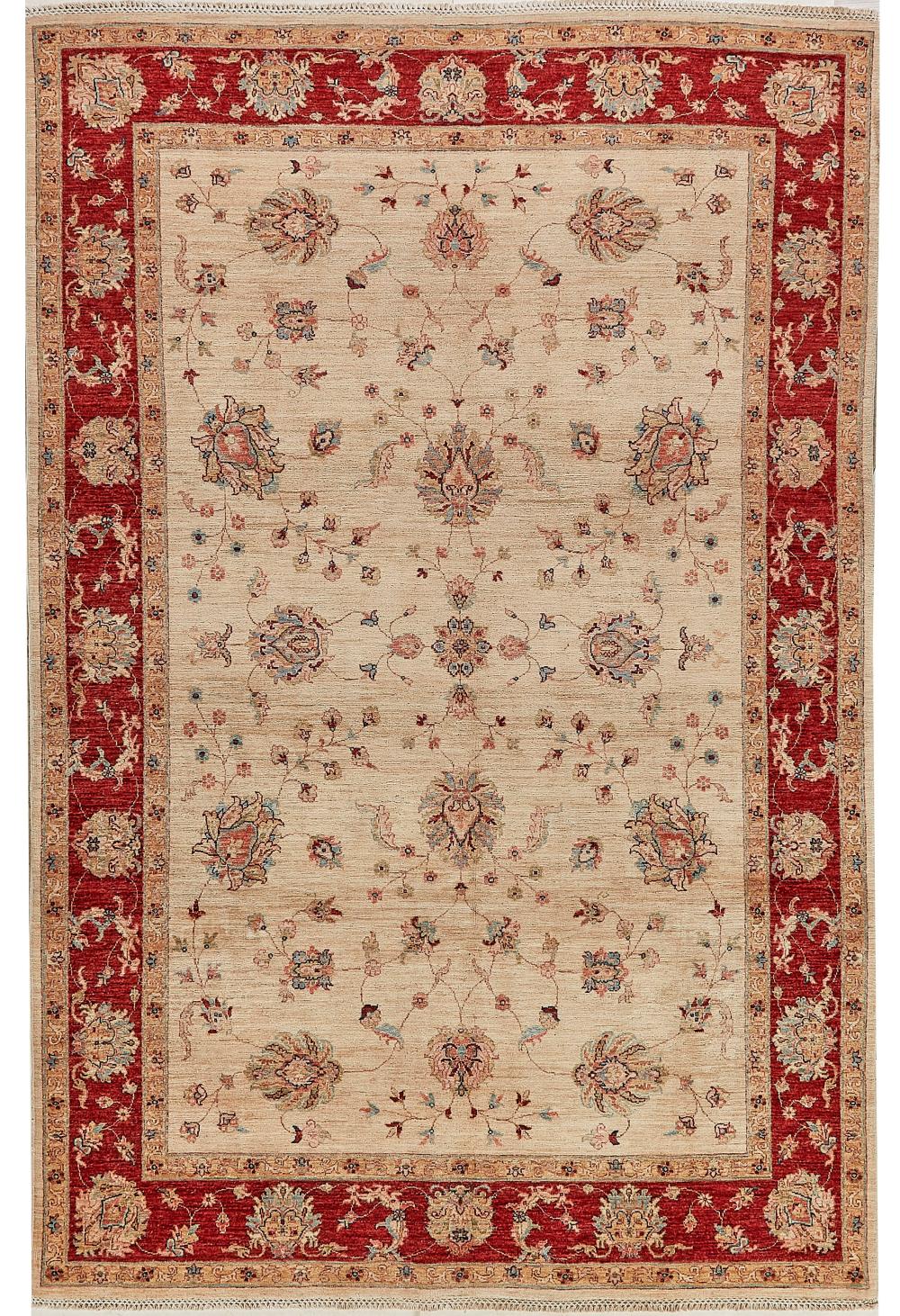 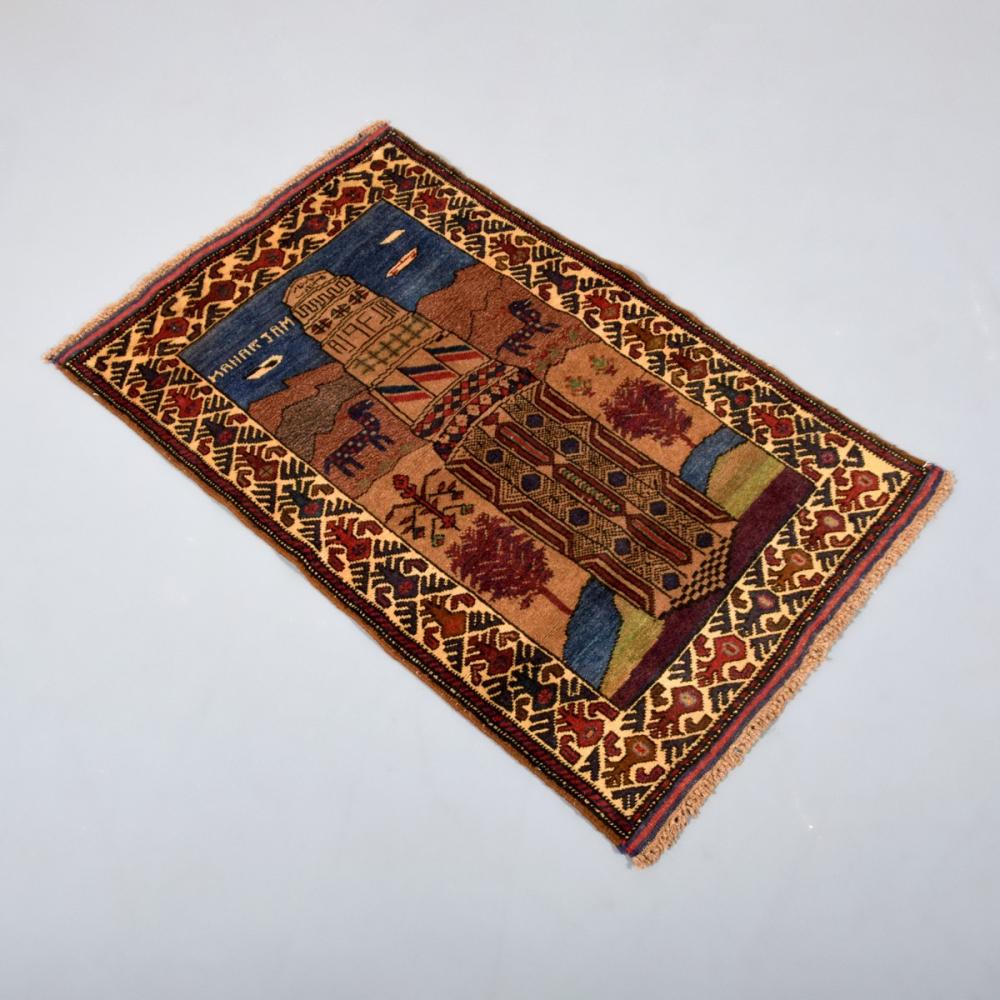 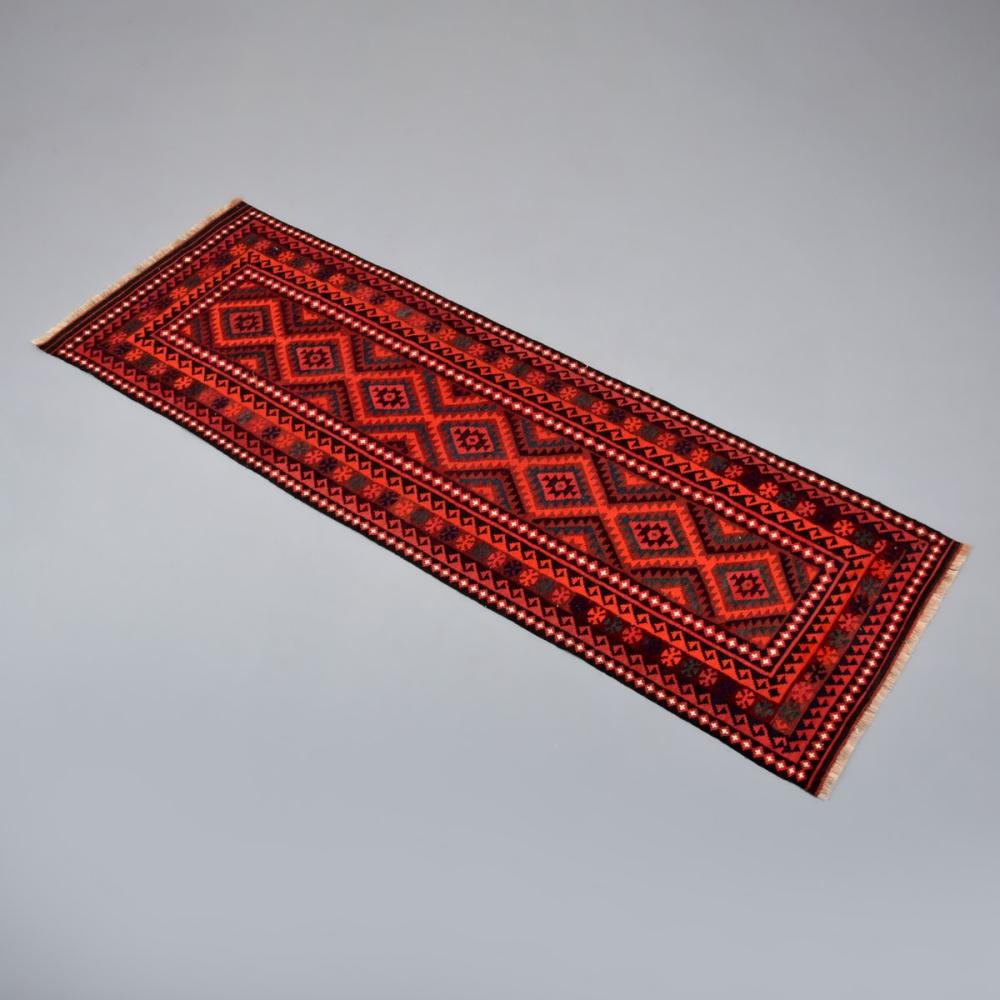 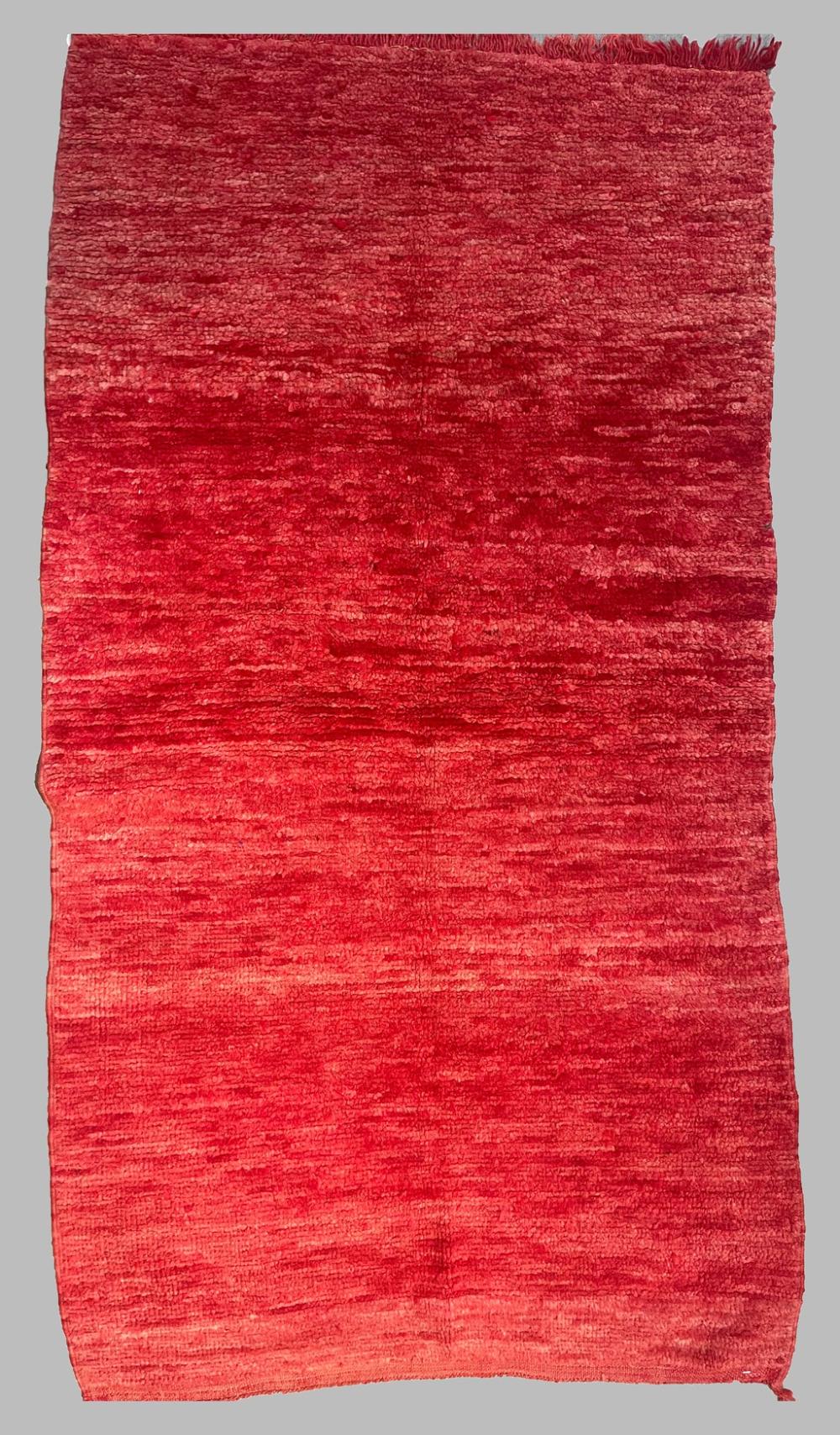 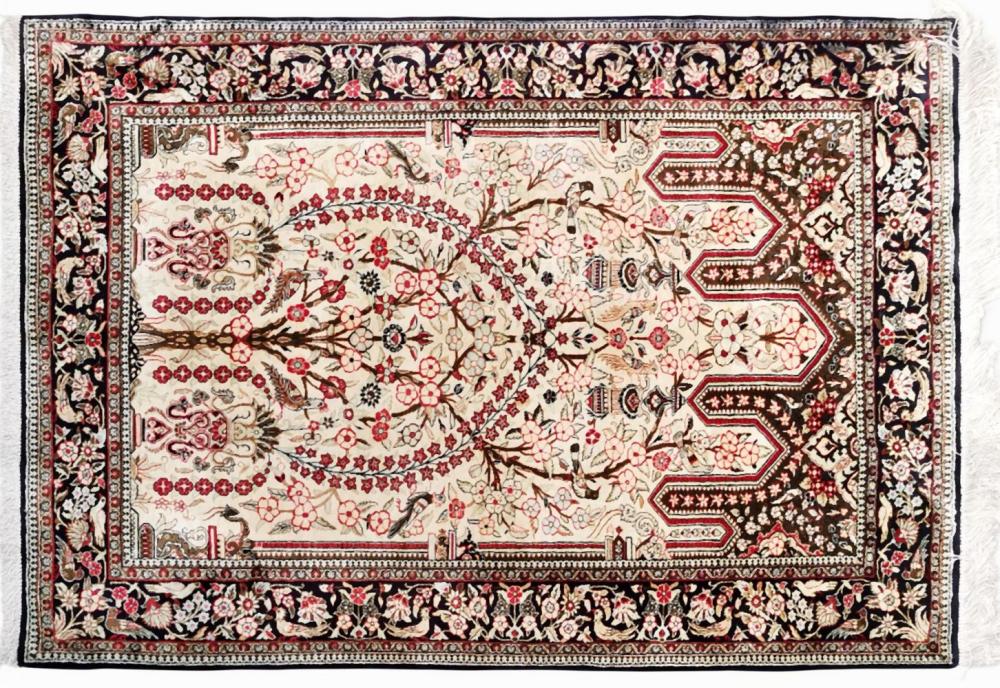 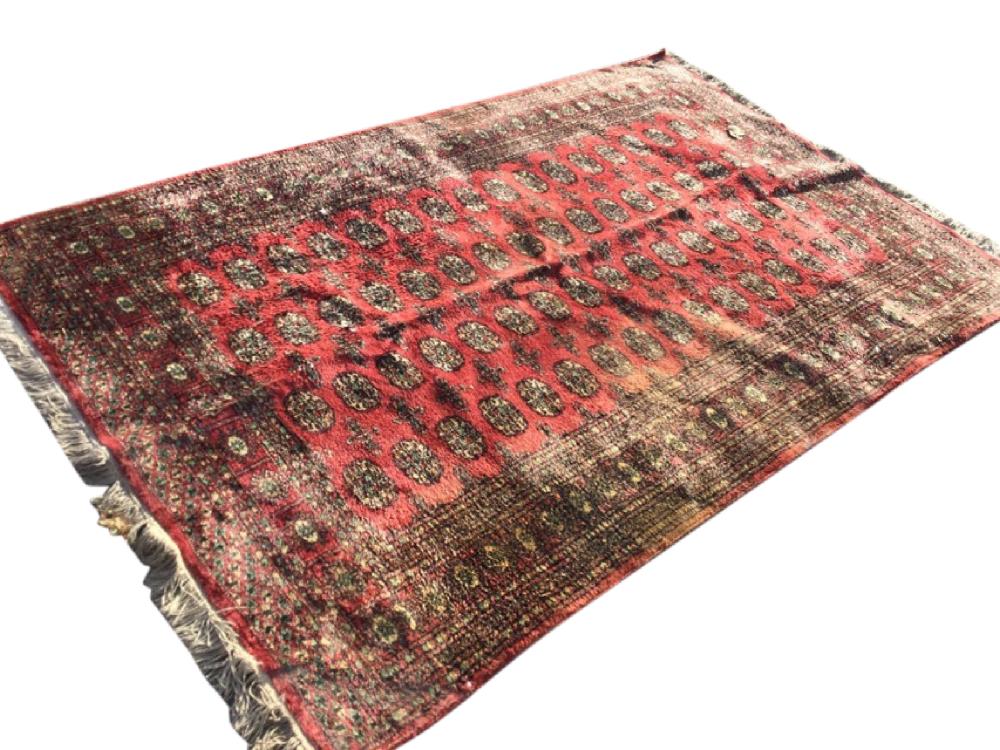 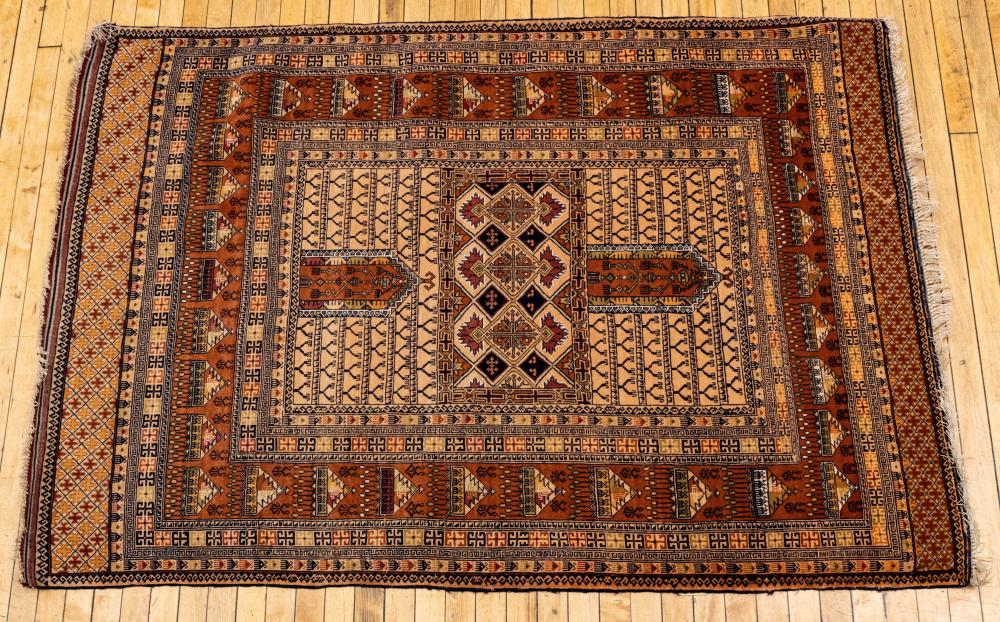 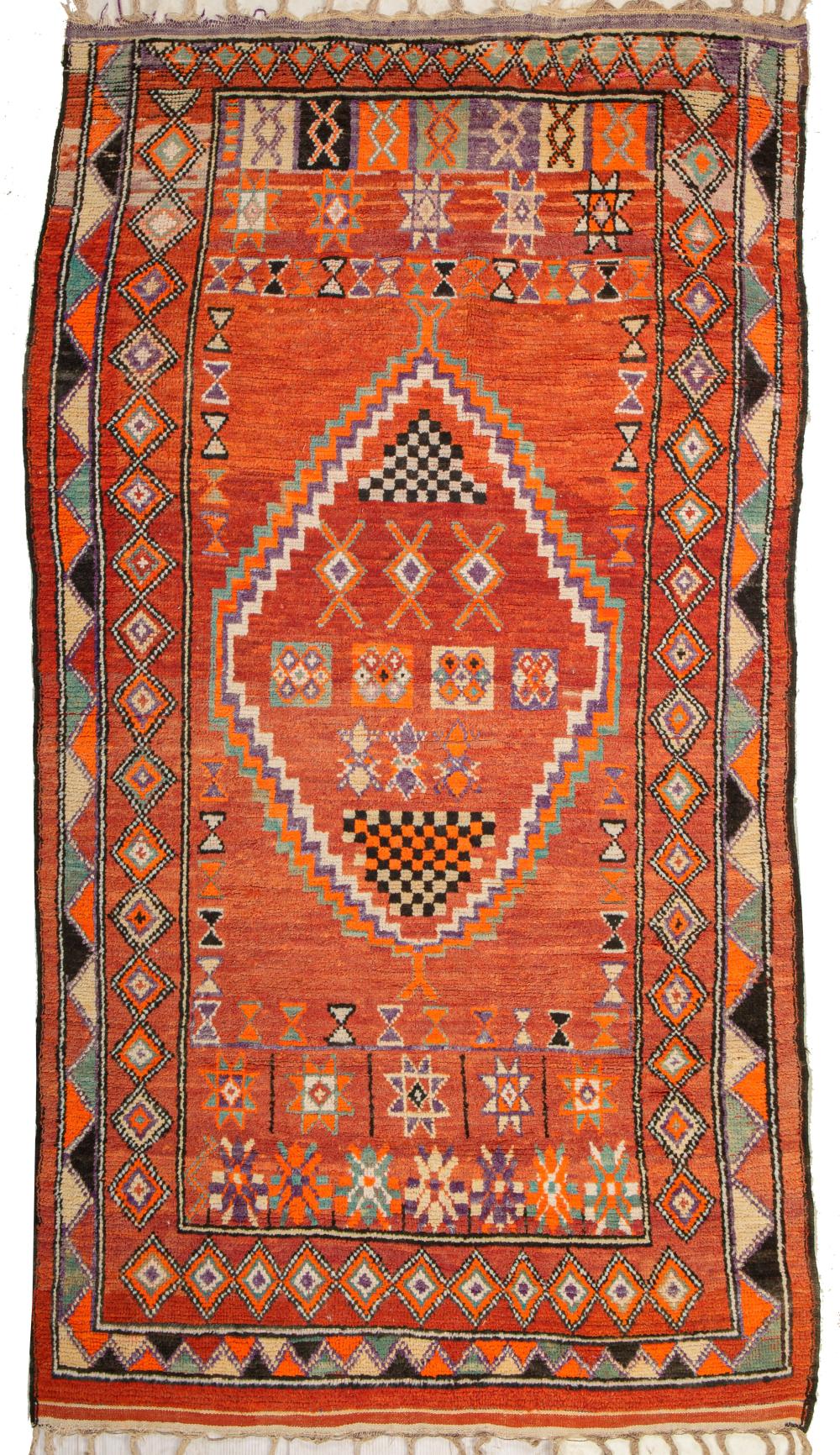 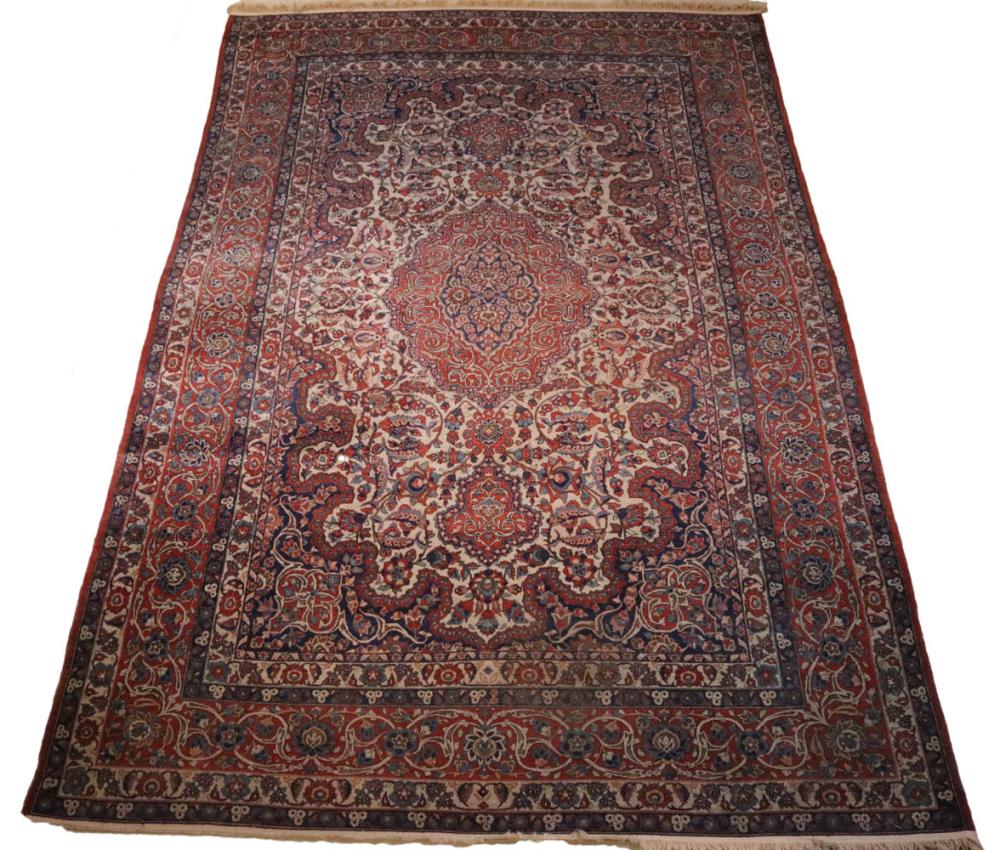 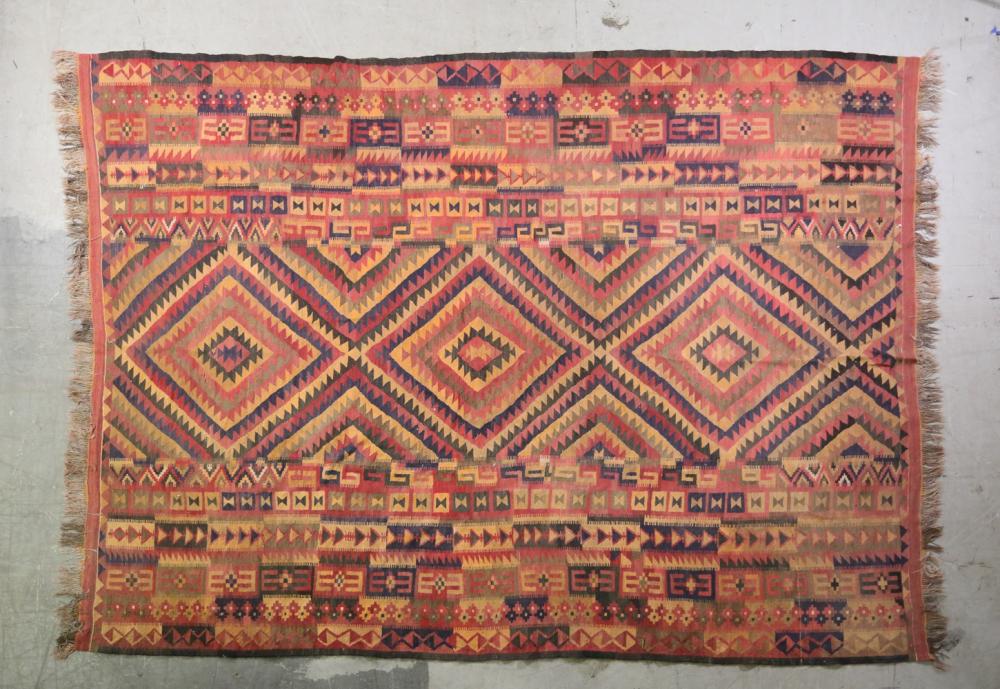 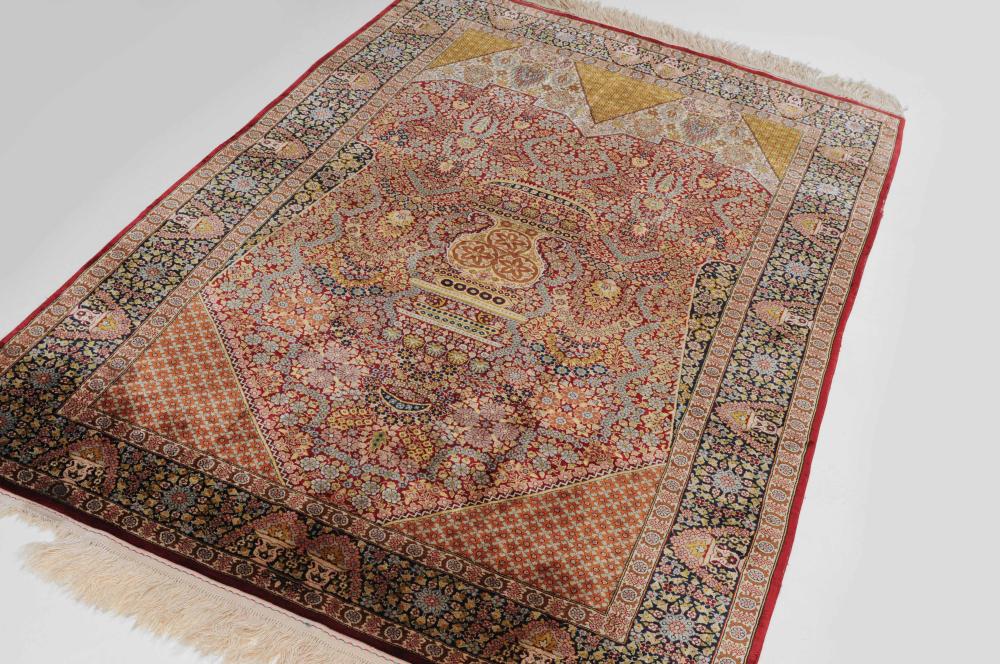 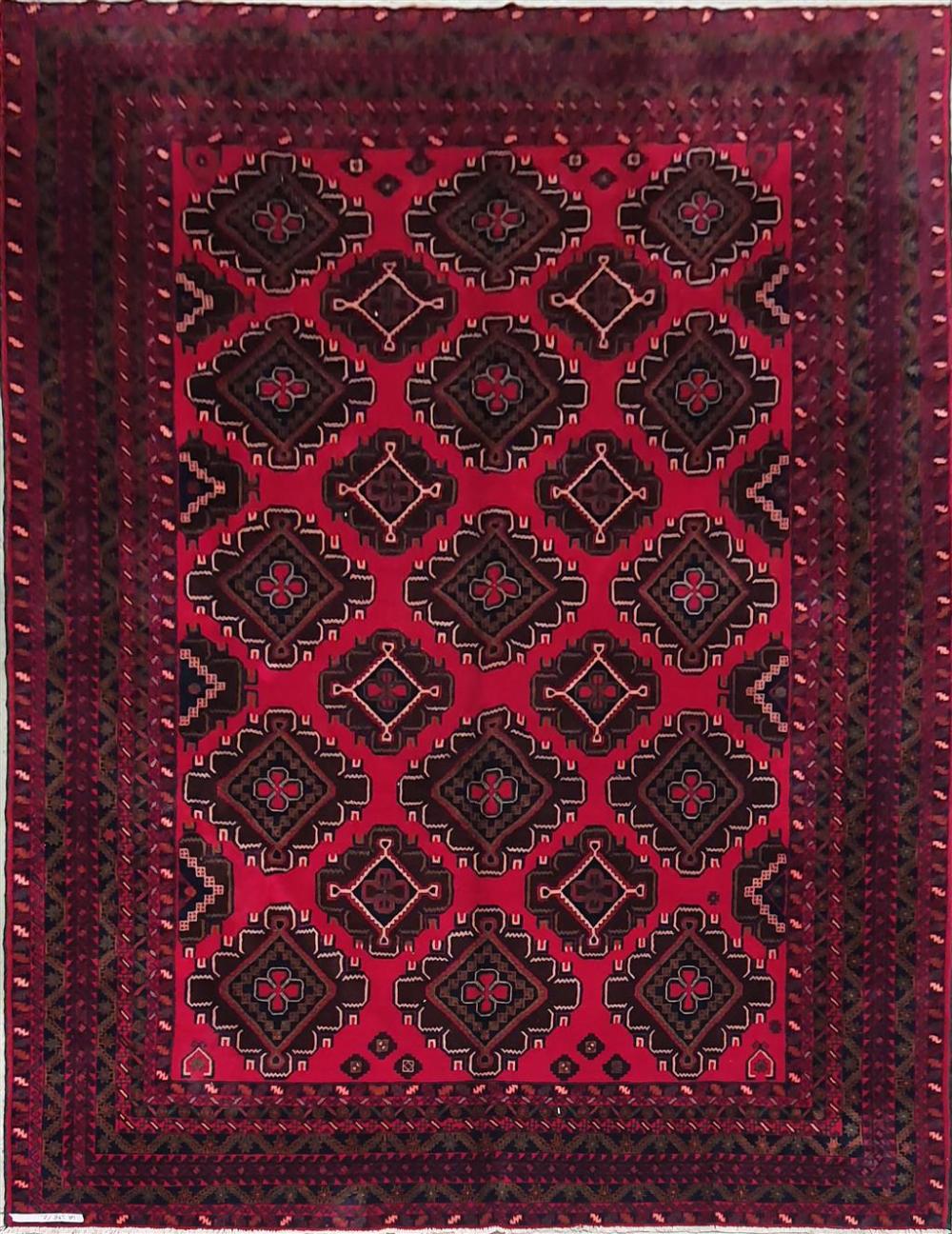 A LARGE TRIBAL AFGHAN BALOUCH CARPET, with all over geometric design in red and blue, 400 x 305 cm. 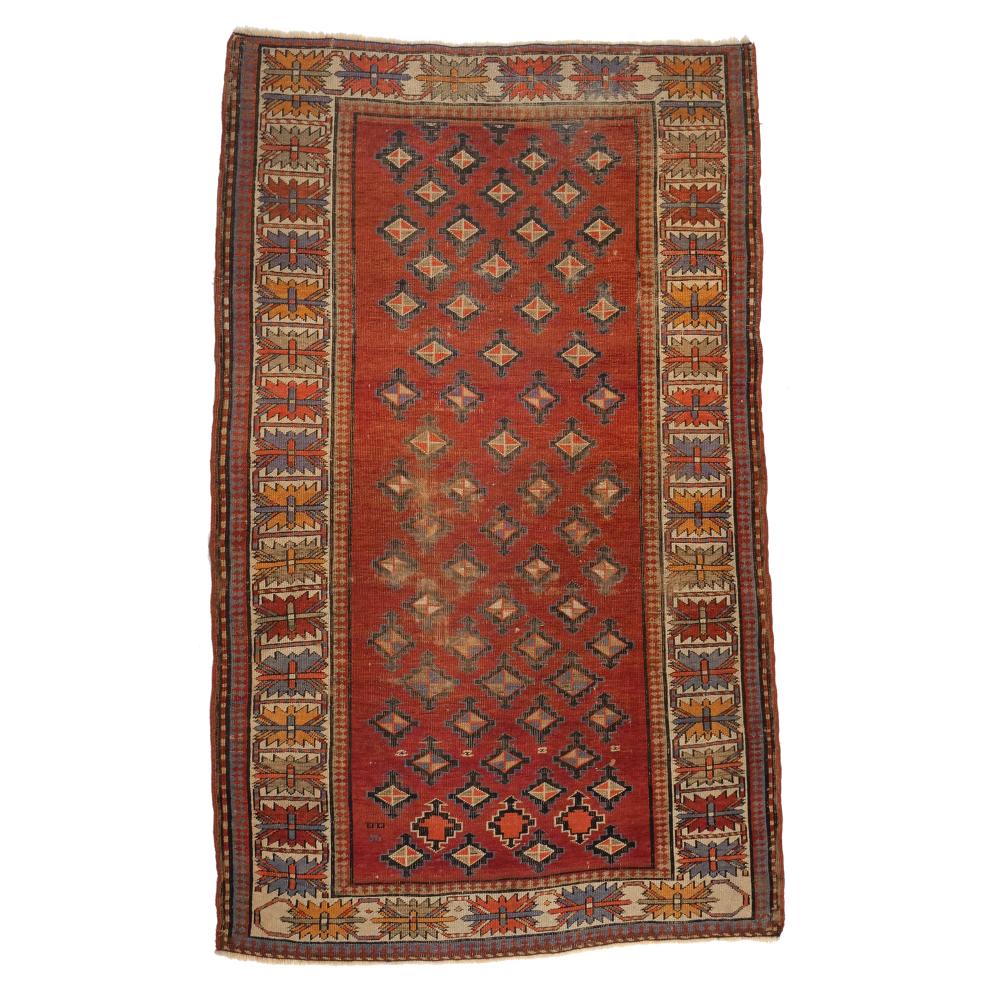 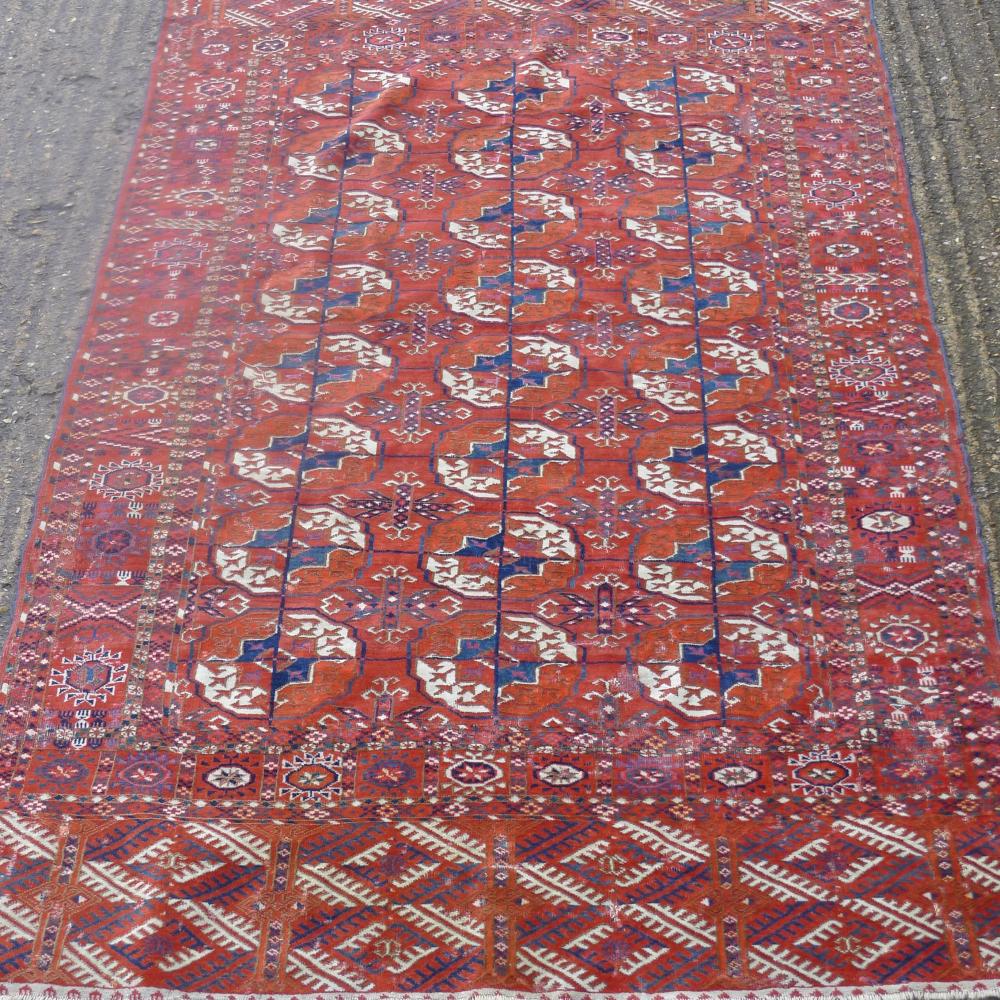