Noritake was established in 1876 by Japanese businessman Toyo Morimura and his brother. Then named Morimura Gumi, the company was created with the intent of establishing overseas trading for Japan. In 1904, key members of the company created Nippon Toki Kaisha, Ltd. and a new factory was built in Noritake. In 1914, the company created their first Western-style dinner set, named Sedan, in an attempt to compete with European porcelain.

Noritake pieces are synonymous with the Nippon era of porcelain making. In 1891, the U.S. McKinley Tariff Act forbade importing items that weren't clearly marked in English words. For this reason, Noritake items were stamped with the word Nippon, meaning "Japan." When this word was declared as Chinese in origin in 1921, it was replaced with the word Japan, or the phrase Made in Japan.

Sedan, the first dinnerware set suitable for export, consisted of austere white plates with a cream border of small flowers and the Noritake back stamp. The earliest-exported dinnerware sets were painted liberally with gold to match European tastes of the time. The bombing of Pearl Harbor in 1941 brought business to a halt and production did not resume until 1948. Noritake wares from 1948 to 1952 may be marked with Made in Occupied Japan or Occupied Japan. Still producing tableware today, the Noritake Garden in Nagoya features many productions of Noritake's porcelain. 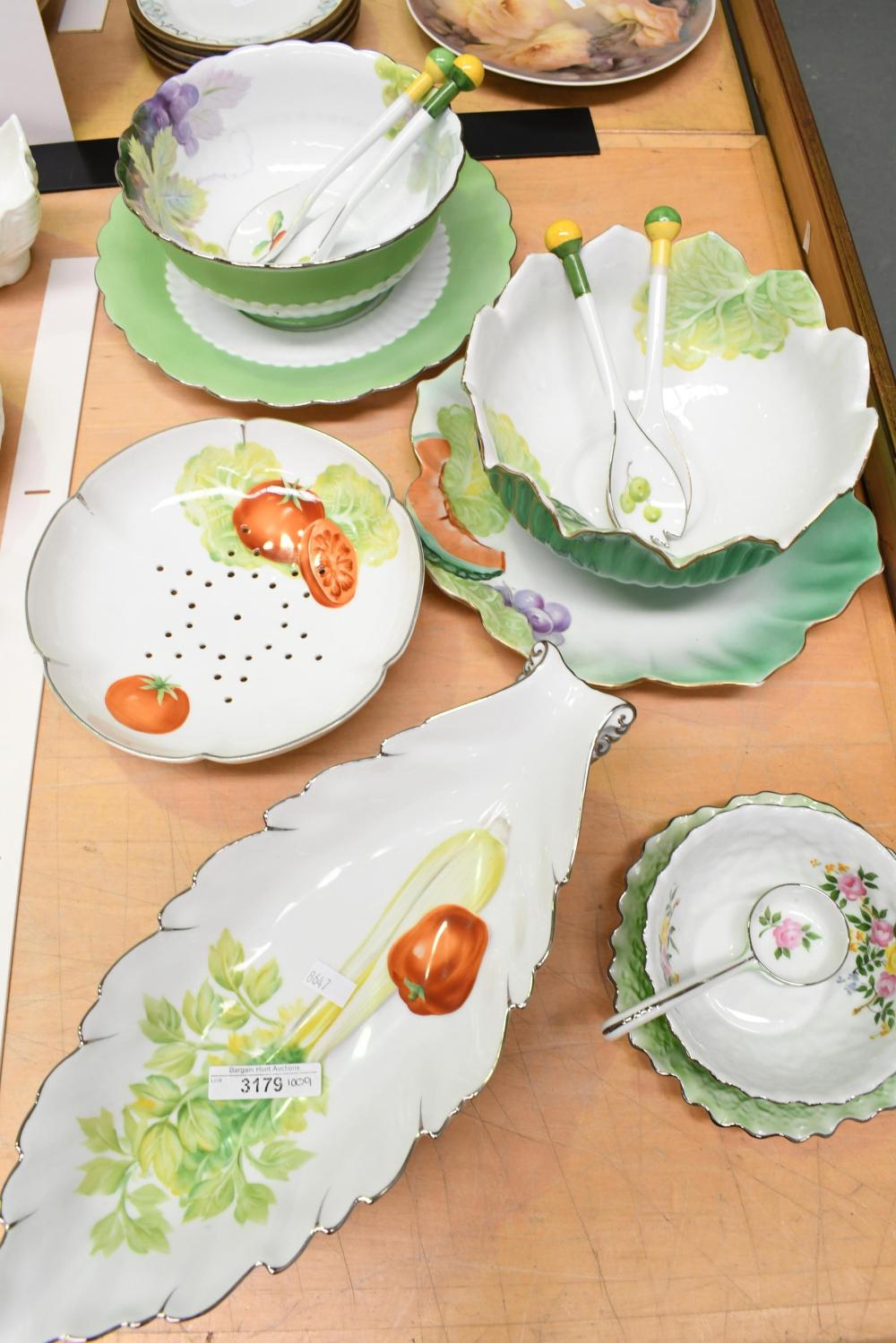 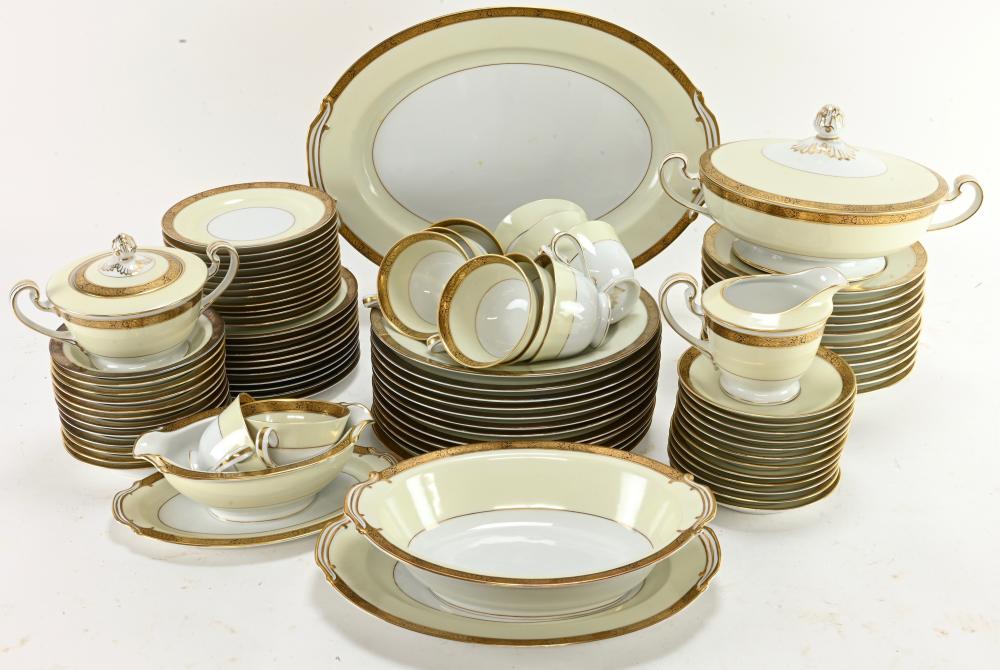 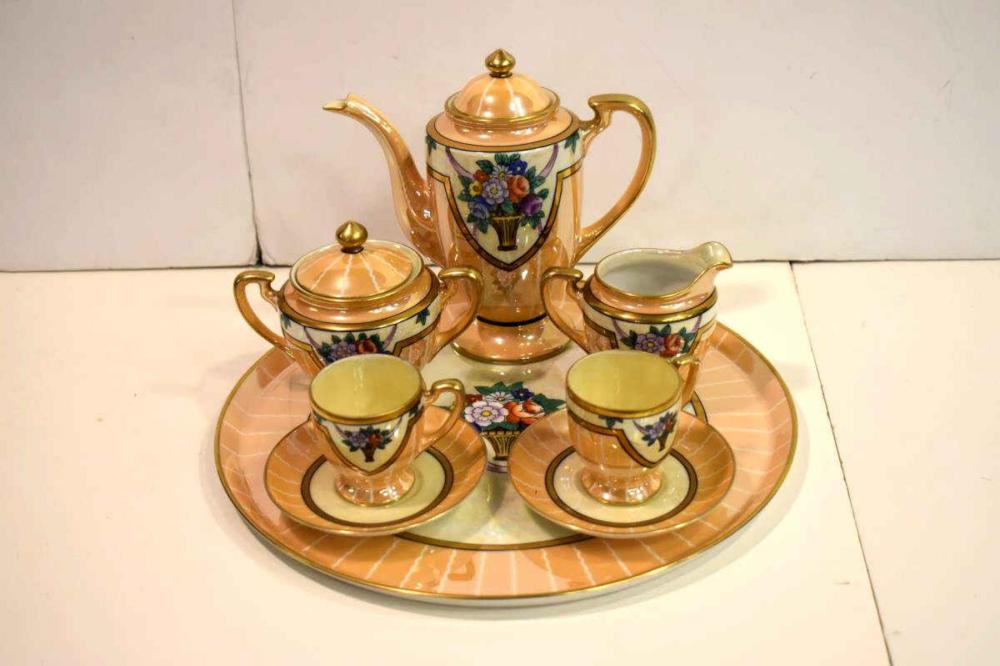 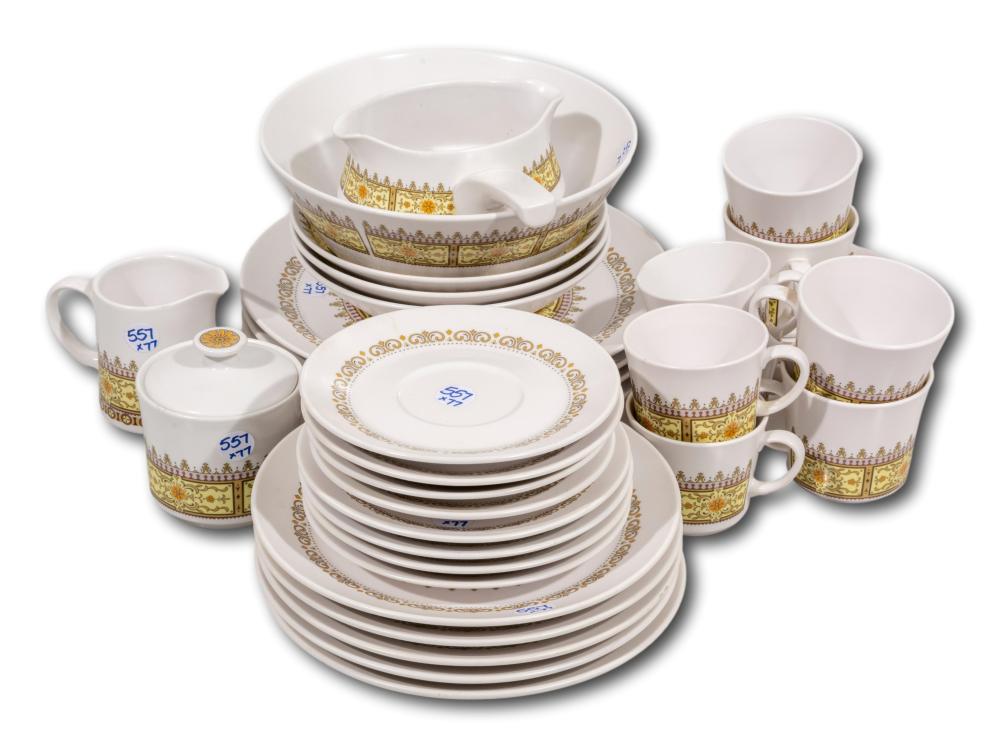 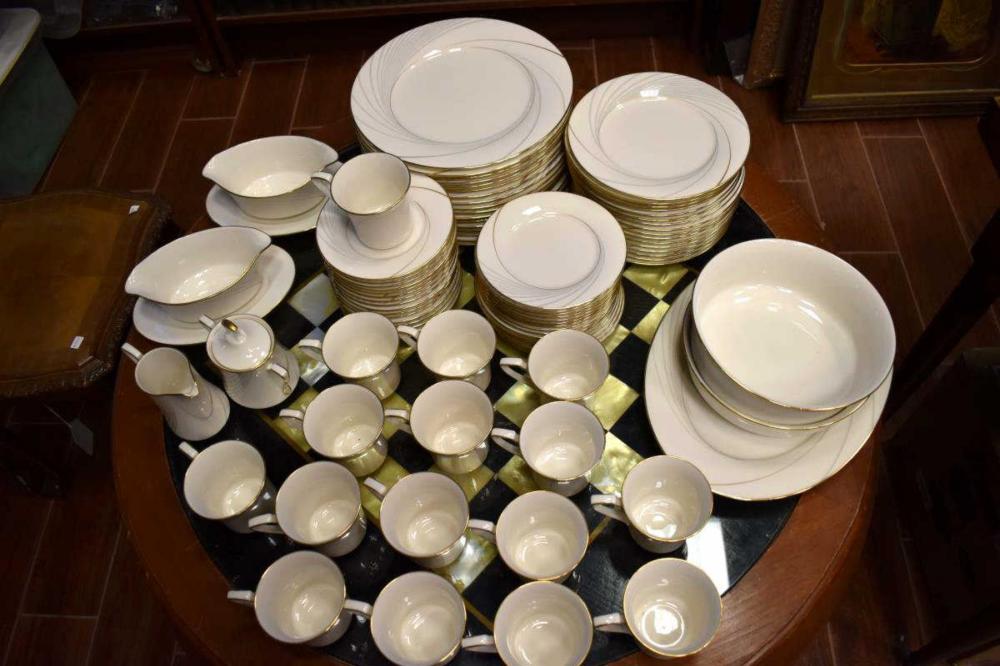 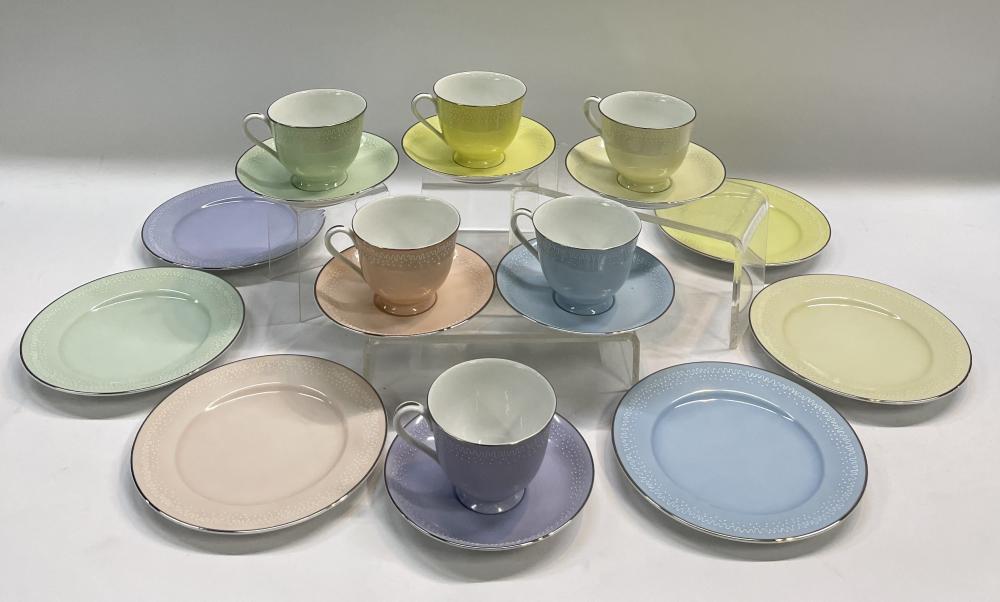 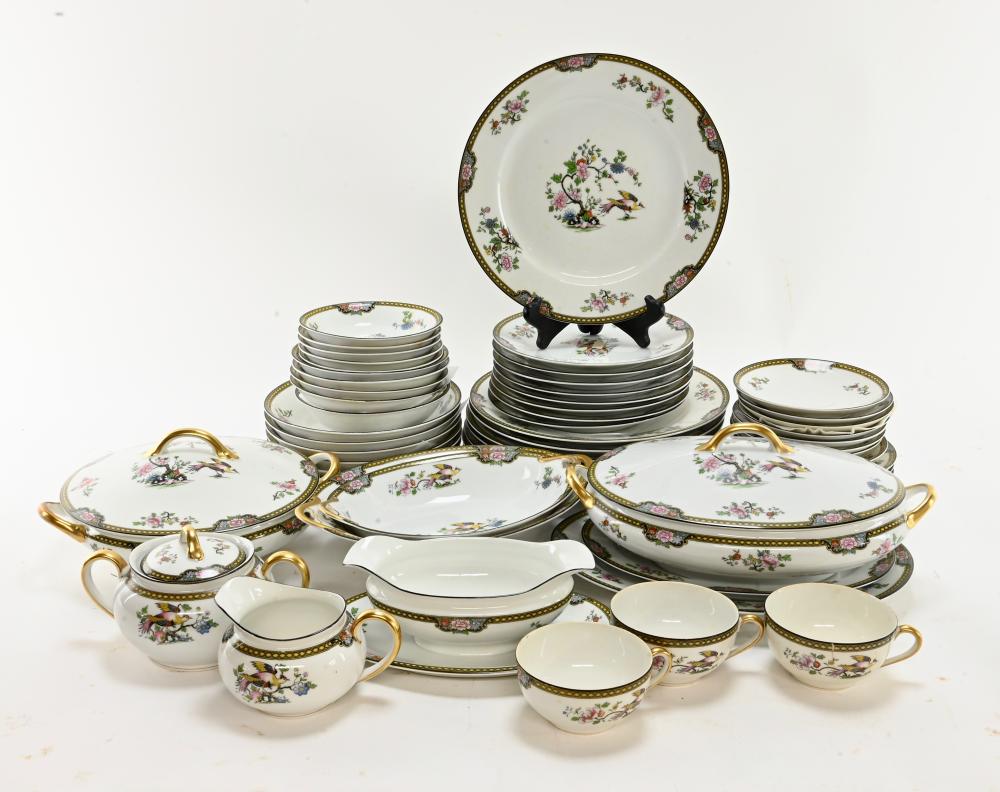 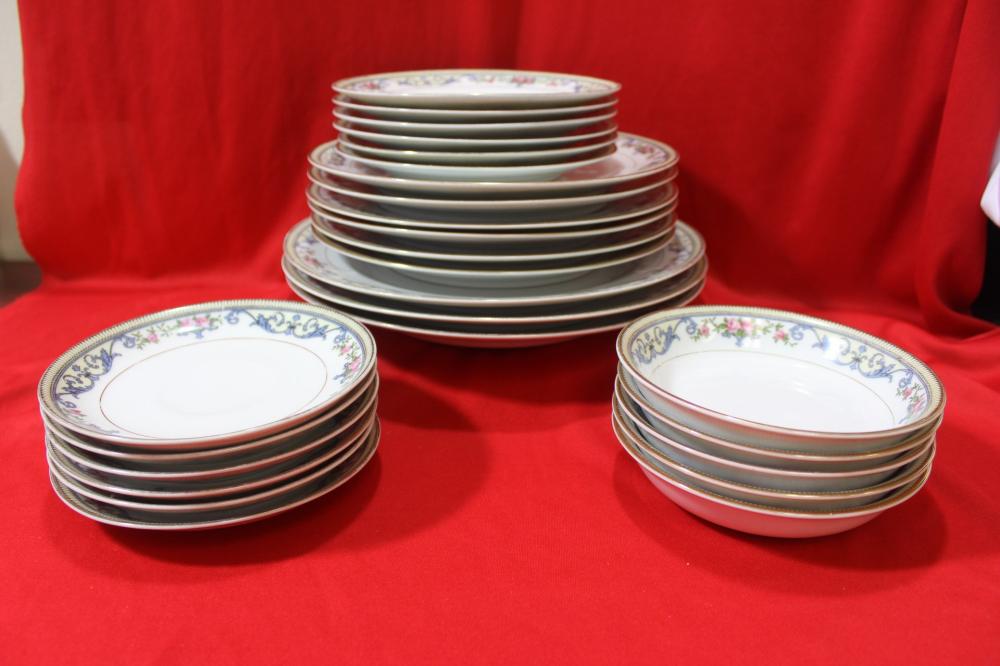 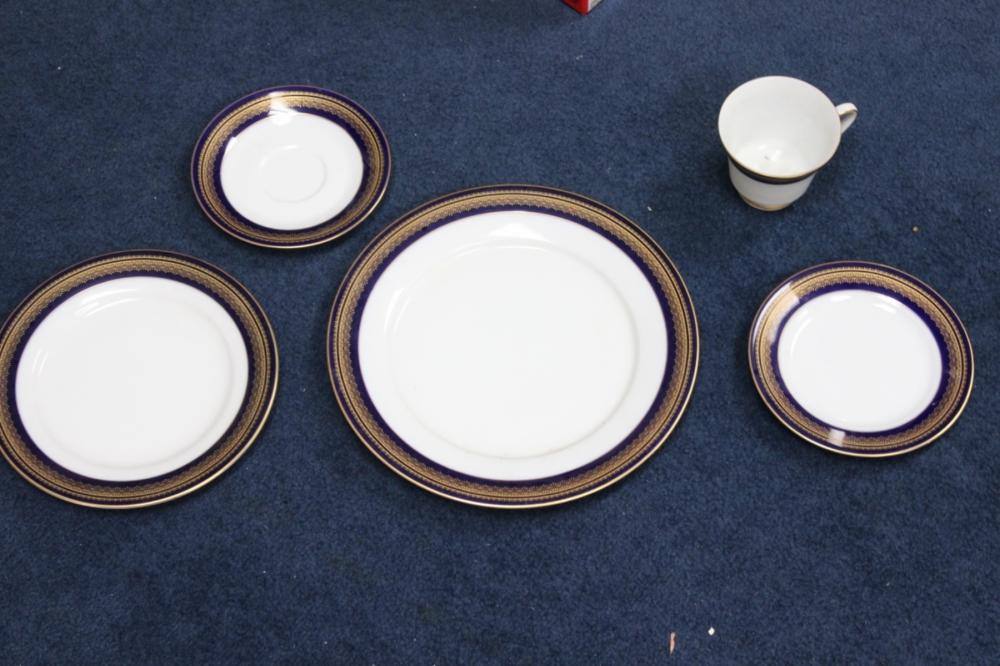 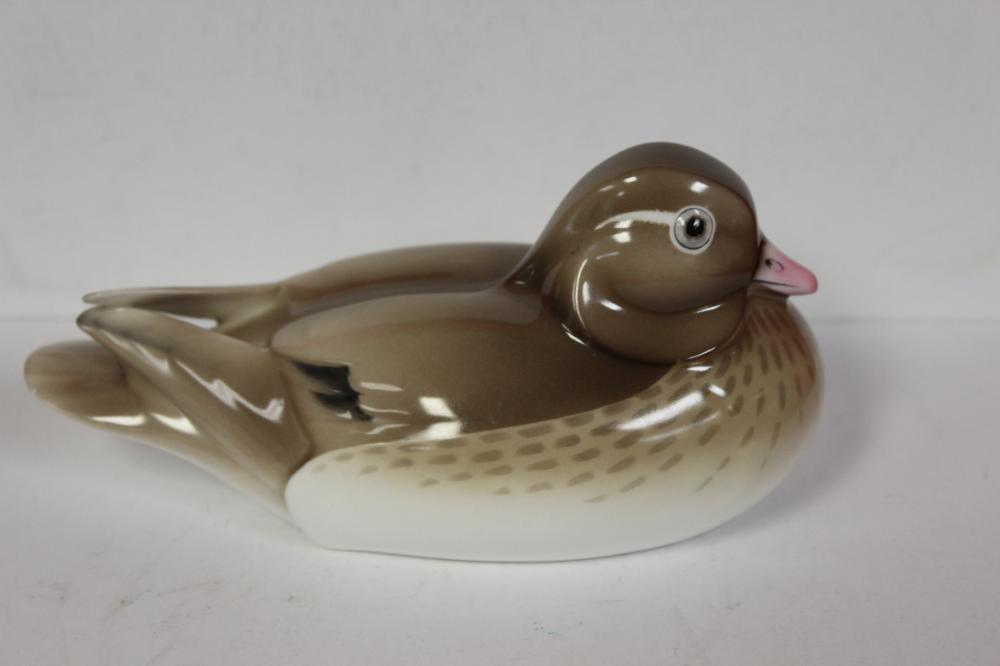 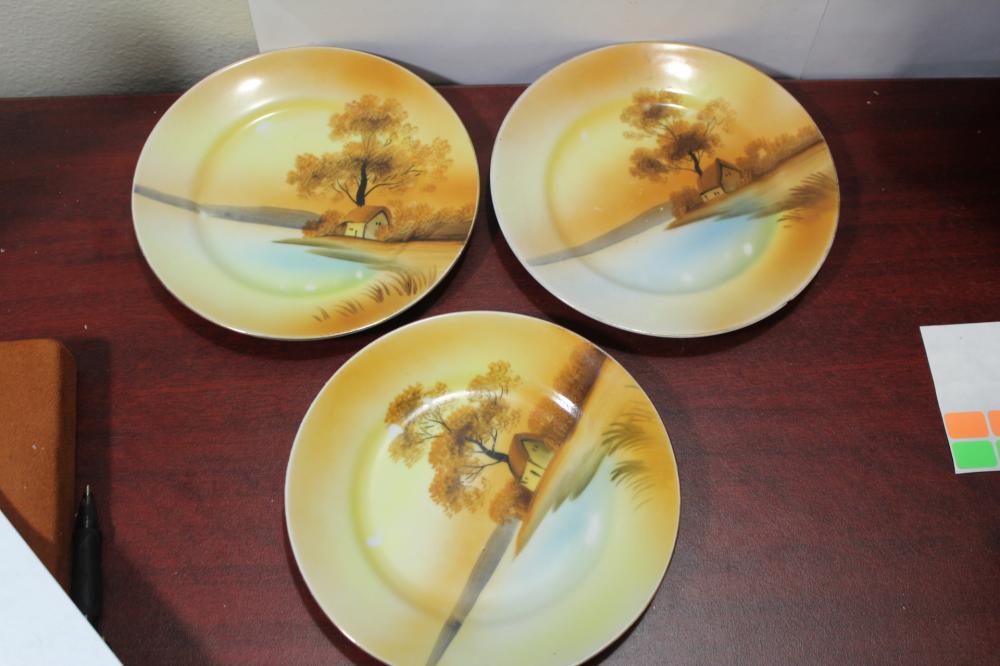 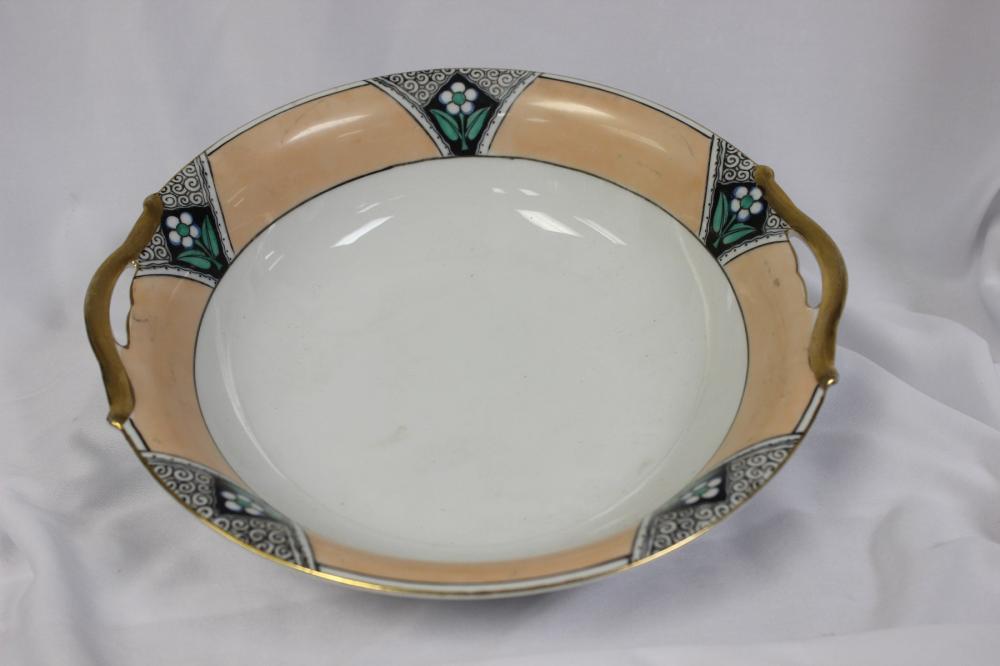 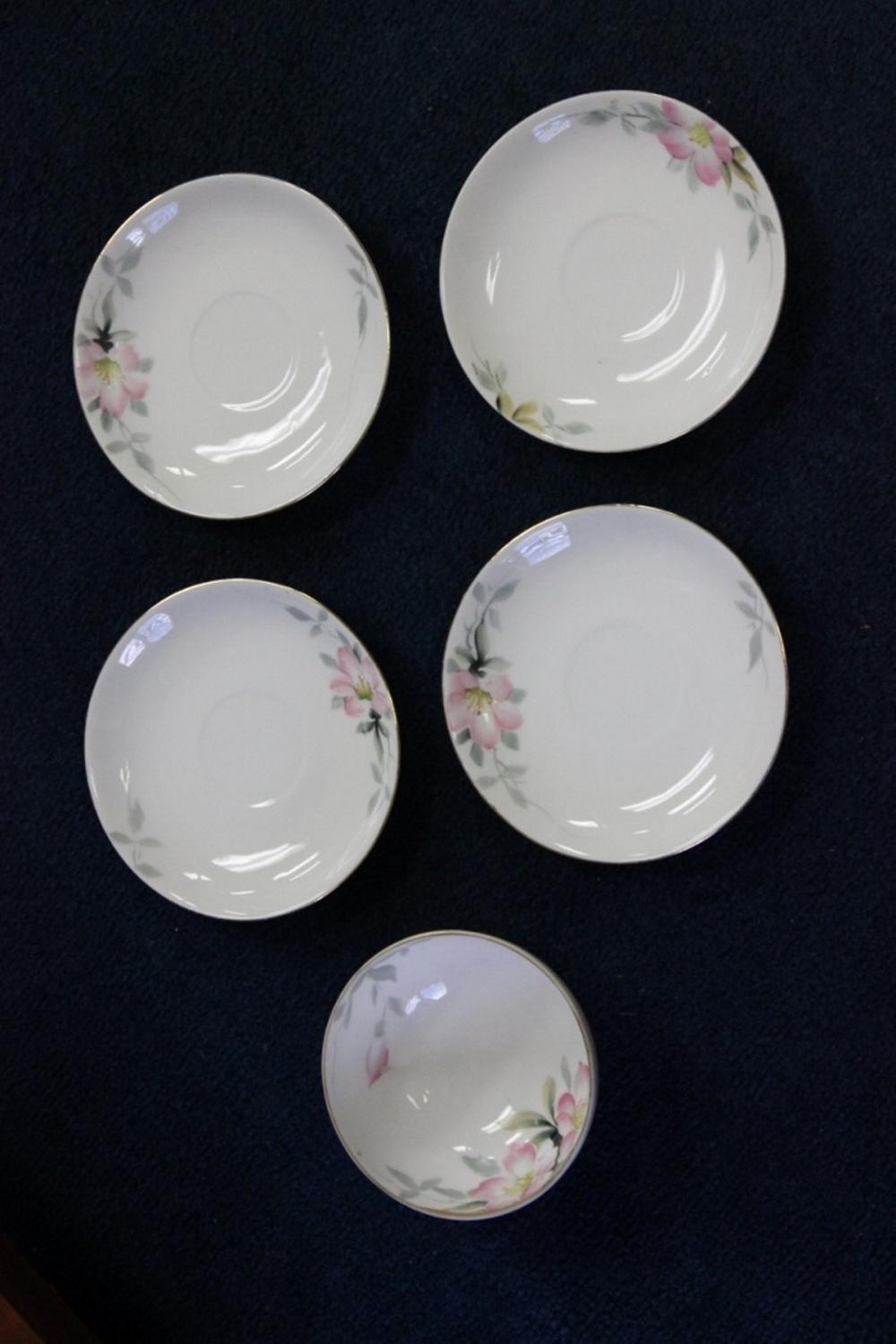 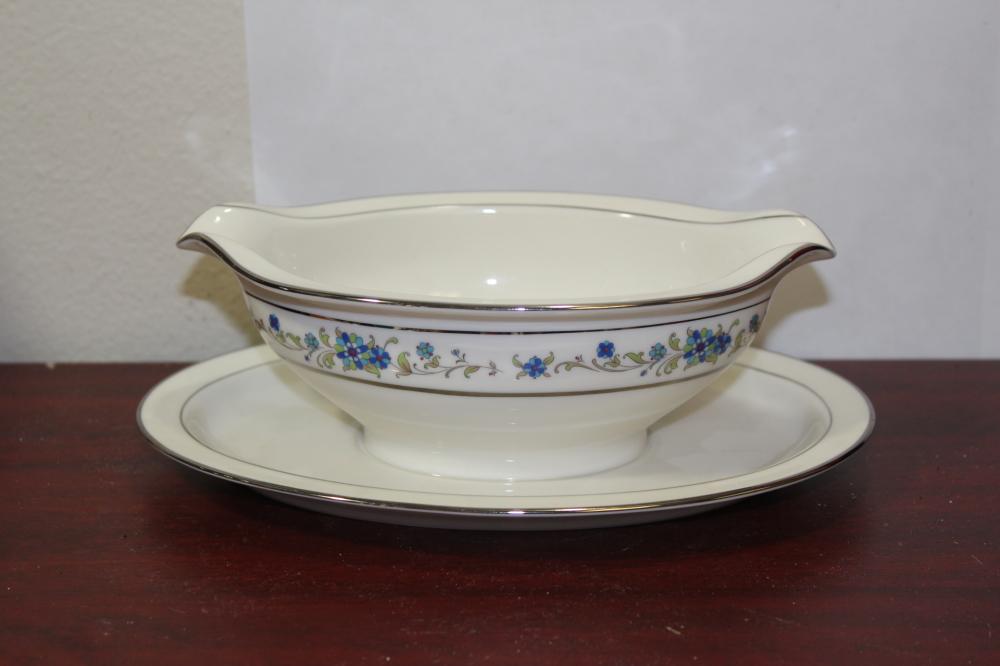 A Set of 6 Noritake Azalea Pattern Cup and Saucers 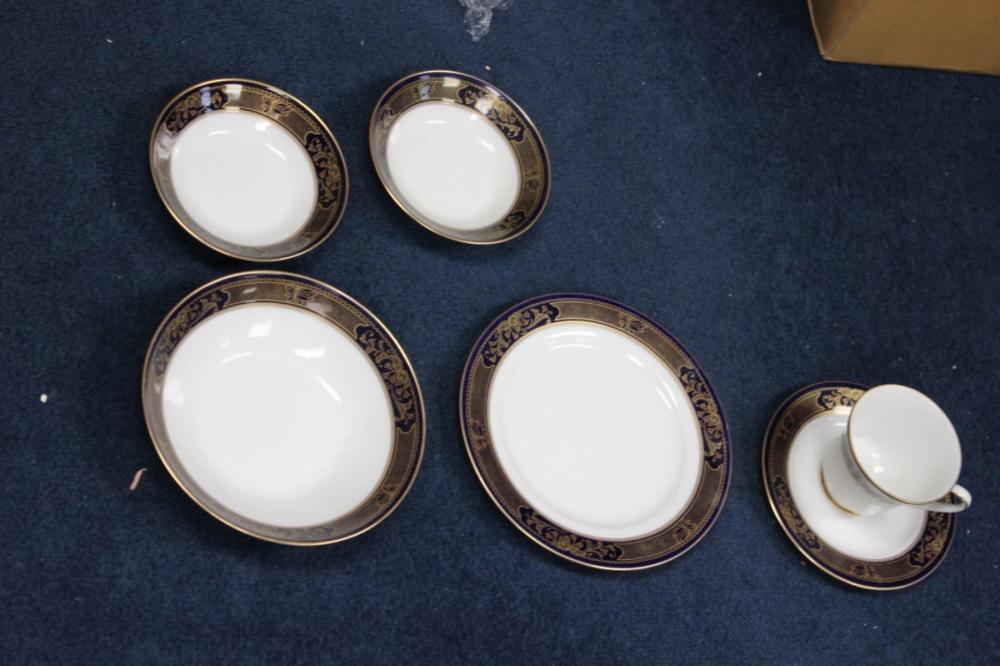 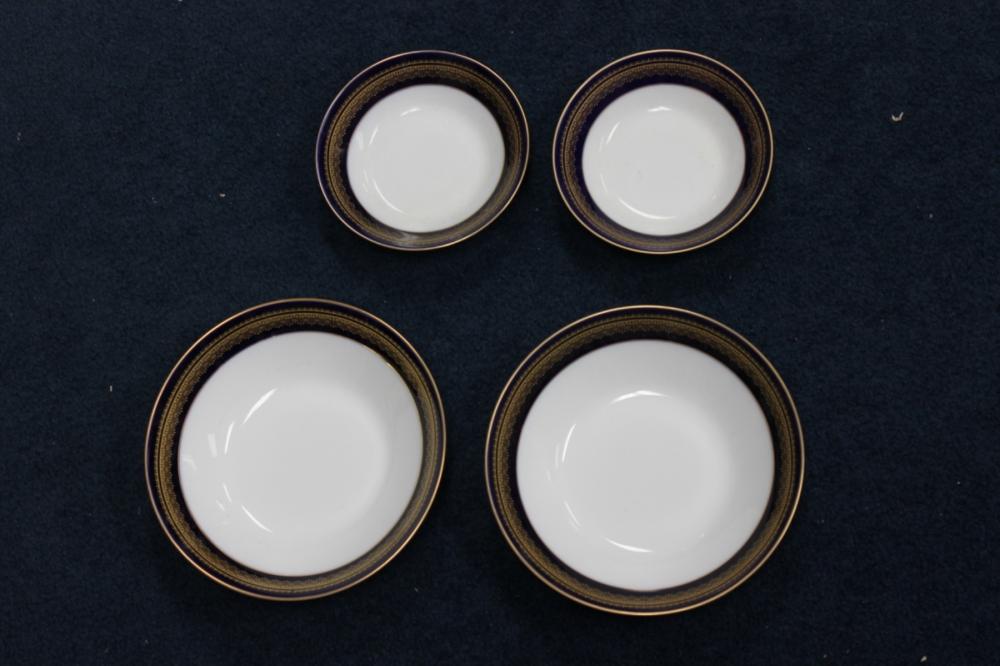 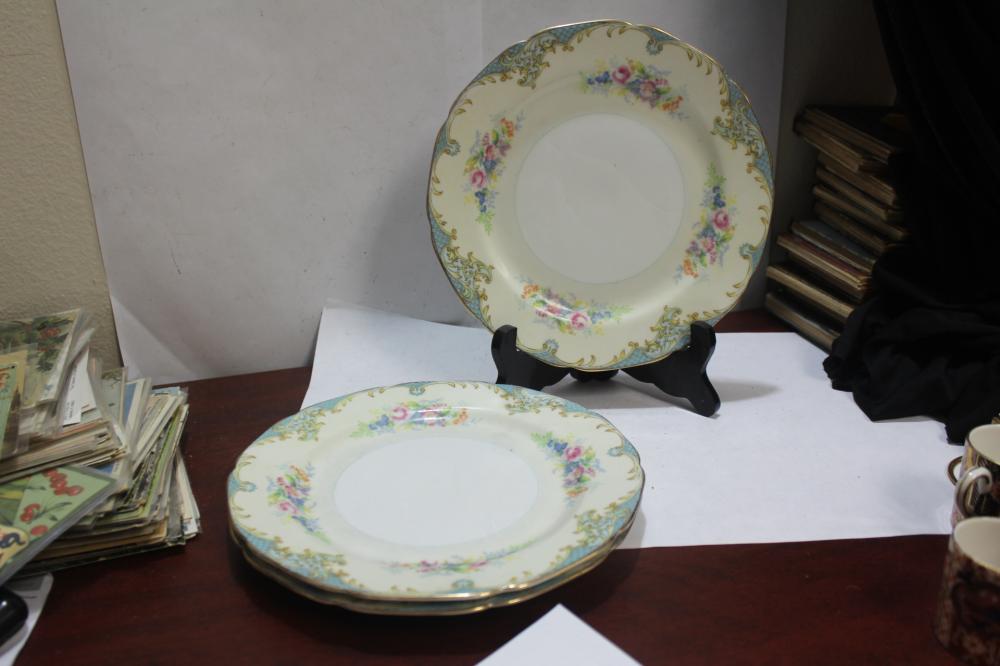 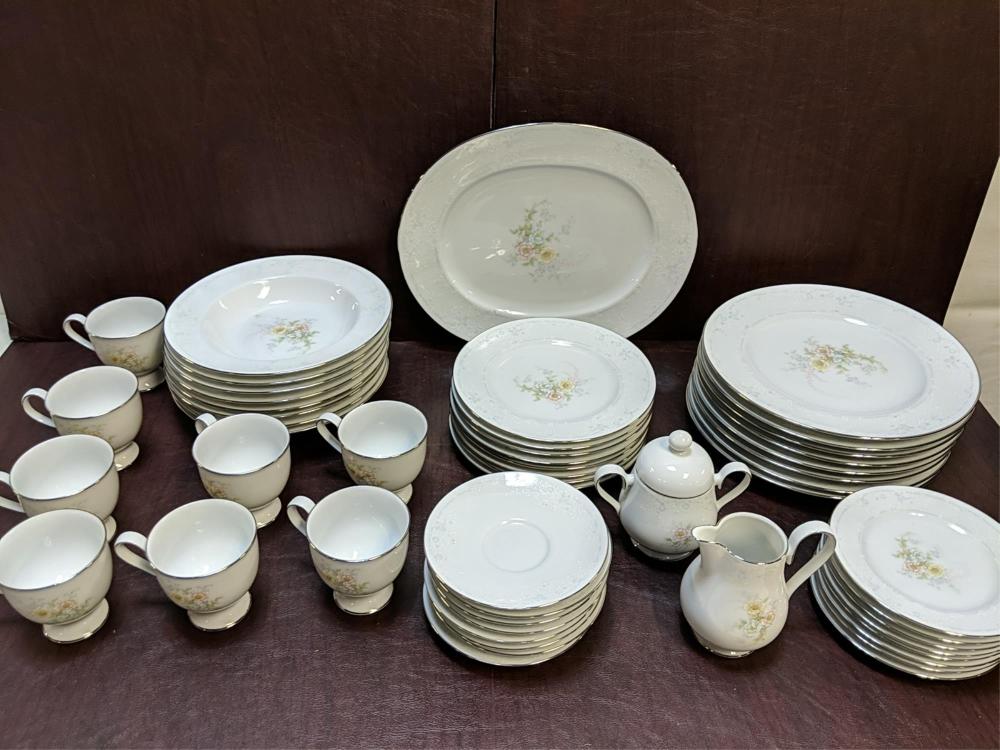 51 pcs. Noritake made in Ireland china 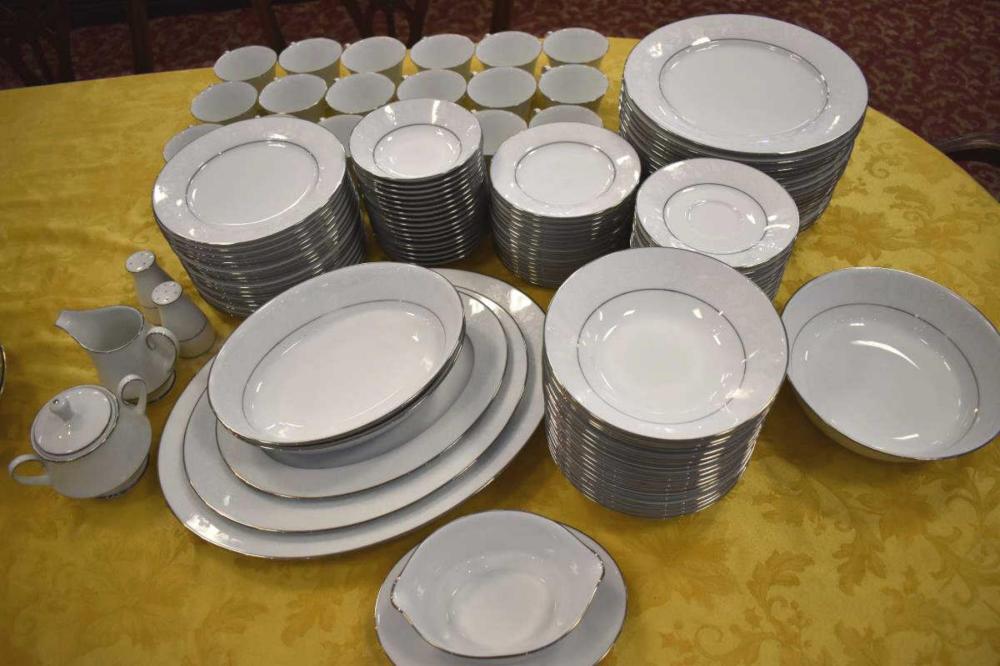 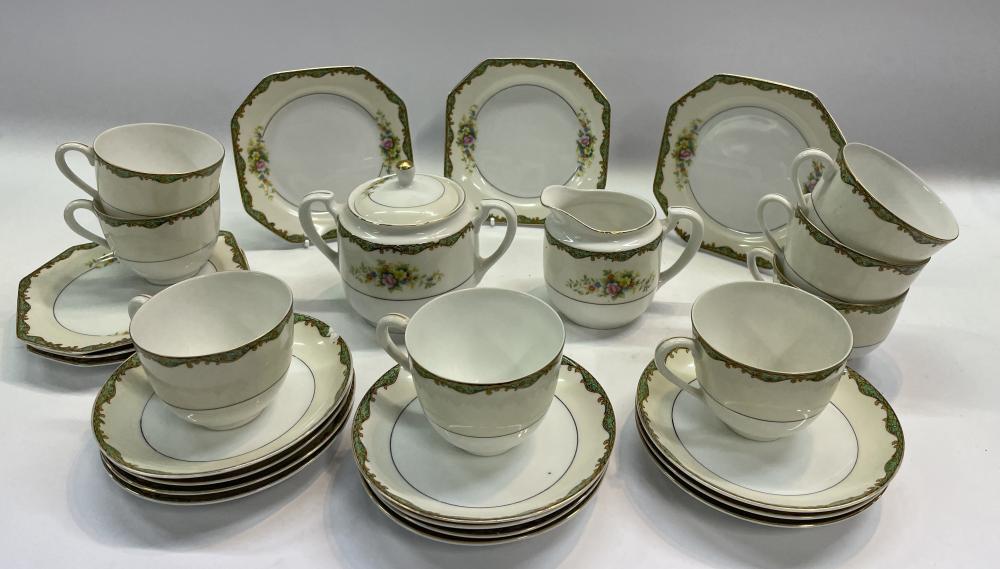 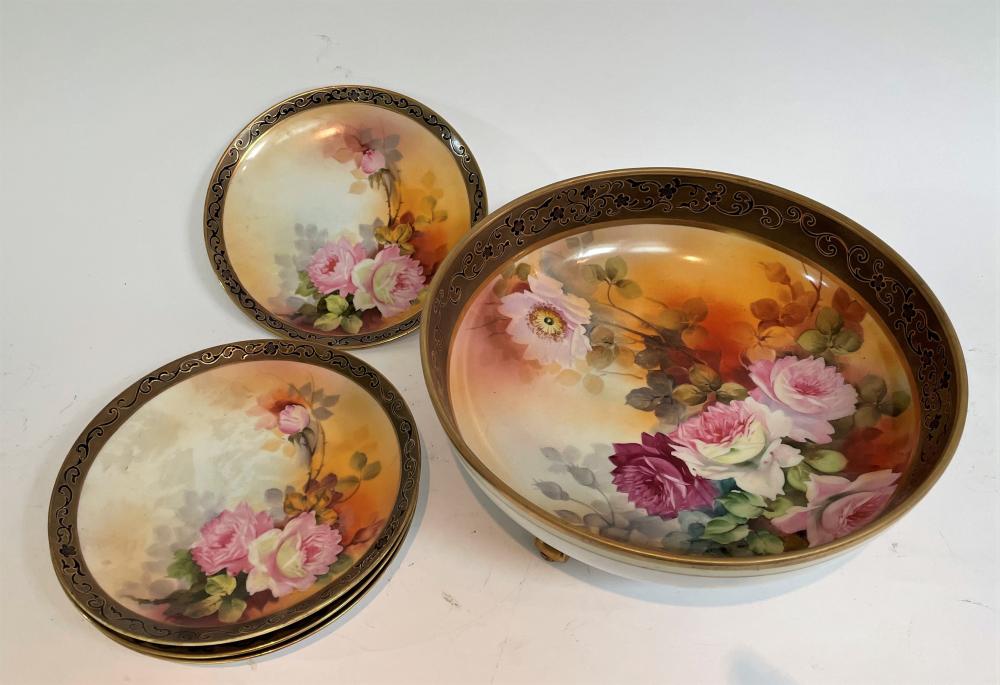