Perhaps the most coveted and valuable of carpets made in the luxurious weaving tradition of the ancient world is the Persian rug. Persia (now Iran) was a bridge between the Eastern and Western ancient world and a major crossroads on the Silk Road. Thus, Persia had access to merchandise, materials, and perspectives from many different cultures that were unknown in other parts of the world.

The history of rug-weaving culture in Persia dates back over 2,500 years to when the Babylonian conqueror Cyrus the Great introduced carpet making to the area. Yet, it is likely that the locals were already familiar with the making of knotted rugs, as sheep and goats provided them with fine wool for weaving. In 1038, the Seljak tribe conquered Persia. The Seljak weavers were skilled in rug weaving, and made a great impact on the tradition in Persia. To this day, the Turkish ethnic element of Iran uses a Turkish (Ghiordes) knot in weaving, while the Persian-speaking population uses the asymmetrical Persian (Senneh) knot.

The Persian carpet was immortalized during the Safavid Dynasty in the 16th century. Designs became more detailed and colorful, with cleaner patterns. Made primarily of wool, the carpets sometimes contained cotton, jute, silk, or animal hair. Floral or medallion central motifs created a bold effect. Falconry and hunting were favorite motifs of artists due to the Persian elite’s fondness for these pursuits, and the subject portrayed in rug weaving gave birth to the “hunting carpets” of this period. During the reign of Shah Abbas, the ruler sent silk merchants and weavers to the capital and signed trade treaties with Spain, England, and France. The major export and trade of the Persian antique rug spread worldwide. Today, about 1,500 samples are housed in museums and private collections. Persian carpets are coveted for their quality, longevity, and beauty. 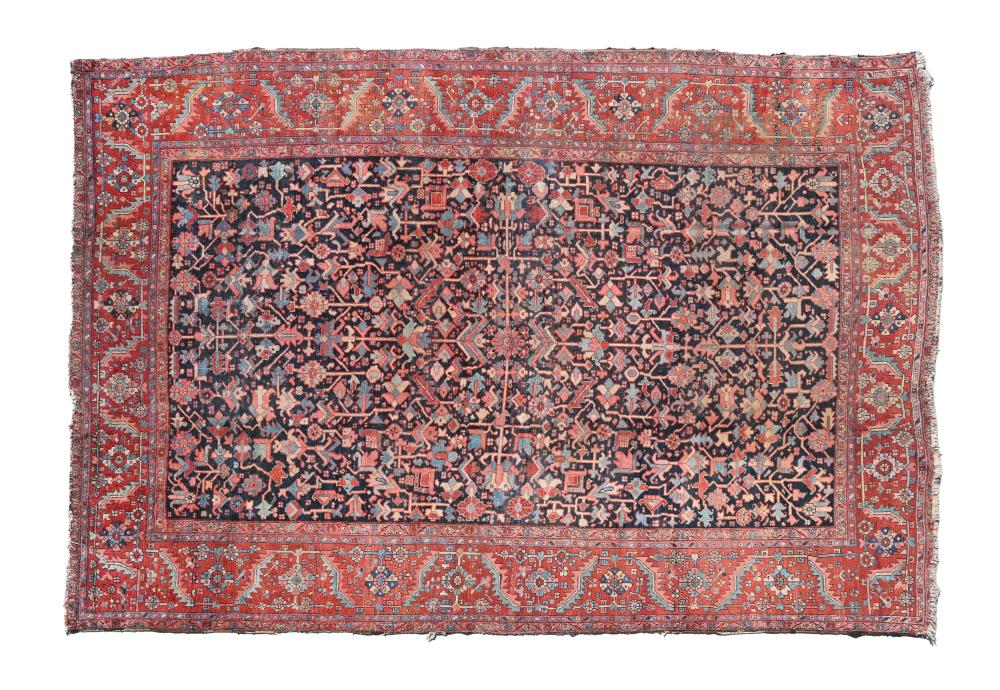 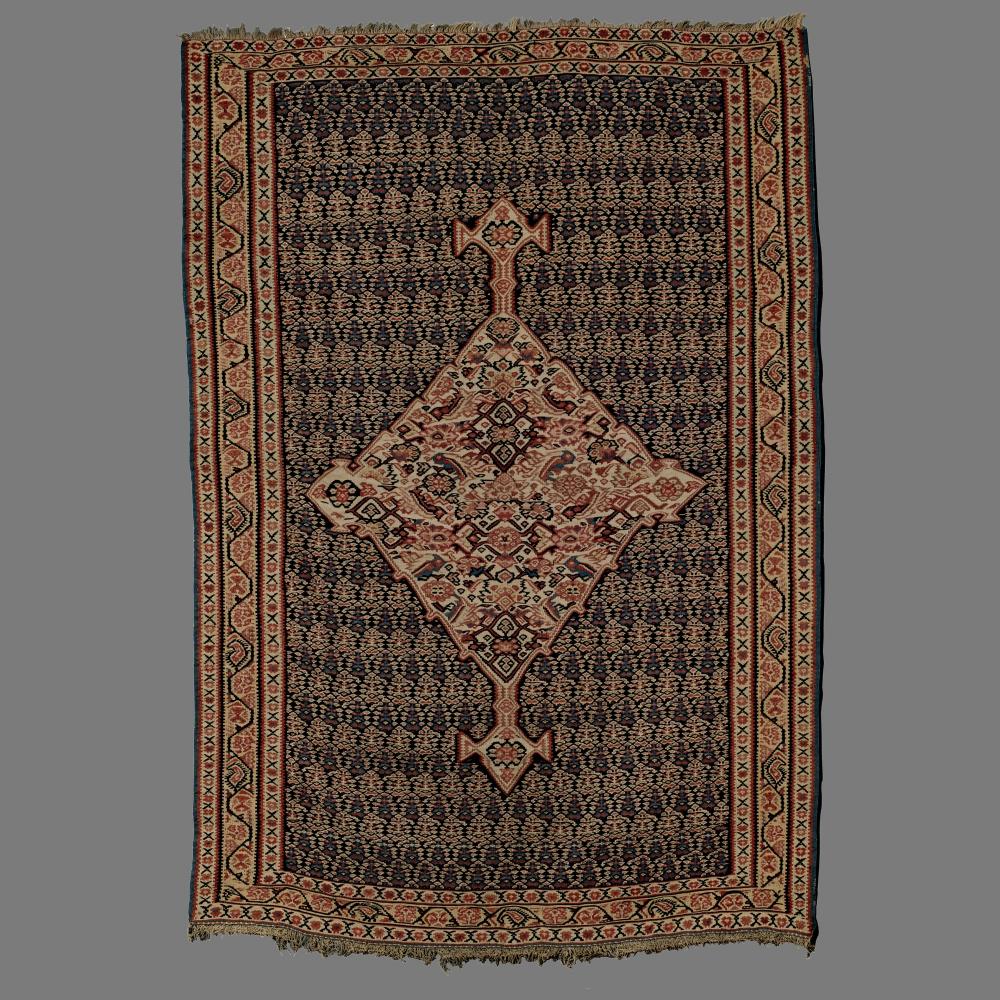 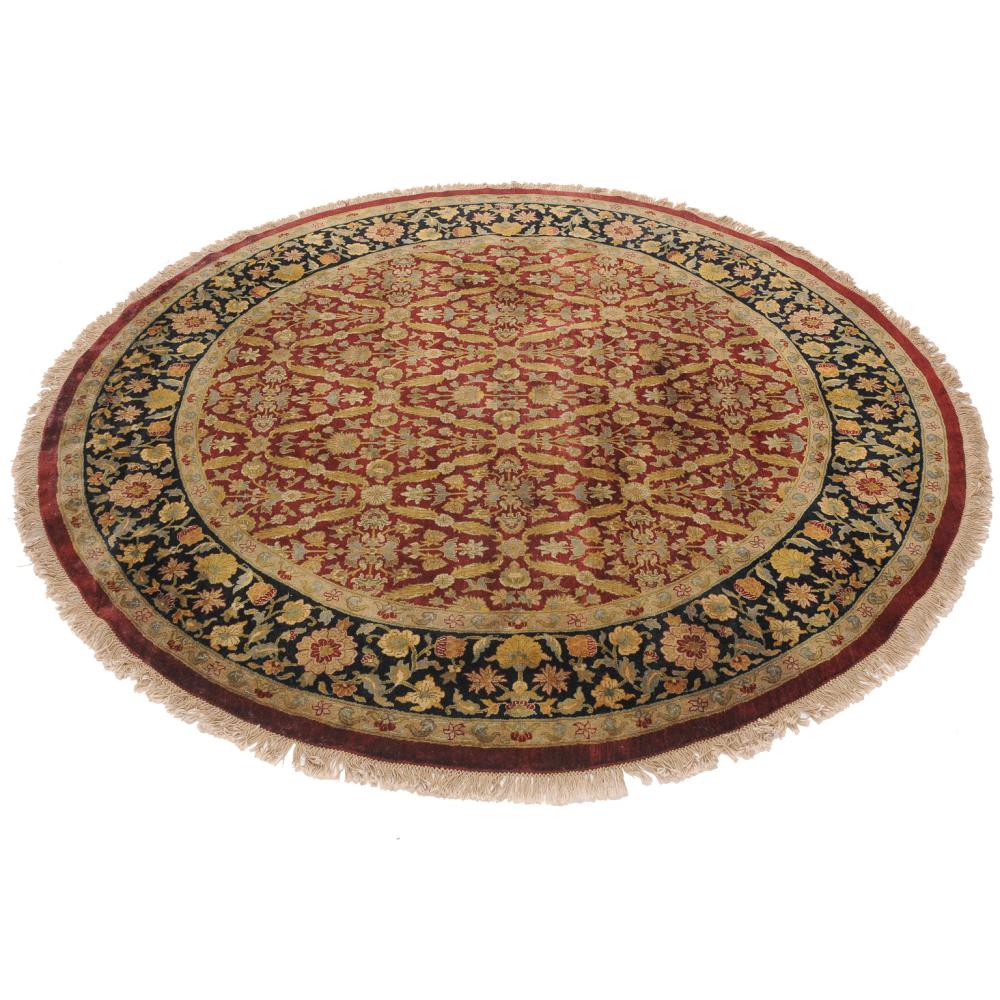 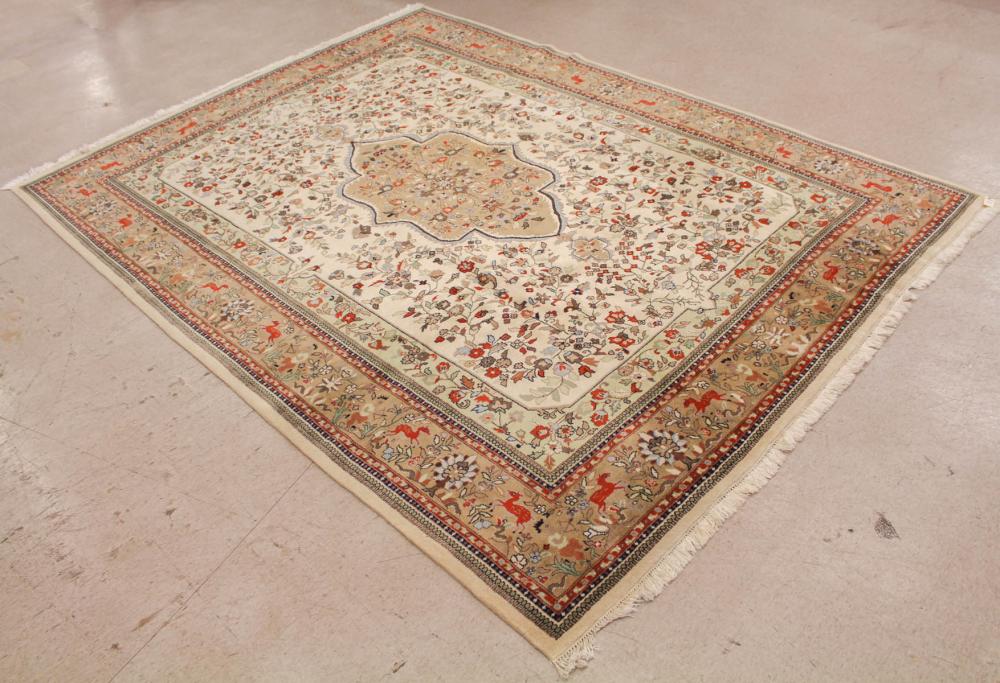 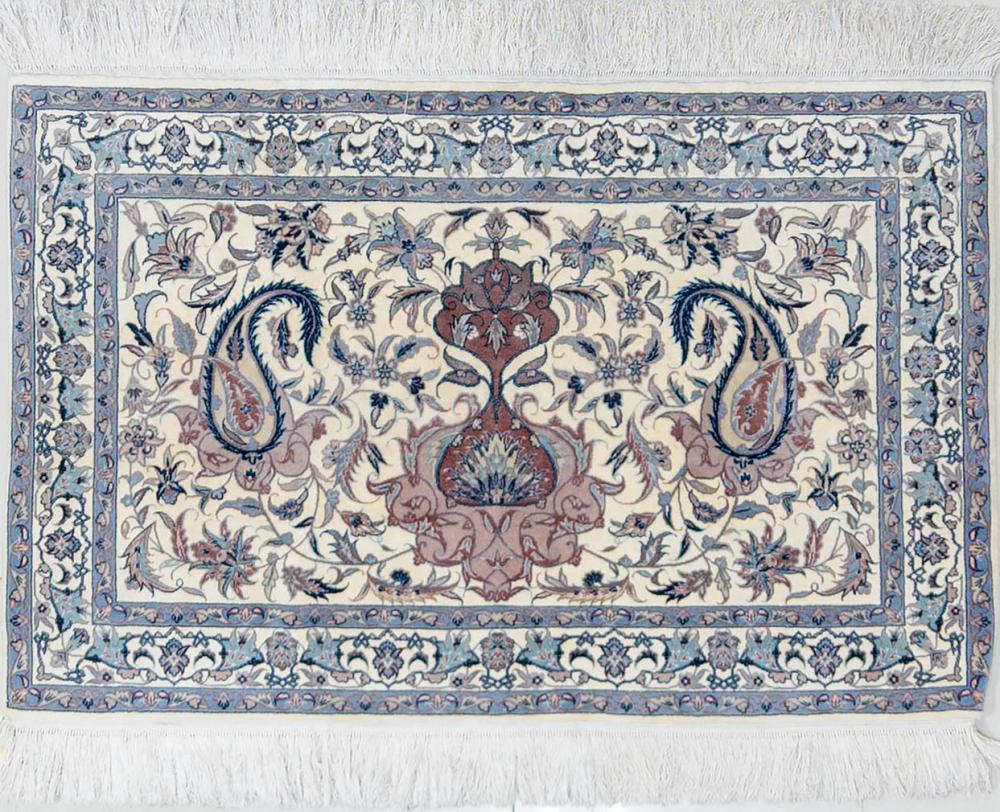 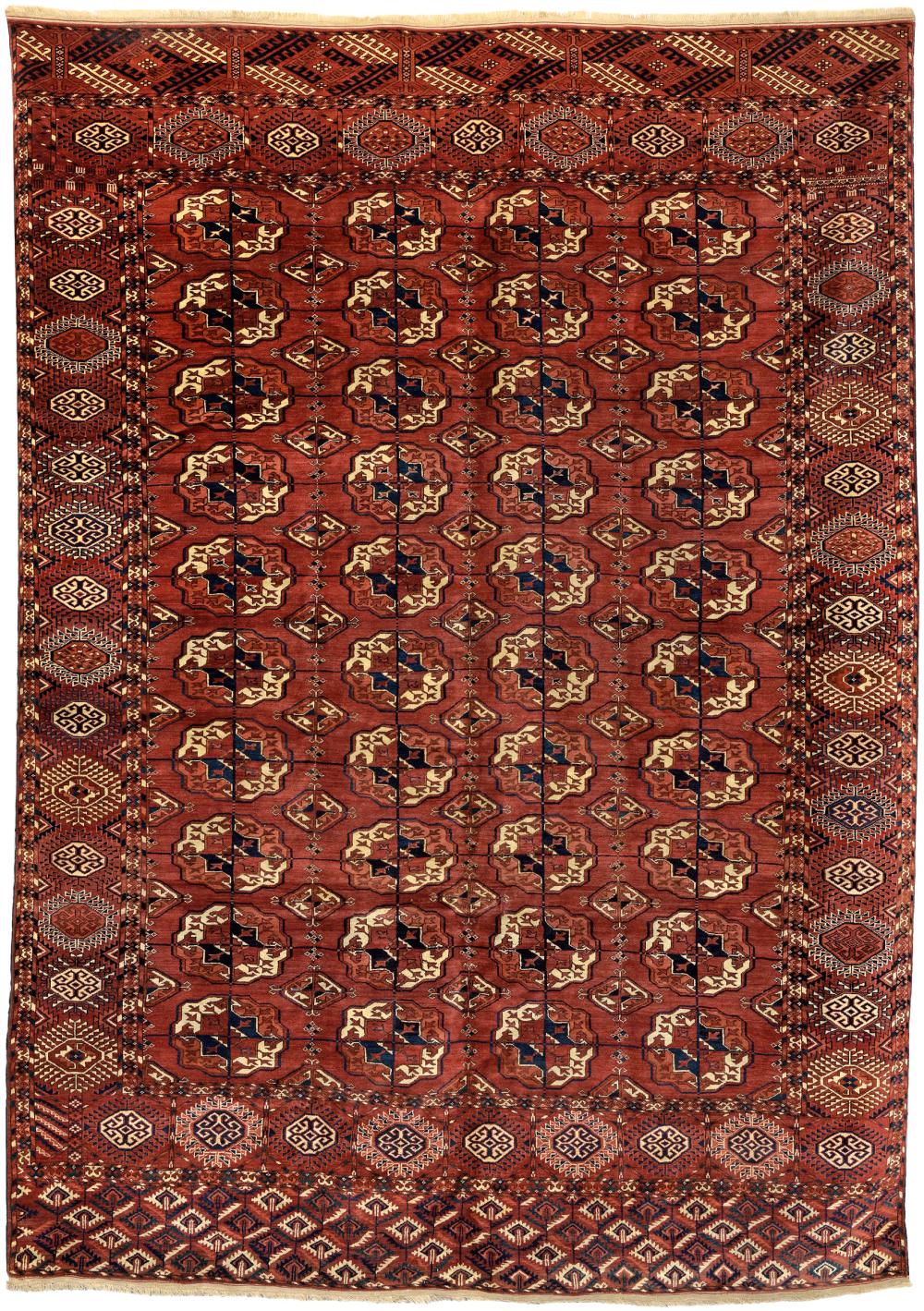 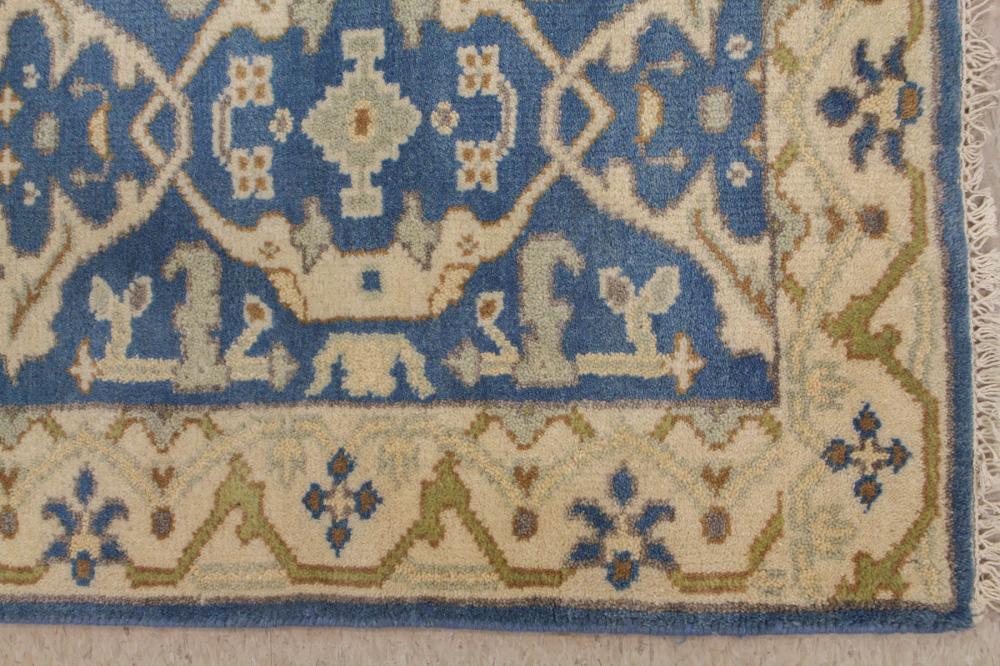 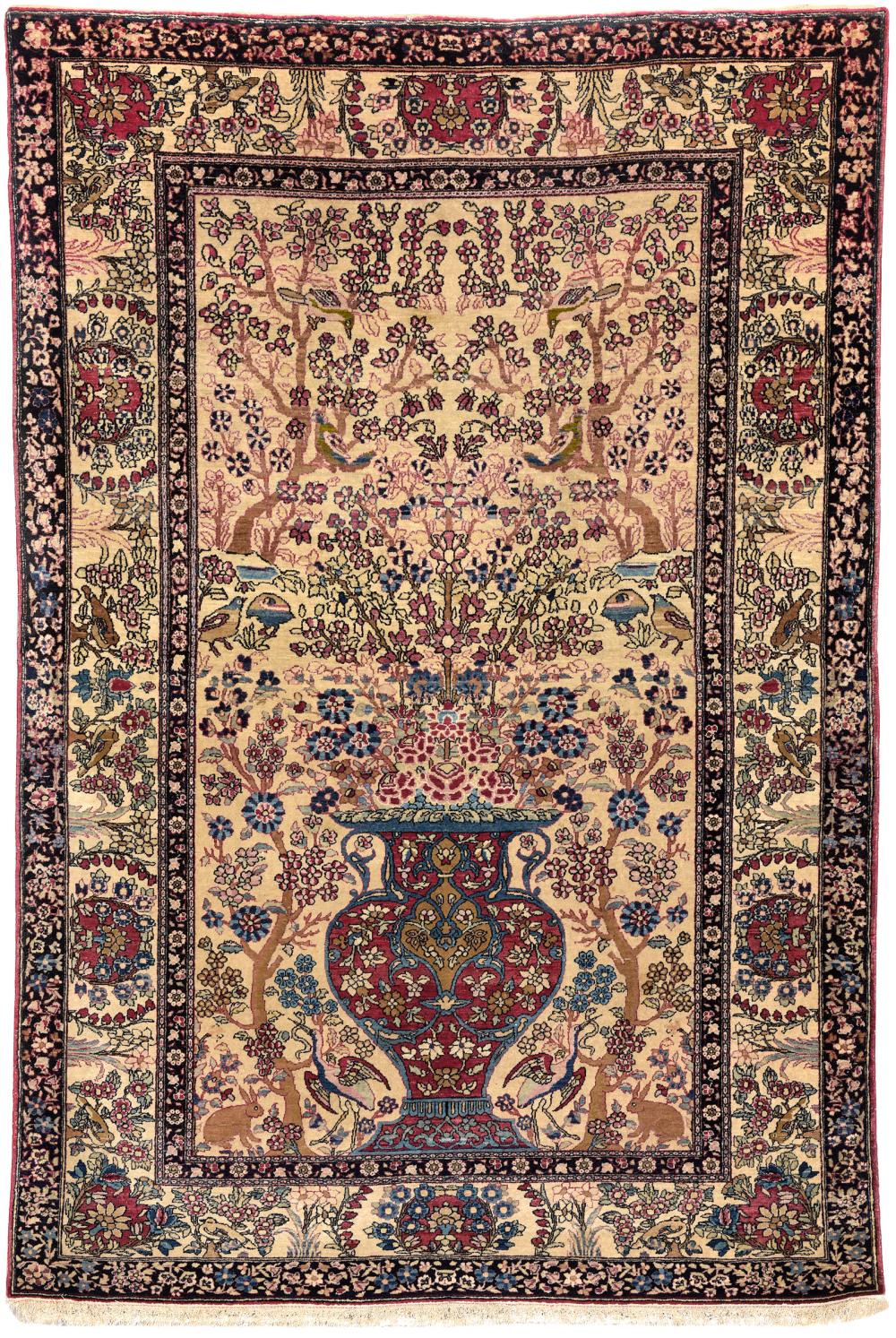 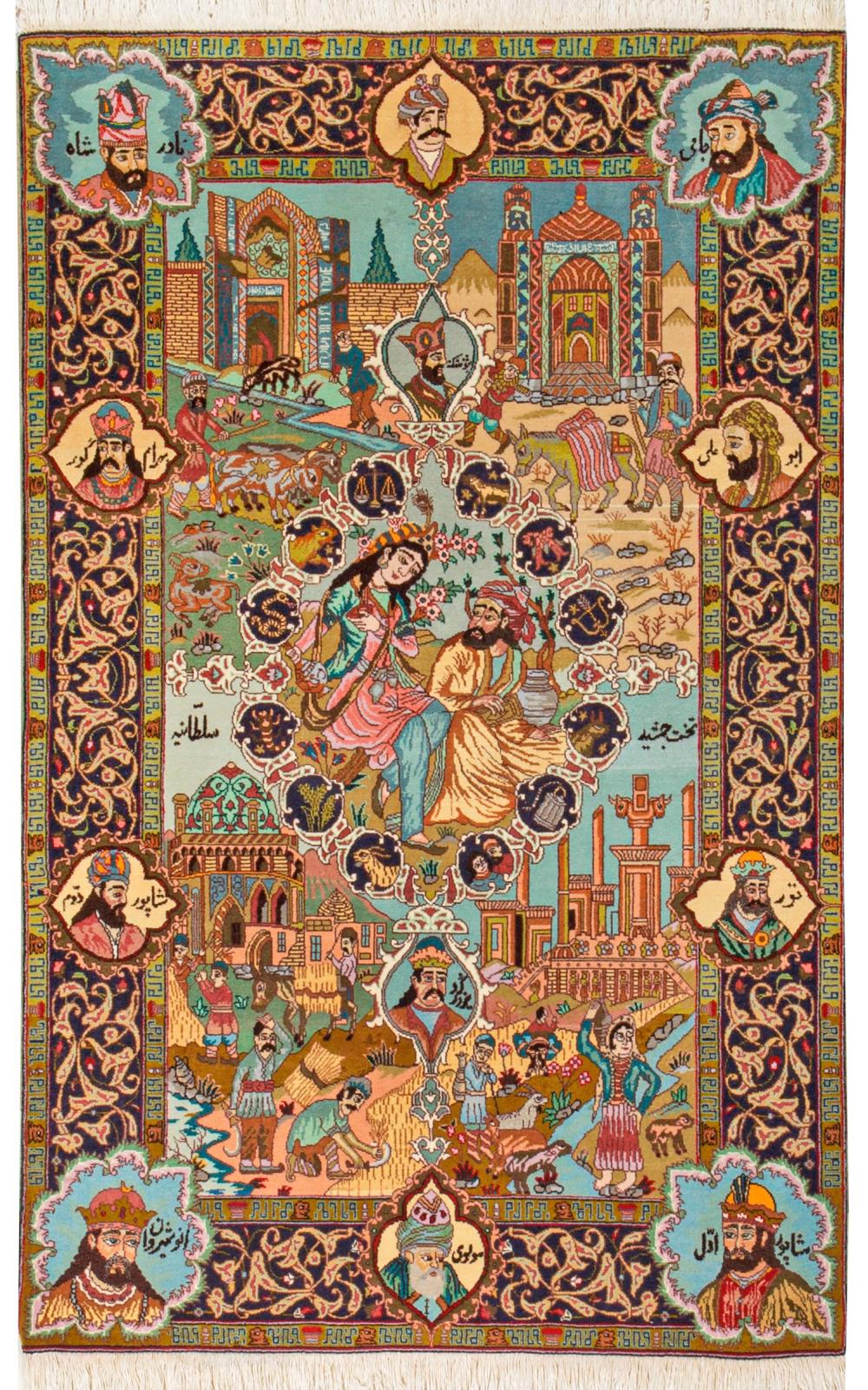 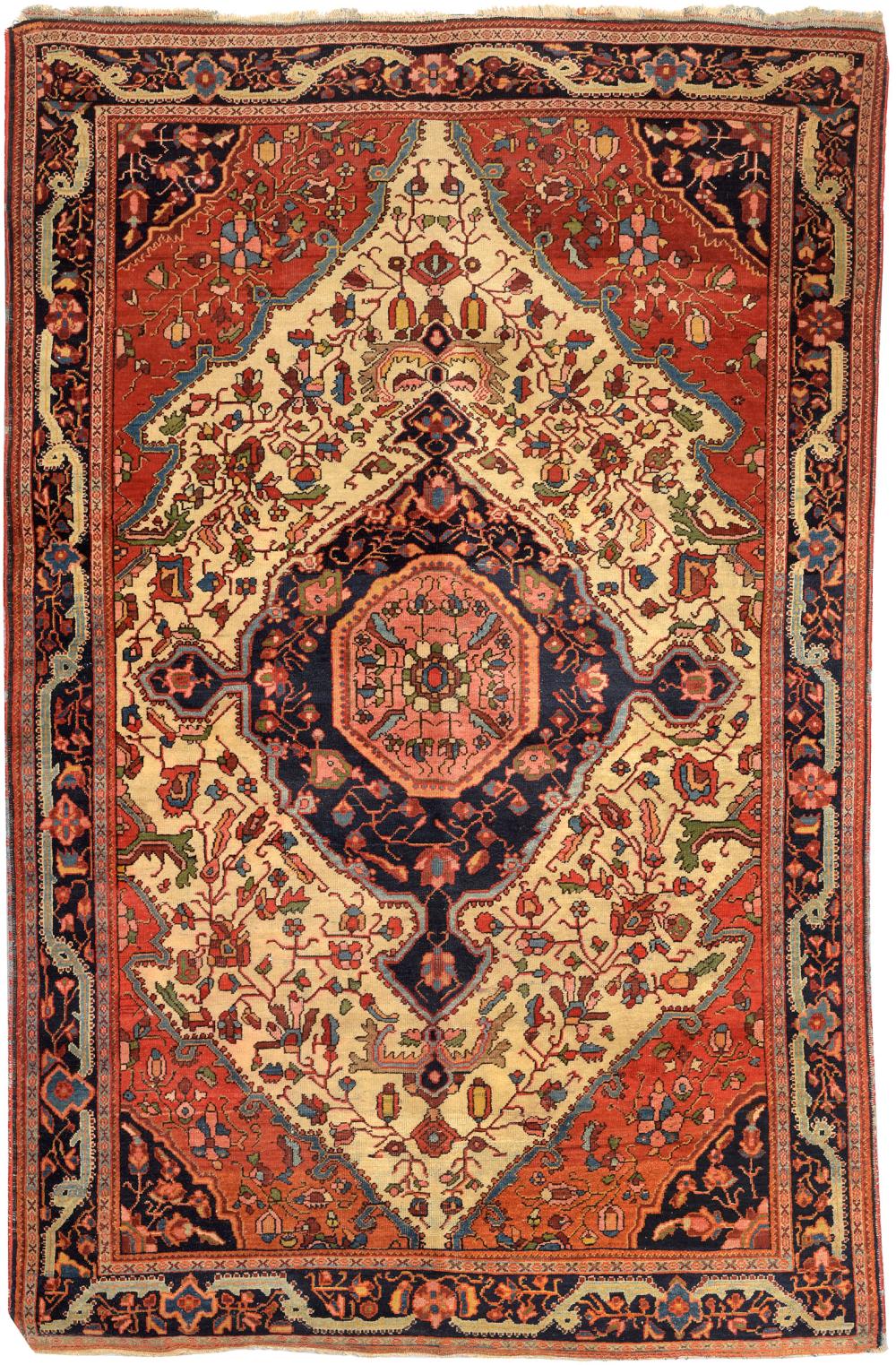 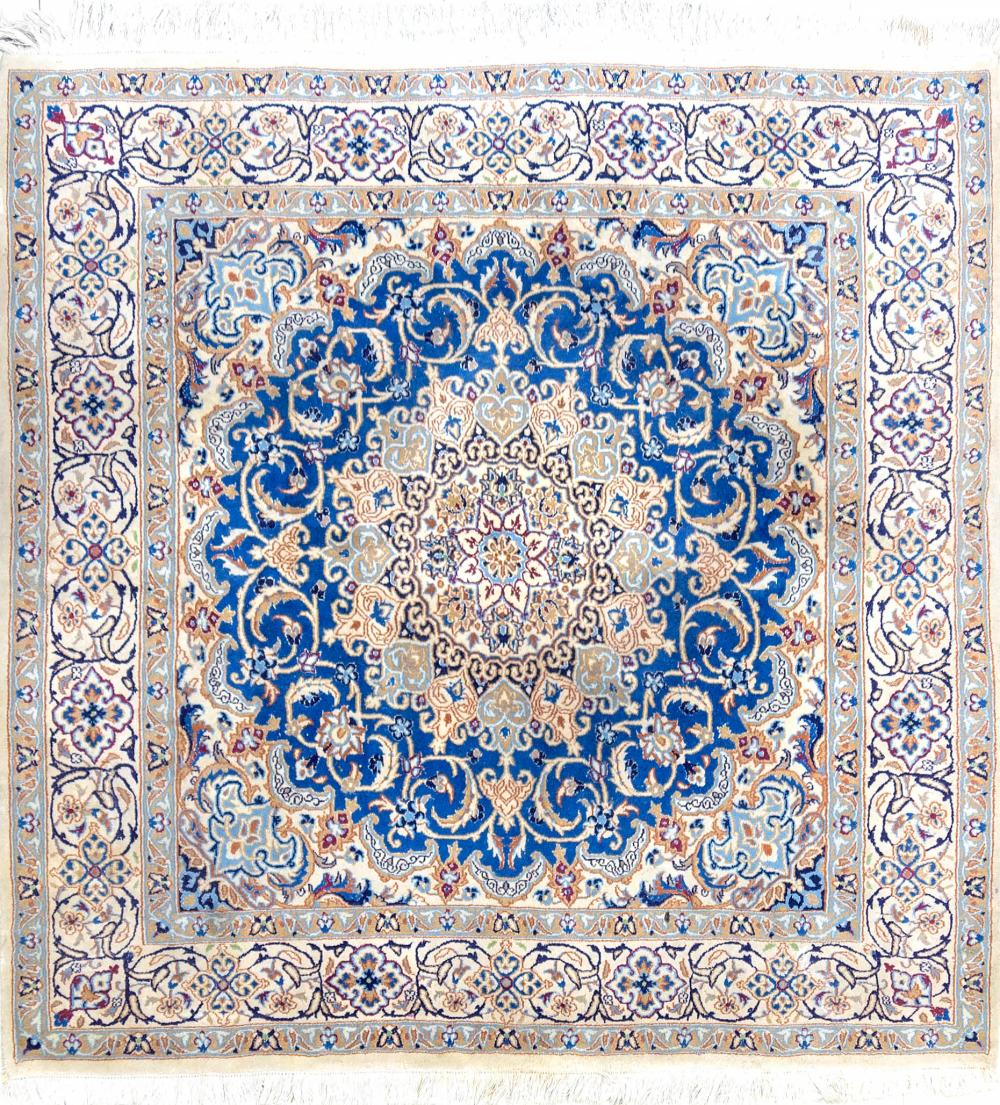 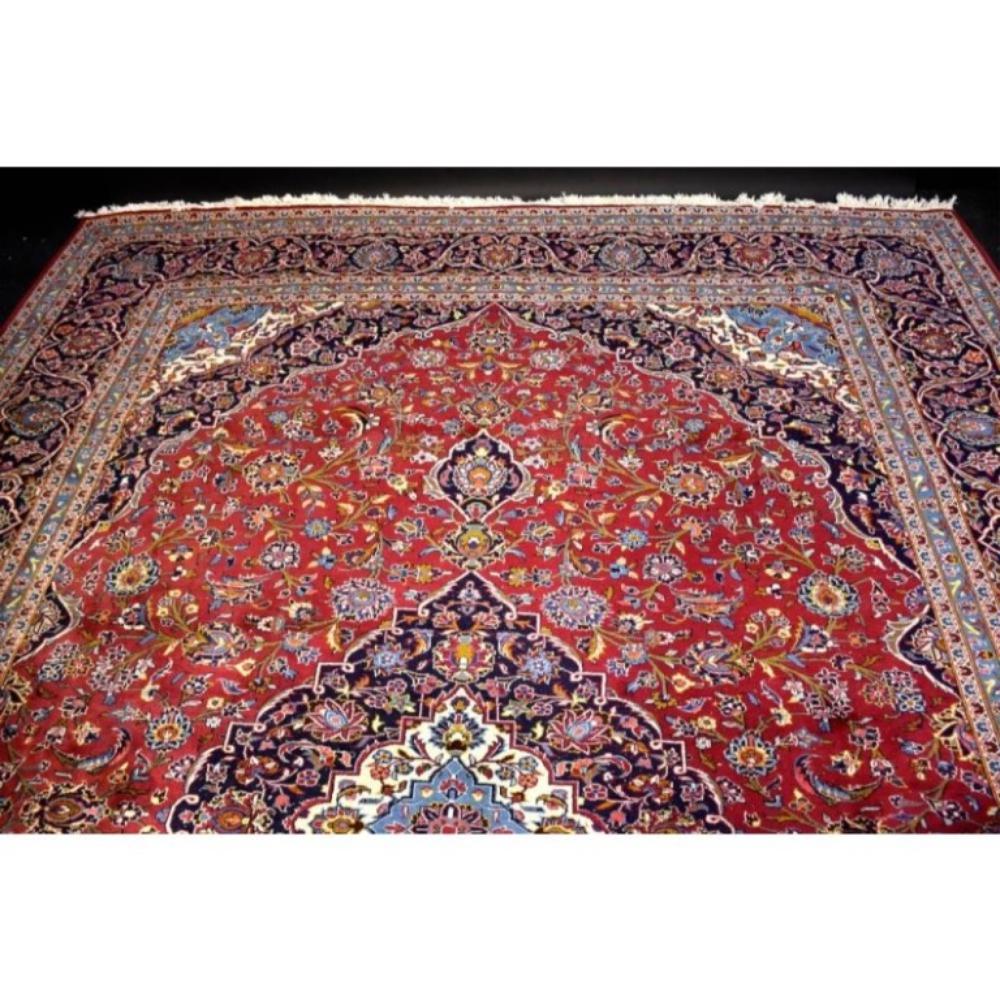 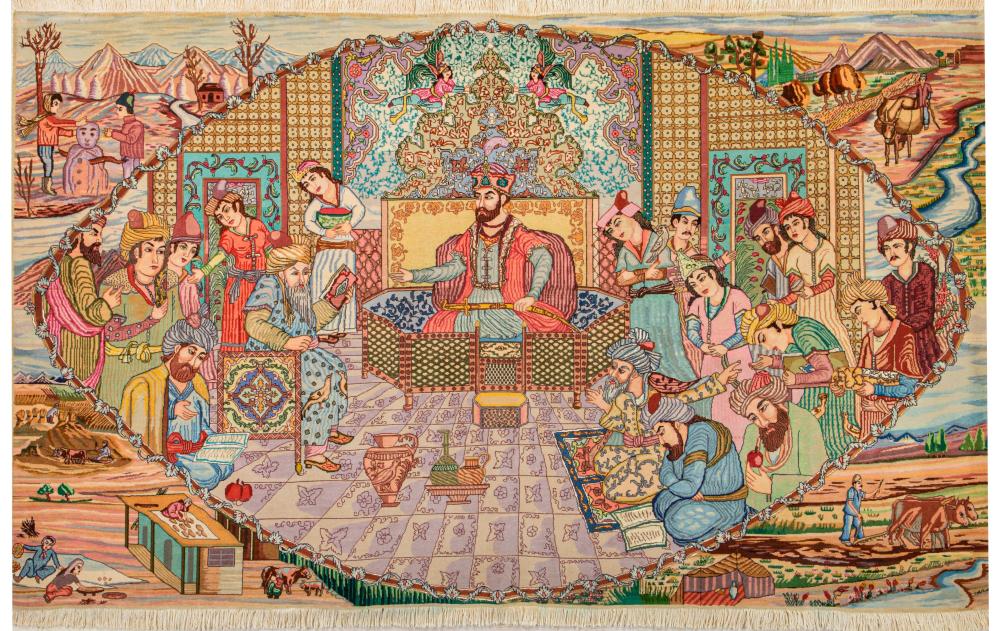 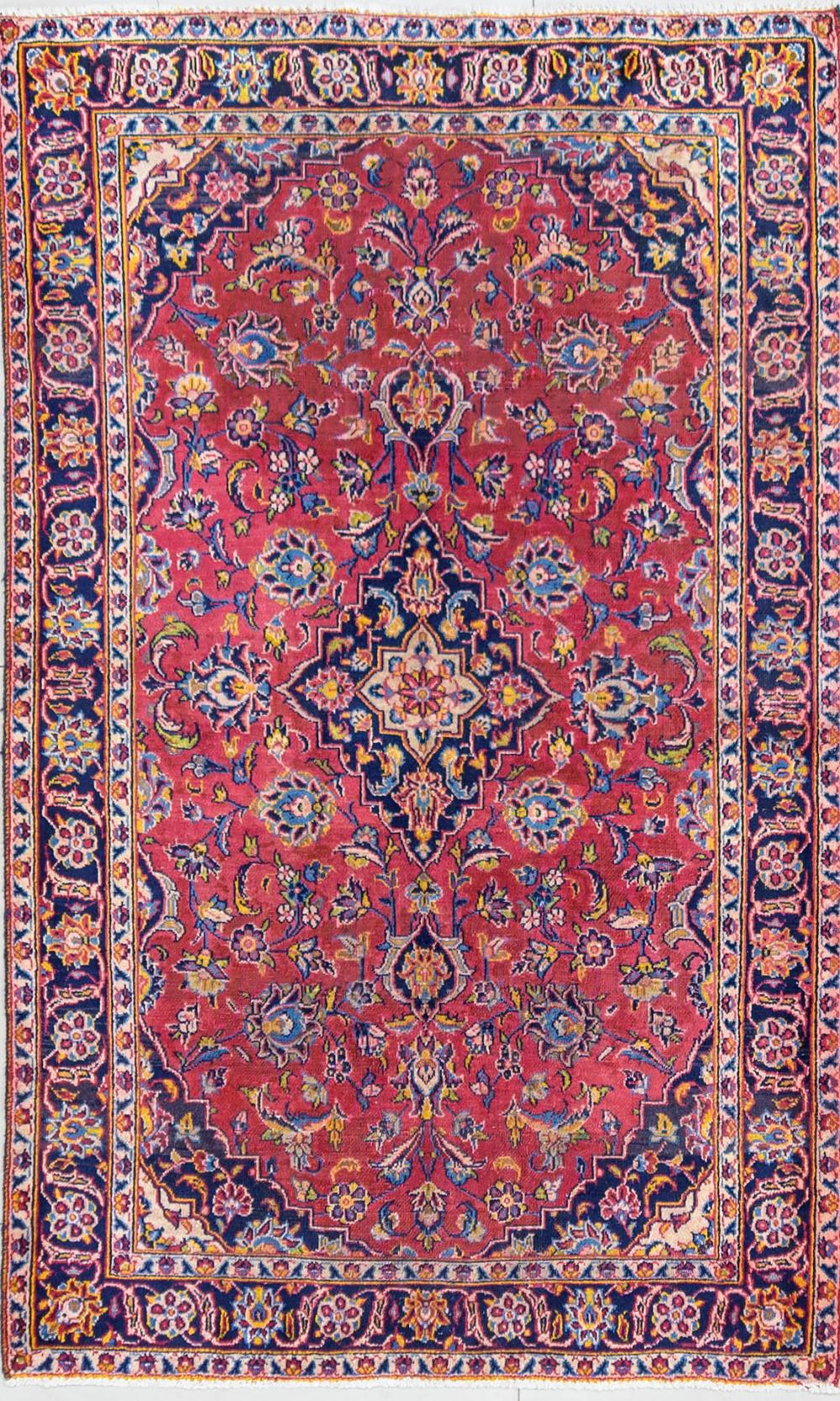 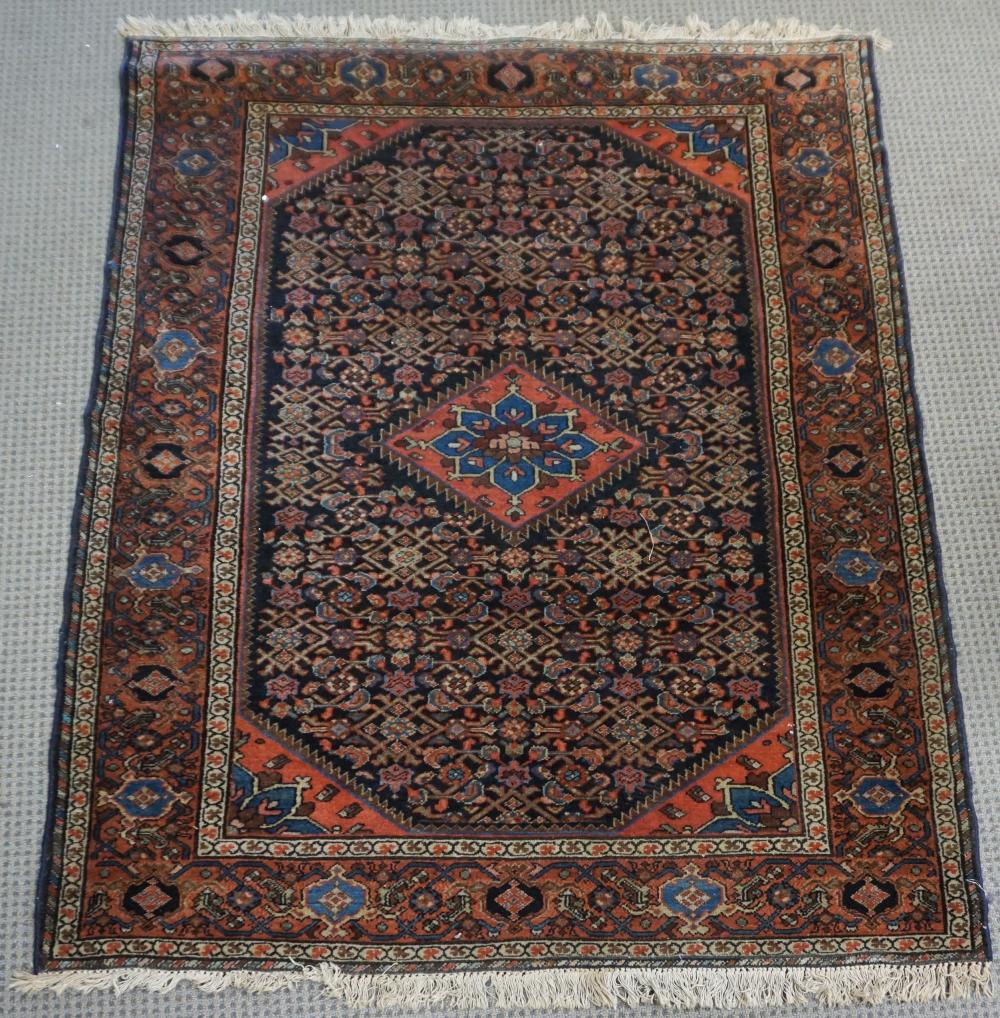 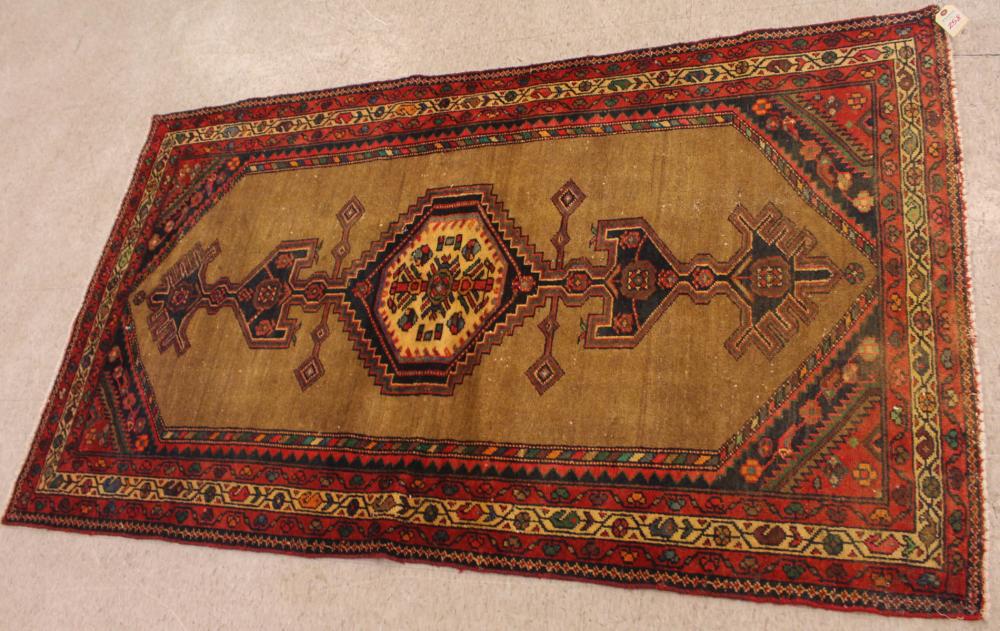 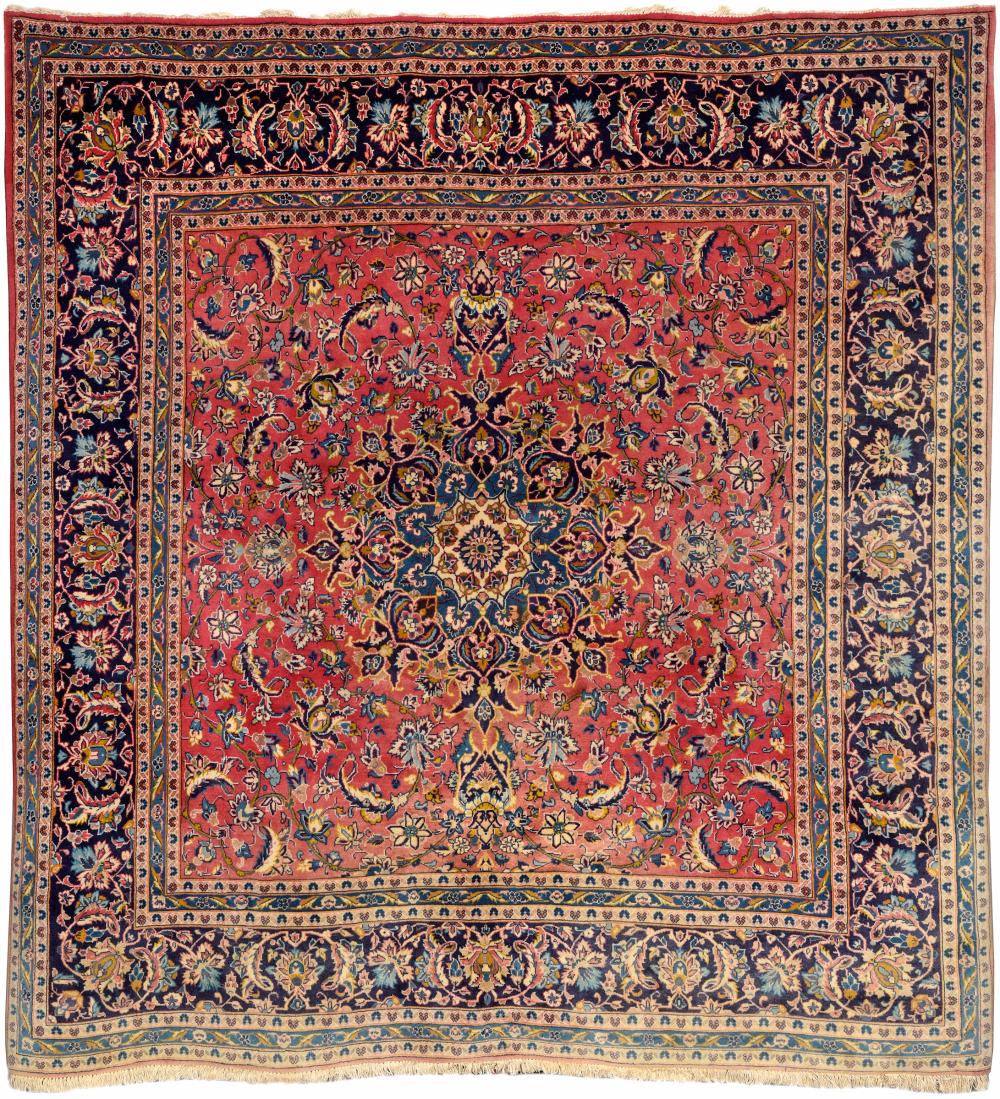