Like many toys throughout history, pull toys have roots in the ancient past. They have traces as early as 2000 B.C. in Egypt. These early examples were made of clay in the form of animals, boats, or simplistic wheels with open platforms.

Pull toys have played a large part in the history of toy making. Several regions of Germany were connected to trade routes where artisans set up shops, creating amazing Christmas villages, belsnickles, and of course, figural pull toys. From hide-covered horses to early papier-mache sheep, goats, and cows, pull toys were introduced into the homes and hands of many children throughout the world.

In the early stages of American industrialization, makers of the earliest and rarest tinplate pull toys known today popped up around the country. Large and small-scale animals and figures on rolling platforms were produced by Fallows, George Brown, Althof Bergmann.

At the same time tin plate became popular, so did cast-iron pull toys. Many cast-iron pull toys were elaborate and highly decorated with bells attached to create noise while pulling them. Some of the early pull toy makers including Ives and Gong Bell made mechanical pull toys that activated when pulled across a floor. Companies including Lego and Fisher Price began production of wooden pull toys as well. 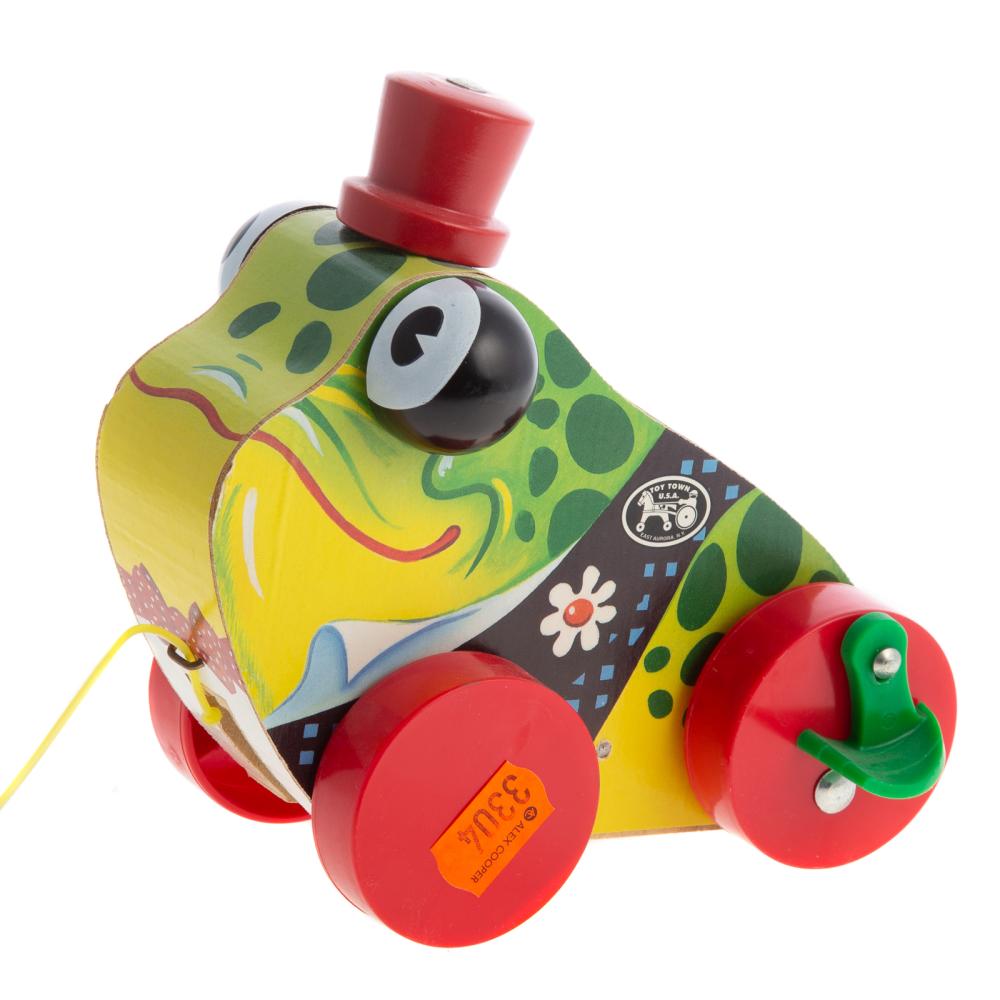 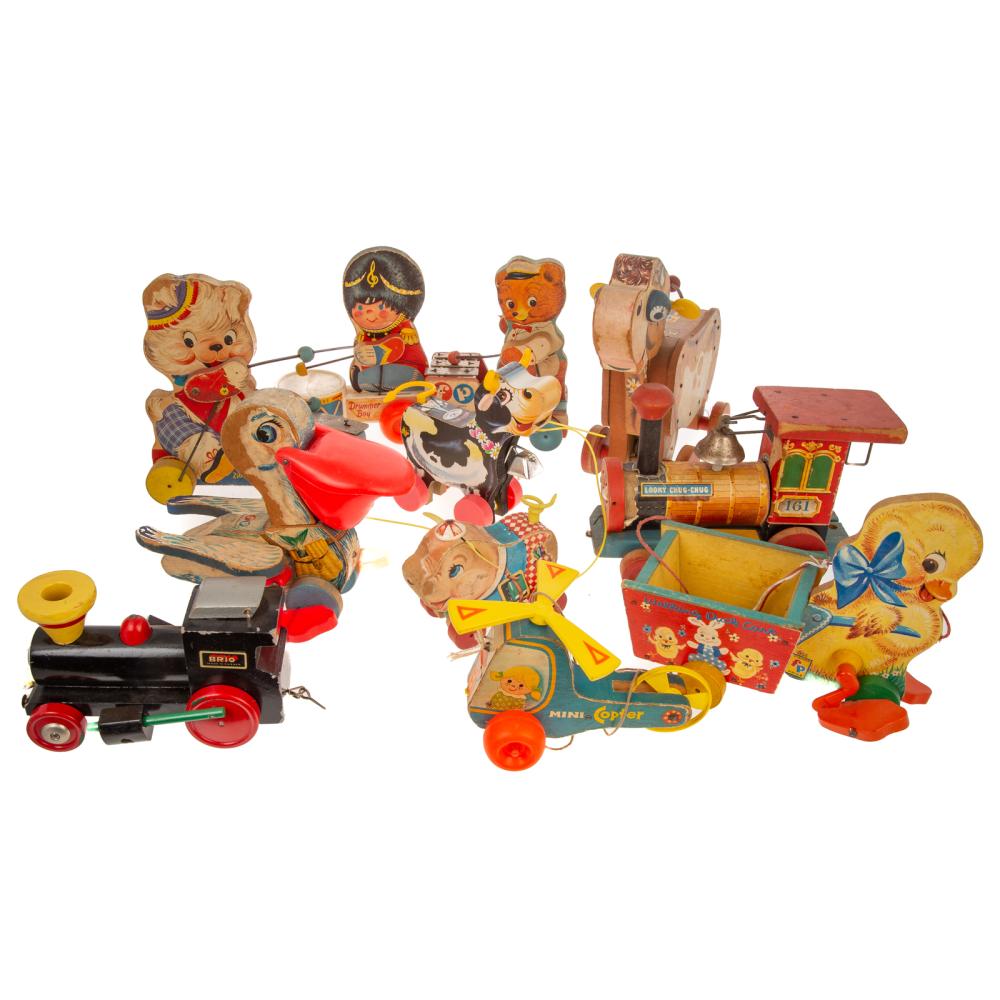 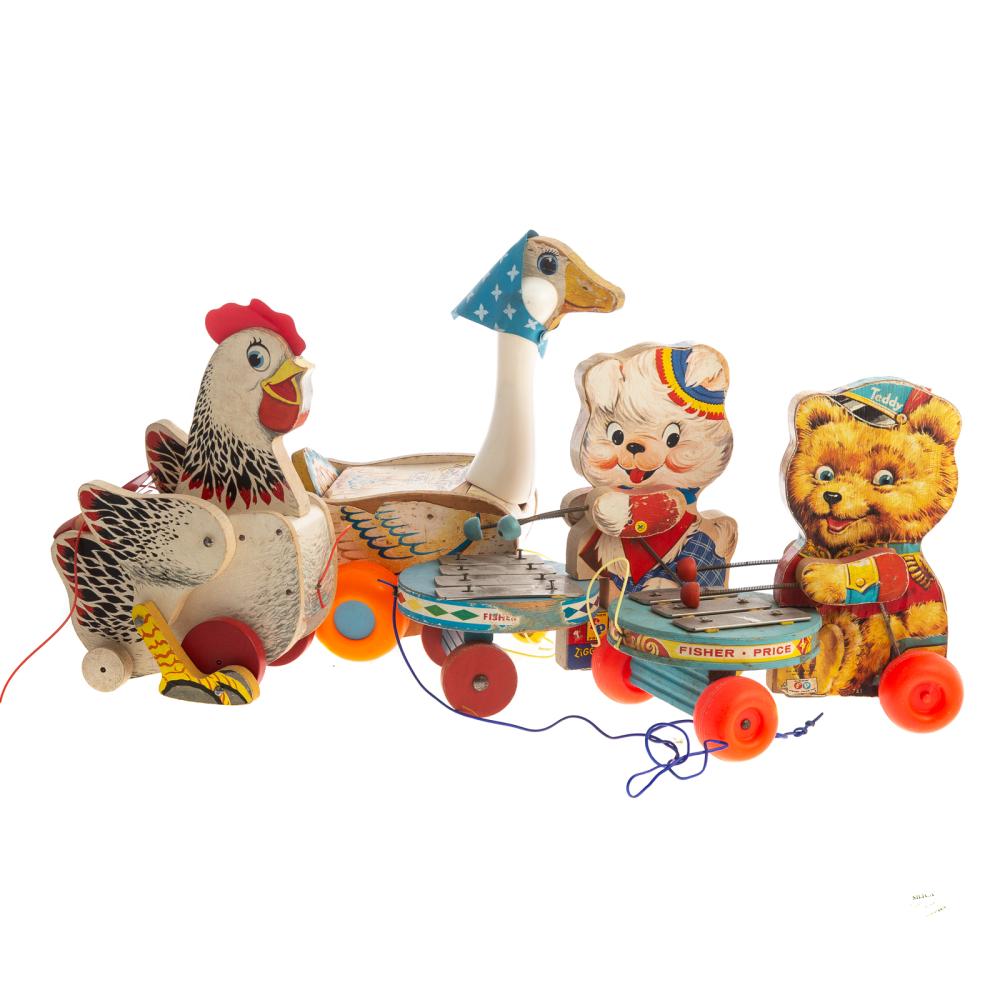 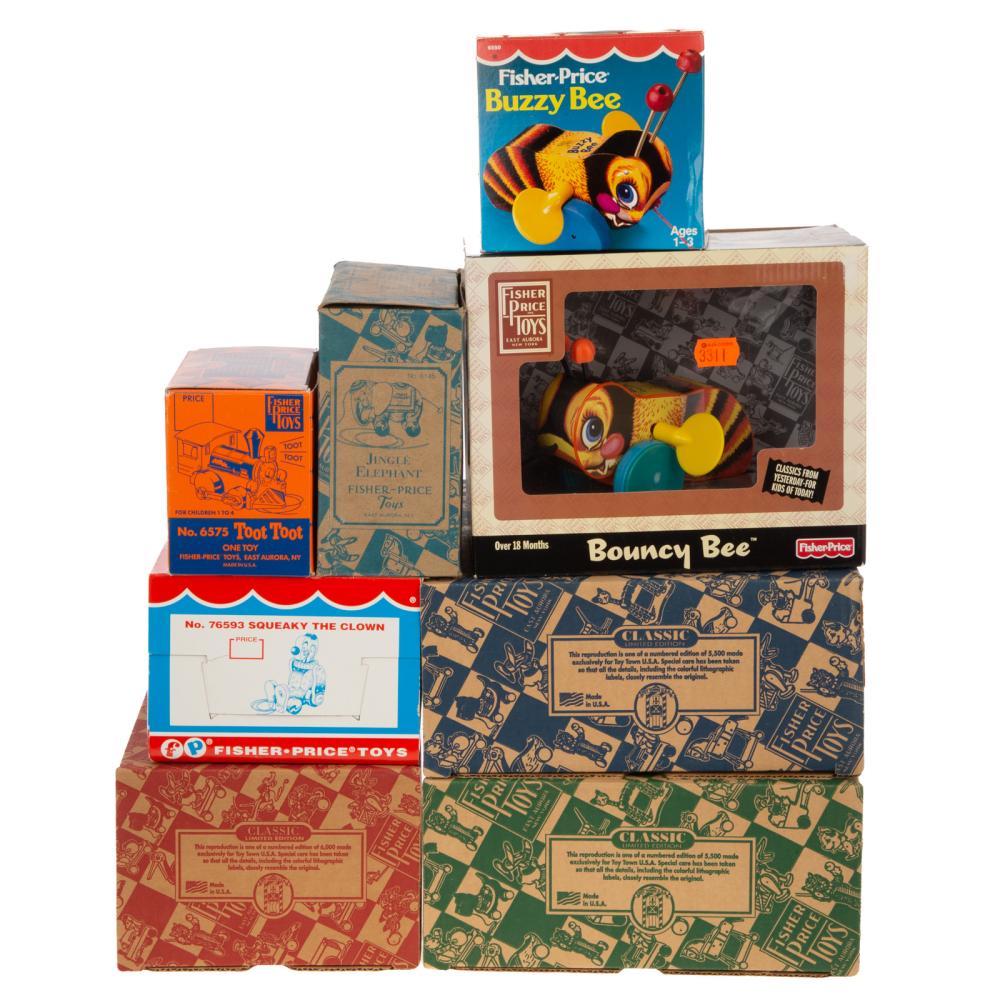 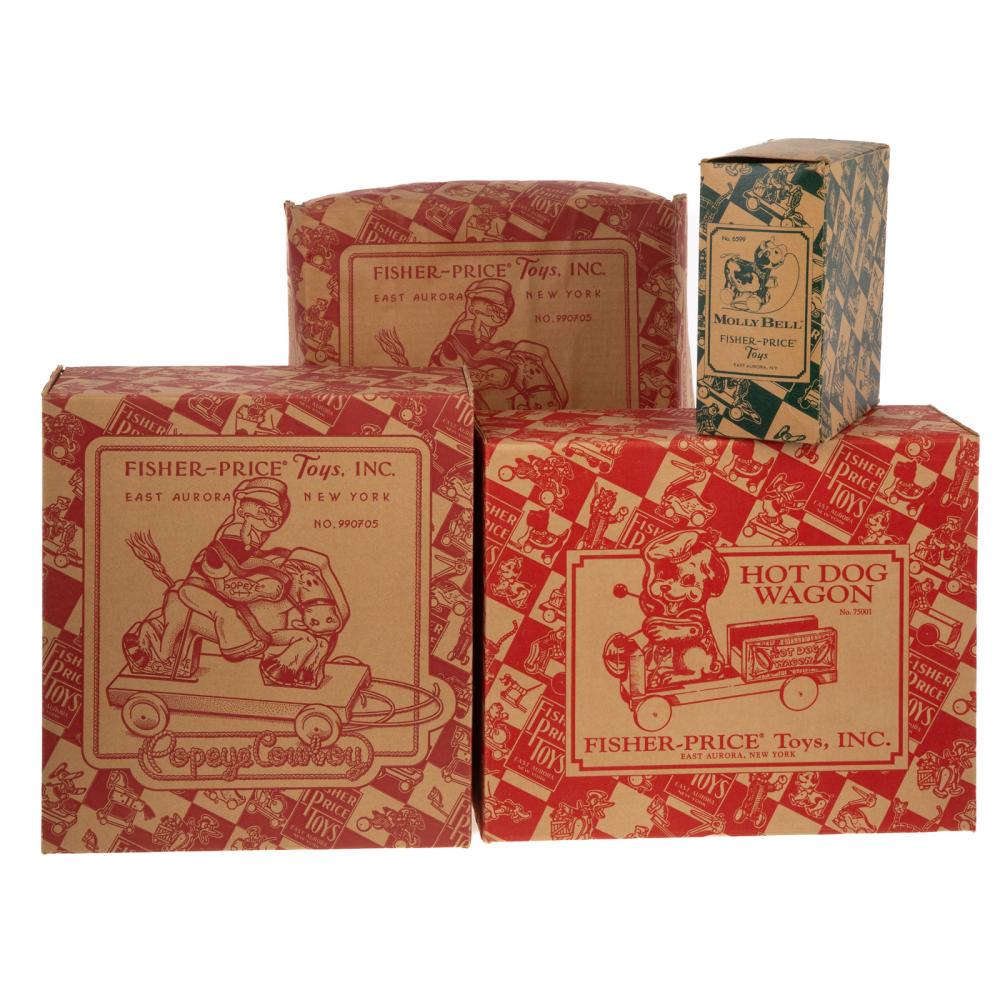 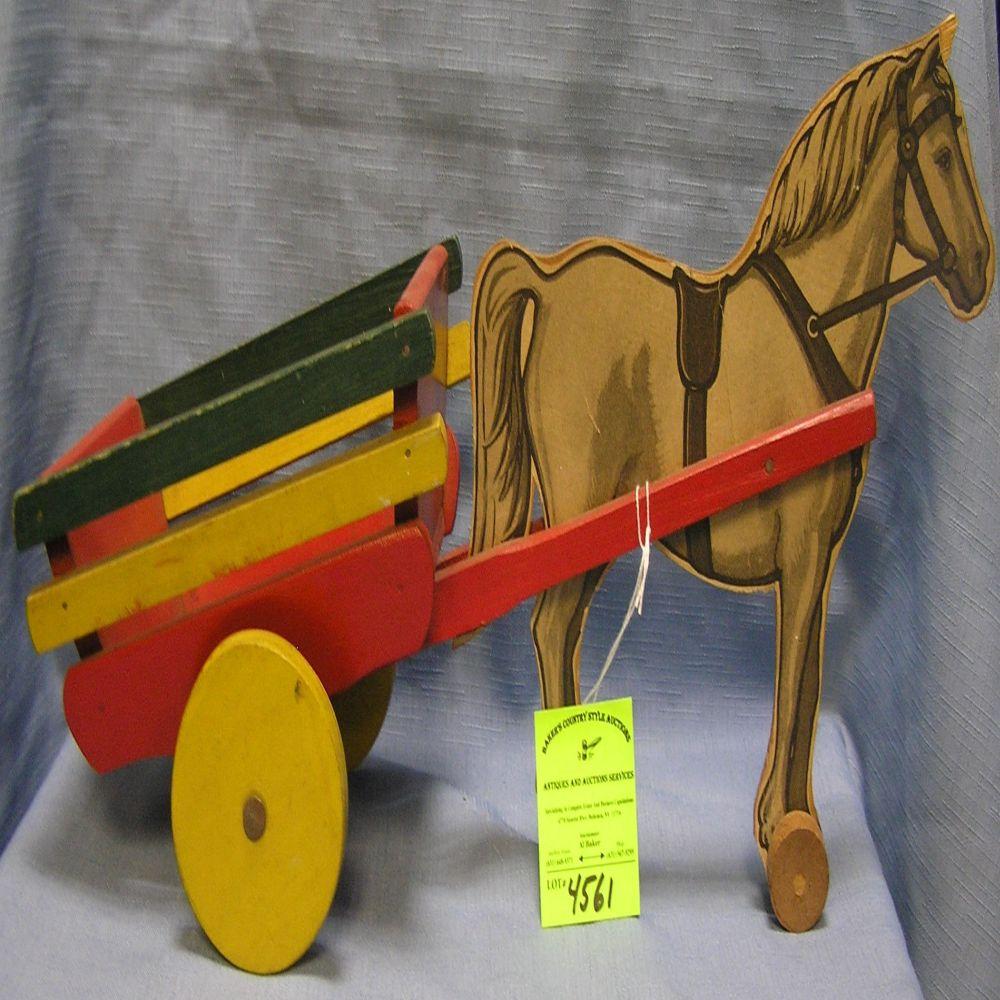 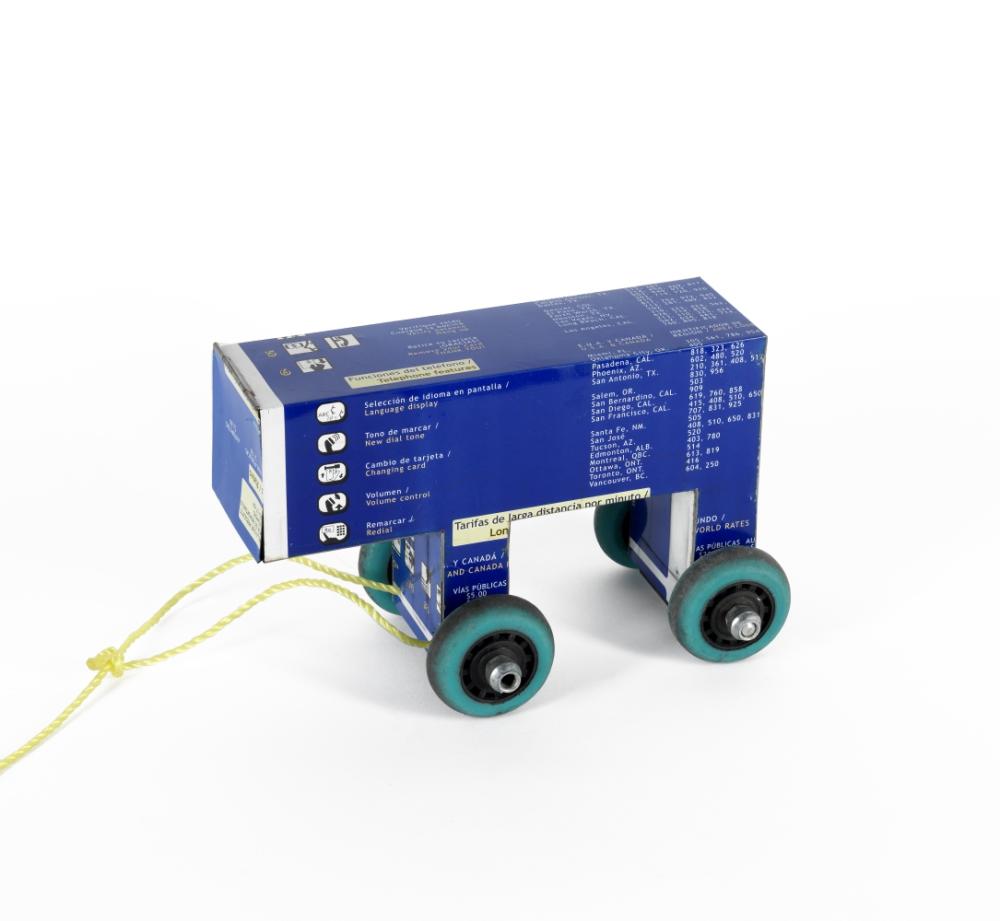 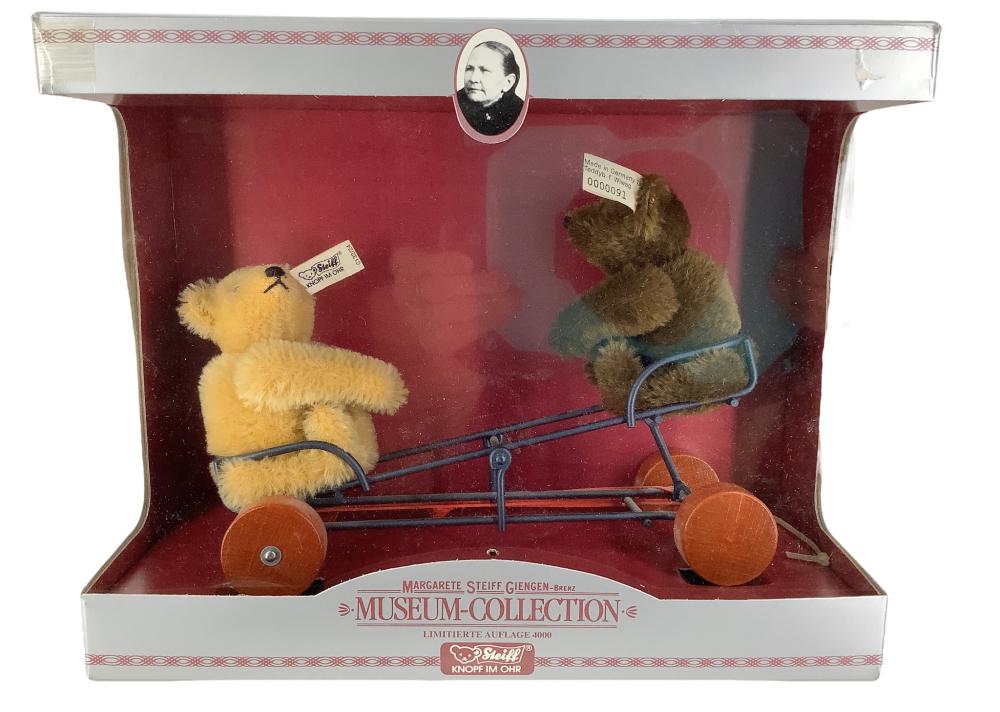 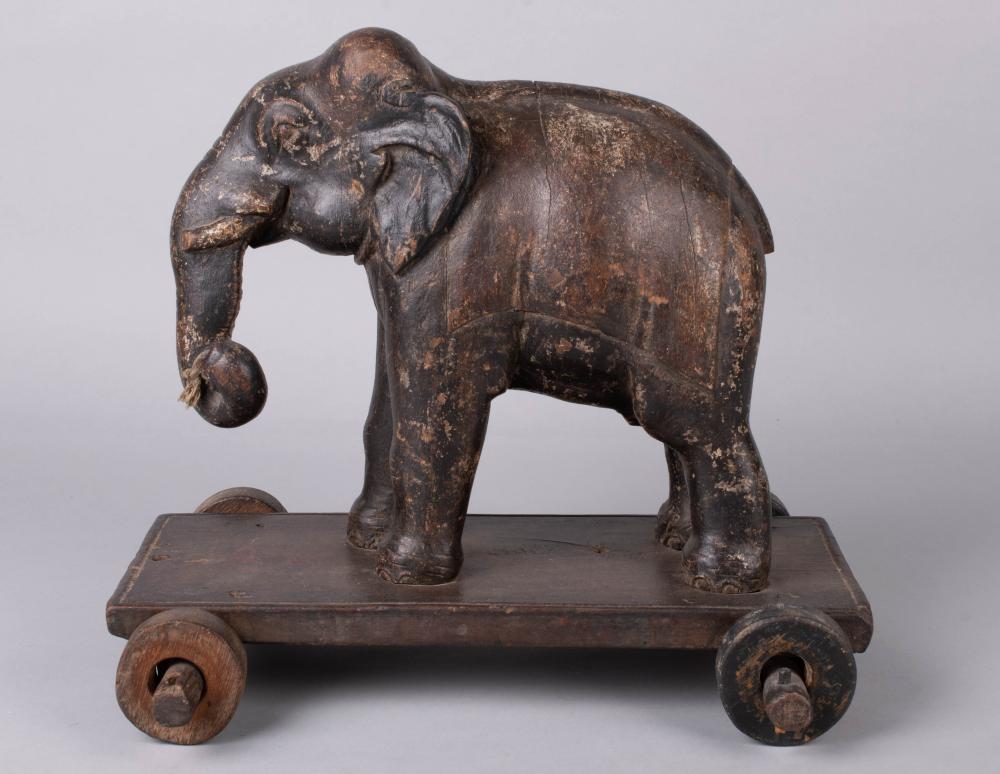 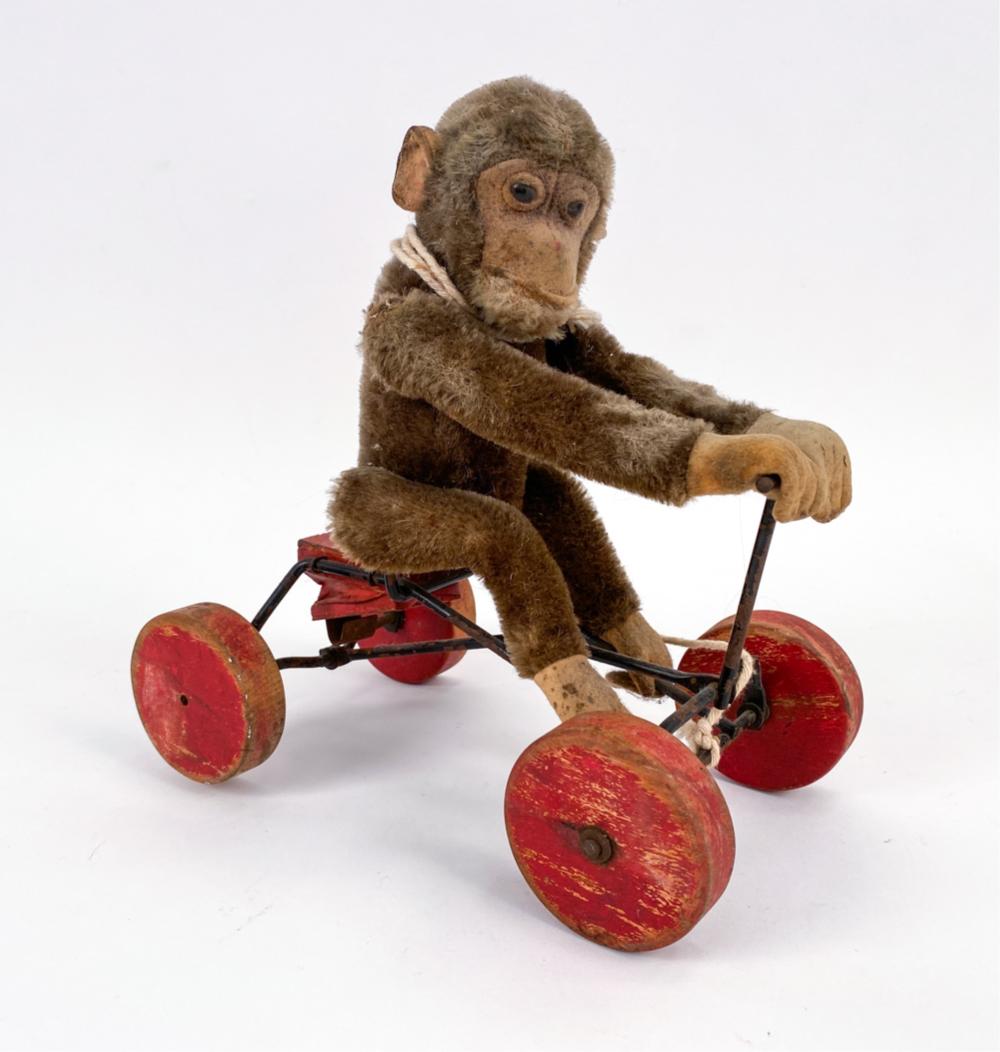 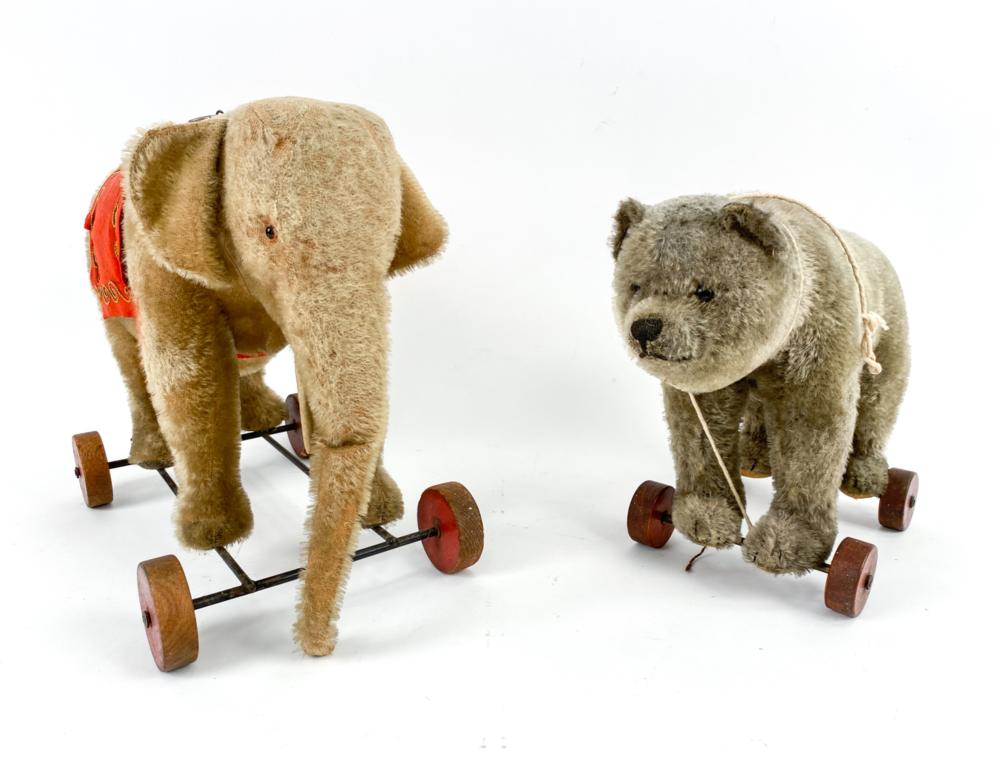