In 1854, abolitionists began to meet to discuss ways to fight the Kansas-Nebraska Act of 1854, which allowed United States territories to determine whether or not they would allow slavery. At one such meeting, in a schoolhouse in Ripon, Wisconsin, the Republican Party was formed. The first Republican to win the presidency was Abraham Lincoln in 1860. Since Lincoln's term, 18 of the 28 presidents have been Republicans.

The Republican Party began using campaign advertising items during the 1856 presidential campaign, including flyers, newspaper editions, ribbons, banners, flags, and other items. One campaign item from this era was the campaign ferrotype button. The buttons had a ferrotype tin photograph in the center and writing or designs embossed around the surround. A hole was punched in the center top so that the button could be worn on a lanyard.

Republicans also began using celluloid campaign buttons during the 1896 election. These buttons have been the primary item used in political campaigns ever since. However, campaign buttons are becoming a rare item as politicians choose to invest their money in television and Internet campaigns rather than souvenirs. 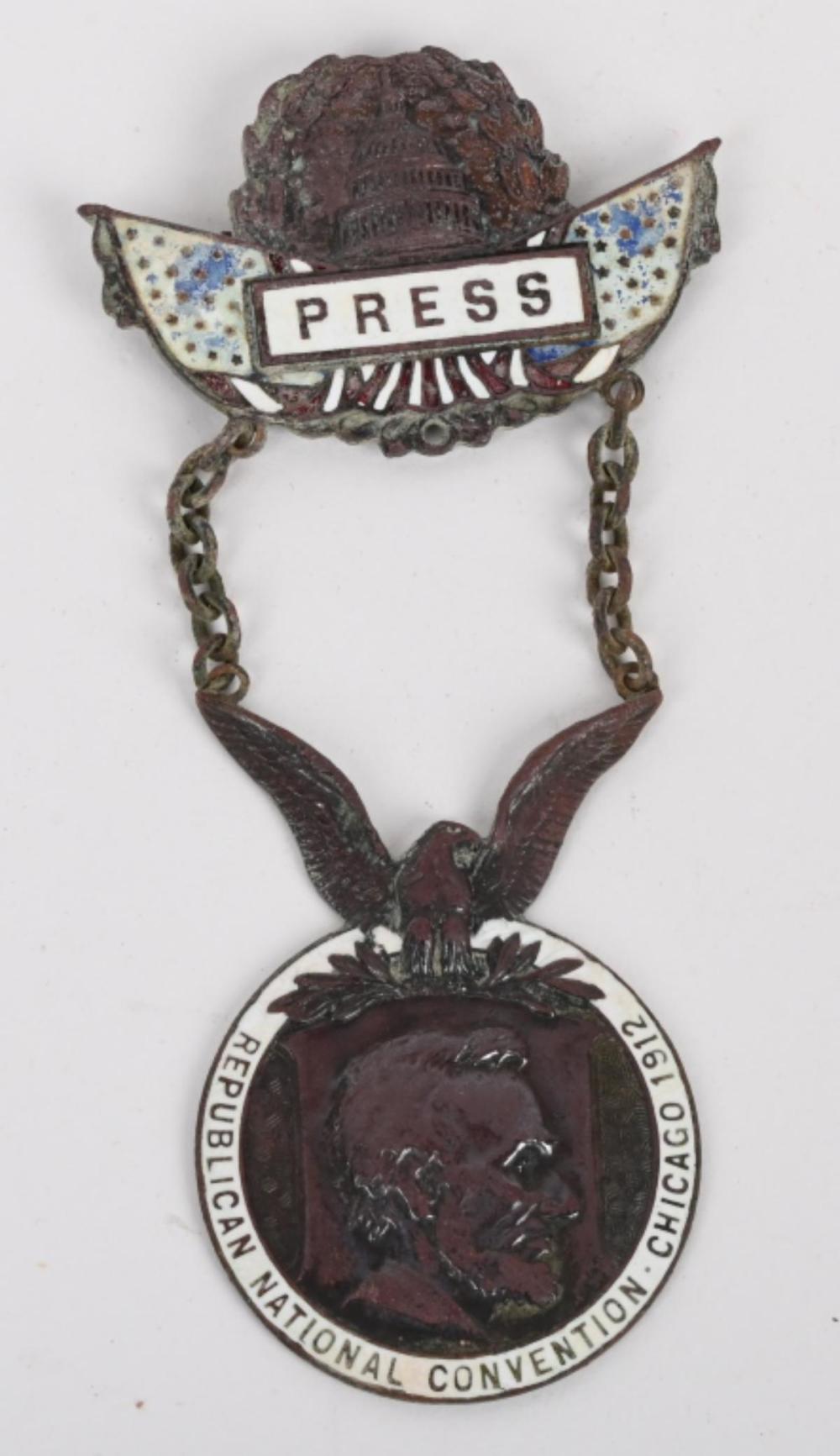 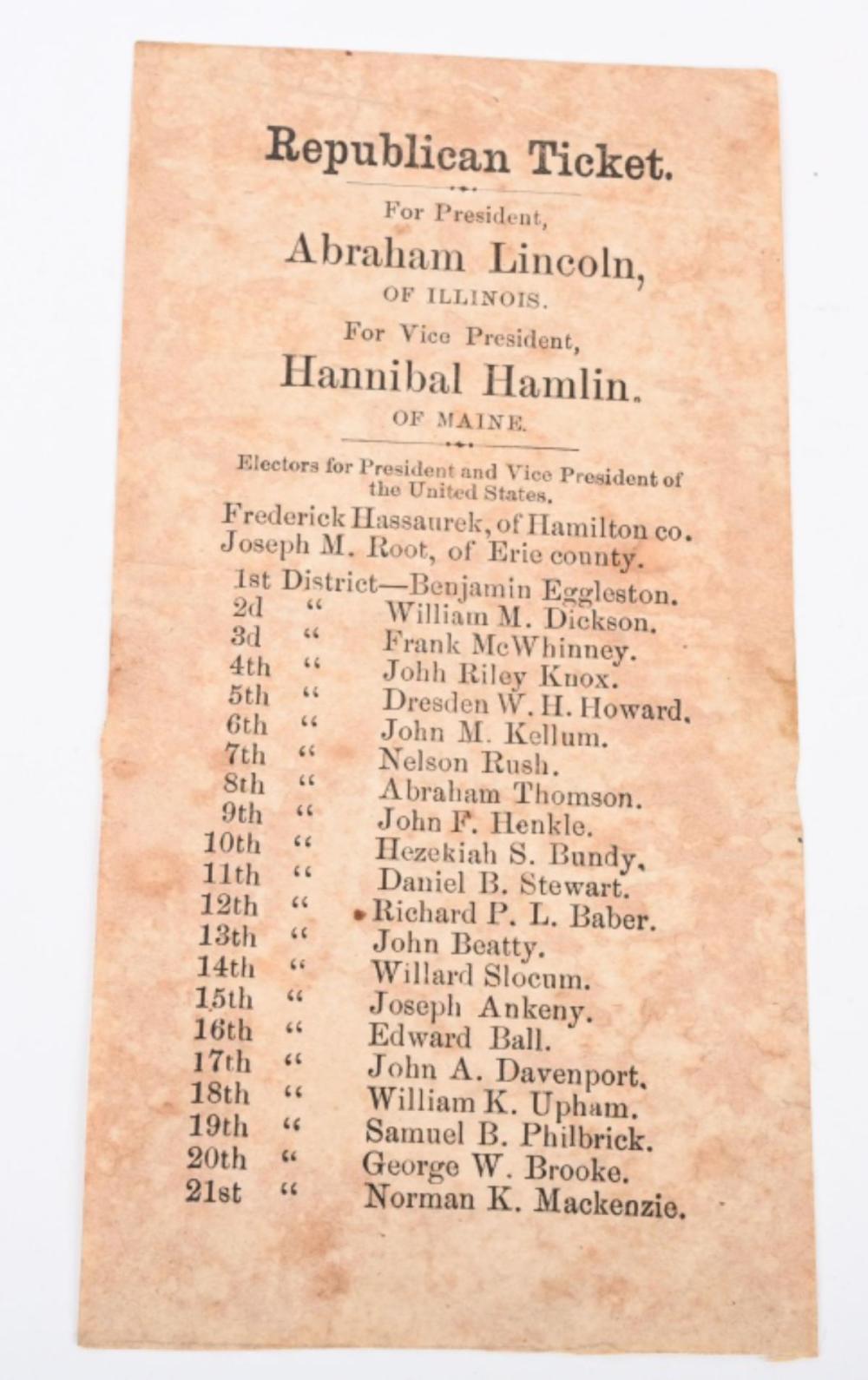