One of the most outstanding 20th-century producers of Parisian opalescent art glass, Sabino celebrated the brilliant designs of the Art Deco age. The beauty of their pieces, combined with their relatively short production duration, has positioned Sabino as one of the most in-demand antique glassmakers available on the market today.

Sabino began in the mid-'20s when Italian artist Marius-Ernest Sabino started experimenting with new glassmaking formulas. Having studied at Paris' most prestigious art schools, Sabino set out to create his own studio around 1925 that specialized in opalescent glass. His experimentation proved productive, so much so that his designs achieved almost immediate acclaim.

His designs, which ranged from small tablewares, such as decorative knife rests, to larger decorative art glass pieces, like vases and lamps, all shared a remarkably brilliant opalescent luminosity alongside Art Deco motifs. These clean patterns and geometric sensibilities were accentuated by the milky luster of Sabino glass, creating an unmistakable and unmatched beauty. Sabino enjoyed record sales throughout the '30s, but production stalled during World War II. Founder Sabino died in 1961, and although the company continued to produce smaller figurines and objects, the brilliance of the brand dimmed along with Sabino himself. 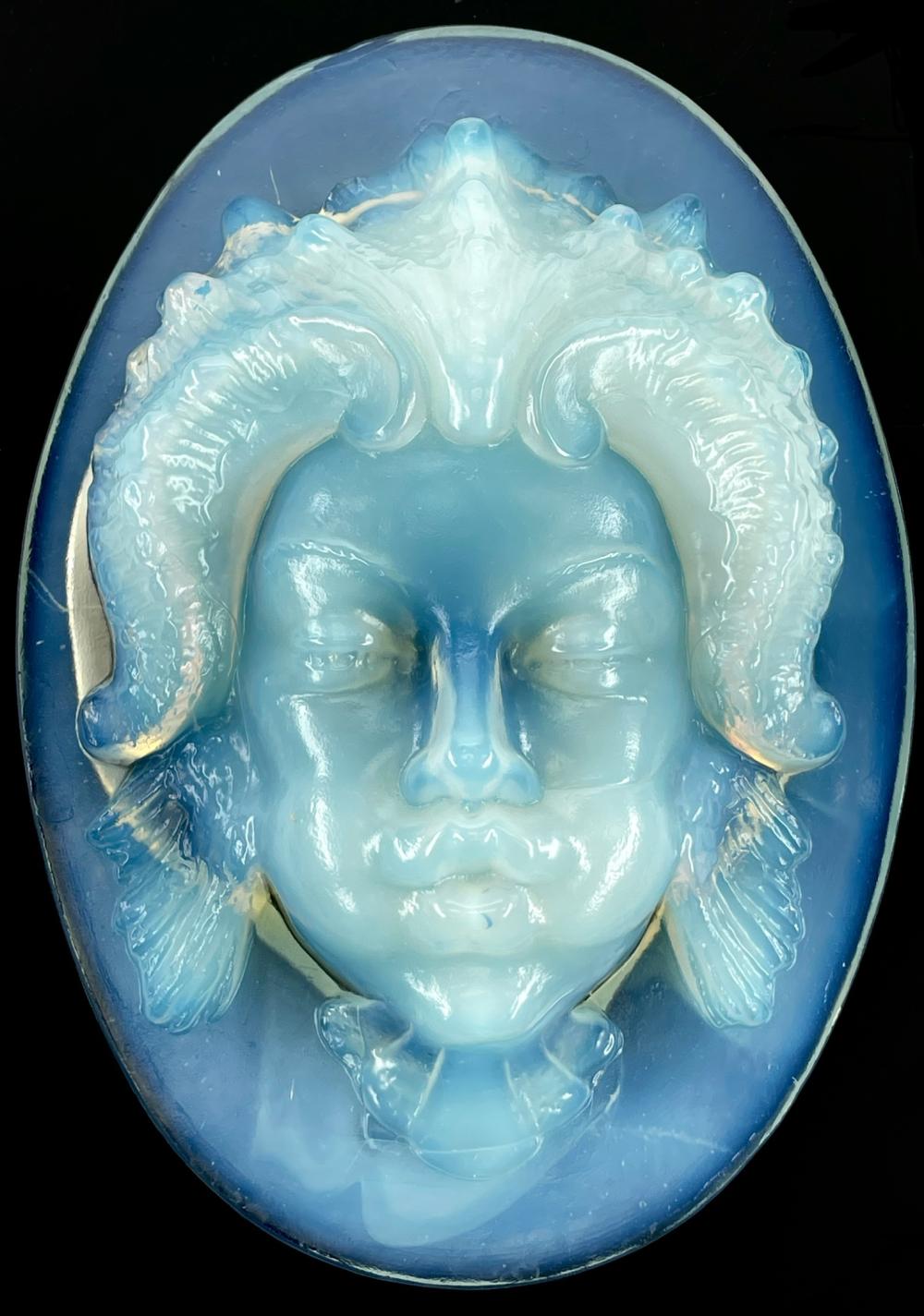 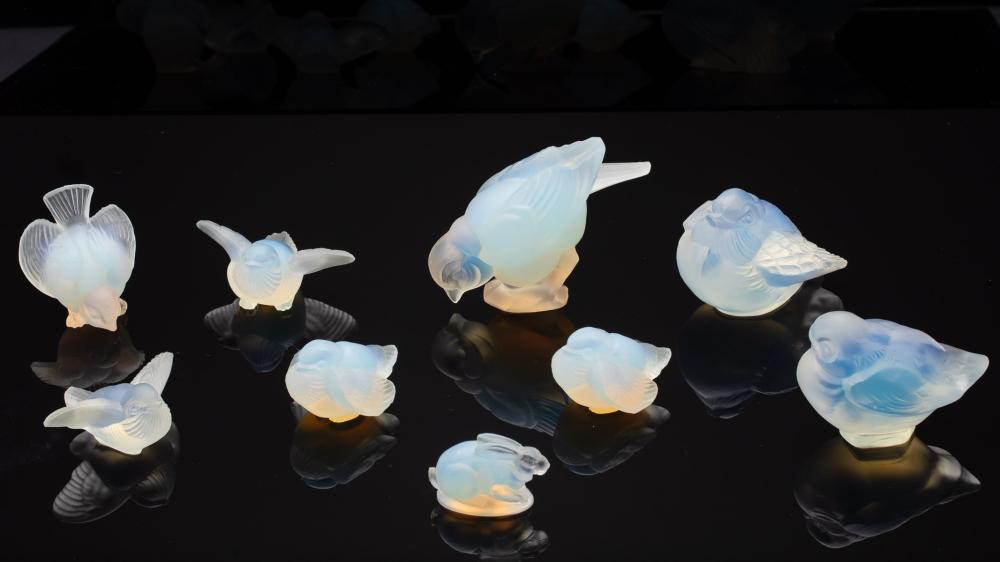 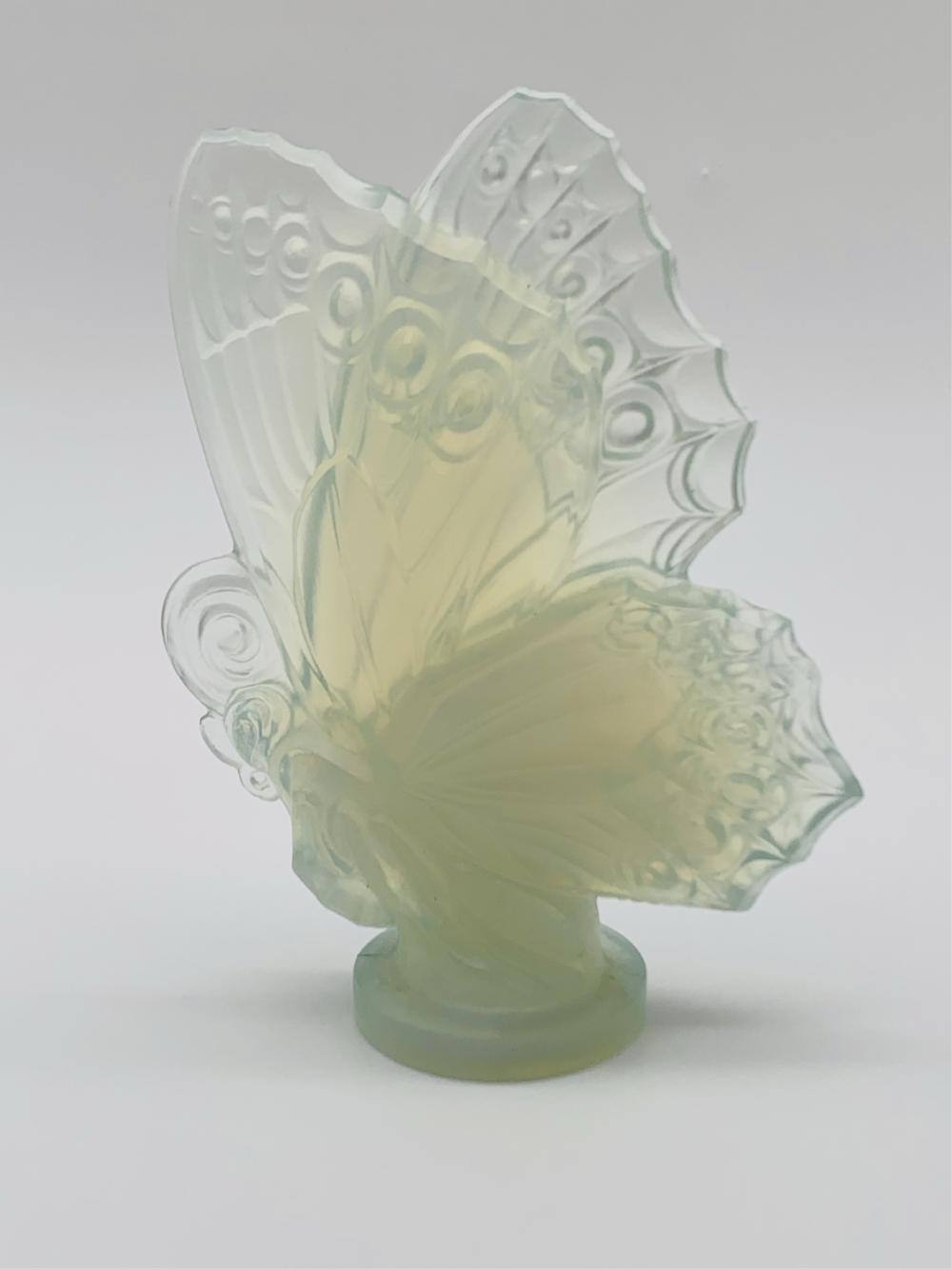