Stereoviews, also known as stereographs, were novelty images that became popular in 1860 through the early 1920s. Consisting of two images side by side, either on glass or pasted onto a sturdy card, stereoviews were meant to be observed through a special viewer, called a stereoscope, that created the effect of a three dimensional image.

The stereoscope was invented in 1833, predating the photograph. Inexpensive stereoviews images were first drawings, and sometimes reproduced by lithography. After the development of photography, daguerreotypes, tintypes, and ambrotypes were all used in stereoscopes. As improvements in paper and cameras developed throughout the 19th century, higher quality images were those printed from the negative on silver gelatin paper.

Stereographs were typically not meant as a high art form, or as a serious documentary vehicle, but were mostly for the purpose of entertainment. Stereoscopes and a collection of images would be passed around at social gatherings. Popular images of famous people and places were produced as tourist keepsakes, though some well-respected photographers had their images printed as stereographs. Stereoviews are often seen as an advancement towards the development of the motion picture. 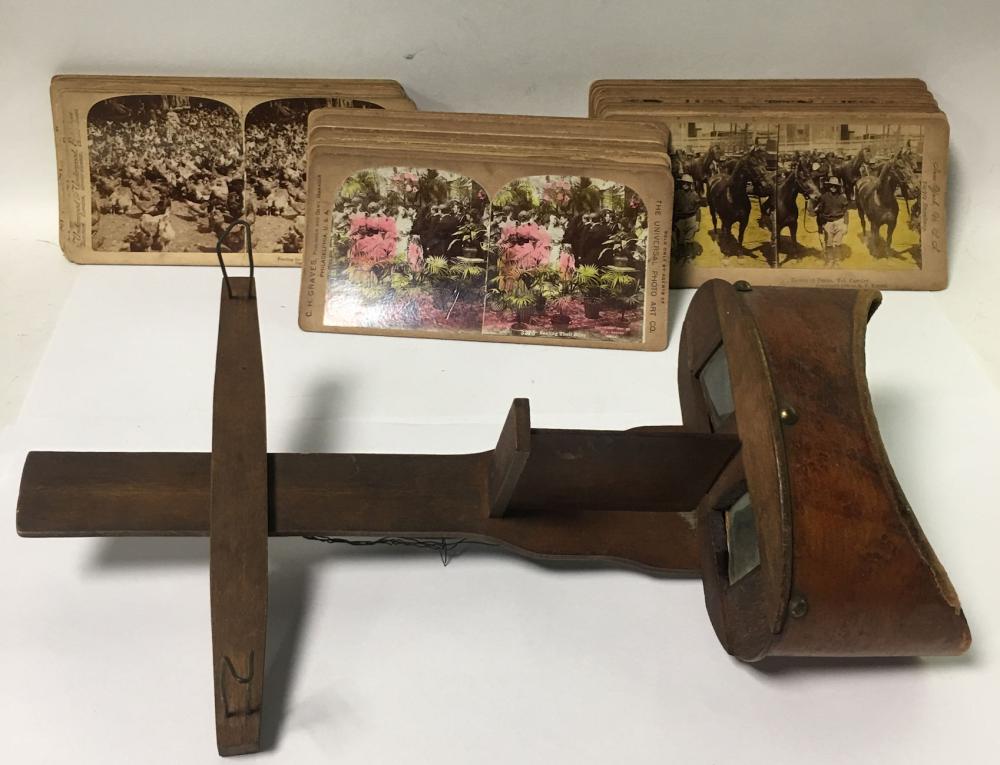 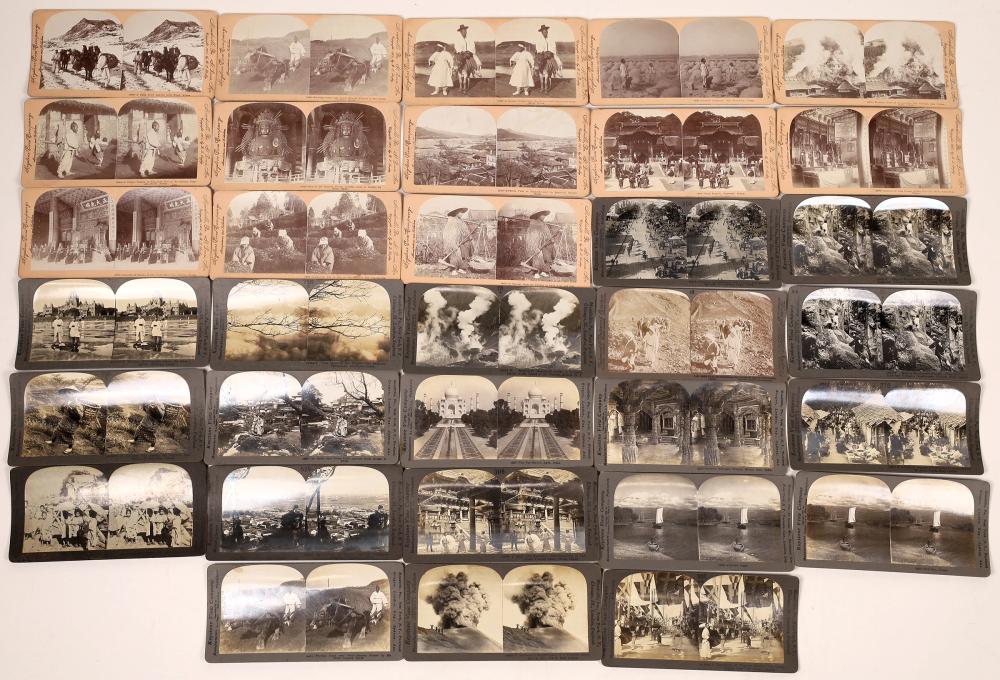 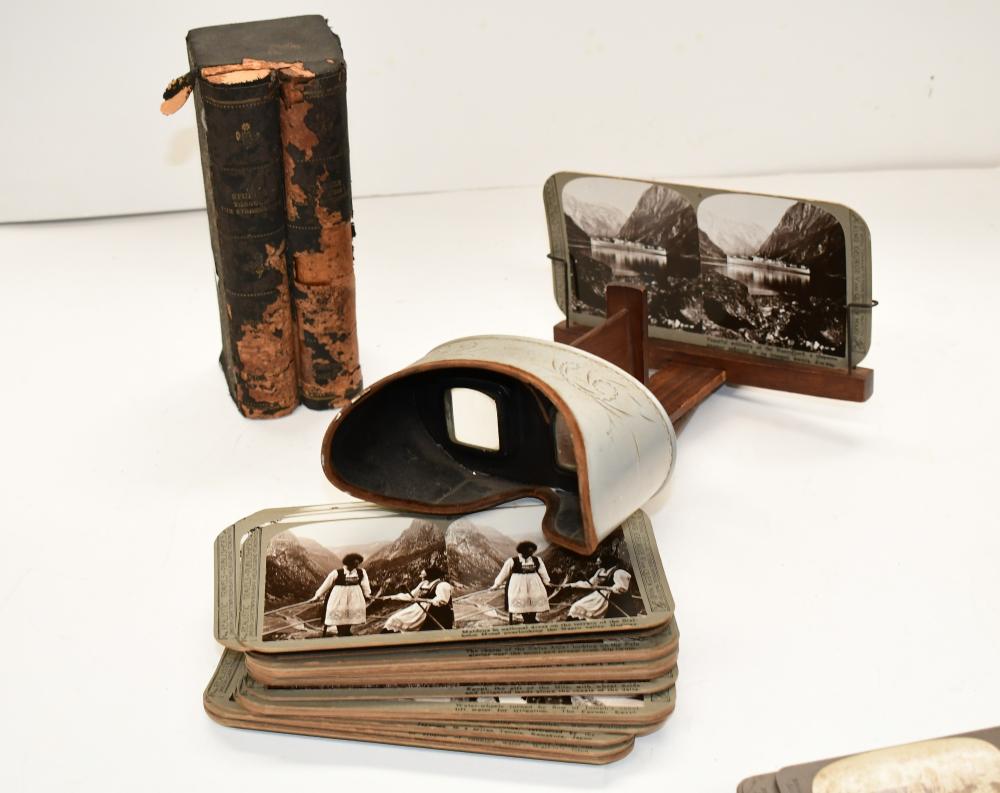 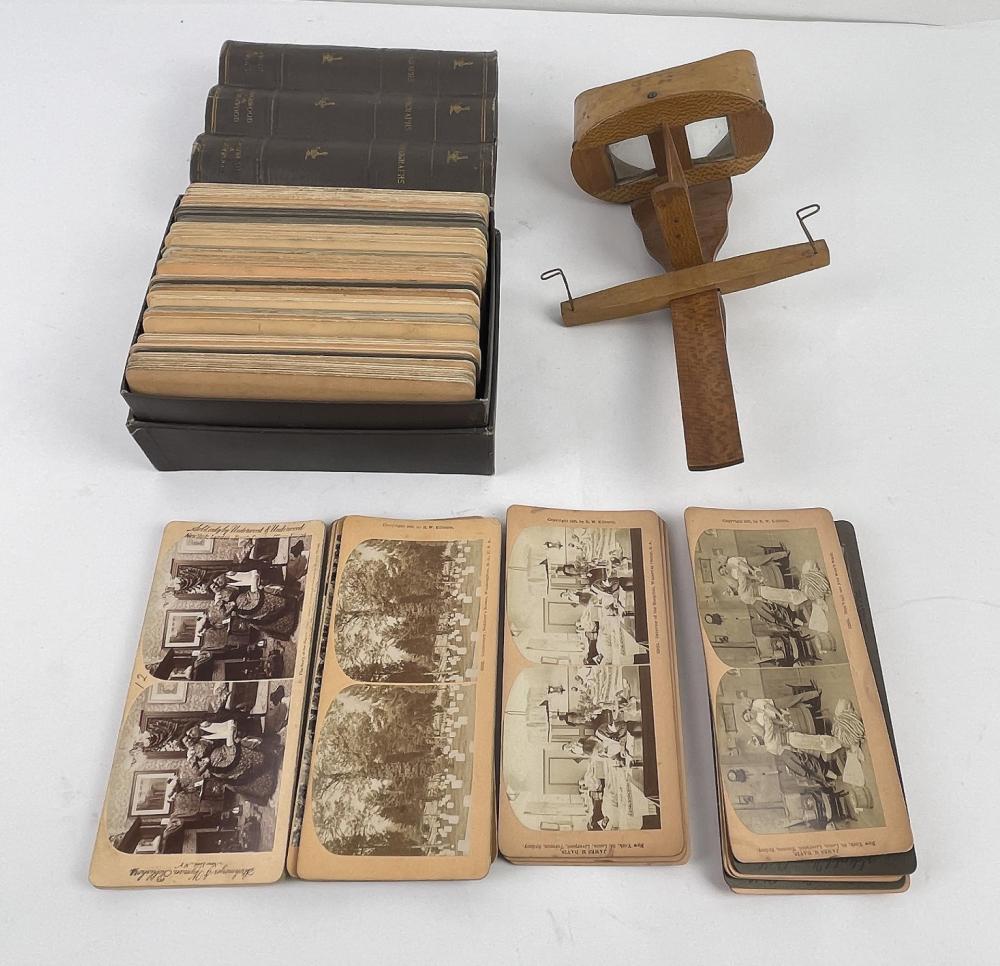 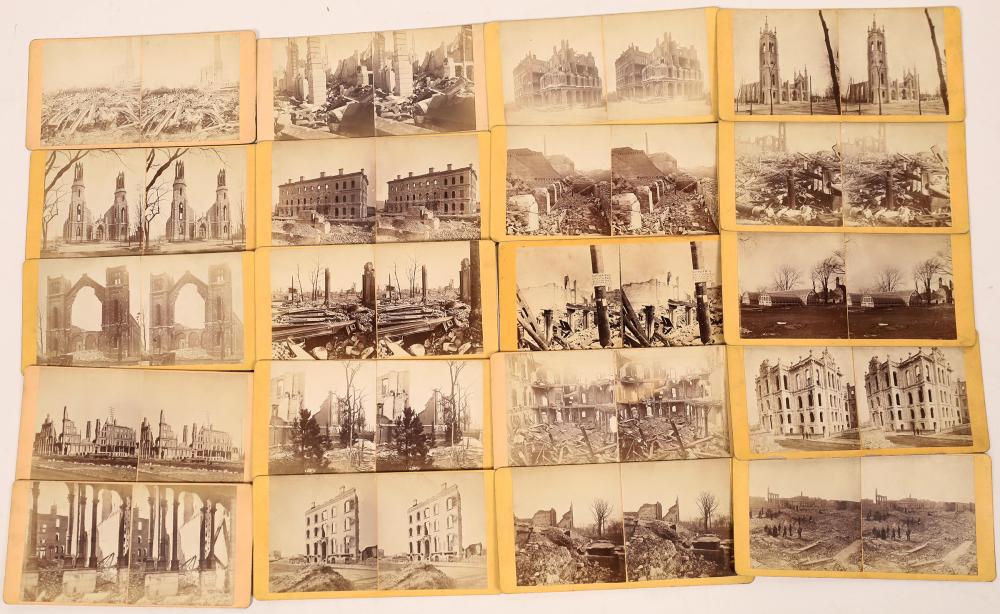 [STEREOVIEWS]. PAIR OF STEREOVIEWERS WITH A LARGE GROUP OF ... 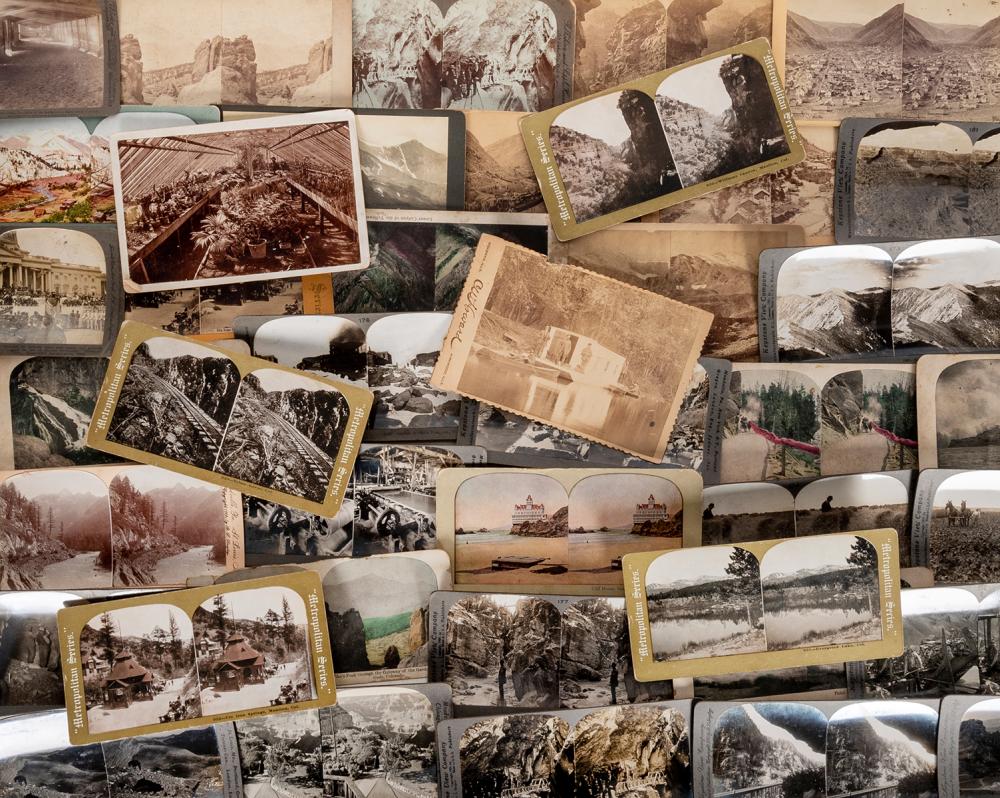 LOT OF OVER 100 STEREOVIEWS OF COLORADO AND OTHER LOCATIONS... 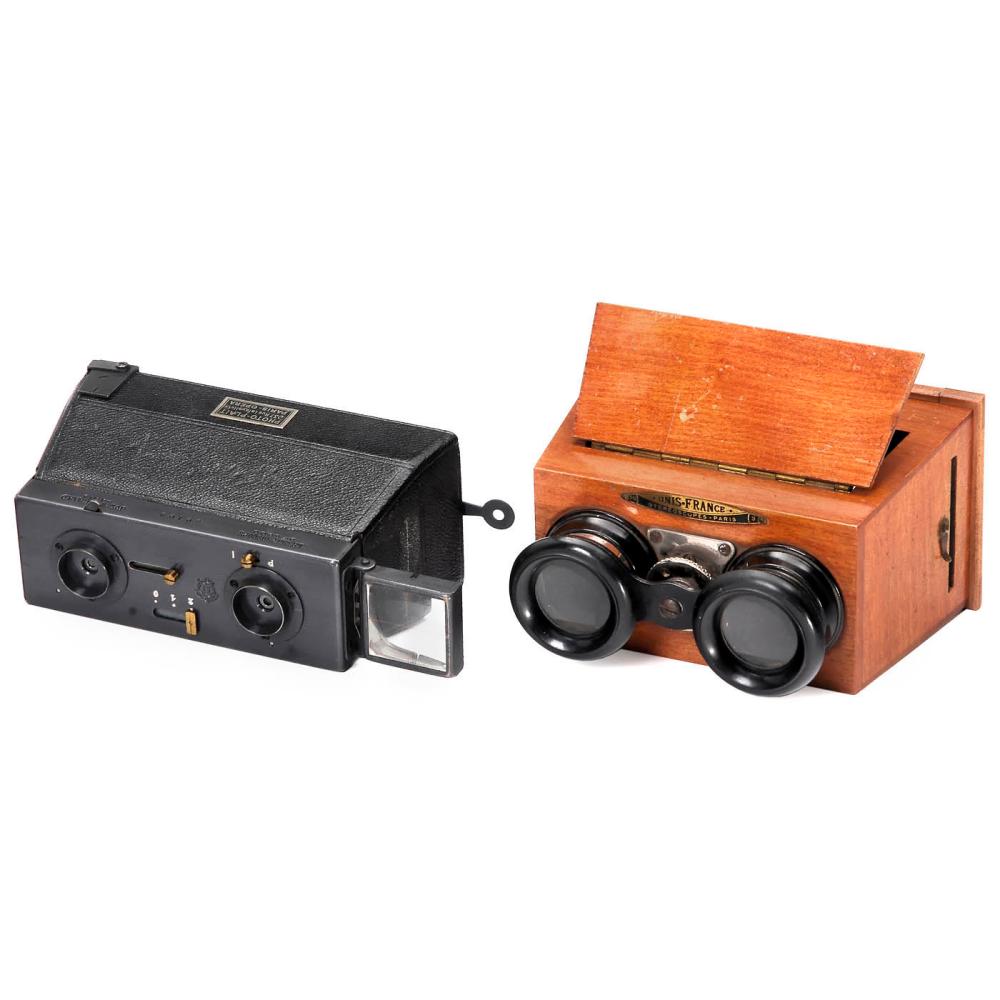 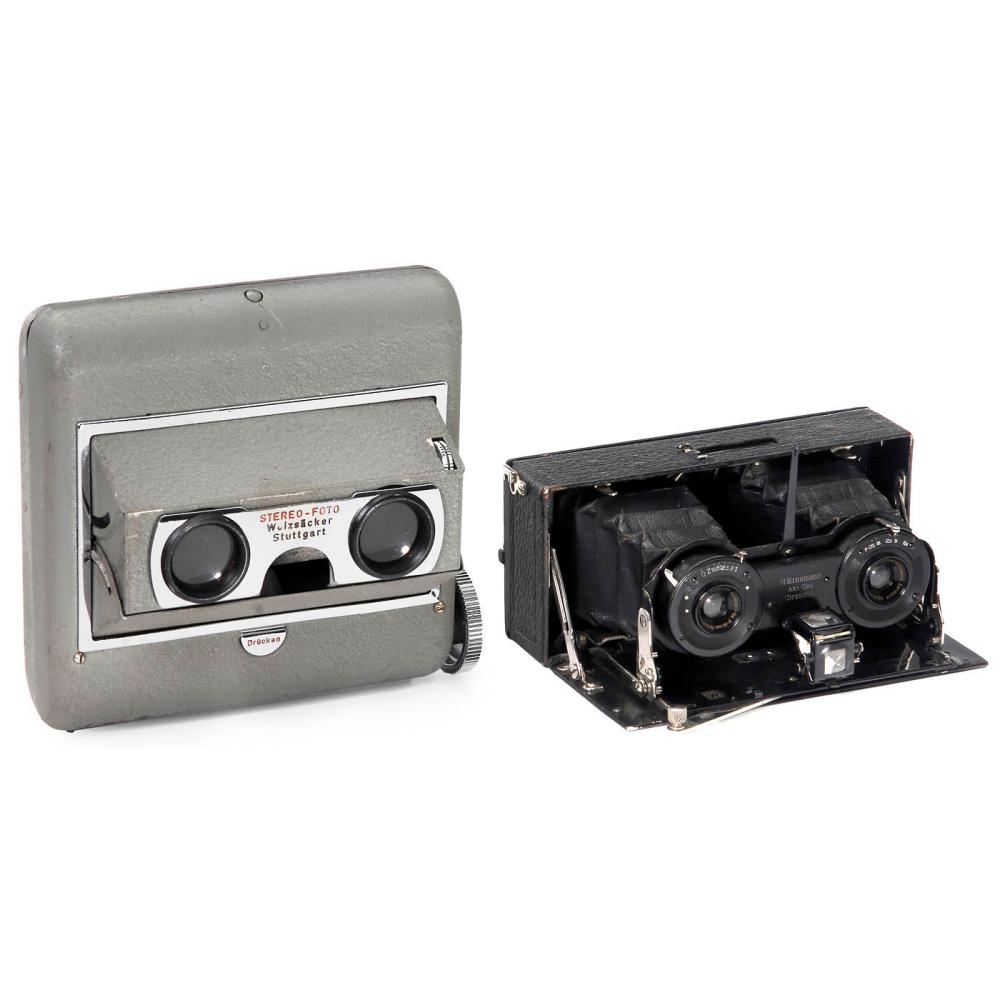 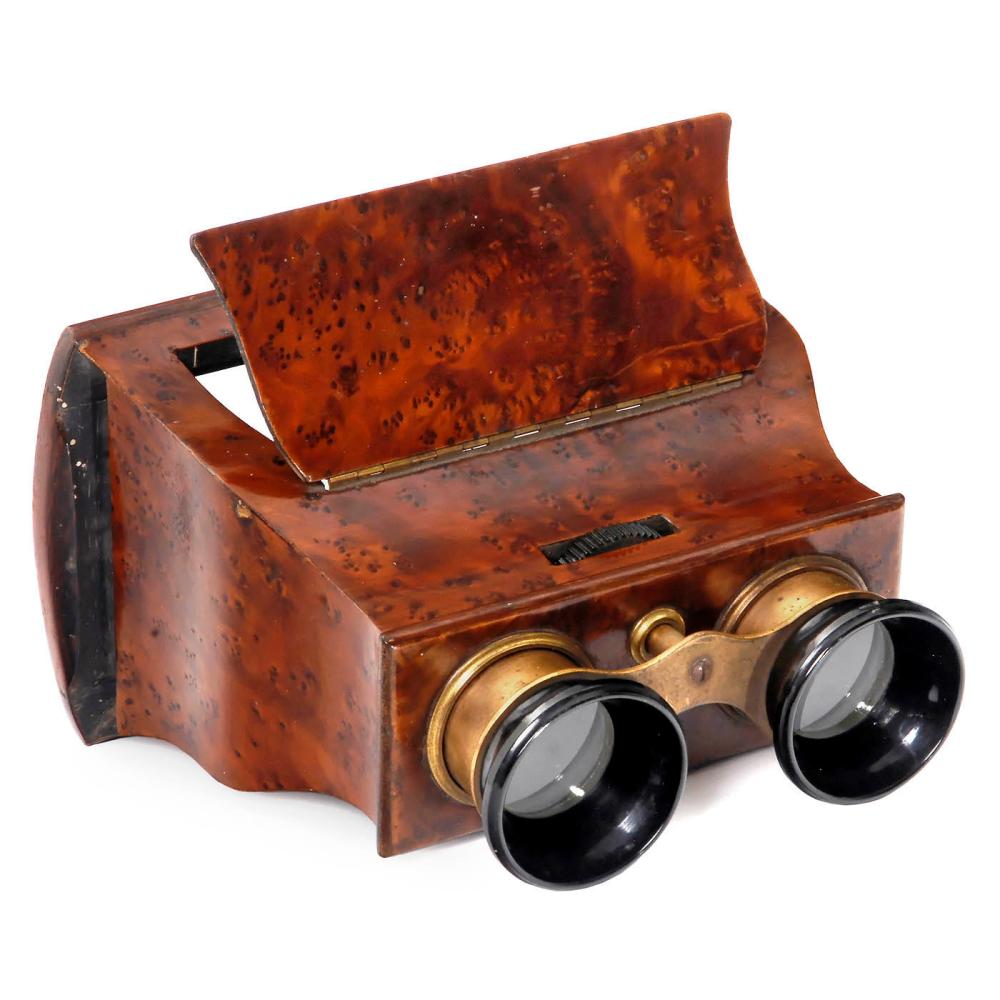 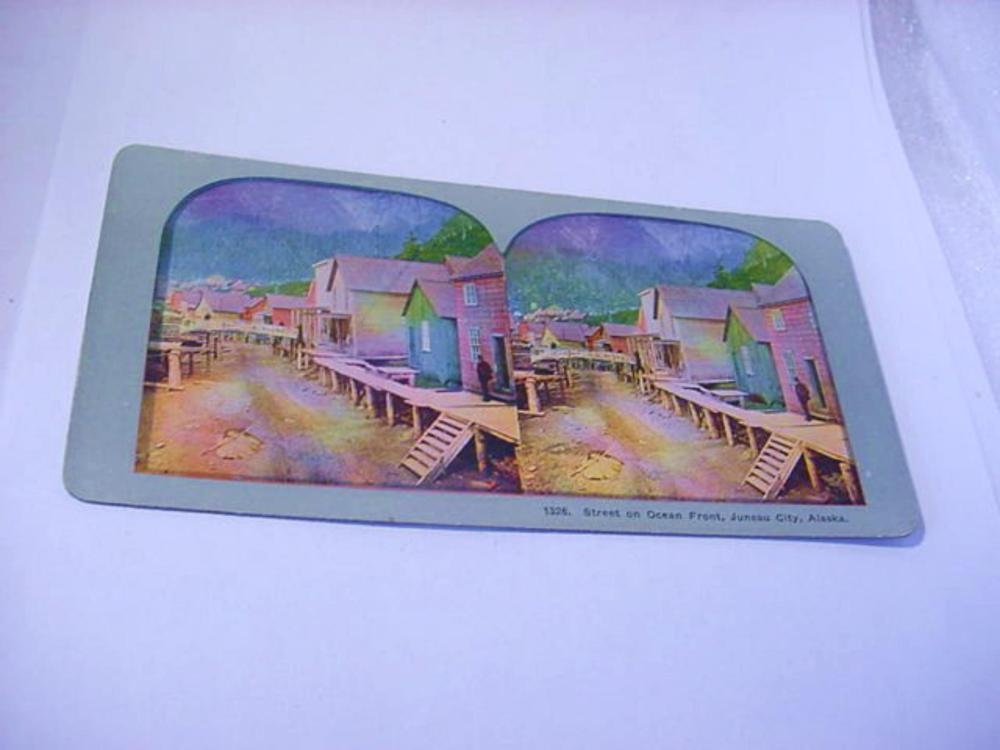 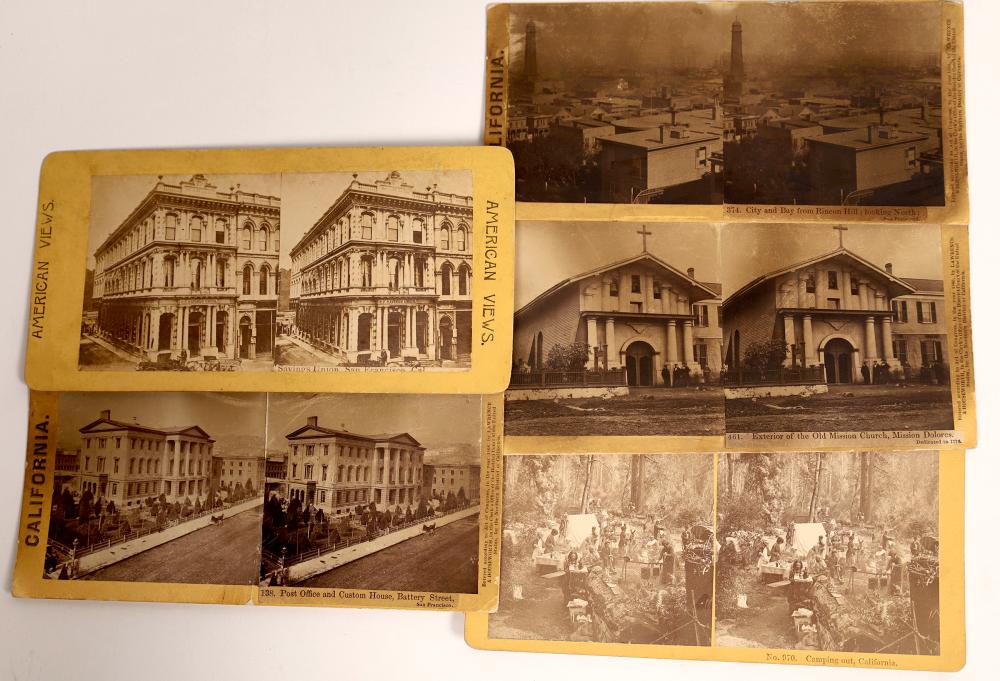 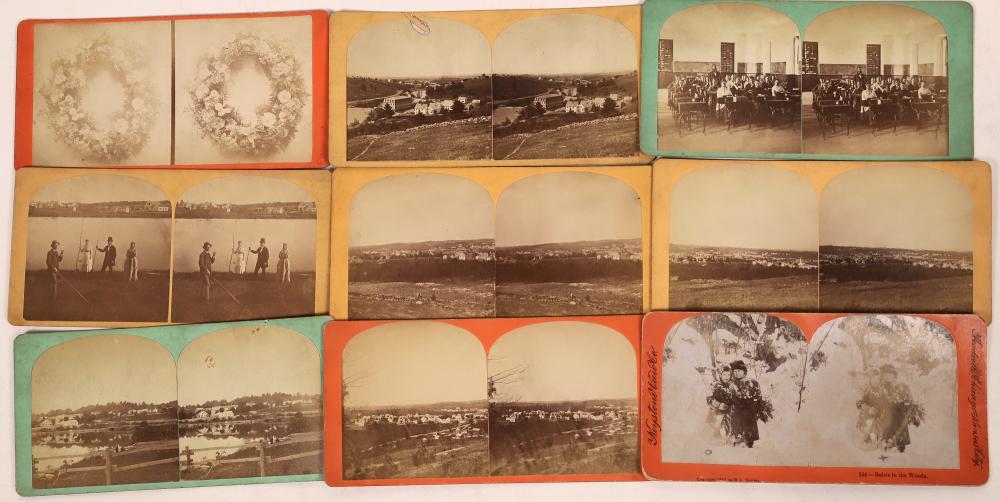 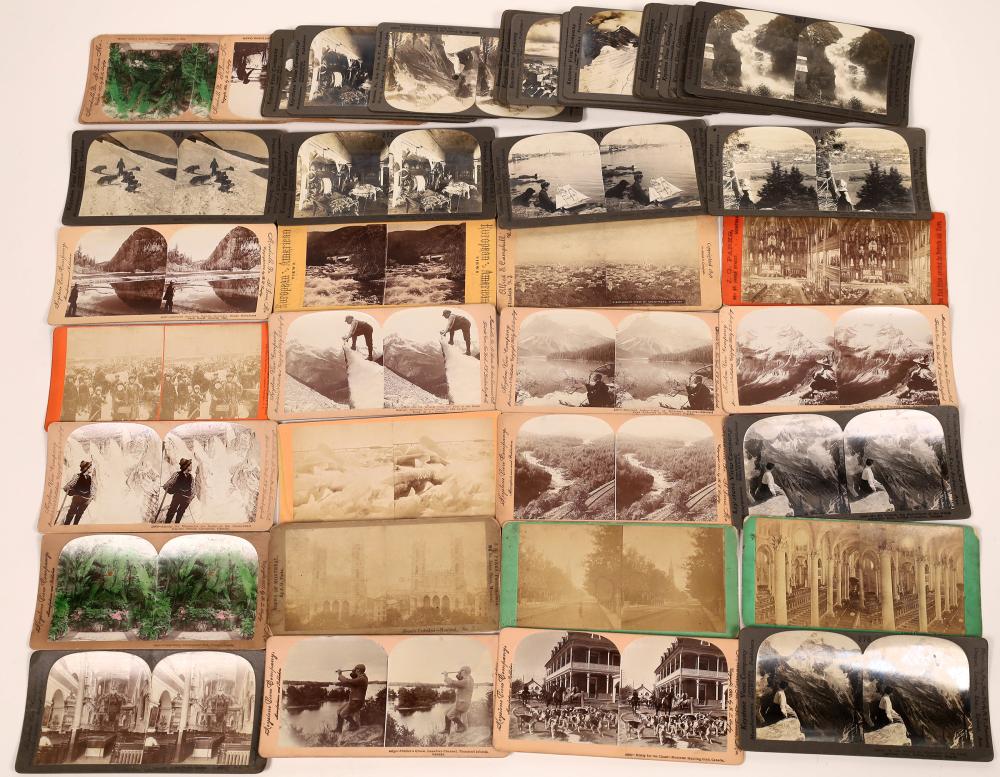 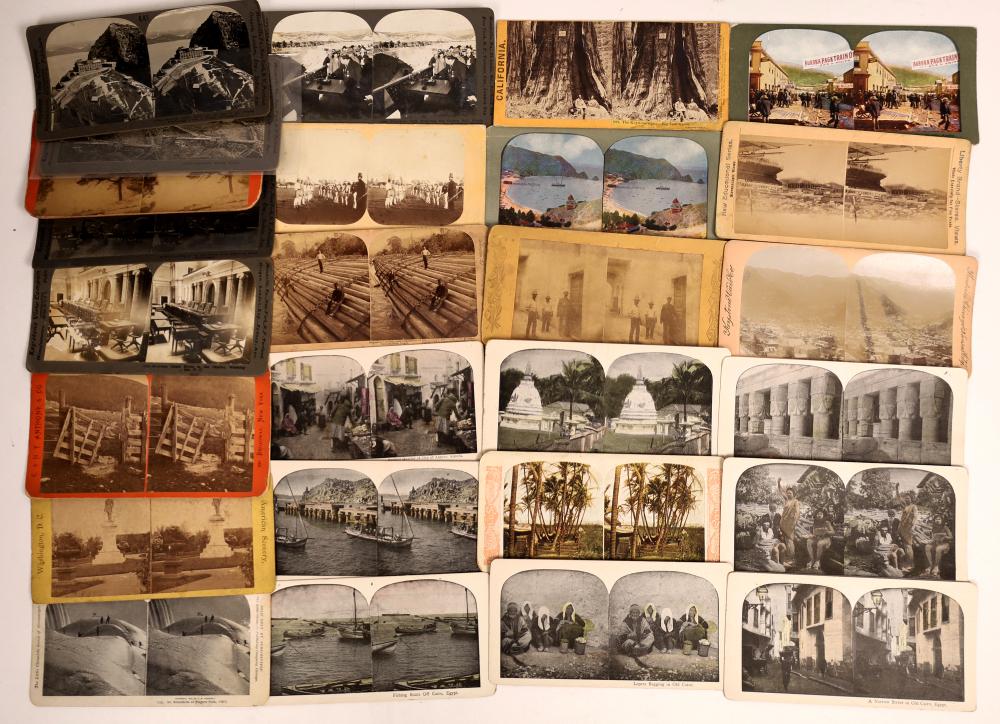 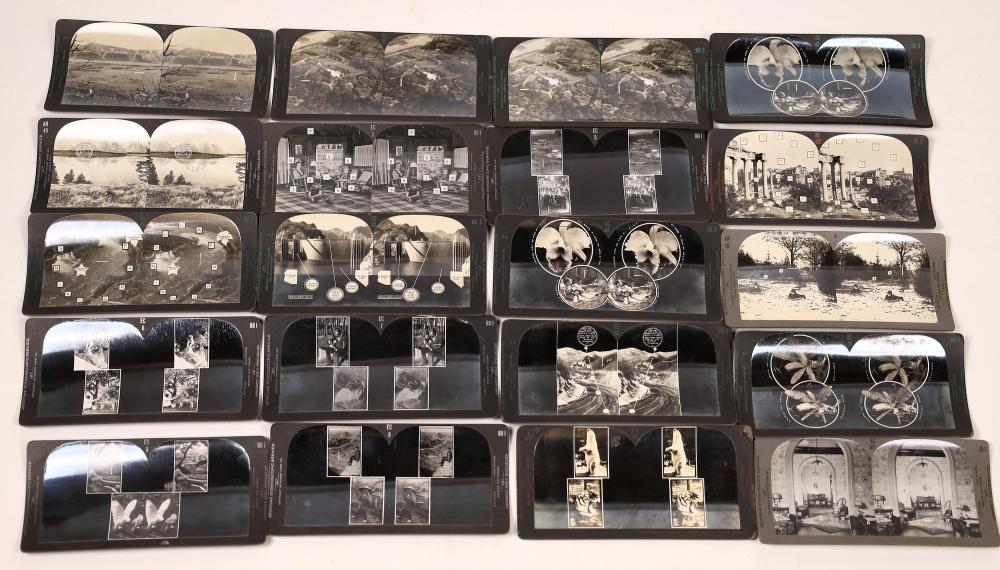 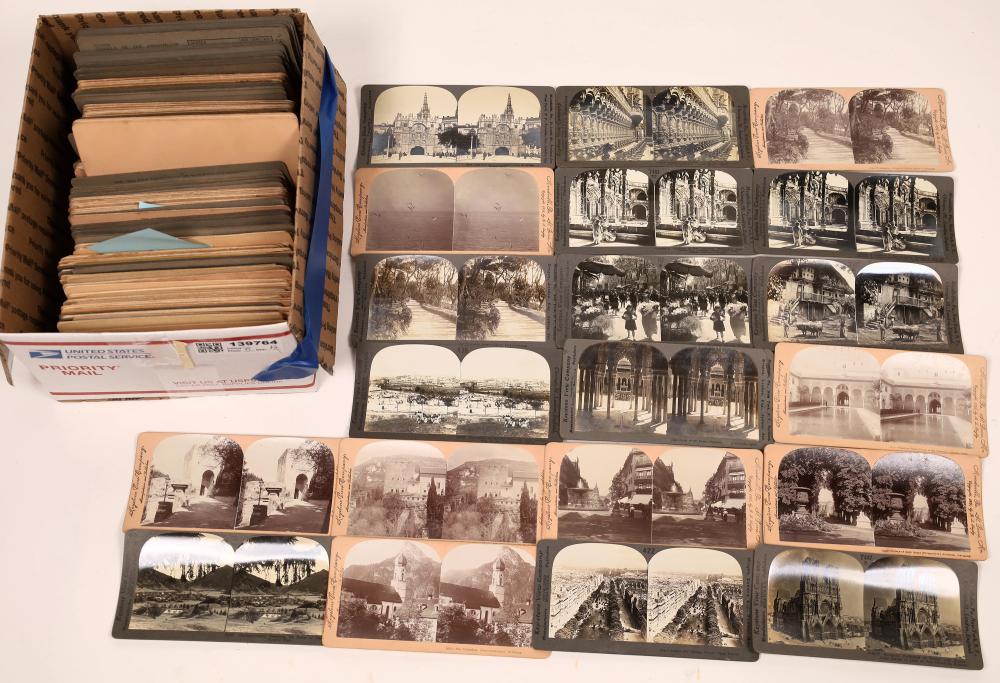