Today, tapestry is widely used to describe a variety of textiles, including embroidery and mechanically-woven fabrics. Historically, tapestry refers to weft faced and often figural textiles woven by hand using a loom. The loom is composed of two rollers that stretch plain warp threads, which form the backbone of the tapestry. Because of its durability, wool was commonly used for the weft threads, whereas a range of materials including wool, linen, and silk, were used for the warp.

Traditional tapestries became especially popular in Europe during the 14th century. In 1384, Philip the Bold inherited the province of Artois in France and decorated his court with tapestries displaying the dynastic, religious, and commercial exploits of his territories. Some of his tapestries, which were made by local weavers and guilds, used gold and silver-lined threads that resulted in a shimmering, iridescent appearance. By the 15th and 16th centuries, royalty and nobility across Europe, Russia, and Asia commissioned elaborate tapestries for display within their churches, castles, and homes. Henry VIII of England, for example, amassed an impressive collection of Netherlandish tapestries to decorate his palaces and country homes.

Tapestry experienced a revival during the 19th century, when William Morris produced modern, innovative tapestries intended for ecclesiastical and decorative purposes. The art of Edward Burne-Jones, a British artist associated with the Pre-Raphaelite movement, served as inspiration for the figures and scenes in Morris' tapestries. Tapestry makers continue to test the limits of the medium today, creating unique works of art with dazzlingly complex patterns and designs. 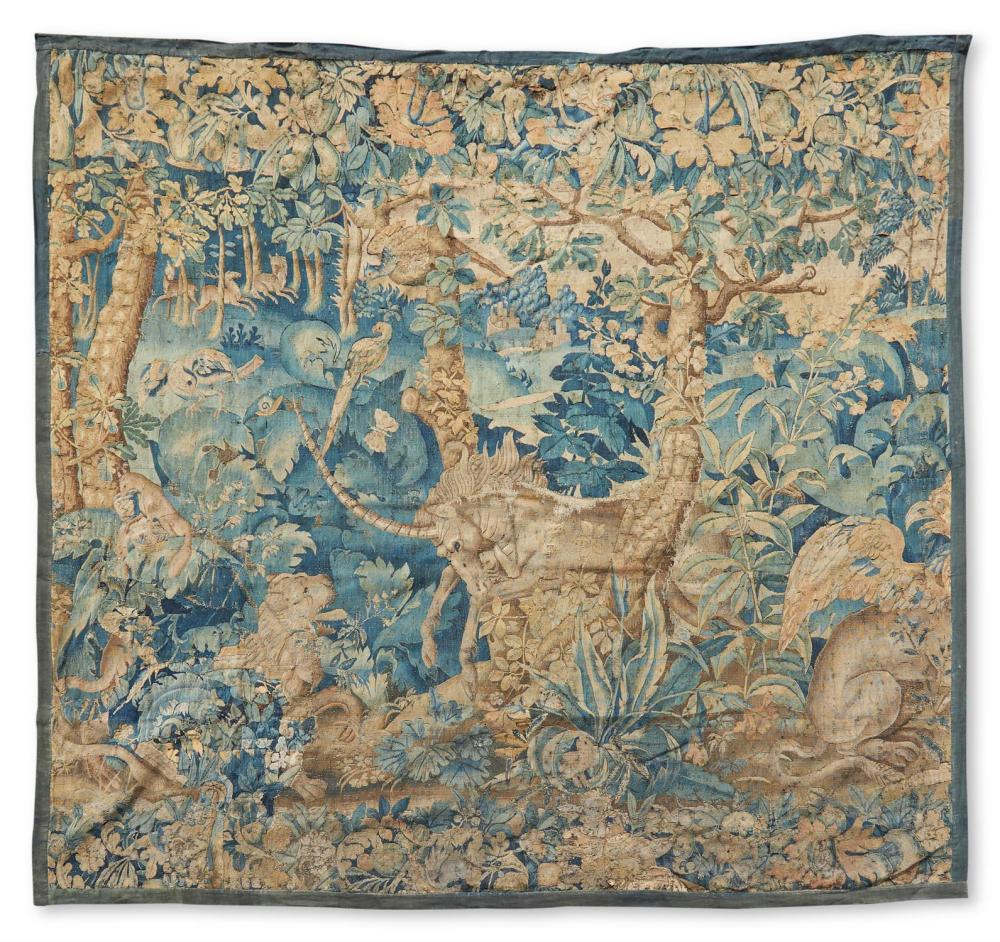 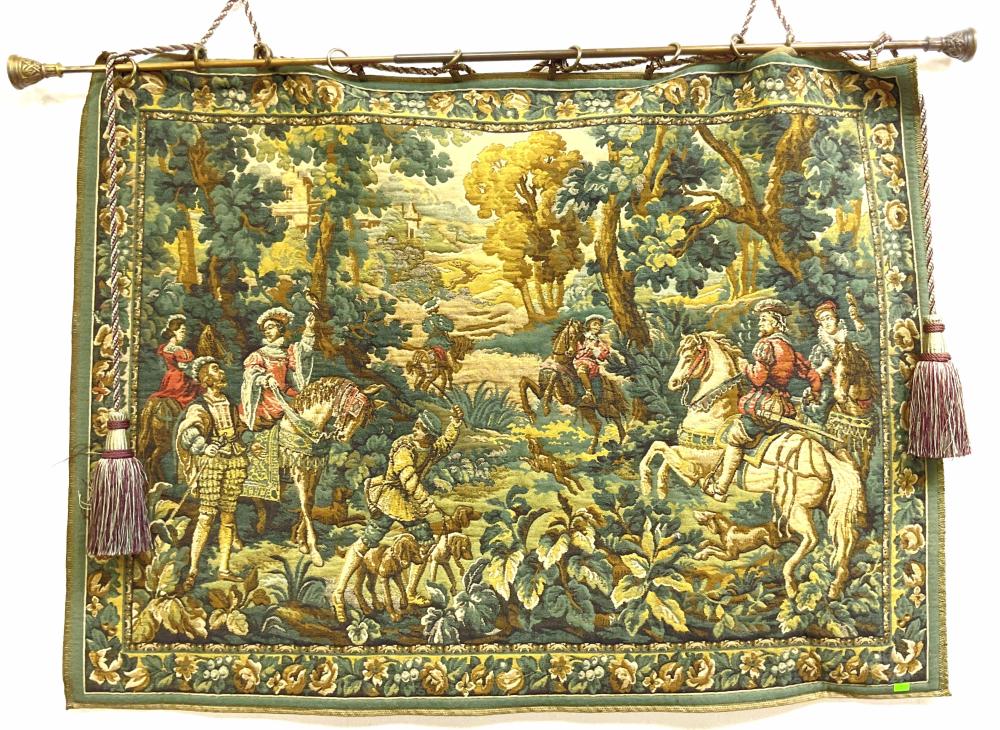 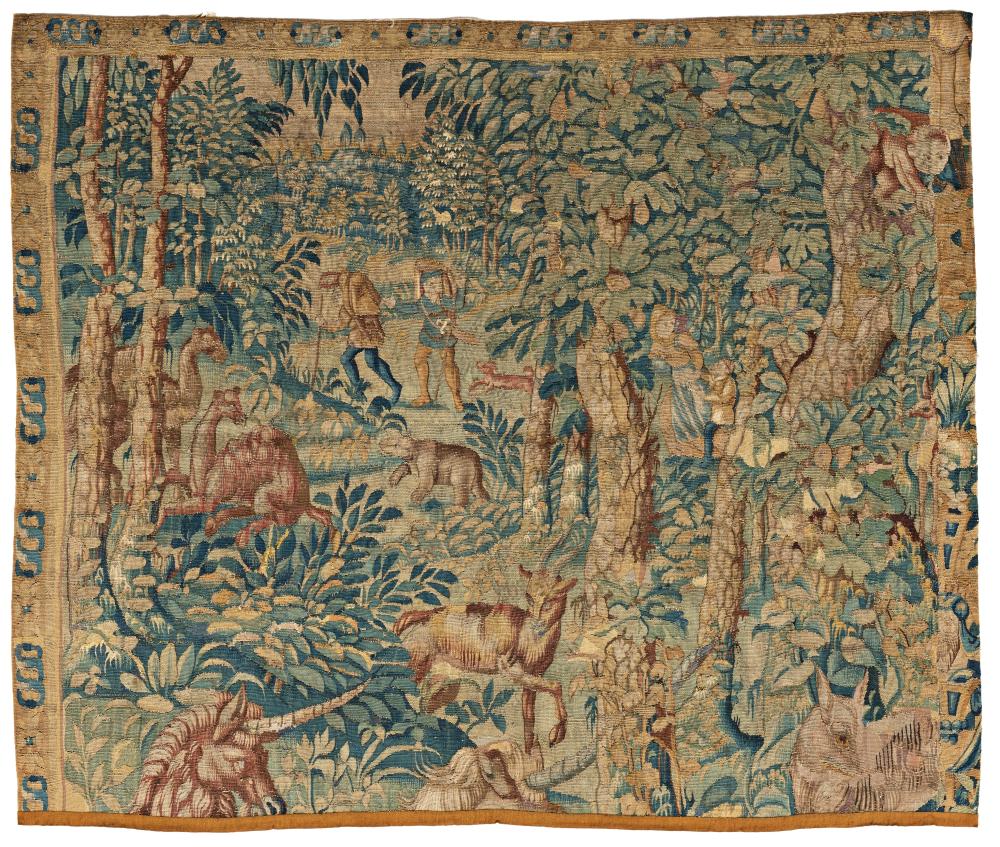 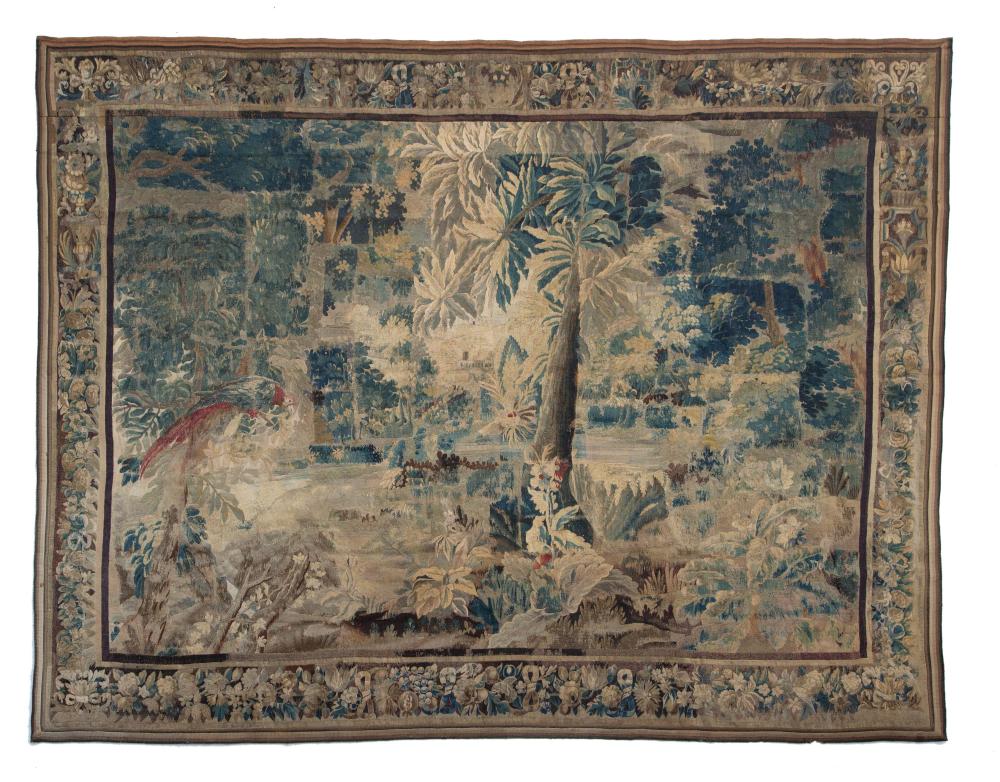 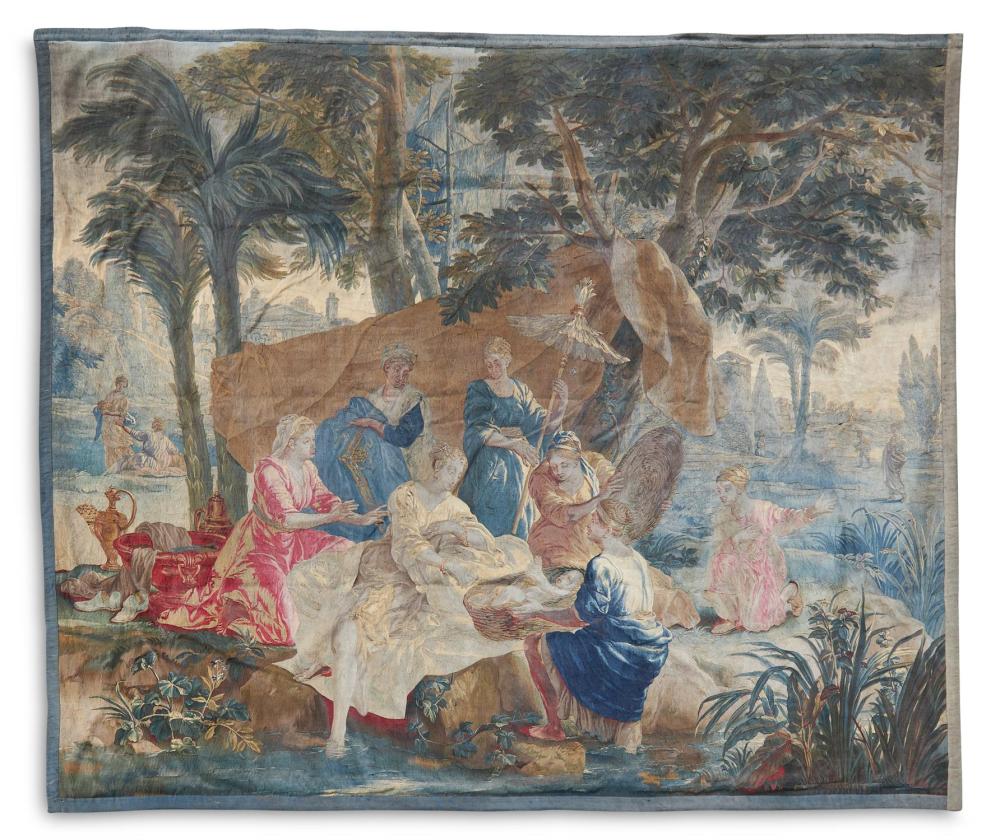 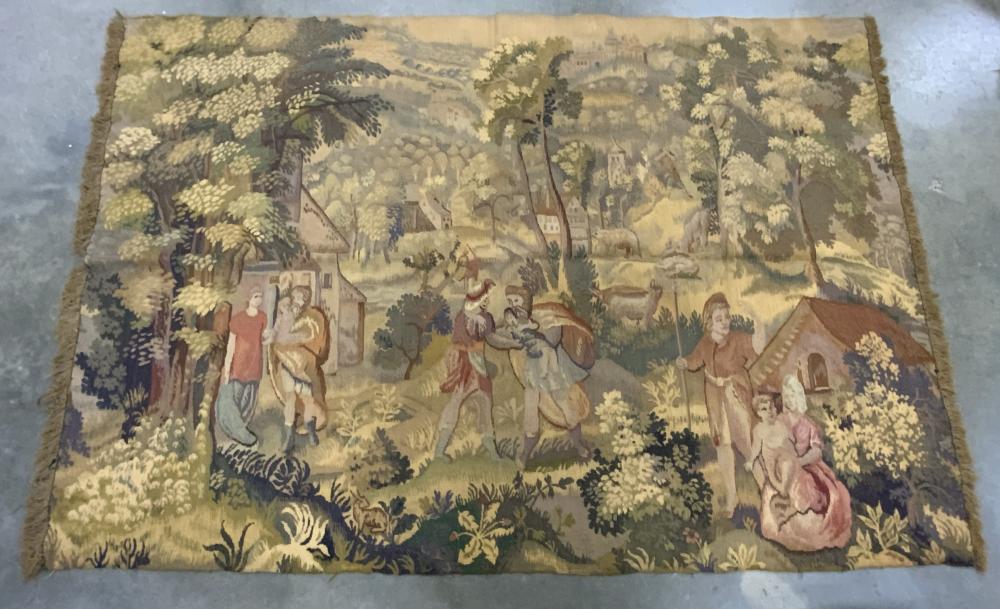 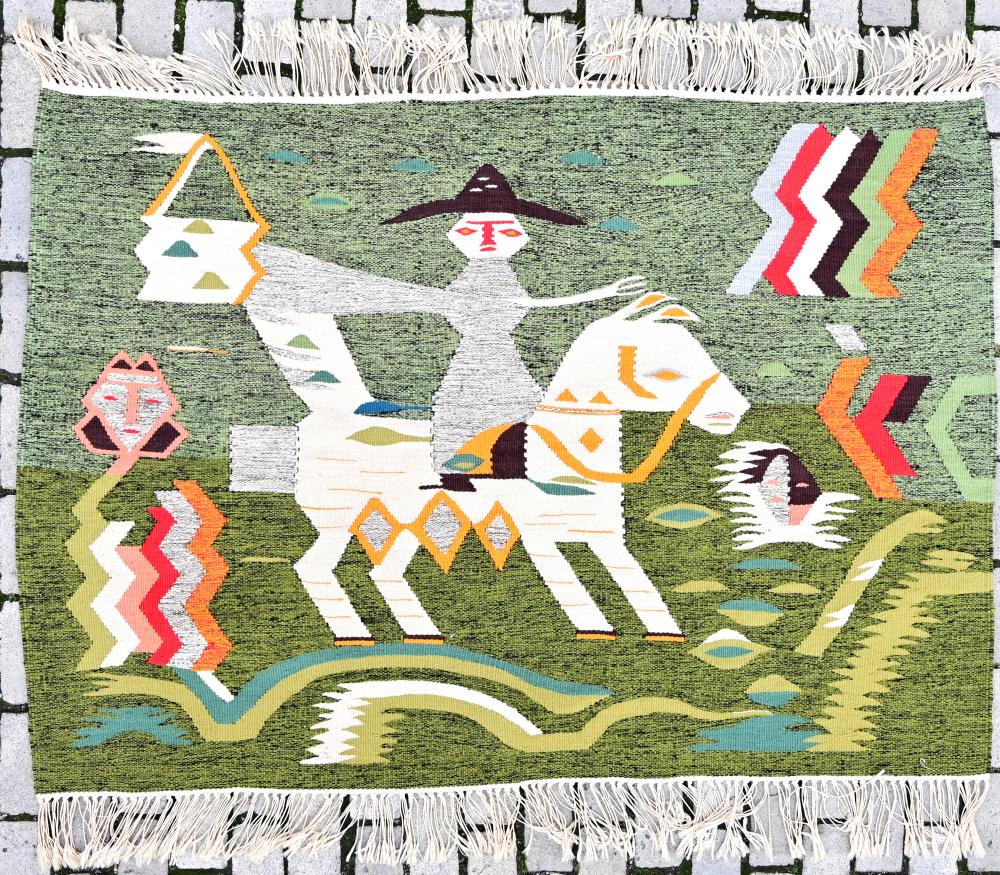 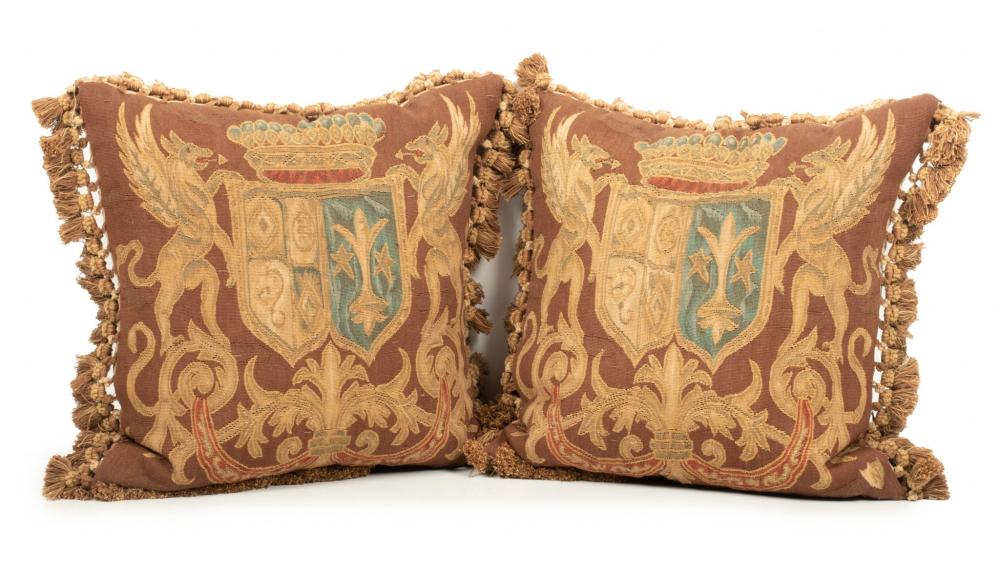 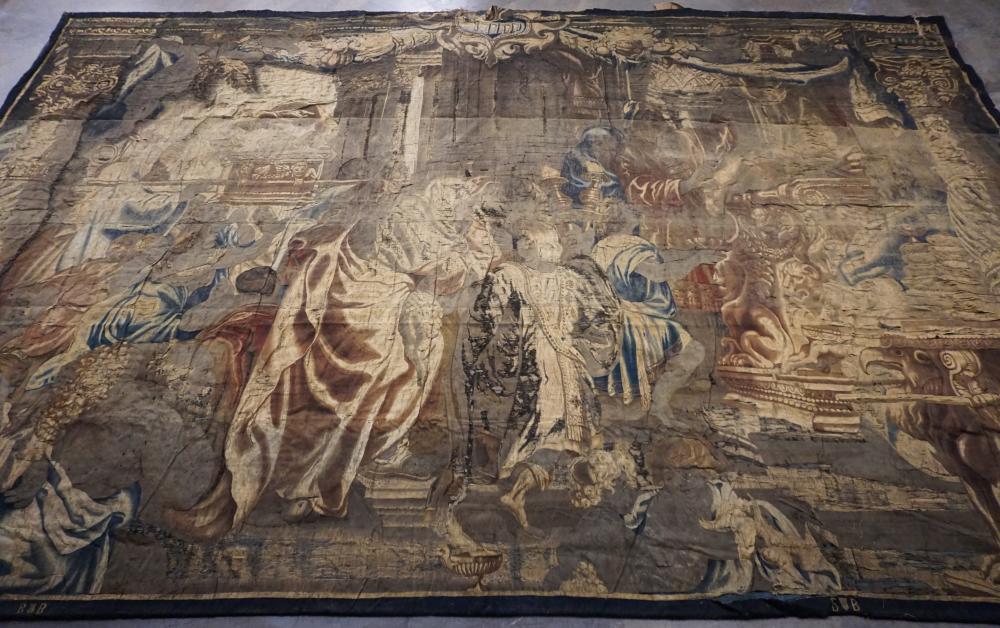 Flemish School Tapestry of The Sacrifice in the Temple by Francois Van Den Hecke, 17th Century (as is), 13 ft 8 in x 21 ft 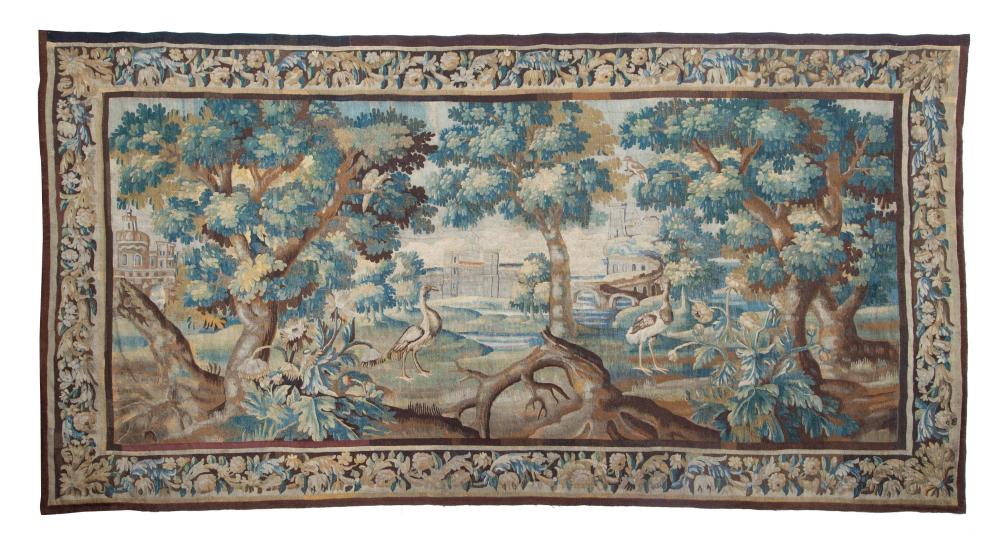 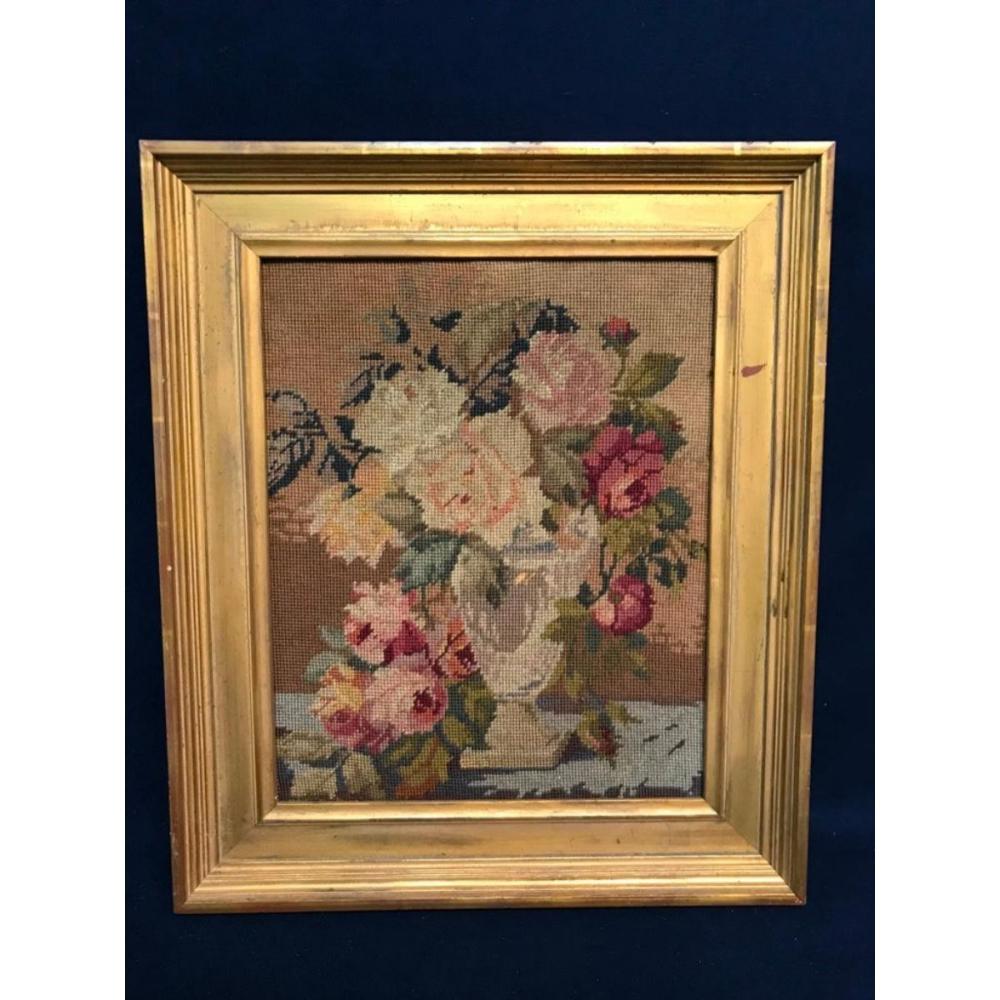 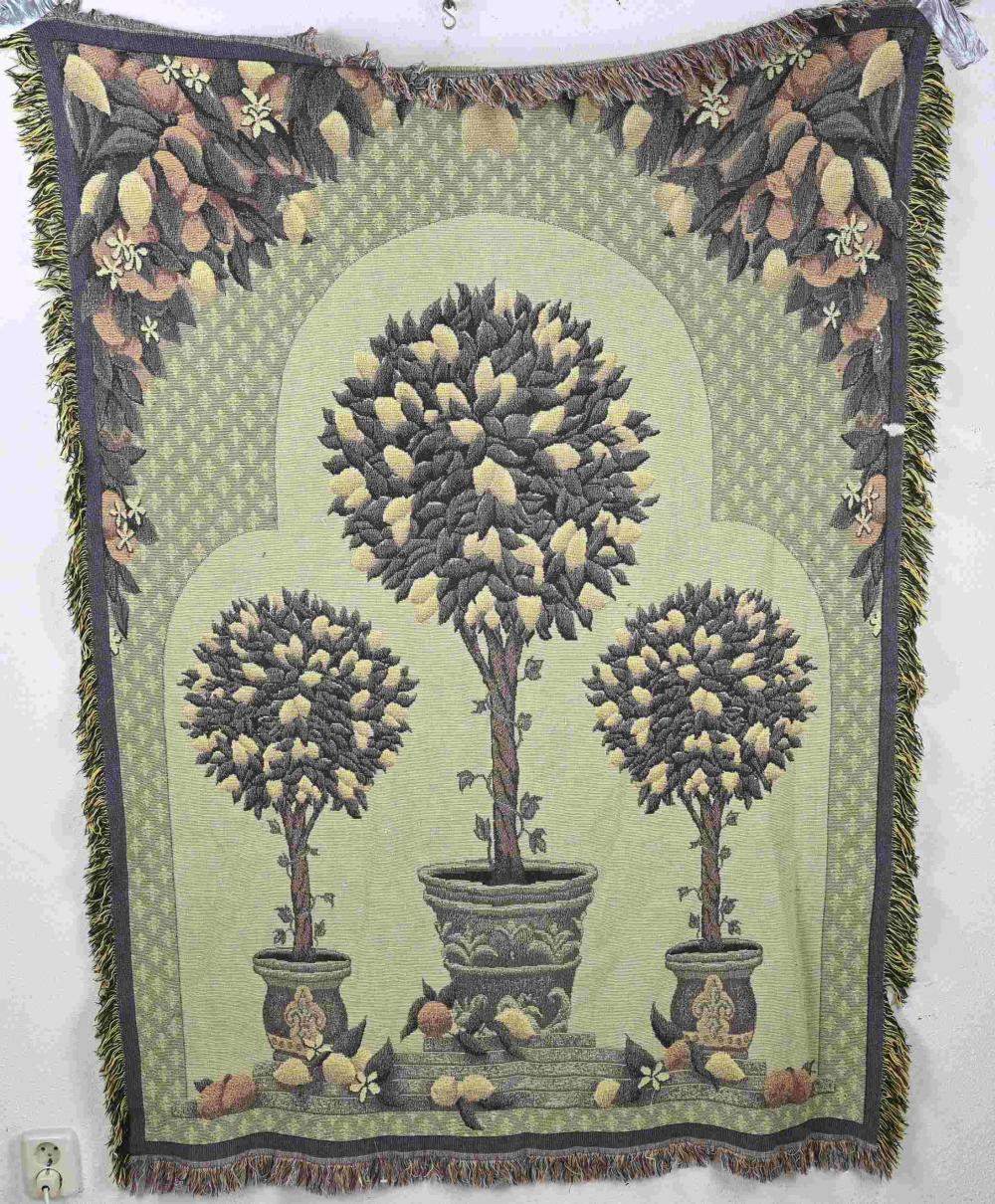 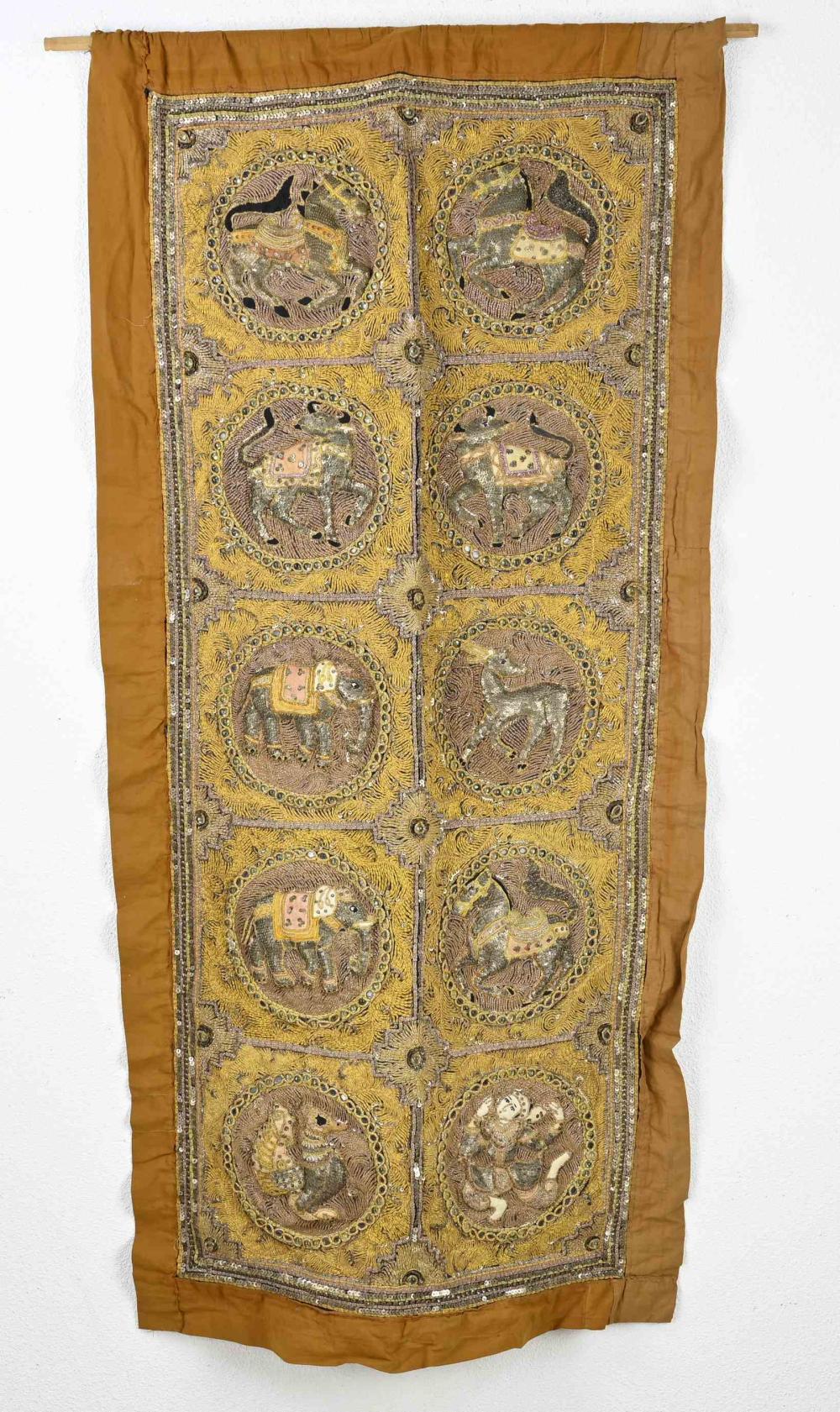 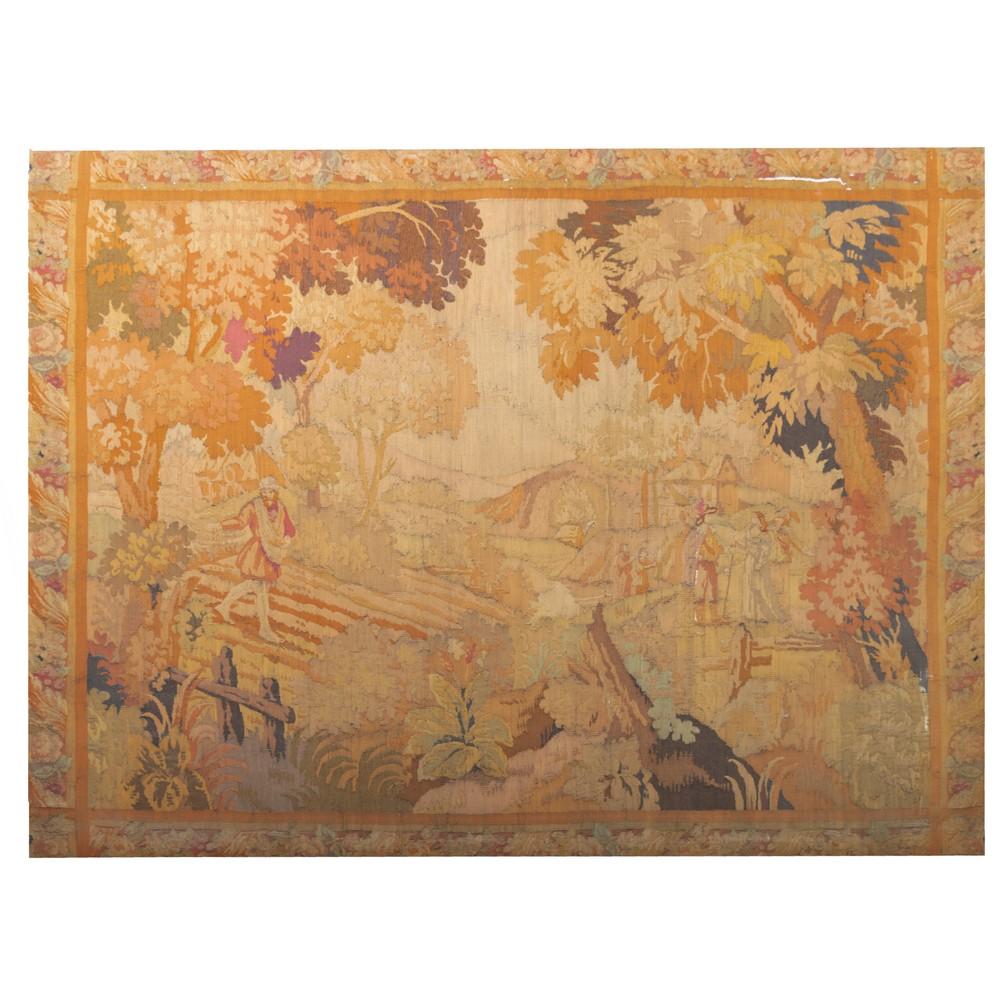 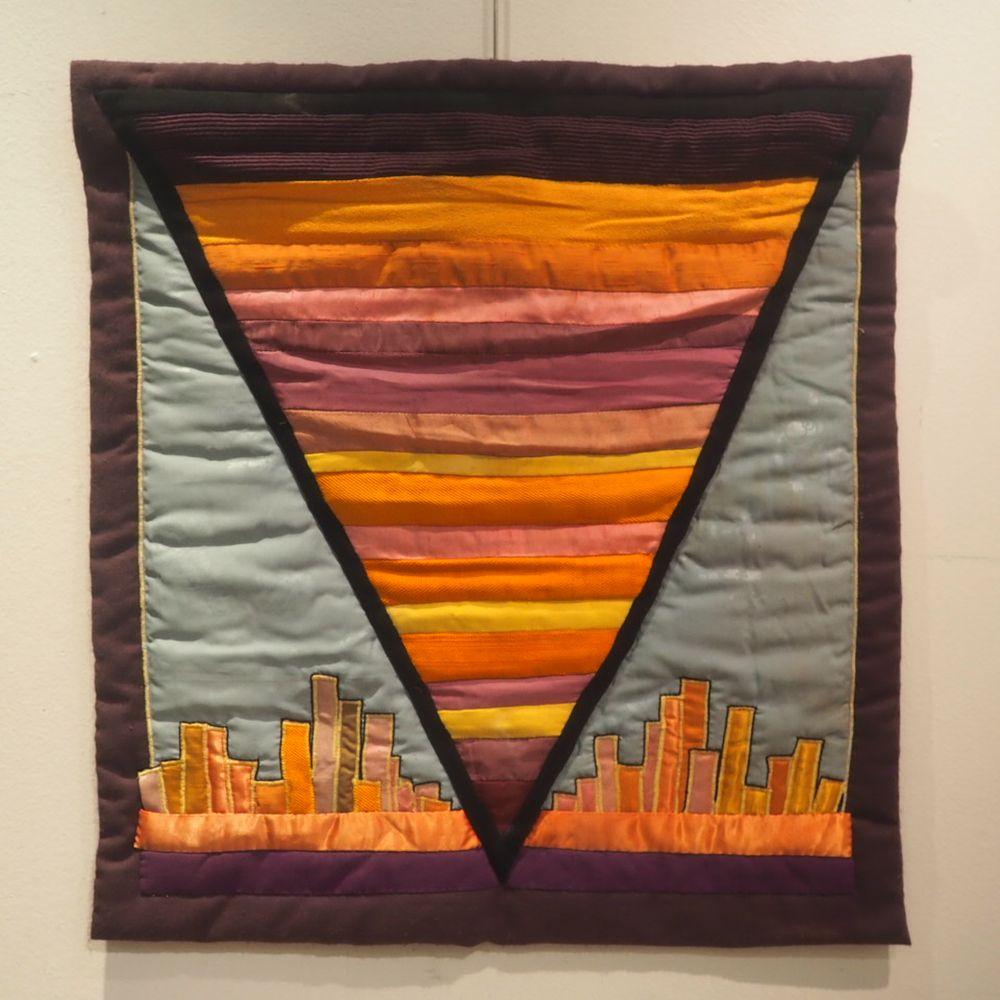 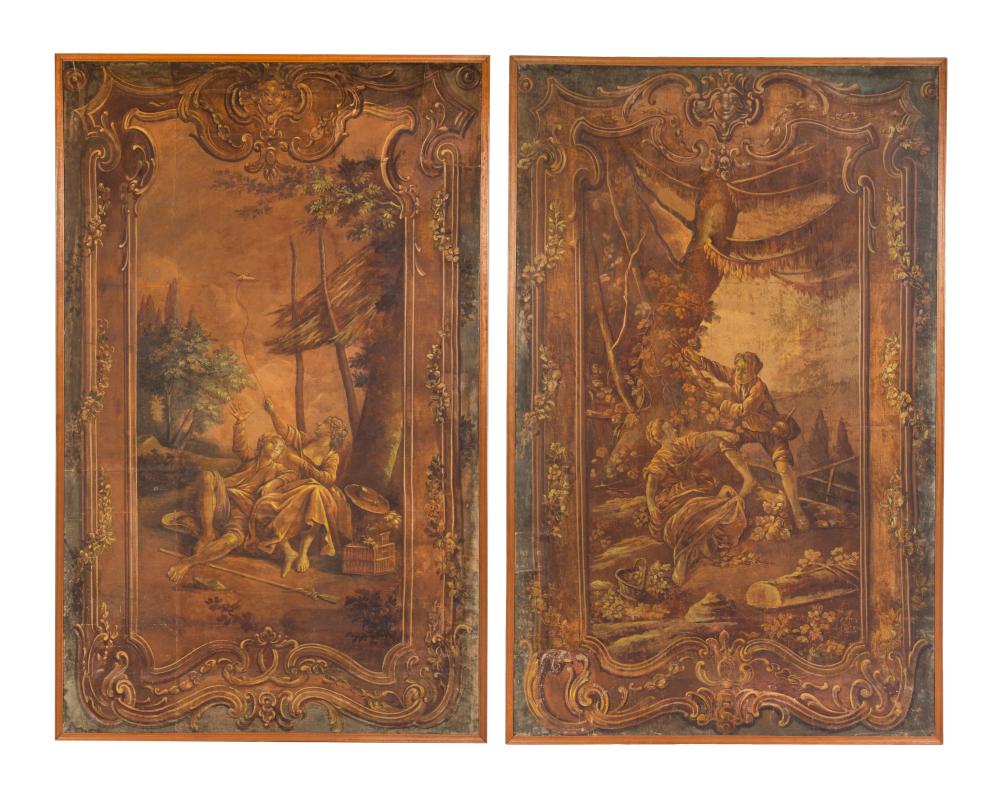 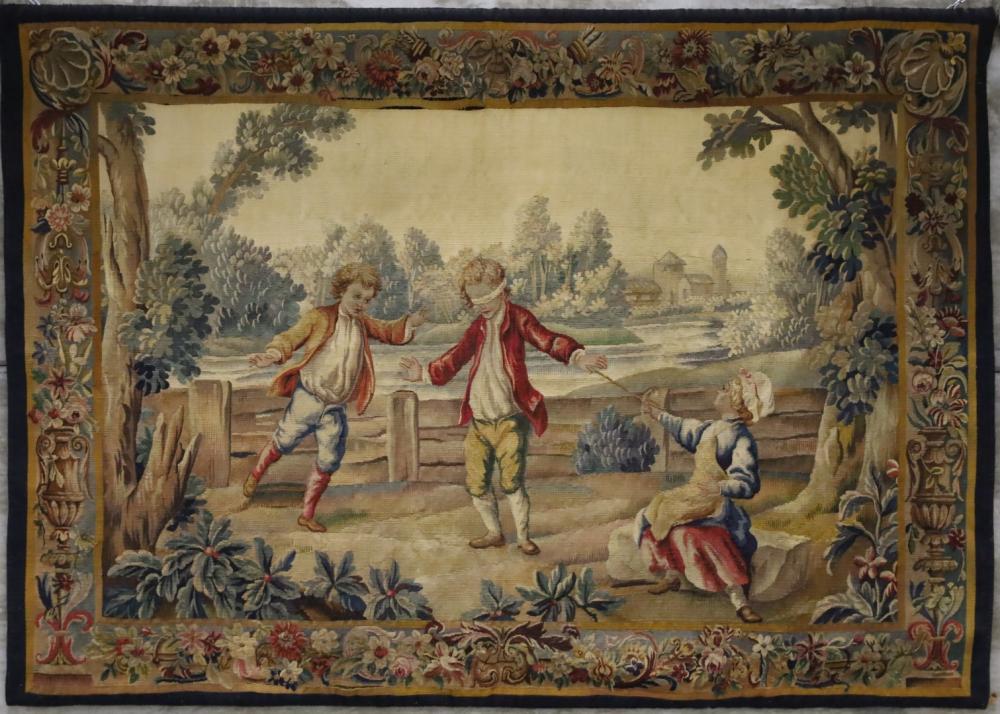 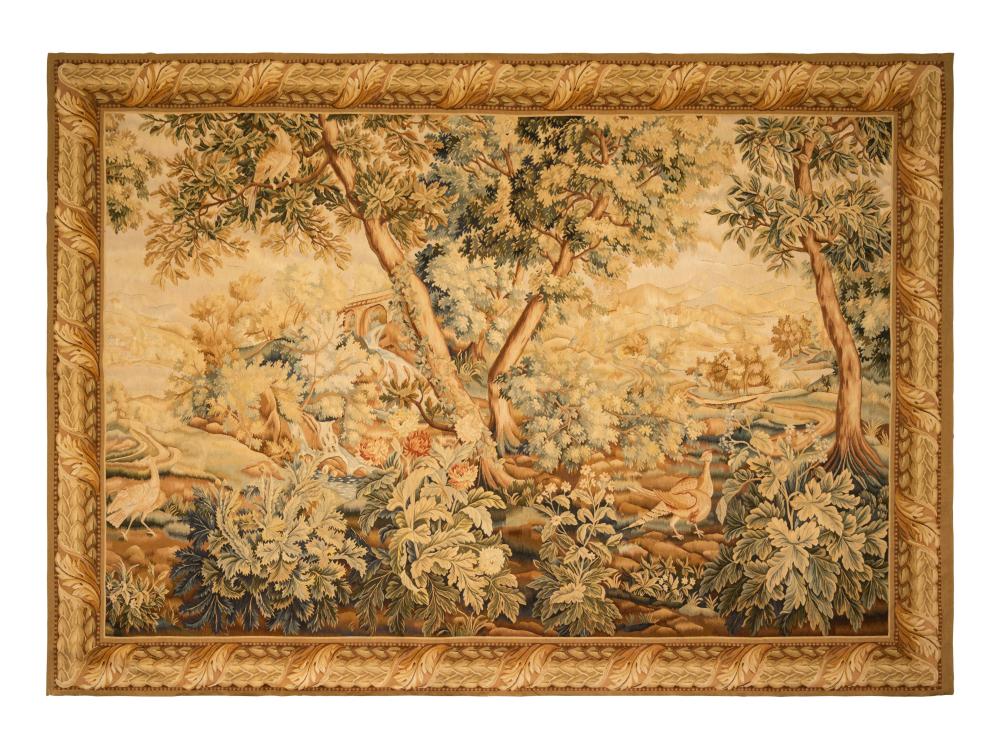 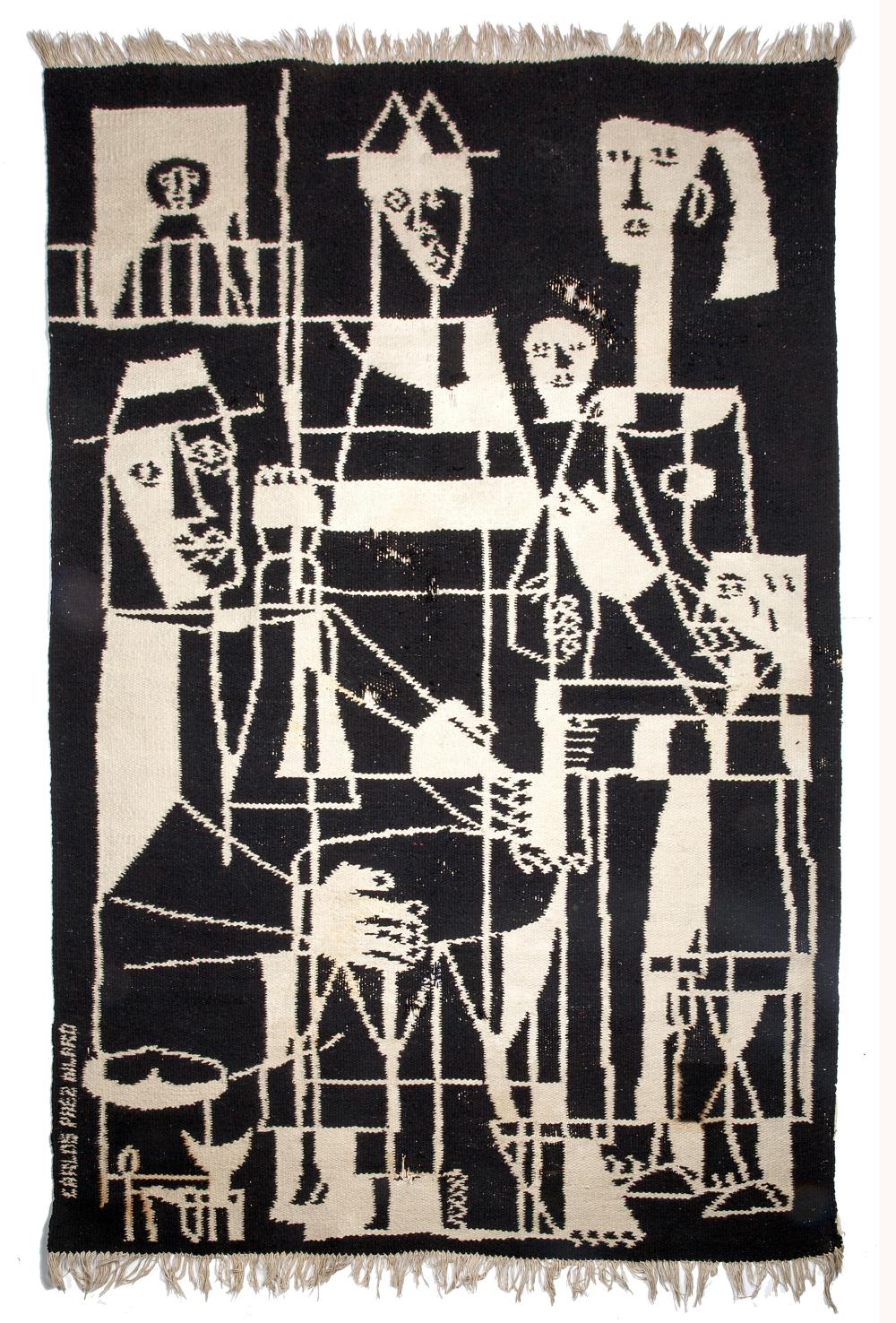 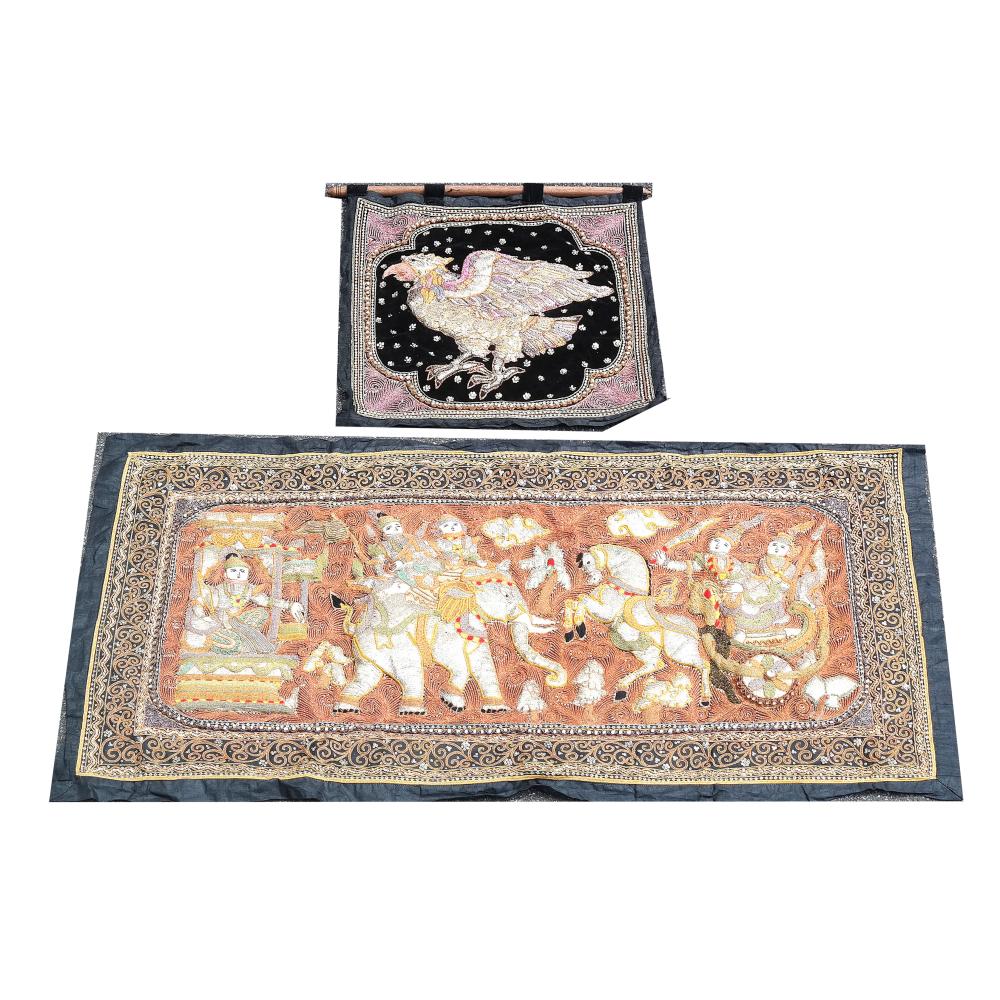 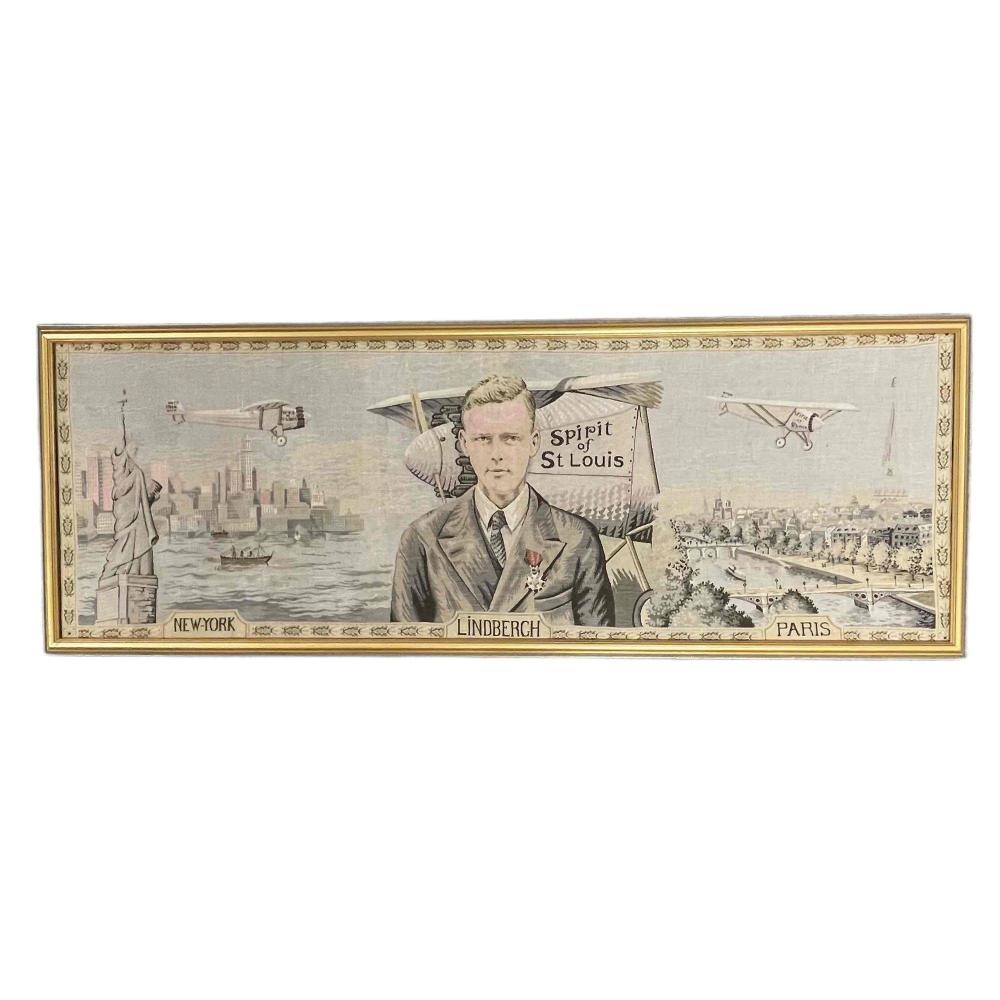