Although the term "tea cart" was first used in 1817, the use of tea trolleys or wagons actually dates back to 18th century England. At that time small, elegant tables were used to serve the drink, then an expensive and exotic commodity.

Traditionally, tea carts took the form of a pair of removable shelves on castors that could be easily wheeled from the kitchen or butler's pantry to the room where tea was served. Tea carts were also use for the customary accompaniments to traditional high tea or before-dinner cocktails.

Fixtures in proper Victorian households, tea carts were essential accessories for entertaining. The room was ready for guests when it had a fine china tea pot, an array of stylish cups and saucers, finger sandwiches, condiments, and a freshly-picked bouquet of flowers.

When daily formal teas and luncheons began to fall out of favor in the 1930s, tea carts were adopted for new uses, namely as a cocktail service cart. Rolling bar carts are traditionally stocked with bottles of wine, spirits, liqueurs, bitters, vermouths, glasses, cocktail shakers, stirrers, and an ice bucket.

Fashioned from wood, wicker, brass, and wrought iron, both tea carts and bar carts hold a special allure for a certain segment of auction watchers. 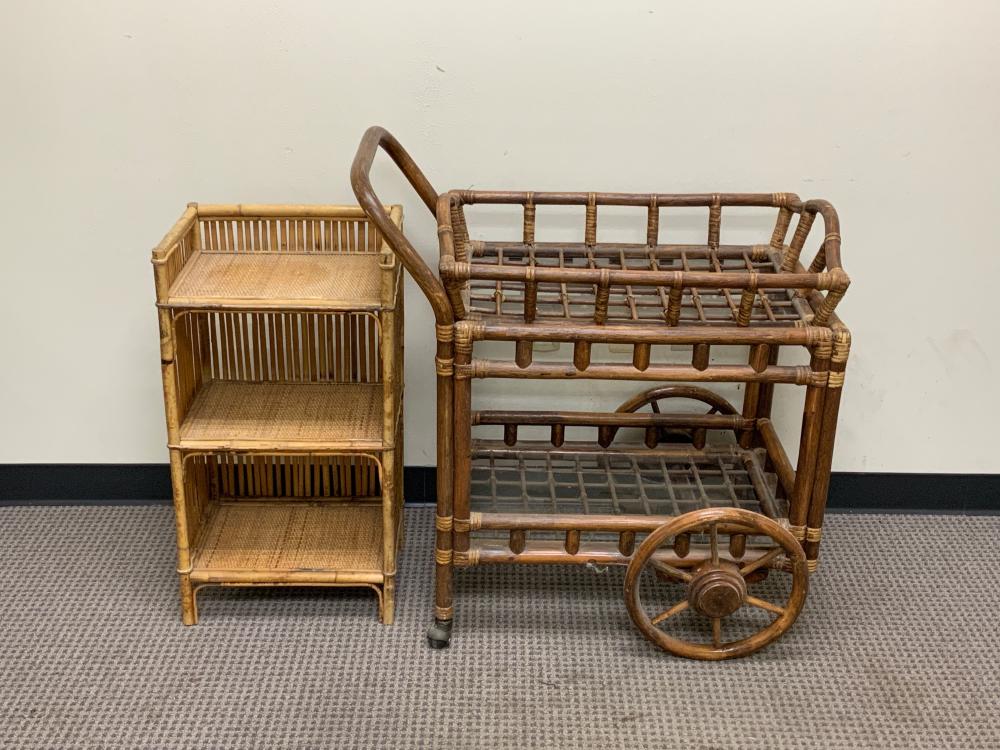 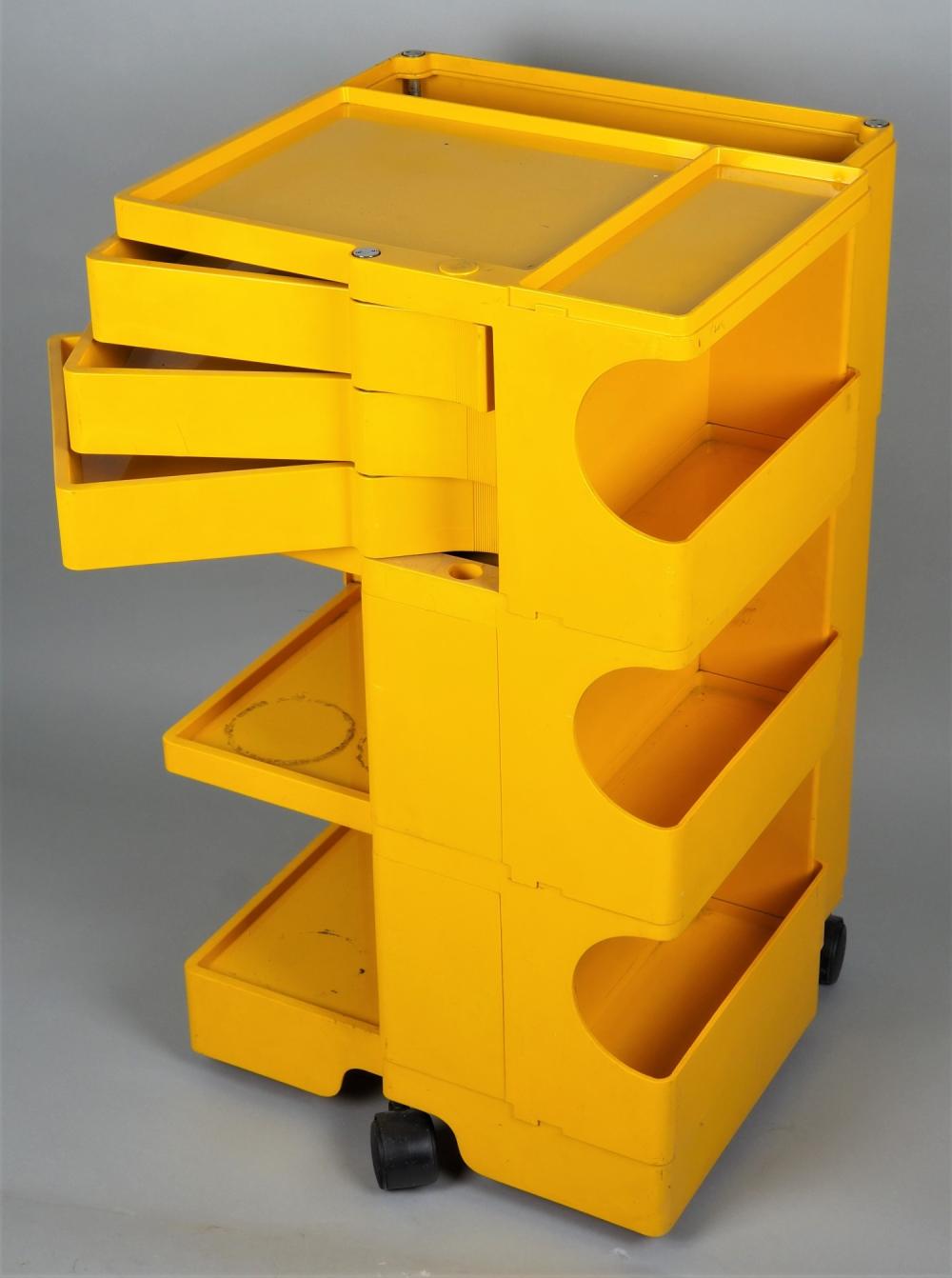 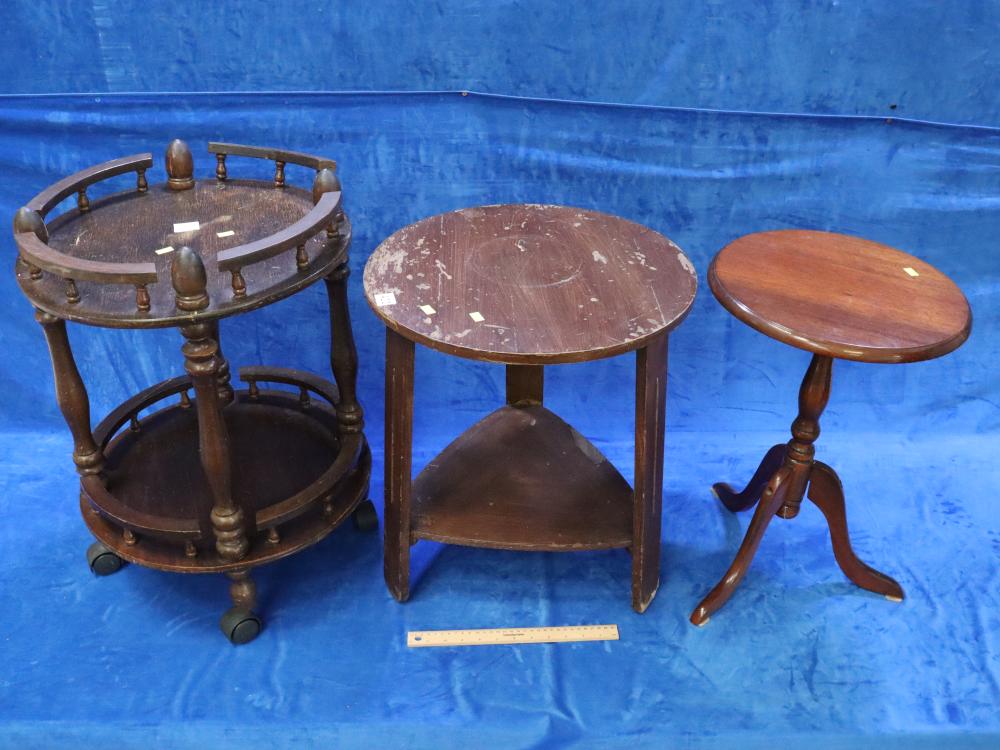 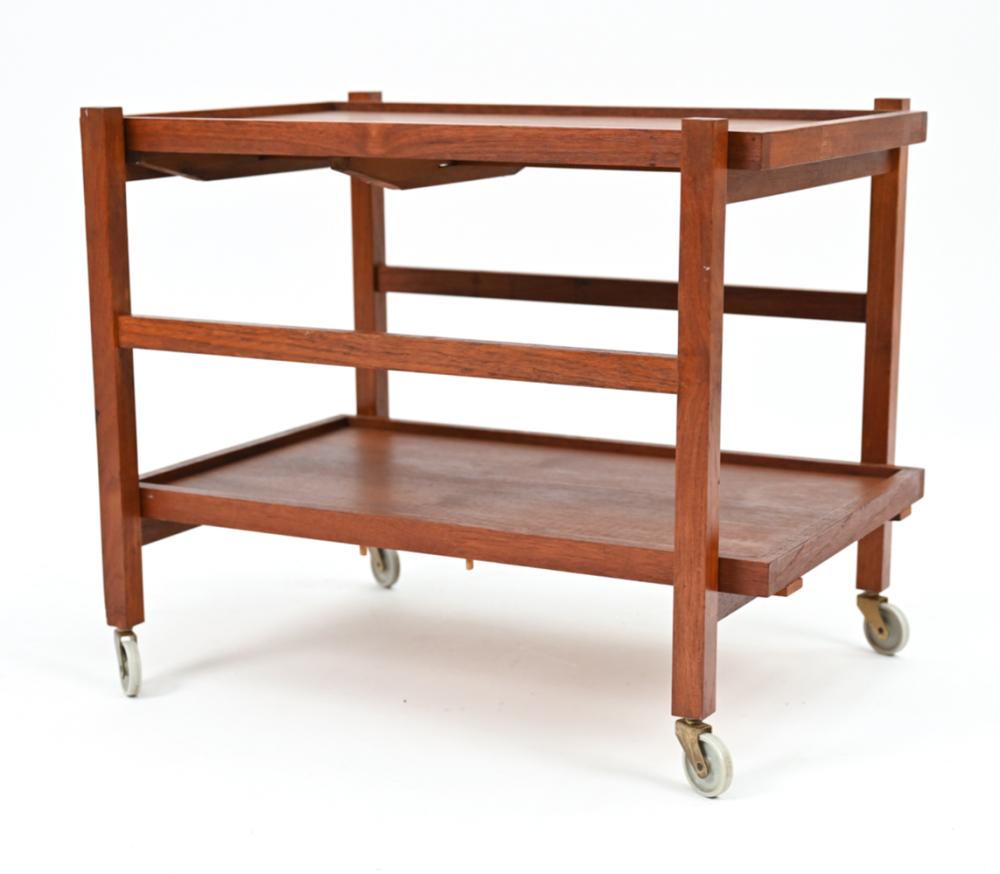 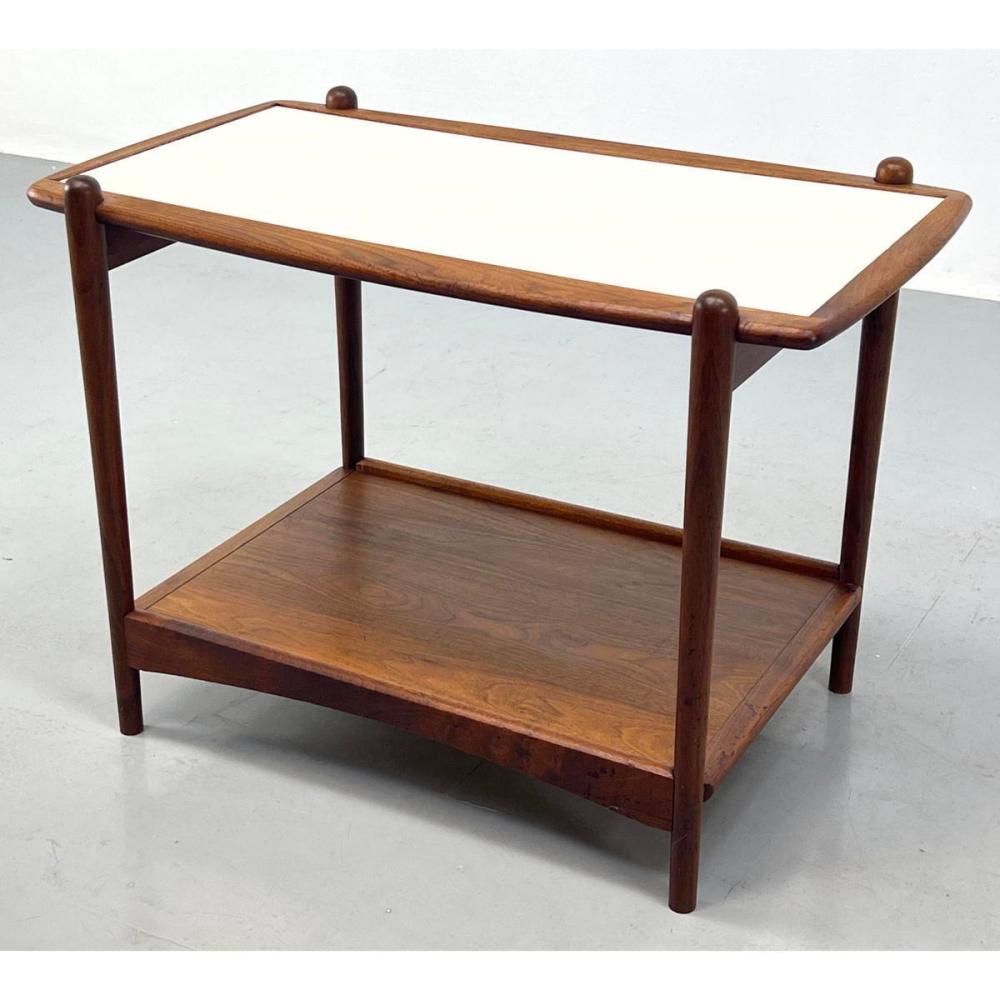 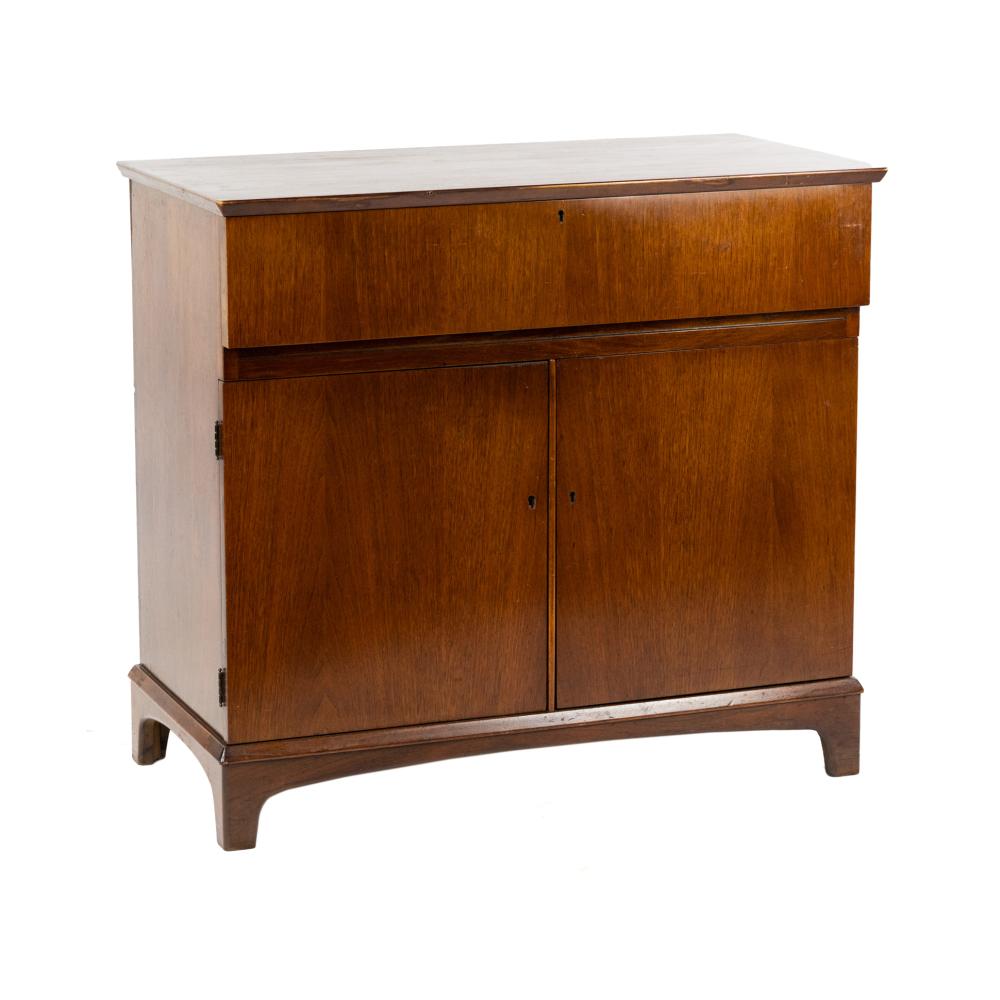 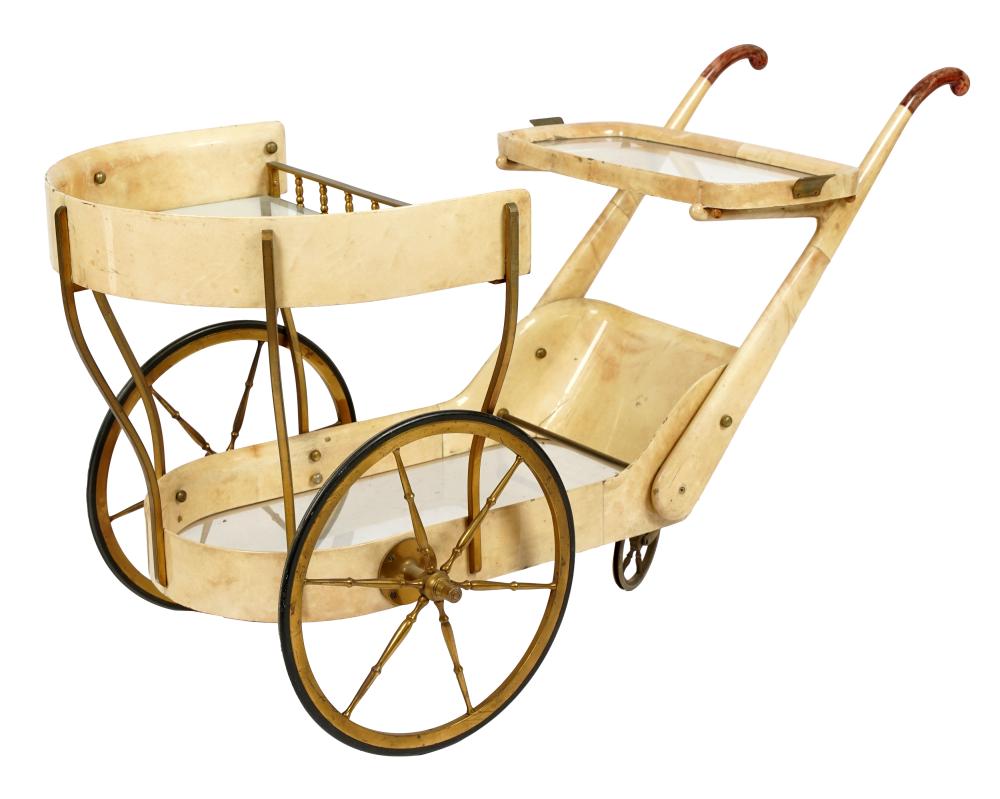 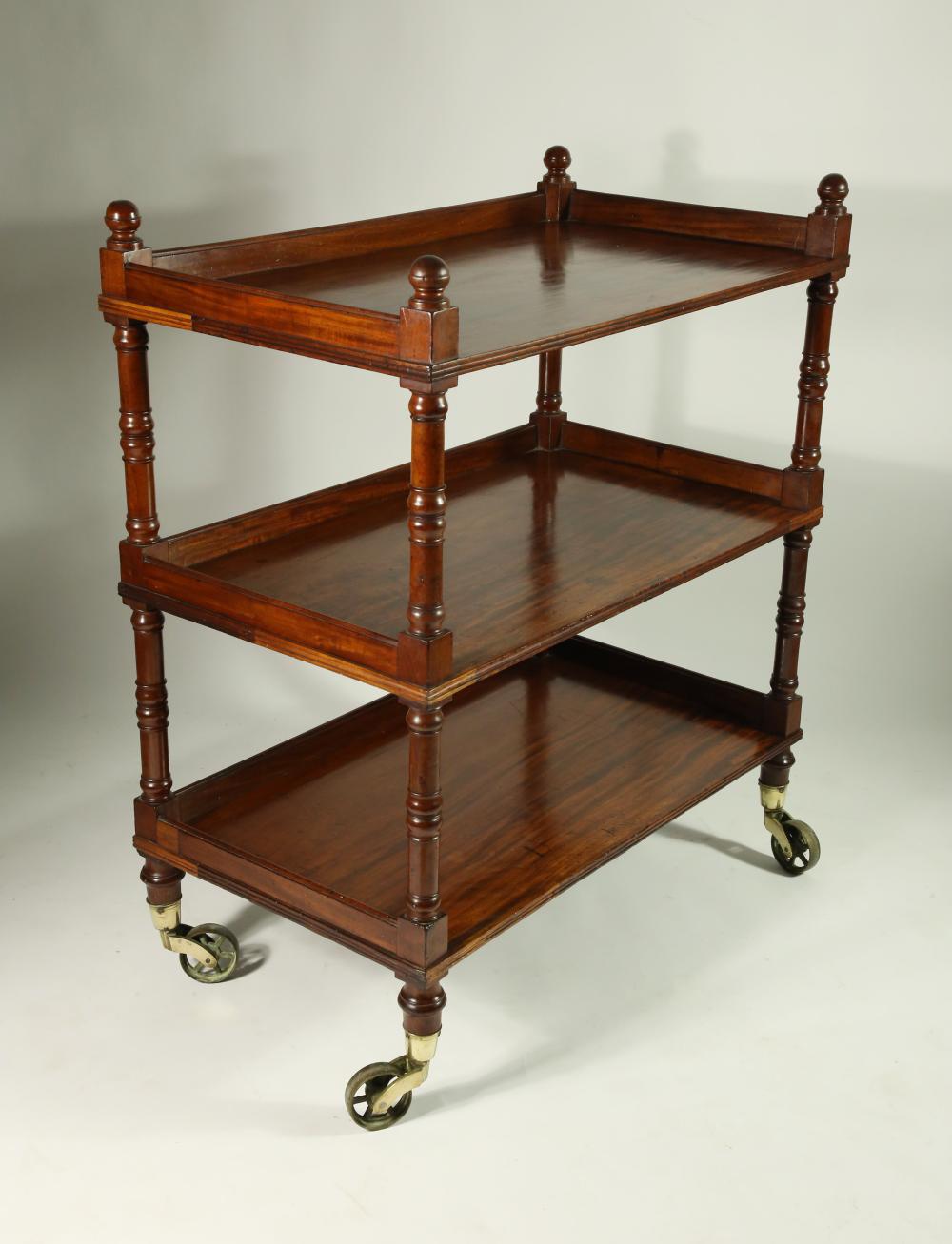 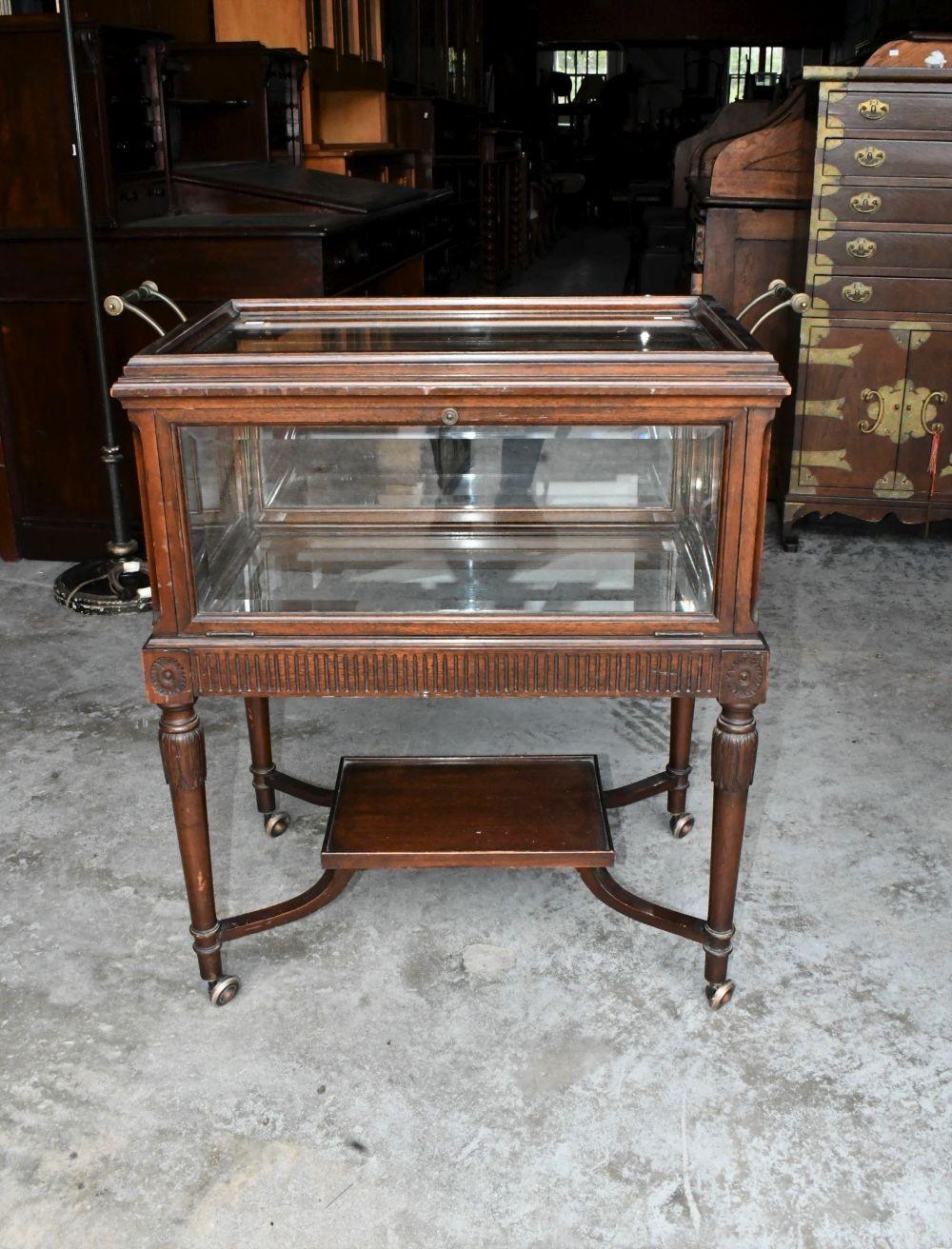 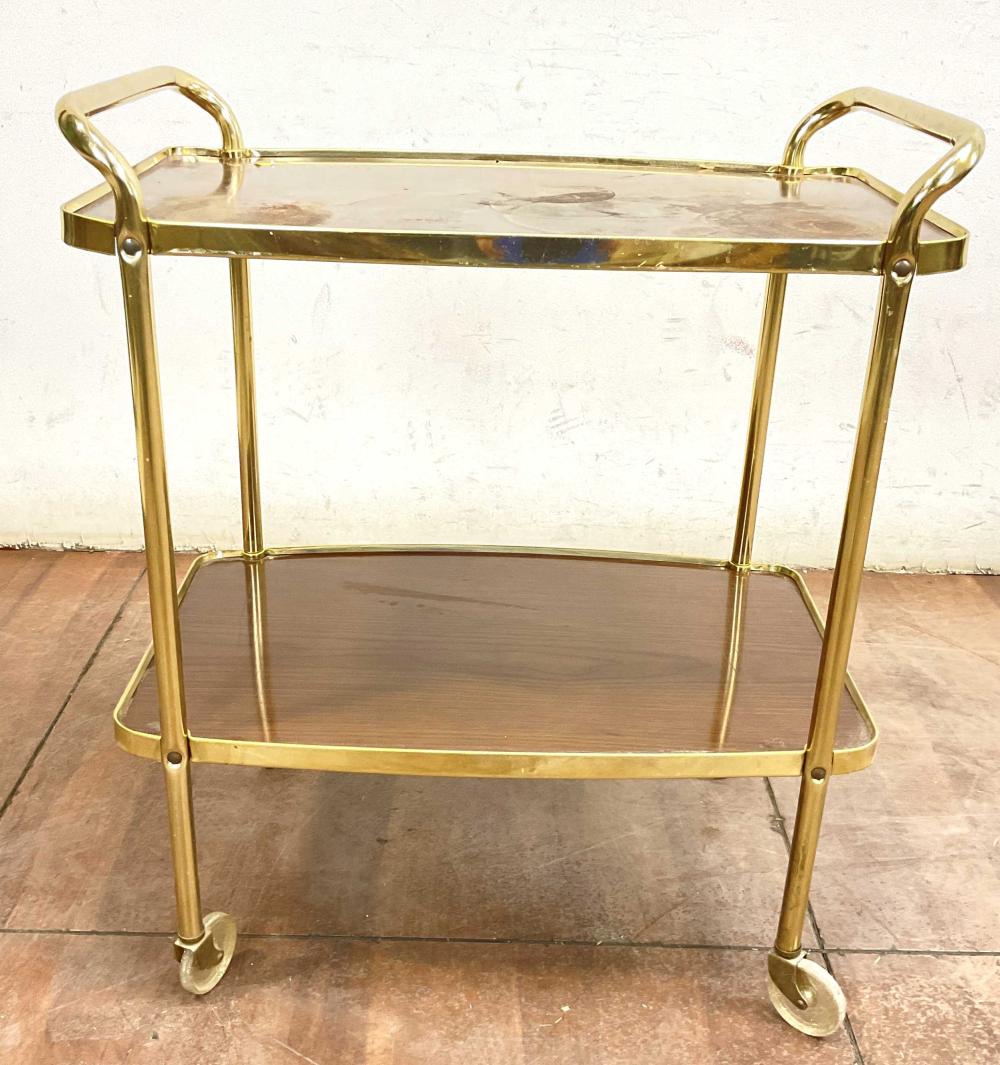 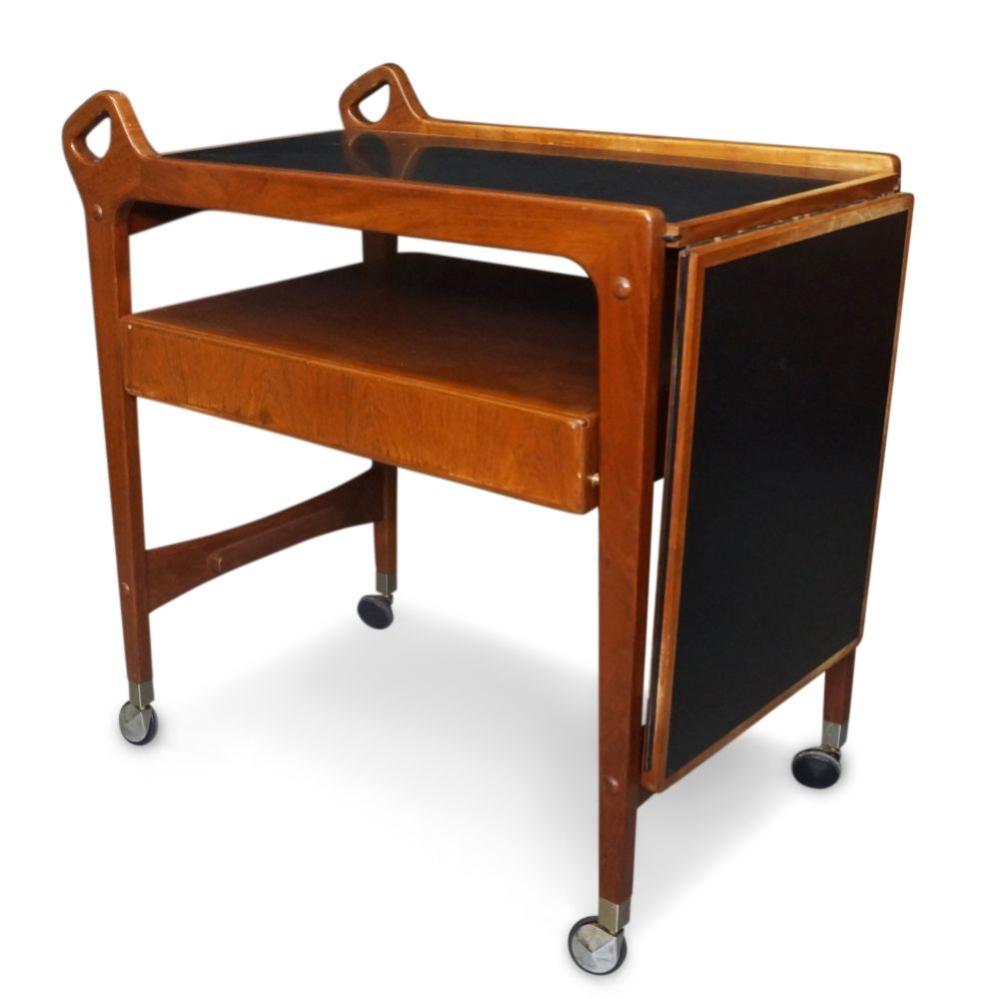 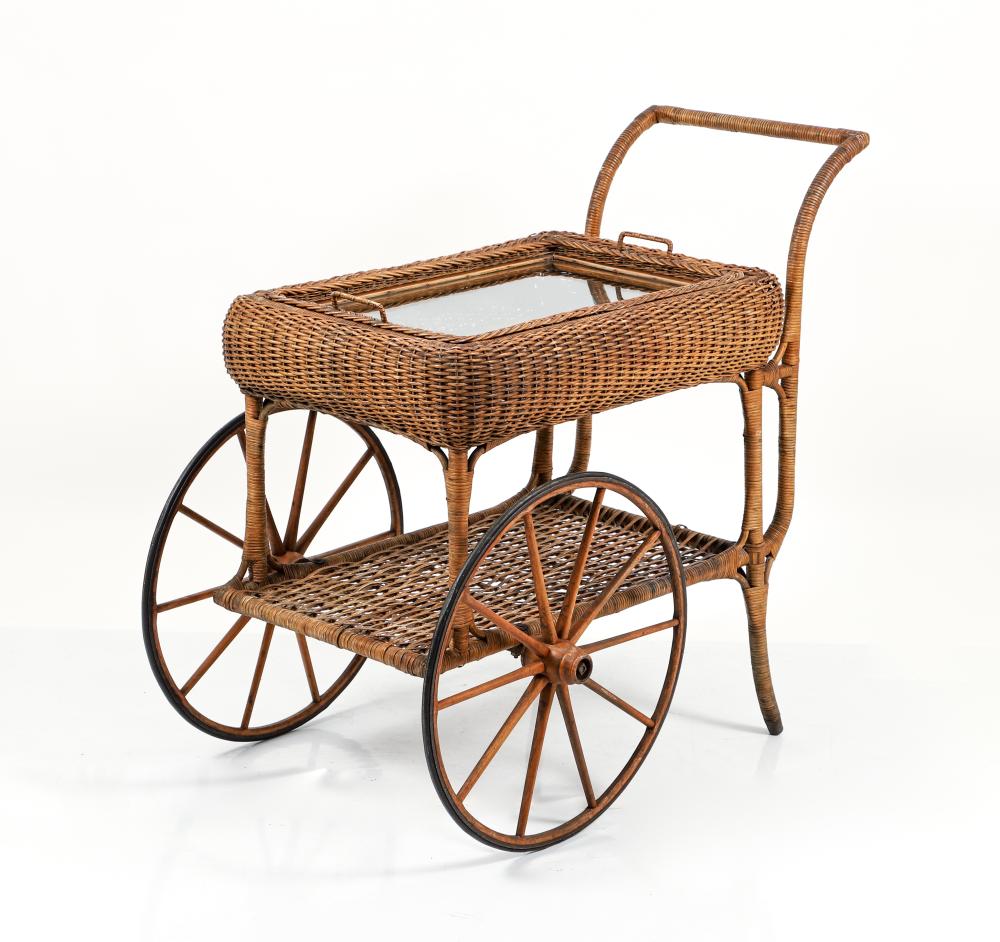 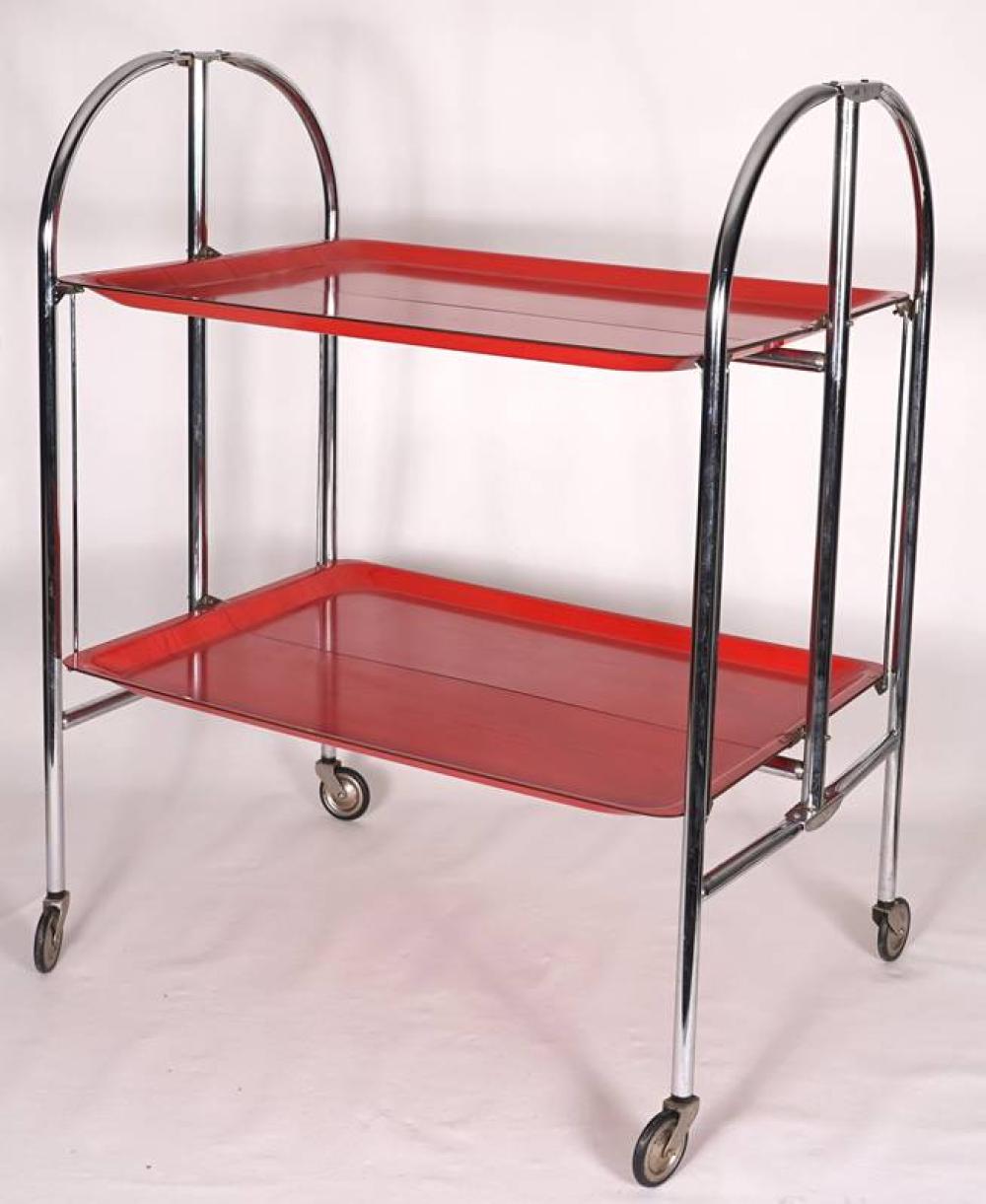 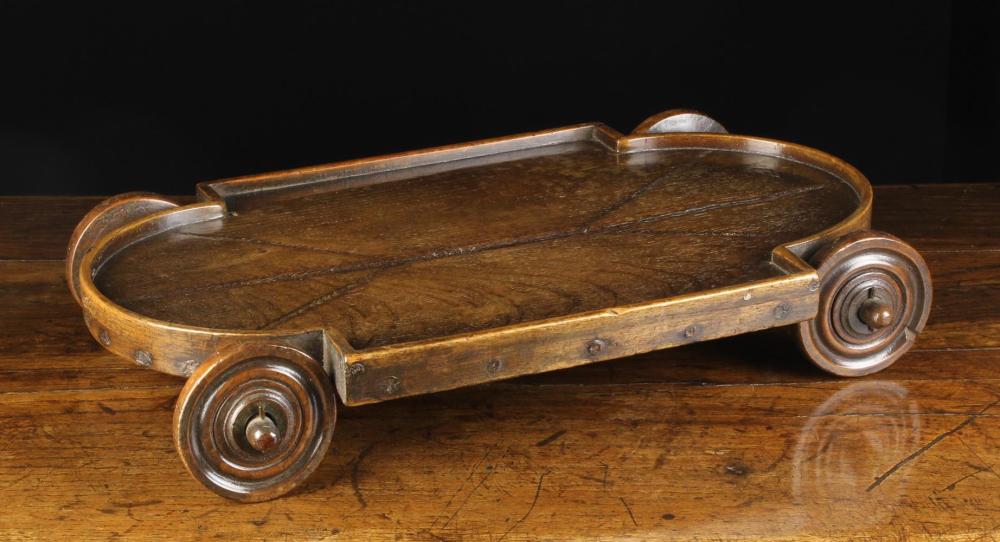 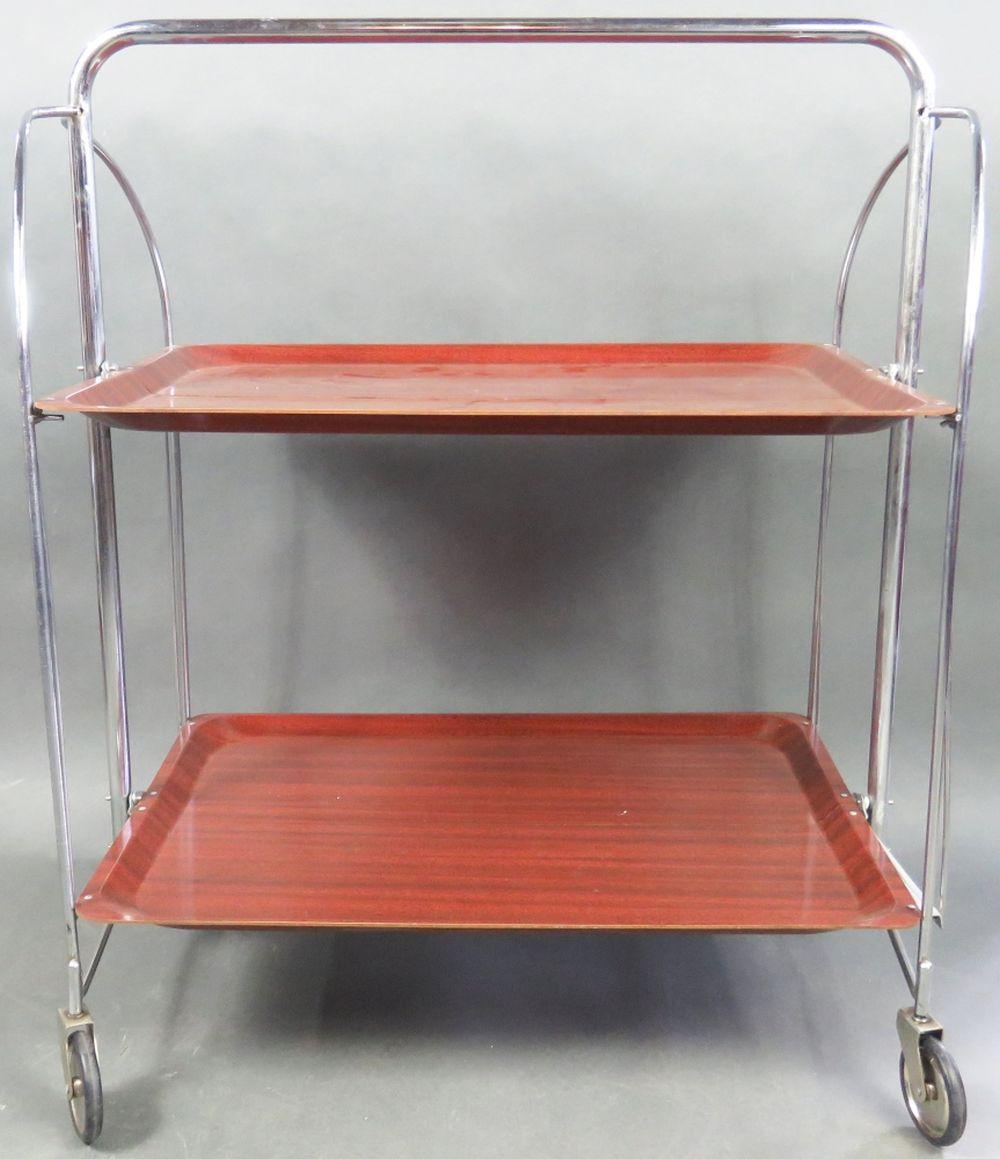 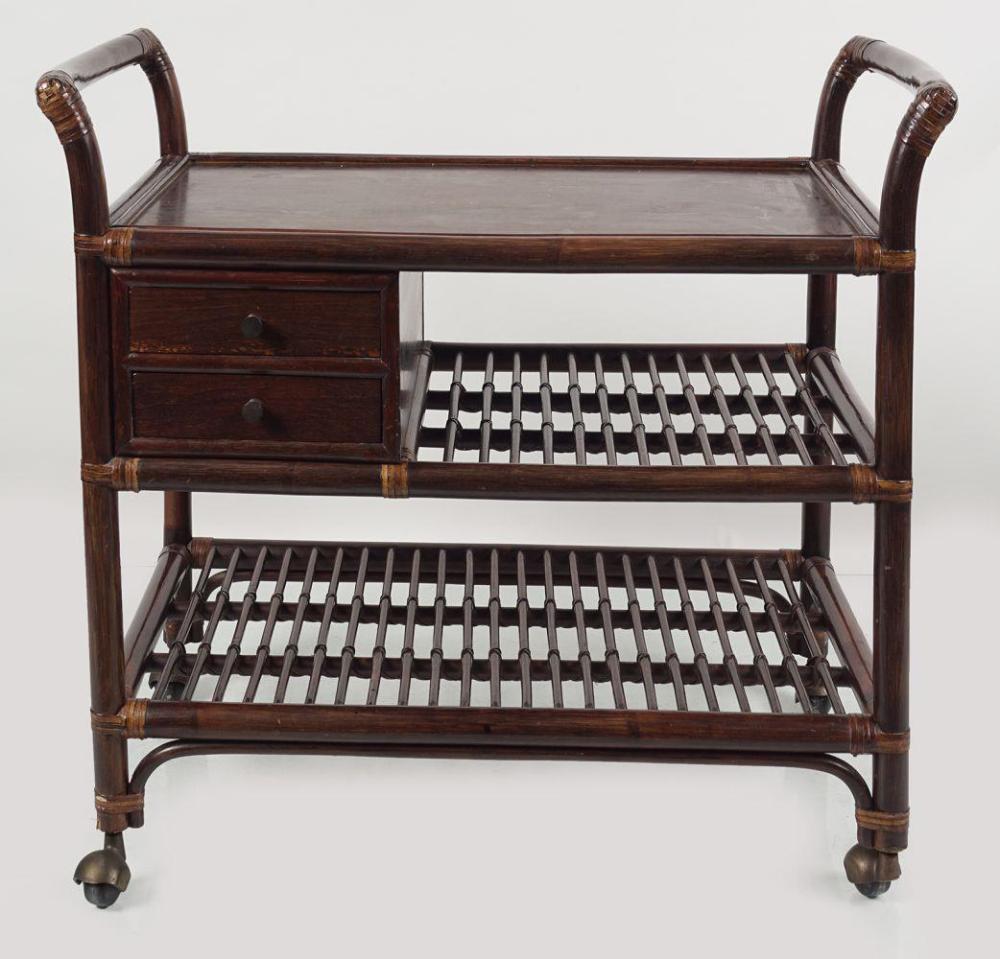 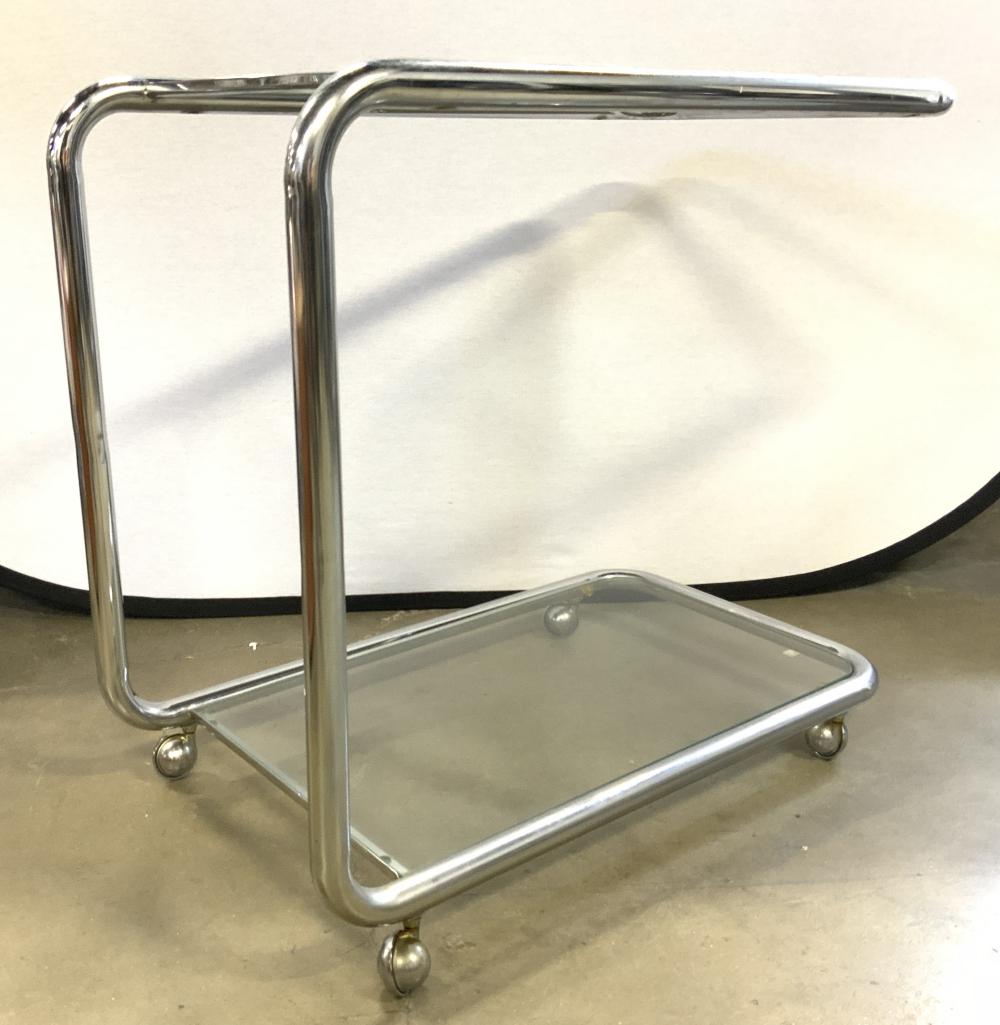 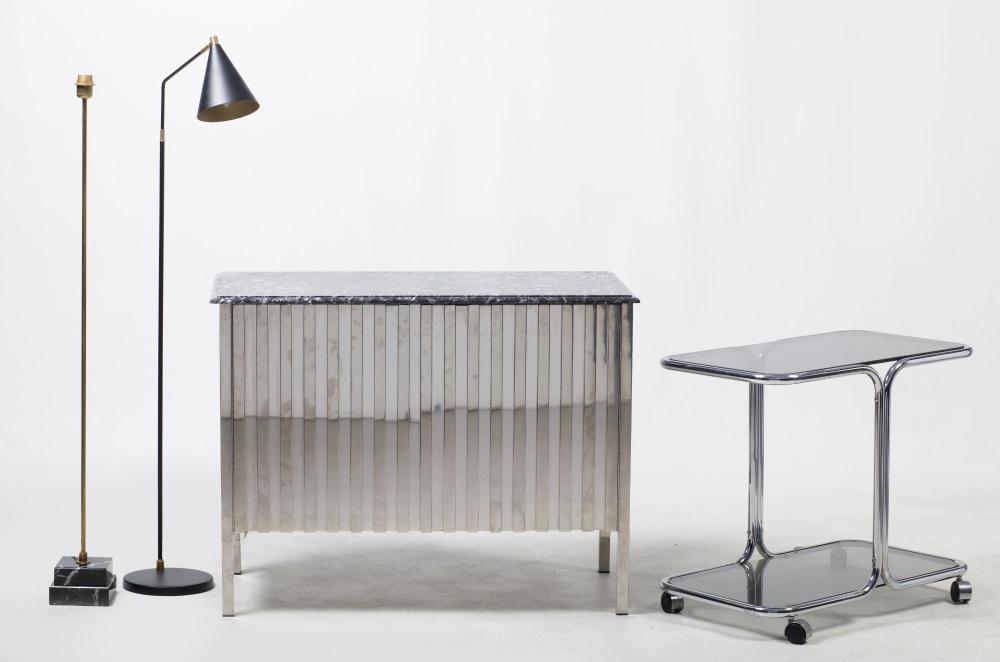 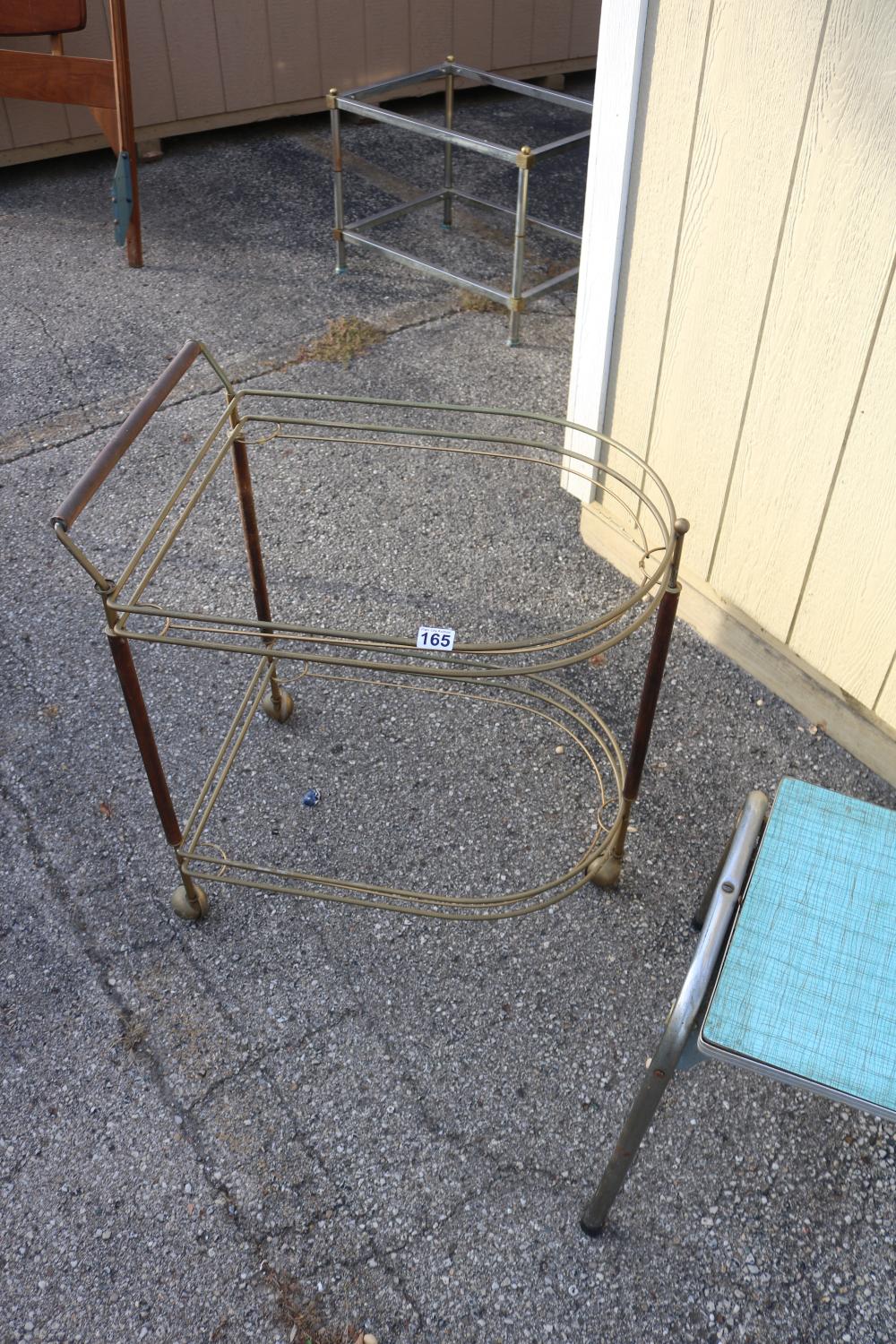 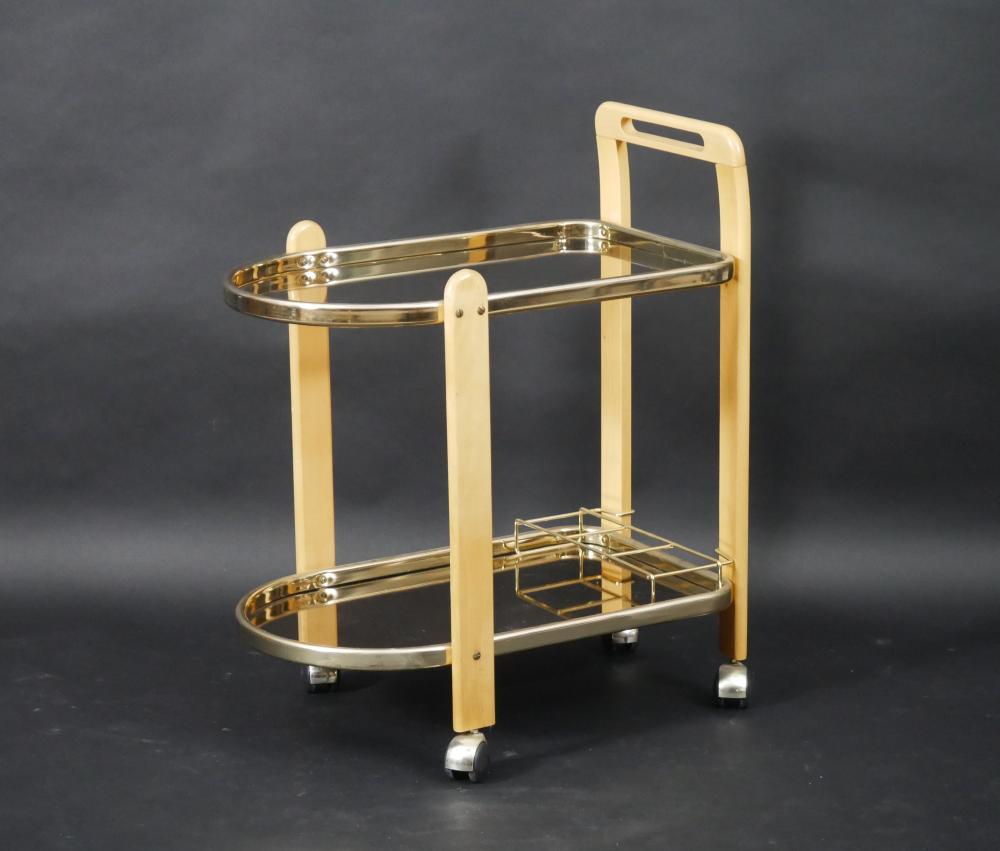 DESSERTE in gilded steel, on four feet with c 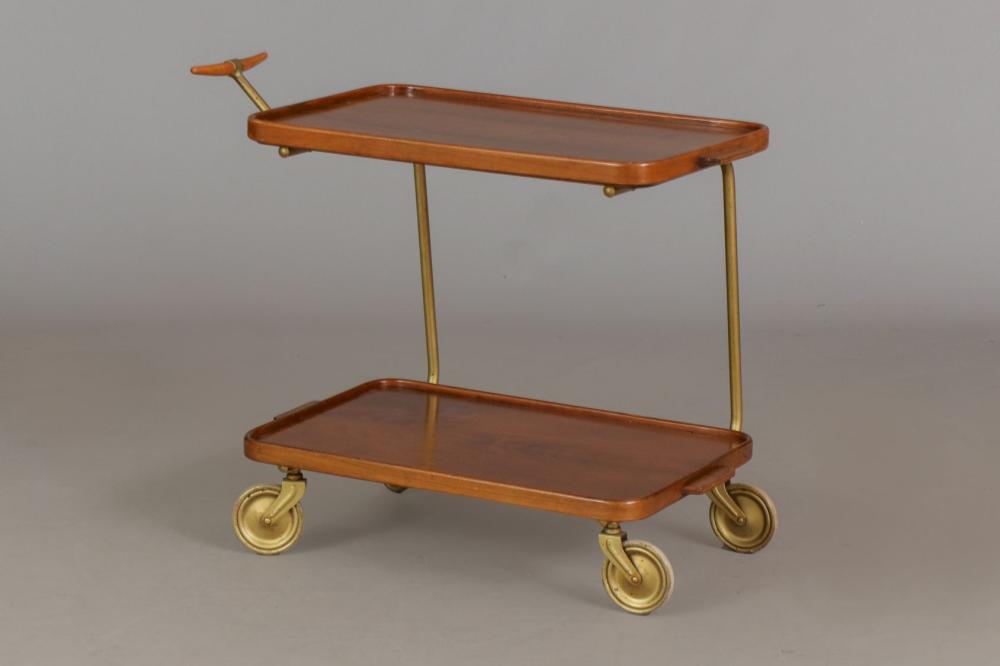 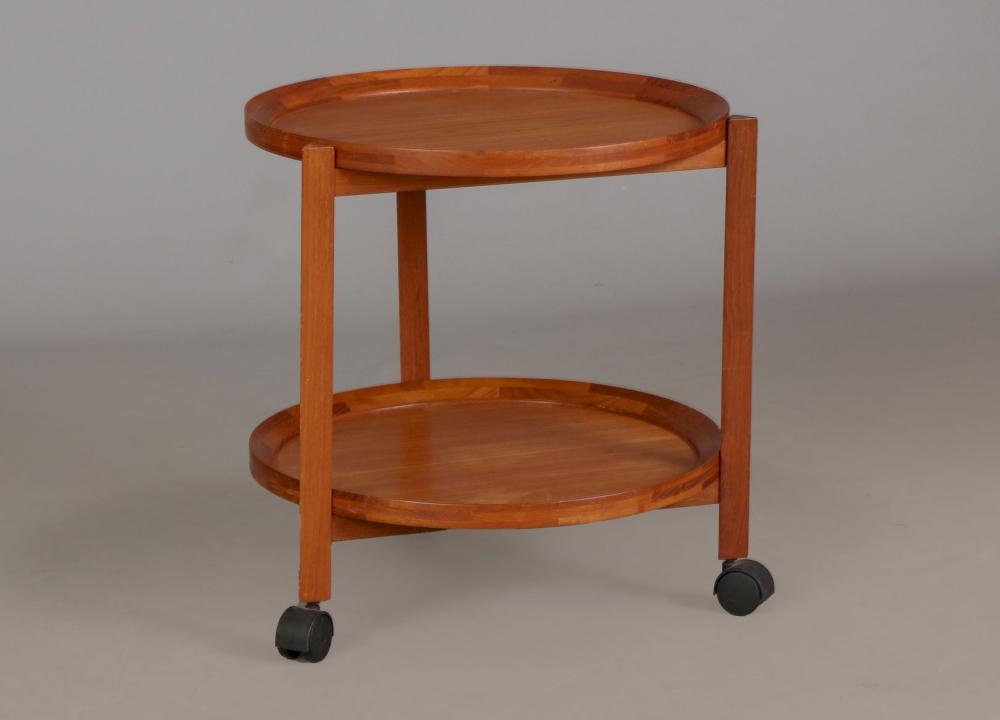