Trays, or shallow platforms used to transport and hold objects, are made of many different materials, including gold, silver, bronze, sheet iron, wood, and molded pulp. Ranging from luxury options to disposable, one-use versions, trays serve a wide variety of purposes depending on the social context.

In Renaissance Italy, deschi da parto, or “birthing trays,” were popular gifts for expectant mothers. Following the birth of the baby, members of the household presented the mother with a tray filled with food, sweetmeats, and wine. Although birthing trays were luxury items often painted by professional artists, affordable options were available to families from different socioeconomic backgrounds. In addition to special events, such as childbirth, trays also functioned as essential elements used for everyday dining and entertaining. During the 19th and 20th centuries, butler’s trays, characterized by carrying handles and a portable stand with folding legs, were used to serve drinks and appetizers and also functioned as side tables. Manufacturers capitalized on the convenience of trays during the 1950s, when TV trays became especially popular, even ubiquitous, furniture pieces within the home.

The styles of trays available today are truly endless, with modern pieces often incorporating dividers, sculpted centerpieces, multimedia elements, and other unique and unexpected characteristics. Additionally, many trays are sold as part of a set accompanied by other furniture or ornamental pieces, enhancing the harmony of a room’s decorative scheme. 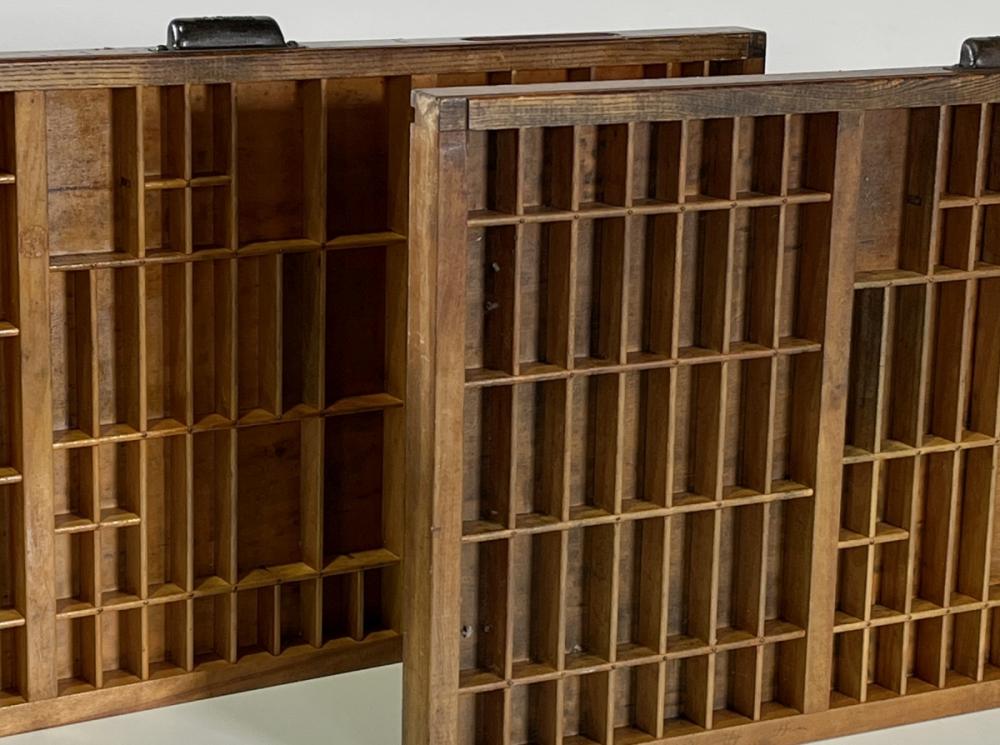 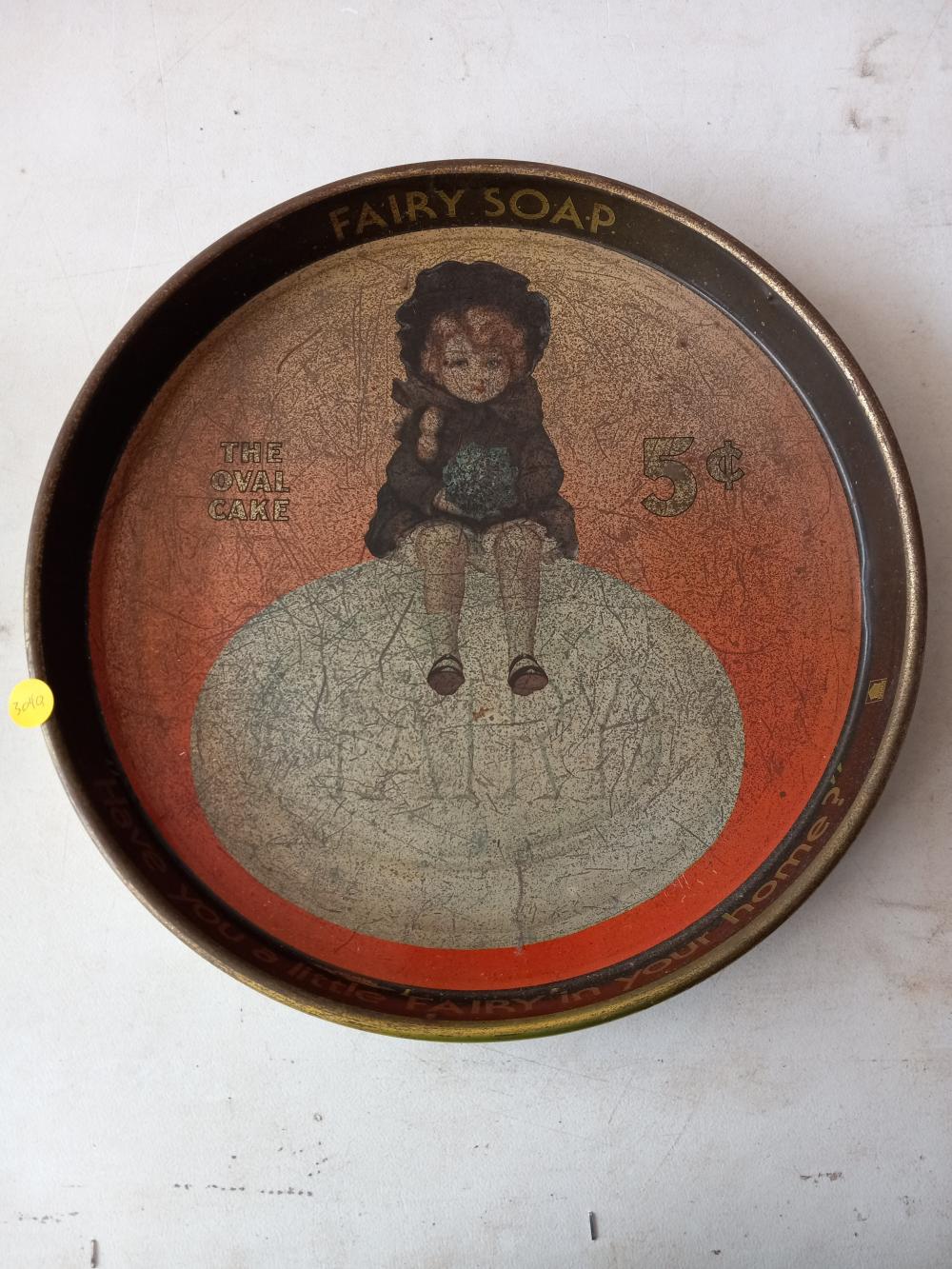 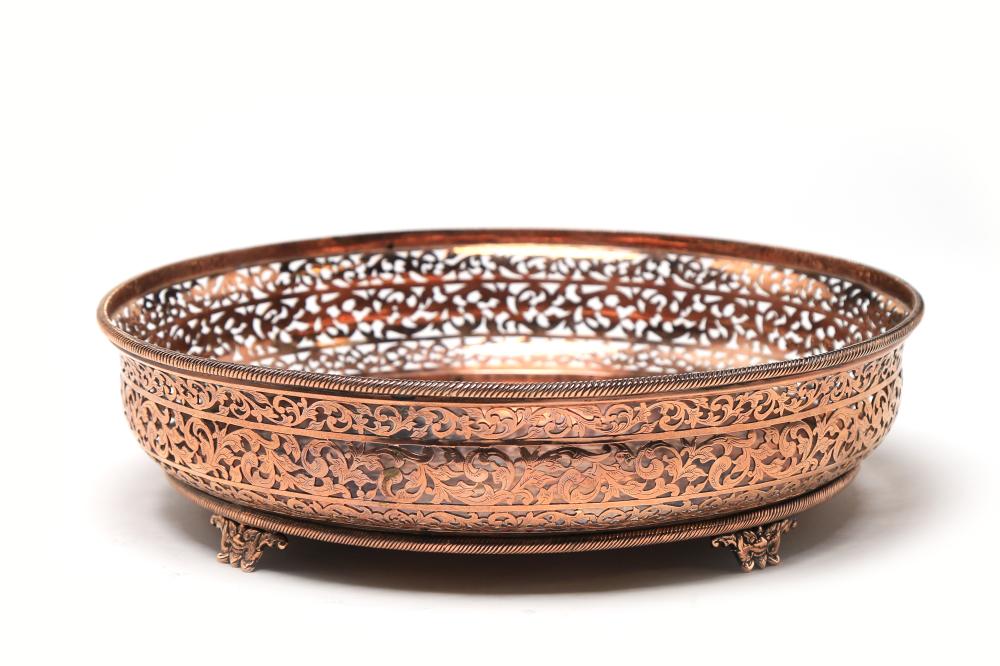 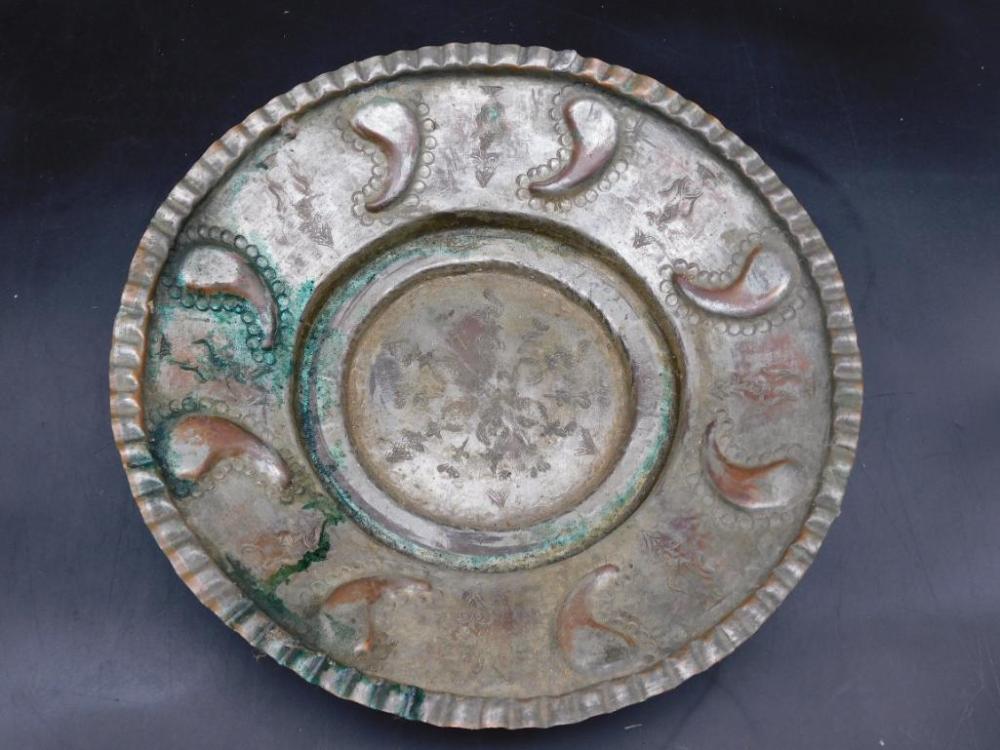 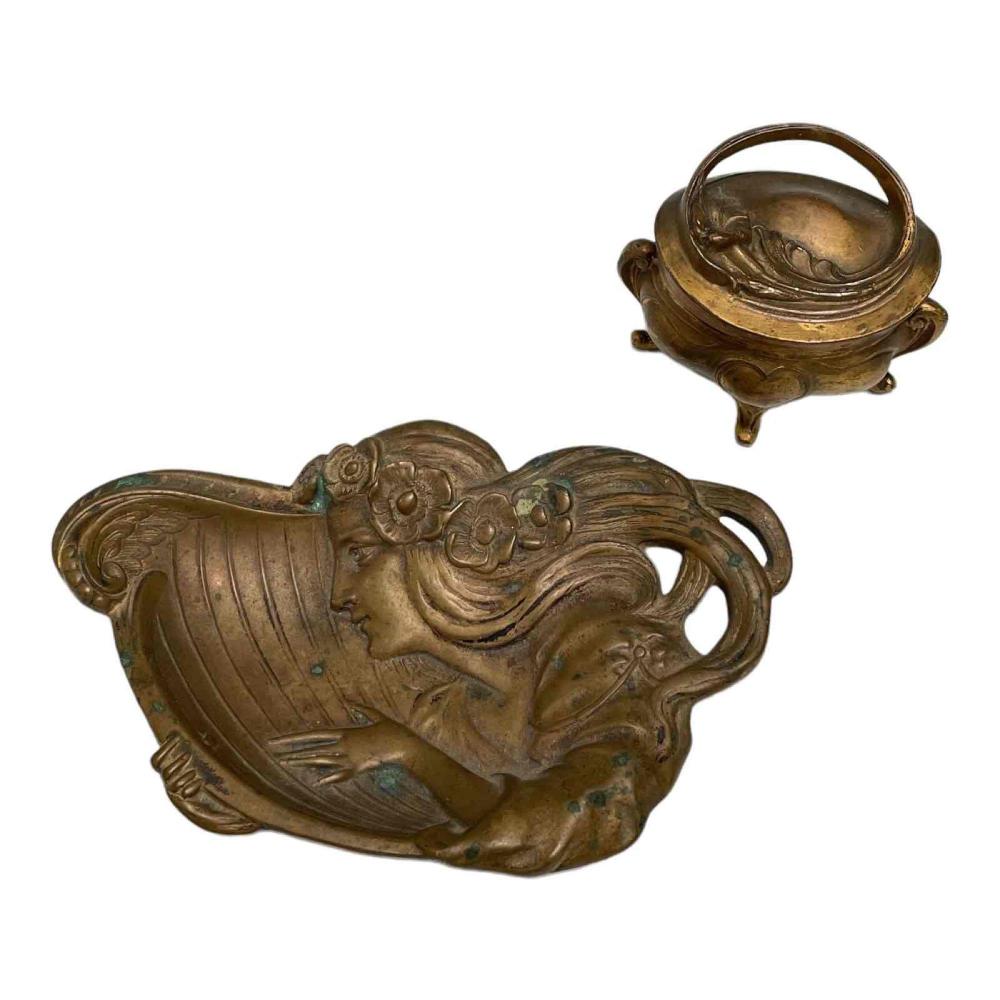 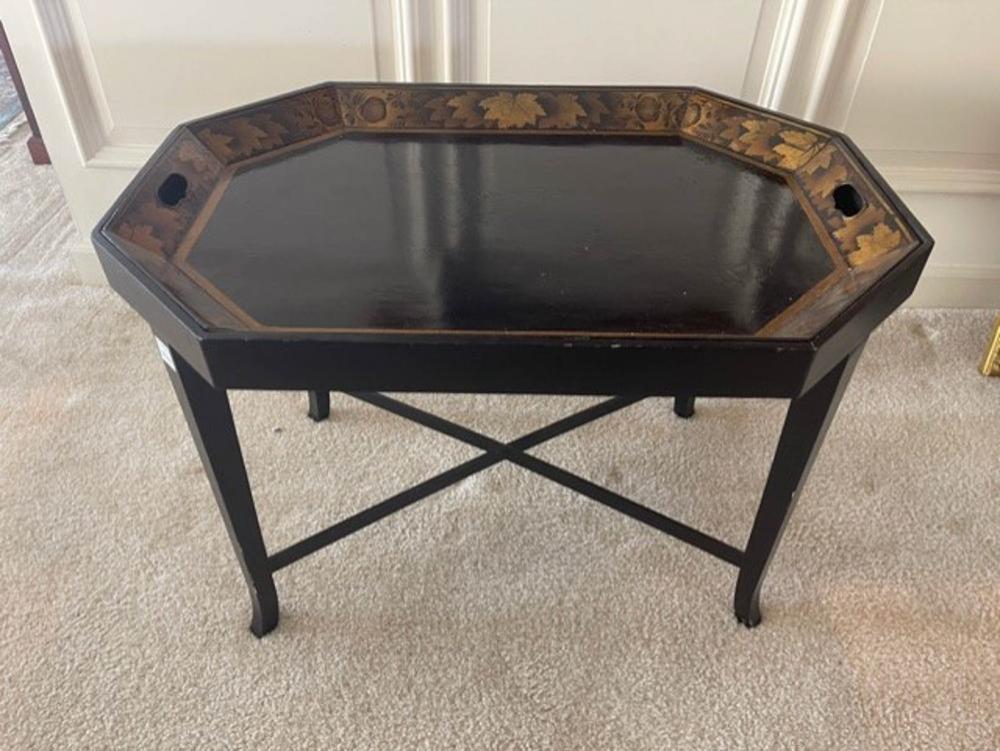 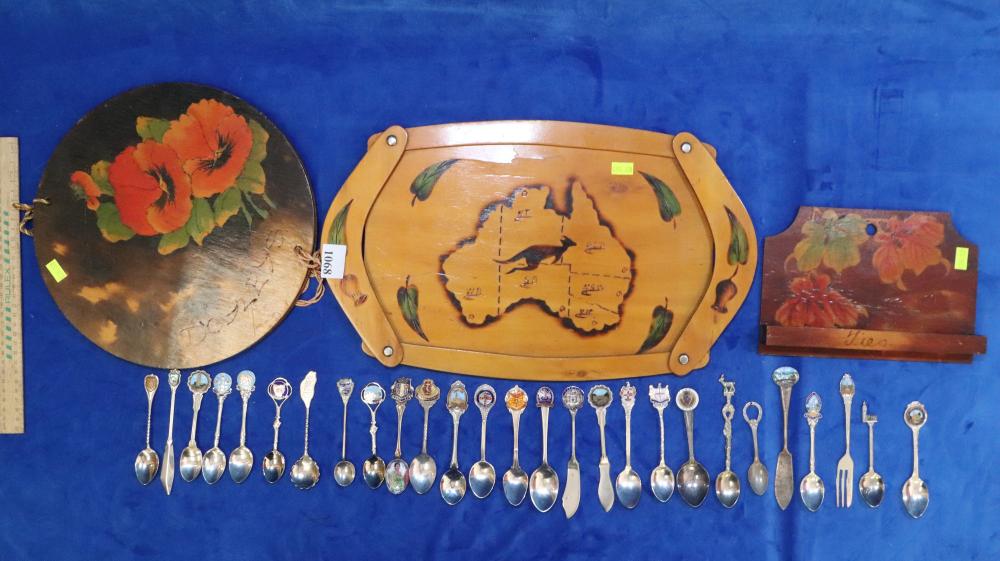 THREE POKERWORK ITEMS, INCLUDING A TIE RACK, DOYLEY PRESS AND TRAY WITH BOOMERANG HANDLES, DECORATED WITH GUM LEAVES AND NUTS. TRAY IS SIGNED MADE IN QLD. 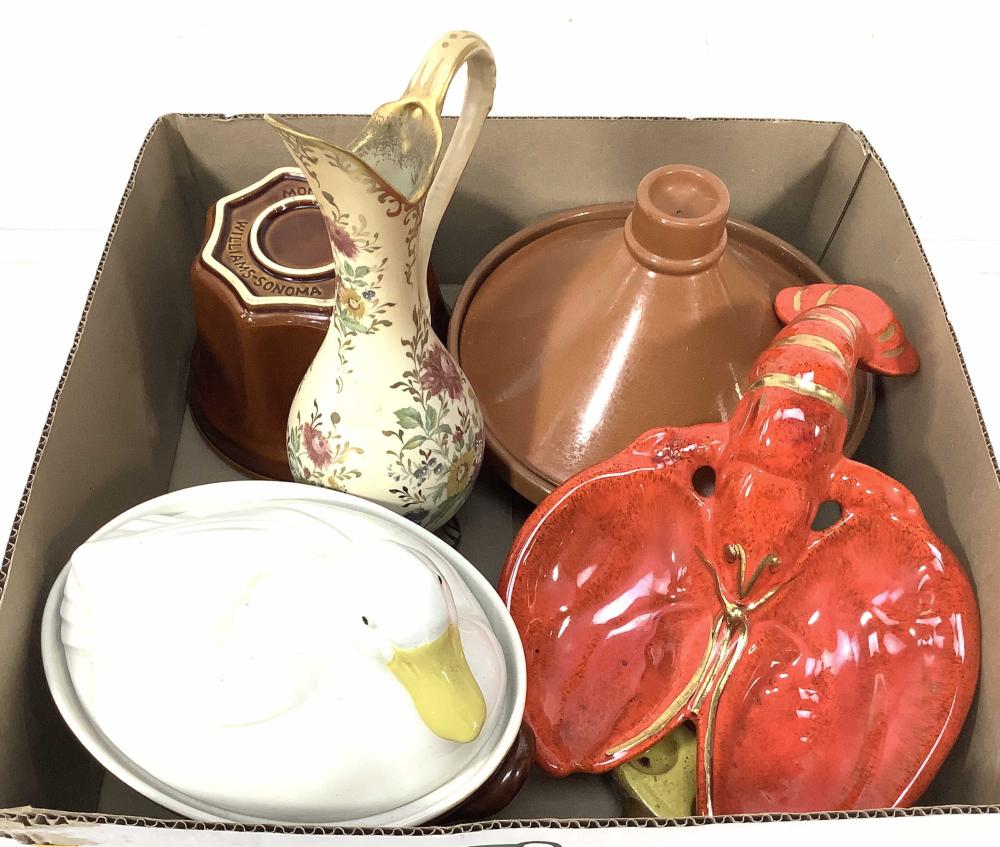 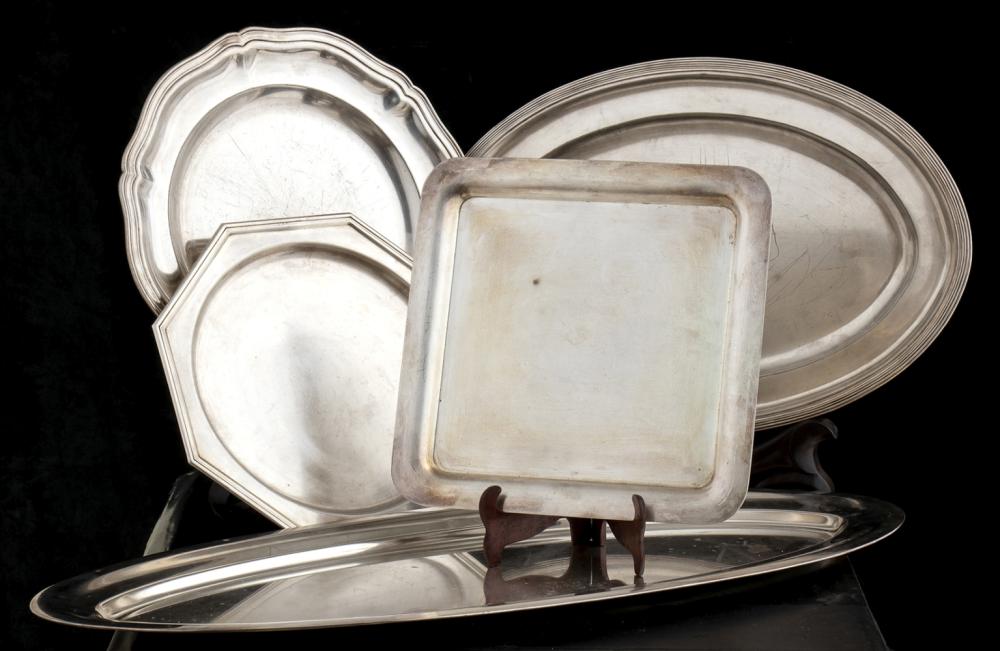 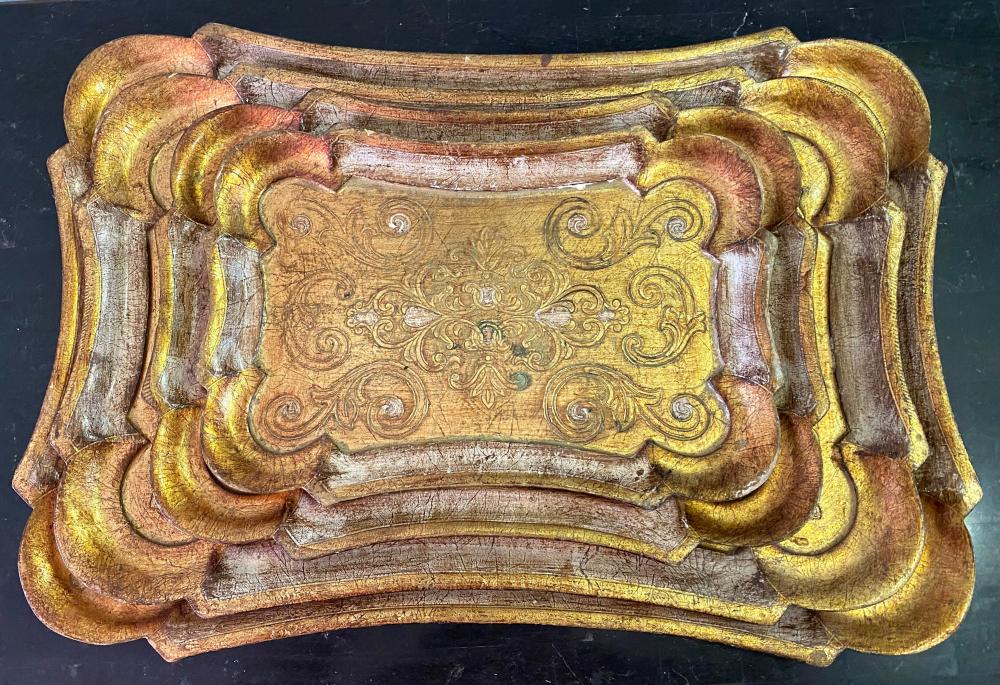 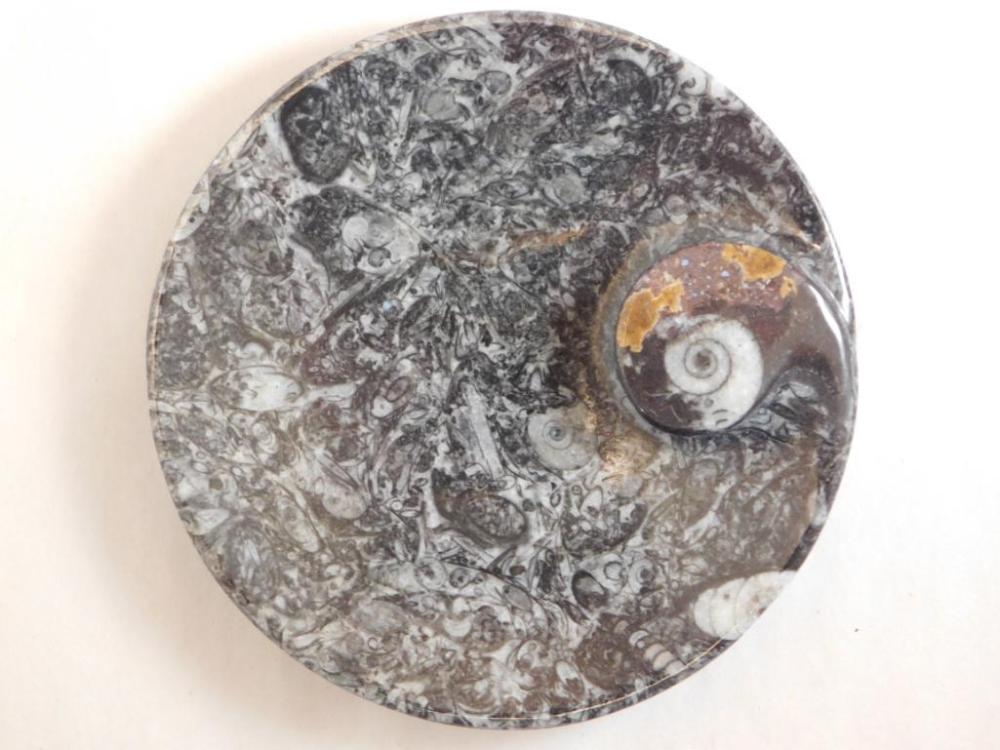 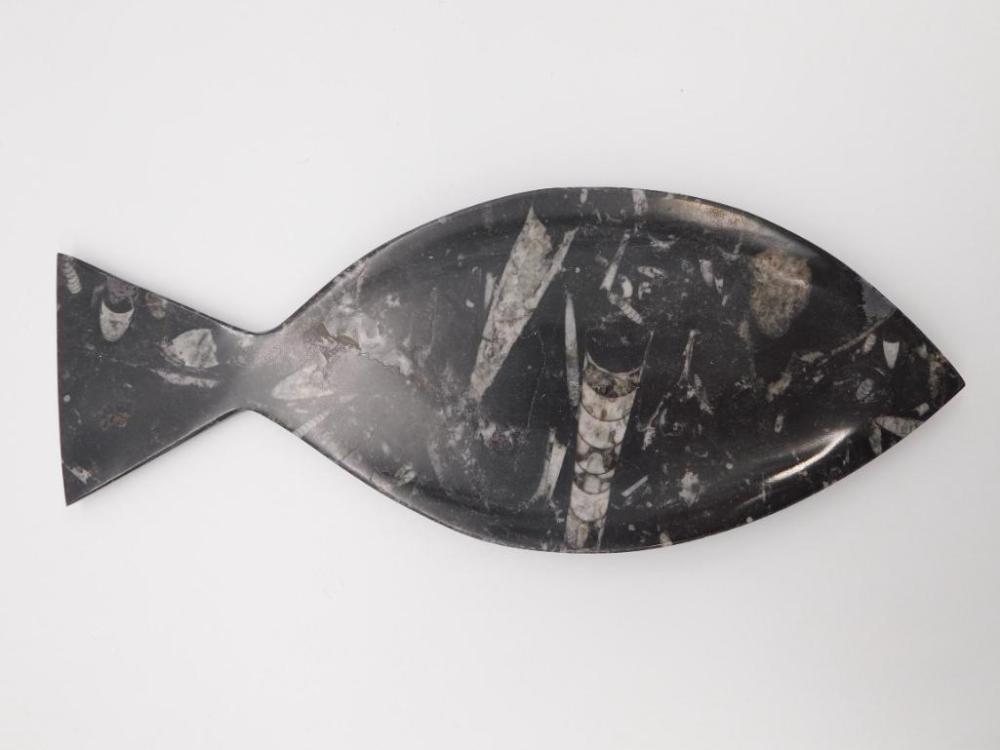 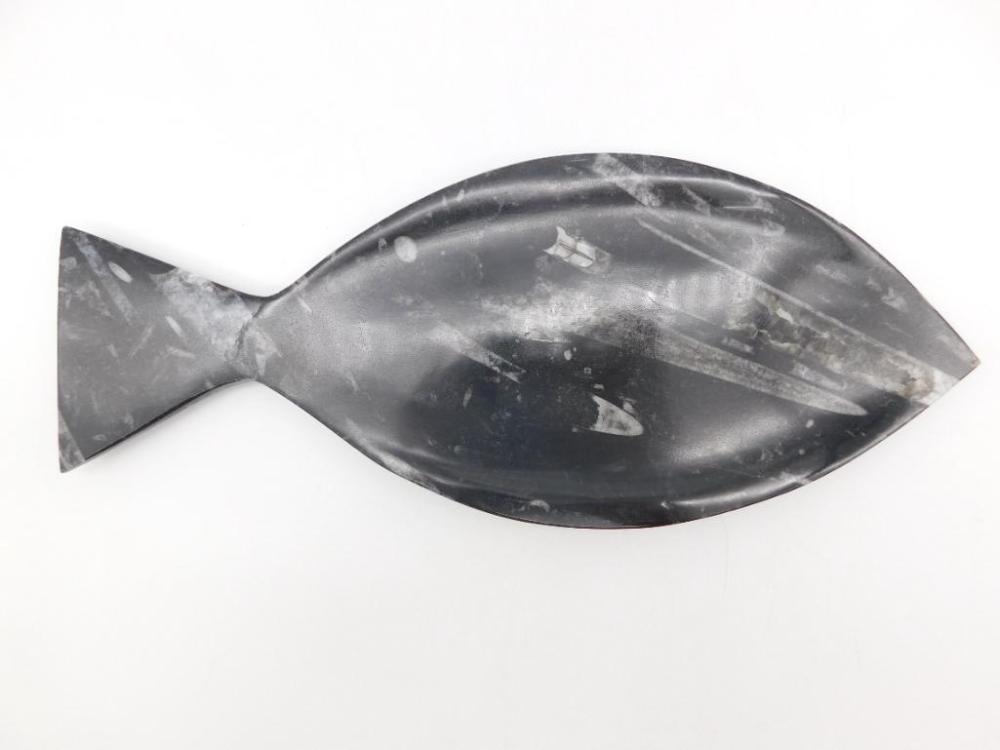 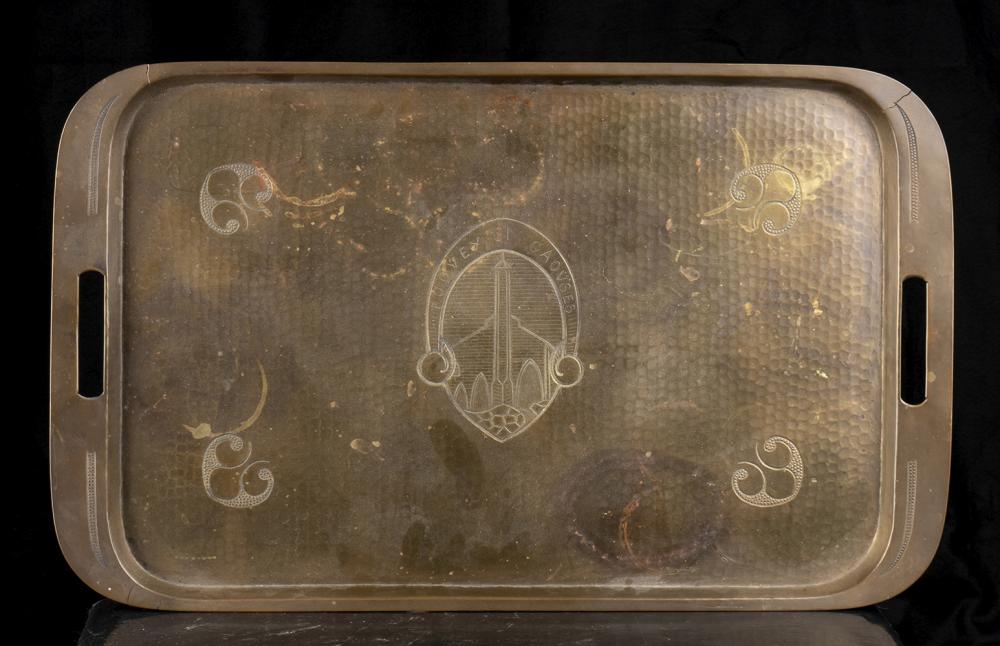 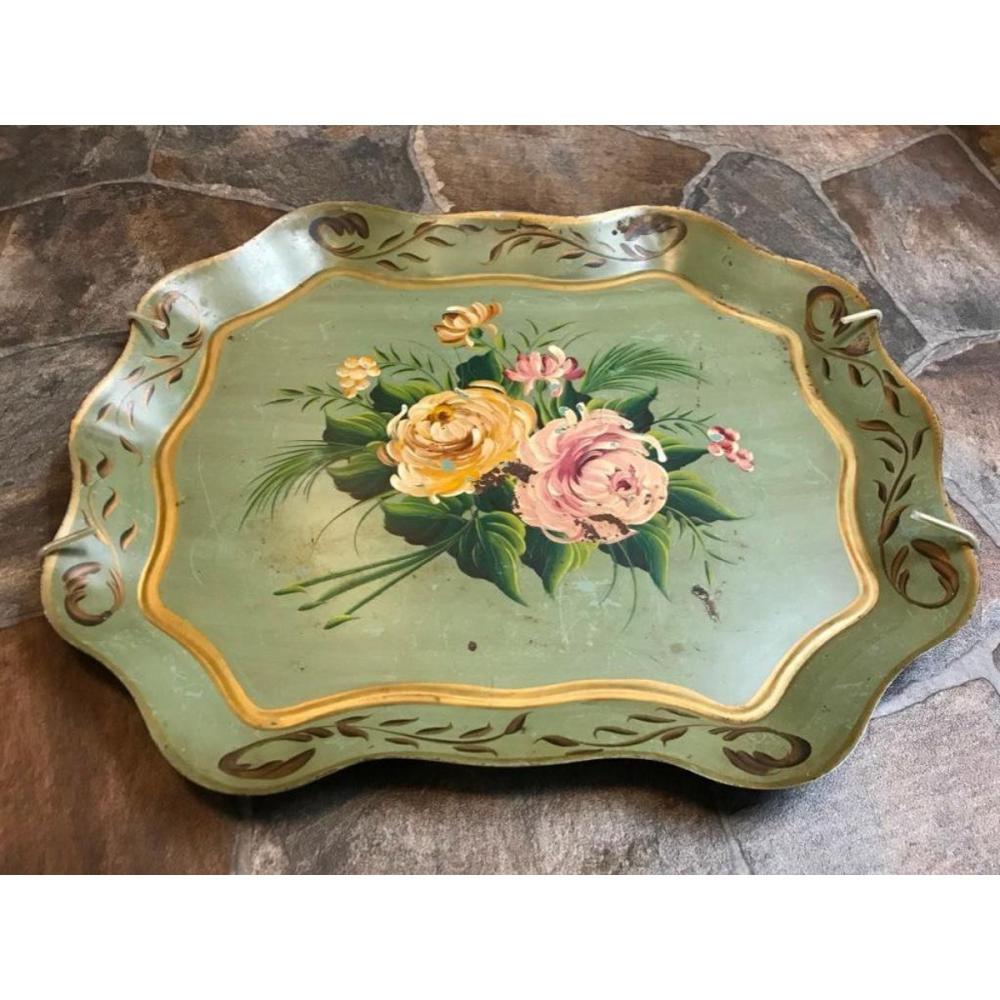 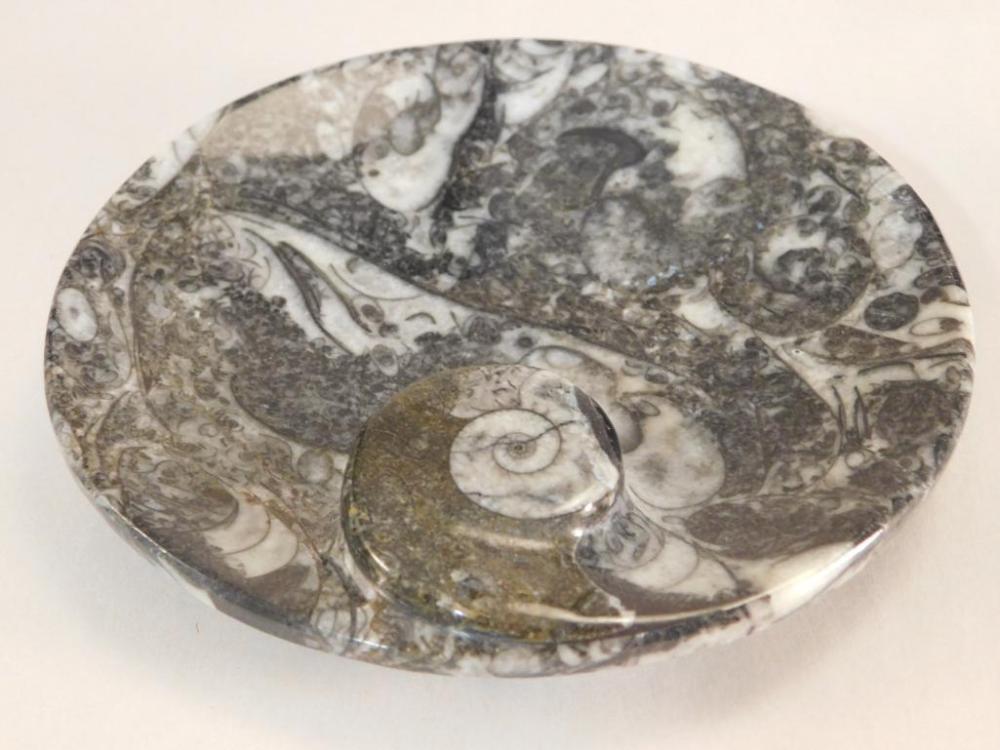 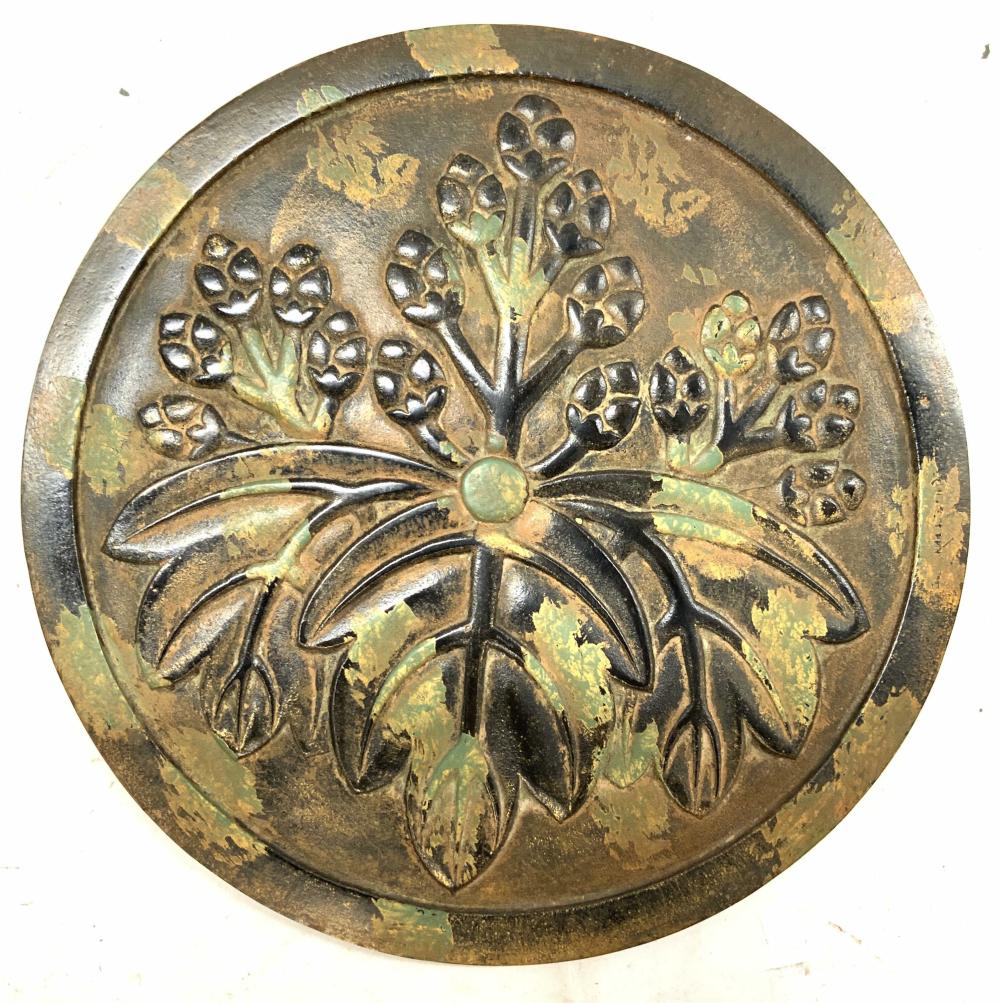 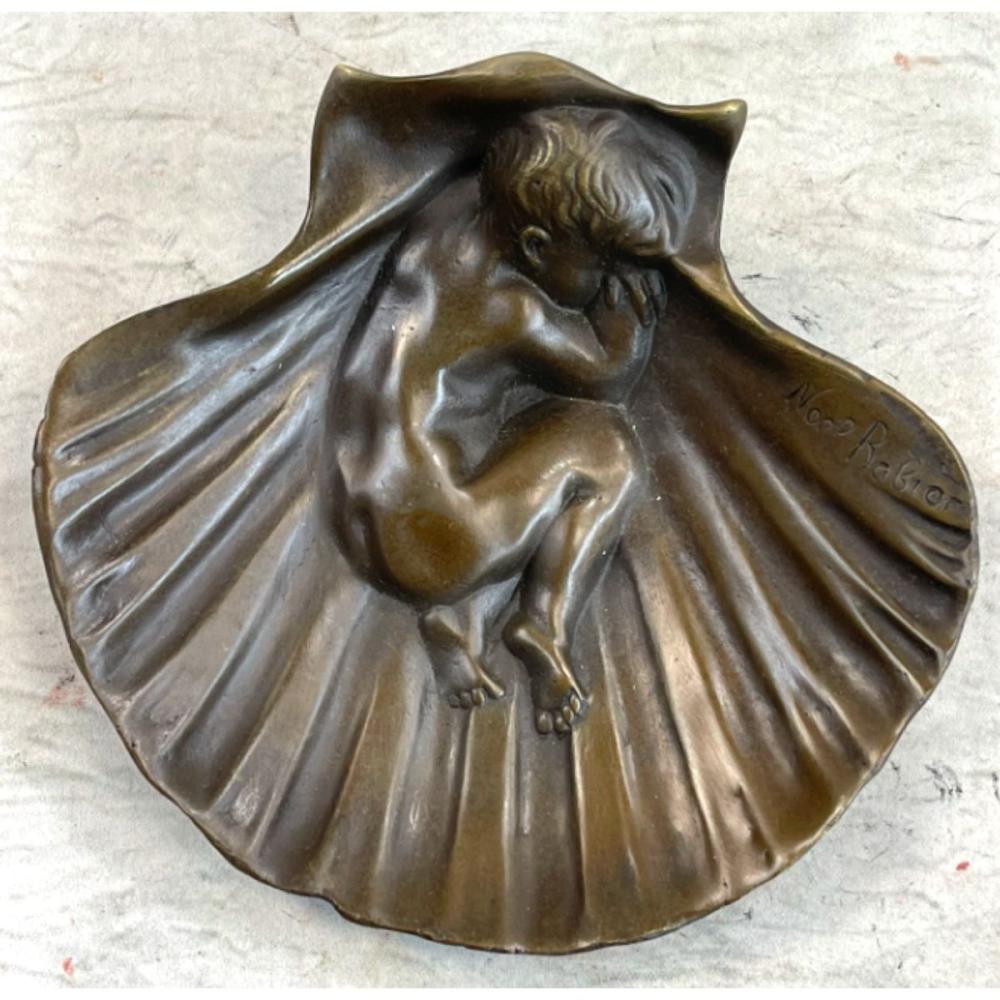 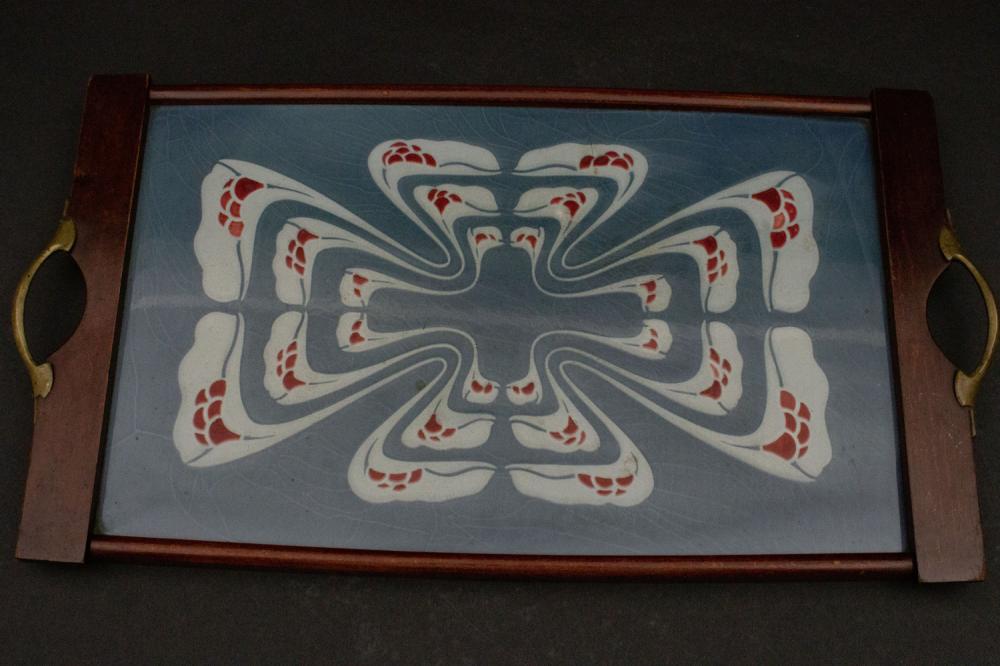 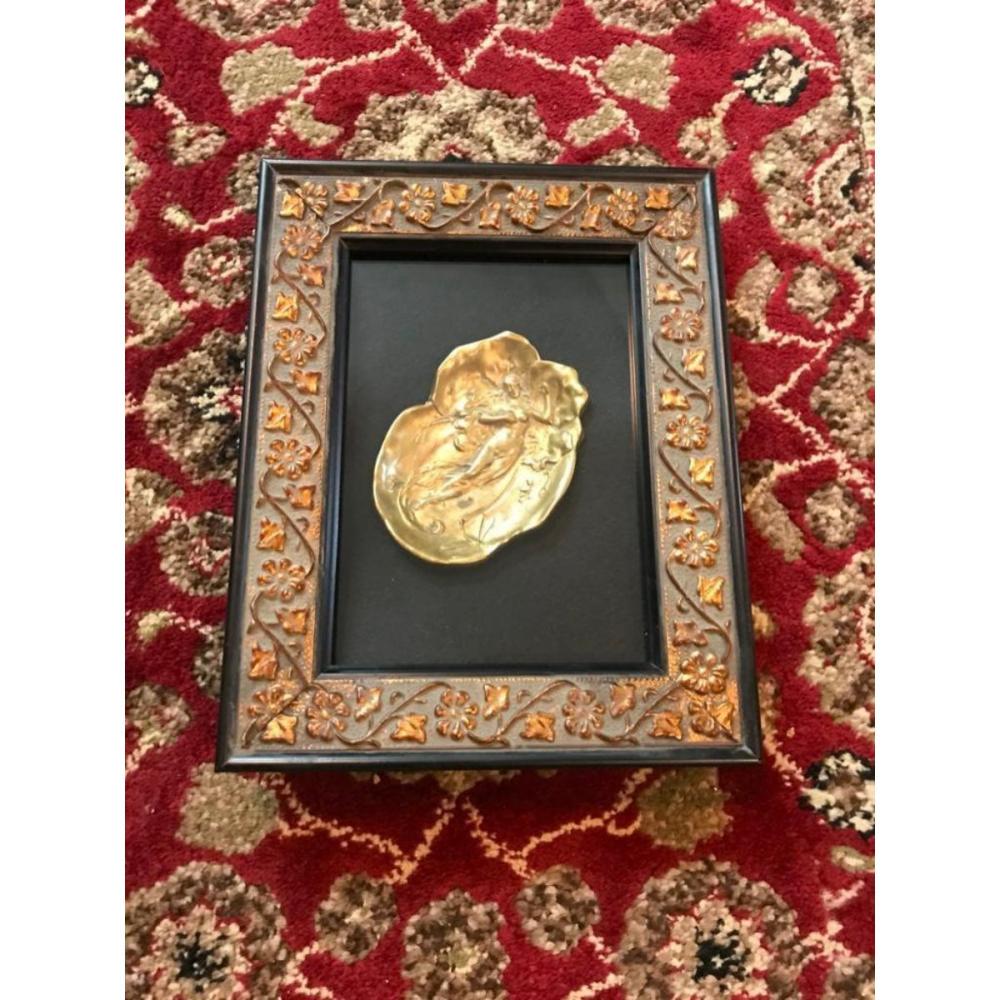