While experts debate the origin of the violin, it was most likely derived from an Arabic instrument called the rabab which dates to the 9th century A.D. This instrument was made from a gourd with a long neck. It had two silk strings which were attached to an endpin and strung to pegs that were used to tune the strings in fifths. The rabab was held in a person's lap and played with a bow. After the Crusades, similar instruments appeared in Europe, including the rebec in Spain and the vielle in France.

The violin as we know it originated in Italy in the 1500s. Andrea Amati of Cremona is the first known documented violin maker. The oldest-surviving violin, dating to 1560, is one of Amati's instruments. Antonio Stradivari, the most famous violin maker in history, was an apprentice of Amati's son, Nicolo. Stradivari made more than 1,000 instruments during the later 1600s and 1700s, most of which were considered the highest-quality instruments made. Today, Stradivarius violins are the most valuable – and the most counterfeited -- instruments on the market.

Other famous makers of antique violins who were contemporaries of Stradivari include Jacob Stainer, the first important violin maker outside of Italy, and Matthias Klotz, a German violin maker who studied with both Nicolo Amati and Jacob Stainer. Joseph Guarnerius del Gesu, member of the violin-making Guarneri family of Venice, is considered to be second only to Stradivari in the quality of his instruments. 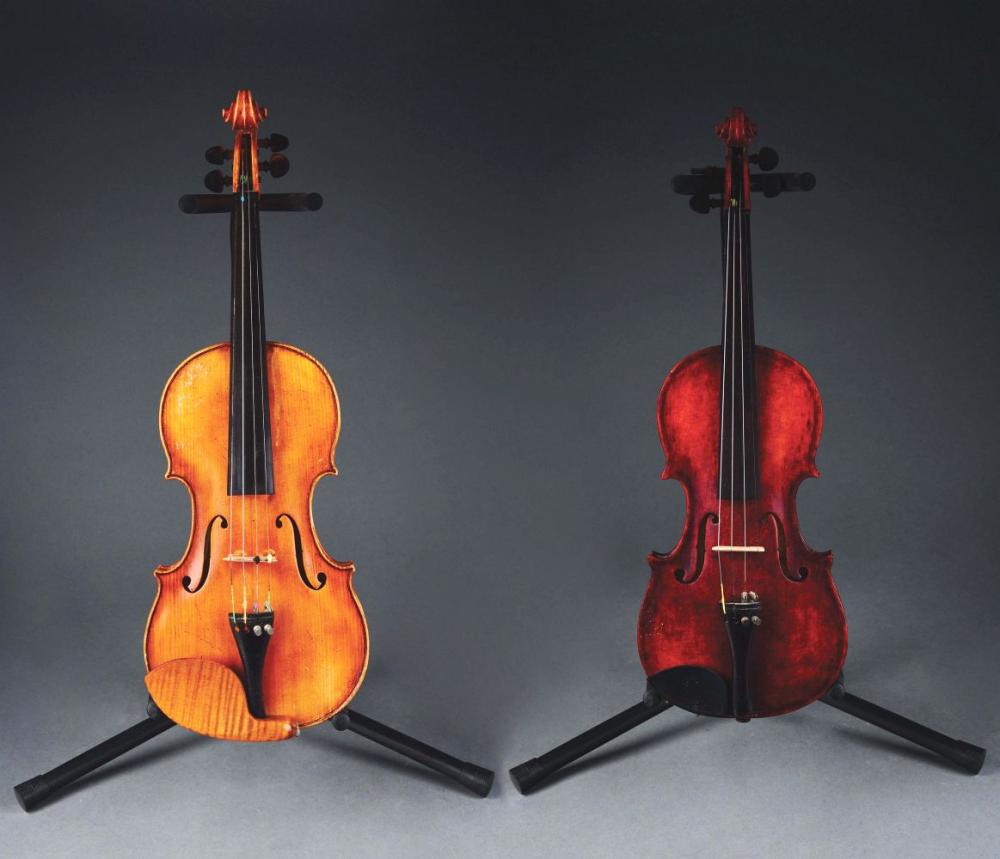 2 antique violins with cases. One with faux tiger grain. The other probably German, with various repairs and restoration. German violin, copy of Stradivarius. Inlaid edge and back with floral design and mother of pearl. 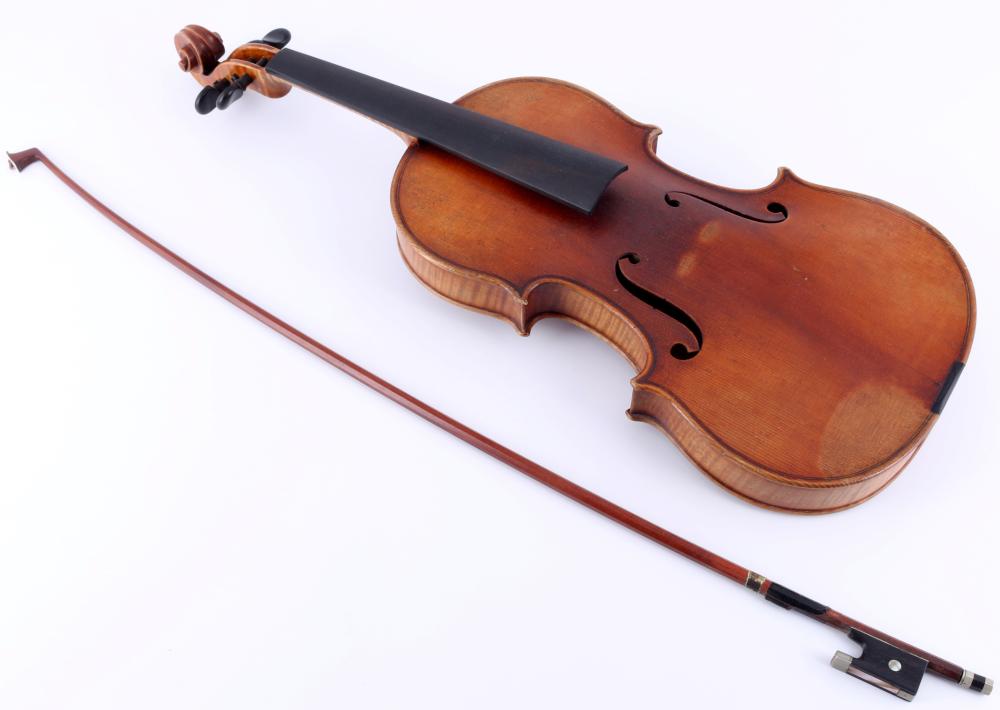 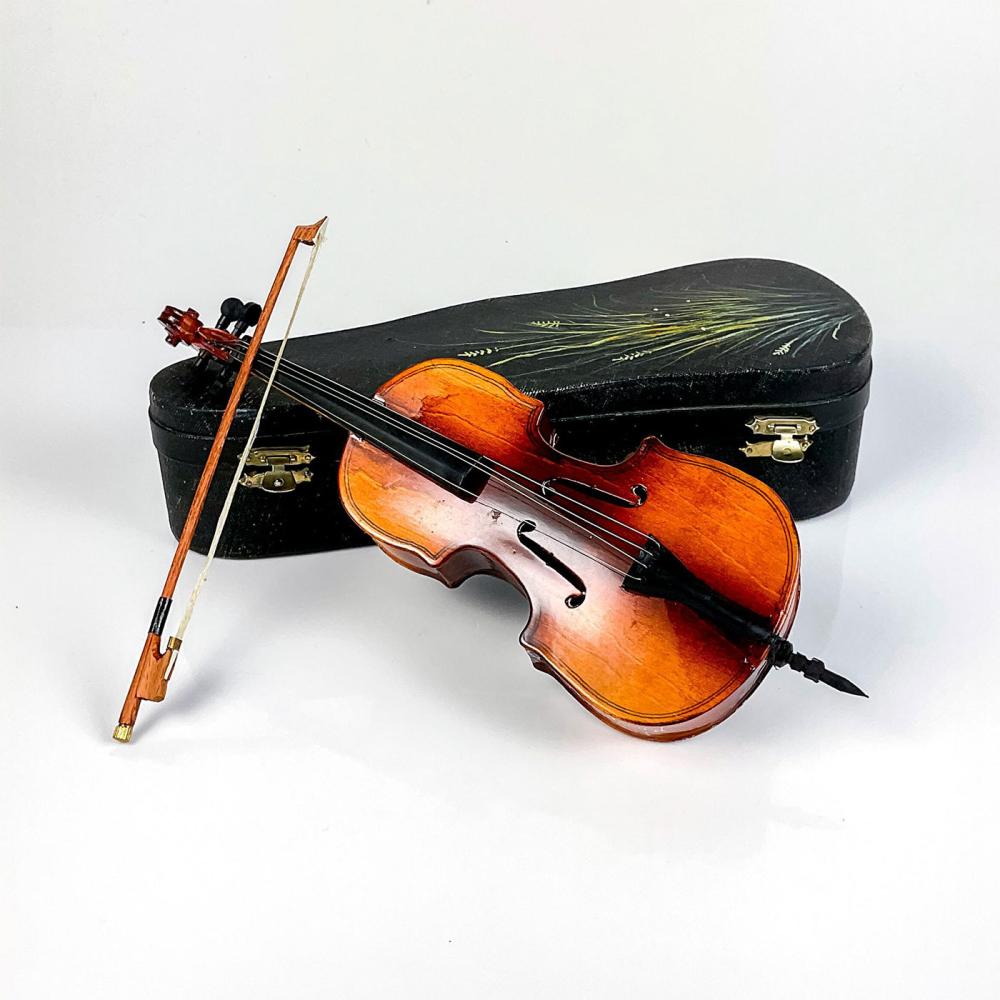 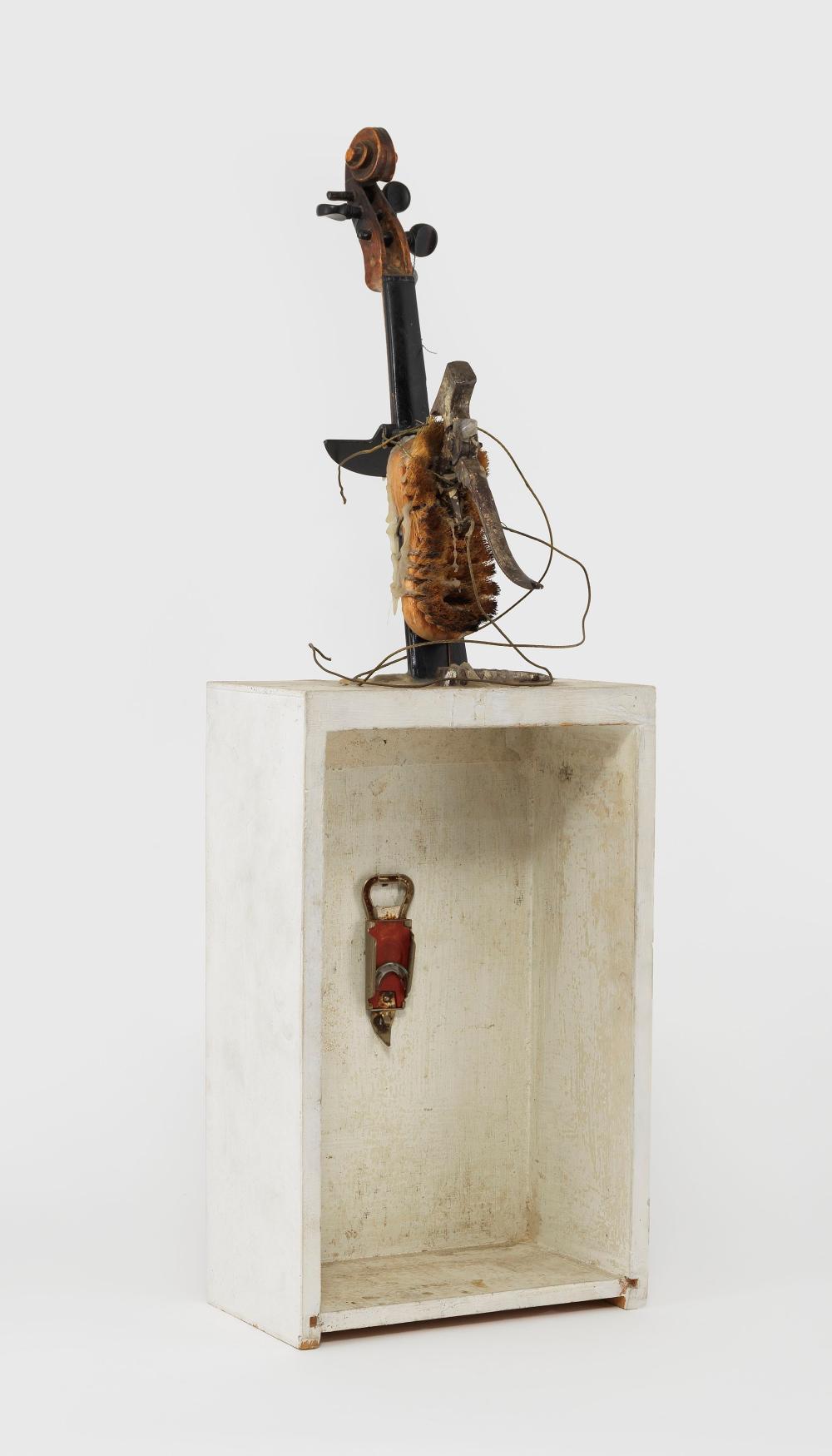 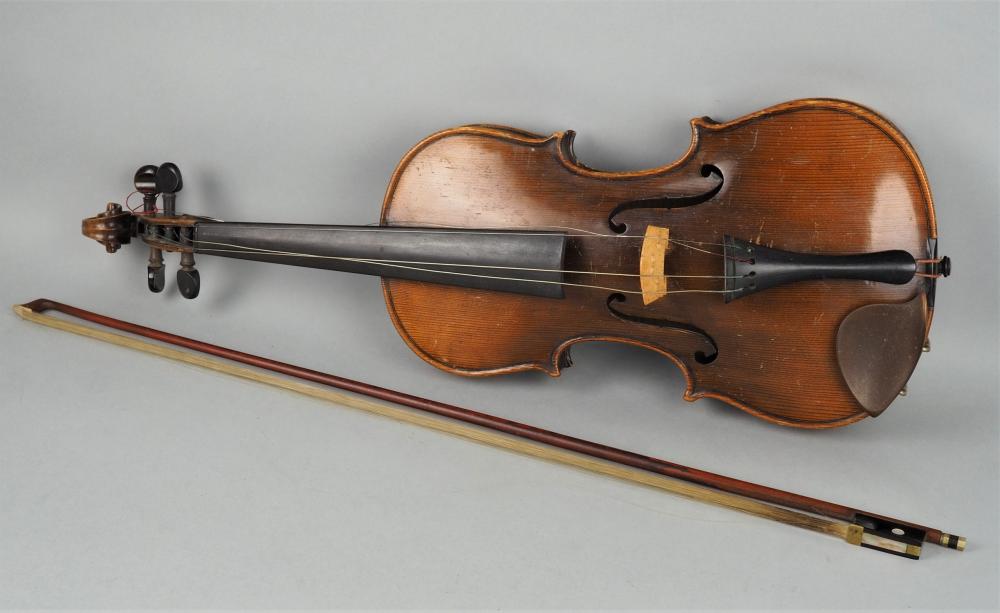 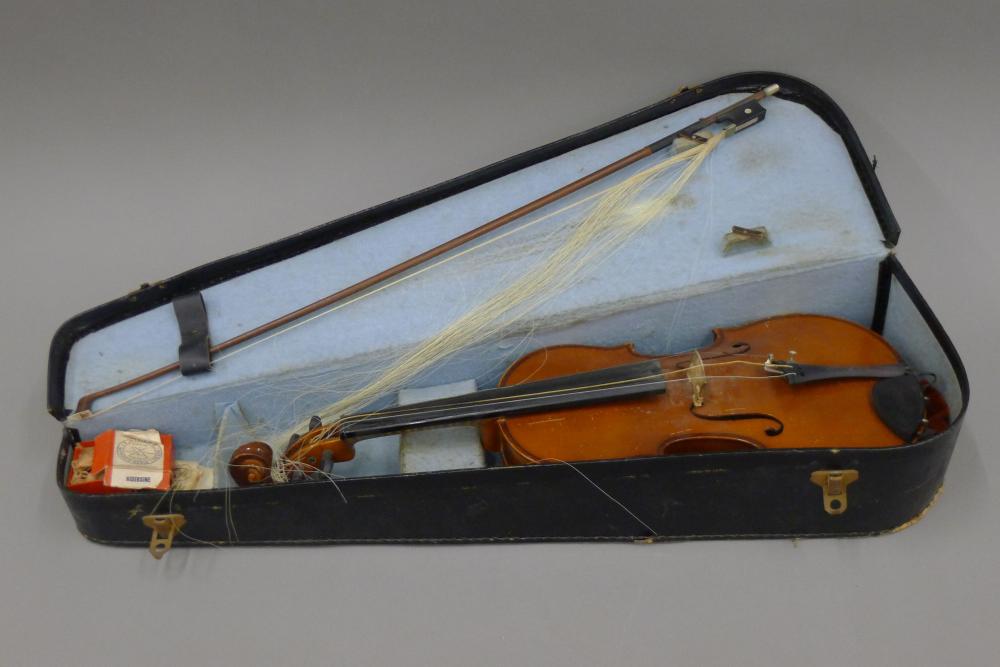 A cased violin and bow. The violin 60 cm long. 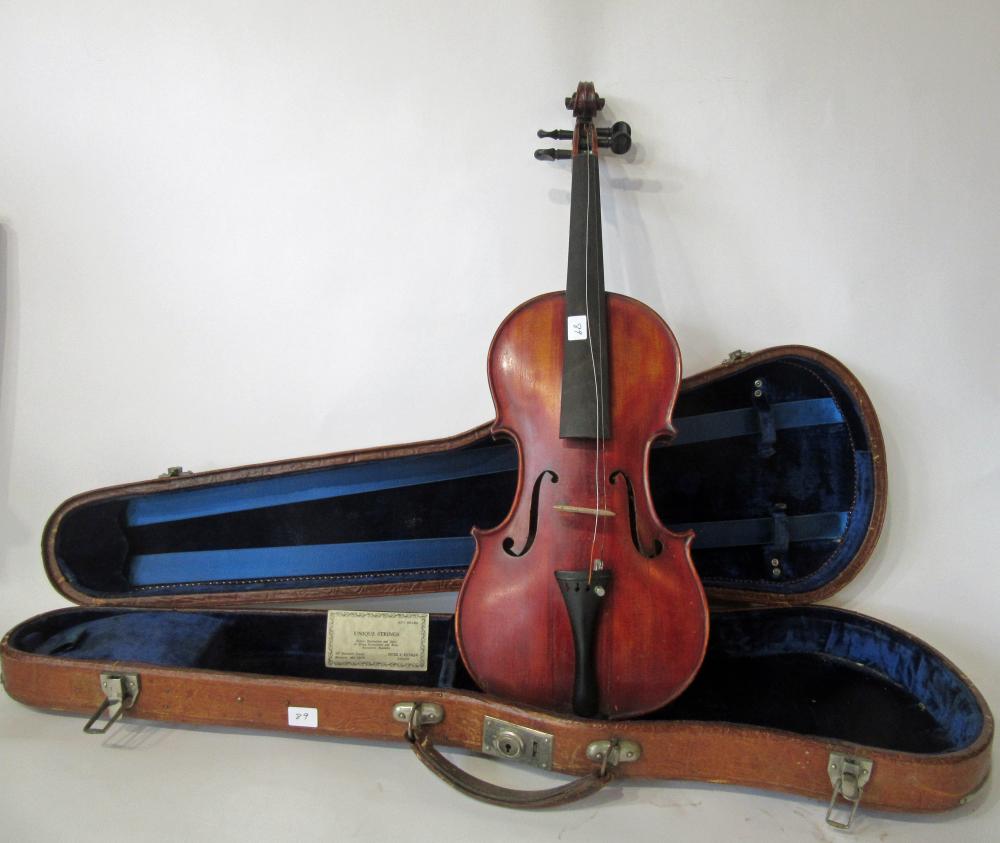 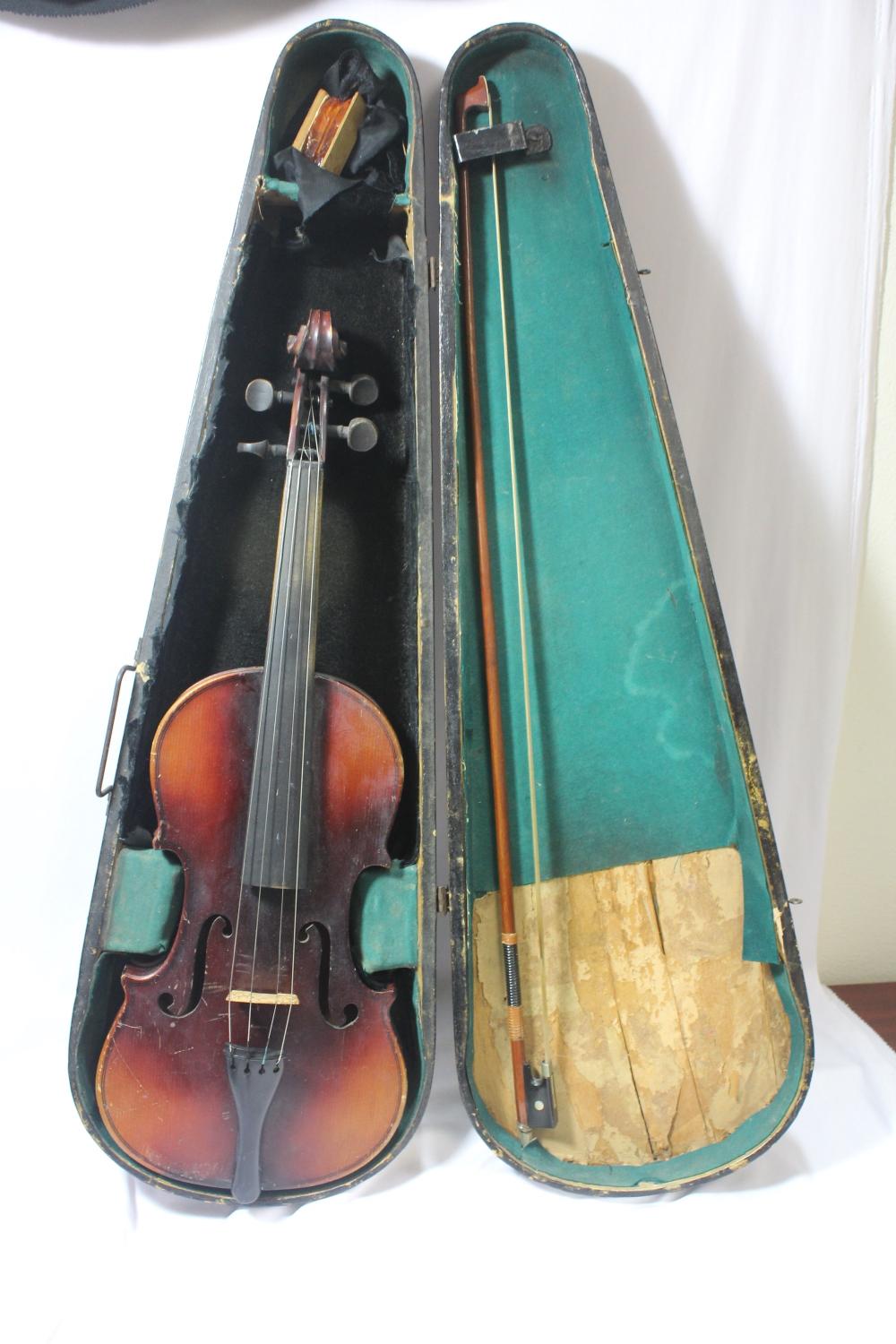 A Copy of Antonius Stradivarius Violin 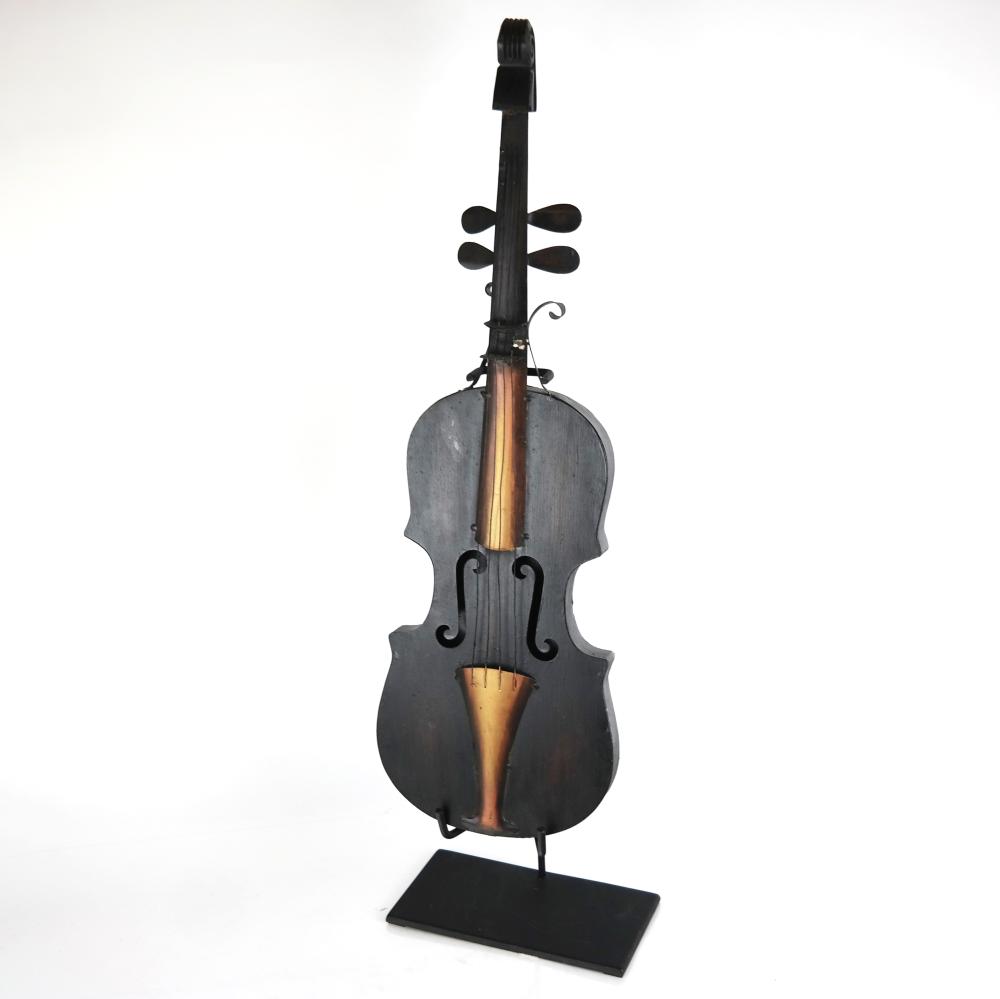 Painted Tole Model of a Violin on a Stand 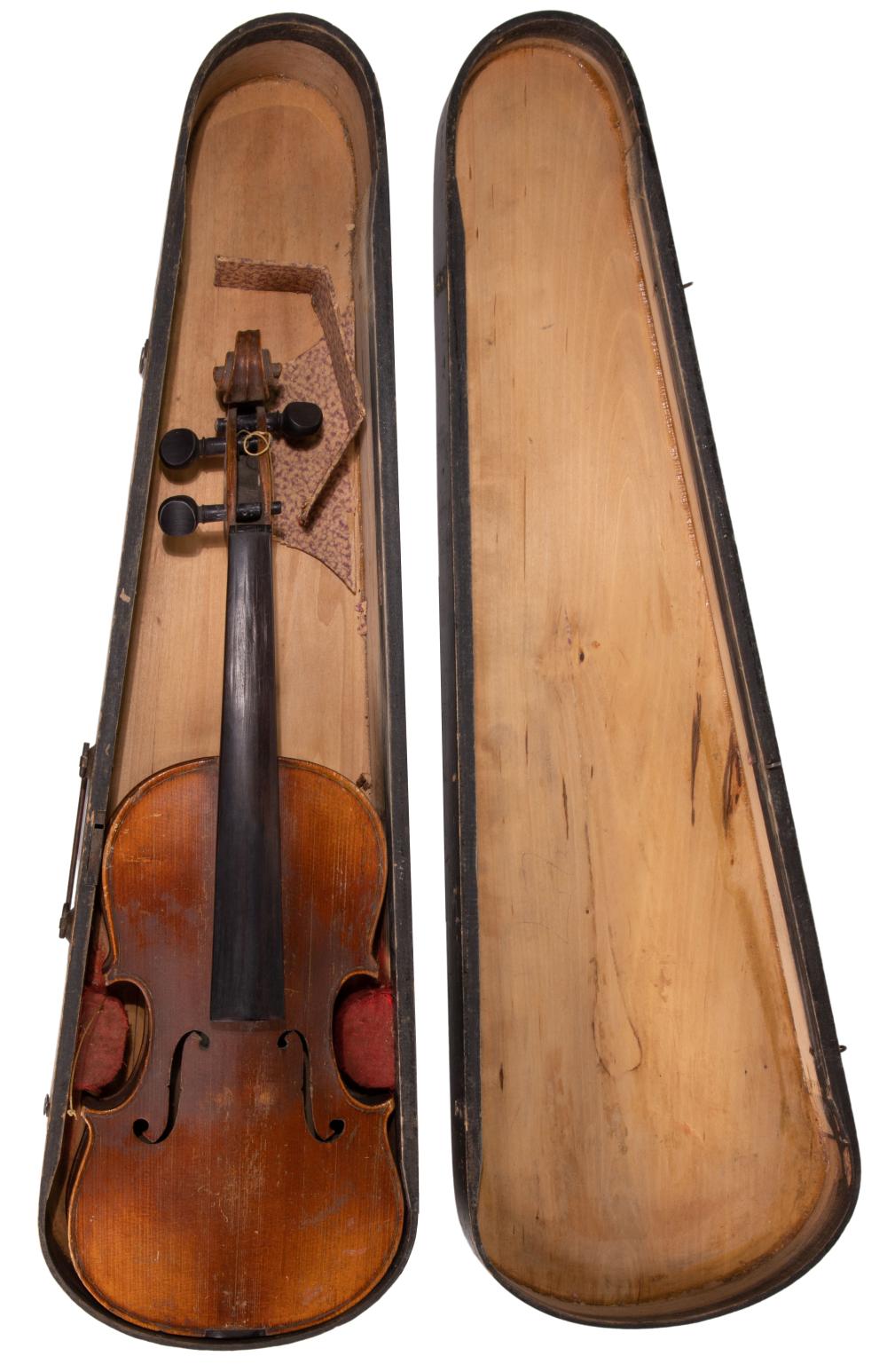 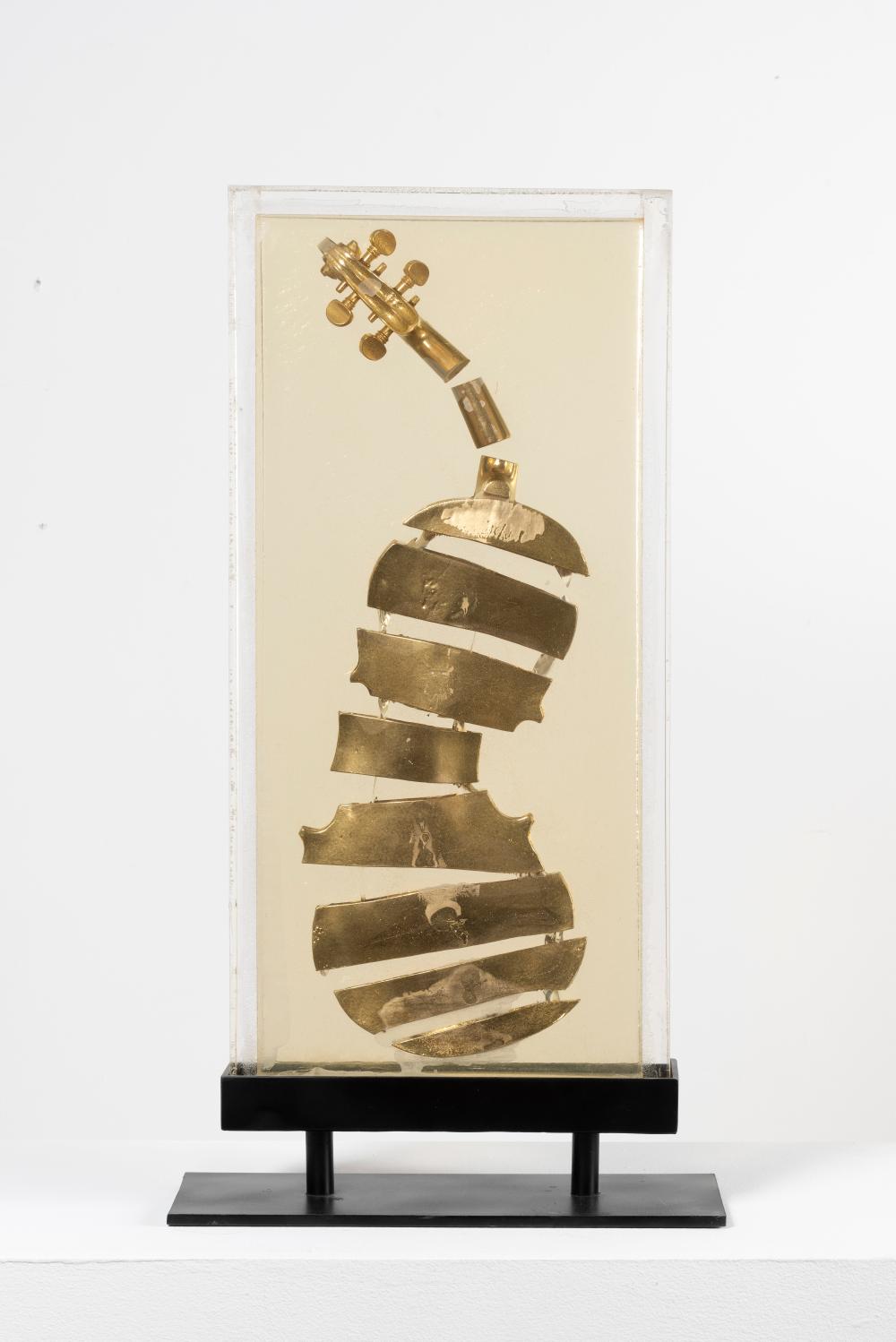 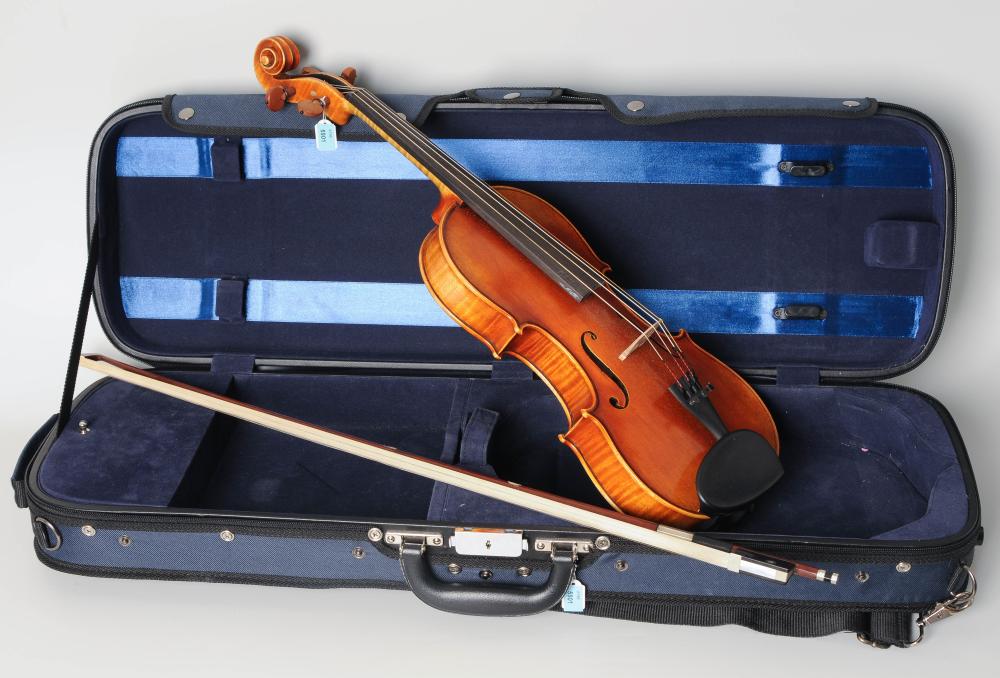 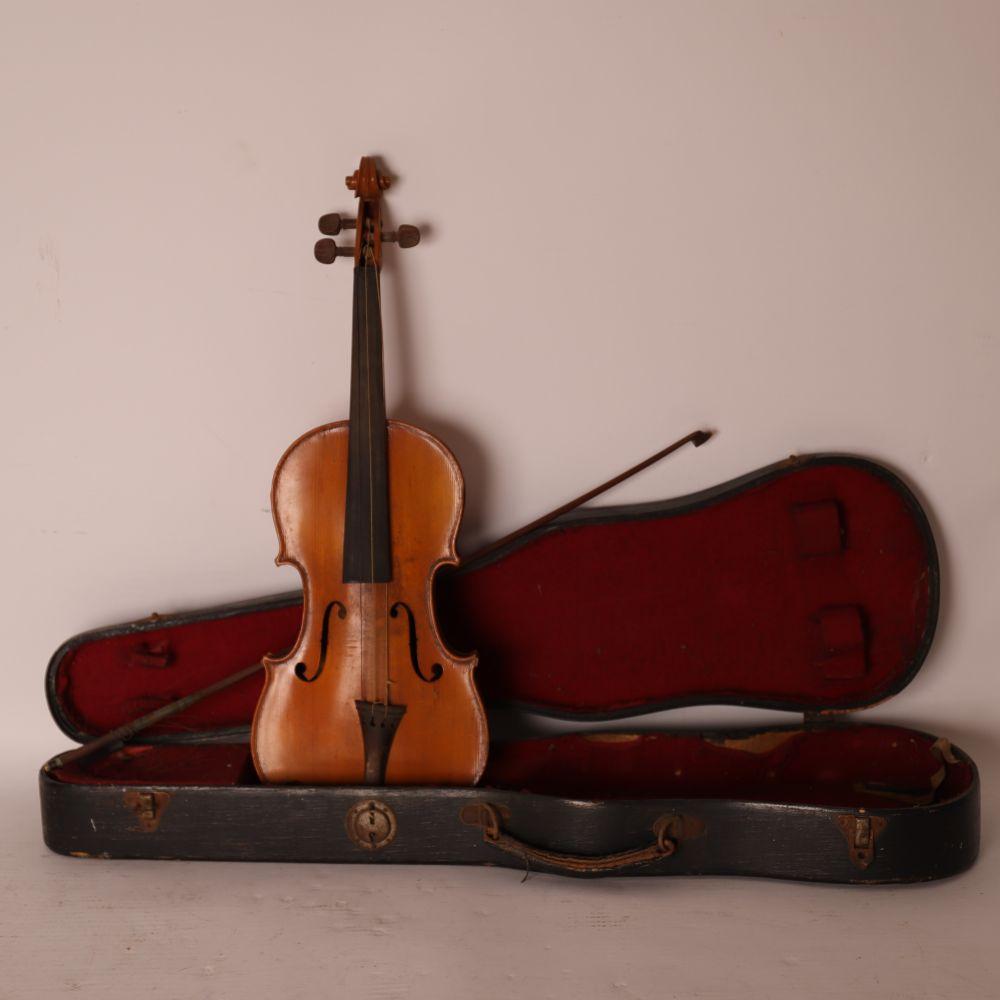 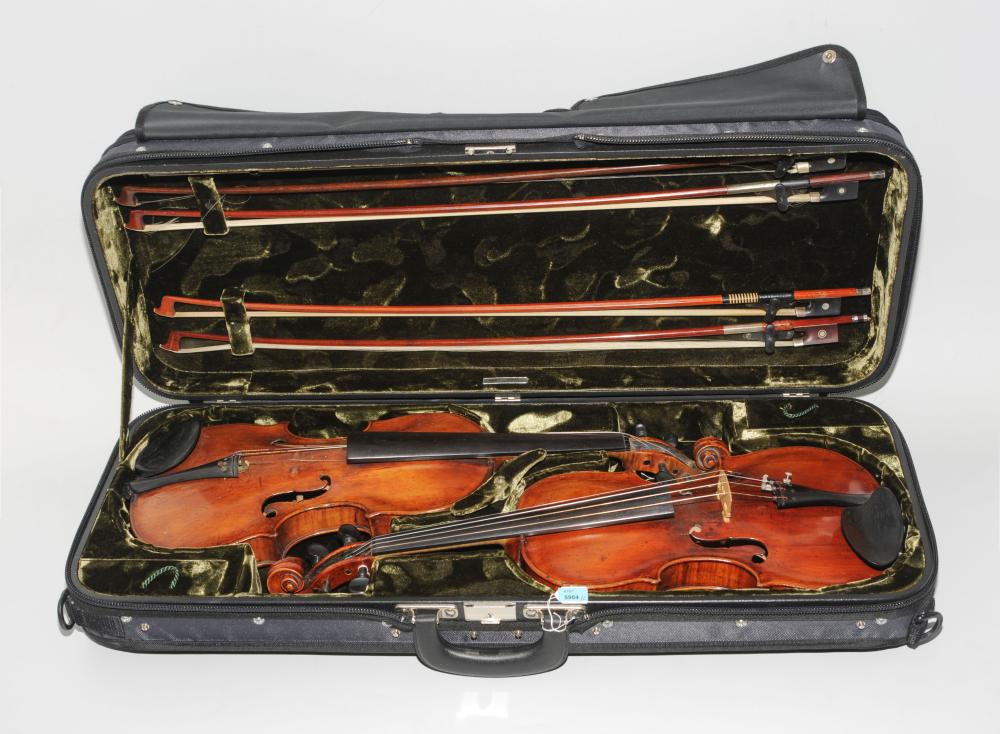 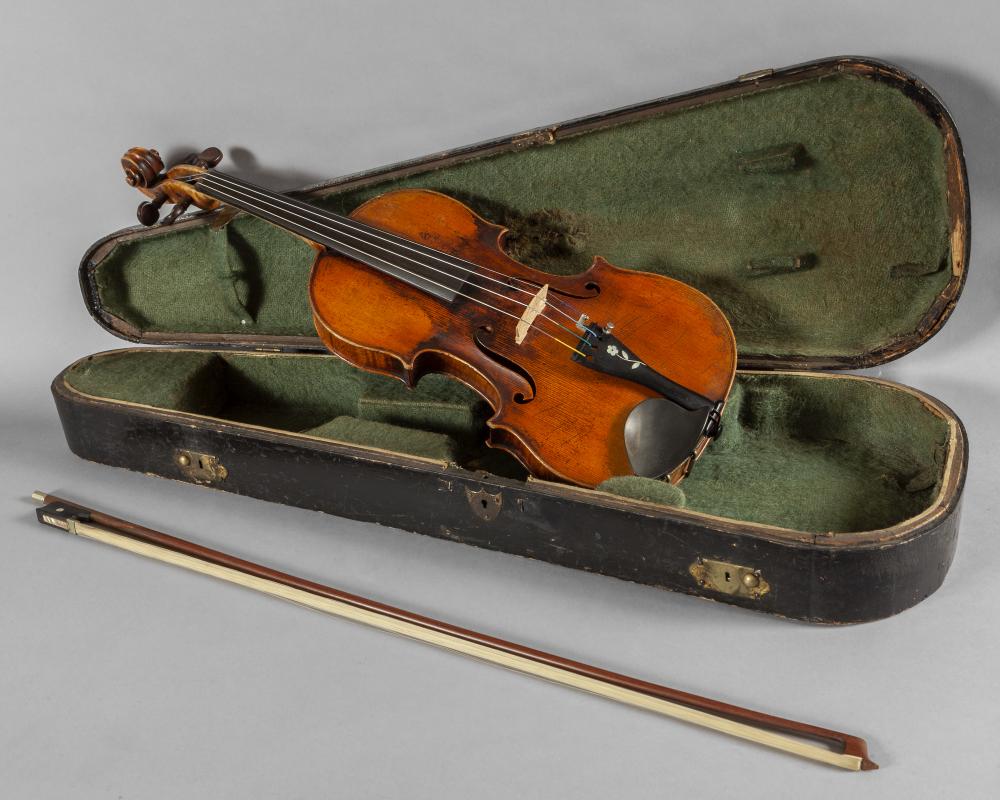 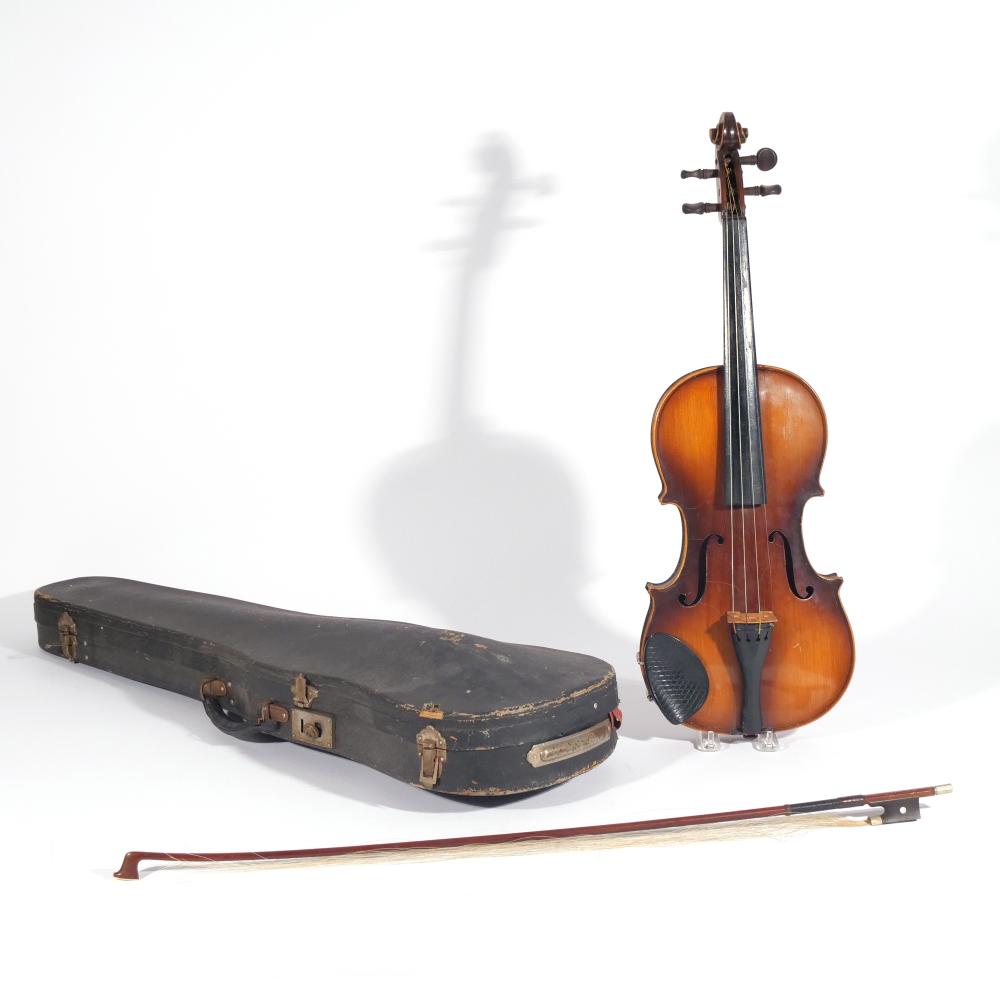 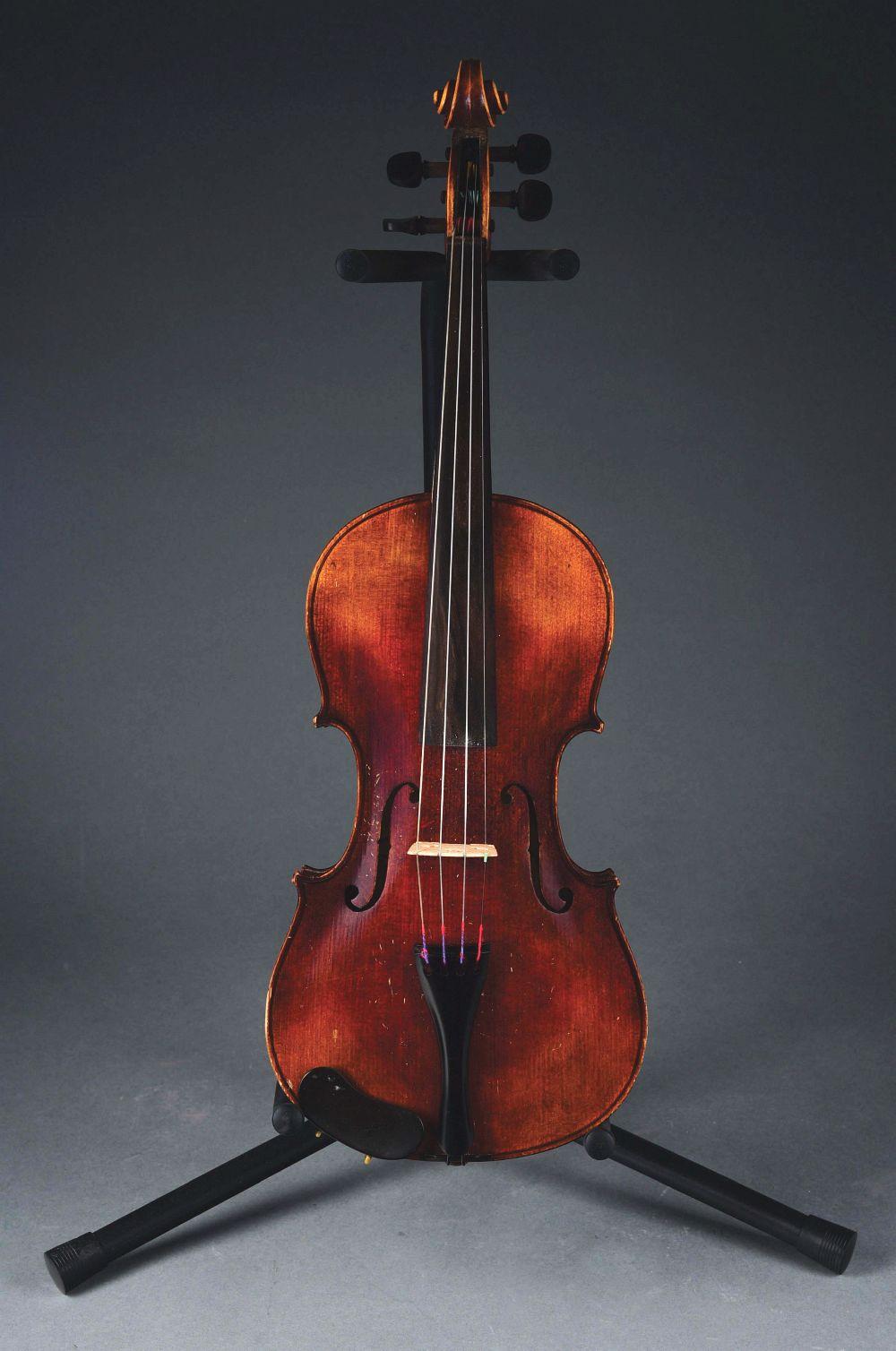