Founded in Paris in 1847, Cartier is the consummate French Jeweler, specializing in acutely modern, supremely elegant jewelry designs and some of the world’s most sought-after timepieces. Of these, the most legendary is Tank, a triumph of design that’s been a mainstay of the maison since 1917 (its shape is loosely based on the tracks of a World War I-era Renault tank).

Most vintage Cartier Tank watches will bear the hallmarks of the original: Roman numerals, sleek, sword- or spade-shaped hands and a blue cabochon sapphire winding crown.

Over the years, Cartier has introduced many iterations of Tank, with the classic rectangular face elongating or squaring off, the sleek, polished "chemin de fer" decorated with diamond pavé or the leather strap replaced by gleaming gold or stainless bracelet links.

The classic design has resonated with a number of stylish women, including Jacqueline Kennedy Onassis, Catherine Deneuve, Princess Diana, Charlotte Rampling, Jacqueline Bisset, and Angelina Jolie. The maison’s other horological style icons include Santos (named for Brazilian aviator Alberto Santos-Dumont); Pasha (distinguished by a round face and four Arabic numerals); and Panthere (an homage to one of Cartier’s heritage motifs with a slinky, supple bracelet formed by overlapping, interwoven links). 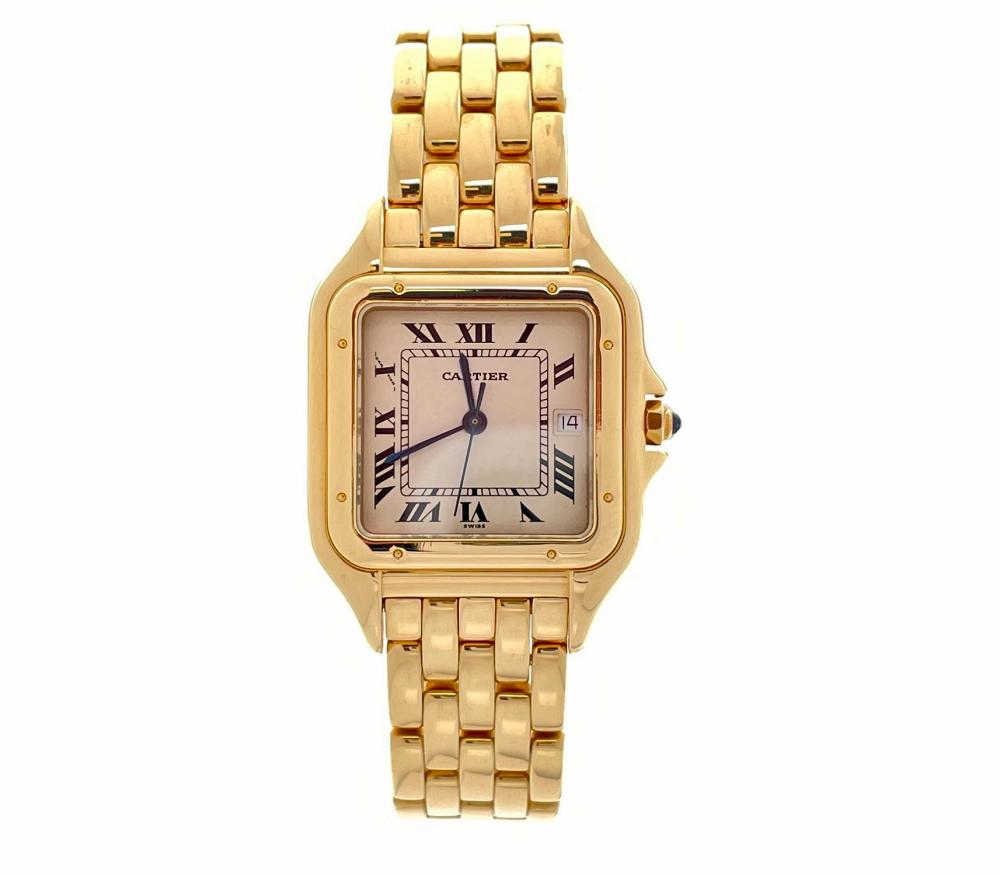 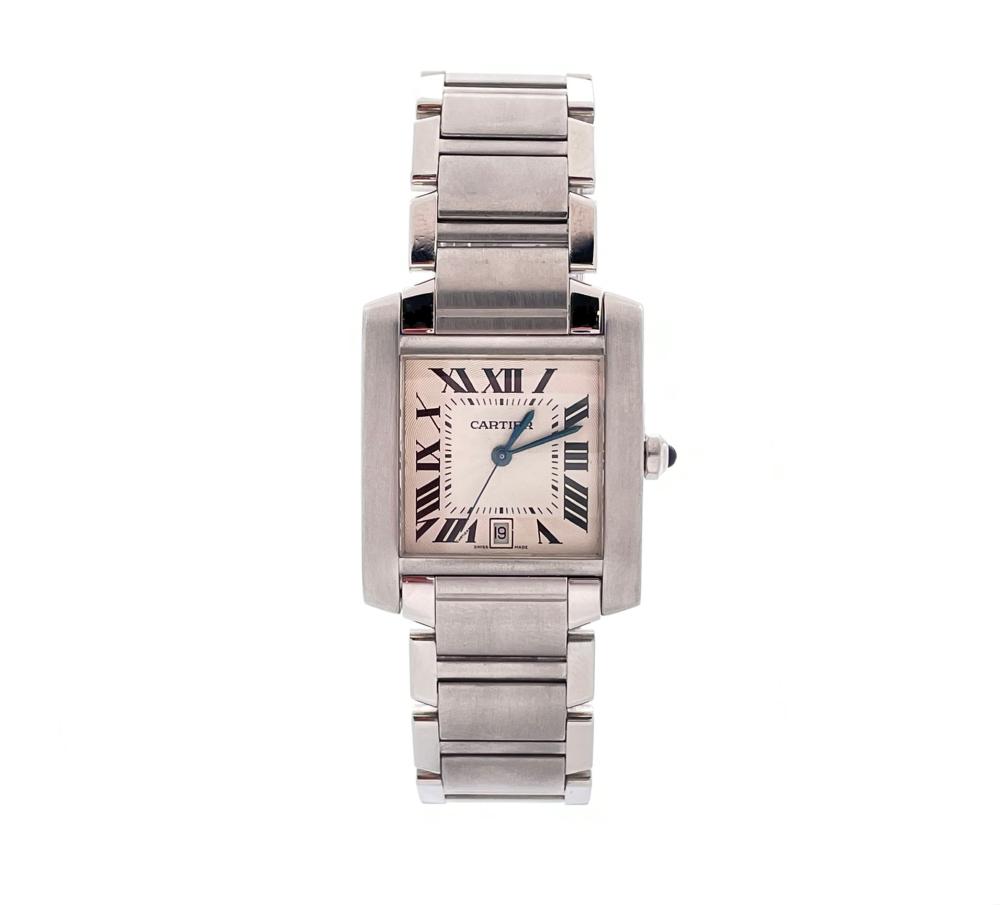 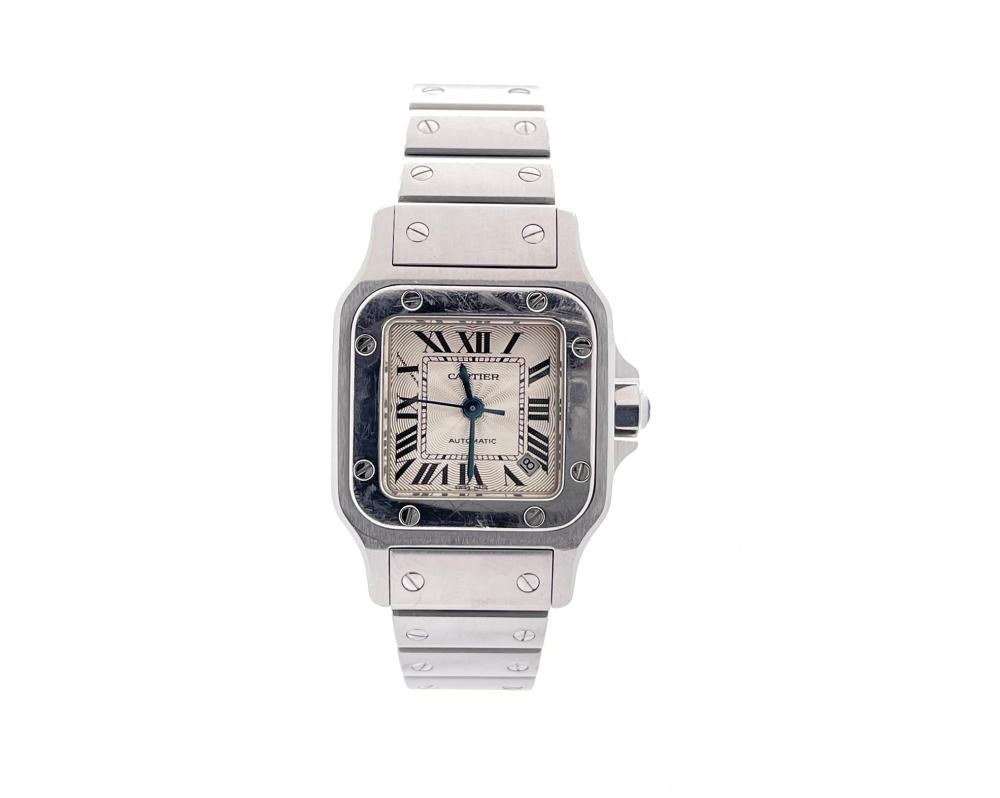 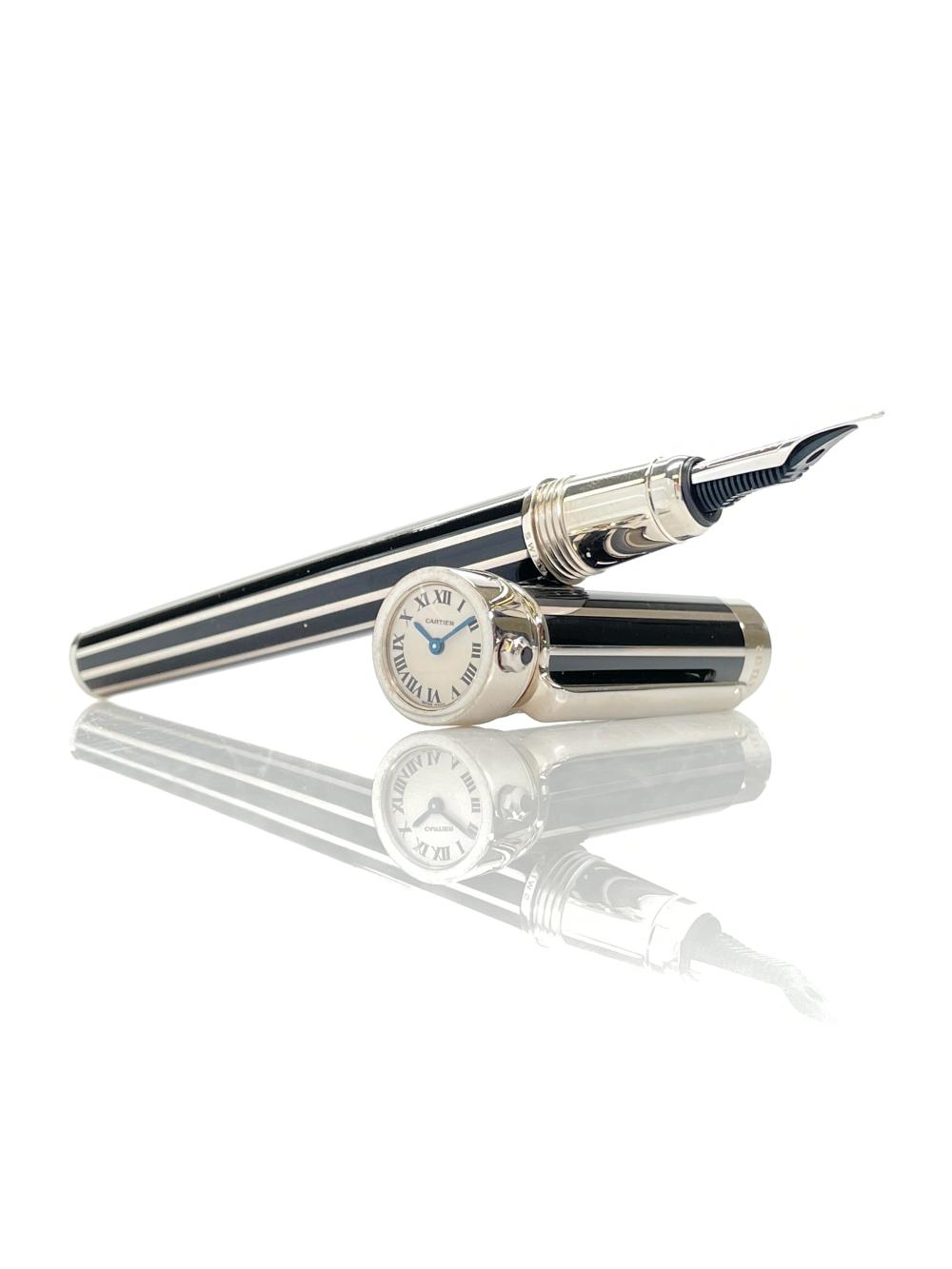 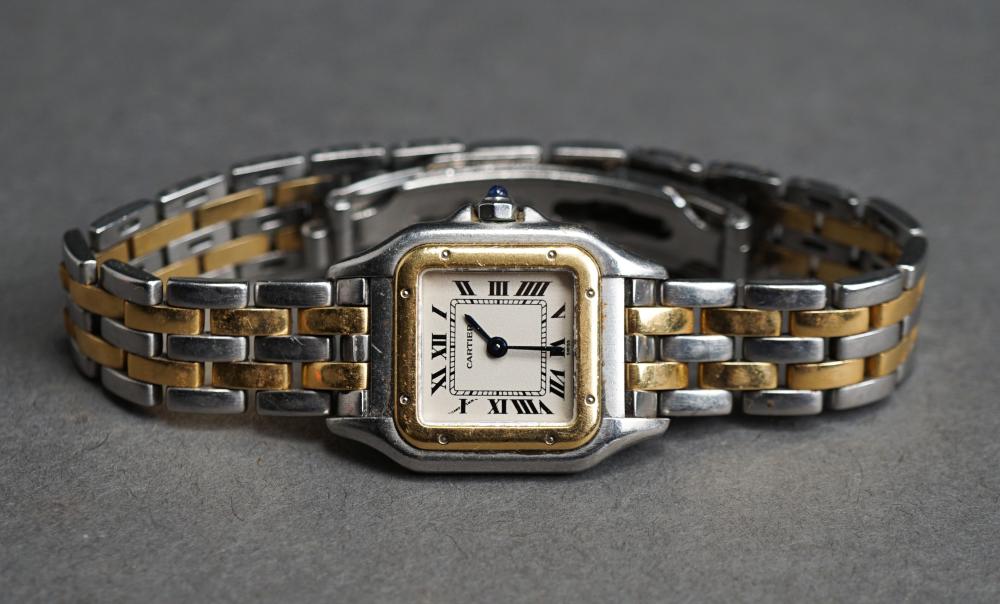 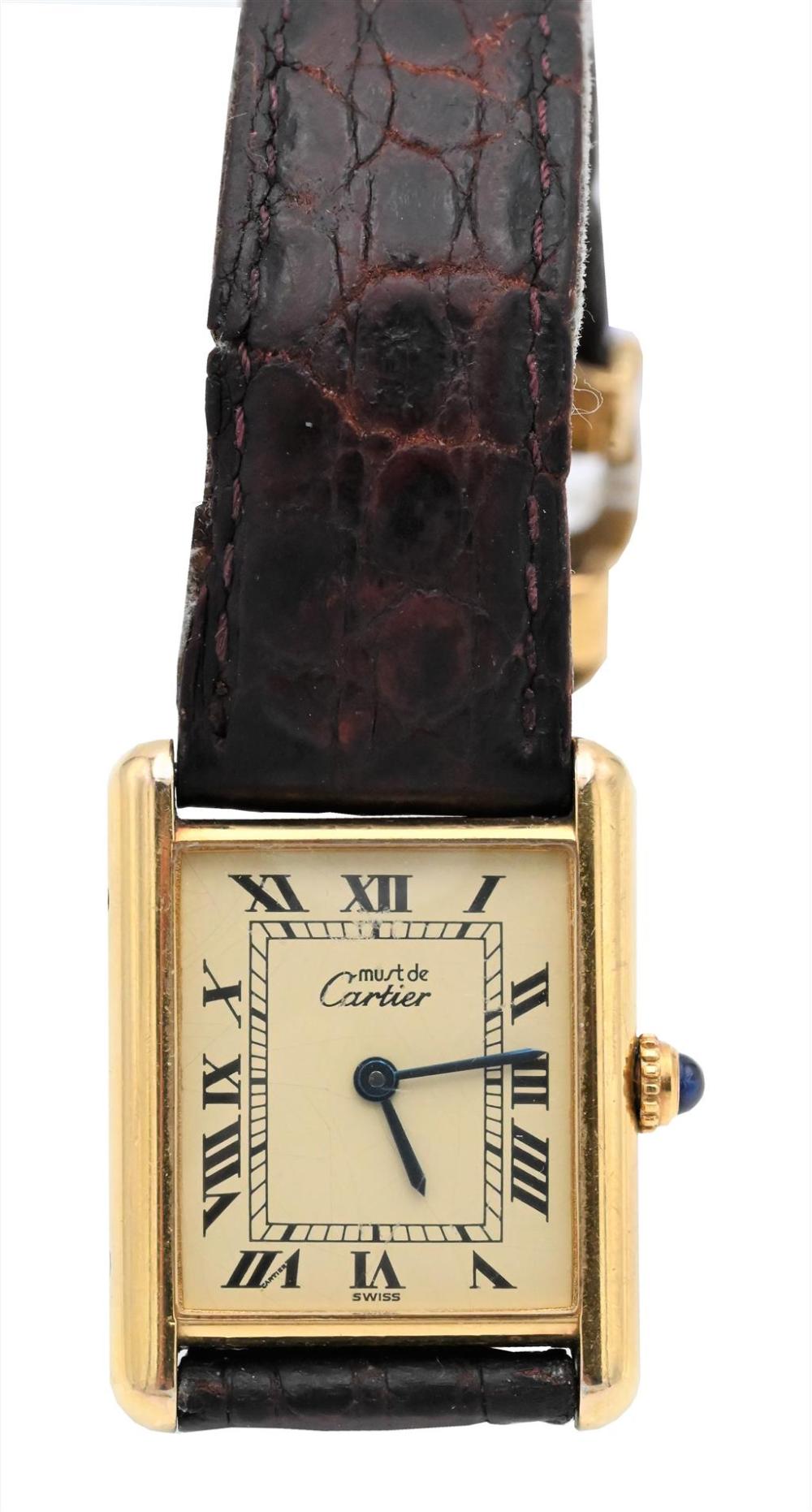 Cartier Must De Tank Wristwatch, marked 925, along with Cartier band, band is worn. **PLEASE NOTE** For first time buyer’s with... 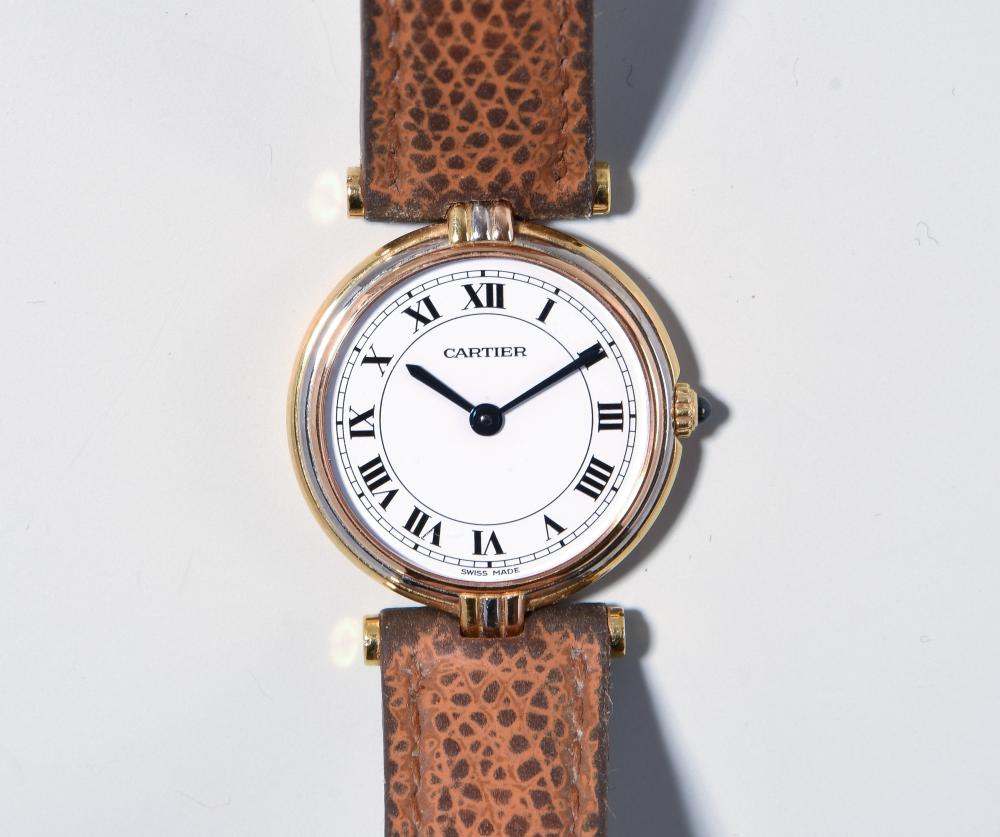 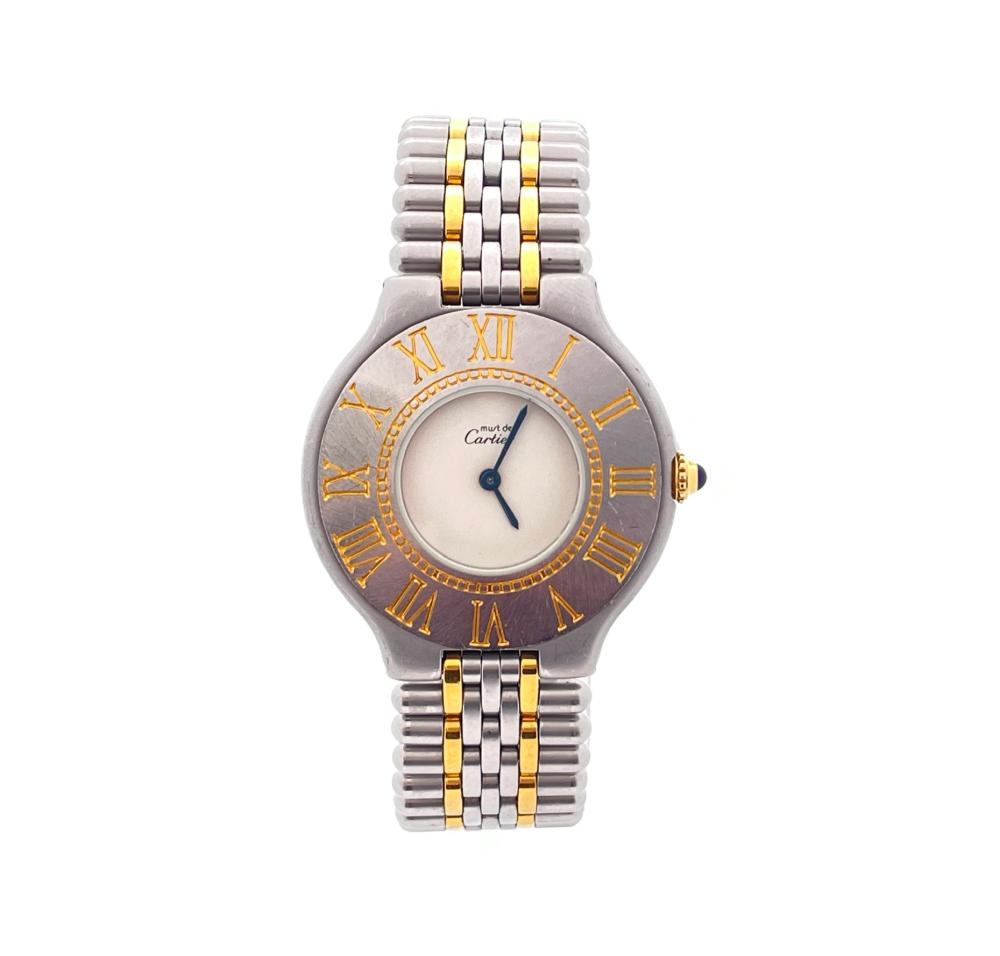 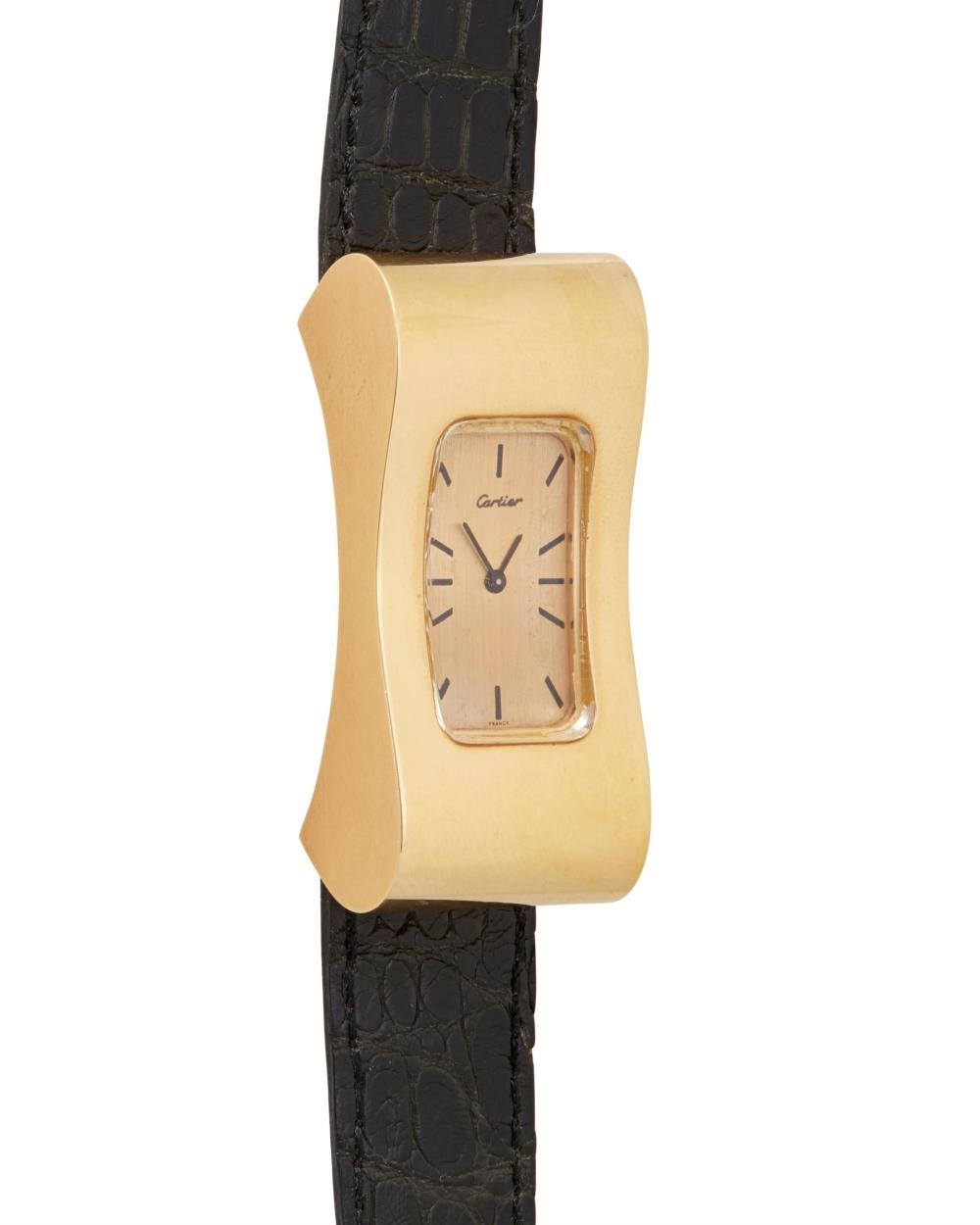 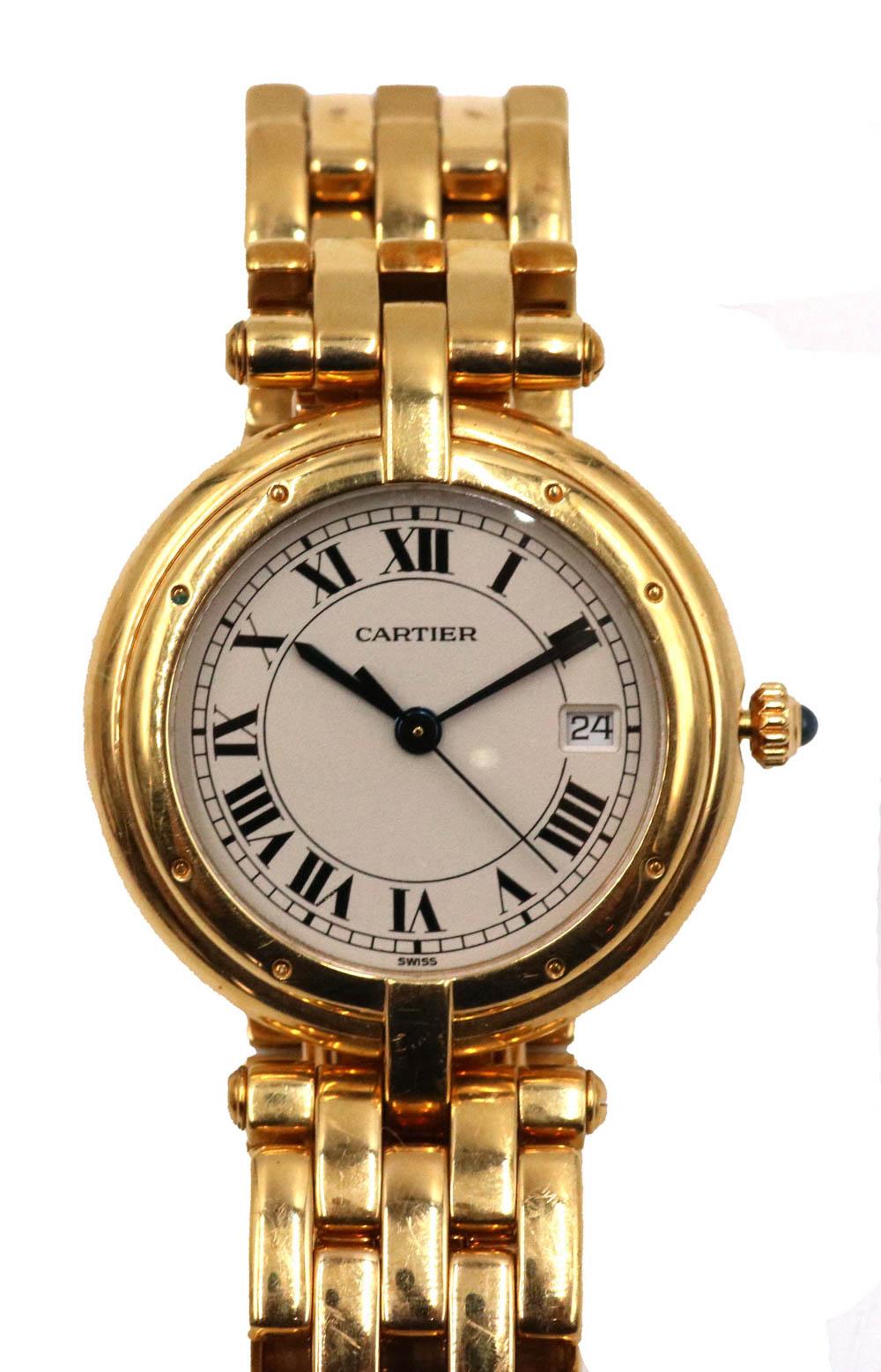 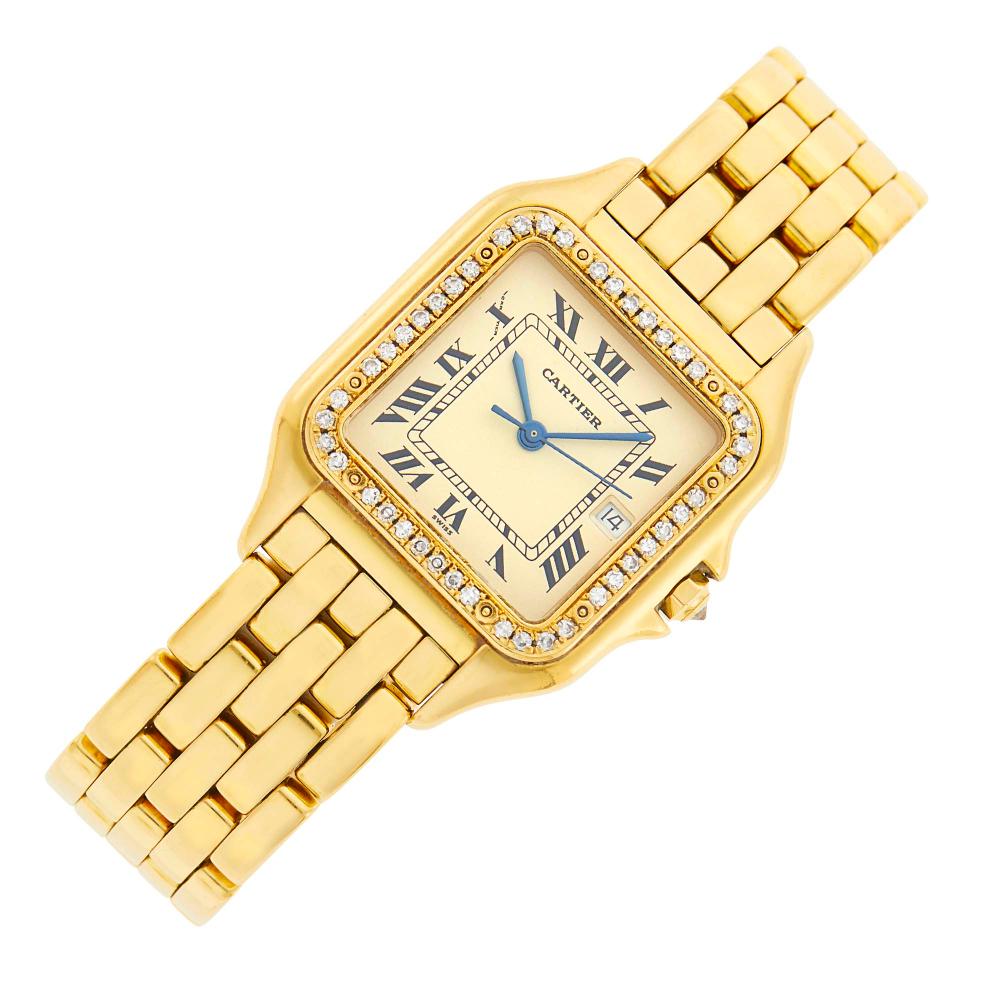 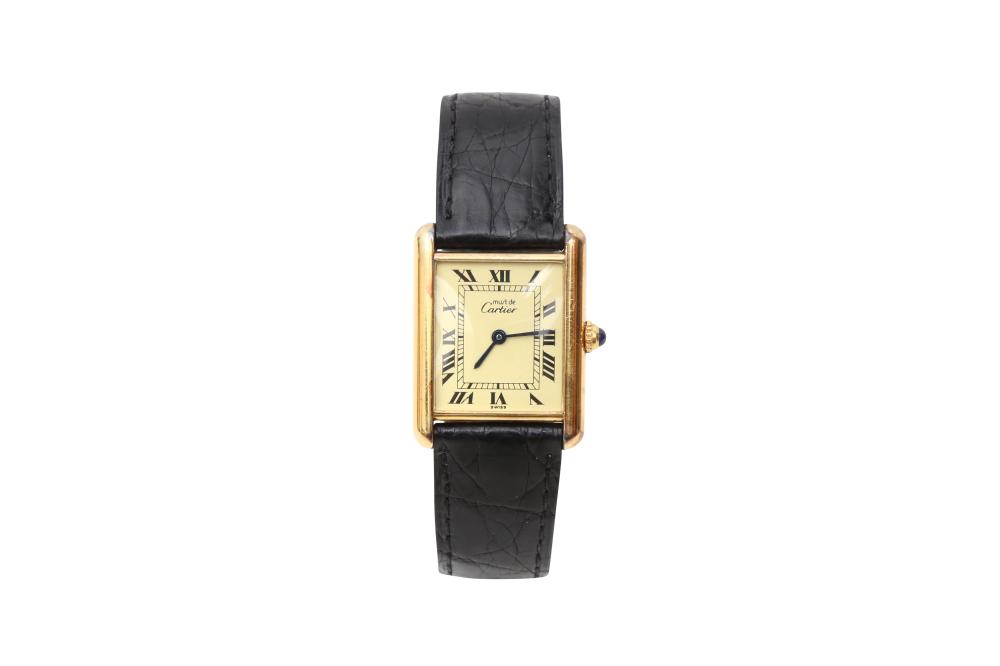 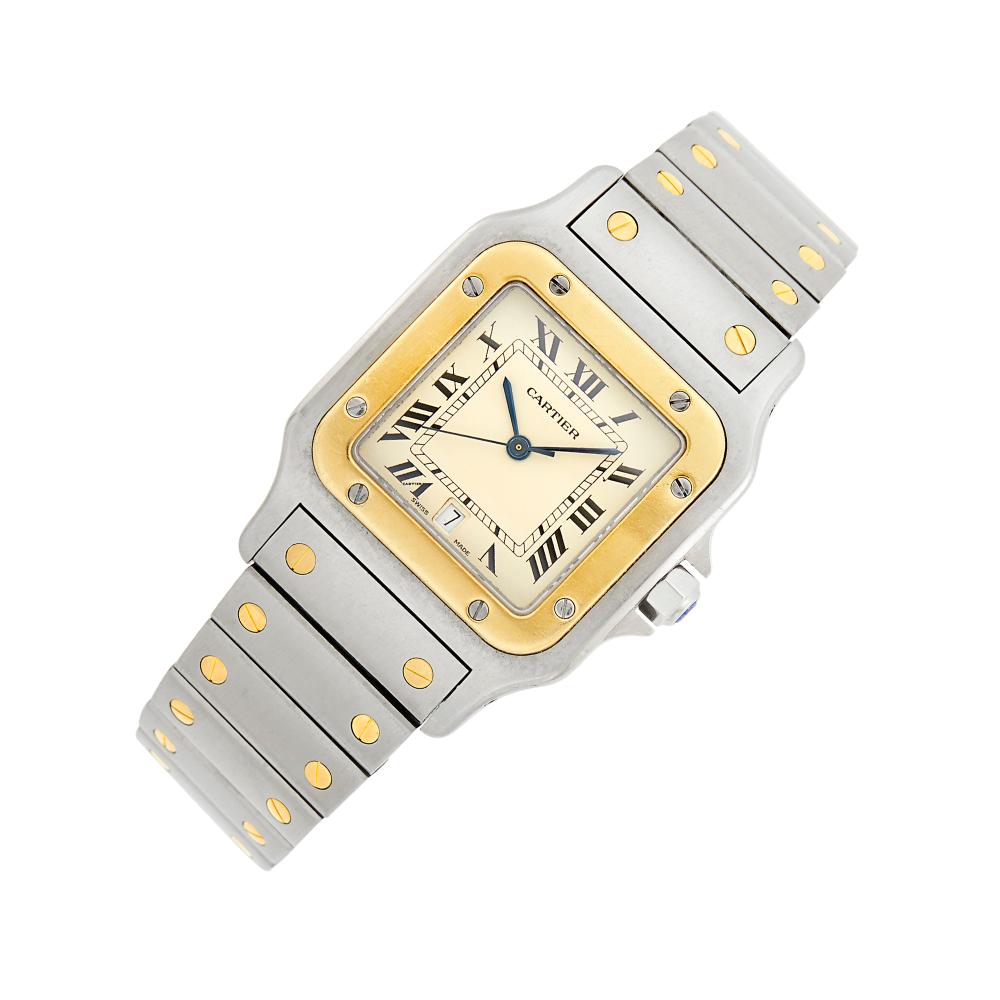 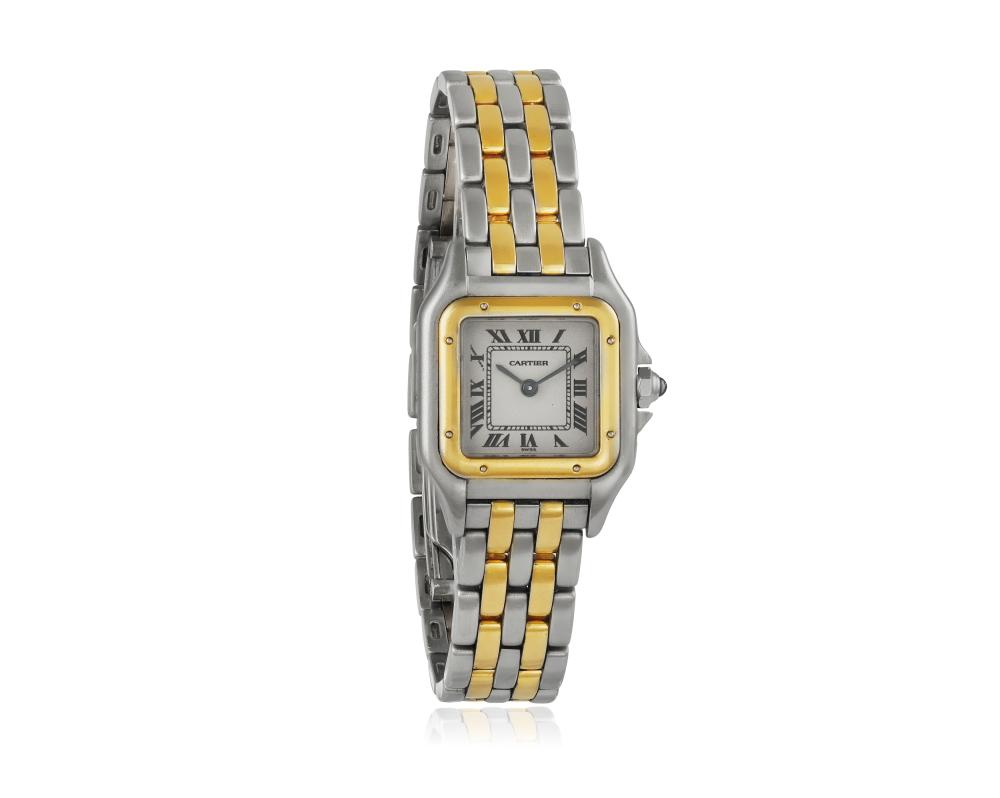 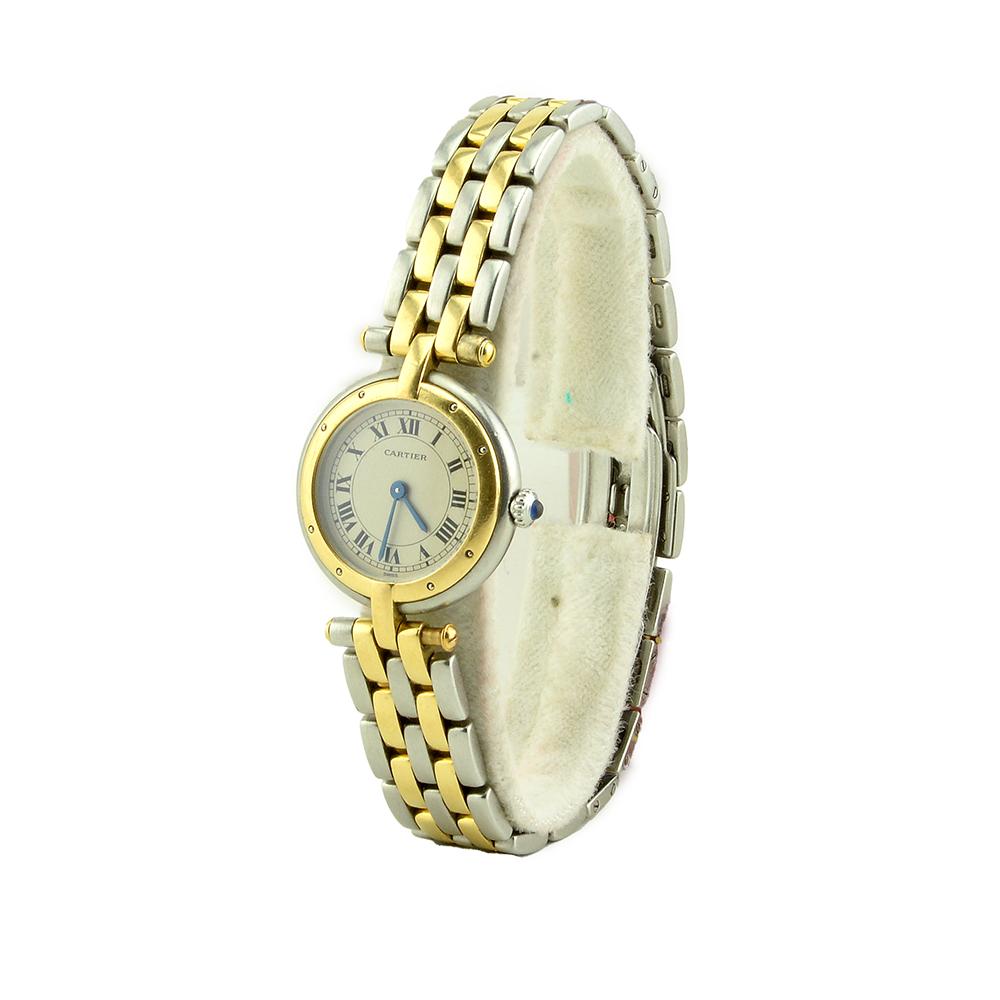 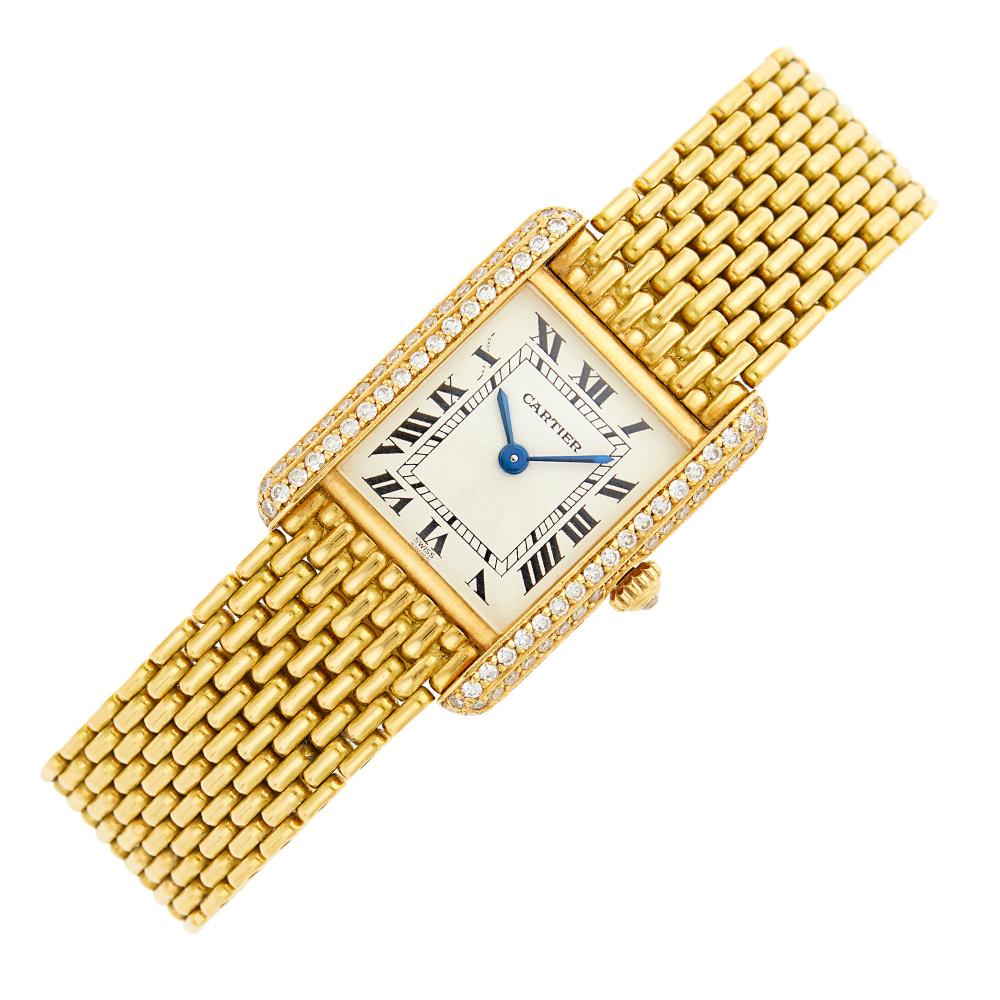 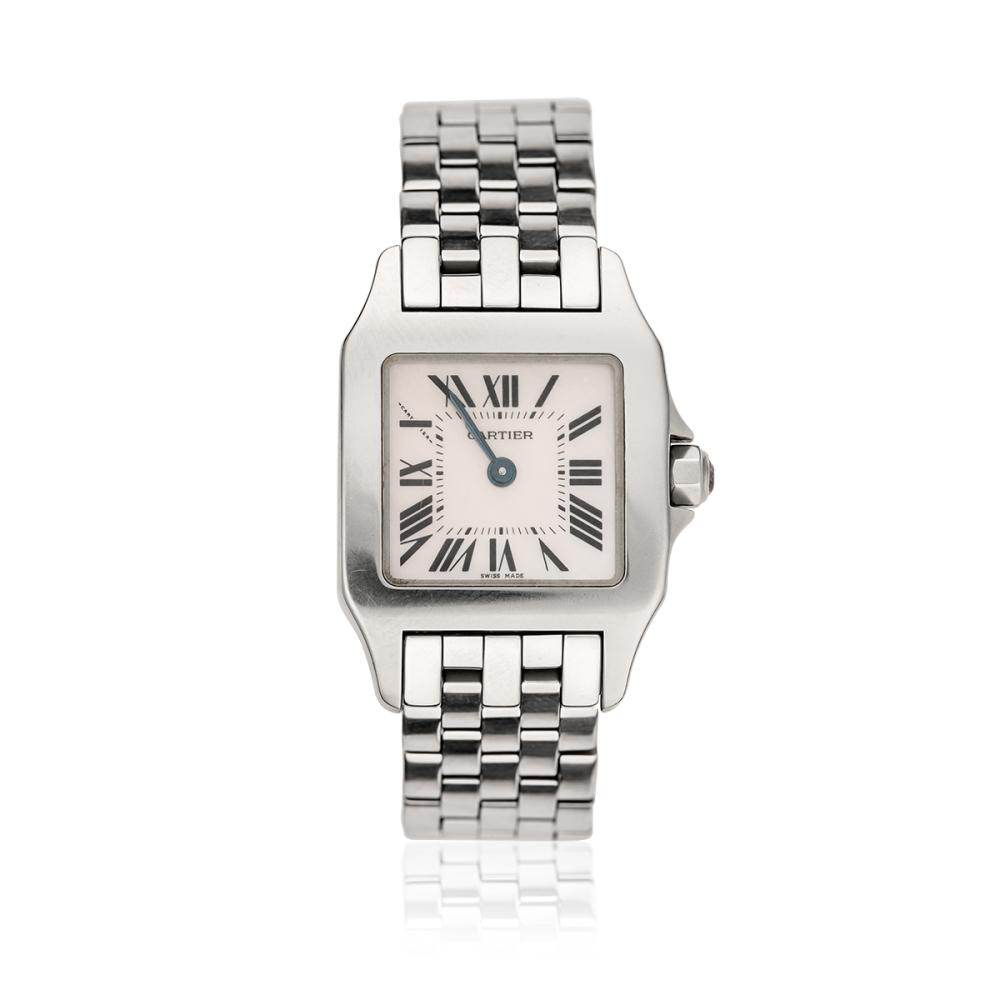 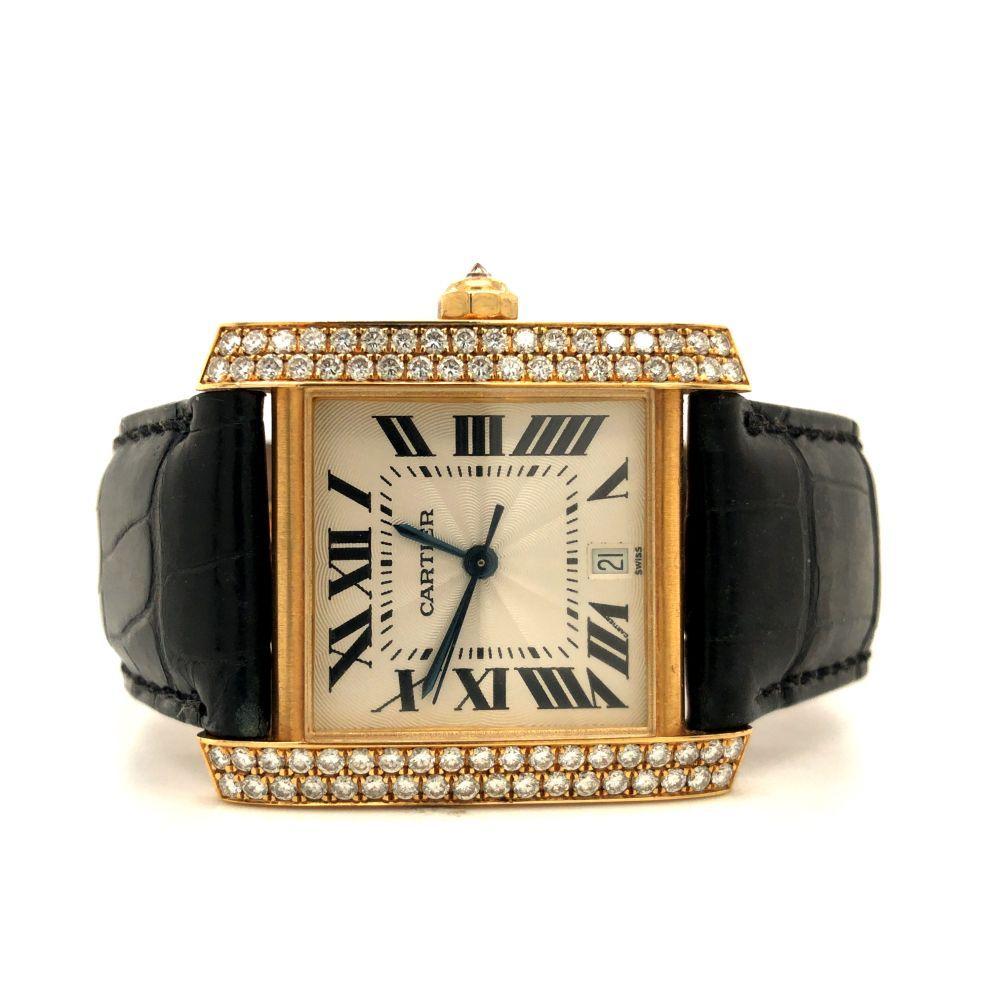 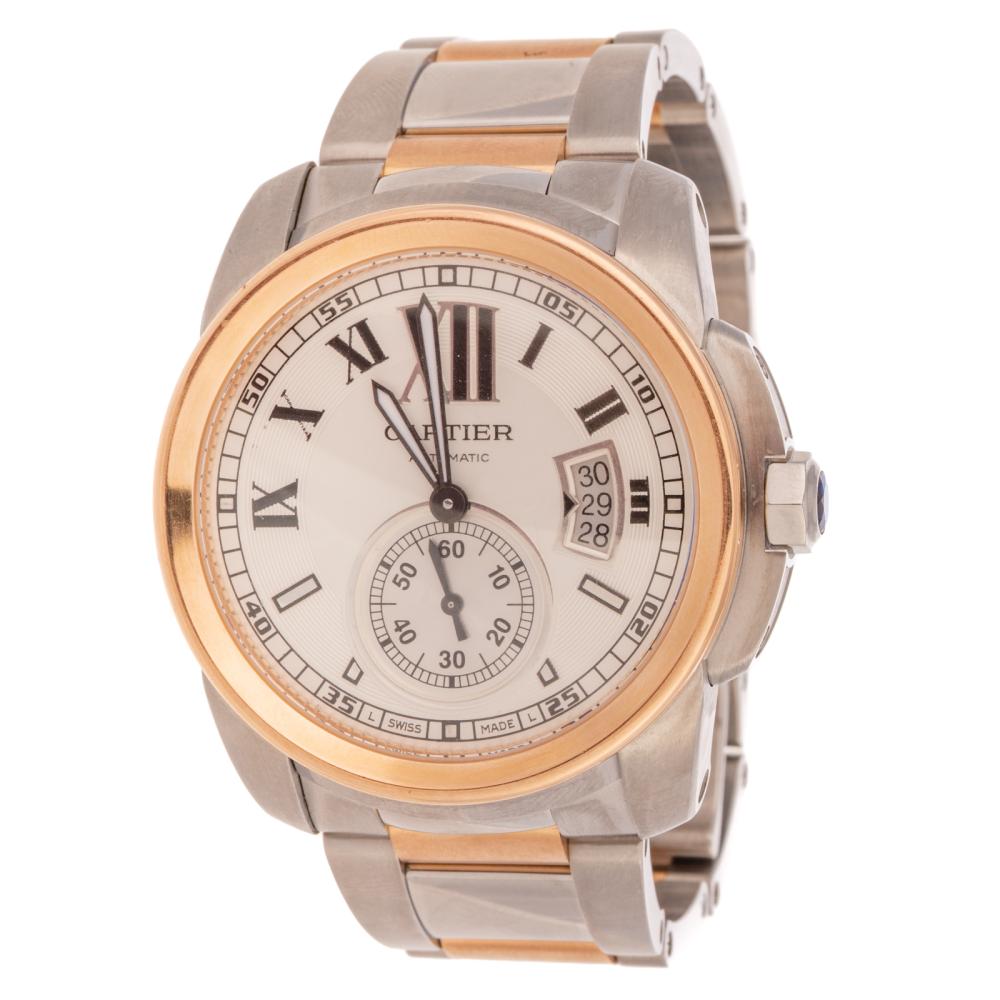 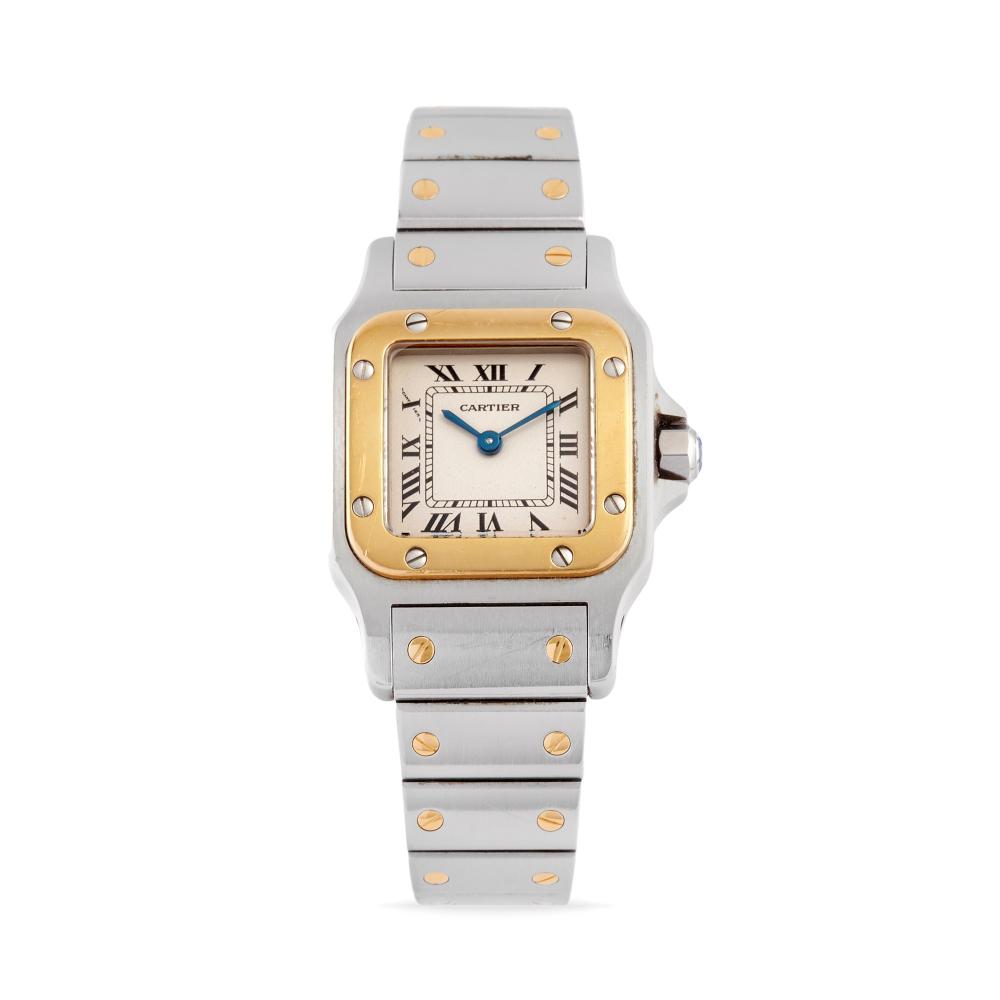 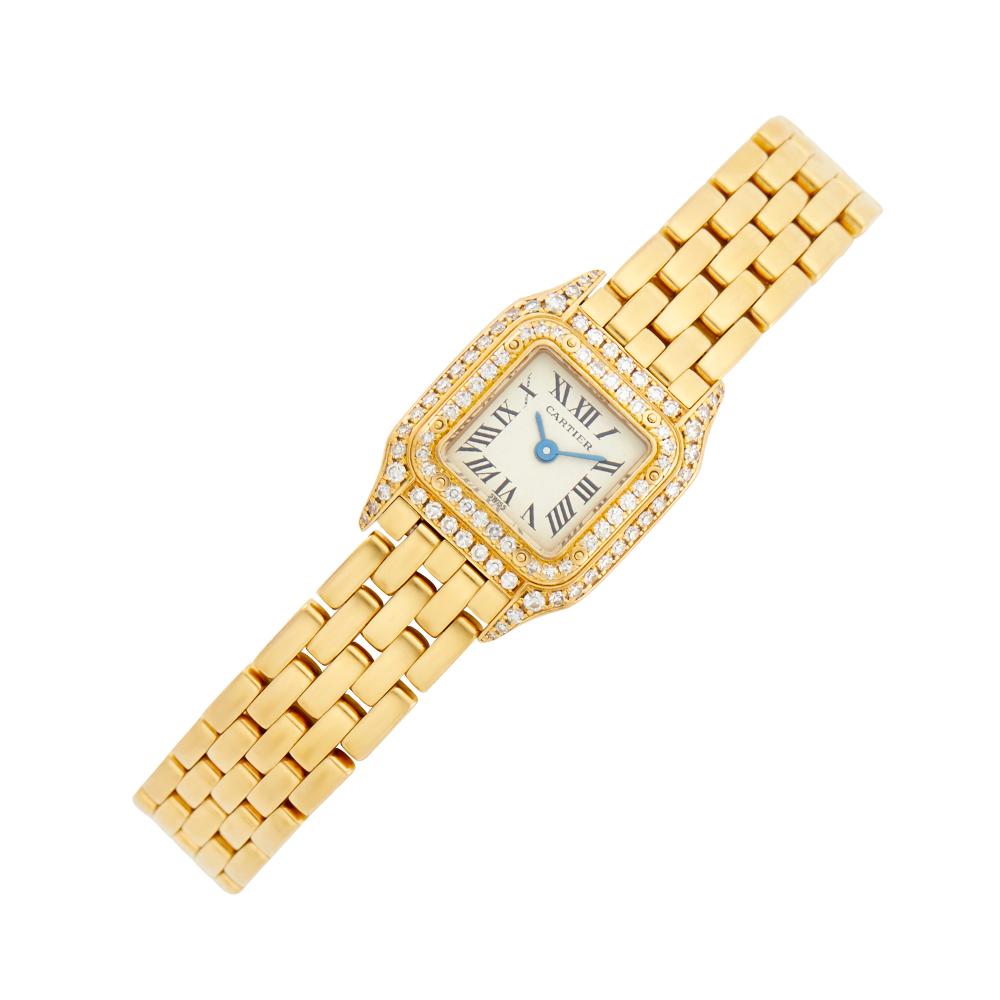 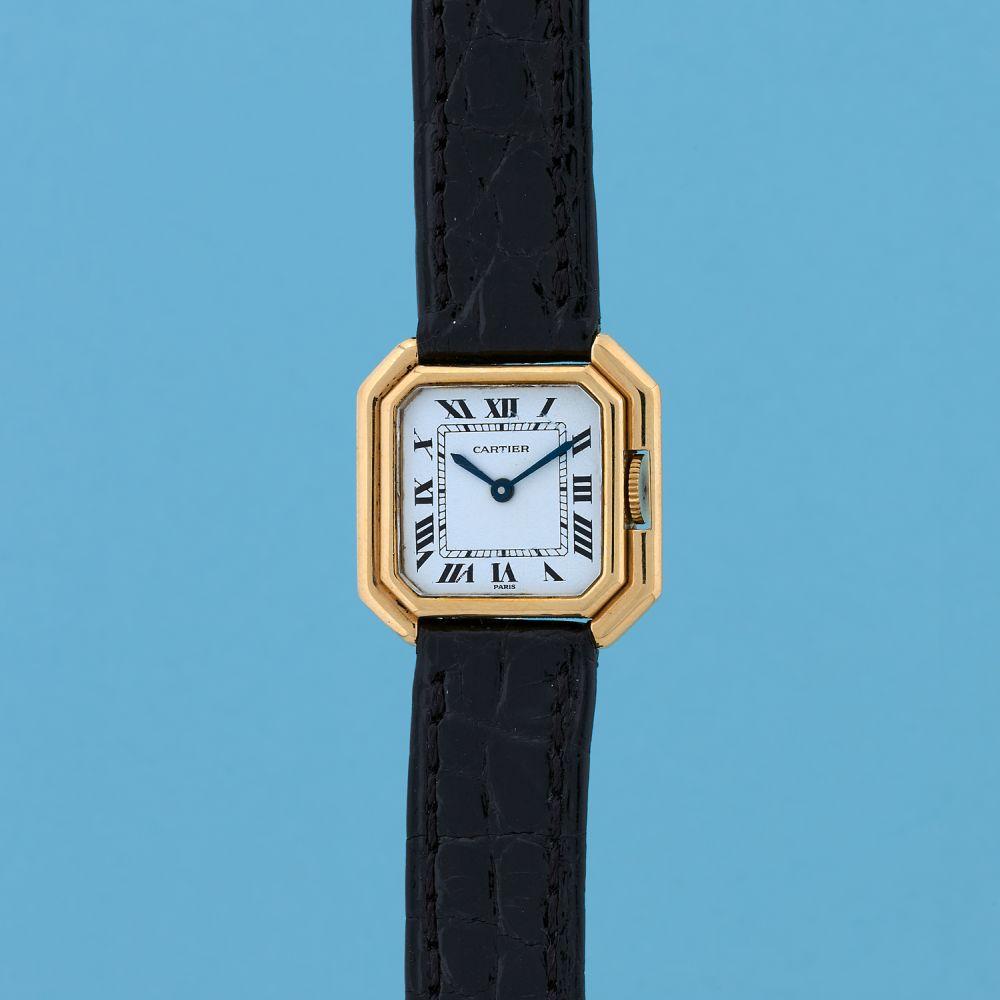 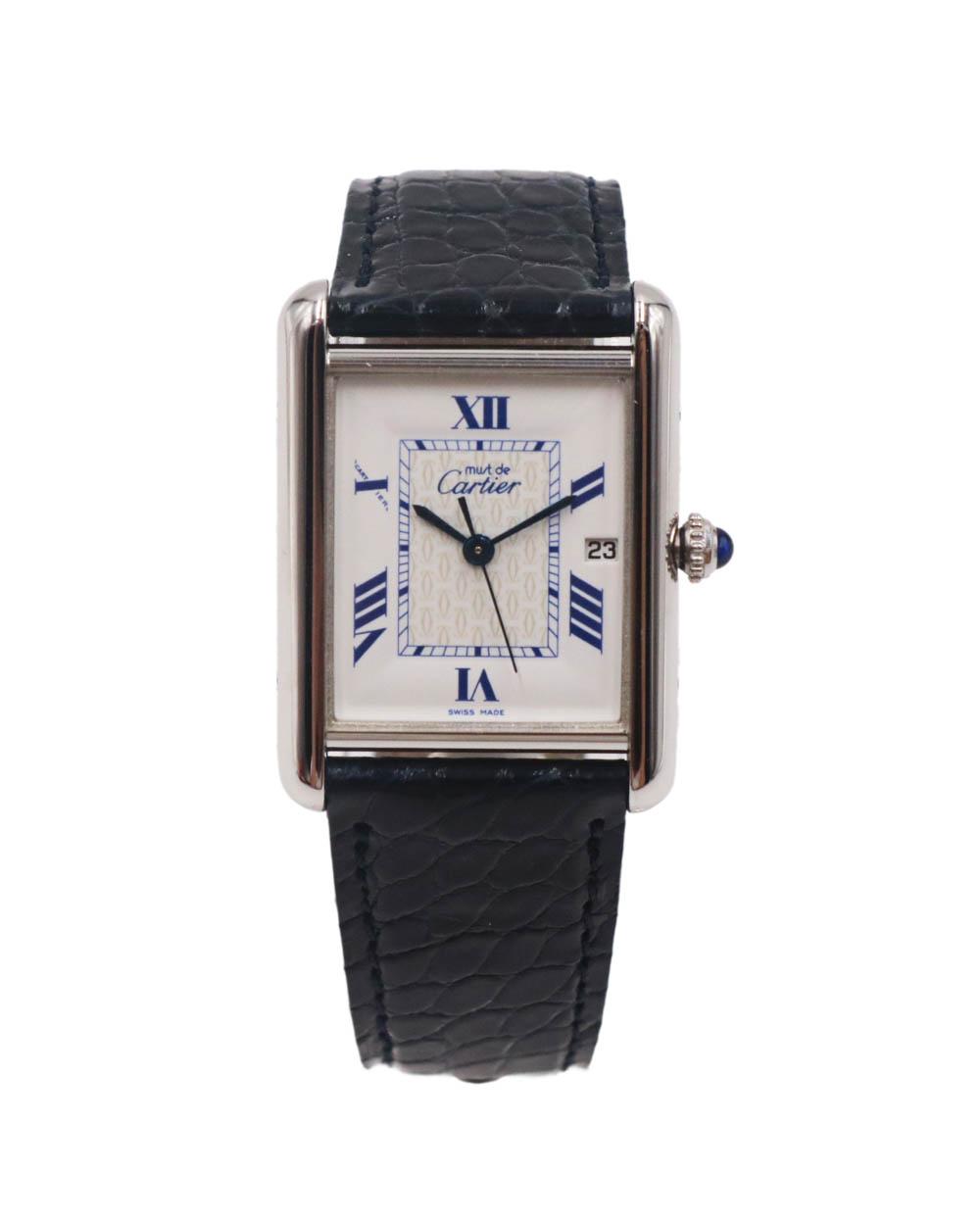