An empire of design recognized by its unmistakable Duc carriage logo, Hermès began first opened its doors in the early 19th century as a purveyor of fine equestrian leather goods. As the decades passed, the Hermès brand grew to encompass additional leather goods, particularly handbags, as well as silk scarfs, perfumes, jewelry, and most recently, housewares.

Drawing upon their equestrian heritage, many of Hermes’ women’s watches have the familiar, sophisticated look echoed in the company's other product lines. The Arceau watch, designed in 1978 by Henri D’Origny, is discreetly elegant with asymmetrical attachments in the form of stirrups. The Dressage, named after a form of classical horse training, has a cushion-shaped case reminiscent of elements from harness making.

Other women's collections include the Cape Cod, the Heure H with its playful H-shaped case, the Kelly, echoing the famous Kelly bag and its padlock, the Medor, which has a dial hidden behind a cabochon, and the Faubourg – small, sophisticated and elegant with a sparkle of diamonds. 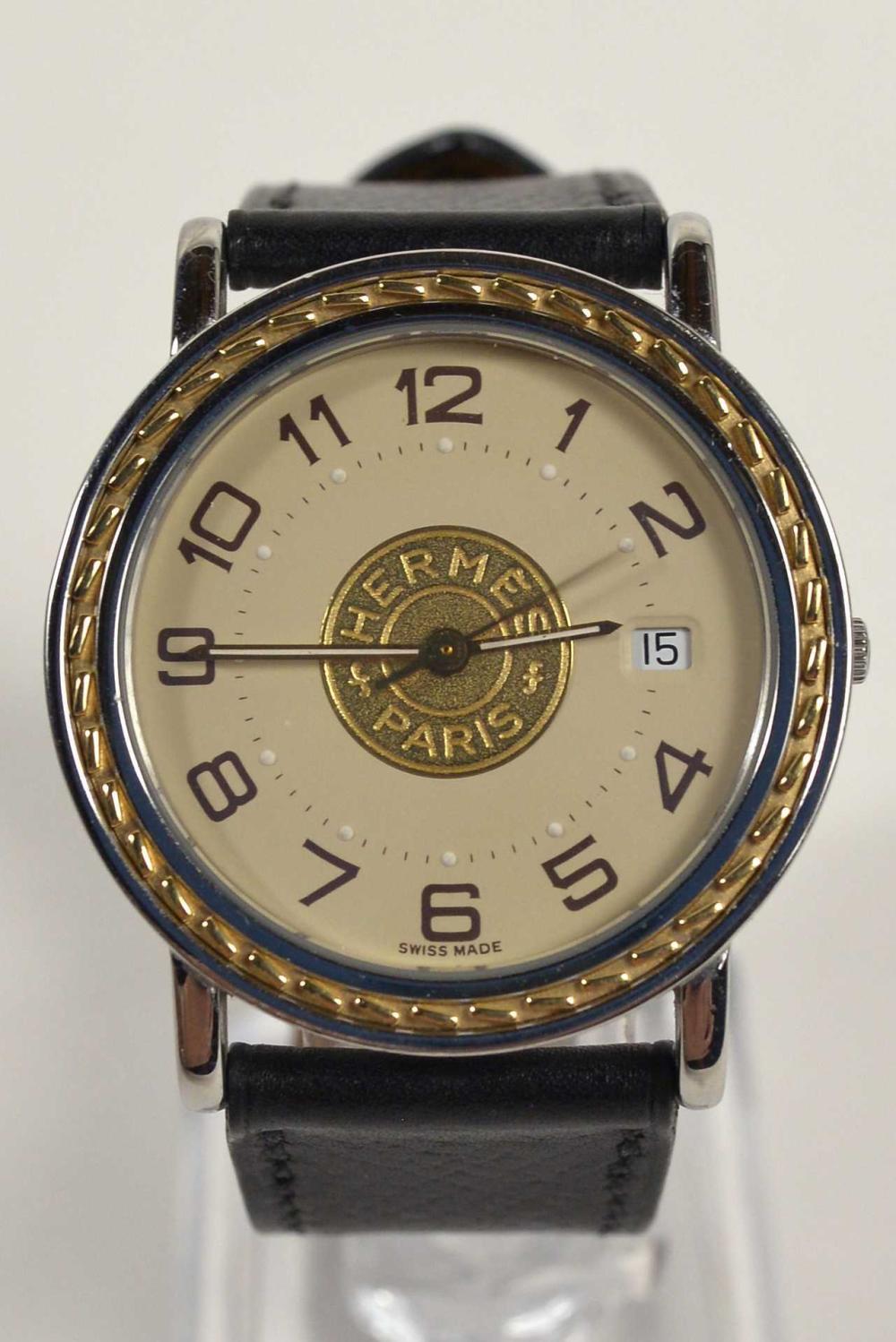 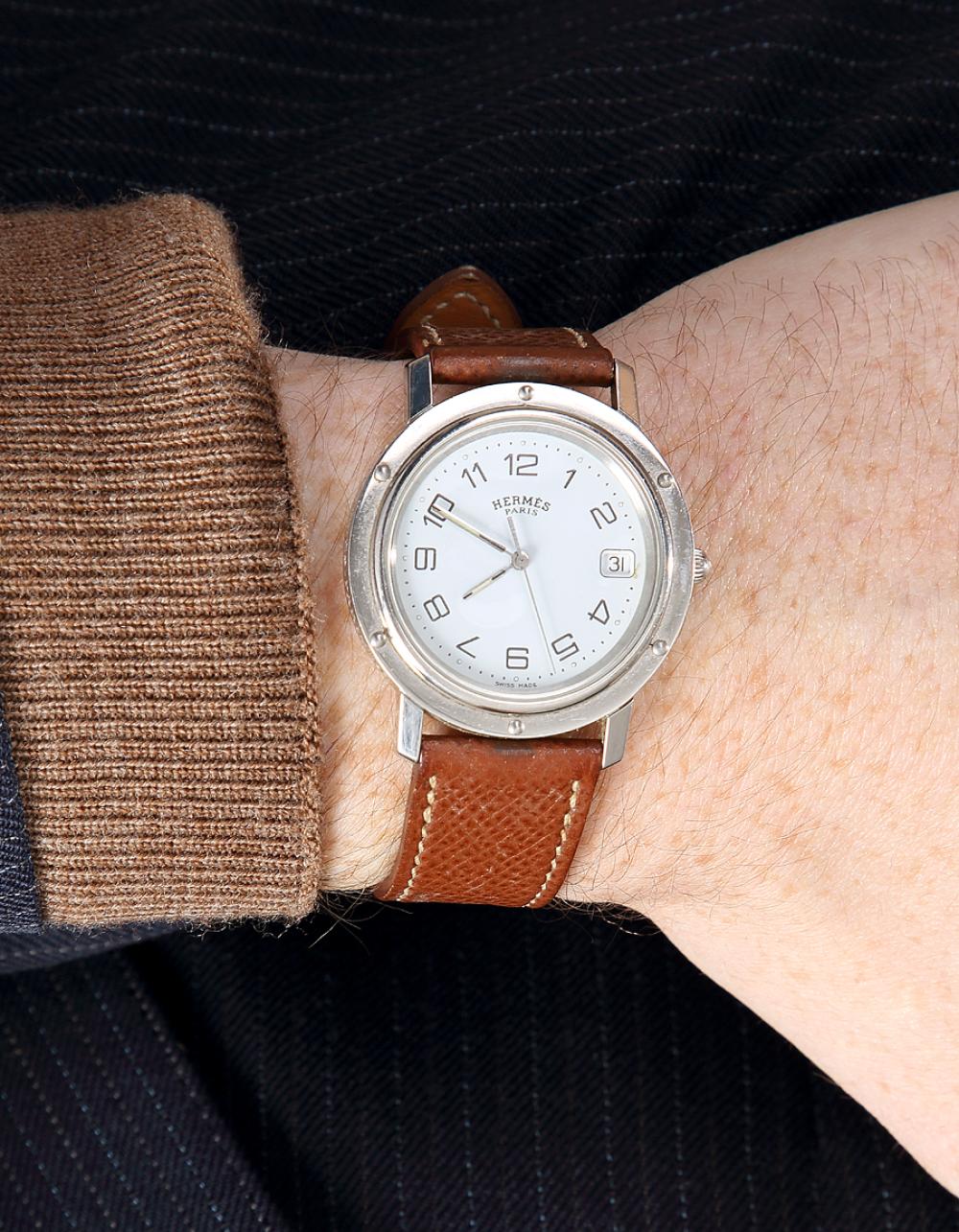 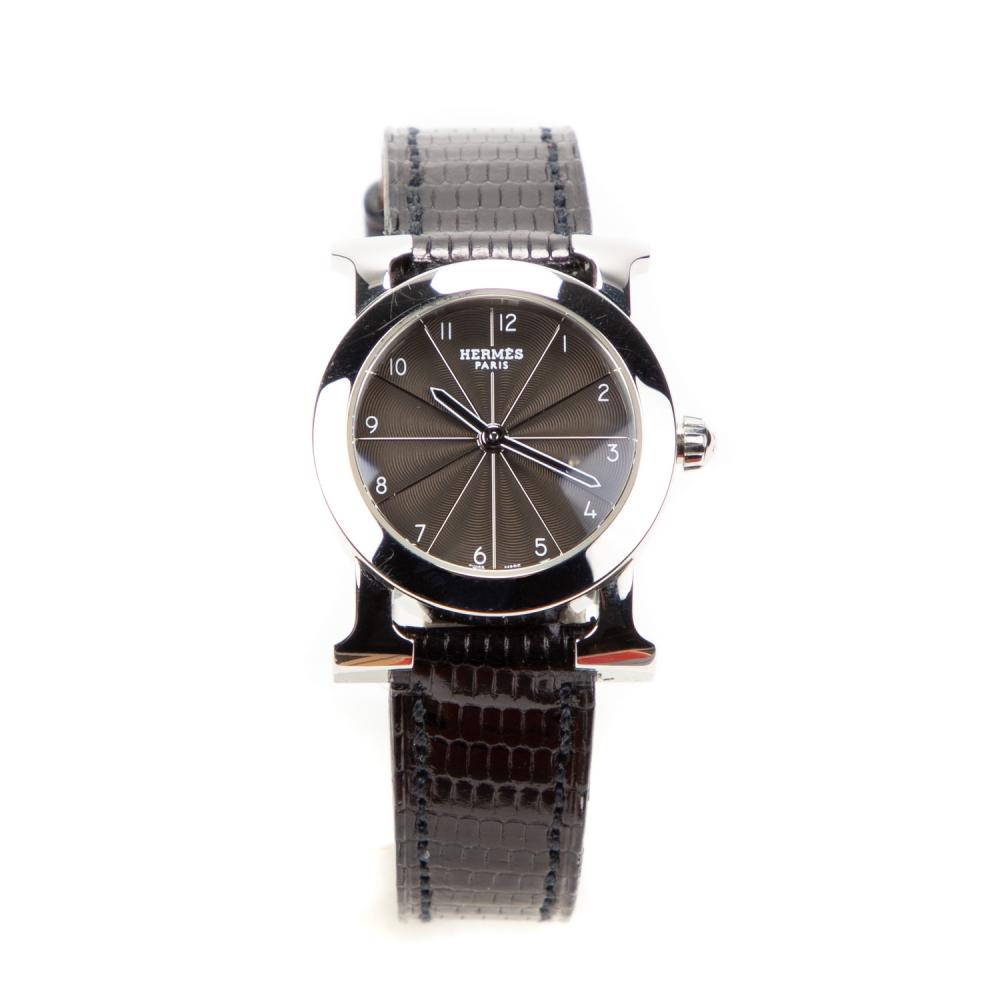 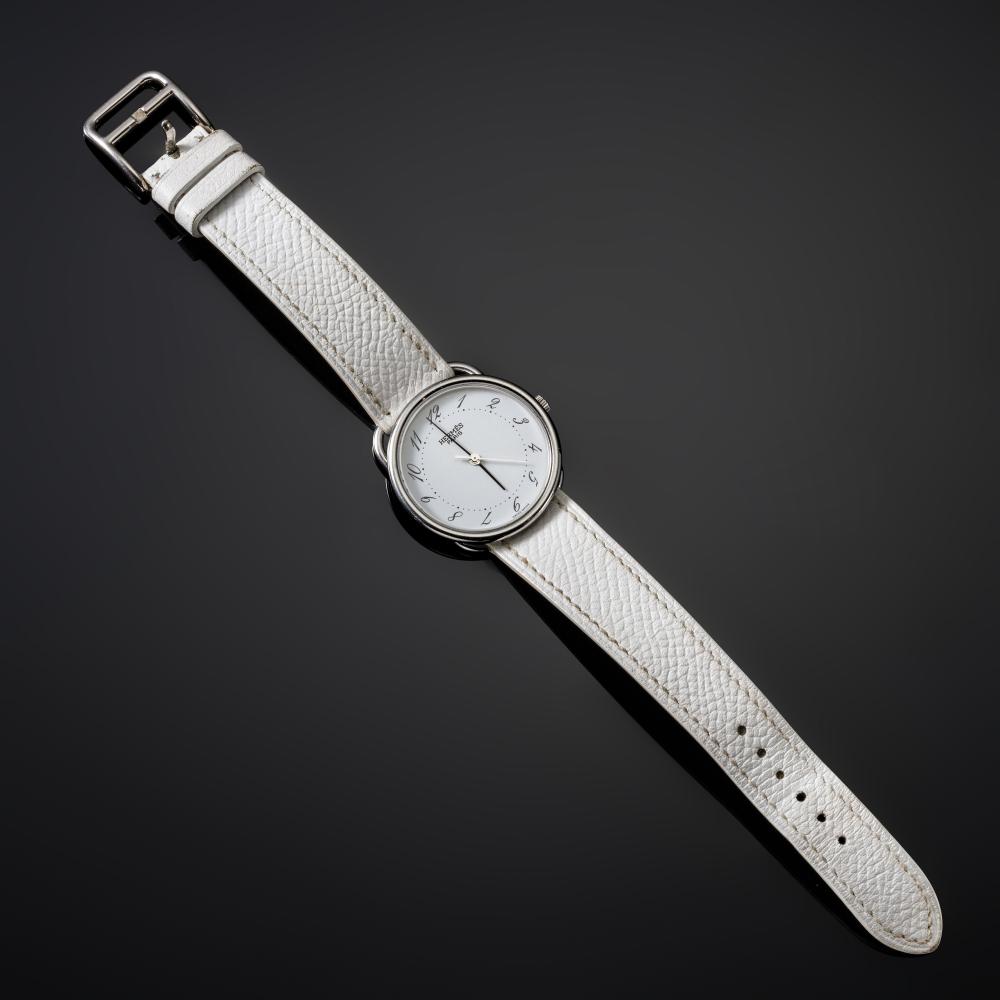 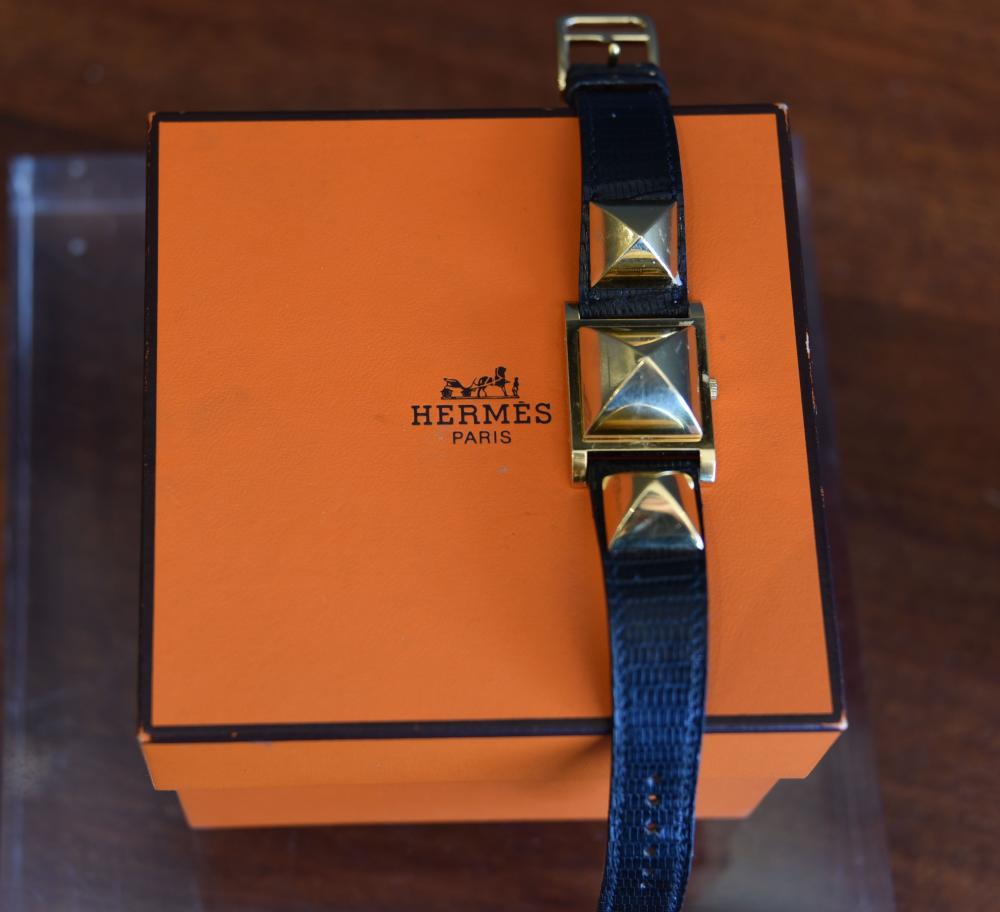 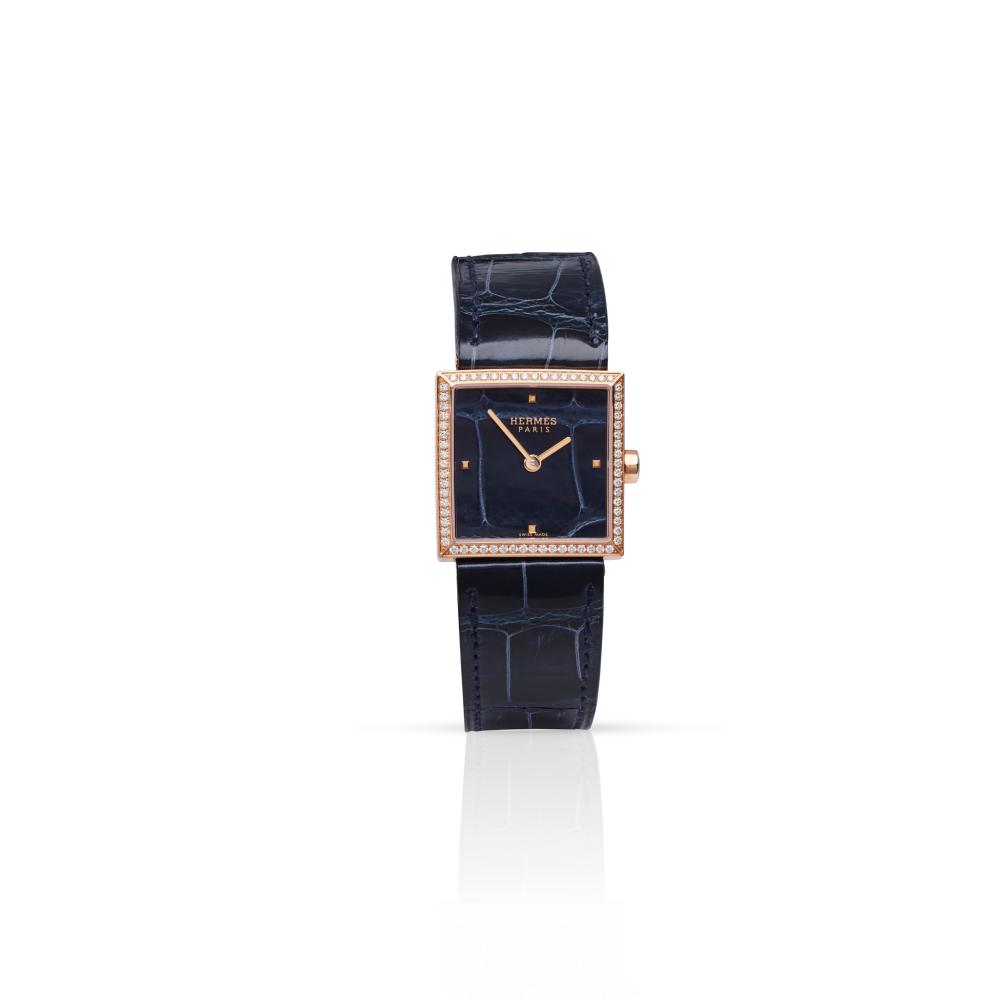 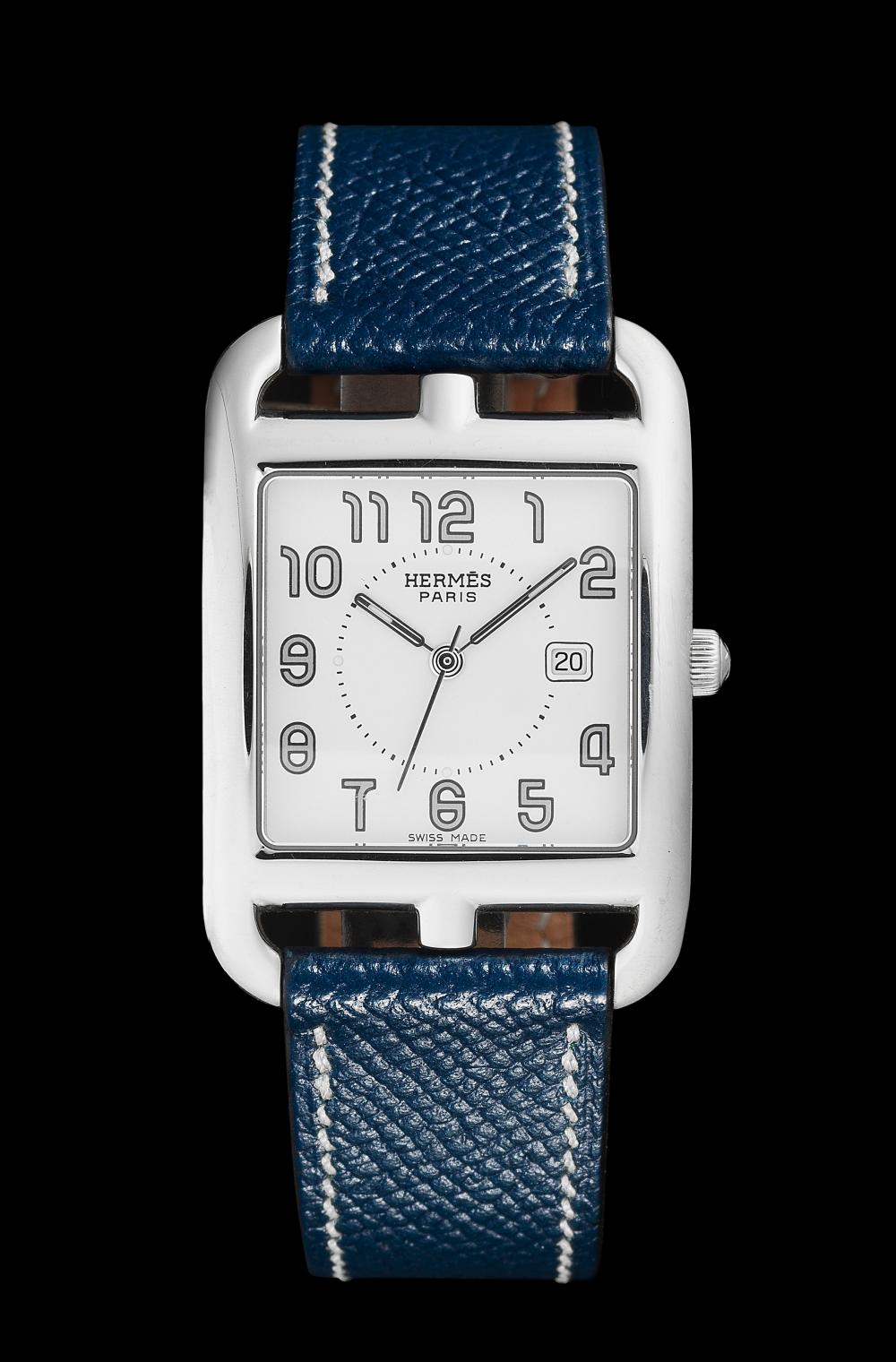 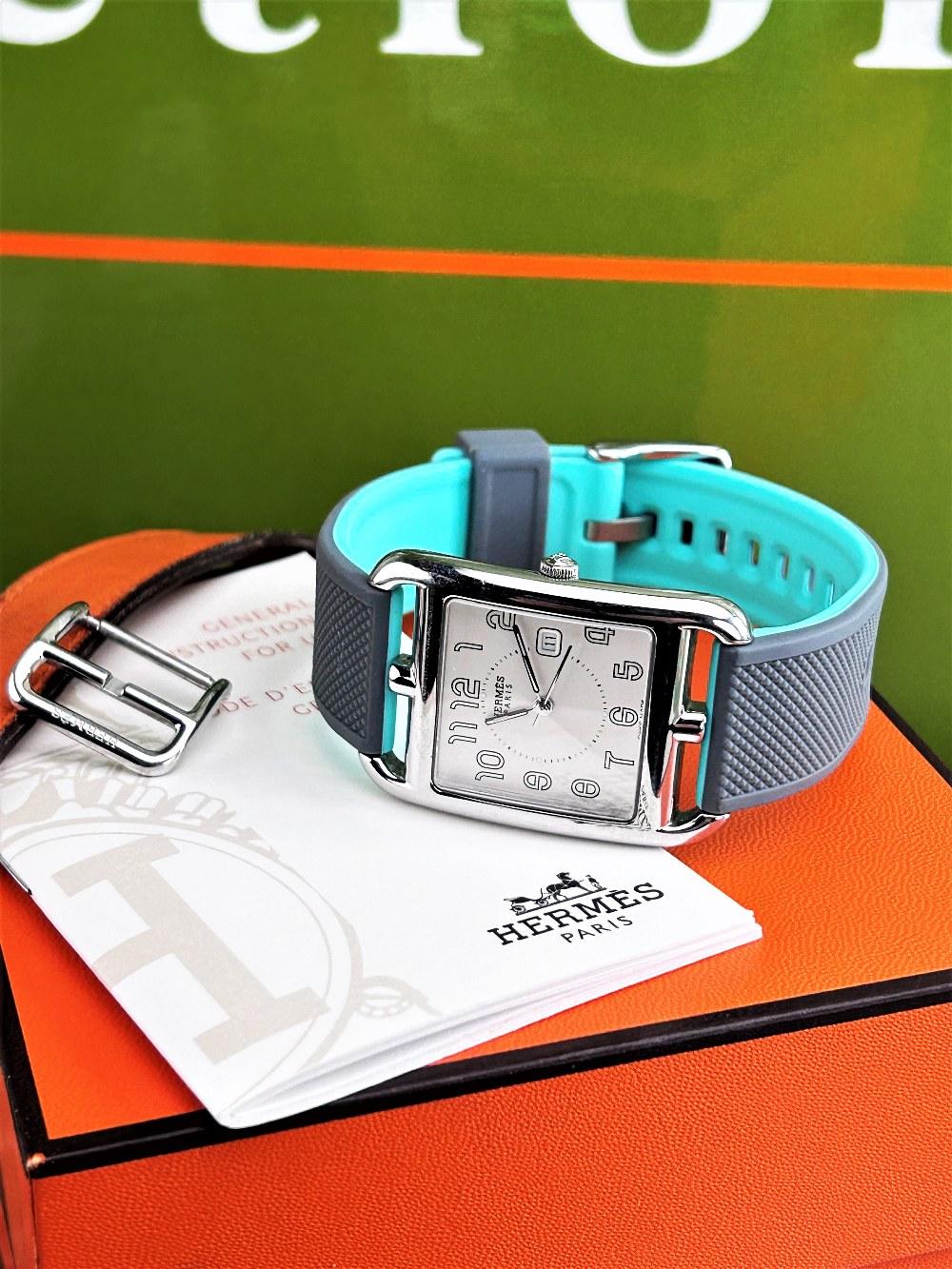 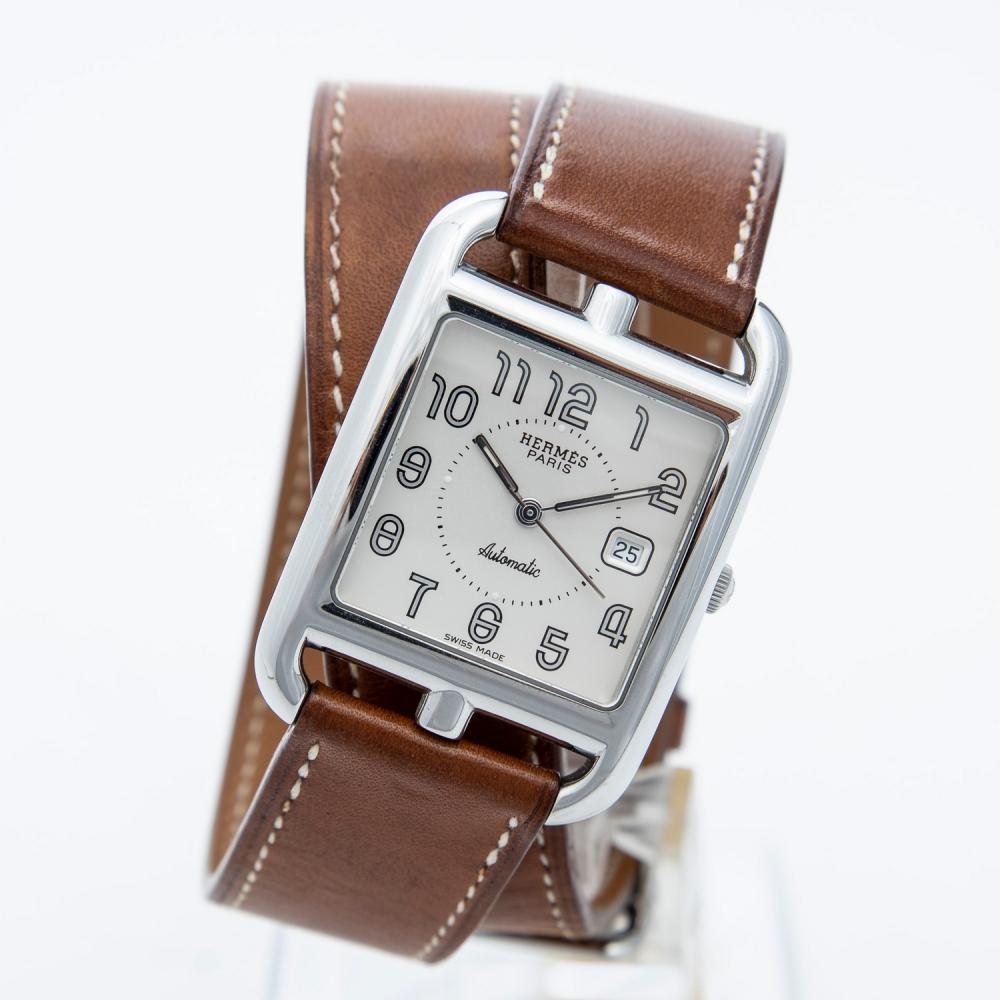 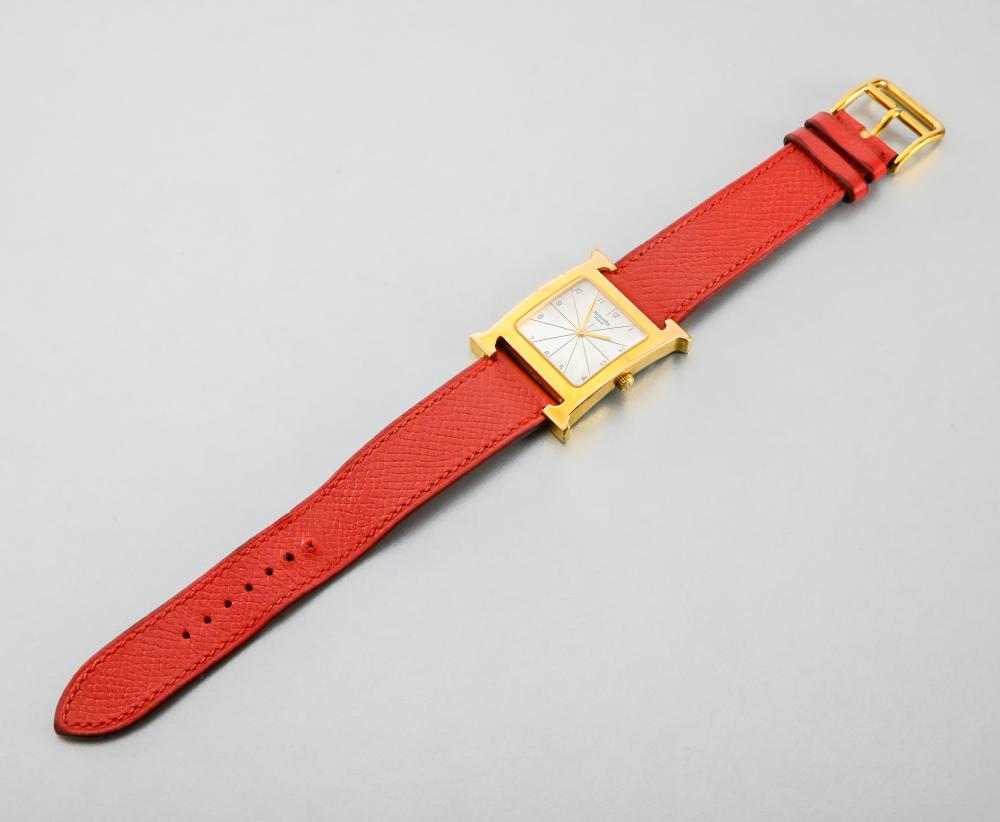 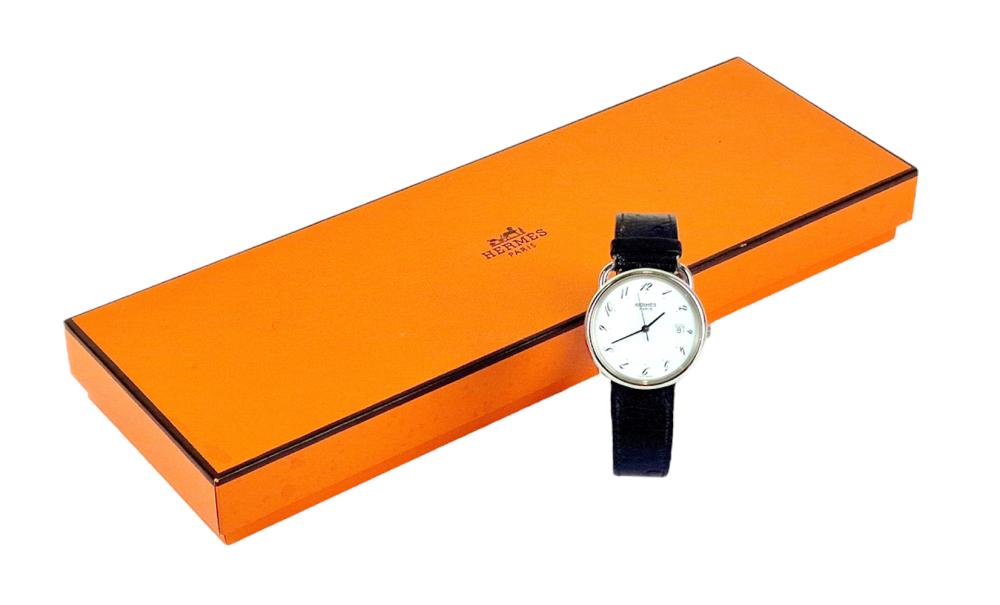 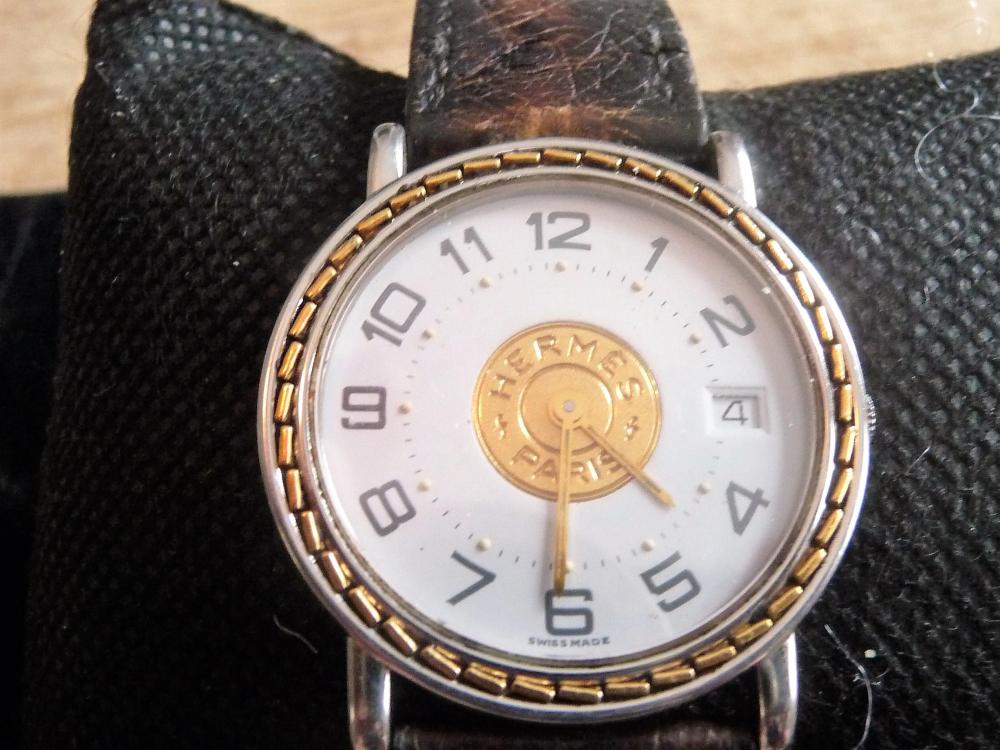 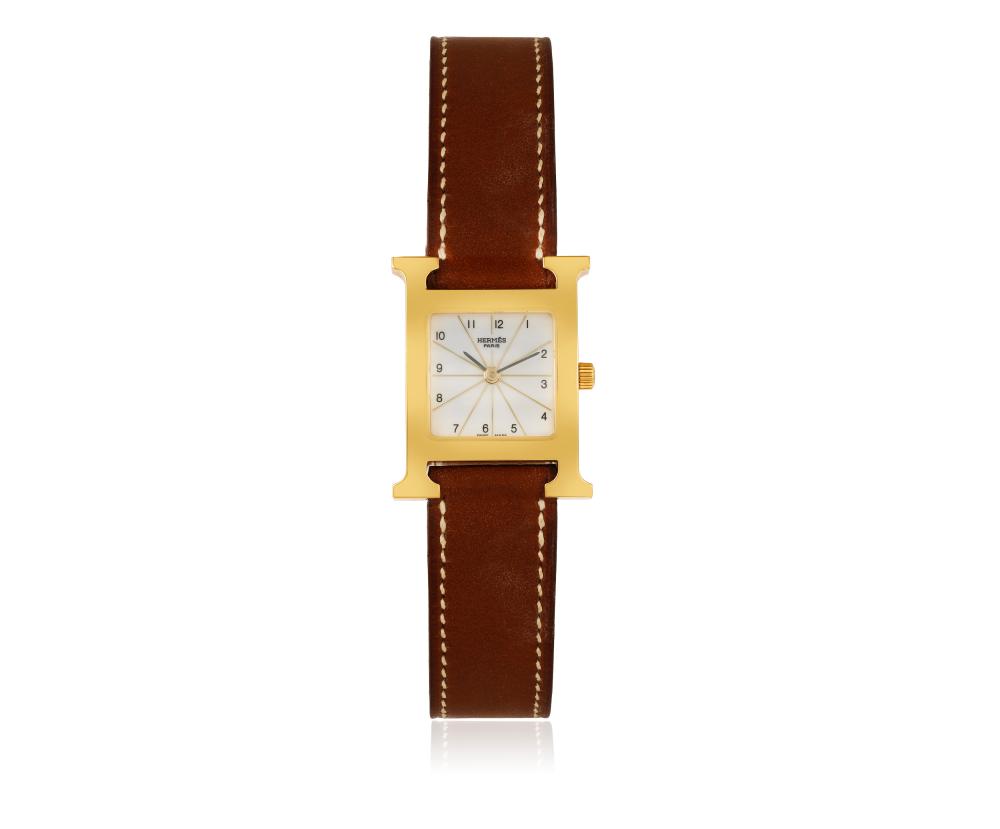 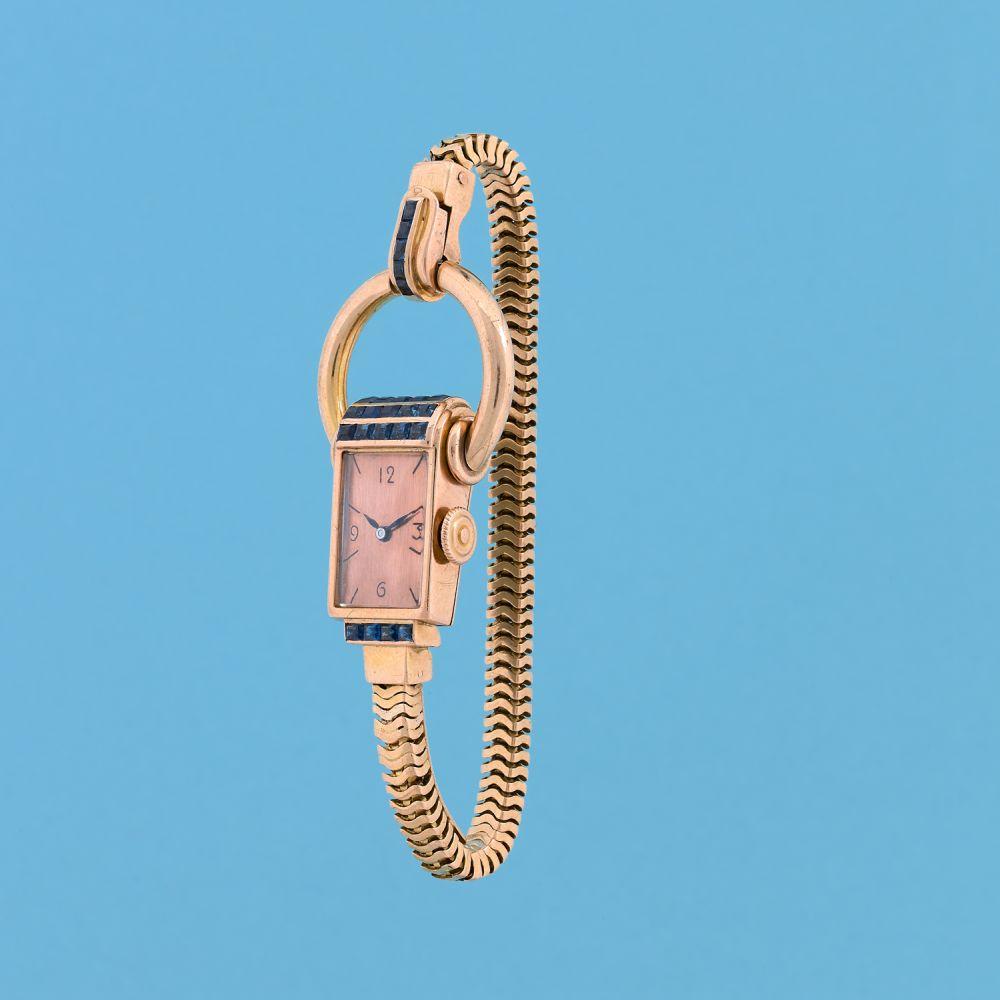 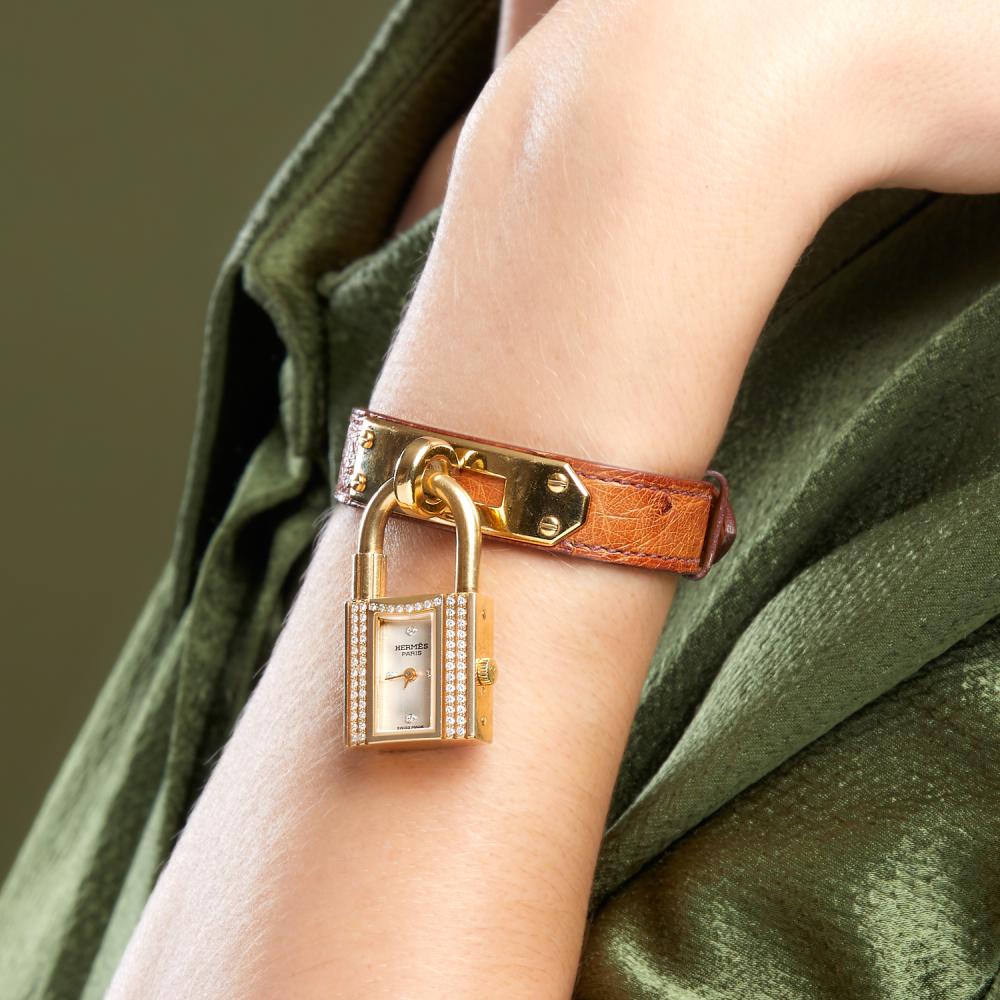 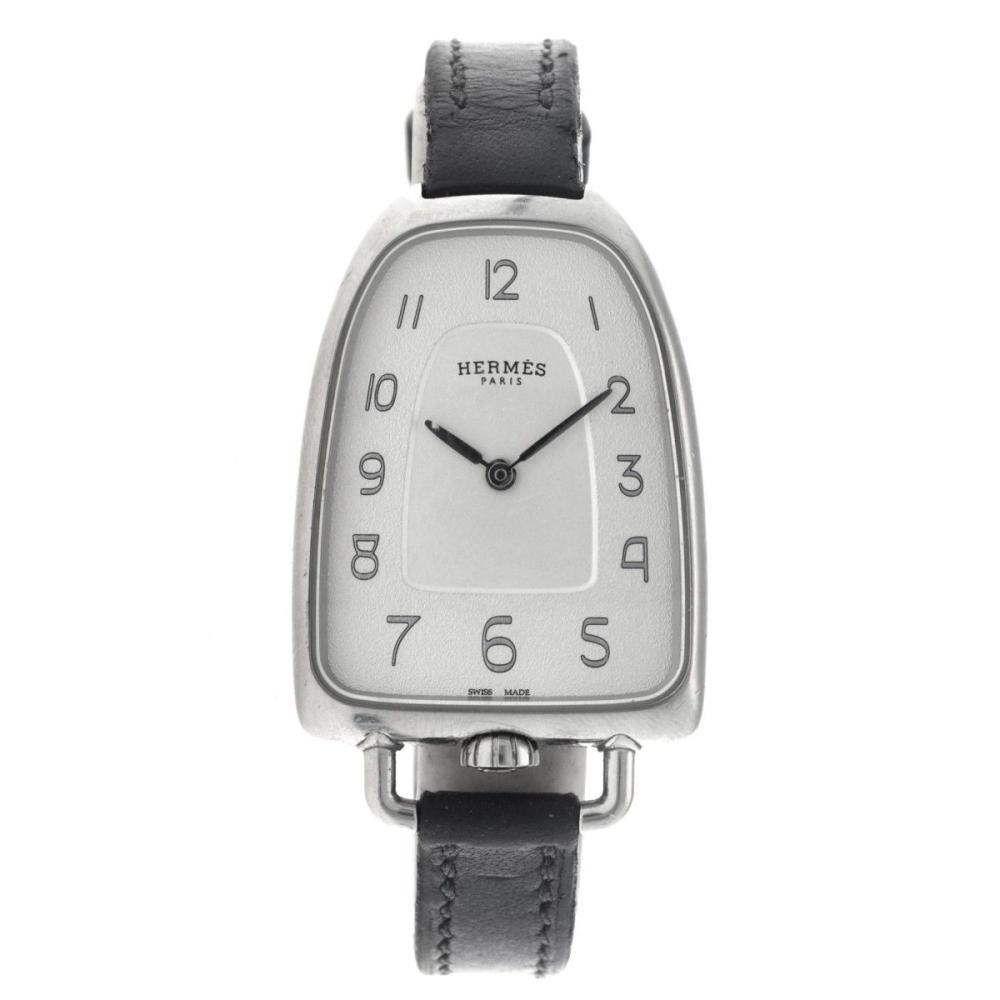 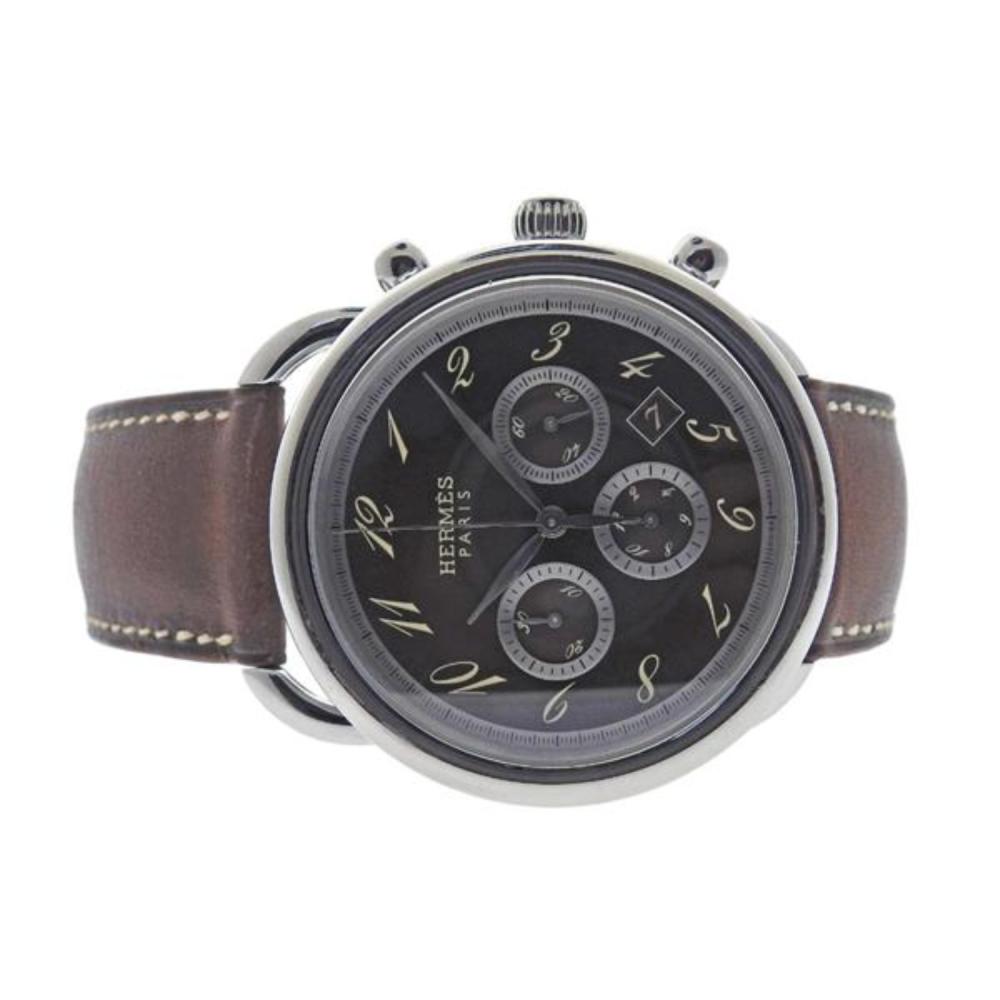 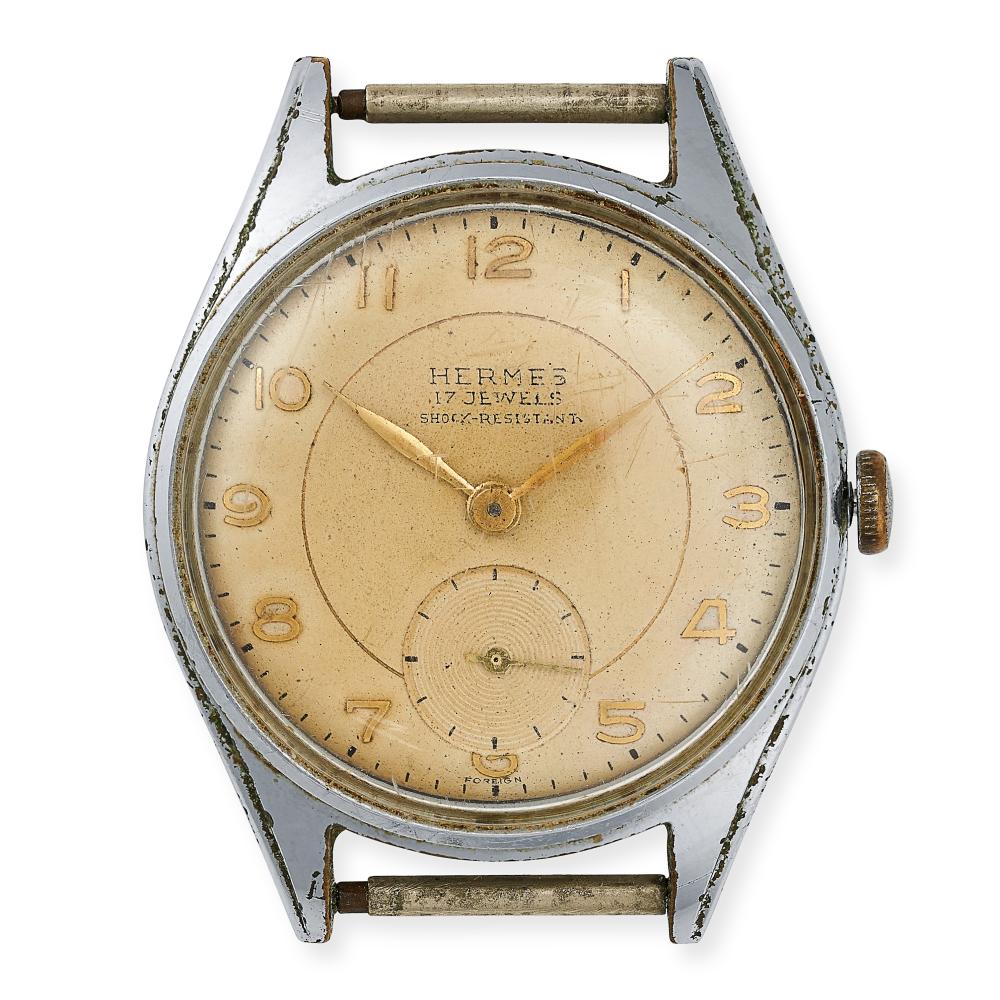 NO RESERVE - HERMES, A DRESS WATCH, HEAD ONLY with silvered dial, Arabic numbers and subsidiary 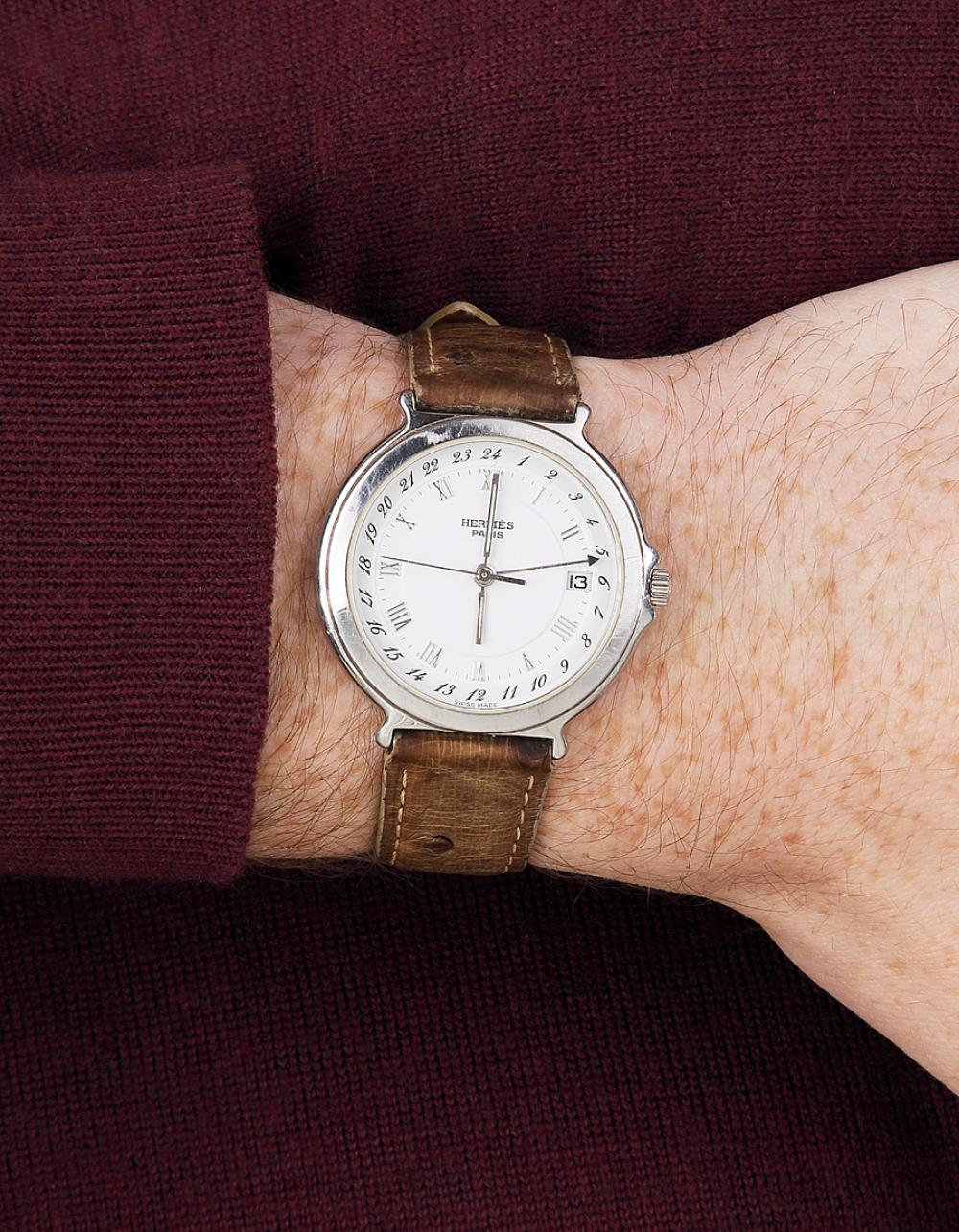 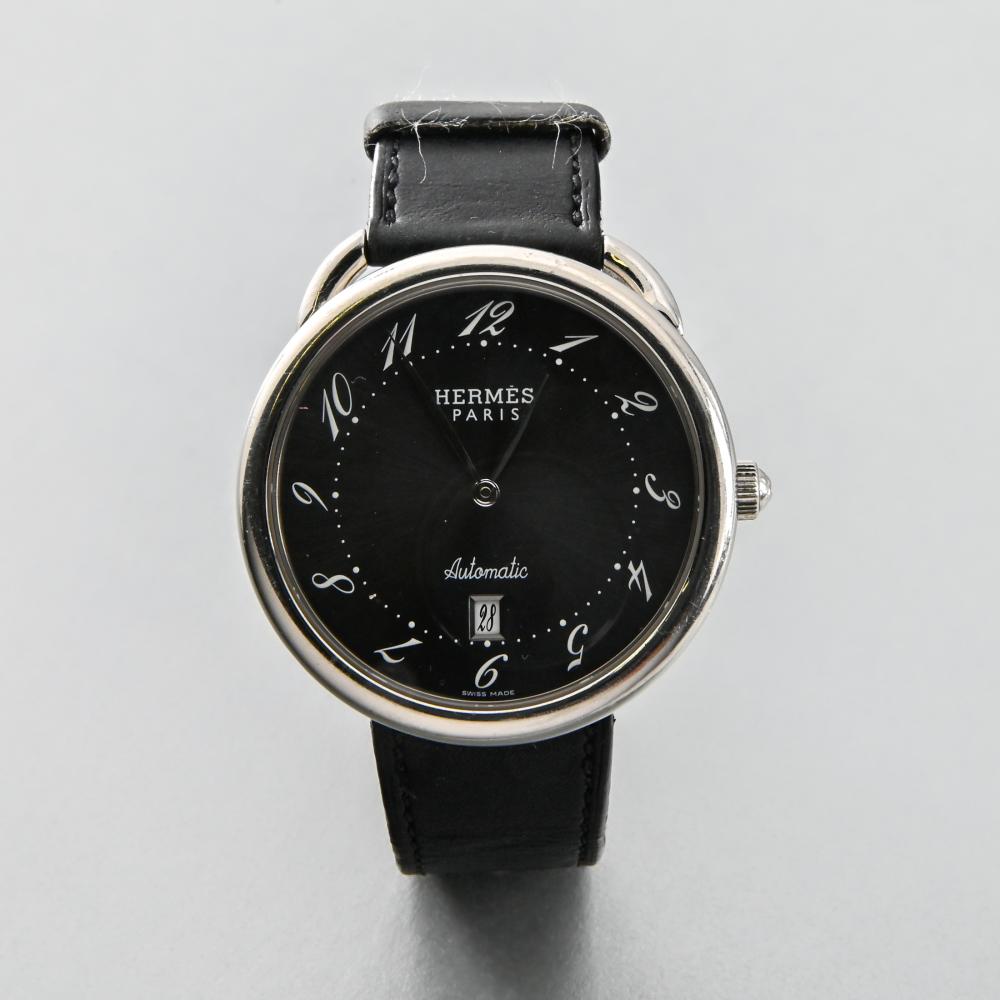 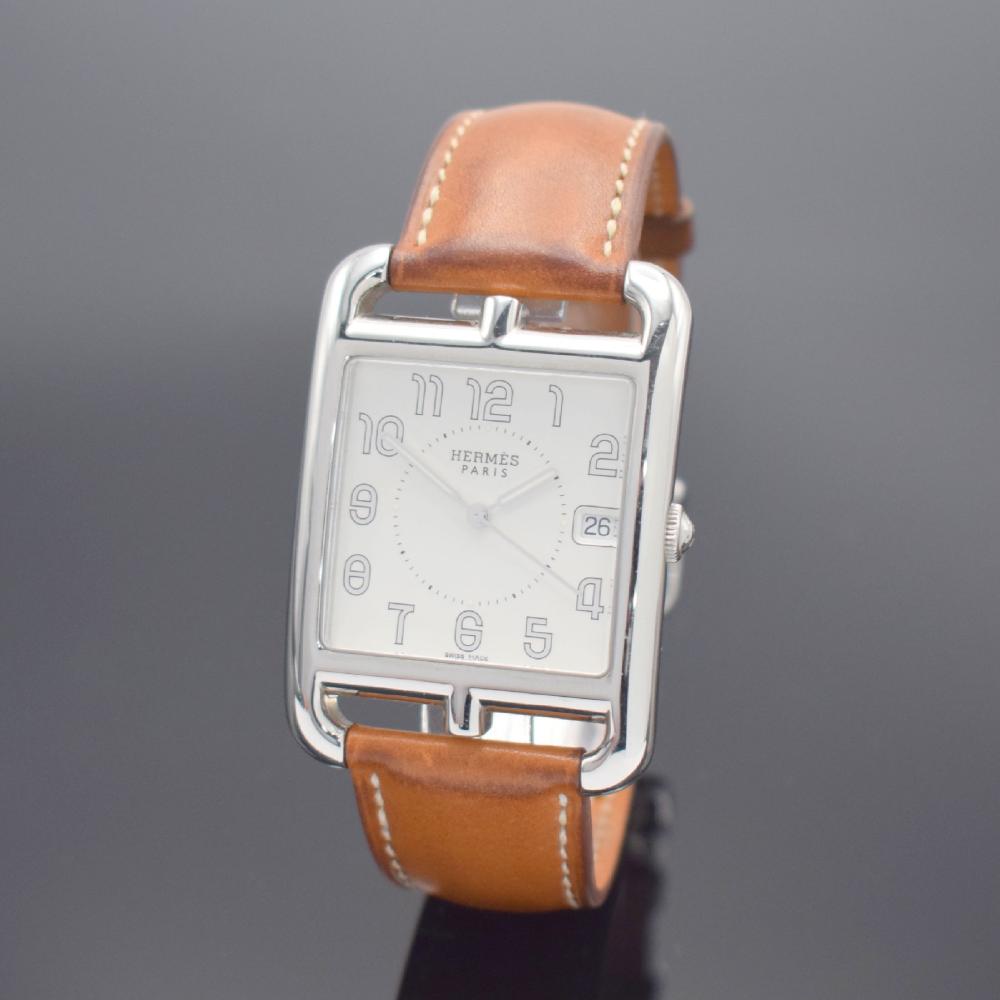