The Hungarian manufacturer Zsolnay produces porcelain, tiles, and stoneware. It was founded in 1853 by Miklos Zsolnay in Pécs, Hungary to produce stoneware. Miklos Szolnay's son Vilmos became manager and director in 1863 and helped the factory achieve international recognition by exhibiting their products at world fairs, including the 1873 World Exposition in Vienna and 1878 World's Fair in Paris.

In 1893, Zsolnay created porcelain pieces made from eosin, a unique process that produces a light red iridescence. The name is derived from the Greek word "eos," meaning flush of the dawn. Over time, different colors were developed. The secret glaze used in the eosin process creates porcelain that appears iridescent and metallic, with colors that change in the angle of the reflection. This look became a favorite among Art Nouveau artists. By 1914, Zsolnay was the largest company in Austro-Hungary.

During World War I, the factory produced items solely for military use. Following the war, conditions of the factory declined due to the Serbian occupation and difficulty securing raw materials. After the depression, conditions improved once again and in 1948, the factory was nationalized due to the communist rule. At this point, the Zsolnay name was dropped and the company operated under the title Pécs Porcelain Factory. After the market economy resumed in 1982, the name was returned along with its operational independence. Zsolnay is still operating, and in 2008, signed a contract with IKEA to produce 5,000 tons of ceramic per year. 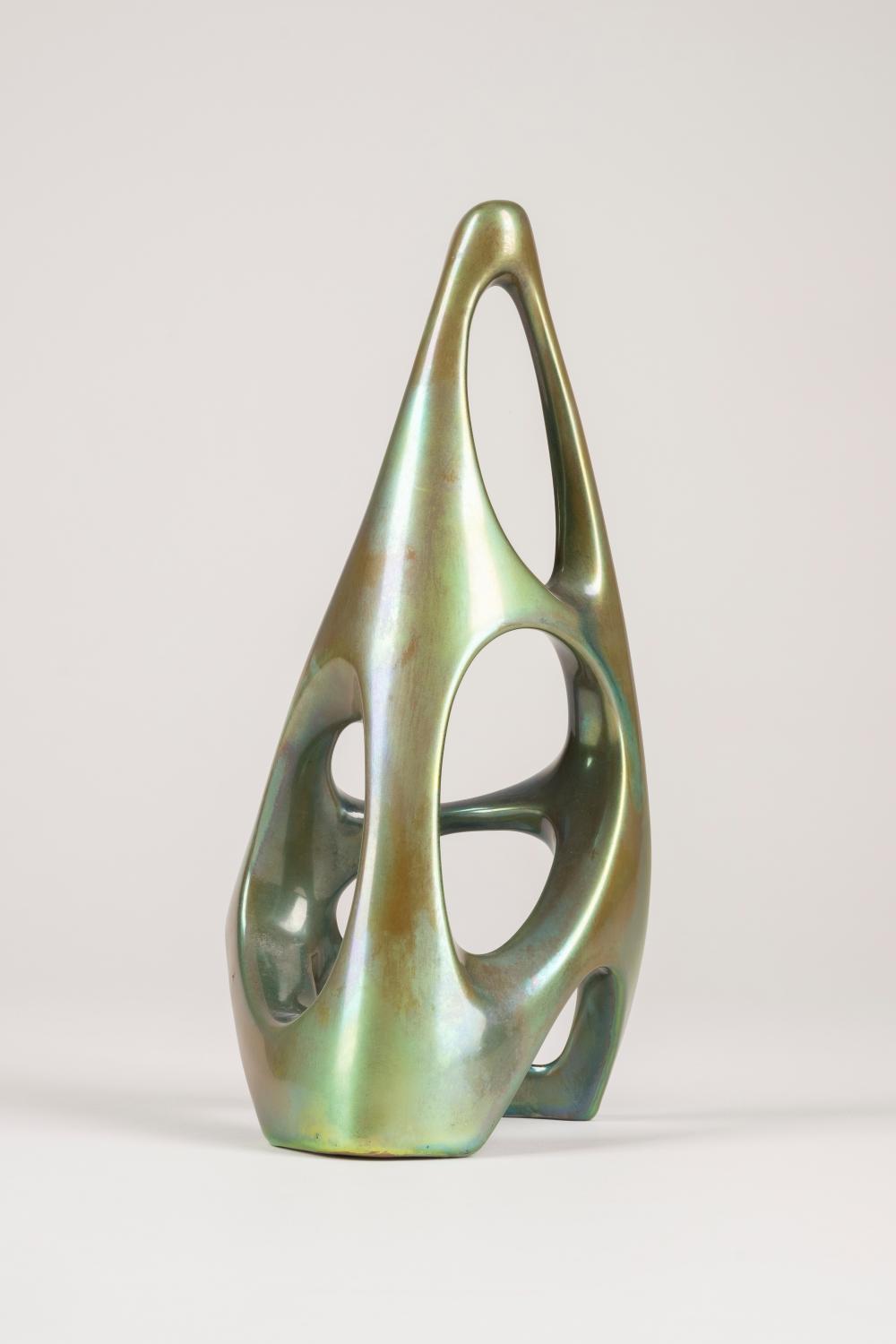 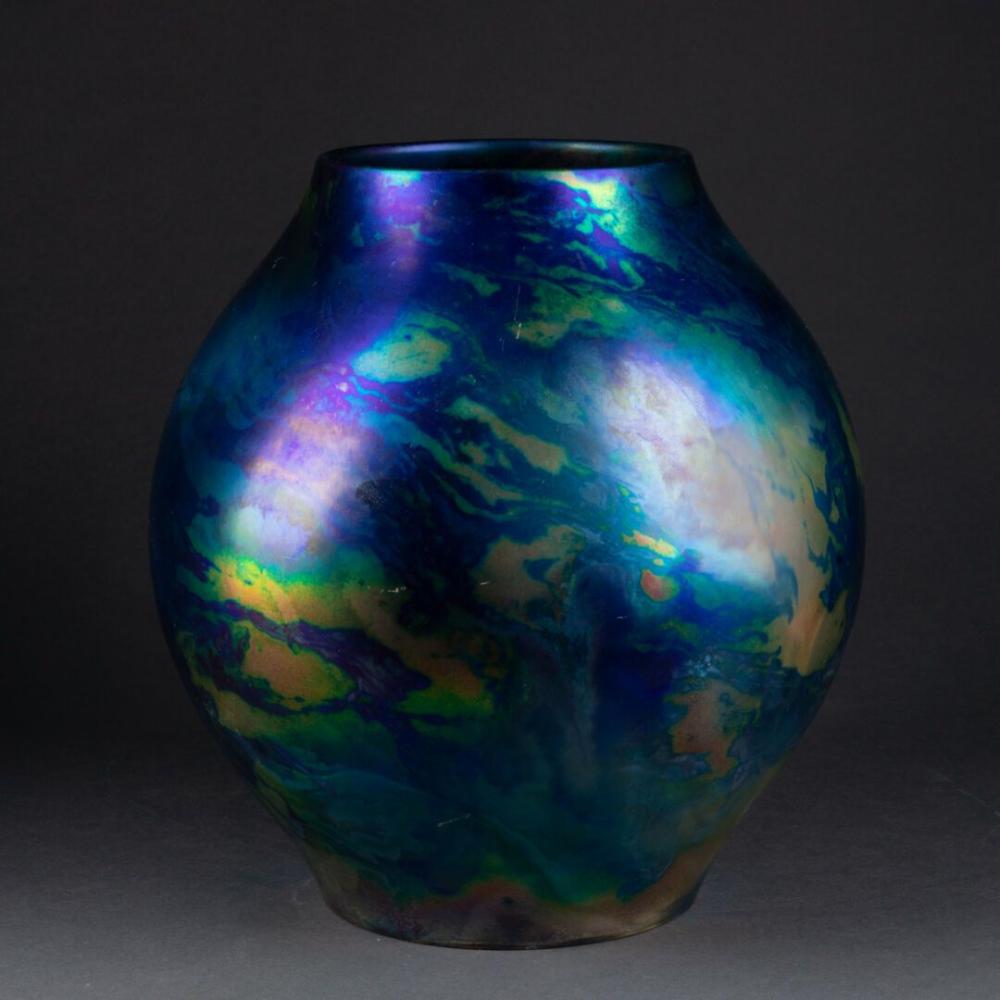 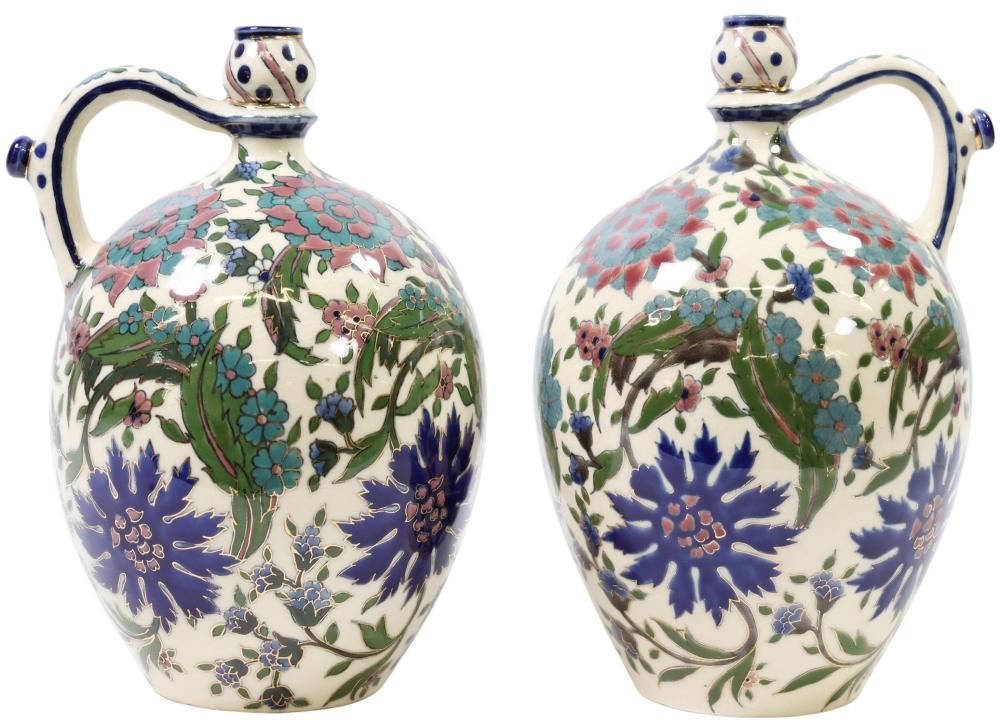 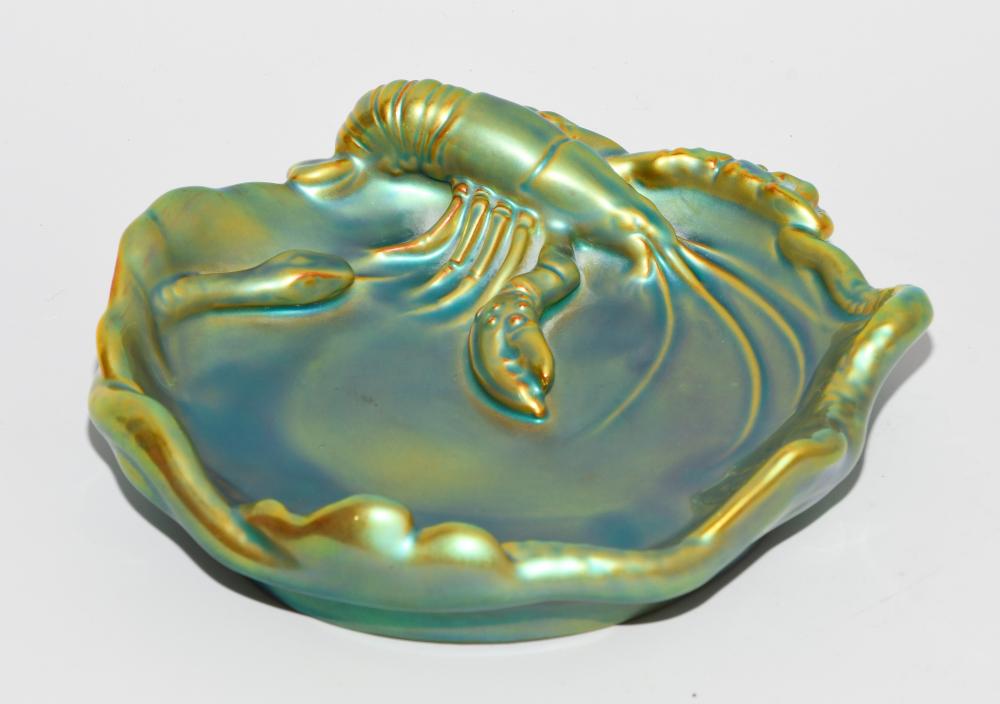 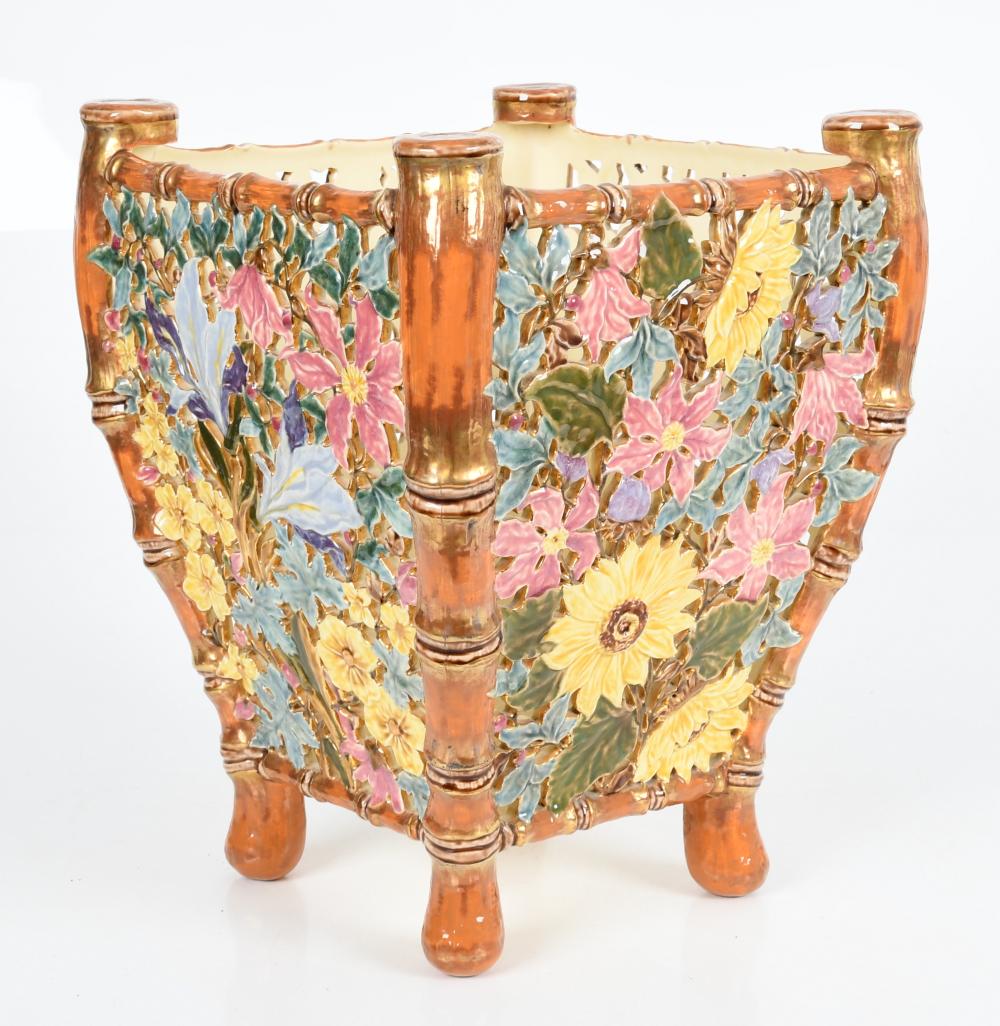 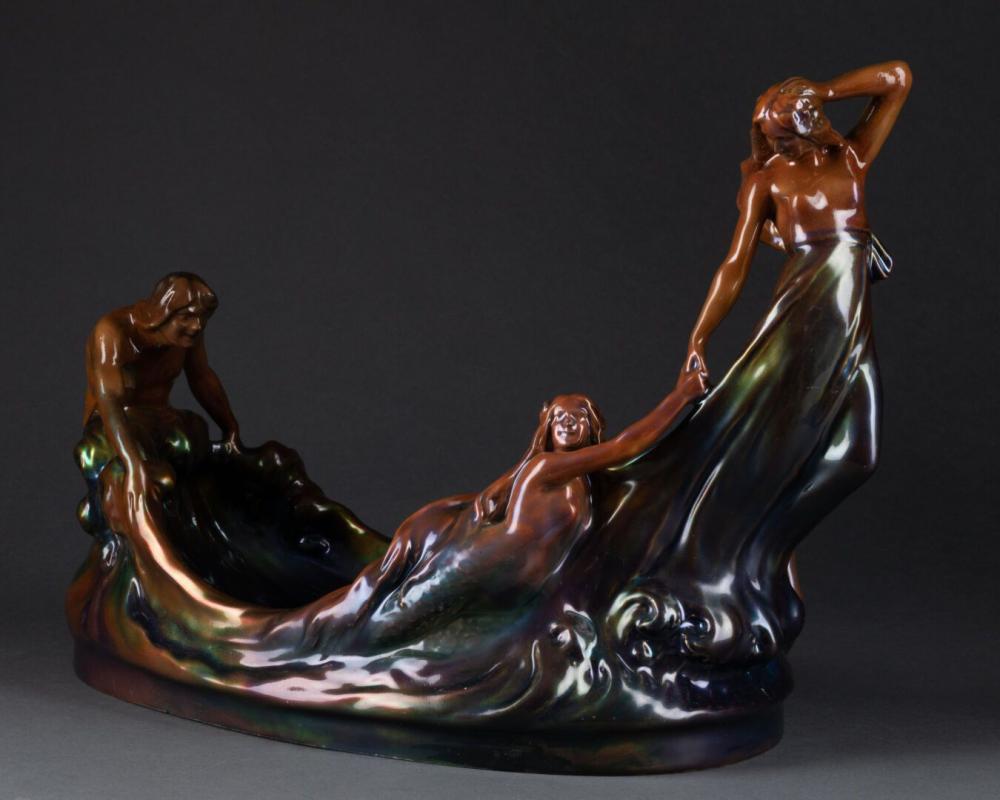 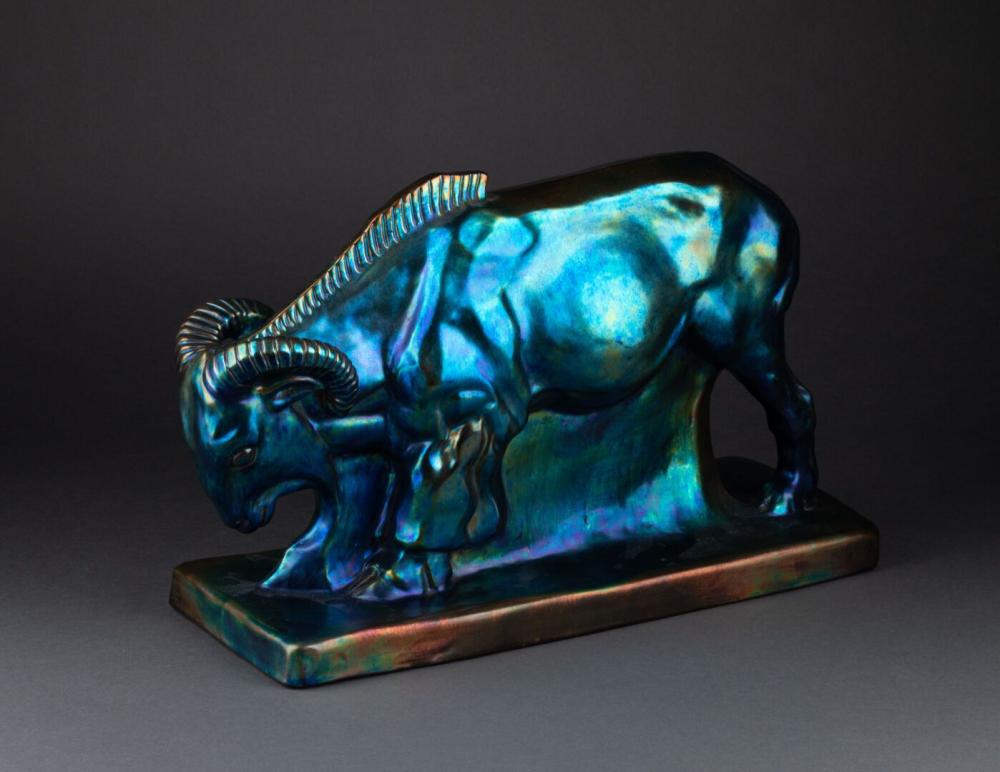 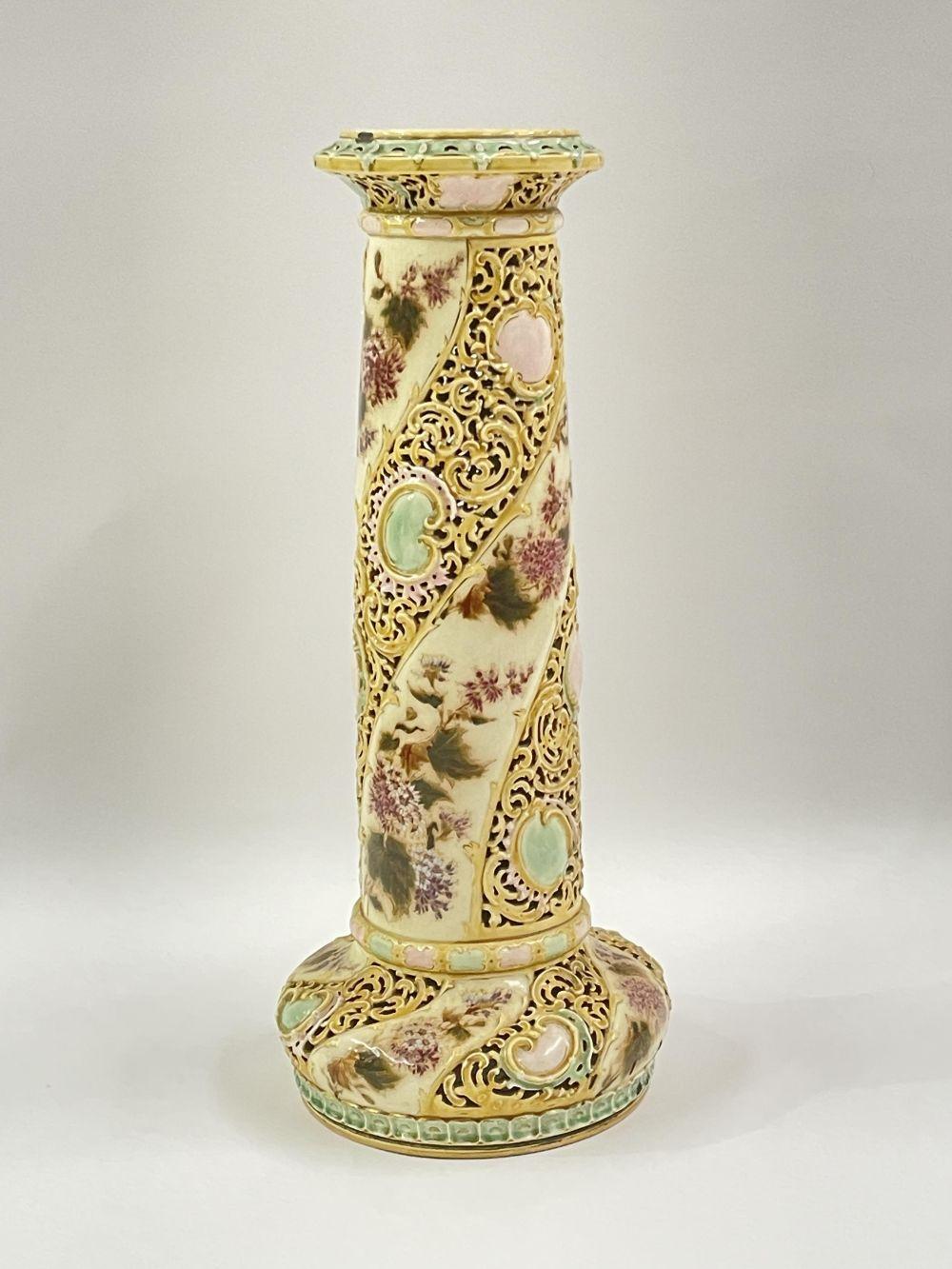 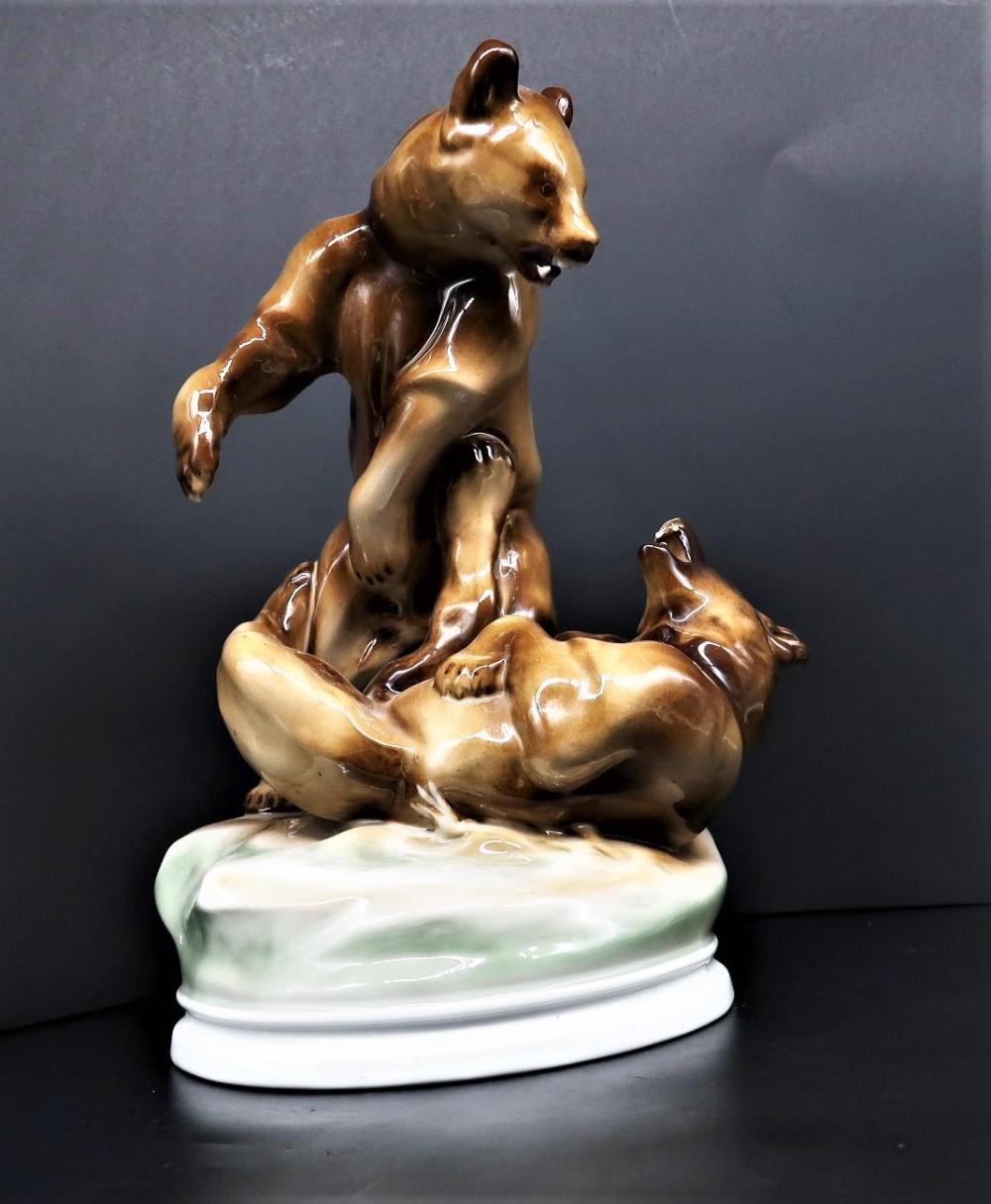 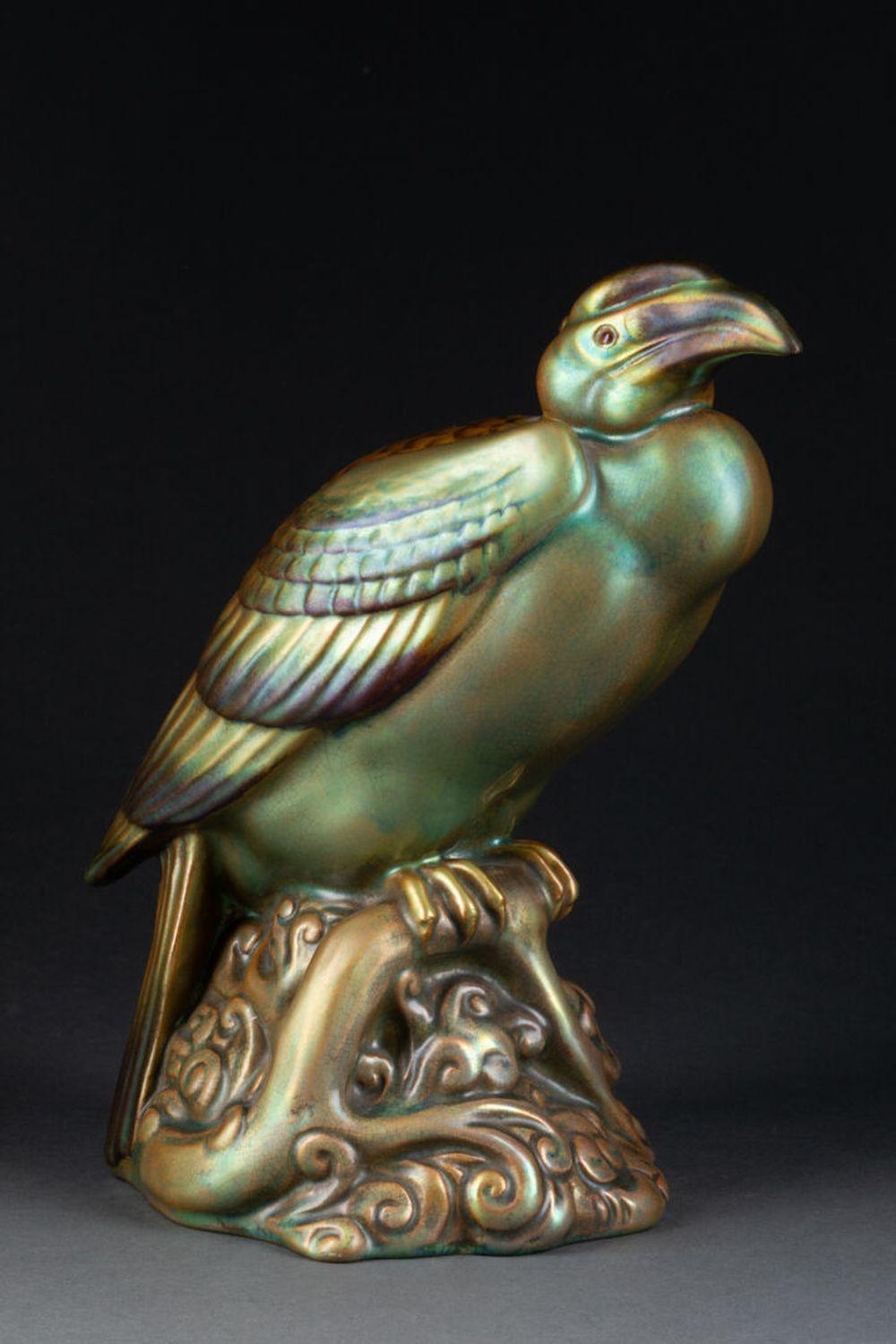 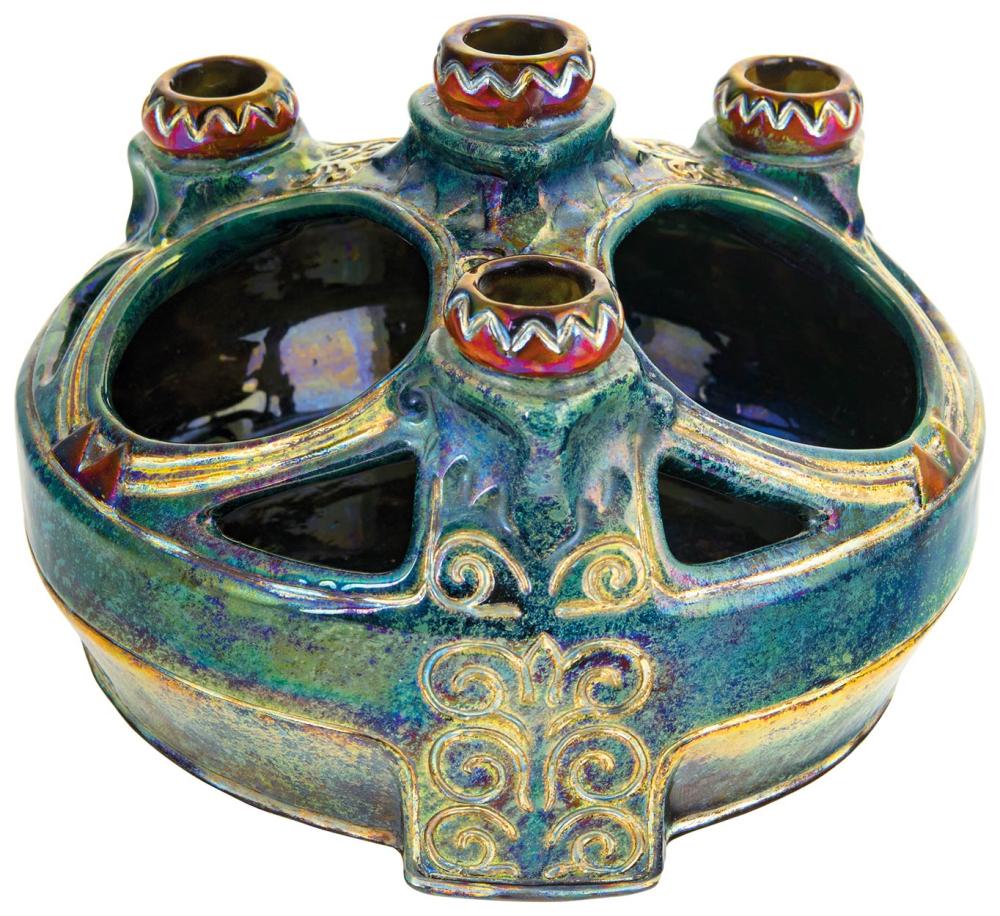 Zsolnay: Vase with Grape pattern, around 1900 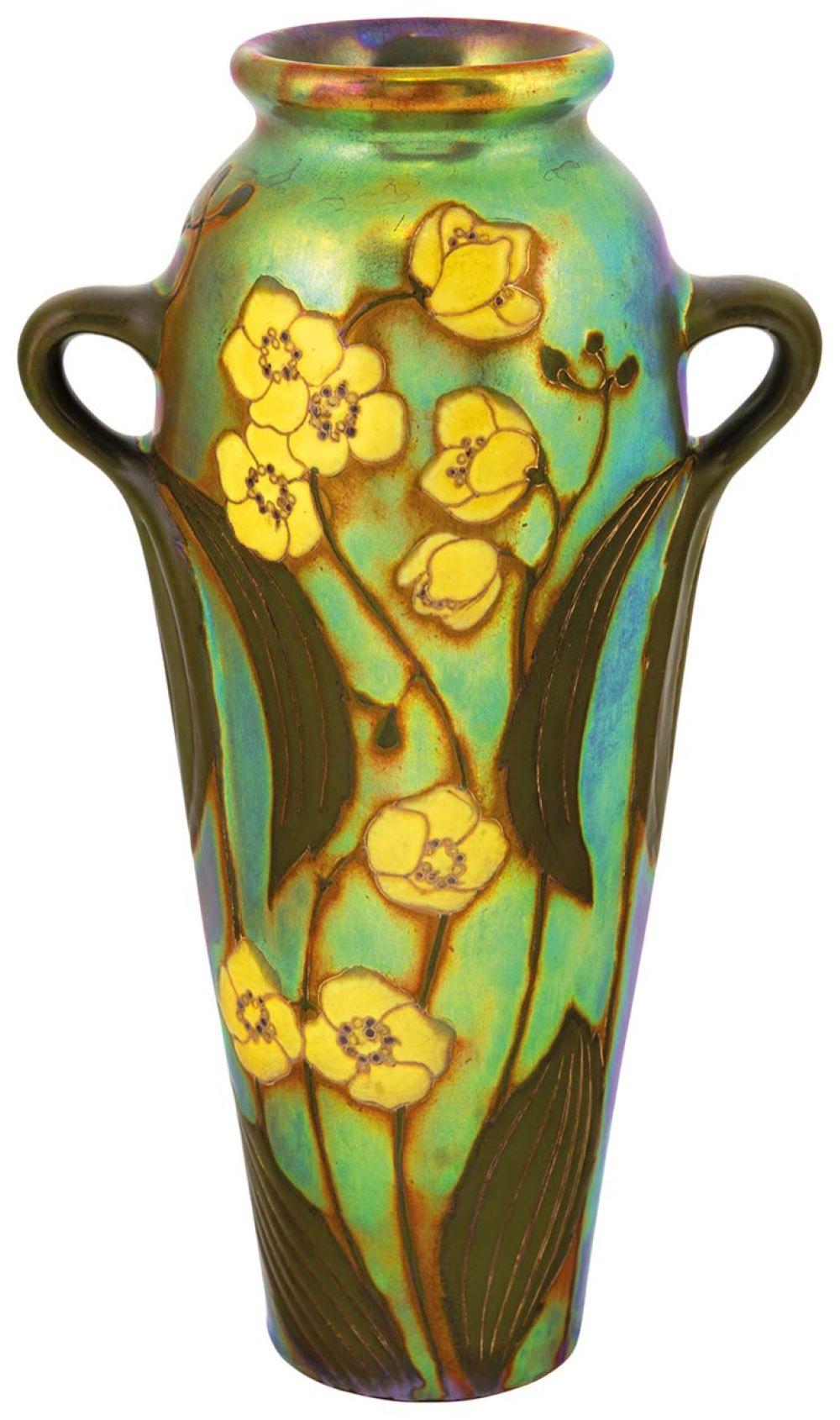 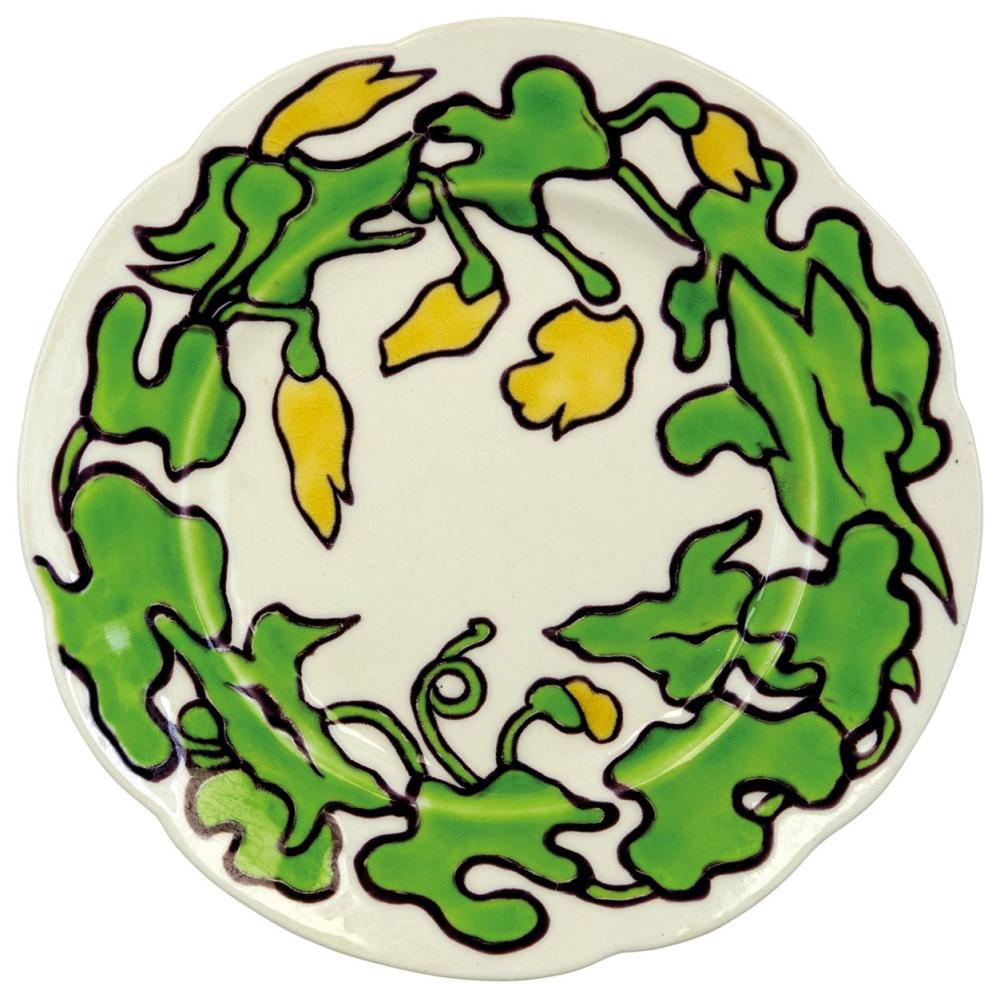 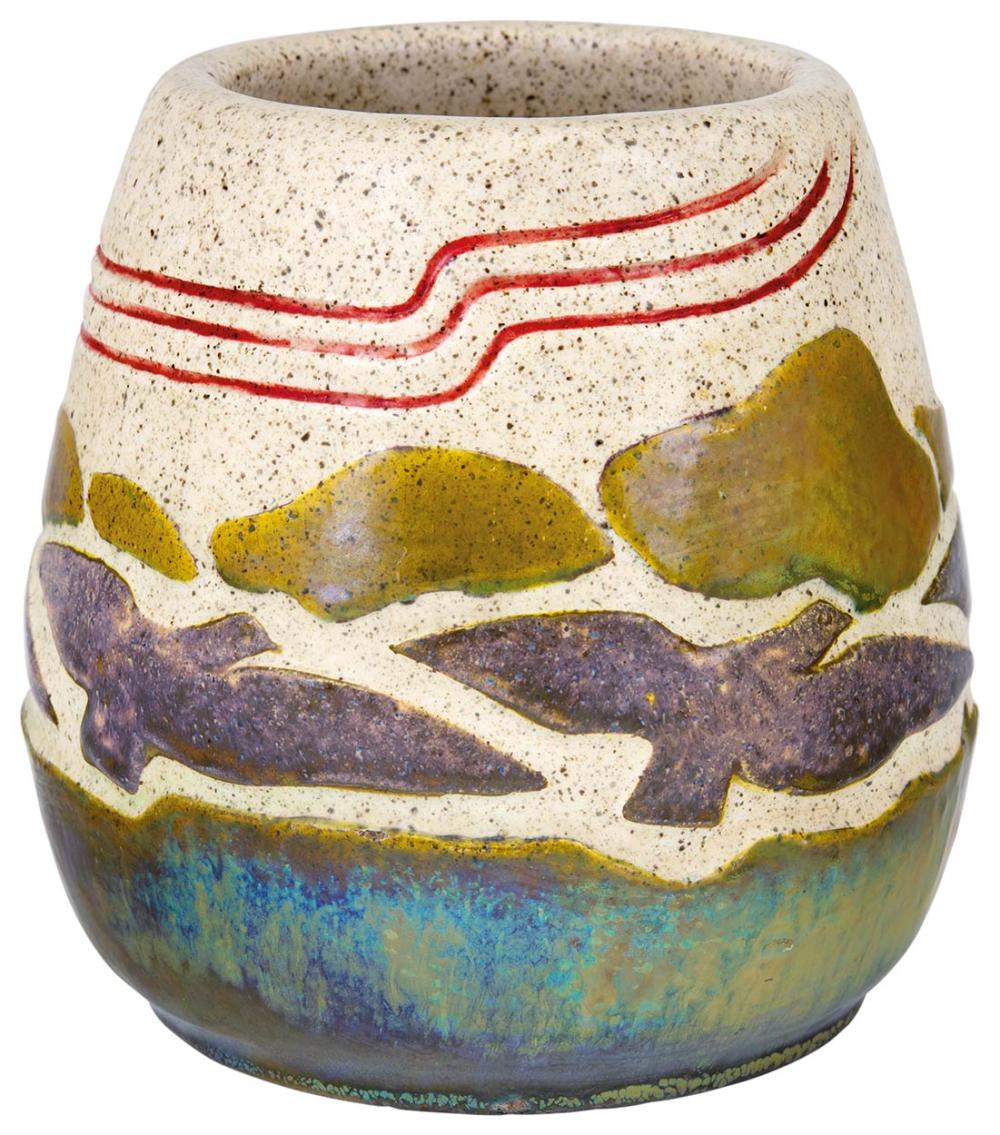 Zsolnay: Vase with a Stylized Panorama of Flying Birds and Clouds, 1903 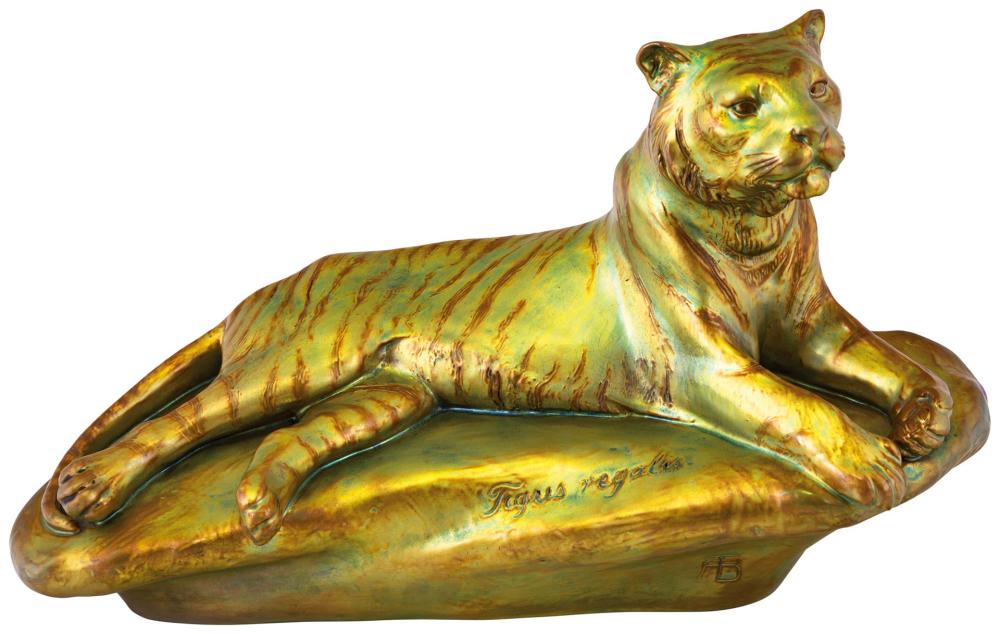 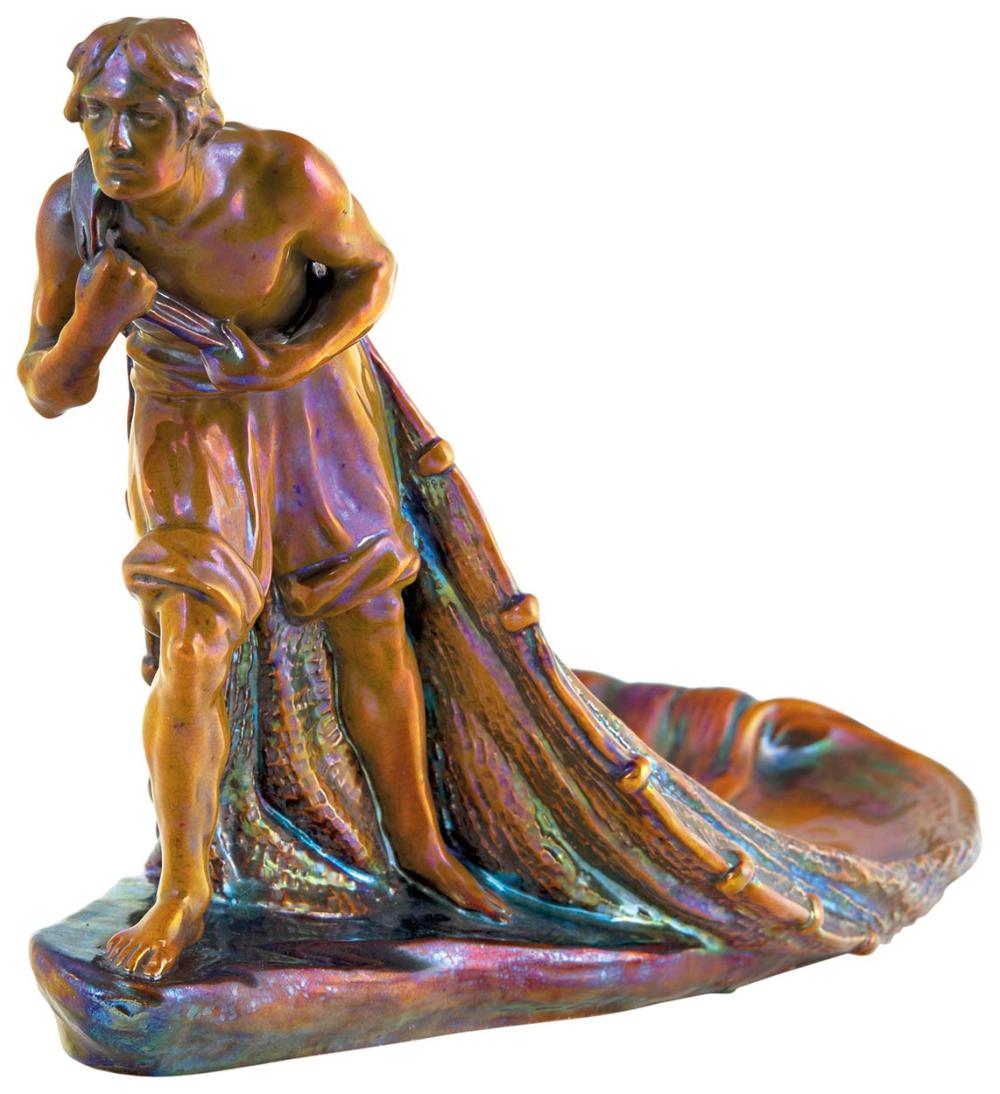 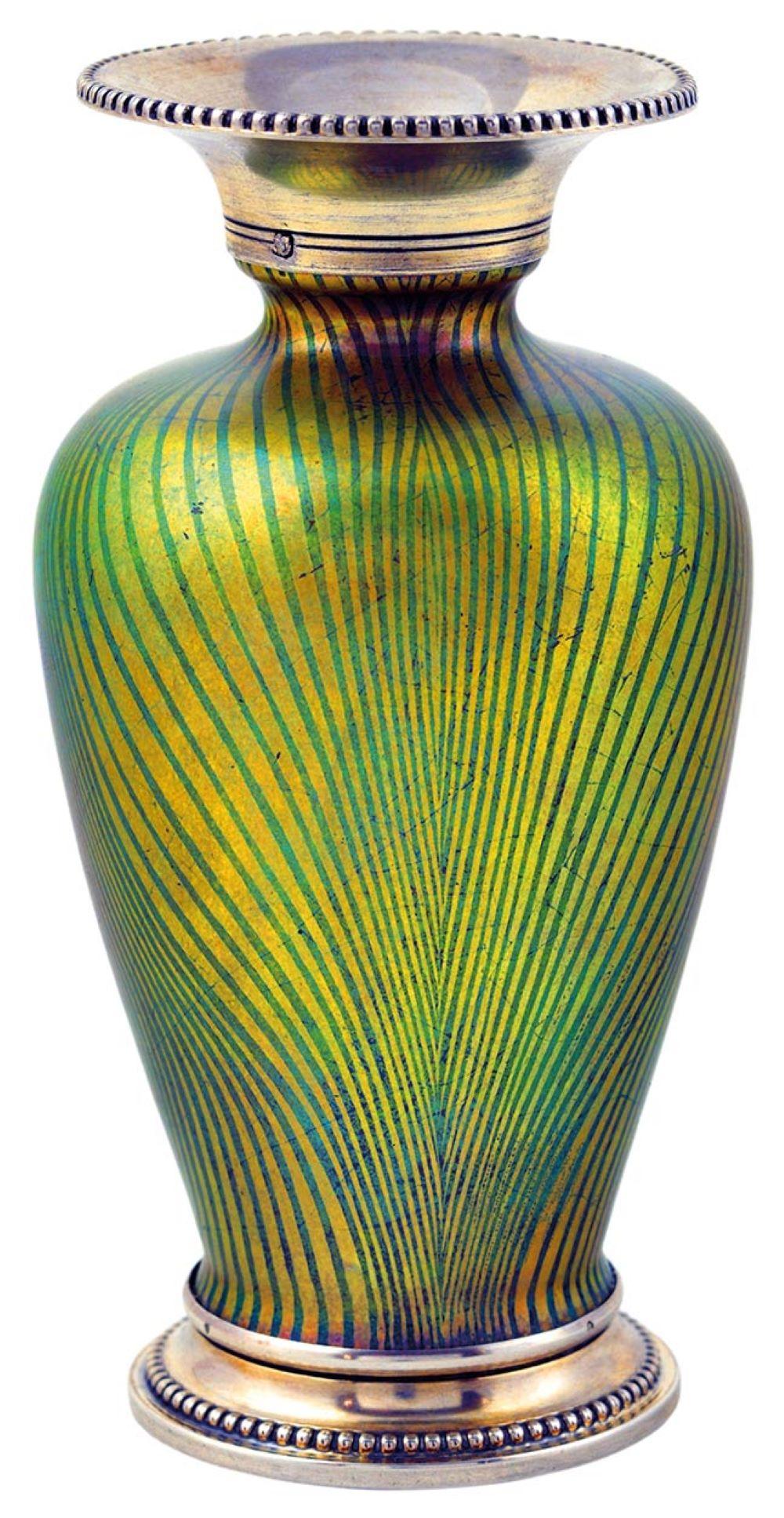 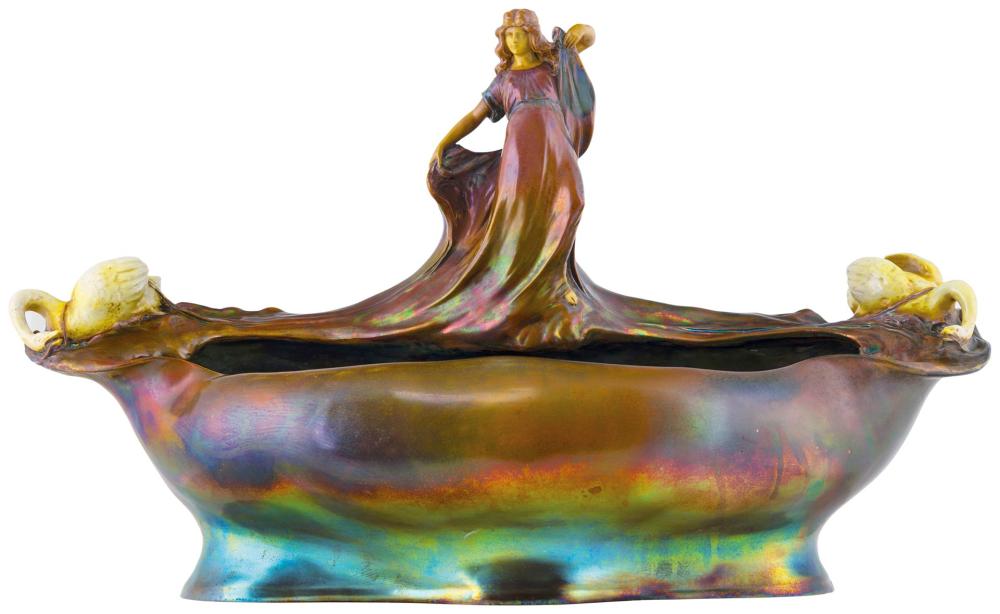 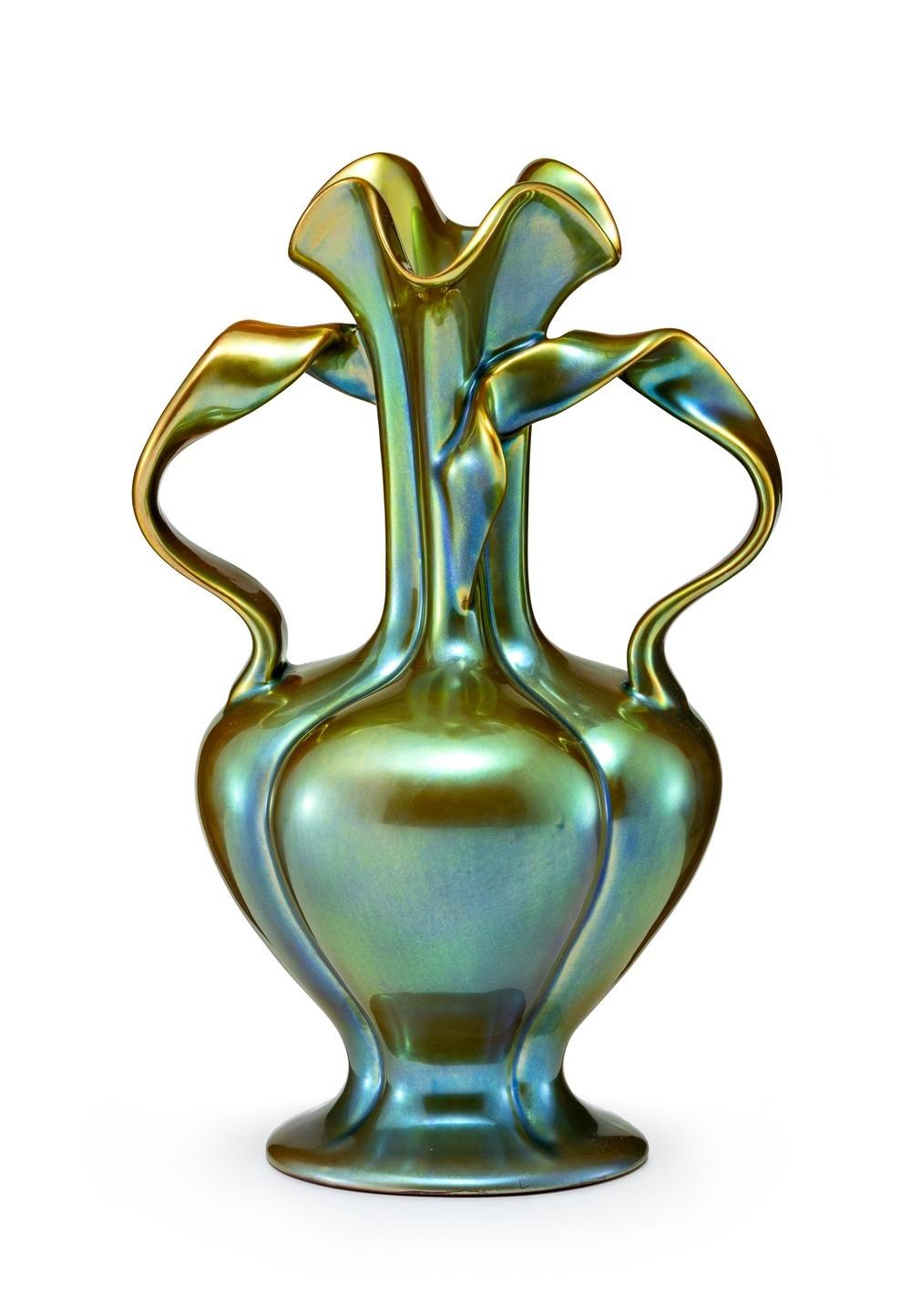