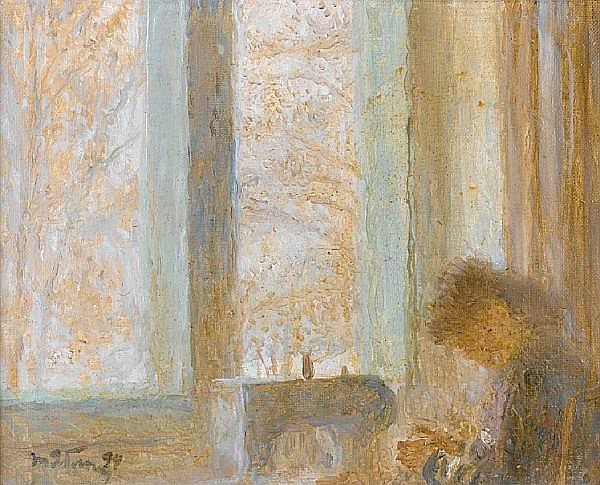 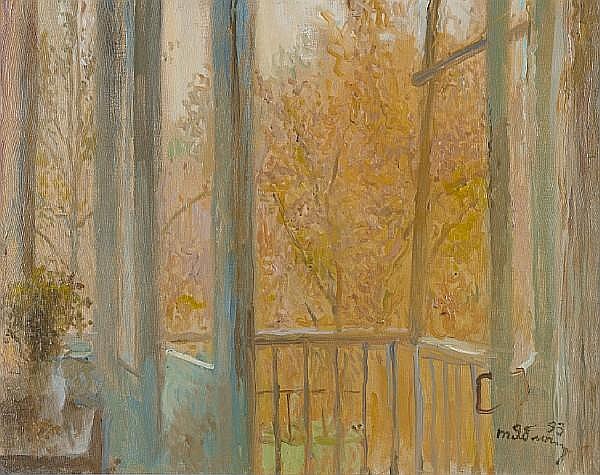 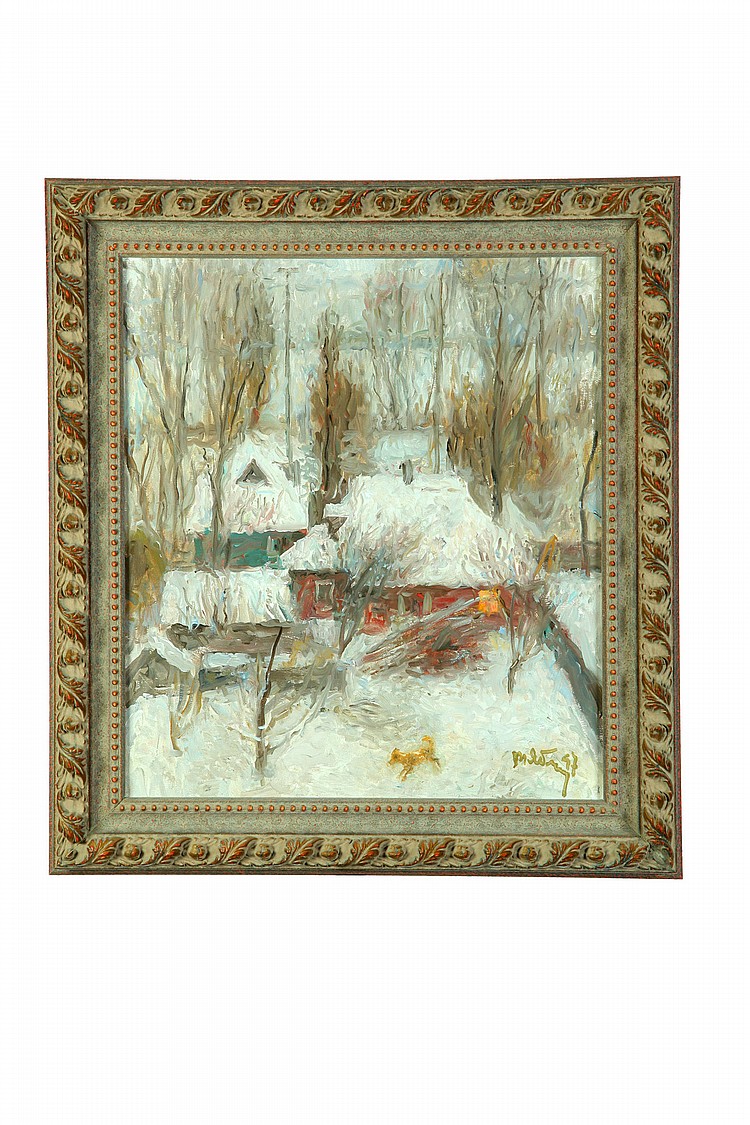 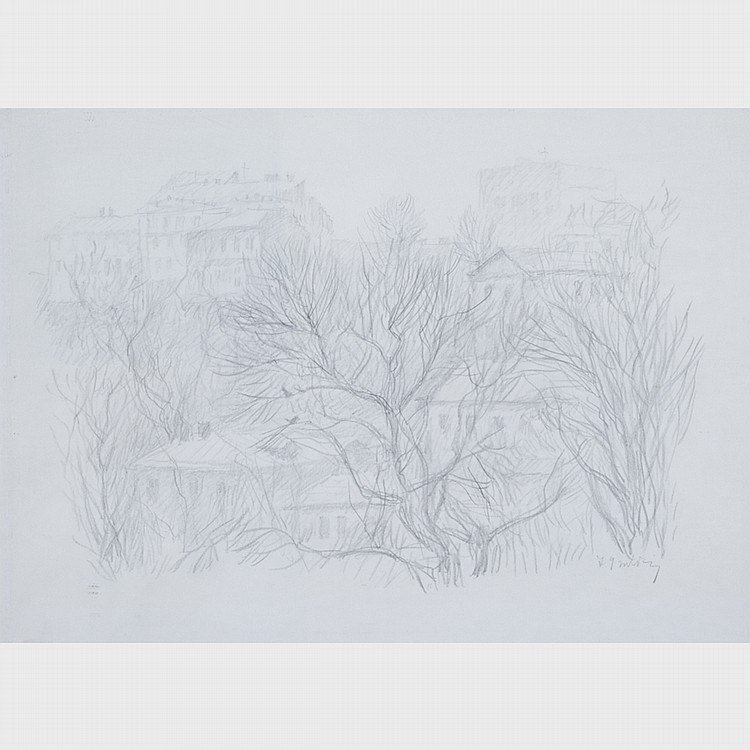 Yablonskaya is an award-winning Russian painter and “Bread”, her most famous work, won the Stalin Prize and is owned by the Tretyakov State Gallery. The work depicts a scene of young women at a collective farm during harvesting season. The version purchased by the Fund shows that the artist revisited the subject a number of times. Natalia Alexandrova, the head of the Tretyakov Gallery’s department for paintings from the second half of the 20th century and a corresponding Member of the Russian Academy of Arts, has confirmed that this a genuine work by Yablonskaya, noting that the artist has continued to work on the painting in later years as there are visible drawings throughout the canvas as well as changes in the colour details of the composition.

The idealised image shows a group of young women standing in the golden sea of harvested grain. The smiling woman in the centre is confidently rolling up her sleeves to put the harvest in bags while the men in the background load endless bags of wheat onto the trucks. There is a sense of abundance and the wheat glows with vibrant light that reflects on workers skirts, shirts and faces. The use of bright red – on a shirt, beads, and in fabric – lightens the ochre of wheat and energises the canvas. The combination of the radiant sea of

grains and workers glowing with enthusiasm creates powerful imagery of the joys and rewards of collective work.


Yablonskaya swiftly rose to fame after winning the Stalin Prize and while the rich harvest portrayed in the painting was probably not a true representation of the austere life in the post-war USSR, the strength of her artistic vision was instantly recognised by fellow artists and common people alike. The image was reprinted countless times and in 1967 it was used on a Russian stamp.

”Harvesting Wheat in the New Lands” comes from a private collection in Ireland and the artist’s daughter confirmed its authenticity. This has been further verified through infrared examination of the canvas and X-ray spectrometry which showed that the materials and techniques identified are fully consistent with the artist and the date stated on the inscription.


Andrey Filatov, founder of the Fund, said: “Tatyana Yablonskaya’s works have resonated with many and she continued to experiment with a wide range of styles throughout her artistic career. While she was one of the most prolific Russian painters of the twentieth century, the Fund was fortunate to be able to find and acquire the artist’s version of the iconic painting that made her famous during the difficult times of post-war Soviet Union.”

The Filatov Family Art Fund, led by entrepreneur and infrastructure investor Andrey Filatov, was founded in 2012 and initially intends to purchase annually about 10 to 12 works of art, dating from the period 1917 – 1991, enabling it to become the point of reference for this particular artistic period. In addition to collecting art from the socialist realism period, the aim is to increase the awareness of this genre internationally through exhibitions, lending to

Russian and international museums and galleries, as well as through the publication of books and catalogues on key artists and artefacts.


Tatyana Nilovna Yablonskaya (1917 – 2005) was a celebrated Russian and Ukrainian artist. She was born in Smolensk and her father, an artist and a teacher, taught her to draw at an early age. She continued her studies at the Kiev art college and then at the Kiev State Art Institute between 1935 and 1941 under Fedor Krychevsky, an influential painter who has taught a whole generation of Ukrainian artists. Throughout her career, Yablonskaya’s works were exhibited at many exhibitions across the USSR and abroad, including the 1956 XXVII Venice Biennale and the 1958 Brussels World’s Fair. She was the winner of the USSR Stalin Prize in 1949, 1951, and was awarded the USSR State Prize in 1979. Her style has changed significantly throughout her life, shifting from socialist realism to ethnography-inspired primitivism and impressionism and back to realism. Yablonskaya’s works are owned by the Tretyakov State Gallery and other Russian and Ukrainian museums. 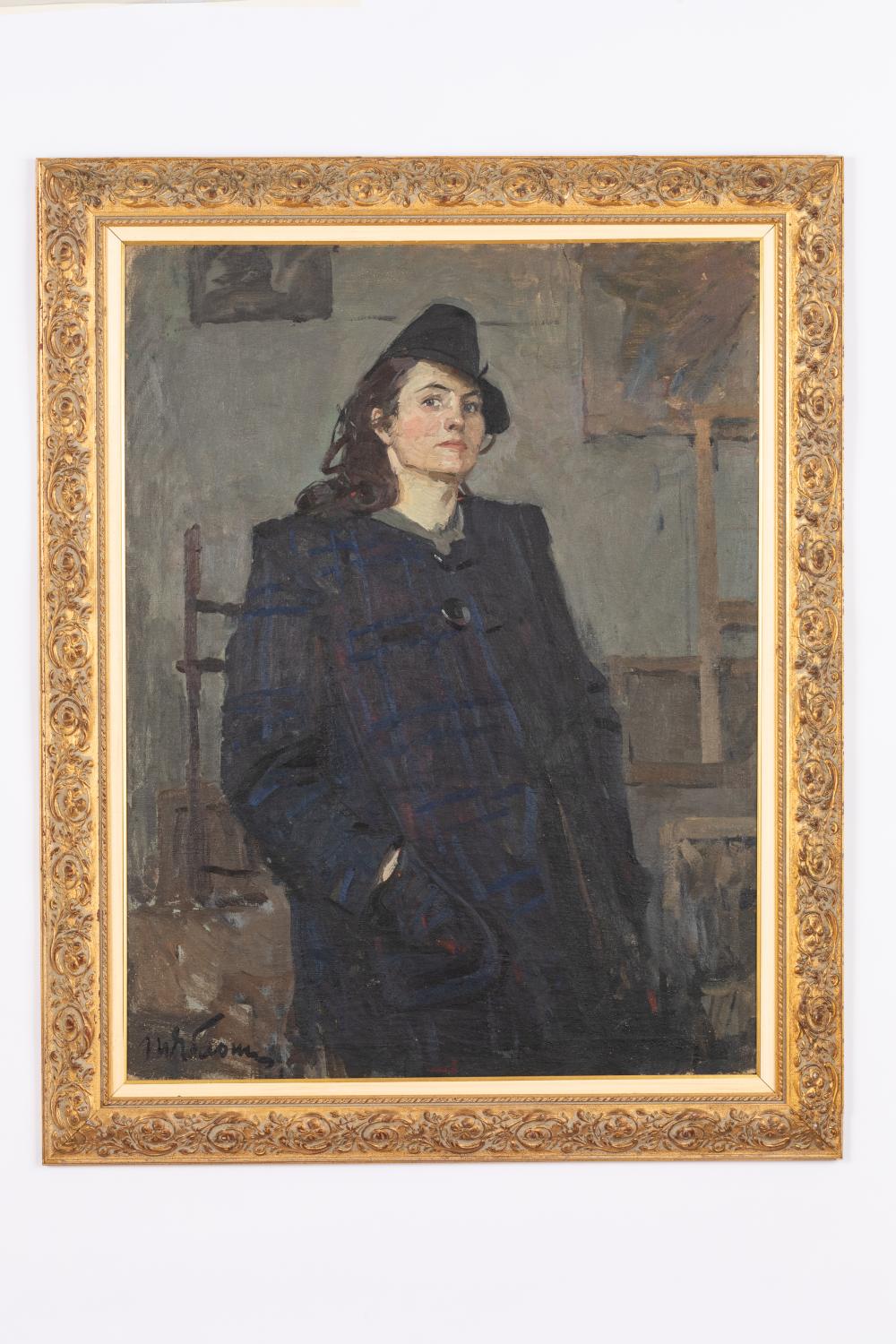 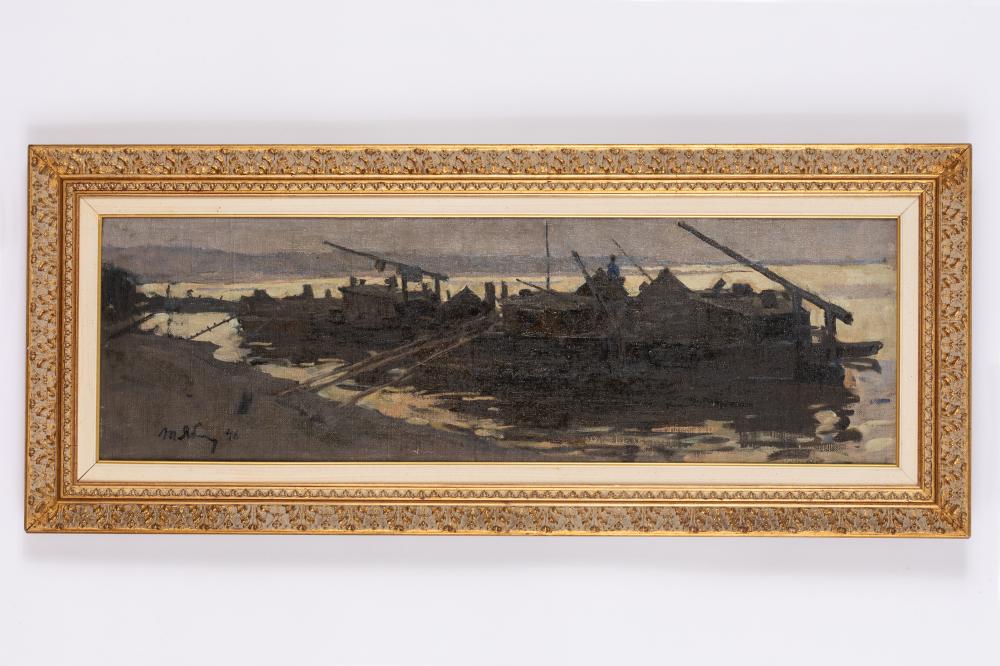 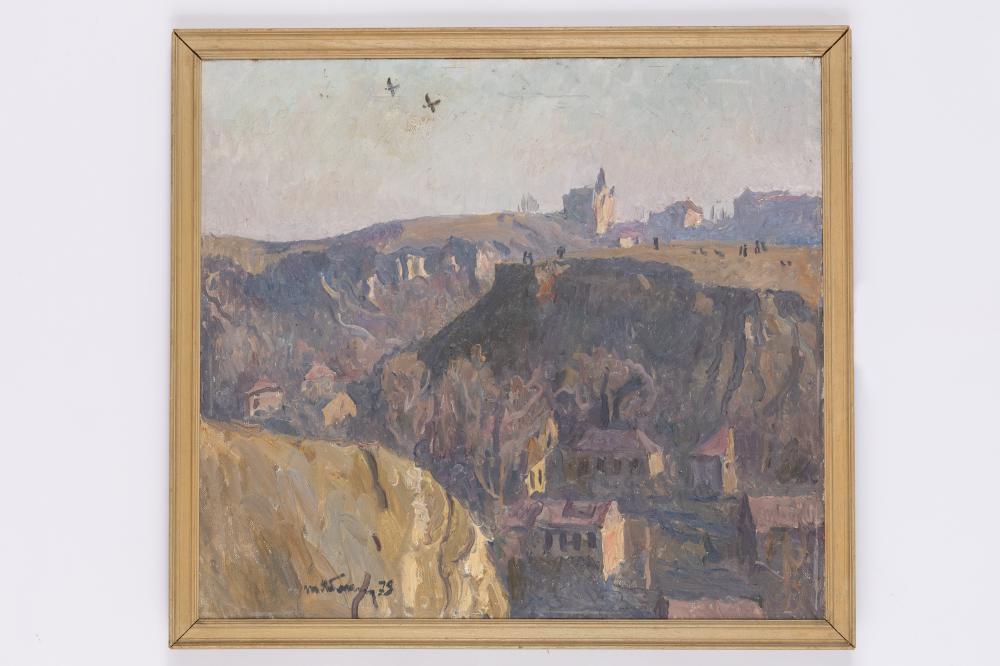 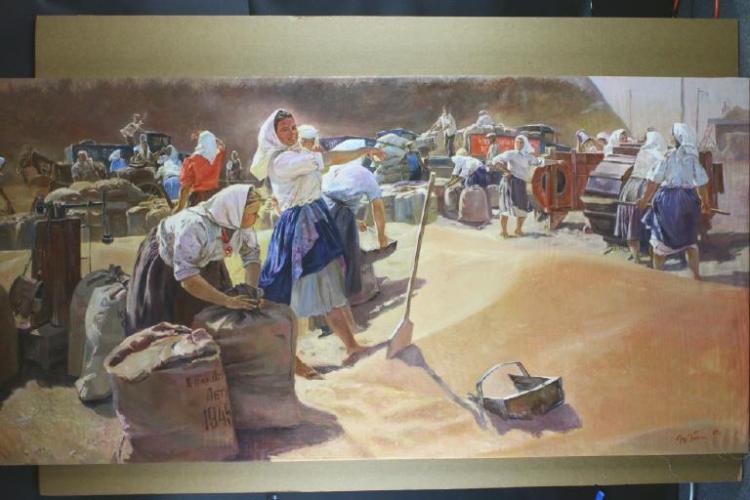 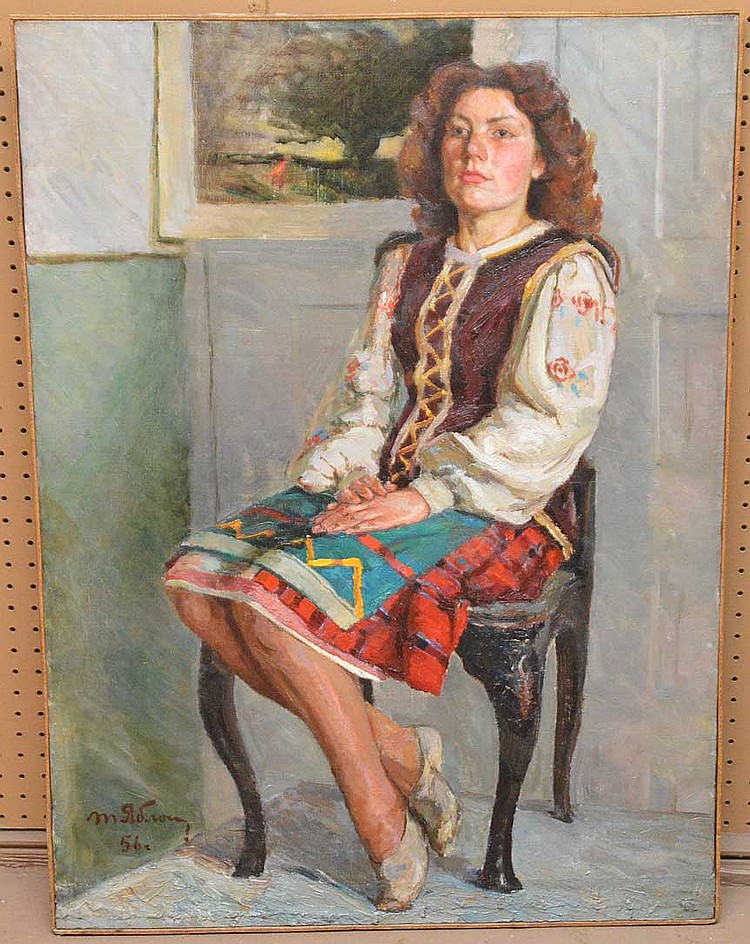 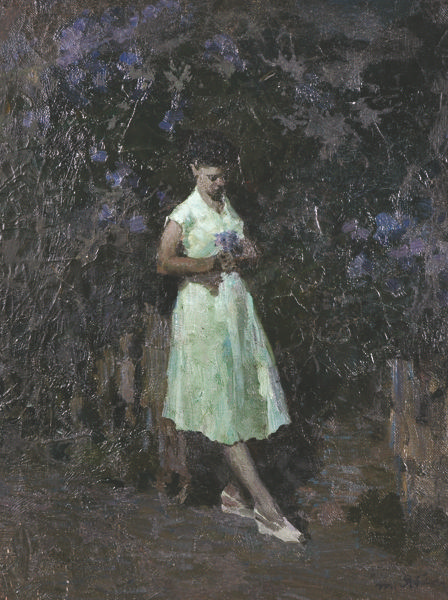 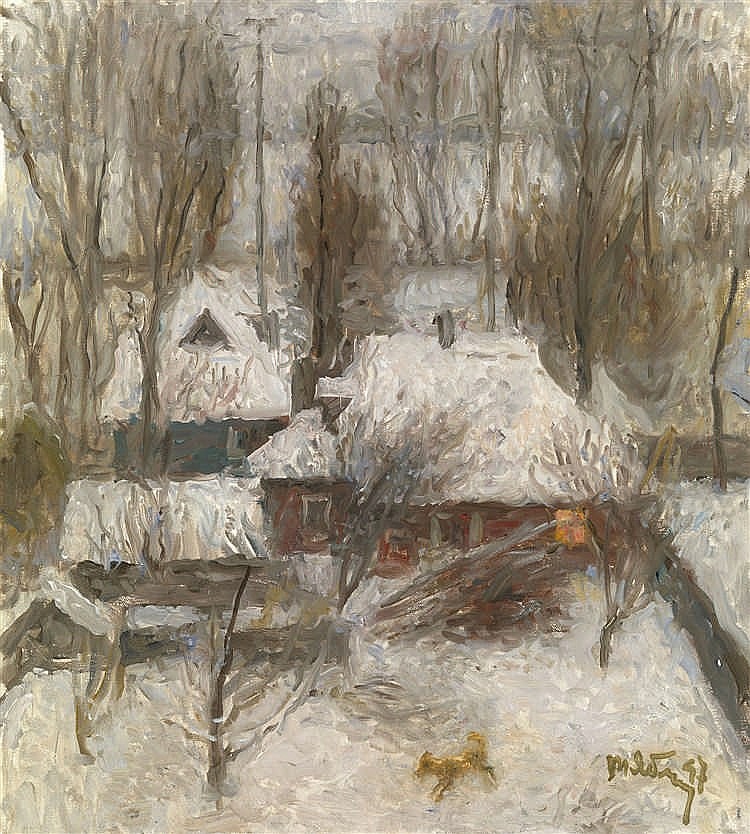 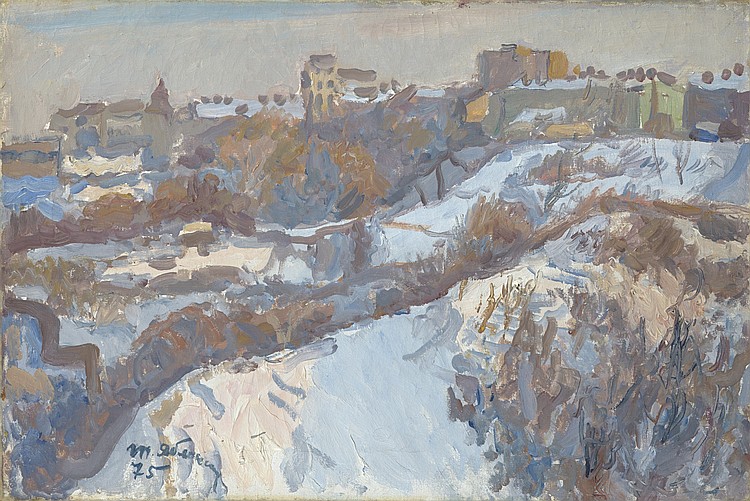